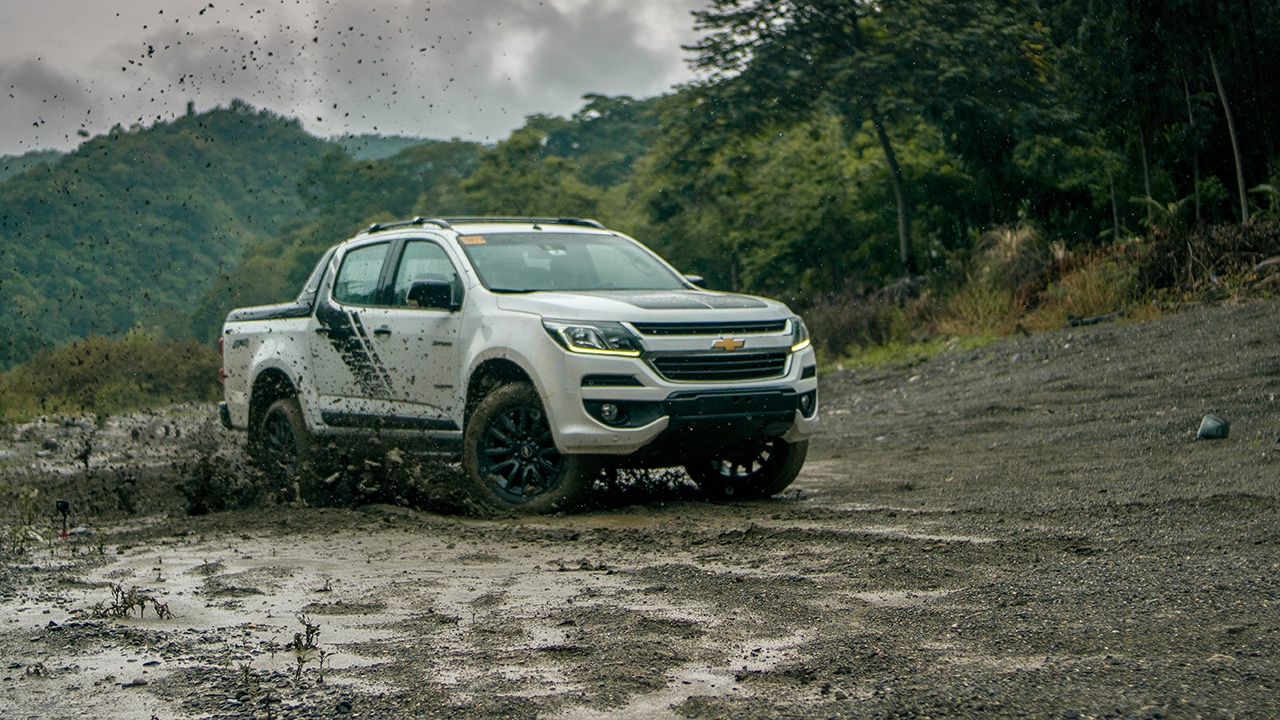 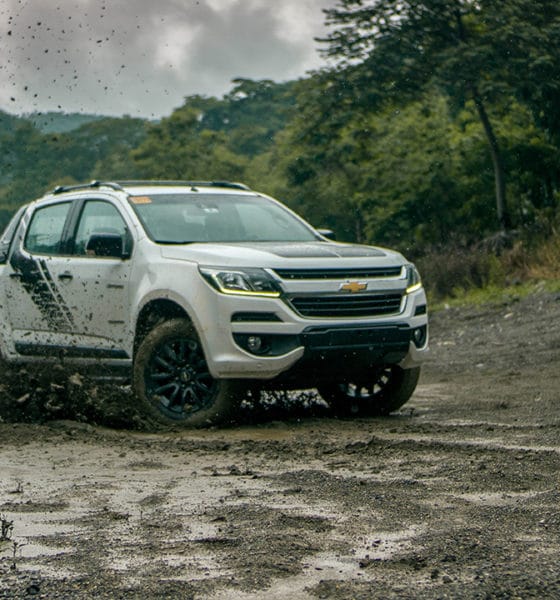 People say your choice of car reflects your personality.

Some like speed, others like high-end luxury, and some others will choose utility and fuel economy over the rest. For the adventurous and rugged guys like me who prefer trucks and SUVs over sedans, the choice is simple: high-performance trucks/SUVs that are tough and stunning to look at are usually the main criteria. I have been obsessed with trucks since I was young and grew up wanting to do nothing more than drive them.

One of my favorite trucks in recent years are the Chevrolet Trailblazer and Colorado ever since they came out in the Philippines around 2013. I’ve read reviews, watched videos, and went to car shows to see them. Though they were not the most attractive looking, they were the best in their class, especially in performance.  The latest facelifted models, however, changed everything. It is now one of the most handsome looking SUVs/trucks you will see on the road today. With the rising trend and popularity of special edition performance off-road trucks, the Colorado had to come out with something of their own. Thus, the Chevy Colorado High Country Storm was born. 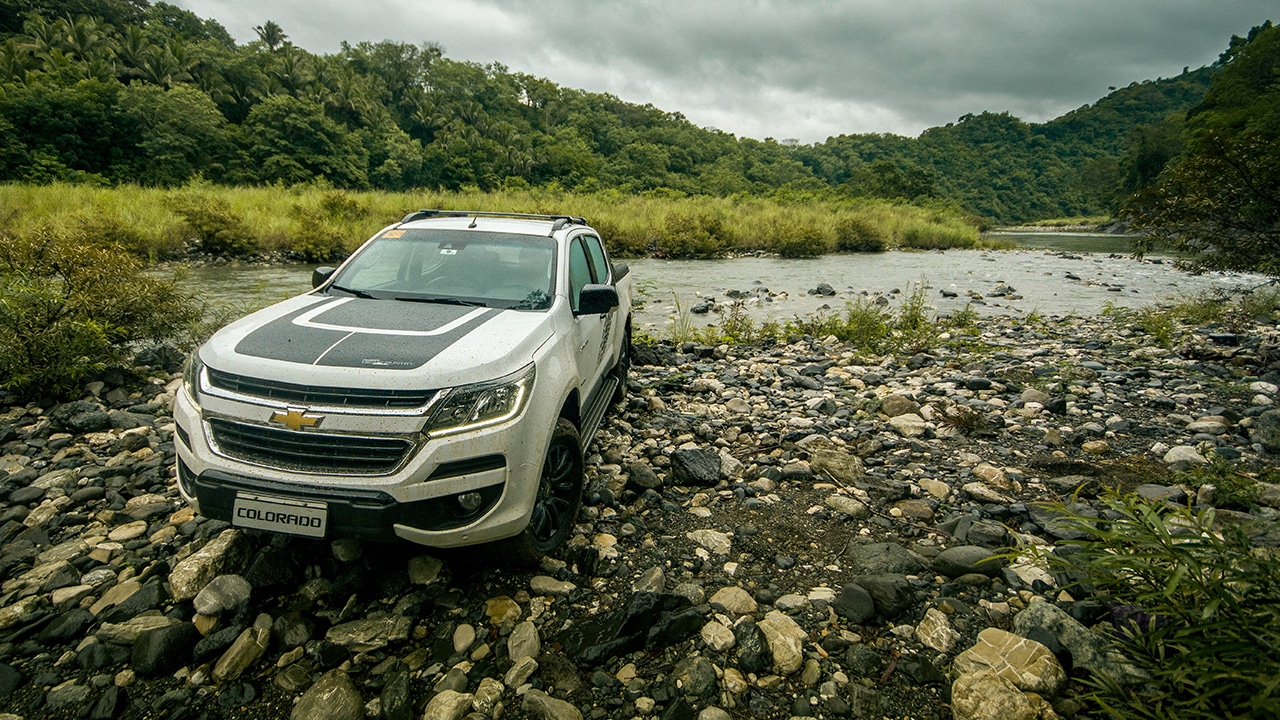 When this truck rolled up to pick me up, it immediately caught my attention even from afar. It was very good looking. You could instantly tell that this is not your ordinary Colorado.  The first thing that caught my attention were its daytime running lights. It gave the truck such a fierce looking facade, making it look somewhat angry and aggressive. I then noticed the decals, its 18-inch blacked-out rims, the black Sport Bar, and a few body trims. All of them put together gave the truck a sporty and rugged vibe. This was what an adventure-mobile was supposed to look like — like a warrior painted for war.

We drove this truck for 60 kilometers to Jungle Base off-road trail in Tanay, Rizal. Driving it on the road, the first thing I noticed was how powerful the 2.8 Duramax engine was especially while overtaking. I felt the acceleration you would normally find in a car running on petrol and it consistently felt like it had more than enough power to get me anywhere on the paved road. The 6-speed automatic transmission with Active Select Manual was also impressive and shifted flawlessly, although tends to switch to a lower gear. I felt very secure and confident driving it on the long winding road, through thick fog and heavy rain. 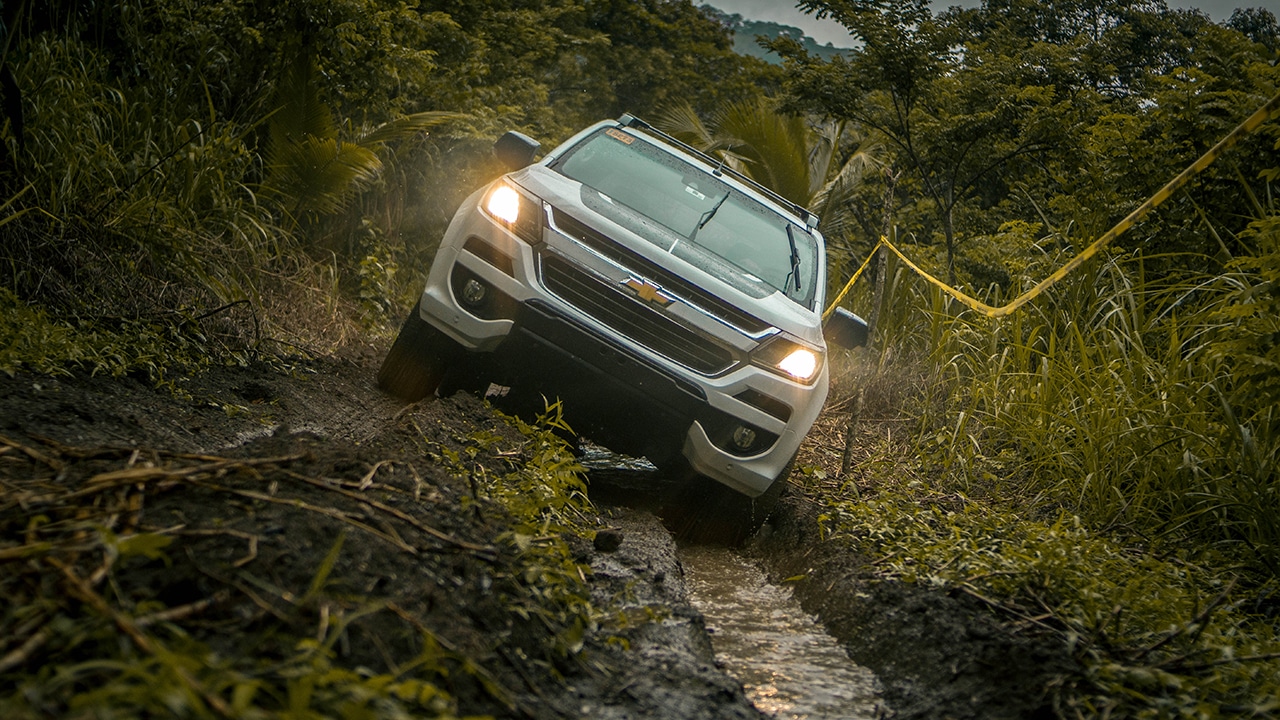 The rain-sensing wipers did the job wonderfully, auto headlights lit up when it got too dark, and traction control made the slippery road a lot manageable. There’s Lane Departure Warning, too, that beeped every time I skewed out of my lane unknowingly. Overall, the truck gave me a sense of safety and comfort. 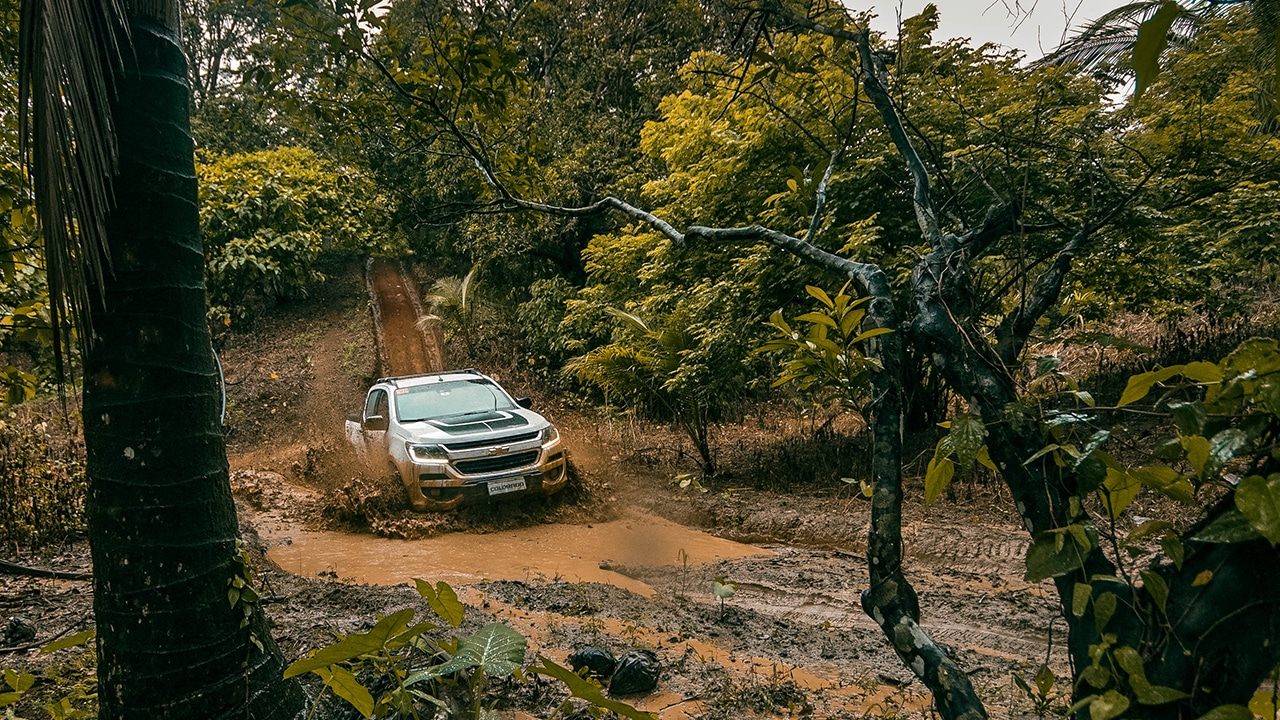 Reaching the dirt road that lead to our destination, switching to 4WD was a breeze with just a turn of a rotary switch on the fly. We drove through mud and rocks until we reached the more challenging area. We switched to low range 4WD, turned on the Hill Descent Control, and all we had to do was steer the car down a steep decline of huge rocks and slippery mud.  This was where it felt even more mechanical, a machine working its own way through the obstacles ahead. You can hear and feel the entire mechanism working hard, braking individual wheels to keep a steady pace.  The wheel articulation was very impressive as it kept the car leveled through large rocks and deep ditches. Every part of the vehicle was working cohesively to keep us going.

We’d like to think we were able to push the Colorado High Country Storm to its limits. We climbed rocks, went through deep mud, steep inclines and declines, tested its wading capabilities through rivers, and even went on axel-bending terrains. Its turbocharged diesel engine — packing a lot of torque — is one of the main reasons the Colorado storm passed all these with minimal effort. 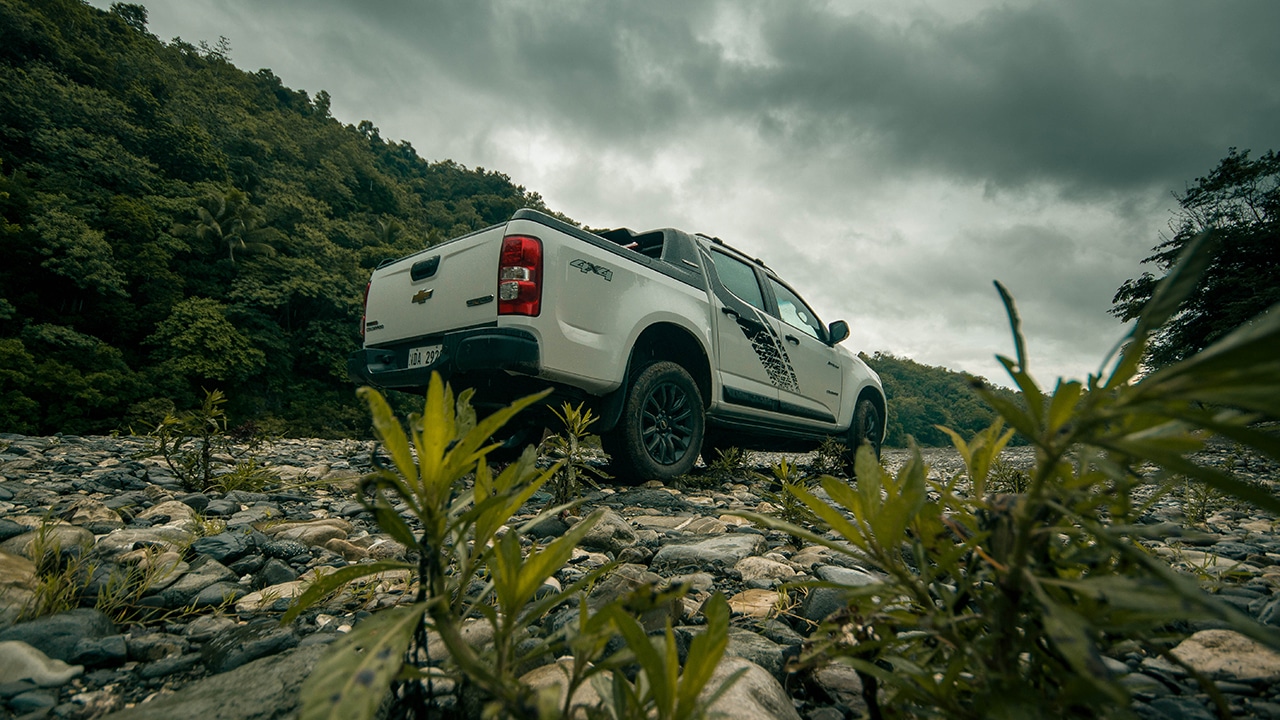 There were, however, a few downsides if you’re picking it out as a dedicated off-roader. There were no locking differentials and it’s a feature serious off-roaders will be looking for and something the competition has. The front bash plates were made of plastic and will protect from mud and water, but can be damaged when rock crawling. You’d also probably want to change its tires out. The stock tires get the job done for off-roading, but it takes extra effort. Ride comfort isn’t the best I’ve experienced and is quite bouncy, although that’s pretty common for pickups. Finally, the Sport Bar they call was mostly covered in piano finish hard plastic. It personally felt out of place and delicate.

All things considered, this truck was amazing and loved our time with it. It was fun to drive, very reliable, and stunning to look at. Just see for yourself. 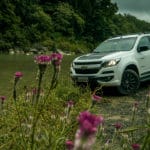 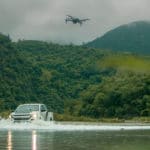 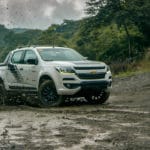 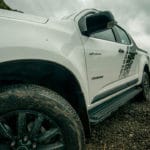 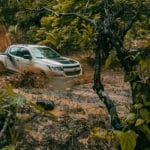 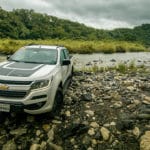 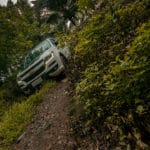 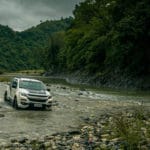 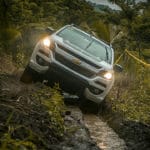 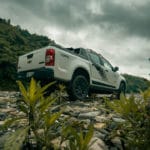 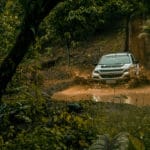 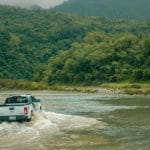 Still can’t get enough of it? More action shots here: