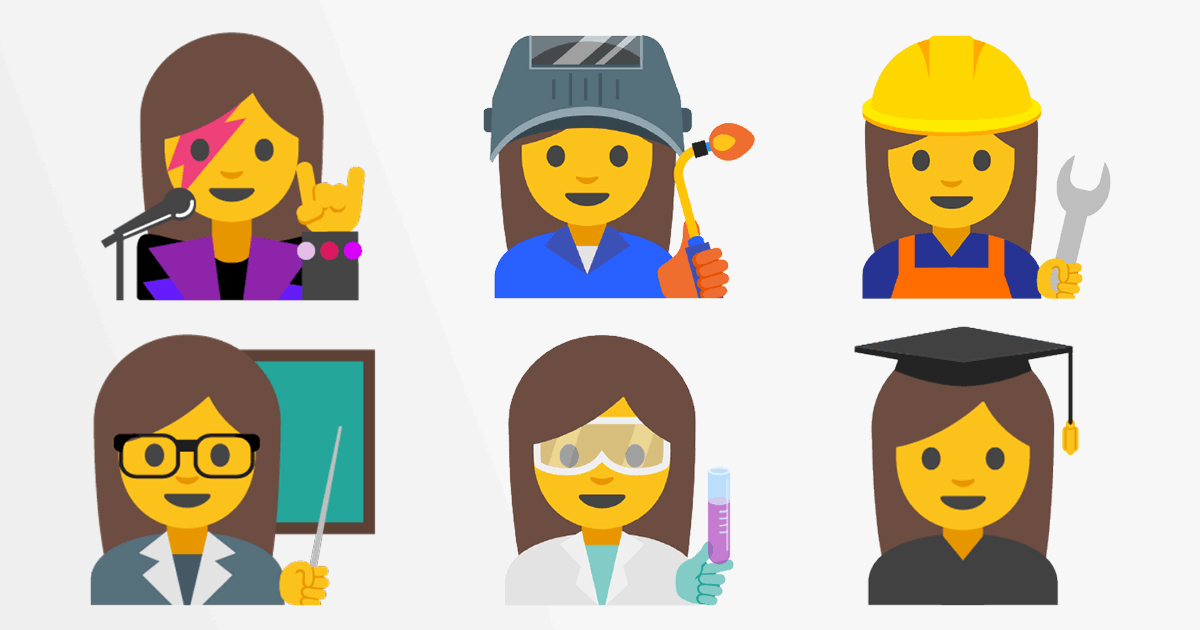 Google’s proposal to add a new set of emoji that highlights various career opportunities available to women has been approved by the Unicode Emoji Subcommittee. A total of 11 new emoji, representing “a wider range of professions for women (as well as men)” in different skin and hair colors, will be available in future versions of Android and other platforms.

Although Unicode argues that it does not normally specify the gender of the current emoji (i.e. the police officer is not a policeman), vendors usually have to choose the appearance of only one particular gender to display to get a greater sense of realism, resulting in limited choices for users. With this update, however, more characters can now be either male or female.

While using emoji to communicate may seem like something only teeny boppers and millennials do, a study conducted by Emogi shows the use of emoji knows no age – with frequent users above 60 percent for all ages surveyed. According to the report, 90 percent of the online population use emoji to help them communicate accurately what they think.

While 78 percent of women use emoji, Google feels the current crop of emoji does not empower young girls, nor does it reflect the pivotal roles women play in the world today.

The rollout date of the new emoji has yet to be announced, but they may take some time to show up.

Oh, and Happy Emoji Day, everyone!