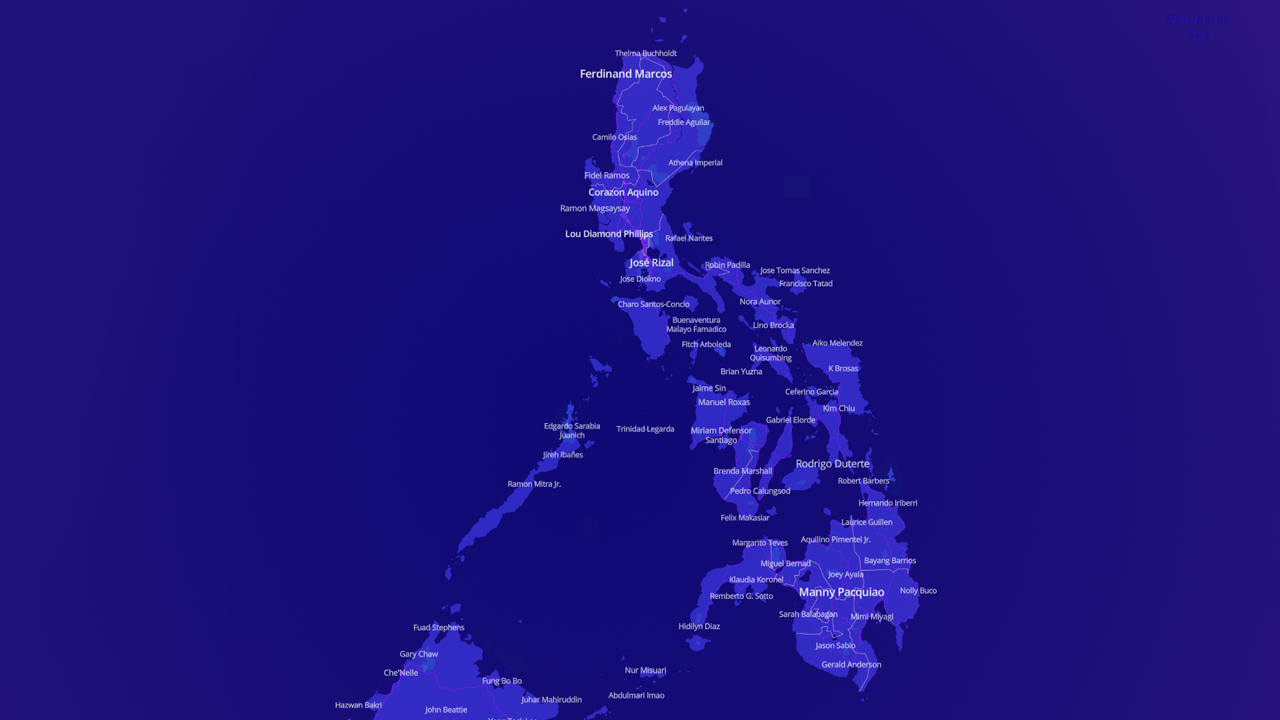 While it’s easy to name certain people as the country’s most notable individuals, it’s not as easy to go down to a more microscopic level. Do you know a province’s most popular person? A city’s? A town’s? If you, like us, are struggling to name someone, check out this interactive map to see who’s the most popular and most notable person in your hometown.

Created by mapmaker Topi Tjukanov, the map allows users to zoom in to any specific area to see which famous person hails from that location. If you go down to street level, you can see who’s near you.

Plus, it’s not just limited to a generalized popularity contest. Users can filter their search to focus more on culture, science, politics, or sports.

Now, the map is not the most definitive way to determine true notability. Tjukanov measured the metric by checking the stats of their Wikipedia pages. If you’ve ever been in an academic setting, you’ll know that the site isn’t the most comprehensive of sources. However, it’s still a good way to measure how popular something is from a global perspective.

Clicking on the names on the map also reveals their notability index based on the statistics. It also shows whether a person is probably alive or dead.

3 things to remember before packing your sensual gadgets

Keep these in mind so they don’t get confiscated 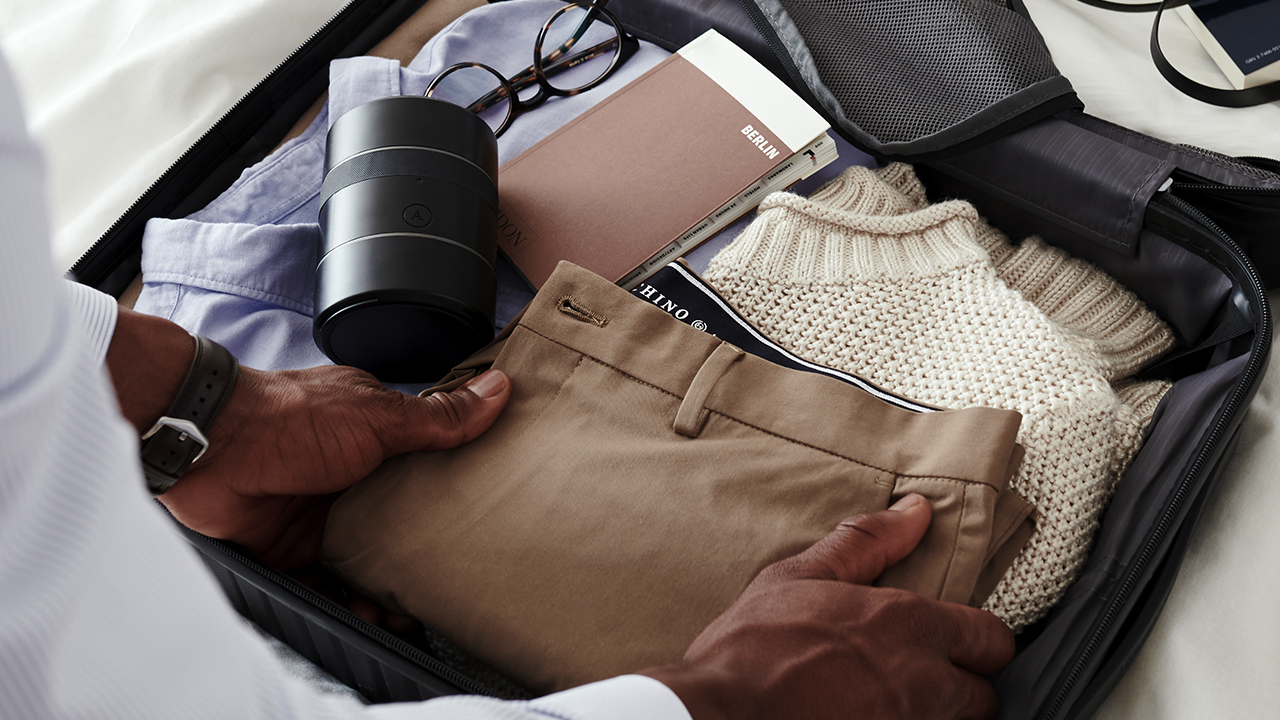 Having a sex toy is not a crime, at least in several countries. Up until this moment, sex toys are still considered taboo, despite being packed with technology that they’re easily deemed as personal gadgets for self-pleasure.

During the pandemic, the shipments for sex toys rose since both singletons and couples are locked up — finding ways to quench their thirst and hold their libido in order to be safe from the rampaging virus.

Now that the world is starting to open up for domestic and overseas travel, people are starting to book their flights to make those long-overdue trips materialize into reality.

With the changes in behavior regarding self-pleasure, it’s easy to slip your favorite toys into your luggage so that you can bring your vibrating companion wherever you go.

But before you pack these travel companions, here are some things to remember:

Not every country is willing to bat an eyelid at the sight of your beloved companion. That’s probably the case for the United States and the United Kingdom where sex toys aren’t illegal.

Countries like India, the United Arab Emirates, and the Maldives classify sex toys along the same lines as firearms, explosives, and weapons under the category of illegal pornographic material. This is the same for most Islamic countries.

If you don’t want your toy to get confiscated, or worse, find yourself behind bars and get persecuted, take the time to research the laws surrounding sex toys in your desired destination. Just to be really safe, keep them in your bedside drawer while you’re on holiday. 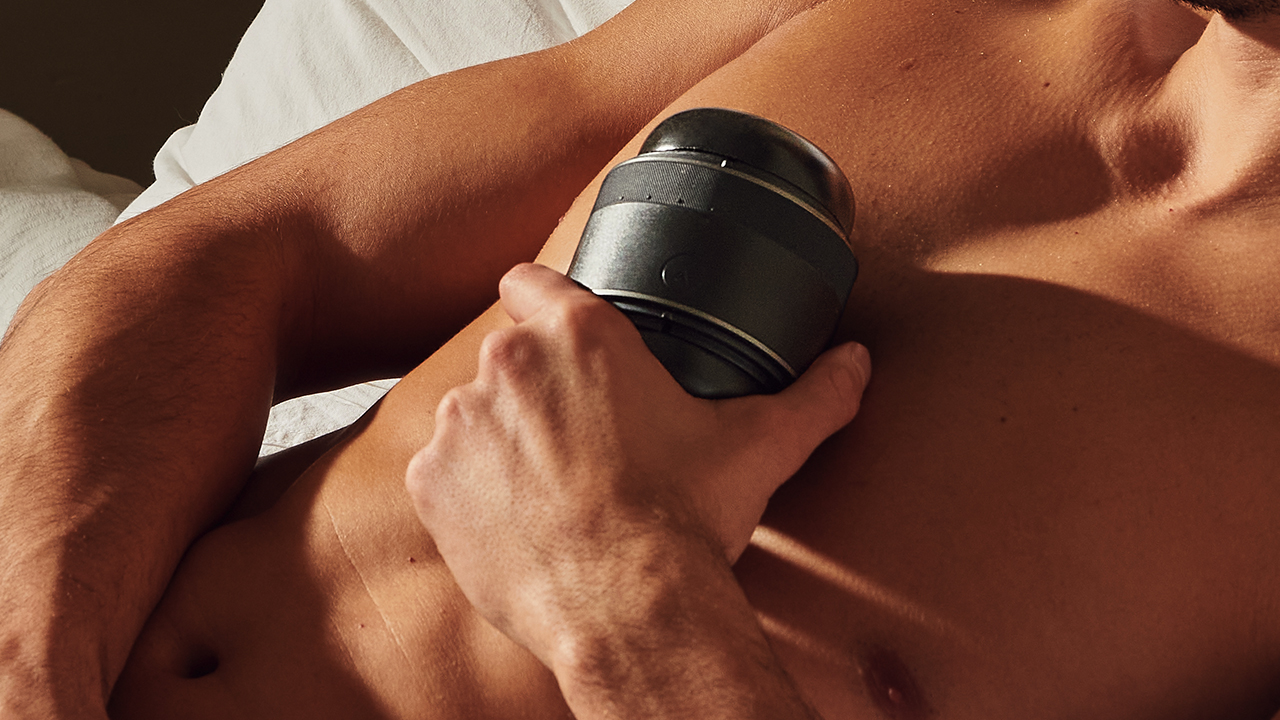 Good things come in small packages. That’s particularly true for sex toys when you pack them inside your luggage. If the country you’re visiting allows you to bring your beloved toy, there are still restrictions you’ll need to check. For instance, the United Kingdom states that tools in carry-on baggage must be under 6cm.

If you don’t pack a compact device as your travel companion, it’s bound to be confiscated. Luckily, there are small, discreet, yet powerful bullet vibrators that you can bring with you anywhere you go. Such an example is the We-Vibe Tango X.

On another note, if you’re still ancient and use battery-powered toys, don’t forget to remove the batteries to avoid them going off in the X-ray machine. 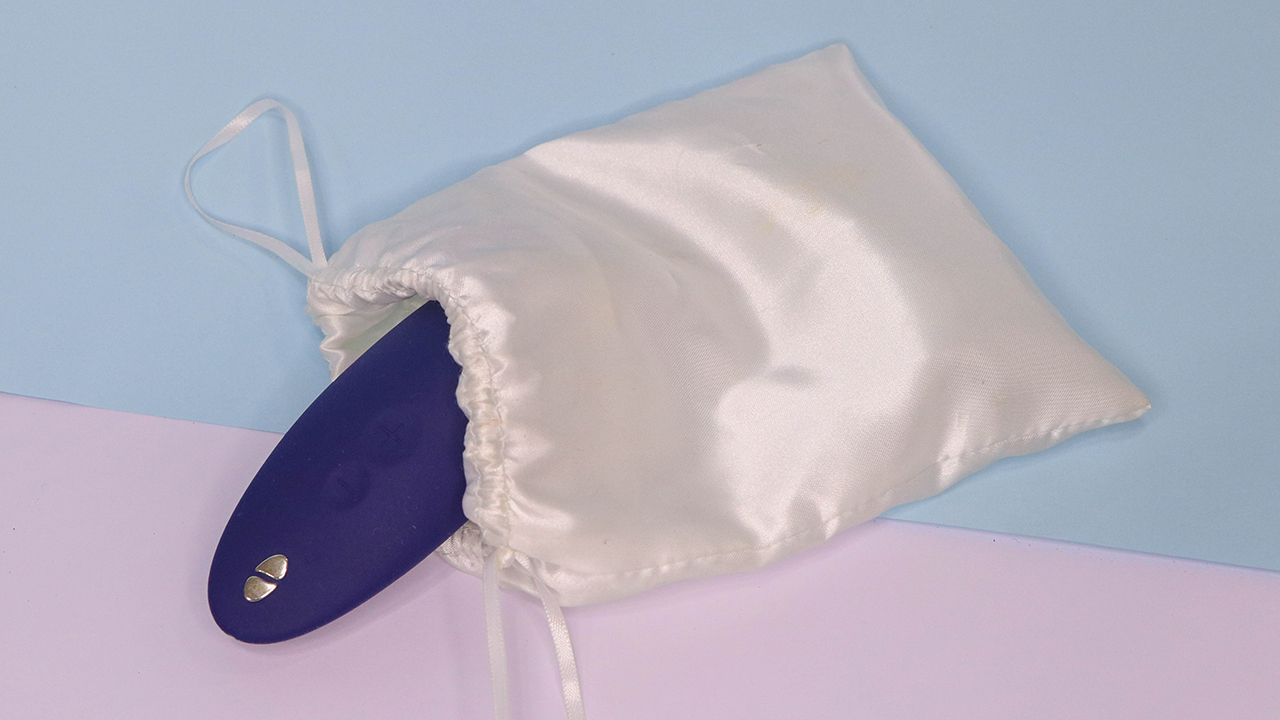 We love it quiet

On certain occasions that your toys started vibrating in your suitcase, it’s important that they remain quiet. To avoid cases like this, it’s important to look for devices with travel settings.

If my beard trimmer can stay locked while in my luggage, your sex toys should, too. For instance, the We-Vibe Melt comes with a travel lock feature so that it won’t turn on by itself once activated.

Other toys that you might want to check out are the We-Vibe Chorus (if you’re coupled up) or LIBERTY by Lily Allen which comes with a travel cover.

SEE ALSO: 6 sex toys to help women achieve pleasure like no other | The sex toy every sophisticated woman should own | 3 must-haves when traveling, in case you want to be like ‘Emily in Paris’

Show off your Super Moms! 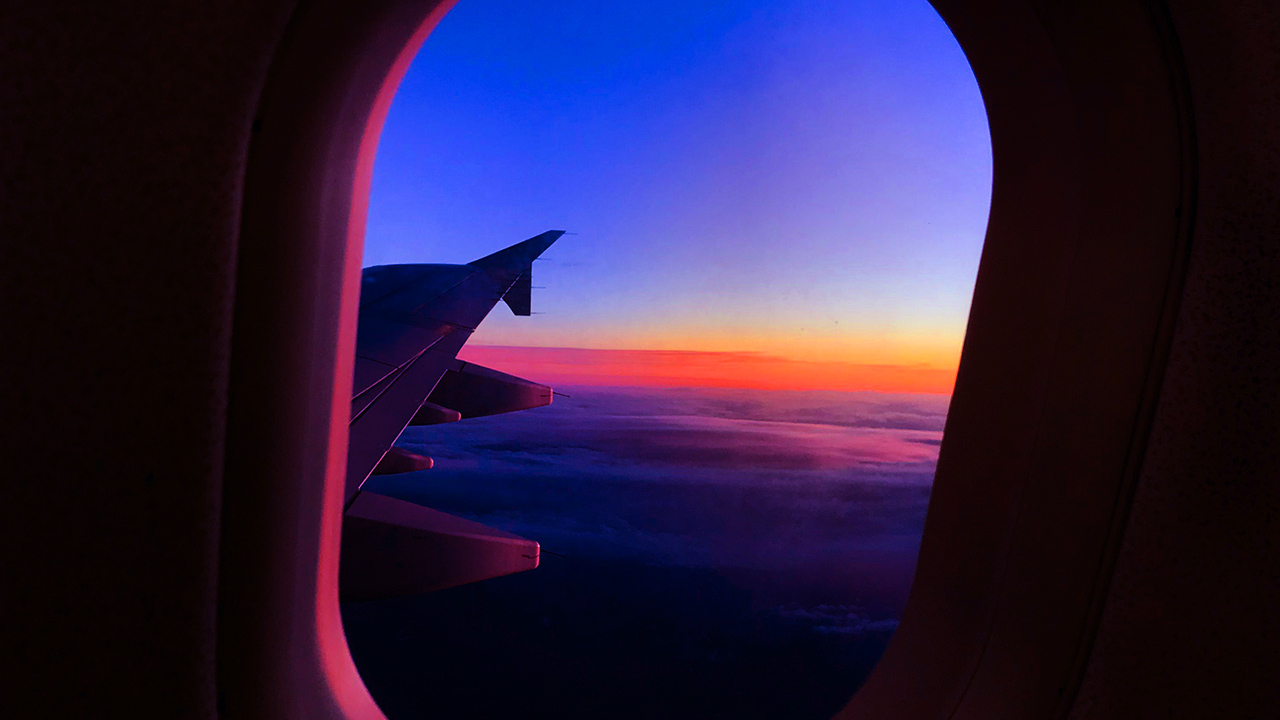 Heads up! The airasia Super App is giving away free flights and accommodation packages to “SUPER” moms.

As part of Mother’s Day celebration, the airasia Super App is calling for nominations for Super Moms. Participants can submit their entries on Instagram from May 2-6, 2022 — via @airasiasuperapp.ph — by sharing a post about what makes their nominated moms “Super.”

Any story of hope and inspiration that makes the mother or mother figure truly super is qualified for the entry.

Two other winners will receive an overnight staycation for four.

It’s called a Super App for a reason! 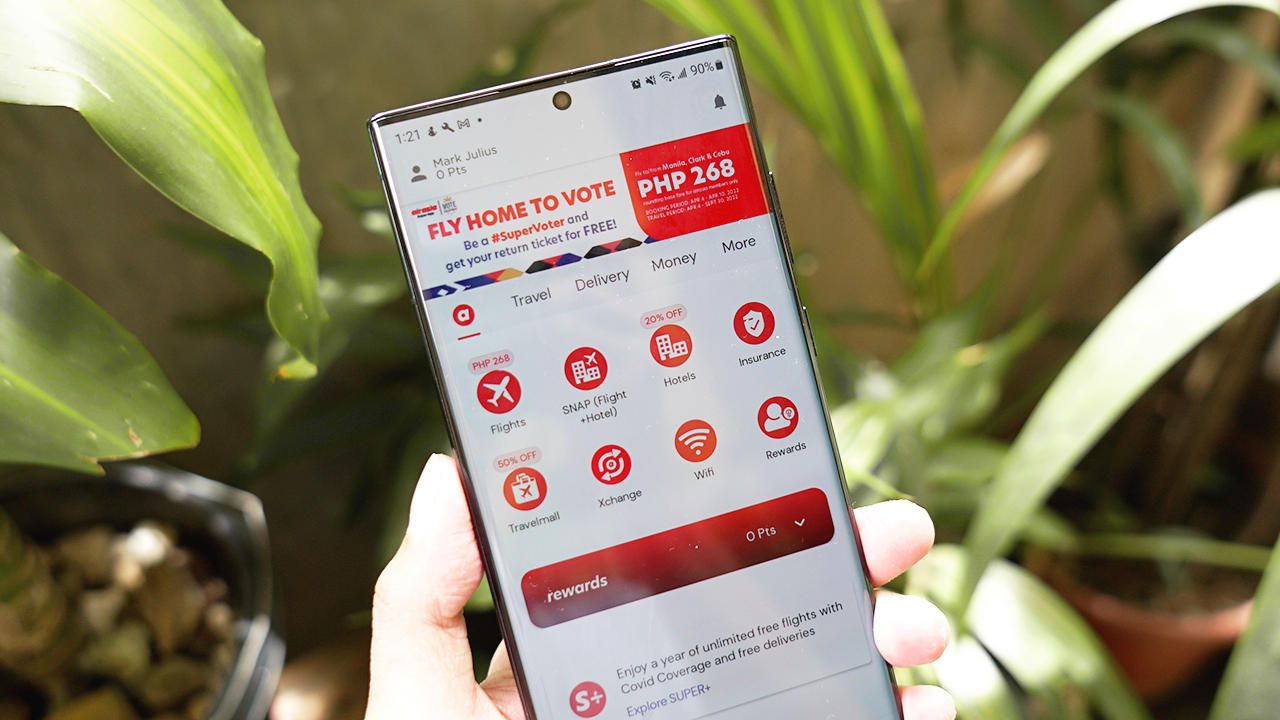 Following its success in Malaysia and Thailand, the app is expected to change the local e-commerce game in the Philippines. Especially with the country’s efforts gearing towards its post-pandemic recovery.

Currently, the airasia Super App is the first and only one-stop-shop travel and lifestyle app in the country. It allows users to compare and book flights to more than 3,000 destinations with over 700 airlines to choose from.

For example, you can only visit El Nido — one of the most beautiful islands in the world — through a direct flight via AirSWIFT. Meanwhile, AirAsia doesn’t have a direct flight to El Nido. This means passengers should get off in Puerto Princesa and take land travel up north to reach El Nido. Through the Super App, you have the option to book AirAsia’s flights or even AirSWIFT.

The airasia Super App lets you find accommodations. It offers a roster of over 200,000 hotels to help you secure the best deals. Moreover, the Super App aims to take a jab against the likes of Grab and Klook. It also has services such as car rides, parcel deliveries, travel packages, and activities in the nearest future.

“With the reopening of borders across the region, we are sure that Filipinos will find the best travel deals on our super app, and enjoy other lifestyle offerings such as airasia food, airasia ride, airasia xpress and more when they travel to other countries like Malaysia, Thailand, Indonesia and when they’re introduced in the Philippines soon,” says Tony Fernandes, CEO of Capital A Berhad.

The Super App also presents a digital tax-free shopping platform called TravelMall, which will allow users to shop for food, clothes, and other products at lower prices in just a few taps.

Full-on support from the Philippine government

“With innovation, it’s all about introducing new ways of doing things, processes, products and services. Obviously, that kind of mindset is what we need with or without pandemic. What Super App is doing is definitely one step and probably many steps towards innovation,” says Mon Lopez, Secretary for the Department of Trade and Industry (DTI).

Emmanuel Caintic, acting secretary for the Department of Information and Communications Technology (DICT) also congratulated Capital A on the launch.

“airasia has once again proven itself to be a digital company that evolves with time and is committed in developing relevant business solutions for the people. The official launch of the airasia Super App is a remarkable milestone as it makes technology in travel, lifestyle and financial services more understandable, affordable and flexible,” Caintic stated.

Further, Caintic described the Super App as “a testament to pivot to digital economy because it’s the best driver for growth.”

Celebrating the milestone with a month-long Super Sale

The airasia Super App offers a Fly Home to Vote Promo. Users can book from April 3 to 10 and travel from April 3 to September 3, 2022. The promo encourages Filipinos to practice their right to vote in the May 9 elections.

If you’re flying domestically, get airasia Super App’s Online Travel Agency 20% discount with promo code PHSUMER20. The airasia TravelMall also offers a special promo from April 1-30, 2022 for those flying back home. Simply use the promo code PASALUBONG50 to slash as much as 50% off of TravelMall items.

The airasia Super App is available in the App Store, Play Store, and the AppGallery.