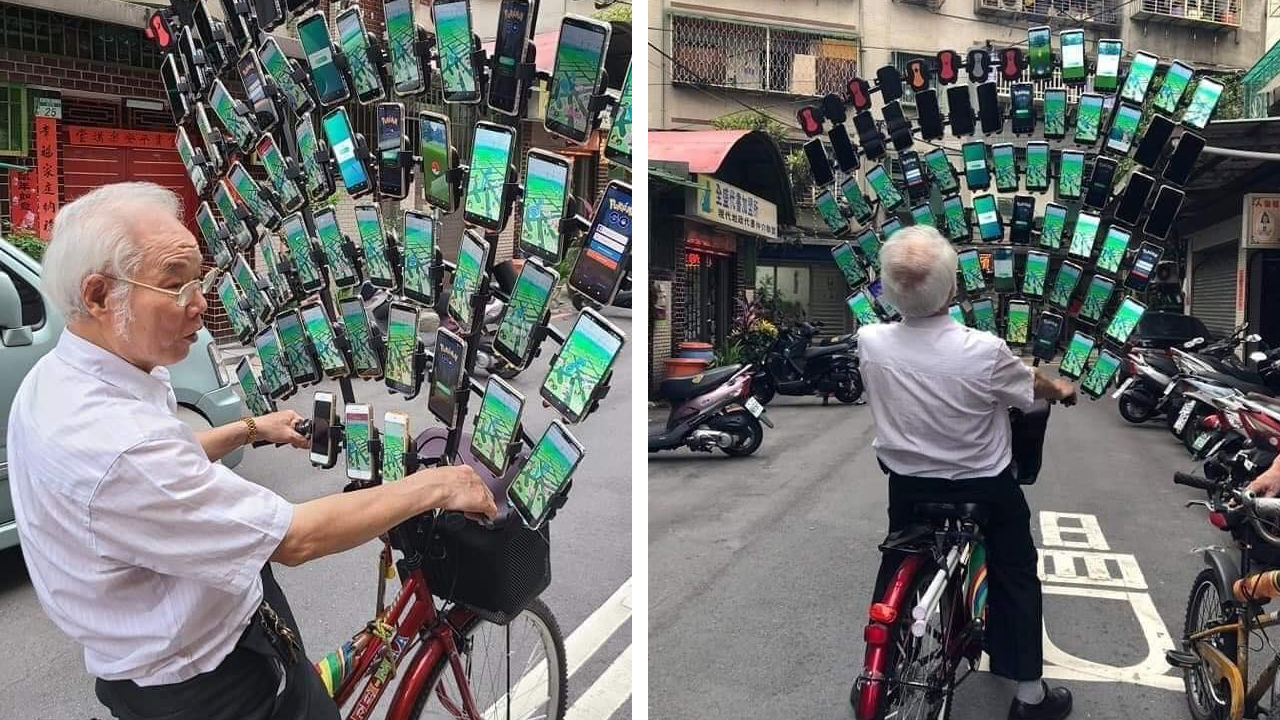 How addicted are you to Pokémon Go? No matter how addicted you think you are, you will never top this gaming grandpa.

In Taiwan, Chen San-yuan, the professed “Pokémon Go grandpa,” has successfully mounted 64 smartphones onto his bike to play the addicting creature-catching game. The huge mount is gigantic in proportion, towering over Chen’s vision.

According to an old interview, Chen started playing the game in 2018 after his grandson introduced the game to him. After which, he started building his mobile Pokémon Go bike, starting off at just 11 devices. A year later, he grew his collection to 45 simultaneous devices (which, at the time, weighed around 30 kilograms for the entire setup). This year, his bike is now at a whopping 64 devices.

According to another interview by Brandon Tan, a Pokémon Go YouTube creator, Chen is sponsored by ASUS, which gives him as many phones as he needs. All 64 of his phones are from ASUS. Further, he always carries bundles of industrial power banks to keep his setup fully charged throughout the day. Often, he allows nearby children to help him catch Pokémon in certain hotspots.

Regardless of how you play the game, Chen has already beat everyone to become the very best like no one ever was.