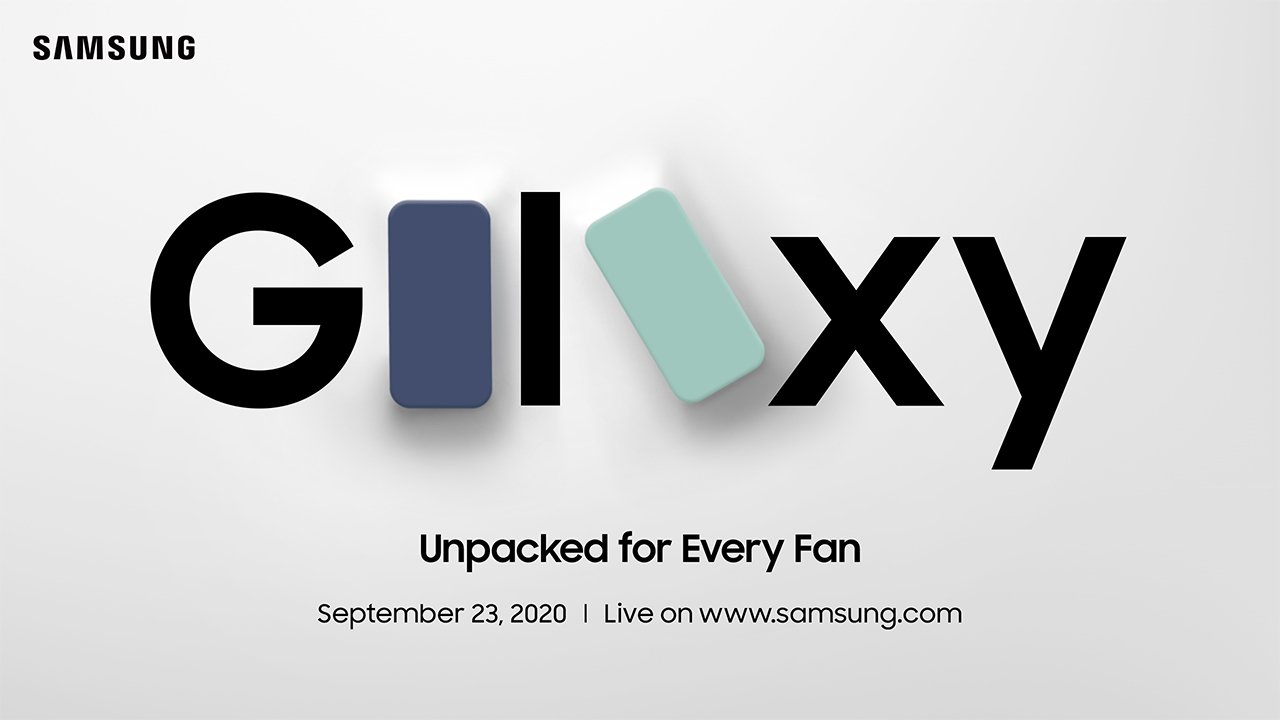 Recently, Samsung accidentally leaked the rumored Galaxy S20 Fan Edition (or Galaxy S20 FE) in Samsung Philippines’s official website. The website page all but confirmed the rumors of its existence. Unfortunately (or fortunately for Samsung), the listing did not spoil any specifications, prices, or launch dates. We just know it exists. Today, we can finally lay some more rumors to rest. According to a newly sent invite, the Galaxy S20 FE will likely launch on September 23.

Earlier today, we received an invite from Samsung for an upcoming event on Wednesday, September 23. As expected, Samsung did not spoil what’s coming on the announced event. However, the event’s tagline, Galaxy Unpacked For Every Fan, practically screams about the Galaxy S20 FE.

Further, the accompanying graphic reveals differently colored smartphone silhouettes, occupying the same space as the two A’s in “Galaxy”. The colors cycle through navy blue and lavender, two colors already confirmed for the Galaxy FE. Besides the two, the graphic also reveals turquoise, red, white, and orange variants, which were leaked elsewhere.

Also, if it means anything, the graphic loops back around to navy blue and turquoise. Either Samsung just wants a cutesy graphic or having two navy blue and turquoise variants might mean something. At the risk of reading further into it, this strange tidbit can potentially hint at a Galaxy S20 FE variant with higher (or lower) specs.

In any case, Samsung is likely hosting the online-only launch event on September 23, 10am EST. You can tune in to their official page to watch the unveiling.

SEE ALSO: Samsung is set to launch the Galaxy S20 FE in October