Taking hybrid to the next level 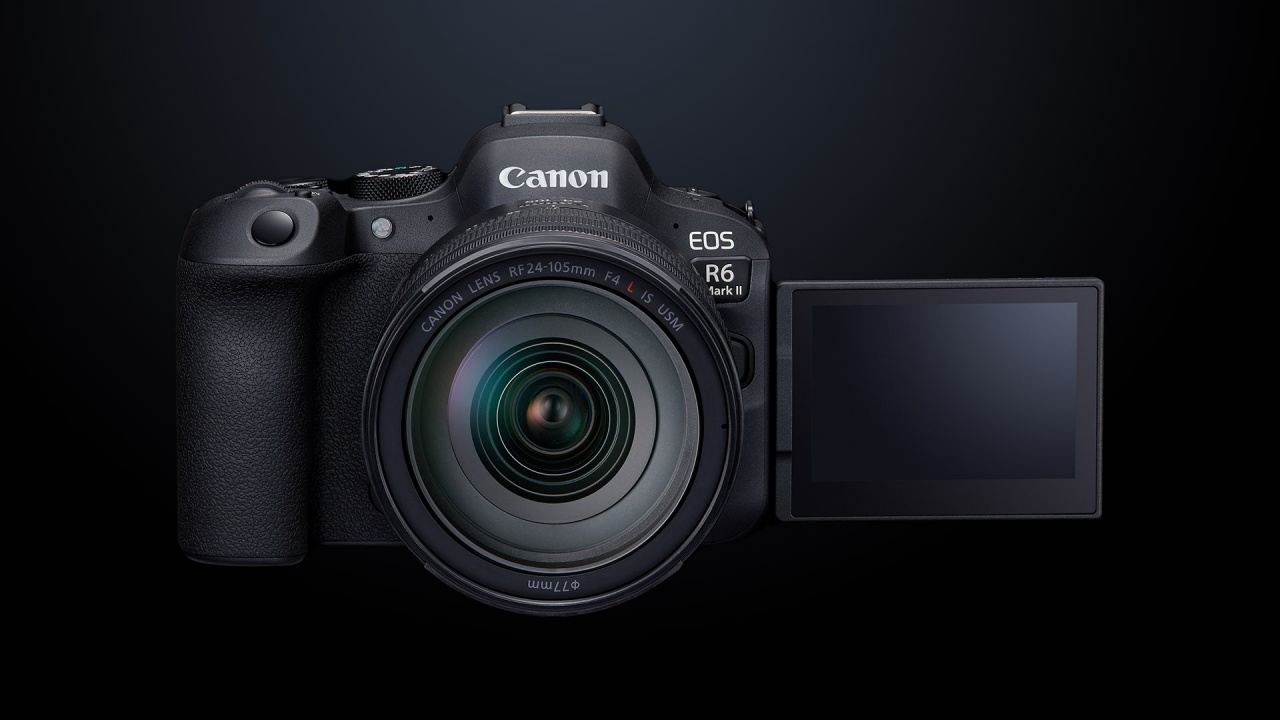 The union of systems

The Canon EOS R6 Mark II is a mirrorless camera featuring a 24.2MP full-frame CMOS sensor. Paired with the DIGIC X processor, it promises better quality photos with reduced noise. Speaking of noise, the camera can reach an ISO of up to 102,400 and low-light sensitivity below EV -6.5. 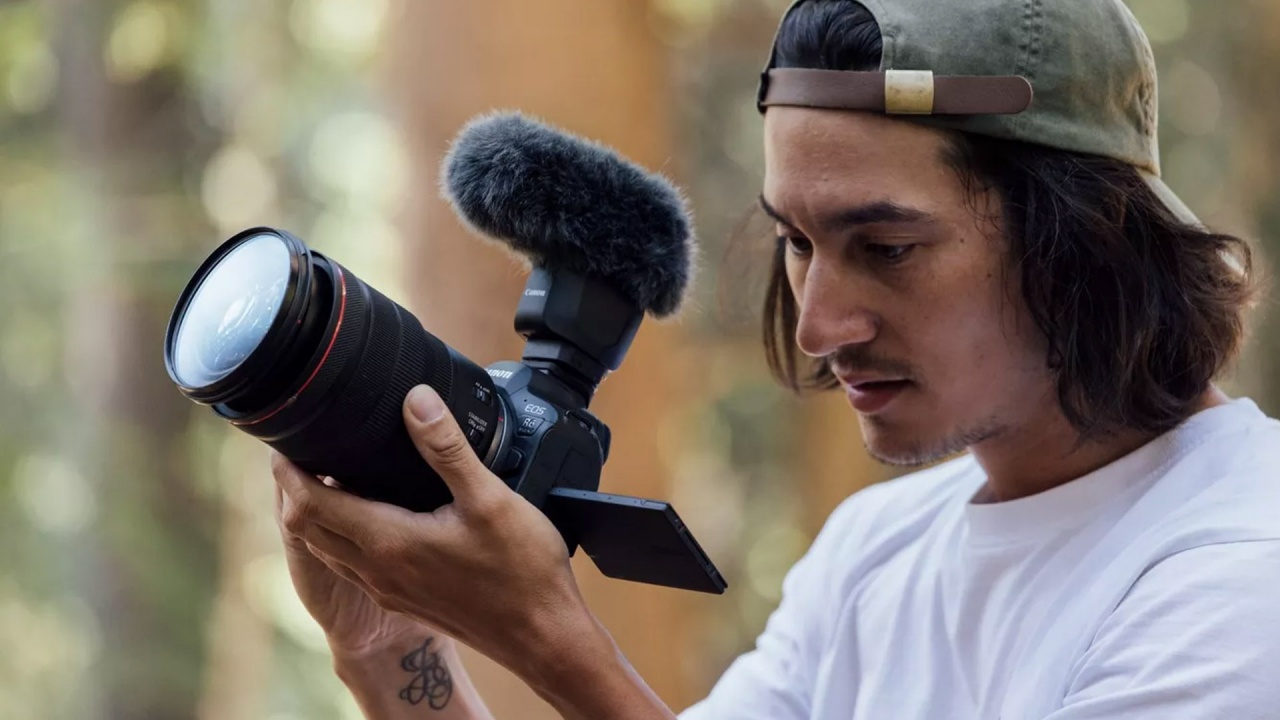 If you’re concerned about display when shooting, the EOS R6 Mark II offers a fully-articulating 3″ LCD with touchscreen that enables you to shoot in various angles, whether overhead or low down.

Not a fan of screen shooting? The EOS R6 Mark II has a 0.5″ OLED EVF (Electronic View Finder). With 3.69-million dots and a refresh rate of up to 119.88 fps, it’s as great as how you look at Optical View Finders found on DSLRs. 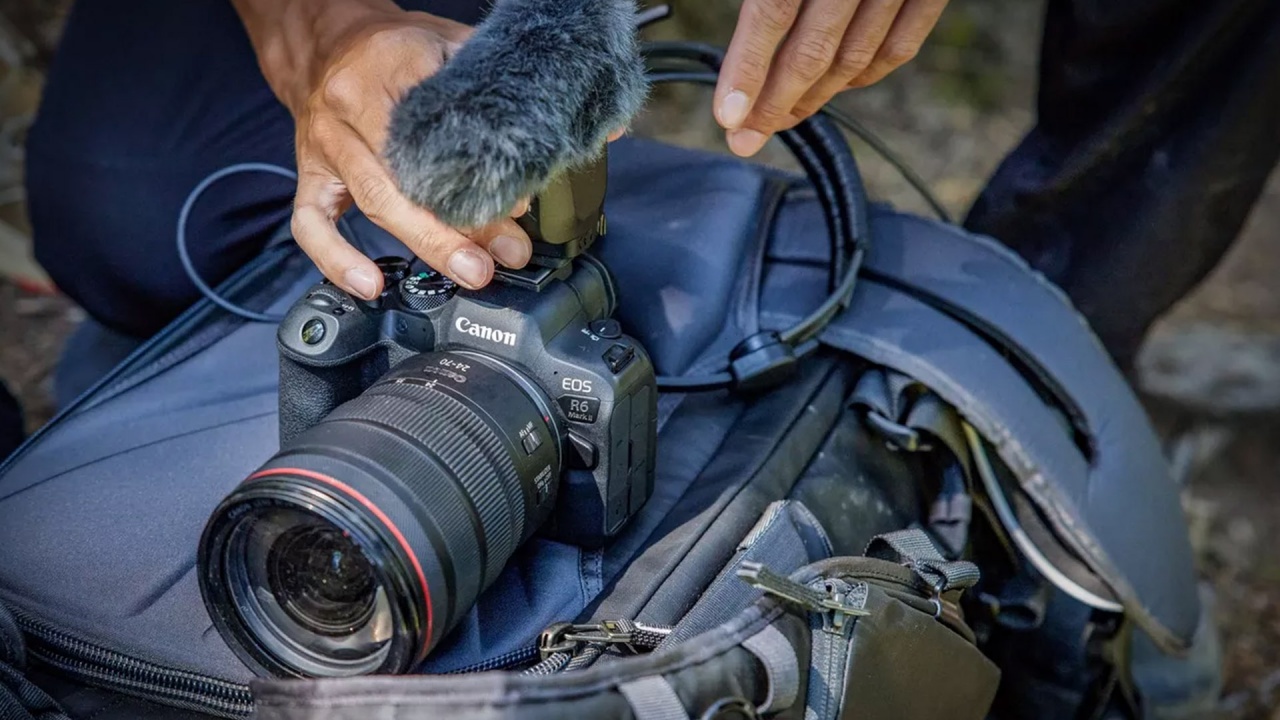 If you’re shooting a lot of action, Canon has the improved Dual Pixel AF CMOS II system with an outstanding AF zones of 1,053 and approximately 100% AF coverage.

Other than that, there’s the EOS iTR AF X (Intelligent Tracking & Recognition Autofocus) that can now track horses, trains, and airplanes aside from people, animals, and other vehicles. There’s even Deep Learning-based Subject Tracking and Auto Subject Detection as well for better tracking. This also makes an 80% faster AF performance than its EOS R6 predecessor.

For burst mode shots, you can shoot 12fps under Mechanical Shutter and 40fps with Quiet Mode support under Electronic Shutter. That’s very ideal for concerts and wildlife shoots. 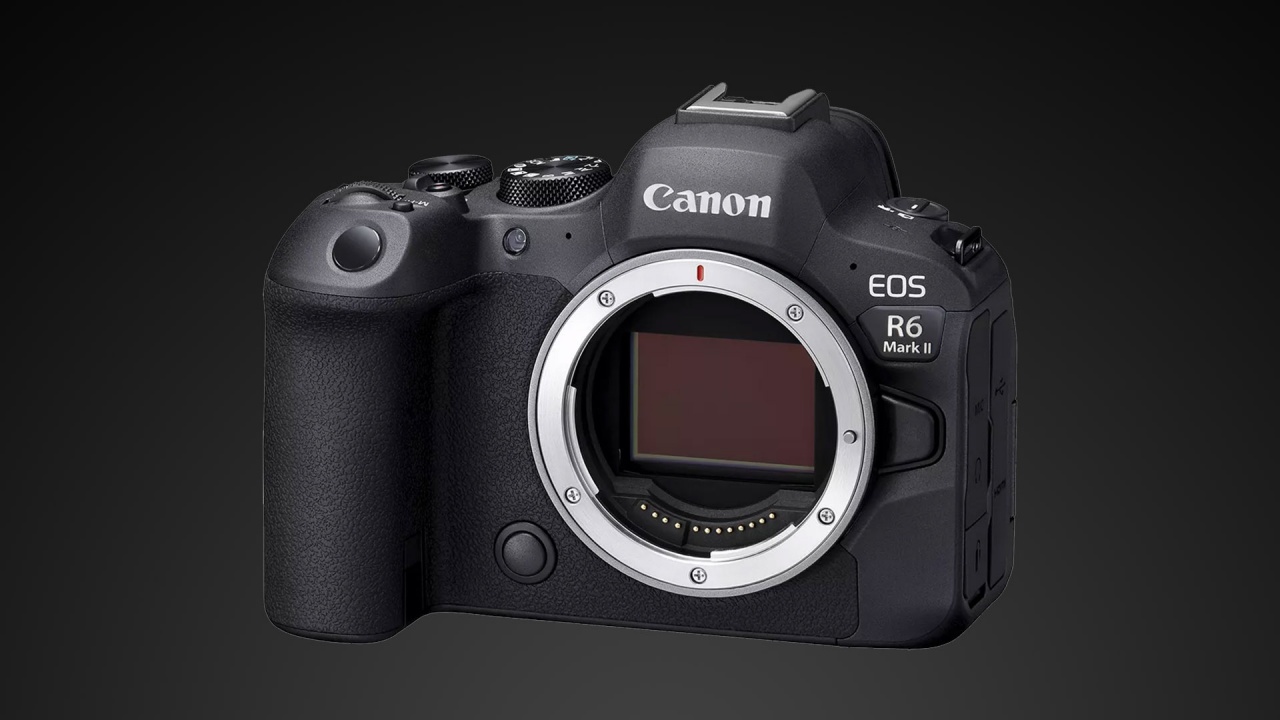 If you’re that serious in videography, the EOS R6 Mark II not only offers the usual 4K/60p video recording, it also supports a jaw-dropping 6K/60p with 10-bit RAW HDMI out. And if you’re a sucker for slow motion, this hybrid camera can also shoot slo-mo Full HD at 180p.

Worried about shaky footages? Canon combines three image-stabilizing systems in one with Coordinated Control. That’s the fusion of 5-axis In-Body Image Stabilizer (IS), Optical Image Stabilizer (OIS), and Movie Digital IS. There’s even the Canon Log 3 if you prefer flat-looking shooting profiles that allows you to be versatile in color grading. 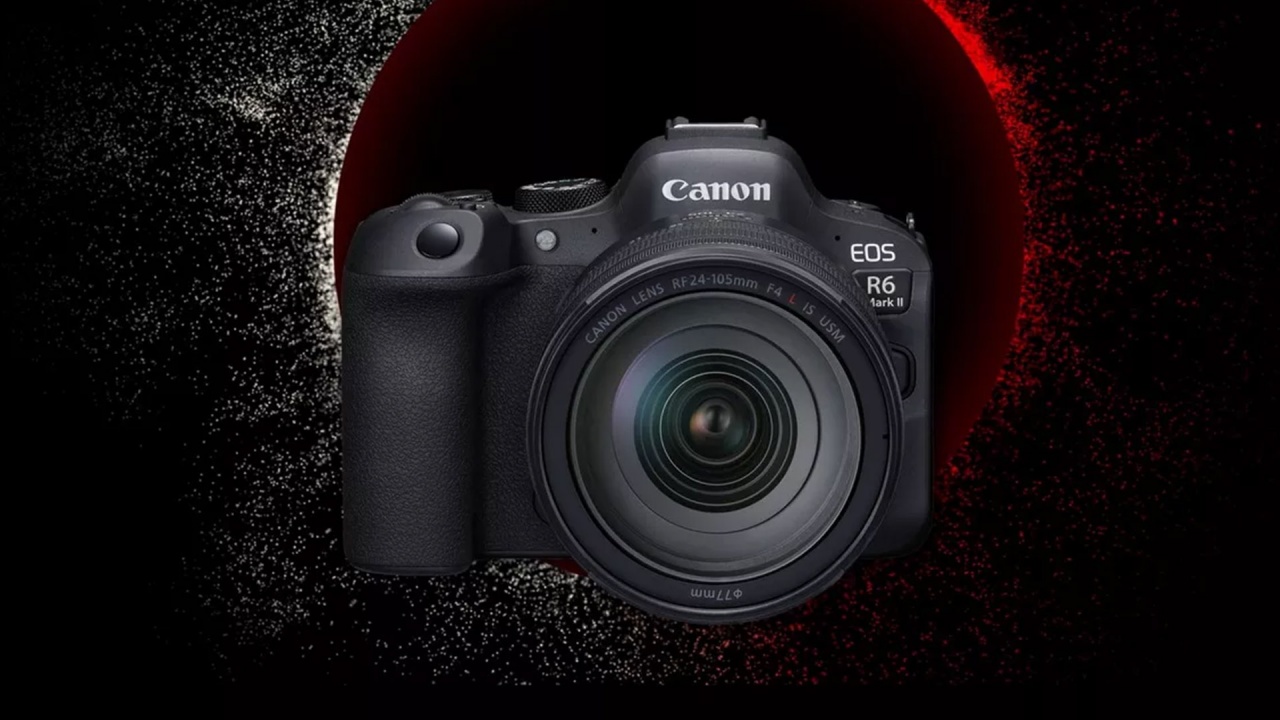 Much like iPhone’s Cinematic Mode, the EOS R6 Mark II can seamlessly change focus points regardless if one tries to change the focal length through Focus Breathing Correction. You can even select several focusing speeds to match the effect and speed of the subject.

Durability-wise, the Canon EOS R6 Mark II is rated to last up to 400,000 cycles. That’s more than enough for the continuous use and abuse of the hybrid mirrorless camera compared to conventional bodies of the same kind. And if you shoot under harsh weather conditions, its body is made from a durable magnesium alloy chassis that’s also dust and drip-resistant. 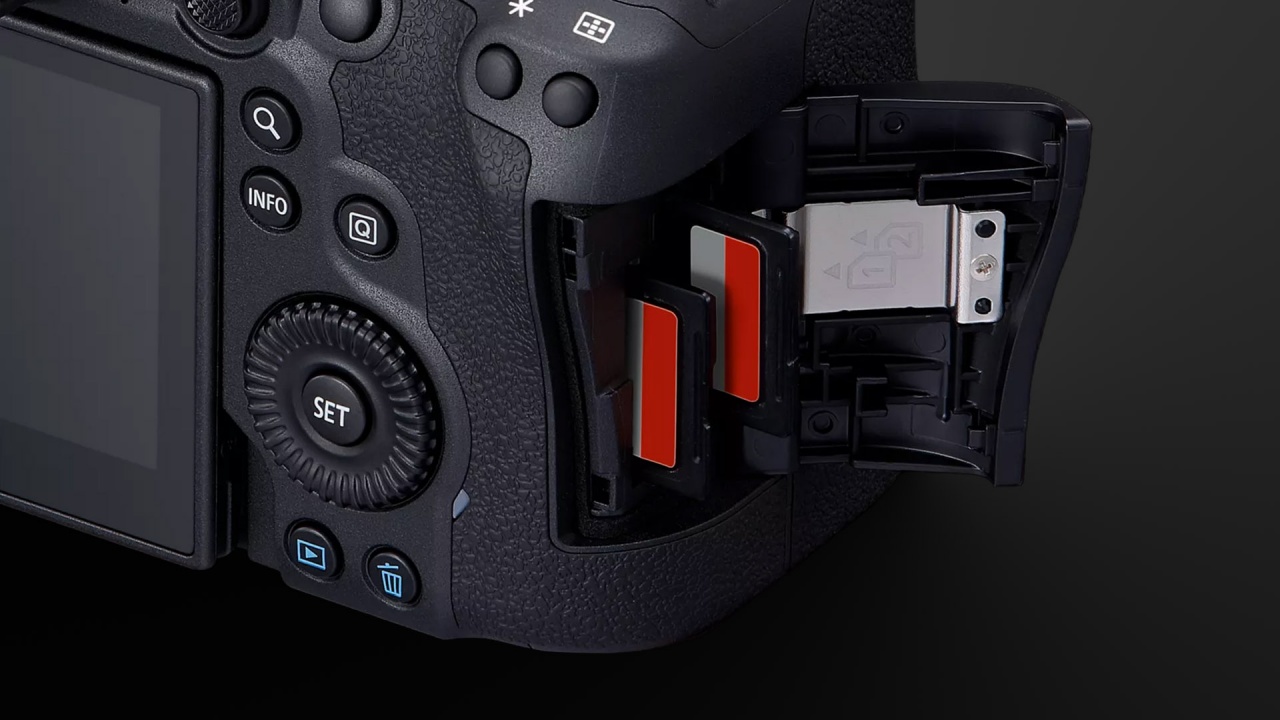 Other notable feature is the Dual Card Recording which allows simultaneous recording on both SD cards. That’s one 4K/60p shooting and FHD/180p on the other or just record footages and stills all at once. Lastly, the R6 Mark II uses the specialized set of RF and RF-S lenses just like any other mirrorless cameras of Canon.

Canon Philippines has finally held an in-person event ever since the launch of the Canon EOS-1D X Mark III — which I attended before the pandemic lockdown happened in the country. 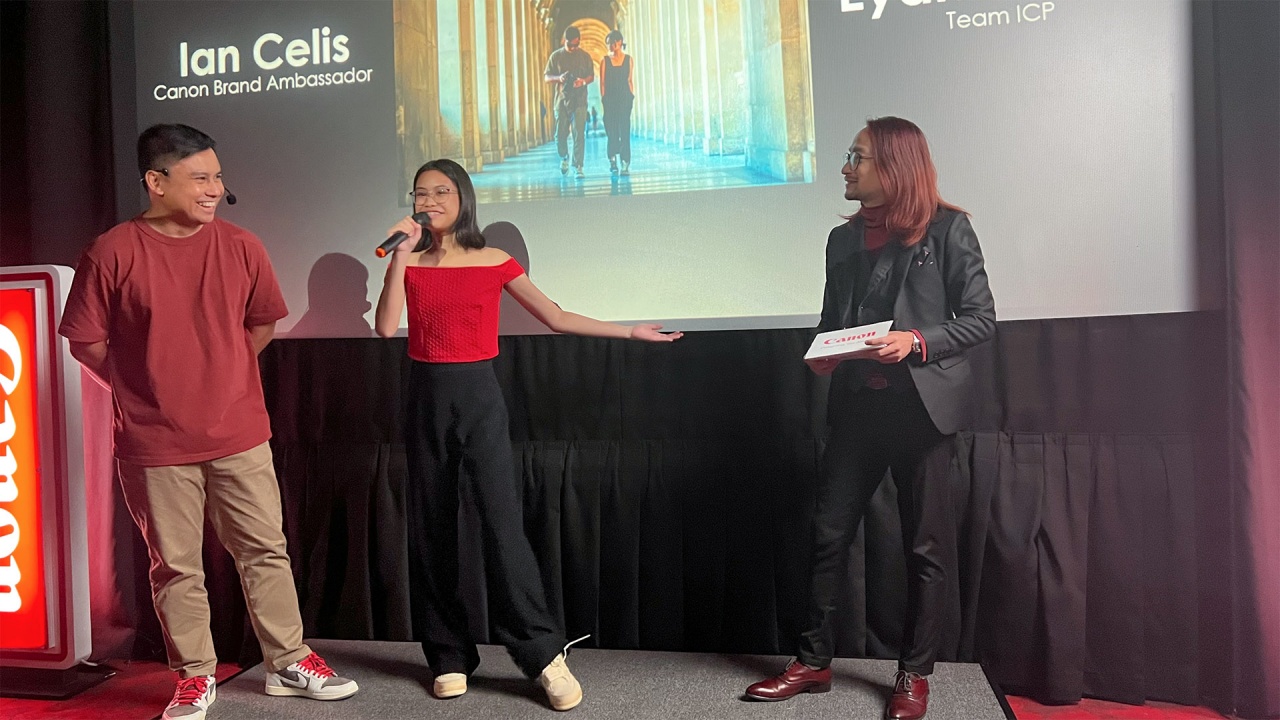 We were welcomed by Canon PH’s several ambassadors on the board. They were also able to use the EOS R6 Mark II for two weeks all before the launch event took place. Those include Ian Celis together with his daughter, Eyah Celis under Ian Celis Productions based in Antipolo, Rizal. 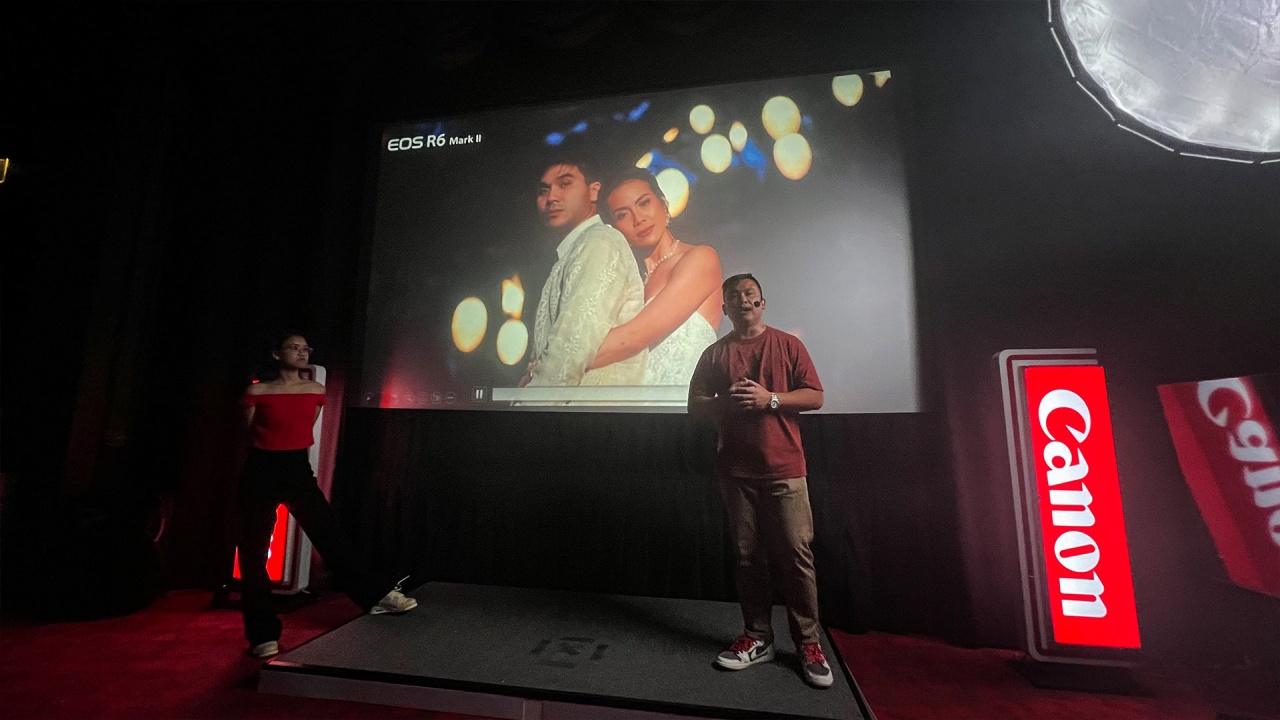 During the small talk, Ian Celis showed us a reel showcasing his work using the EOS R6 Mark II. He even mentioned that his favorite feature has got to be Focus Breathing Correction and the FHD/180p slo-mo feature very ideal for wedding footages. Meanwhile, Eyah talked about how the camera’s lightweight body was able to help her shoot extreme lengths despite her slimness and petiteness during a marathon event. 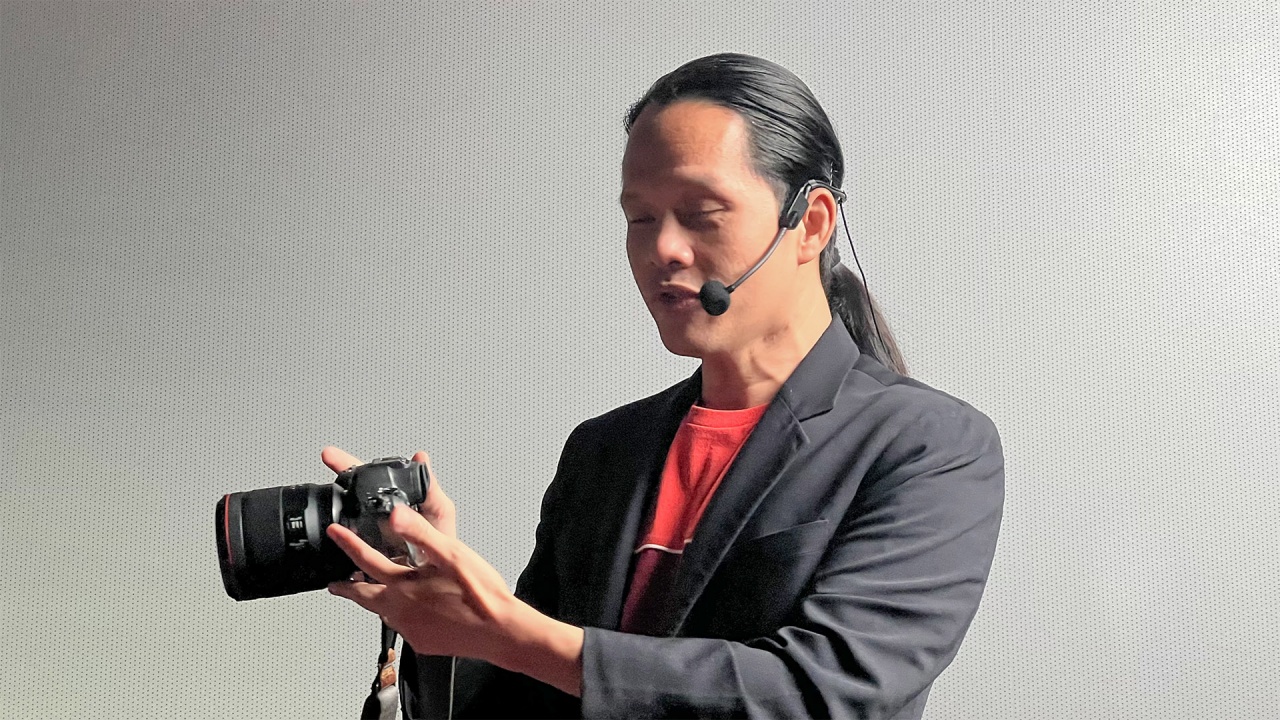 Another in the ambassador lineup were Pat Dy and Chissai Bautista of Team Pat Dy. It started when they showed us Chissai’s interview on the large projection. As a wedding shooter, she told everyone that wedding events are always fast-paced.

But with the fast and precise AF system of the Canon EOS R6 Mark II, she expounded that she was able to quickly grasp the situation around and shoot fast-moving subjects blurry-free. That’s also possible thanks to the very lightweight body of the mirrorless camera. 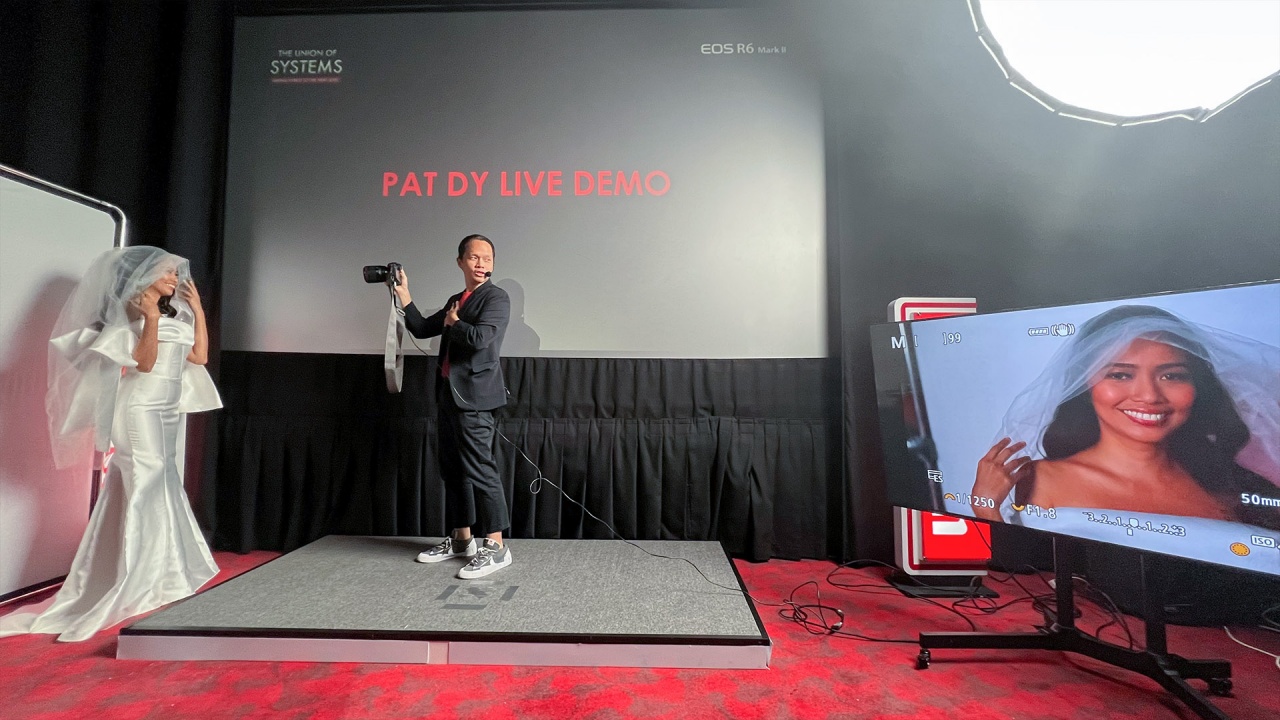 More so, Pat Dy has explained and showed us how the EOS R6 Mark II is a true game-changer. From its lightweight body, one-handed camera use thanks to better camera controls and ergonomics, and more about how it’s a true “hybrid” by having the ability to shoot great stills and footages all at once are just some of the great feats of Canon’s newest mirrorless camera. 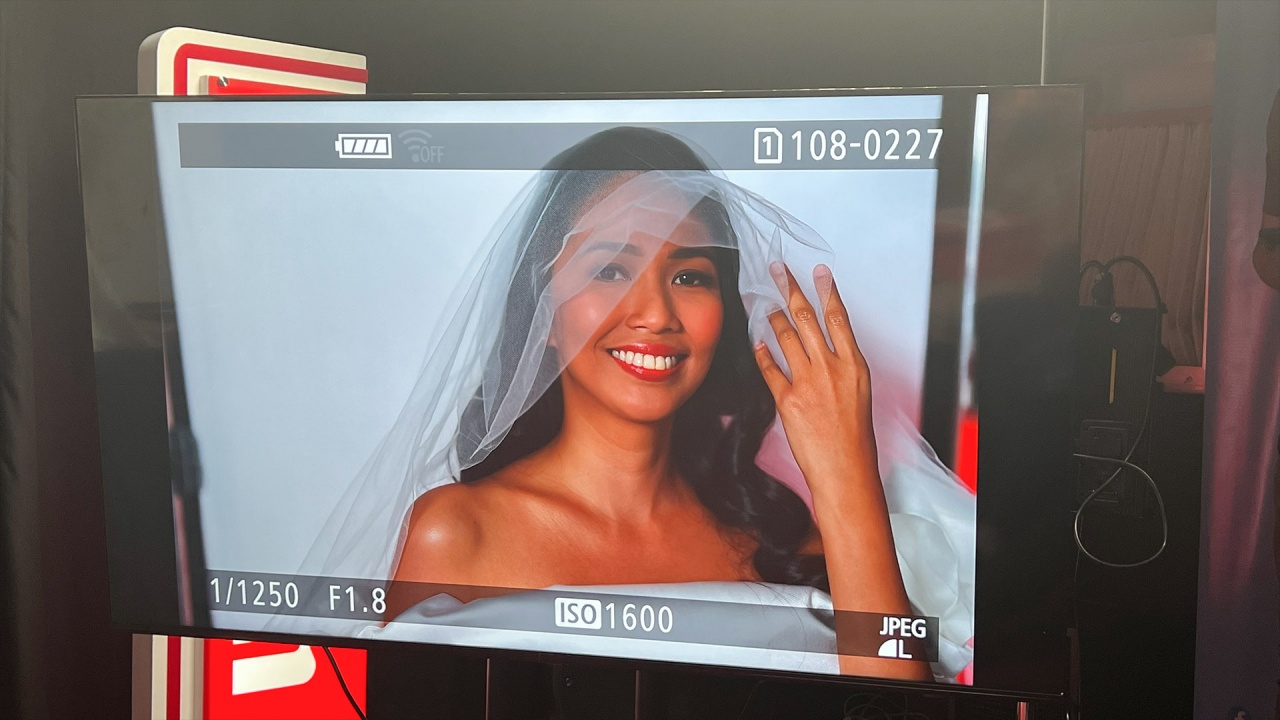 Before the wrap up, Pat even did a live demo of how he shoots wedding portraits under controlled-environment situations such as a movie theater with one source of light and a diffuser. Remarkably, we have witnessed how the EOS R6 Mark II greatly-performed without compromises despite such shooting condition. 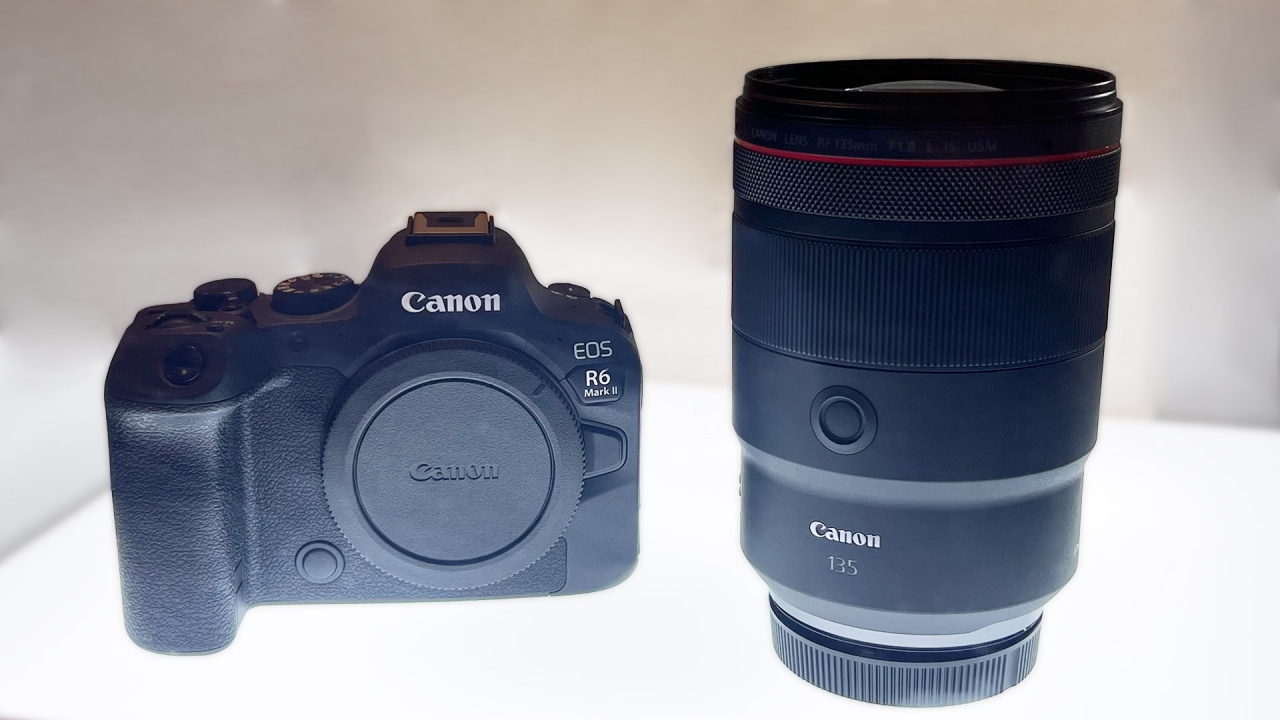 If you pre-order the EOS R6 Mark II from December 3 to January 16, you’ll get added perks like a free 128GB SD Card, additional 2 years warranty aside from the usual 1-year warranty, and a special PhP 25,000-worth Creator’s Access Membership that includes: 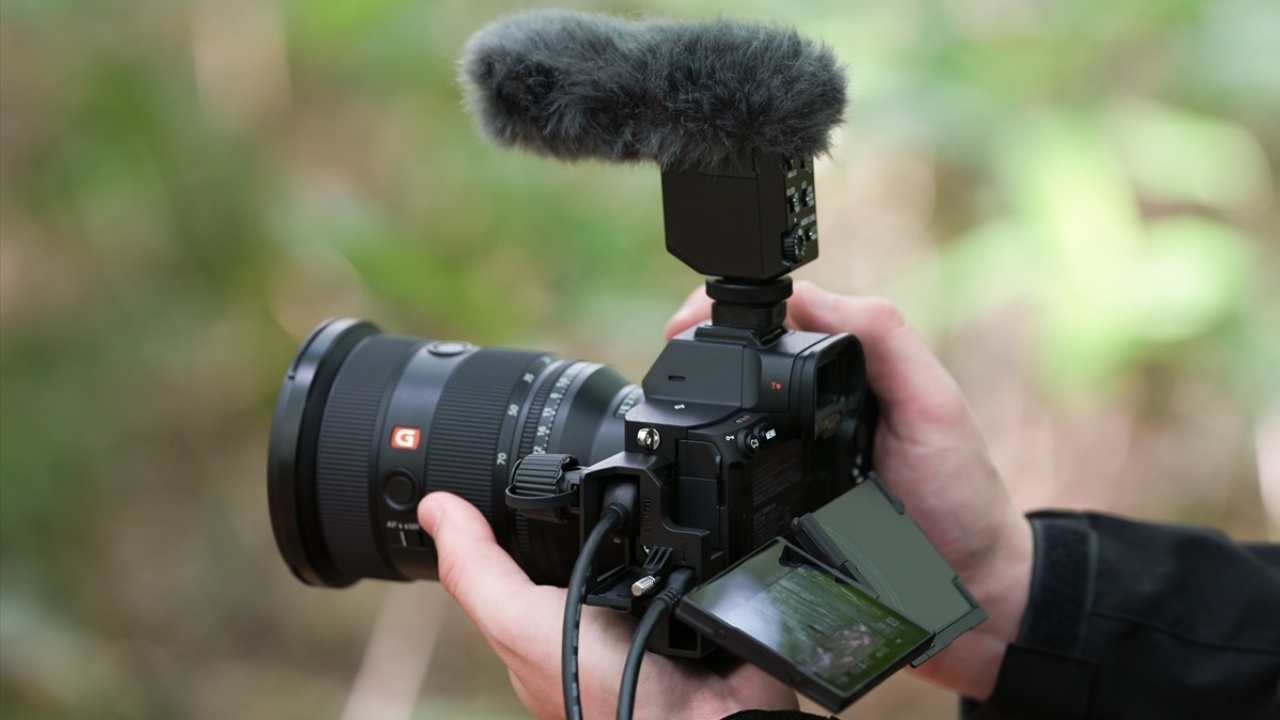 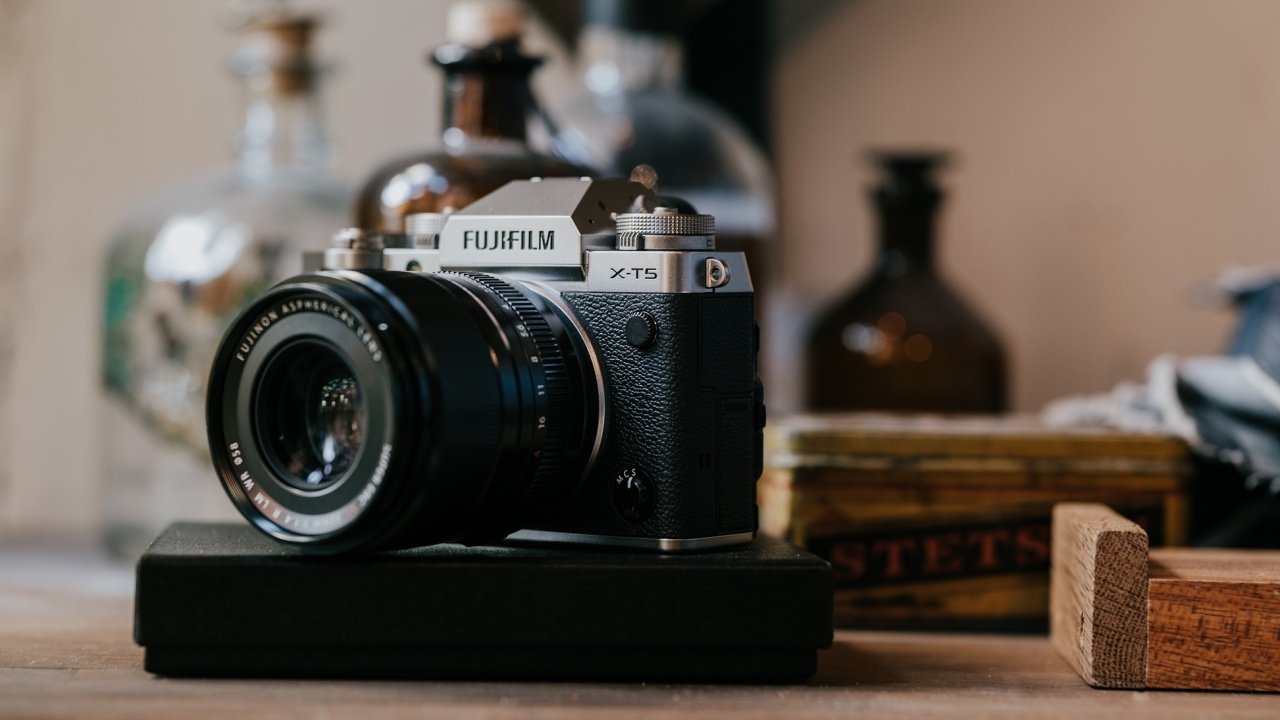