Twitter has announced it’ll start labeling tweets as “misleading” if they’re trying to spread misinformation about the ongoing Coronavirus pandemic. It has also confirmed that this approach will be extended to other topics as well to curb rumors and unverified information. 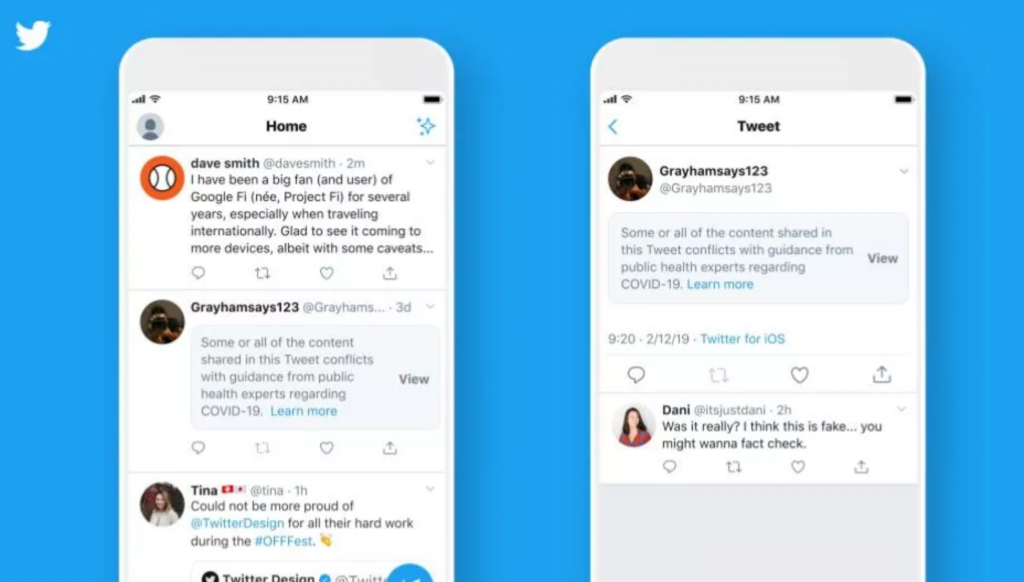 The purpose is to steer users away from unofficial sources of information and guide them to local authorities, including public health agencies and credible news sites. This shall apply to tweets that are sent before Twitter’s announcement and will be used regardless of who sent the tweet.

Furthermore, action will be taken depending on whether the platform’s moderators deem the claims as “misleading,” “disputed,” or “unverified.” Depending on the severity, Twitter has shared this diagram to clear the air around its approach. Moreover, extremely false claims like “a mask can help spread the virus” or “encouraging lack of social distancing” shall be eligible for direct removal. 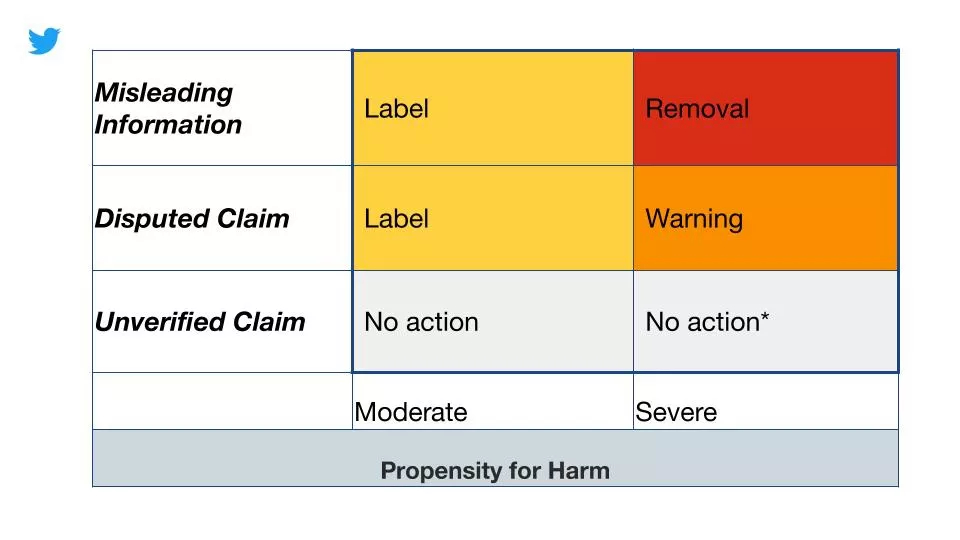 “One of the differences in our approach here is that we’re not waiting for a third party to have made a cast-iron decision one way or another,” said Twitter’s public policy director Nick Pickles.

The real test however is, how strongly is Twitter able to implement this in reality? The company has also affirmed that their goal isn’t to fact-check the internet but instead, limit the spread of potentially harmful tweets.

To make things simpler, it has also expanded its definition of “harm” to include tweets that defy recommendations from public health authorities. “We will continue to introduce new labels to provide context around different types of unverified claims and rumors as needed,” Twitter said.

Recently, one of the world’s most popular instant messaging app, WhatsApp, also limited users from forwarding messages easily to curb the spread of misinformation.