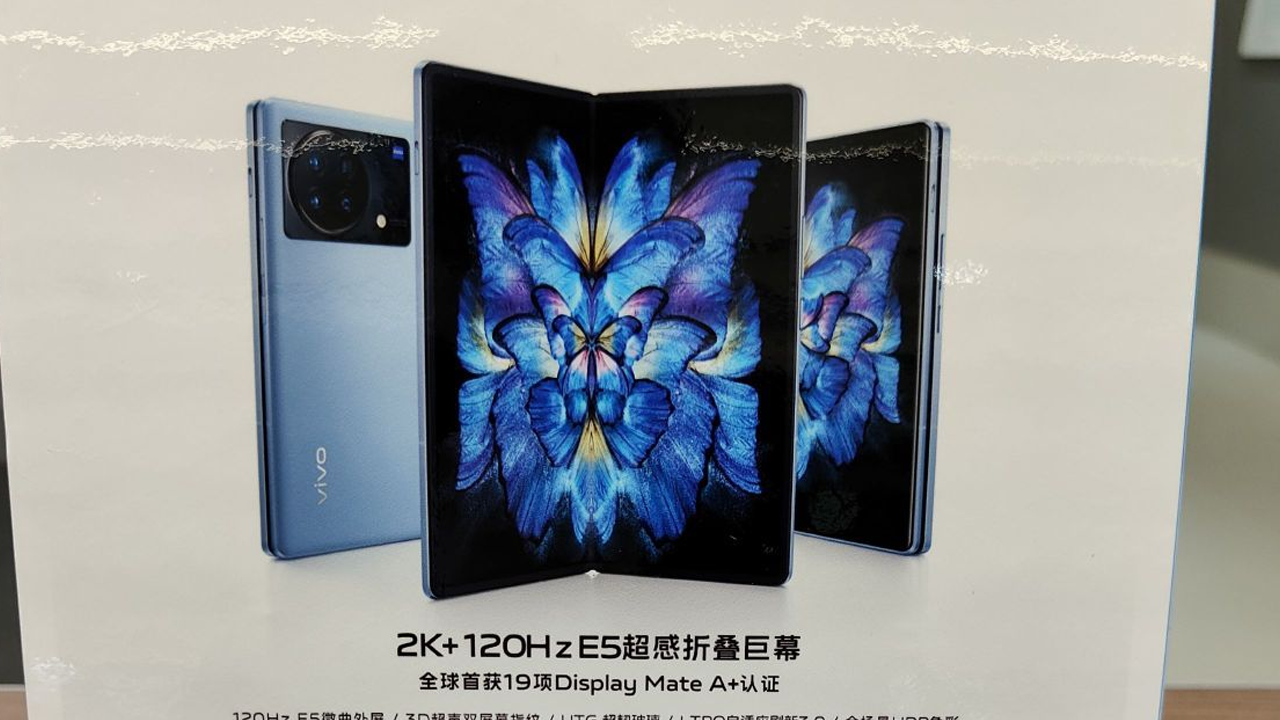 Everyone is truly getting into foldables. Formerly a playing field dominated by only a few players, other smartphone makers are releasing their first foldables to join the fray. vivo, one of those new players, has already confirmed their impending entry into the market. Now, a leak has revealed more details about the upcoming vivo X Fold before its upcoming launch.

Set to host the foldable’s launch on April 11, vivo already released a set of promotional material to help sell the new device. However, some stores might not have received the memo as to when the material can go out. As such, the material — in this case, a spec stand — popped up on social media.

Under the hood, the phone comes with the Snapdragon 8 Gen 1 chipset, LPDDR5 RAM, and UFS 3.1 internal storage. Inside, it will come installed with Android 12. It will sport a quad camera setup consisting of a 50-megapixel main camera, a 48-megapixel ultra-wide camera, a 12-megapixel portrait shooter, and a 5-megapixel telephoto zoom lens. Powering the beast, the X Fold will carry a 4600mAh battery with 66W wired charging capabilities.

Interested fans will have to wait a bit longer to learn of the phone’s other specs. It won’t be a long wait, though. vivo is set to host the X Fold’s launch on April 11.