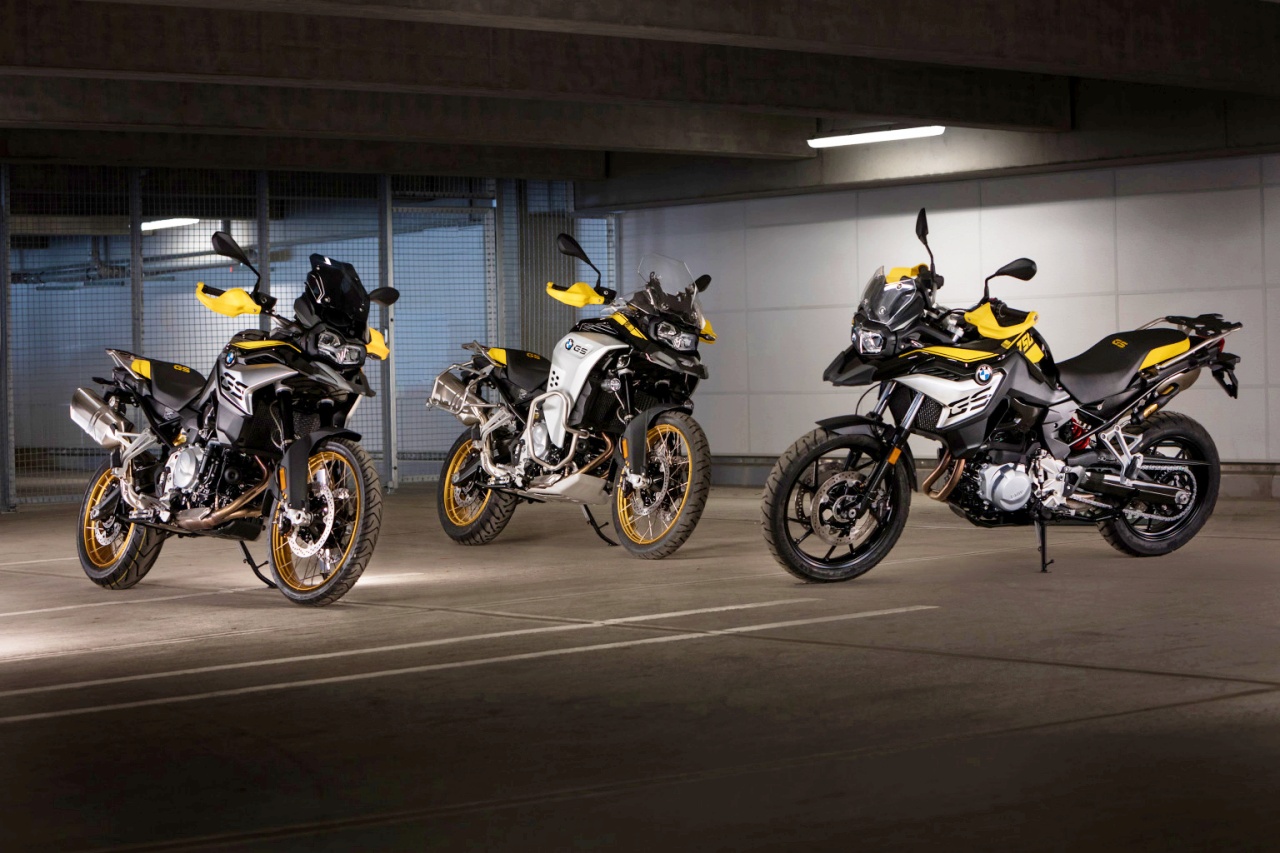 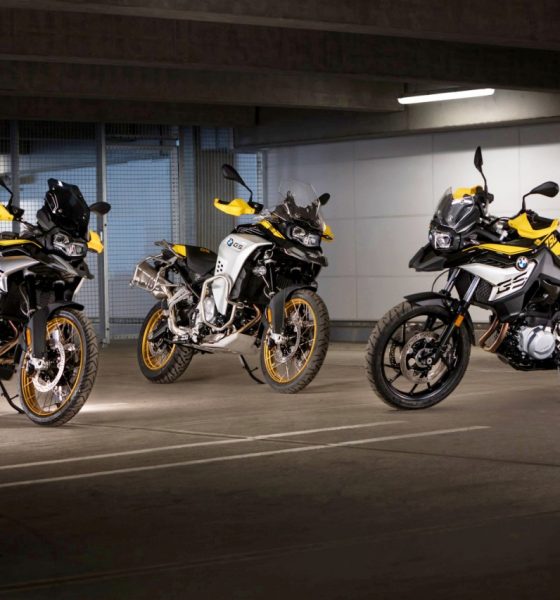 BMW Motorrad released the first GS in 1980. The year 2020 marks the GS line’s 40th anniversary and to make the occasion a little more festive than it already is, three of their mid-size models are getting the upgrades they so deserve. New paint jobs are also on the table, including a black and gold combination with yellow accents.

General changes to the three GS models include new tape designs and the respective style designation on the fairing side panels of the style variations. All models now have new LED flashing turn indicators as standard and a USB charging device at the front right of the cockpit. ABS Pro and DTC (Dynamic Traction Control) are now also standard, for even more braking and accelerating safety.

So what’s new in the 40th-anniversary editions? Let’s do a quick run-through. 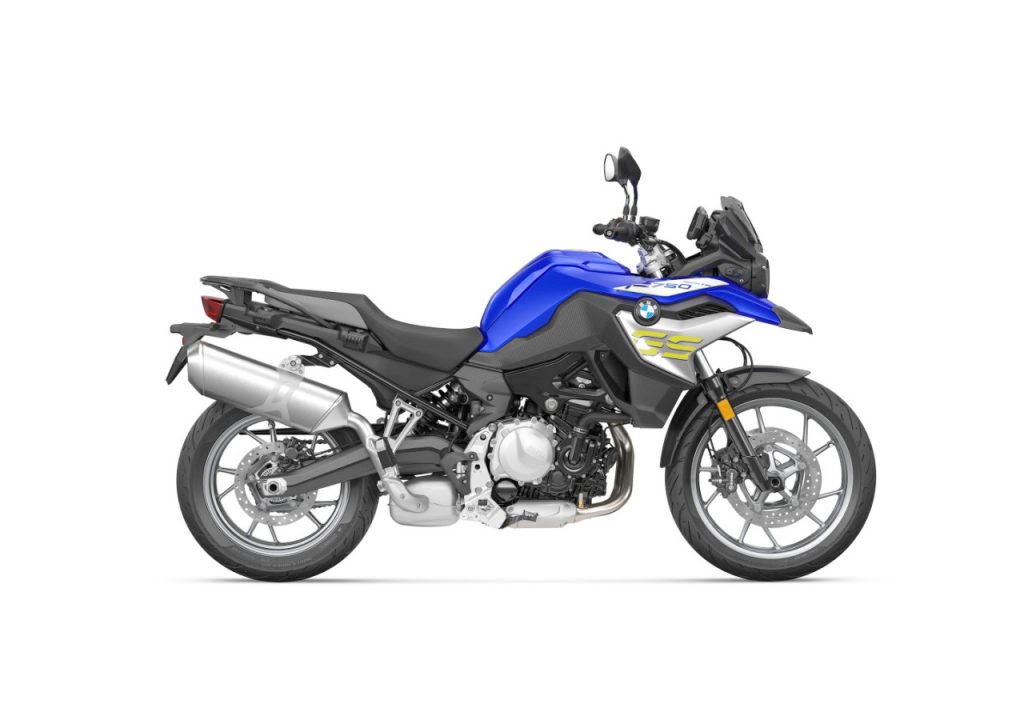 The BMW F750 GS now comes in a classic white with the tank cover painted in the same hue. You also get matte black rims and handlebars. The seat comes in black and red to provide an exciting contrast. There’s also the San Marino Blue metallic colorway which gives you a tinted windscreen with sporty accents, rims in metallic granite grey, silver handlebars, a black and grey seat, and a galvanized radiator grille.

The special edition for the 40th anniversary meanwhile gets a “40 Years GS” lettering on the side panels, yellow hand guards, and a black and yellow seat with GS lettering. It unmistakably pays homage to the icon from 40 years of GS history: the BMW R 100 GS. The rims are painted in matte black, while the handlebars are silver with a galvanized radiator grille. 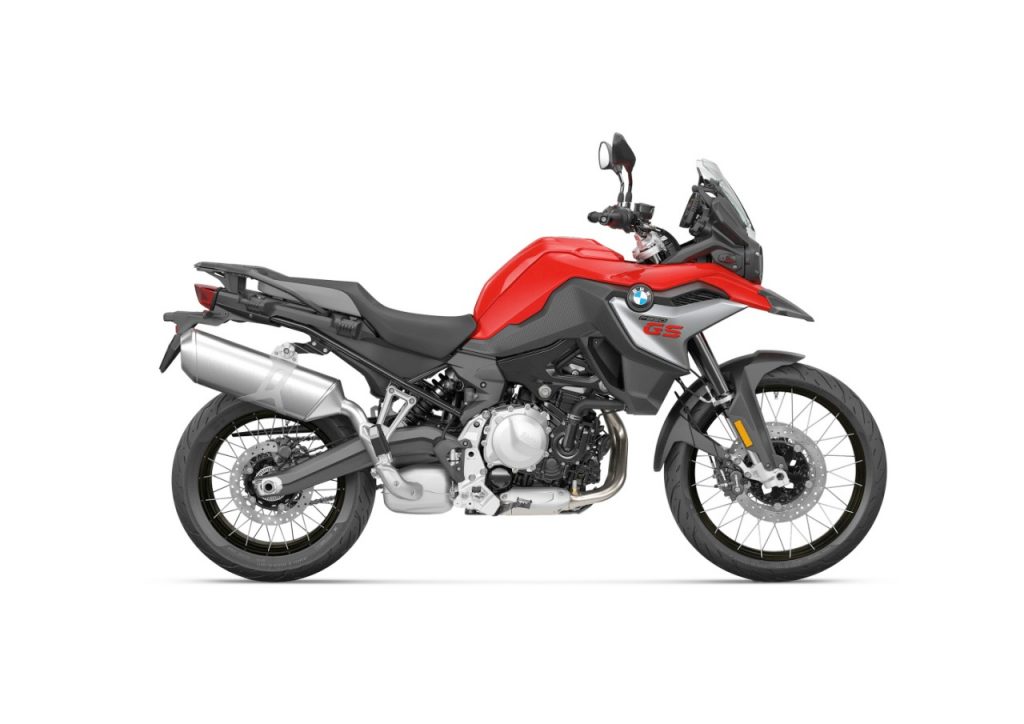 This model comes in a new Racing Red colorway that provides great contrast to the black rims, fork tubes, and seat. The Rallye option comes in Racing Blue Metallic with gold rims, black fork tubes, and a galvanized grille.

Its anniversary edition is in Black Storm metallic and features the anniversary logo. You also get yellow hand guards, gold rims, and a seat that comes in a black and yellow color combo. A GS logo is also printed on the fork tubes while the galvanized grille comes in silver.

The F 850 GS will also get additional upgrades in the form of the new windscreen adjustment mechanism as well as a TFT display including convenient connectivity functions. 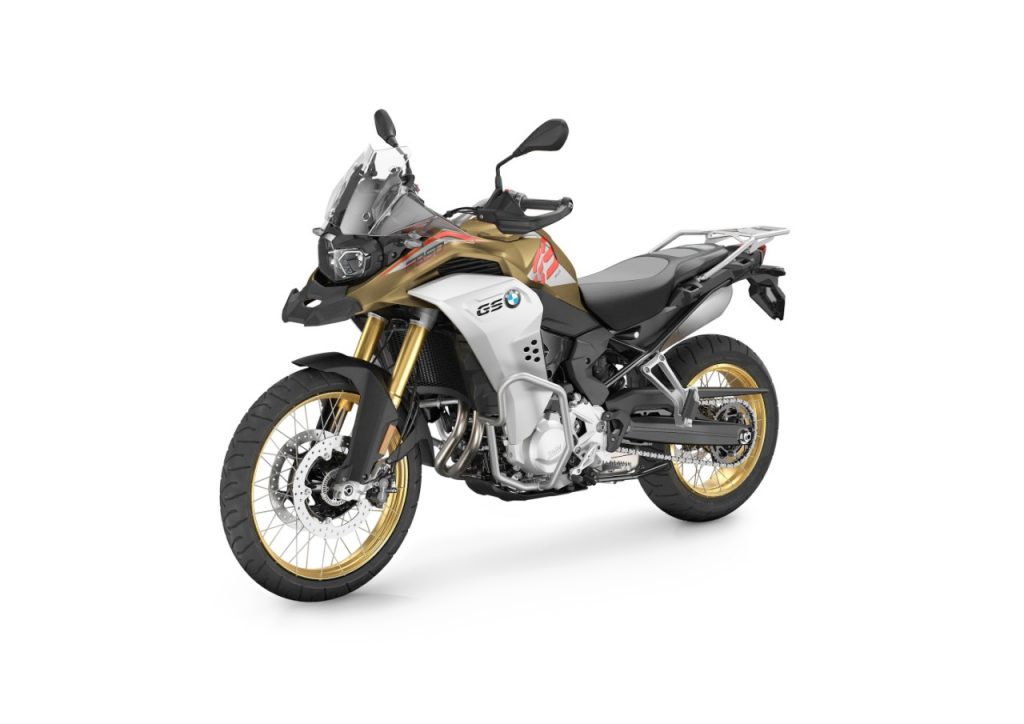 This model comes in Ice Grey but what caught our attention is definitely the Rallye style. Together with gold-colored rims and fork stand tubes, the new BMW F 850 GS Adventure looks both dynamic and elegant. The Sport windscreen and a rally seat upholstered in black or grey with a seat height of 890 mm reinforce the sporting appearance of this particular model.

The new BMW F 850 GS Adventure also has a dedicated version to the anniversary of the BMW GS models as the “Edition 40 Years GS”. Prominent features of the anniversary GS painted in Blackstorm metallic are the “40 Years GS” lettering and yellow hand protectors. Black-coated fork standpipes, gold rims, and a black and yellow double seat bench with 860 mm seat height. Like the 850 GS, it also gets a TFT display with convenient connectivity functions as part of the standard equipment on board.

More options for your next adventure

The new GS models feature new components of the Pro riding modes optional equipment. This means that as in the GS models with boxer engines, a reworked throttle response in dynamic riding mode now ensures even more dynamics and driving enjoyment.

Furthermore, dynamic engine brake control and Dynamic Brake Control (DBC) now feature in Pro riding modes. Other new Pro riding mode features include the preselection of up to four riding modes for the button assignment on the right handlebar controls. Although this is only in conjunction with the Connectivity optional equipment in the BMW F 750 GS.

You can also opt for an extra low seat bench as well as modified lowered suspension. These will be available as optional equipment for all three models in the future, ensuring even better ground accessibility when stationary.