The most leaked phone in history is now official. The new Pixel 4 and 4XL may look similar the outside but come with better cameras (yes there are now two), sport a Radar for faster face unlock, and introduce new air gestures. But is it worth upgrading?

This is our Google Pixel 4 and 4XL unboxing and hands-on.

The Huawei Nova 7 and Freebuds 3i is the perfect match

Some things are better in pairs 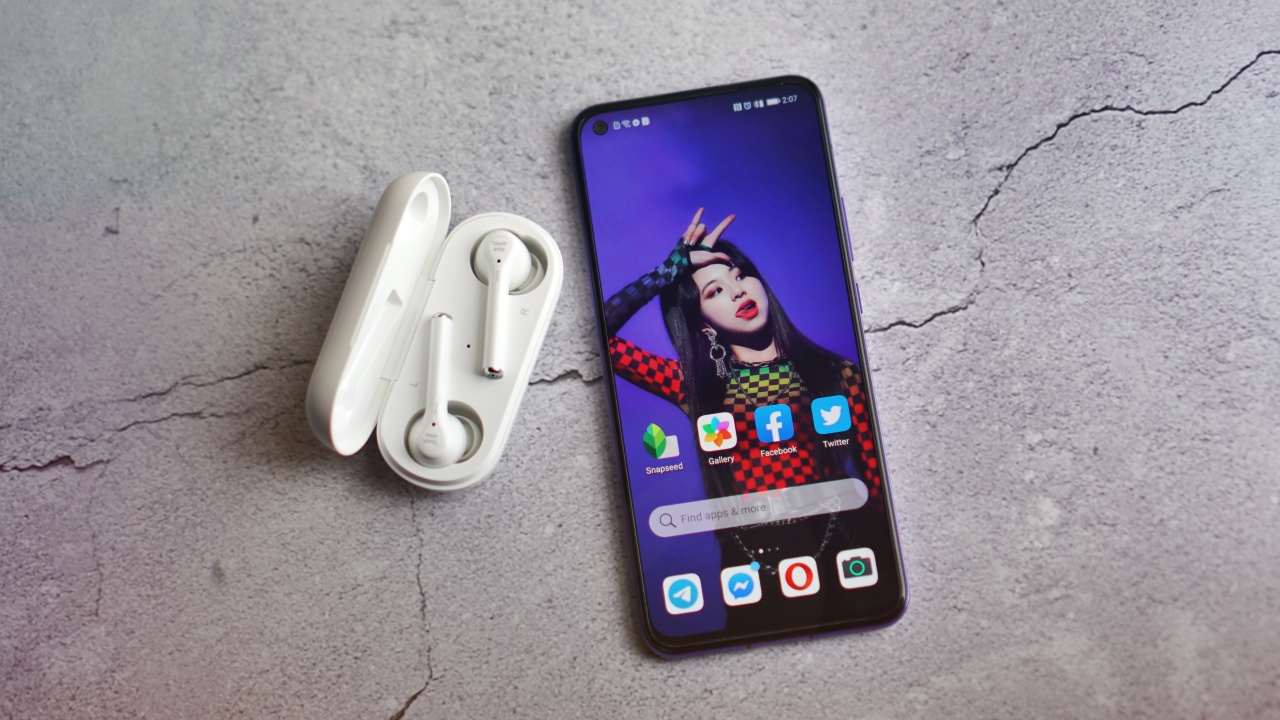 Huawei is adding two new devices to their ever increasing portfolio. These are a phone and another TWS option — the Huawei Nova 7 and Freebuds 3i.

The two devices share a common trait in that they offer flagship-level performance for less. More details on pricing and availability later on. For now, let’s talk about the devices.

The first noticeable thing about the Nova 7 is the design on its back, especially for the purple variant. It follows the Nova pattern introduced in the Nova 5T.

Since it’s laying face down, next thing you’ll notice is the quad-camera setup. It’s rocking a 64MP main camera, an 8MP ultra-wide angle lens, an 8MP telephoto lens, and 2MP macro lens (which you probably wouldn’t and shouldn’t use). 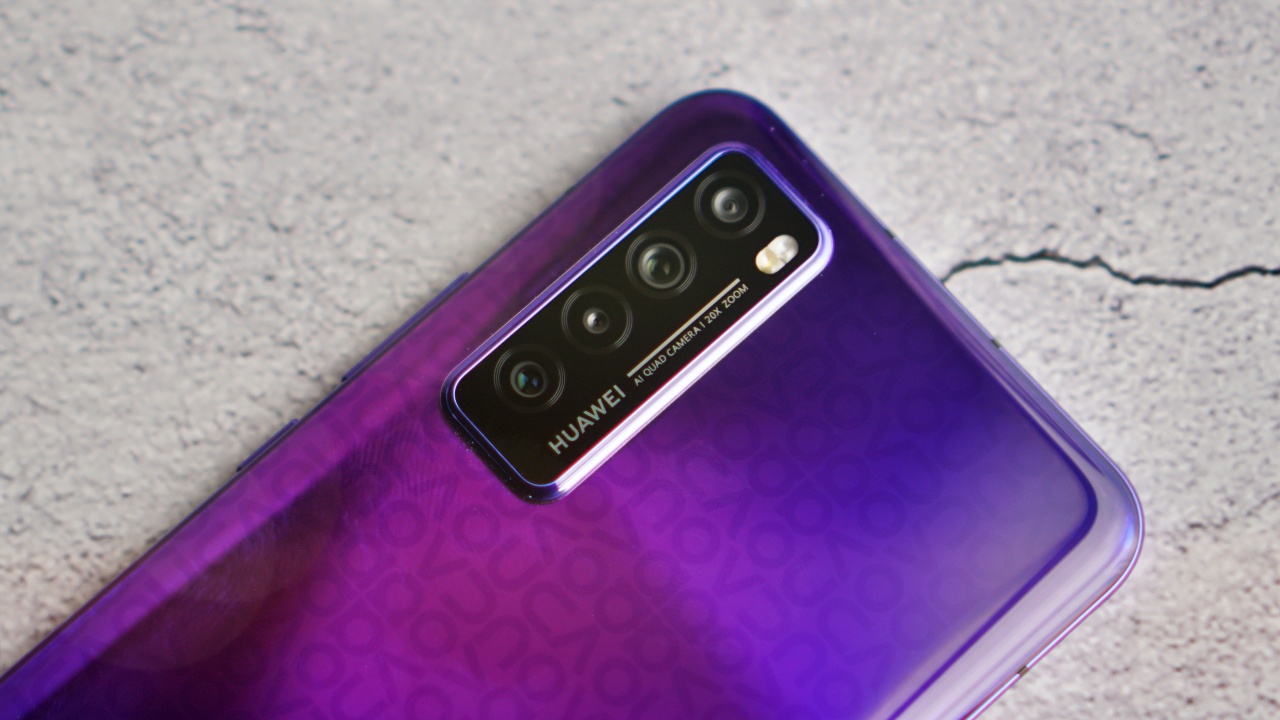 Naturally, it has all the AI camera features and post processing found on Huawei phones. We haven’t tested the cameras but we’ll throw in a quick comparison with a similarly priced phone for the review.

Now that that’s out of the way, we can flip it over to reveal the 6.53” OLED display. For screen refresh rate junkies, you’re only getting 60Hz here — which is still fine. That OLED looks mighty fine on the eyes.

Inside, it’s powered by the new Kirin 985 SoC. It’s flagship-grade and has support for 5G. In the Philippines, Huawei is currently leading the market in terms of sheer number of phones with 5G. 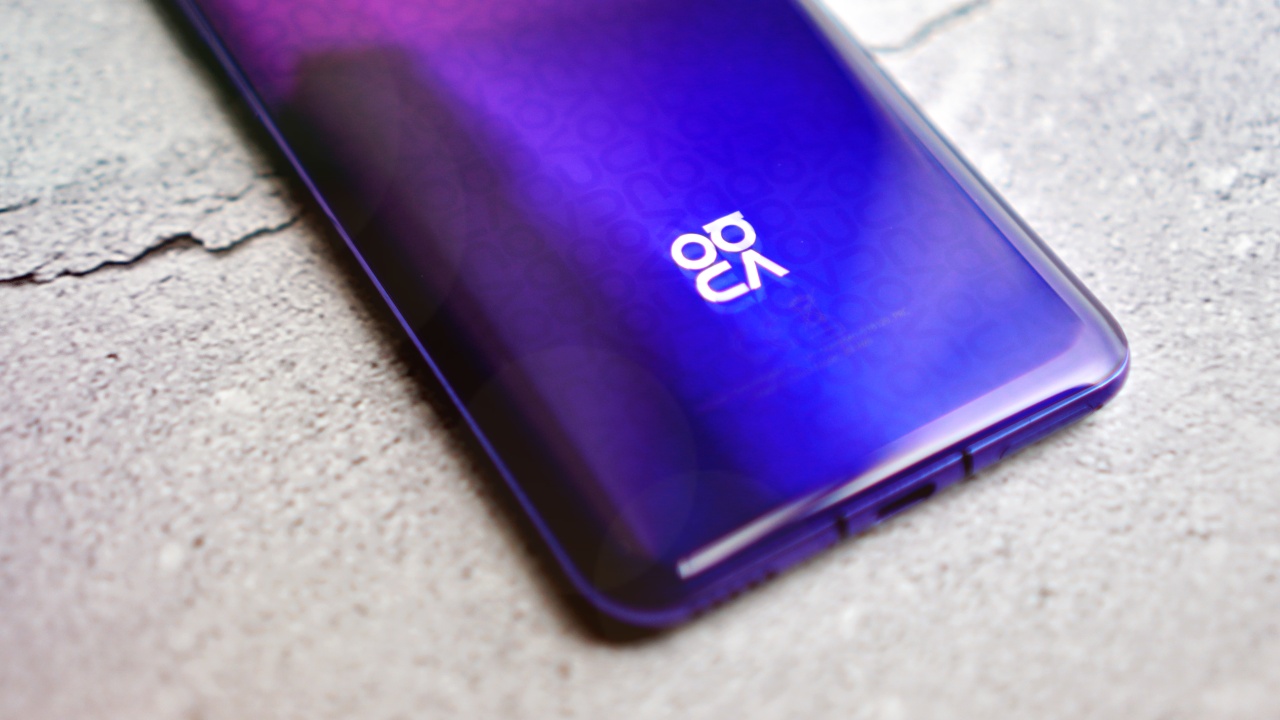 They started in 2019 with the Huawei Mate 30 Pro 5G and followed it up with the P40 Series. As of writing, Huawei also has the distinction of offering the most affordable flagship phone in the Philippines — the Huawei Nova 7 SE.

As to the actual availability of 5G, that’s a topic for another article. But if you want some extra reading, here’s our 5G explainer.

Back to the phone, it has an 8GB + 256GB memory and internal storage combo. It also has a 4,000mAh battery with support for wired 40W Huawei SuperCharge. No wireless charging here.

We’ve been using the device for roughly a couple of days now and it’s been delightful to use for the most part.

If you’re salty about the lack of a higher refresh rate, I would say the vivid OLED display kind of makes up for it. Scrolling side-by-side a device with an IPS LCD screen but with a 120Hz screen refresh rate, it certainly feels less smooth. But what it “lacks” in fluidity is more than made up for by the crisp and vibrant display. Certainly crispier than any IPS LCD display. 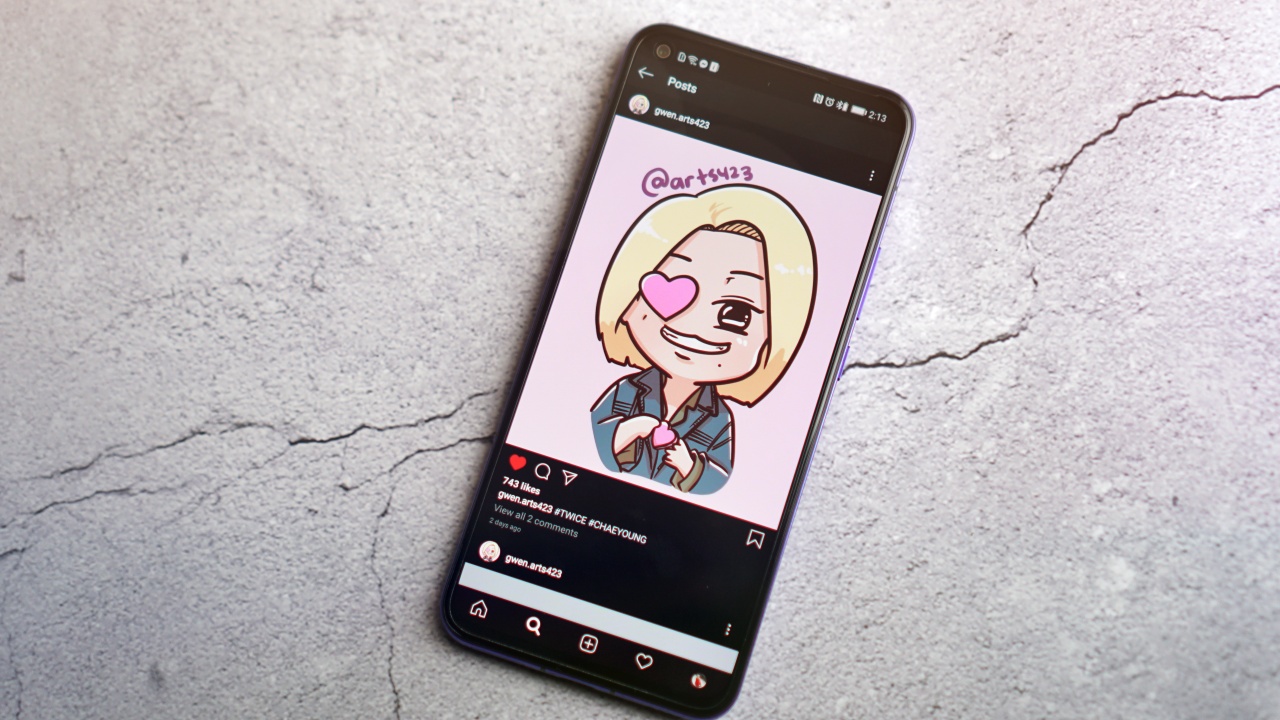 In terms of general day-to-day use, it’s pretty stellar. We’ve noted on our OnePlus Nord review how good these midrange/upper-midrange SoCs have gotten and the Kirin 985 along with the RAM and the stability of EMUI 10.1 contributes to a hiccup-free experience.

App access is improved by the introduction of Petal Search. Type whatever app you need and you’ll be shown the source of the app. But you can download it directly from the Petal Search’s interface.

The phone is still without Google Mobile Services, so certain apps that require it like Google’s entire suite of apps, VSCO, Sound Hound, and others won’t work at all. Regardless, there are alternatives for all of these as we’ve noted in this App Gallery feature, and this video.

The Huawei Freebuds 3i is the Freebuds 3’s younger sibling. Like the Nova 7, we’ve had it for a couple of days and are blown away but how it performs.

It has ANC (Active Noise Cancellation) and this is something you notice right away as you put it on. The Freebuds 3i does this through the in-ear design and its three microphone system. 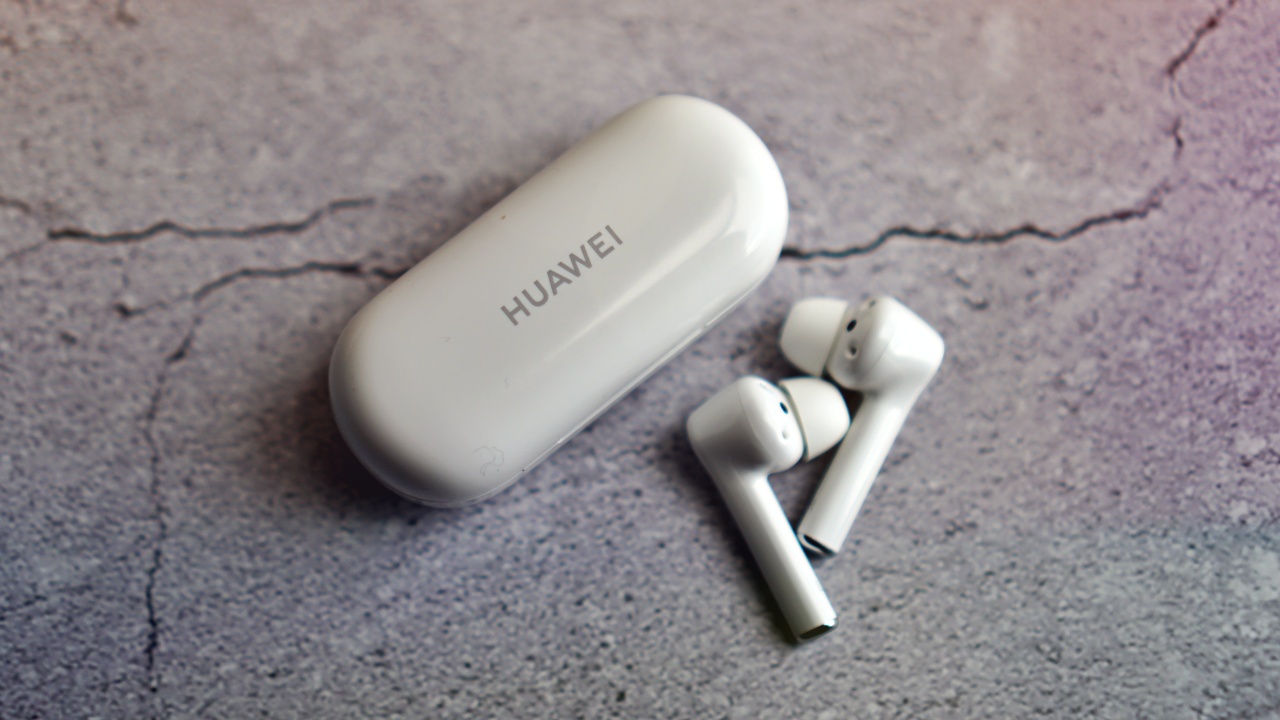 The stem design also isn’t just for show or to look like a certain competing TWS earphone. The stem acts as the microphone pick-up. We tested it on a few quick calls and the people on the other line noted that we sounded crystal clear.

It also has touch controls that are configurable through the Huawei AI Life app.

Like any first-party accessory, the Freebuds 3i is immediately detected by the Huawei Nova 7 making for a hassle free pairing. 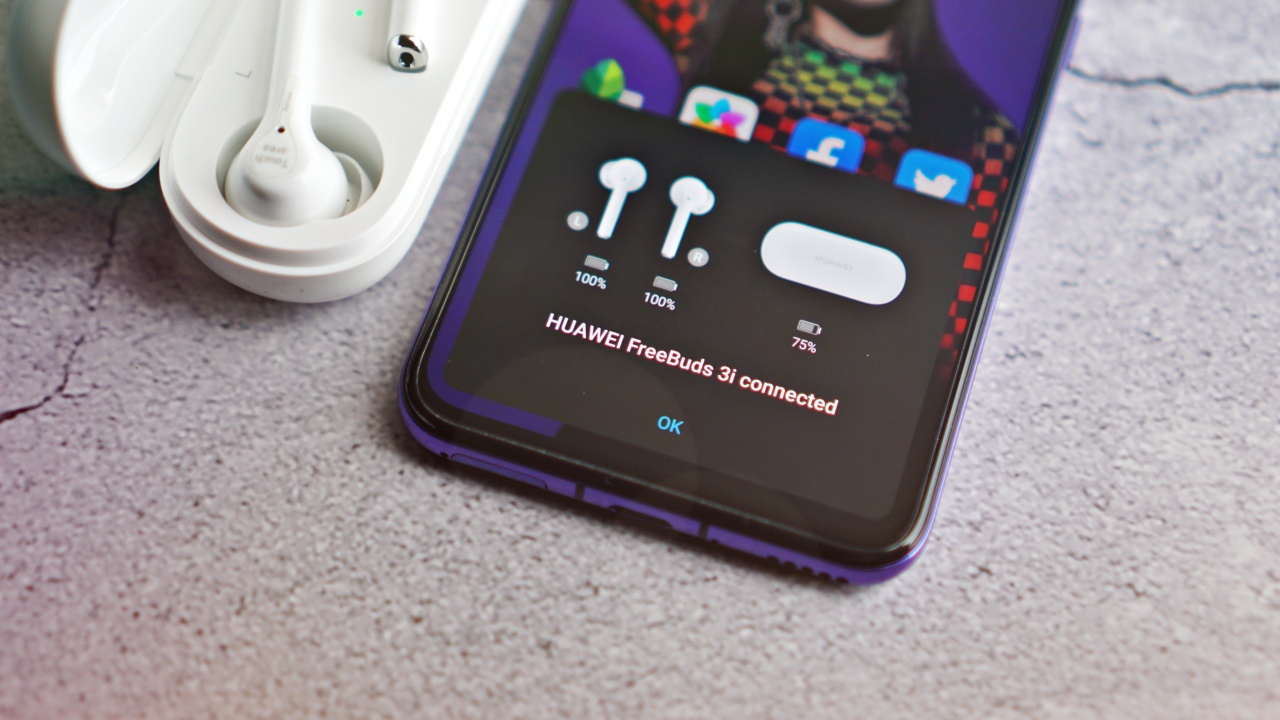 The Nova 7 doesn’t have a 3.5mm jack so if you want to jump straight into the wireless life, pairing it with the Freebuds 3i is a good place to start.

Quick note: The Nova 7 does come with wired earphones along with a USB-C to 3.5mm converter in case you’re not yet ready to let go.

The listening experience, though, is elevated if you do decide to get the Freebuds 3i.

Like any recent Huawei releases, it comes with an array of freebies. The first 100 buyers will get a Huawei Watch GT2e, VIP Service, and Tresemmé Shampoo and Conditioner so you’ll look fly in your selfies.

There’s also a spezial offer. The first 5 customers who order the Nova 7 during the airtime of noontime show Eat Bulaga, you’ll get the Huawei Freebuds 3 for free. 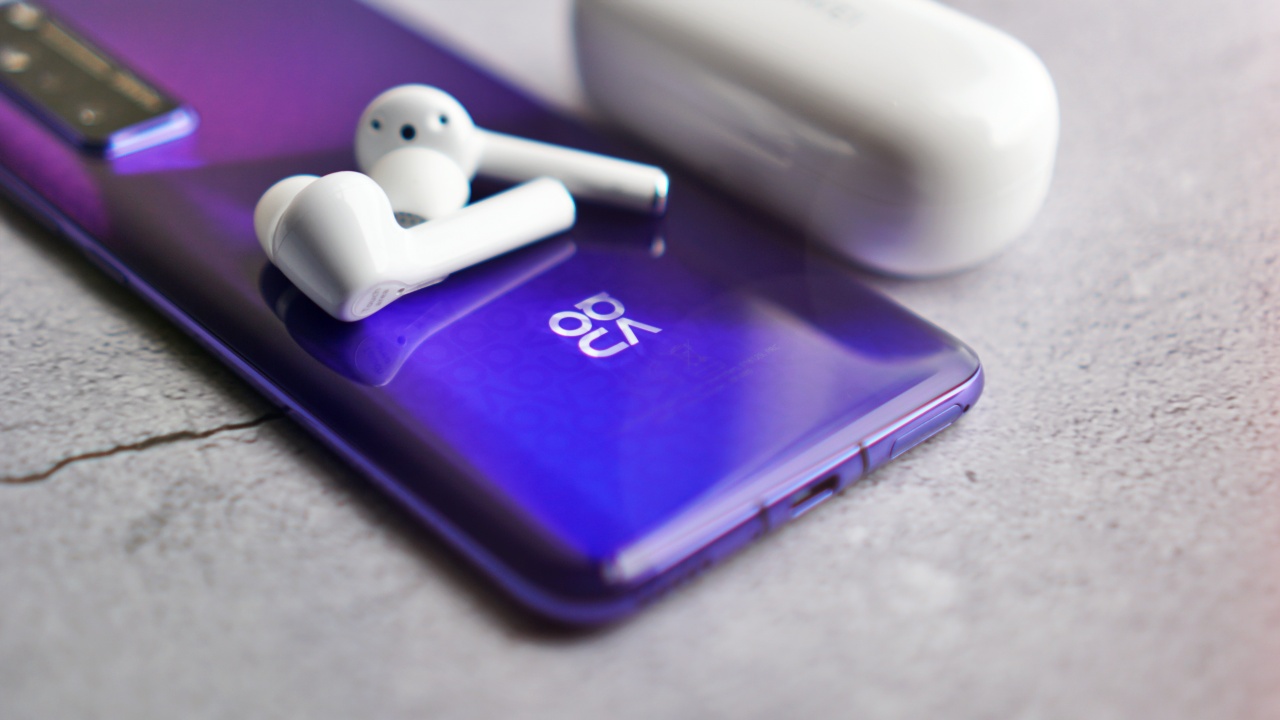 Meanwhile, the Huawei Freebuds 3i will retail for PhP 5,990 (US$ 122) with a free case that has a mini lanyard. The Freebuds 3i comes in two colors: Ceramic White and Carbon Black.

Could this be the new flagship killer? 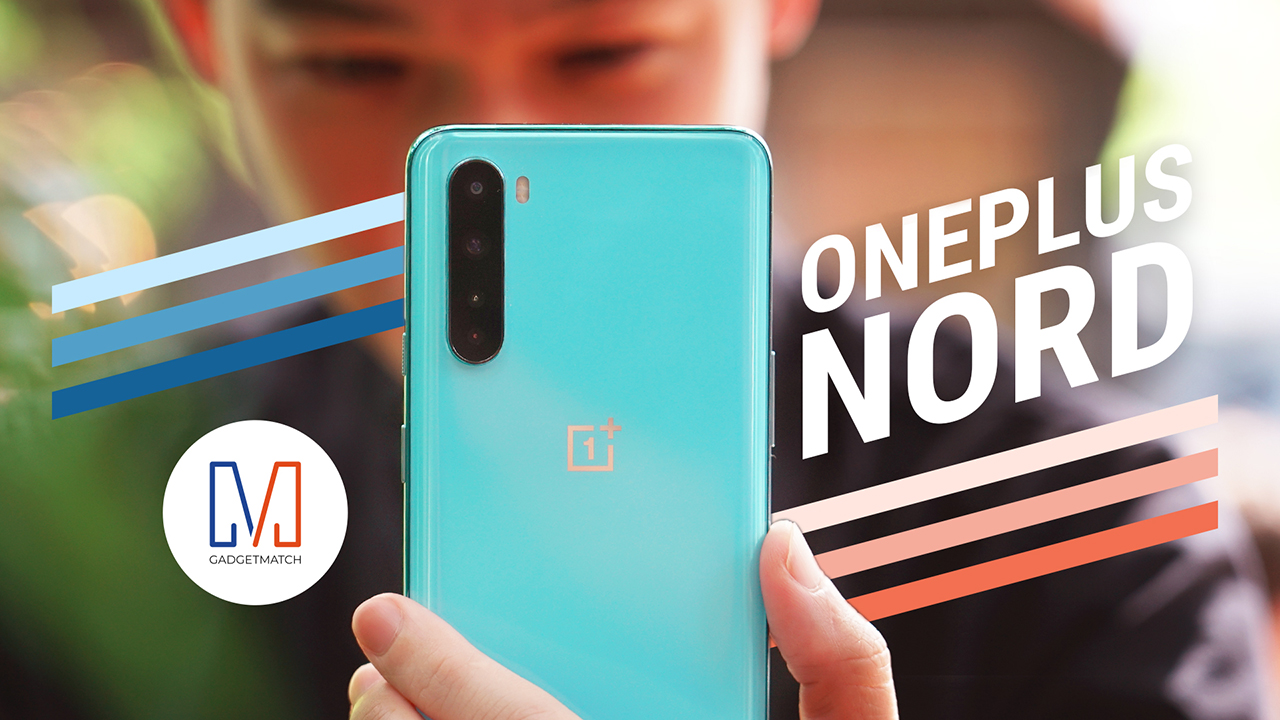 OnePlus goes back to its roots with an impressive sub-US$450 smartphone. Could this be the new flagship killer? This is our OnePlus Nord Unboxing & Hands-On. 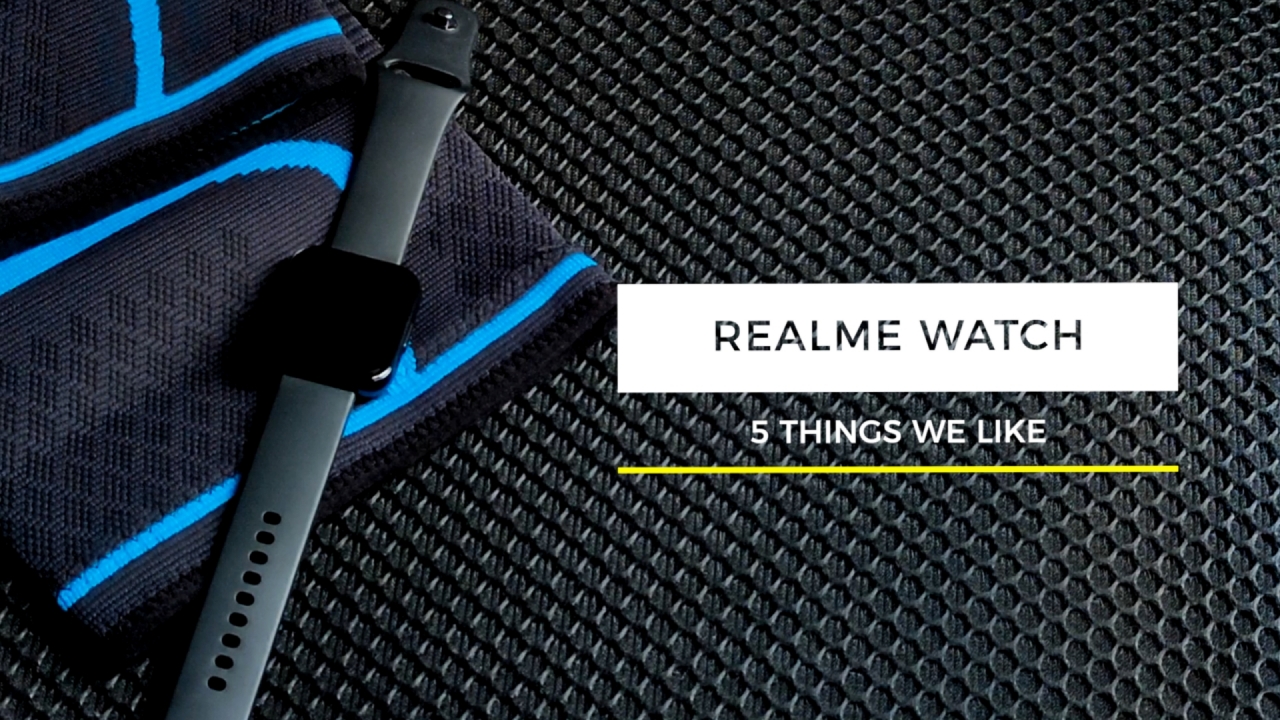 realme has been on a roll in expanding their product portfolio. They started with smartphones, added some earphones and powerbanks, and this year they have two wearables so far – the realme smartband and the realme Watch.

Today we’re listing some of the things we really liked about the realme Watch. Oh and quick note – most of this video was shot using the realme X3 SuperZoom.

Okay so, number one is battery life.

At the time that this was written, the Watch was at 52 percent and it has been seven days since the last time it was fully charged. If I use it more or less the same way I have in the past seven days, then it’ll be another week before it completely runs out of juice.

It’s definitely a plus when you don’t have to think about charging your watch too often.

At launch it can track 14 different workouts with good variety.

You have stuff like Running, Walking, Strength Training, Yoga and even sports like Football, Table Tennis, and Badminton.

The only “workout” I really got to try is walking, since I absolutely dread running — or any other form of exercise for that matter. But the fitness tracking was fairly accurate for the most part.

I was dying to try basketball since that’s the only workout I truly enjoy. Unfortunately the courts are still closed because in case you forgot, the Coronavirus is still very much out there taking lives and we are totally not winning that battle.

If it’s just your regular trip to the grocery store, then this watch will suit you just fine.

Perhaps, you can also wear this on regular work days if you’re required to report onsite. Point is, since it doesn’t look like a fitness band. You can probably get away with wearing it in most casual situations.

This one was particularly useful for when I was making this video.

The remote camera camera works for both photo and video. And for photos, it can be set to either take the snap right away or with a timer.

Very convenient if, like me, you’re forever alone, and need or want photos of yourself.

For you thirsty folks out there, it also has a water reminder option that you can turn on using the realme link app.

You can set a time period when you should be reminded, as well as the frequency of the reminder. I didn’t exactly follow this all the time since I sorely lack discipline, but it’s nice to have that constant reminder.

Is the realme Watch worth buying?

To properly set your expectations, you’ll need to think of the realme Watch as more of an enlarged fitness band versus an actual Smart Watch, since most of its features are geared towards health and fitness.

And if you look at it, it’s… okay. Not really something you’d want to show off.

Underneath the display there’s this subtle realme branding that could’ve been smaller or they could’ve totally done away with. That might have helped with the overall look a little bit.

The watch faces are also limited at launch, but realme emphasized that a wide variety of choices is coming soon.

For PhP 3990 (US$ 81), you get a fitness band that you wouldn’t mind wearing in non-workout scenarios. I think that’s the primary benefit that you get, for paying around twice the price of a regular fitness band.

In case the video isn’t working, watch it here.