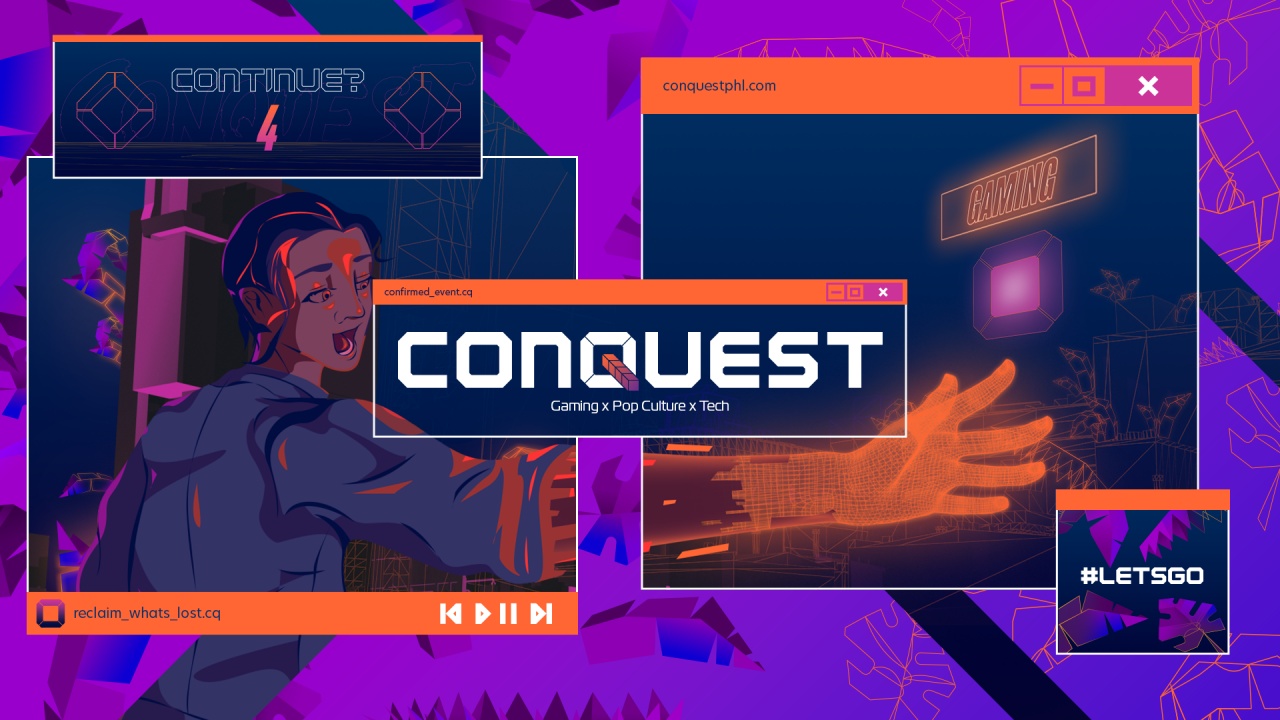 Brace up, fans: CONQuest Festival 2022 is coming to Manila! The Gaming, Pop Culture, and Tech expo will surely be a treat for people, so better head to the SMX Convention Center on July 23 and 24, 2022 when you can for a one-of-a-kind experience.

What is there exactly to do and to expect? A lot, as the festival will welcome you with 160 booths and over 30 special local and international guests.

Retro and free play arcades to either throw you back to the past with classic games or let you try out the latest games with you friends will be available.

There will be celebrity meets with plenty of sought-after names, including renowned content creators, influencers, and streamers like Kyedae, BTMC, Bao, Tuanto, LilyPichu, Michael Reeves, Atsu, V33wise, JiConyo and more.

Speaking of gaming, the two-day event will feature the finals of the Alliance Games, the Philippines’ gaming league for collegiate squads in various games like Valorant, Mobile Legends, League of Legends, CODM, and Wild Rift.

Cool games, gadgets, and projects will also be showcased in the Tech and Game Dev Expo, so do visit them on the show floor.

And of course, since CONQuest is a celebration of pop culture too, expect cosplayers all over, so ready those smartphones or cameras to take timeless snaps with their creative getups.

Tickets sell here starting at just PhP 450, up to PhP 15,000 for premium passes that include meet and greet sessions and exclusive merch, so get yours now while they are still up for grabs.

The best of the bunch from the biggest tech show in Berlin! 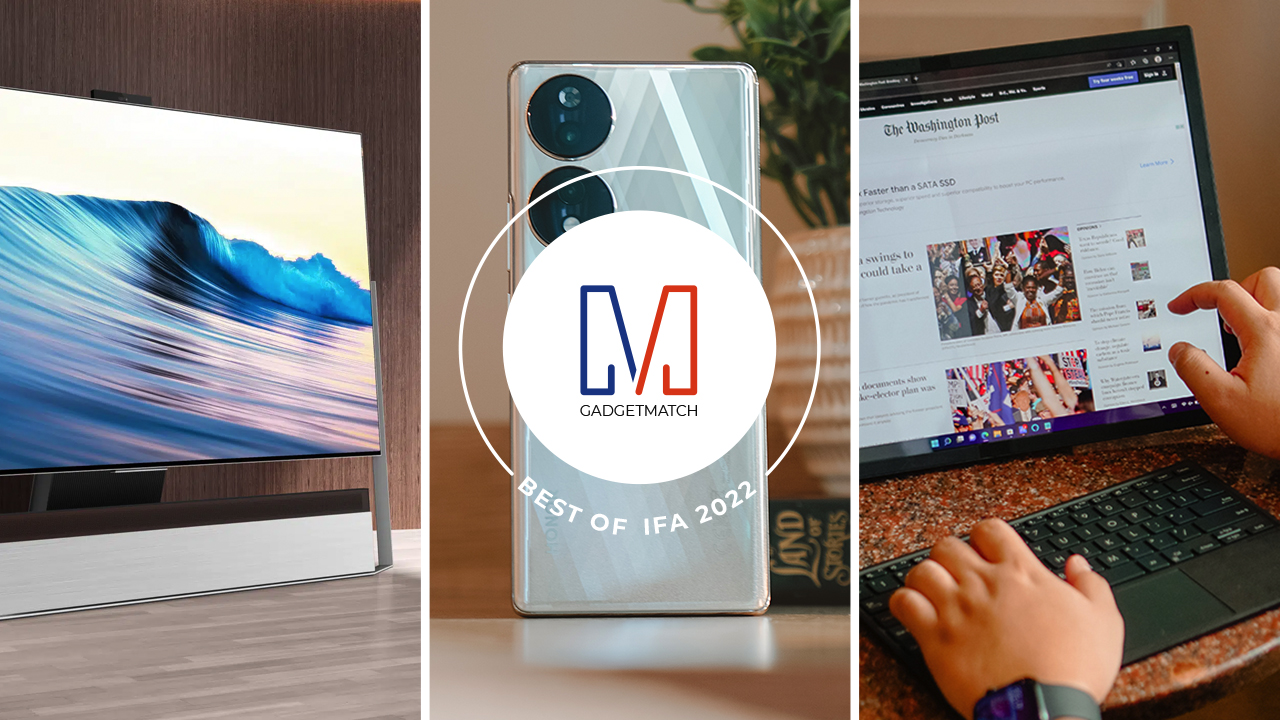 IFA returns in 2022 with the best tech releases, most of which are novel and peculiar. Here are the best of the bunch from the biggest tech show in Germany. 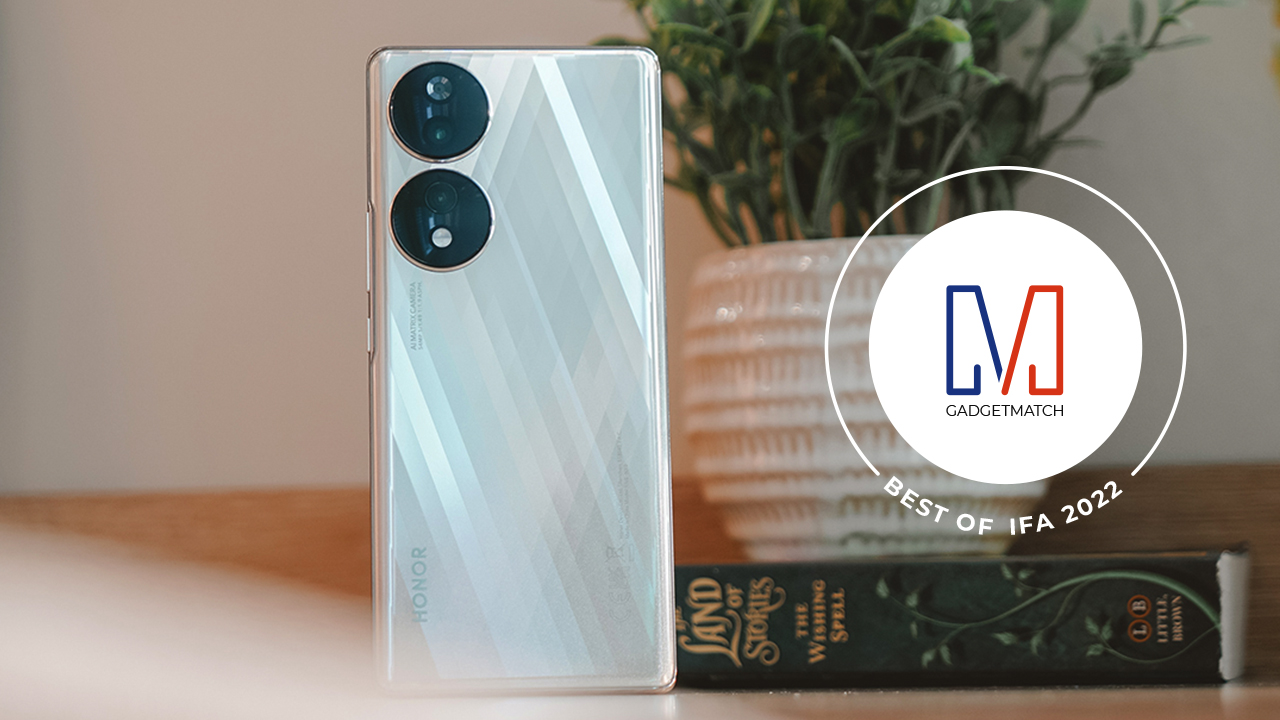 The HONOR 70 captures what the midrange market needs. Being a well-rounded device in terms of performance, battery life, and gaming prowess, along with a superior set of cameras makes it easily a smart choice for a daily driver.

It can be easily someone’s GadgetMatch, especially if photography and videography are a priority for the user. 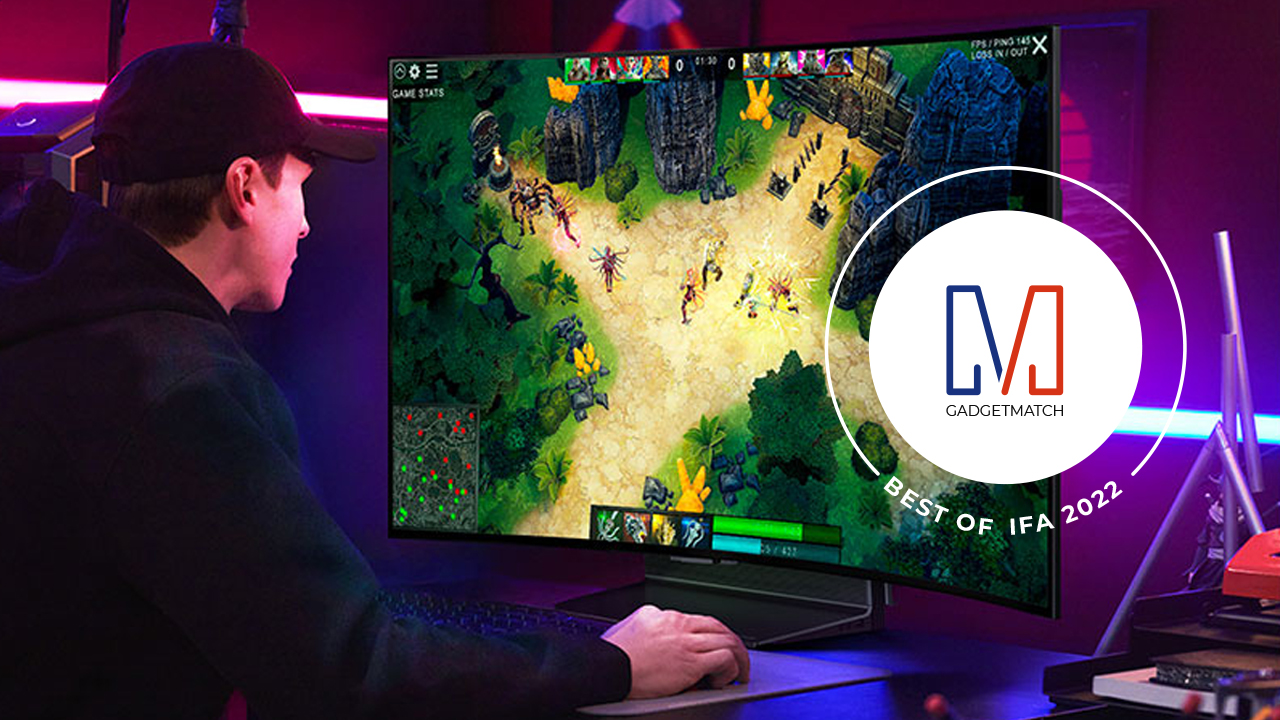 LG’s 2022 OLED TV lineup is nothing short of amazing. With their brand spanking new OLED Evo tech, their TVs offer the same deep black and image clarity we’ve come to know and love. But it takes a leap in brightness making it even better. For the extra oomph and wow factor, LG decided to put all of that tech in a curved panel. Wild. Just wild.

With the LG OLED Flex, not only do you get the best of LG (OLED Evo, Game Optimizer, Multiple picture modes), but you also get it in a curved panel that’s great for working with up close and personal. 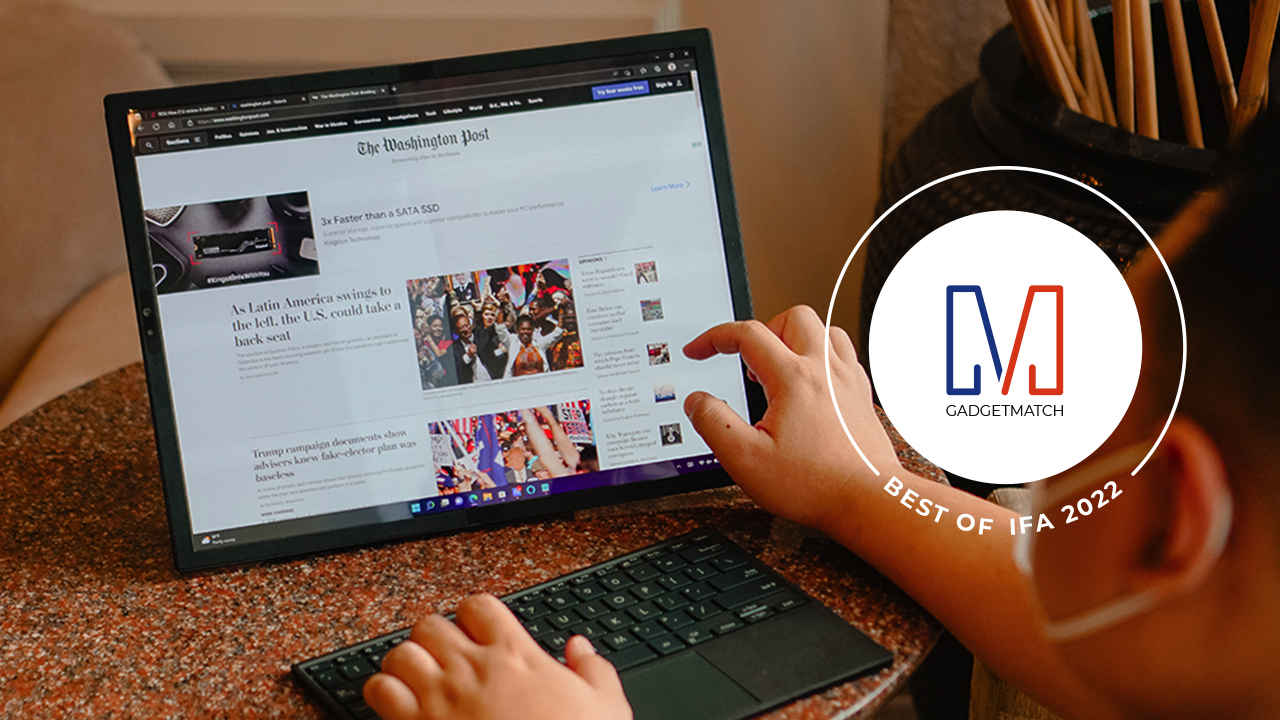 So, ASUS looked at foldable smartphones and thought “Hmm… why don’t we make it BIGGER?” The ASUS Zenbook 17 Fold OLED is the first of its kind at its size. Unfolded you get the massive 17-inch display in a body that’s not exactly for one-handed use. It can be propped up in multiple modes: PC, Laptop, Book, and Tablet.

It’s a first-generation device so expect some kinks here and there. One might think that this isn’t the most practical thing in the world. But that’s not the point. ASUS is experimenting with something new and this one certainly fits that bill. Plus, it’s also quite the conversation starter. 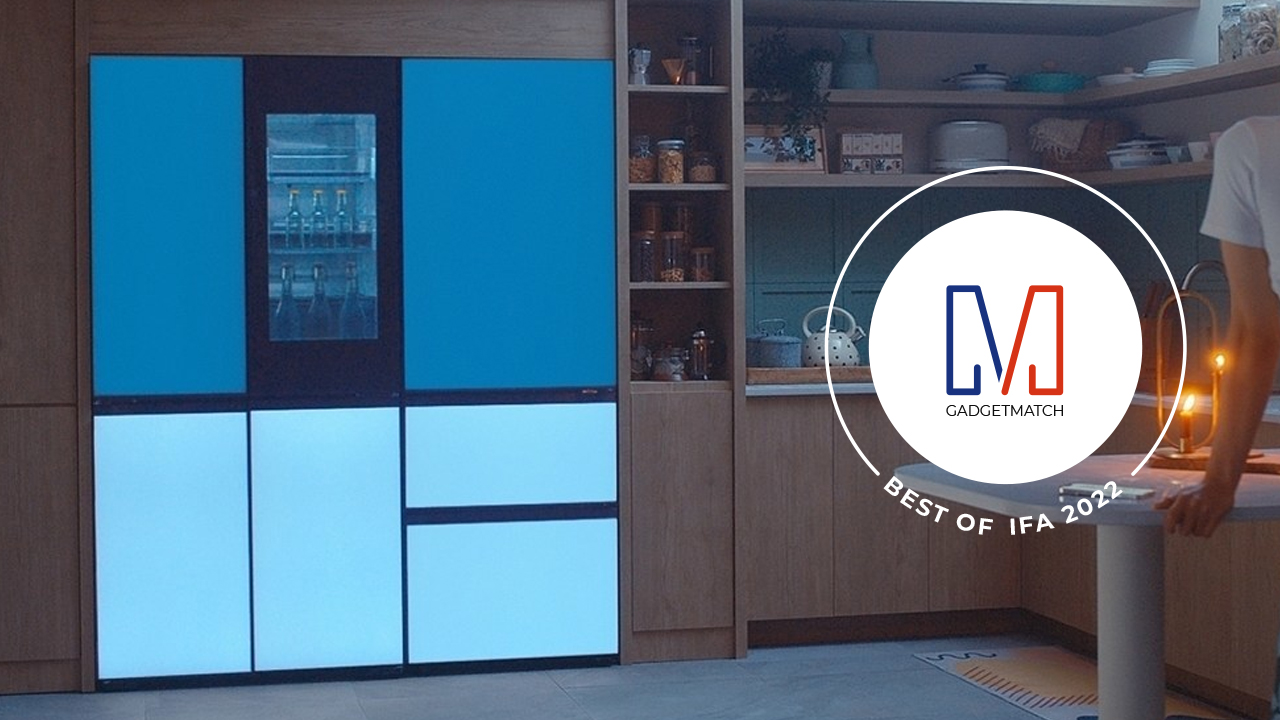 LG lit up the mood at IFA 2022 with its MoodUP Fridge, targeting younger demographics who like to blend cutting-edge technology with intuitive features and bolder designs. The fridge pushes for customizability with its color-changing LED door panels. It can easily change the kitchen’s mood and aesthetic, and with its flexible design, anyone can achieve a stylish, integrated kitchen within their reach. 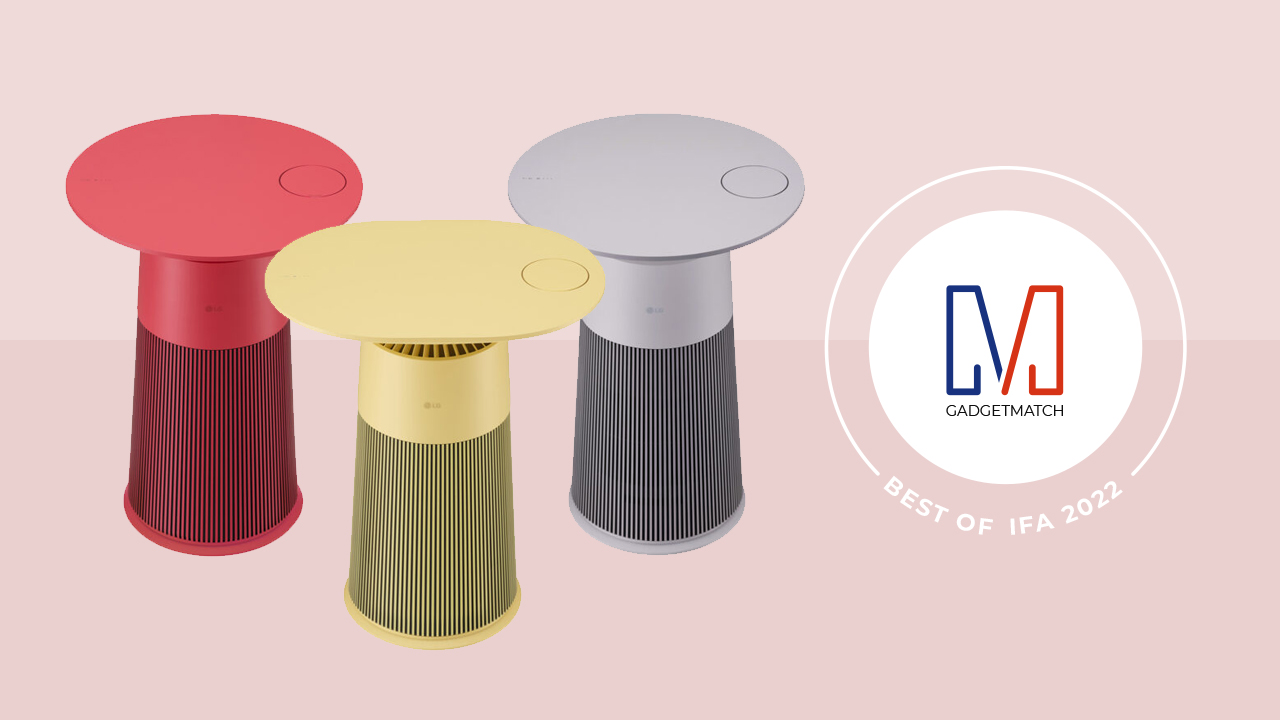 LG is expanding its Object Collection with the LG Aero Furniture, a table that doubles as an air purifier. At a time when we have to be more mindful of our health while maintaining a certain aesthetic, a piece of furniture pulling double duty is a novelty that we aspire to have in our homes.

After all, Aero Furniture uses multi-stage filtration, combining an Ultra-fine Filter, a Dust Collector Filter, and a Deodorization Filter in one. Moreover, it comes with UVnano technology that reduces viruses and bacteria by up to 99.99 percent. 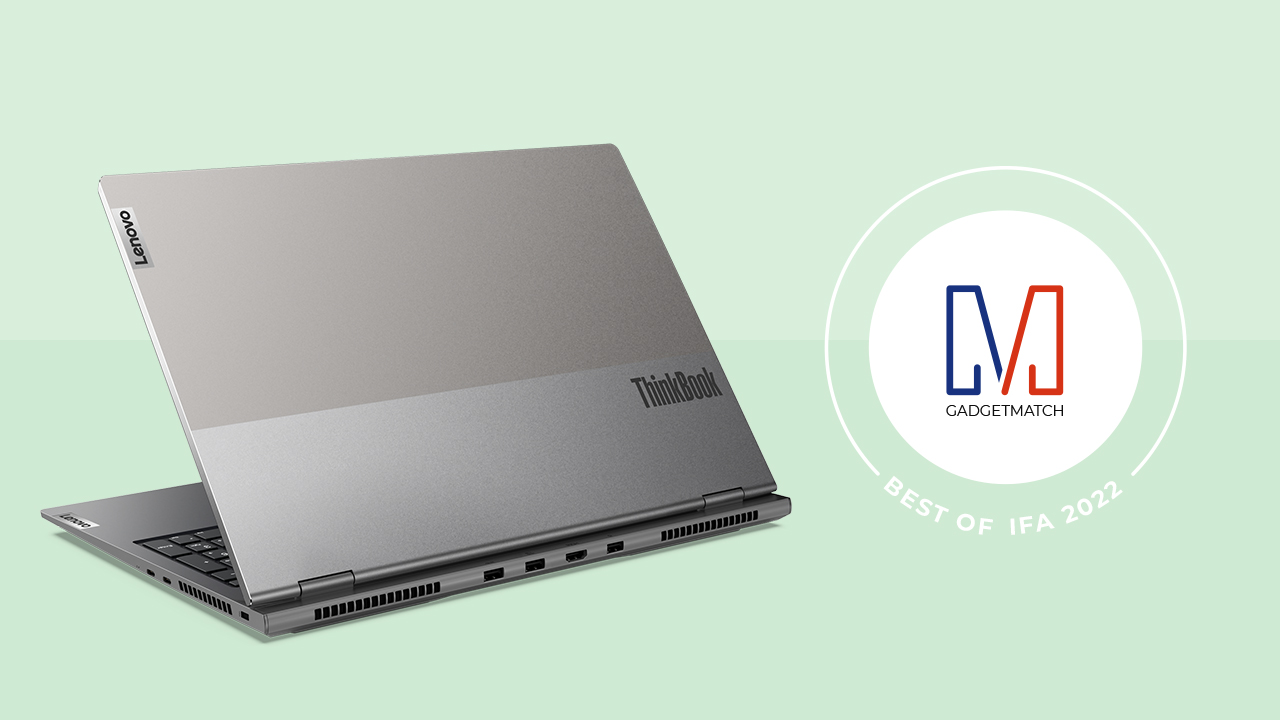 And with IFA 2022’s sustainable technology in mind, this laptop is also certified to be eco-friendly with EPEAT Gold rating plus certifications from Energy Star and TCO 9.0. 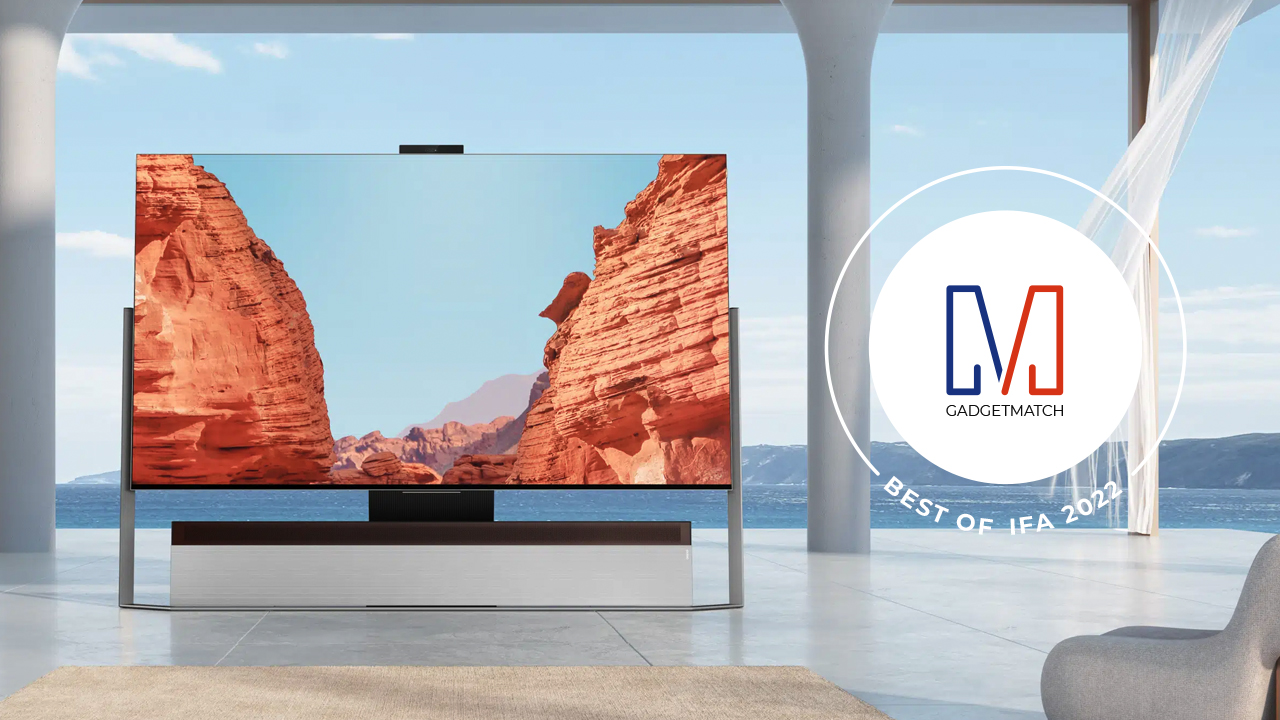 Even audio quality wasn’t compromised with its 160W Channel 5.1.2 surround sound system consisting of 25 speakers in total. This is probably the TV in our wildest dreams. 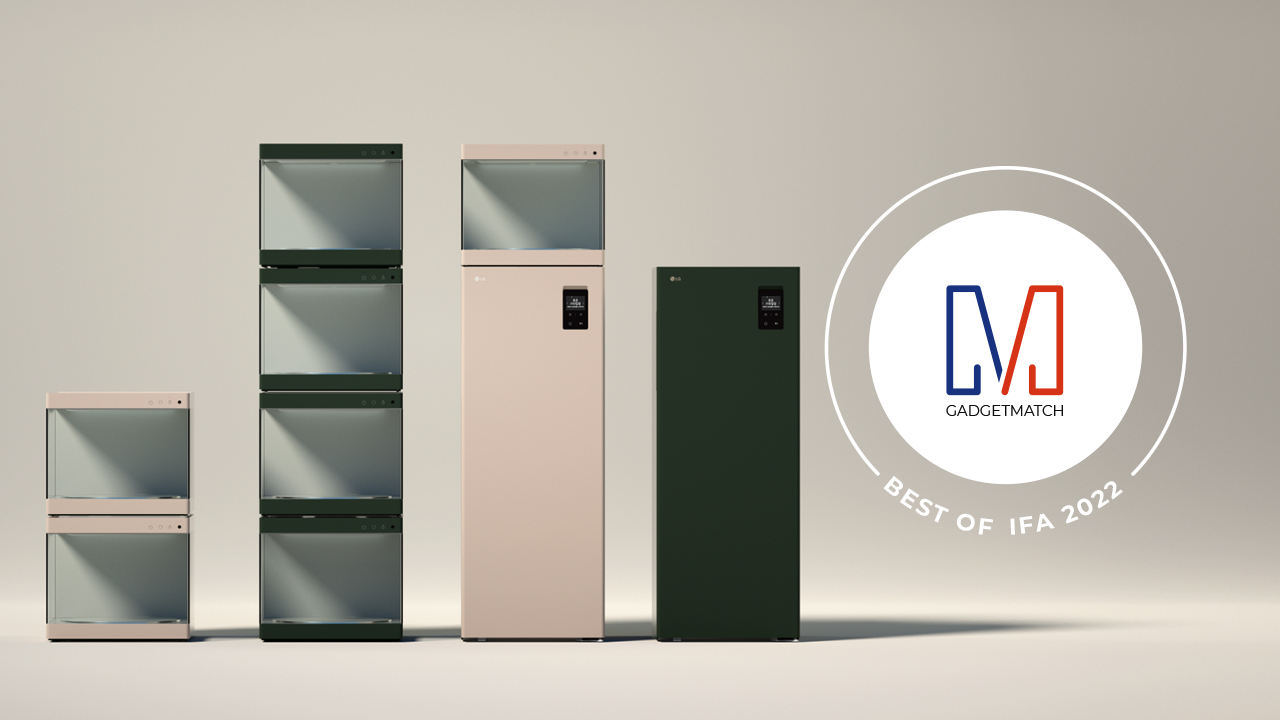 If you’re one of the legit sneakerheads, you would totally cop these two. Unlike traditional shoe racks and shoe boxes where you place your dirty shoes after using them, these new shoe care products by LG are equipped with TrueSteam technology that guarantees clean sneaks all the time.

The LG Styler ShoeCare ensures utmost care and protection for different types of shoes like leather, suede, and even sports footwear. Meanwhile, the Styler ShoeCase is the best way to ShoeCase (I mean showcase) your limited-edition sneakers – either bought retail or from the pesky resellers we all seem to hate. Best of all? It protects your shoes from humidity and UV light which will make your sneakers last longer than usual. 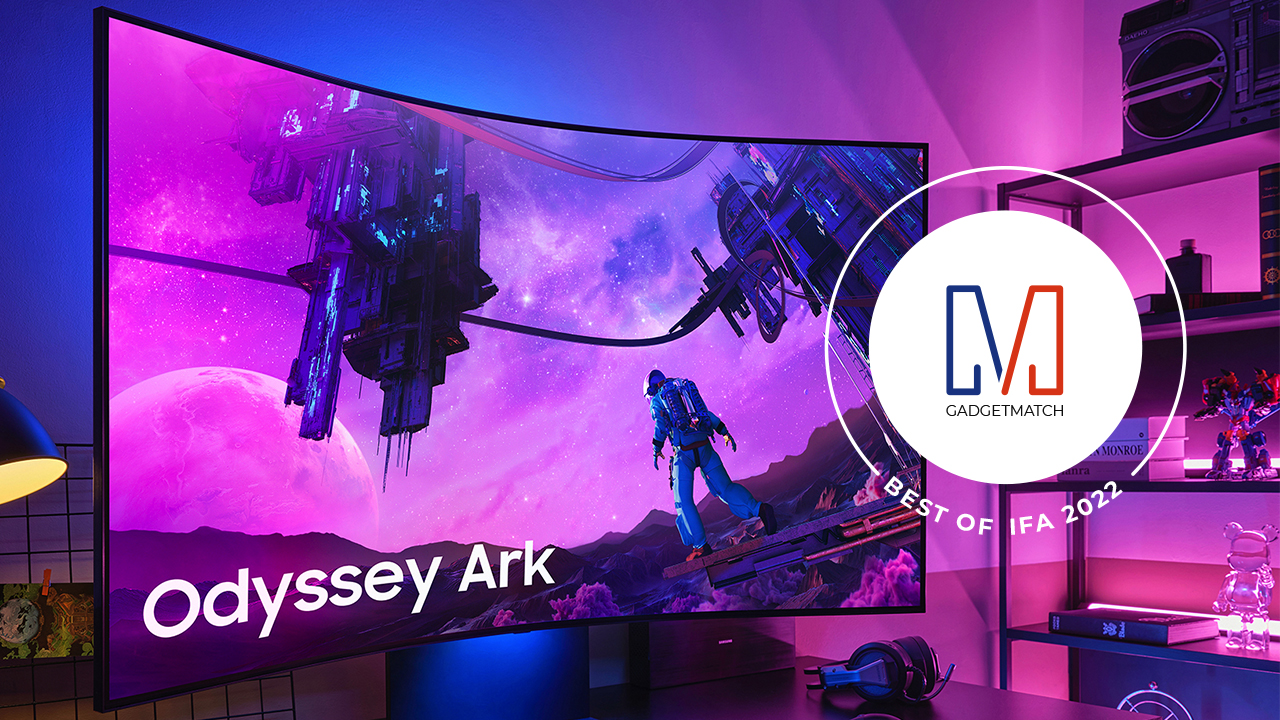 As far as gaming monitors go, the Odyssey Ark from Samsung seems the most far out. It’s the world’s first 55-inch 1000R curved gaming screen. It also happens to be 4K with 165Hz refresh rate. But really, one look at this thing and you’ll how much it stands out from literally everything else.

You also have to have a pretty deep desk to make sure you’re now being swallowed hole by this colossal piece of tech. It has an Ark Dial which lets you adjust its orientation. This gives us Cockpit Mode where the curved screen is positioned vertically. Yes, it’s as insane as it sounds.

Including the 97-inch OLED TV 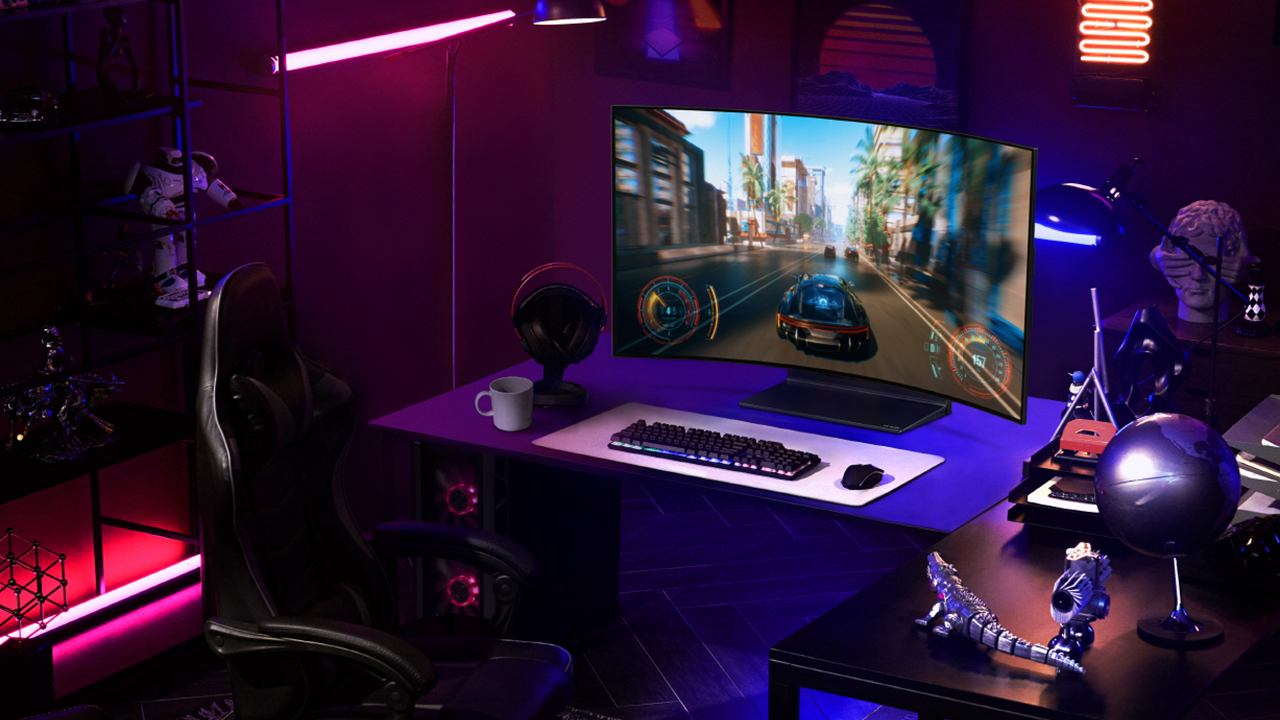 LG Electronics showcased a diverse range of latest smart life solutions in its booth at IFA 2022 in Messe Berlin.

The centerpiece of LG’s showcase was the new 97-inch OLED evo Gallery Edition TV, greeting visitors who entered the booth.

Aside from LG’s latest products, visitors were also treated to a retro-style gaming experience in the Flex Arcade zone.

Here, they were allowed to try out both new console games and old-school classics on LG’s OLED TVs — including the first-ever flexible 42-inch OLED TV Flex.

This provided a great way of showcasing the TV’s 20 curve options, as it its tailor-made for gaming on an entirely new level.

AI washer and dryer models, and a table-type air purifier (a furniture and air care appliance hybrid), were also on display during IFA 2022.

HONOR at IFA 2022: Everything you need to be excited about 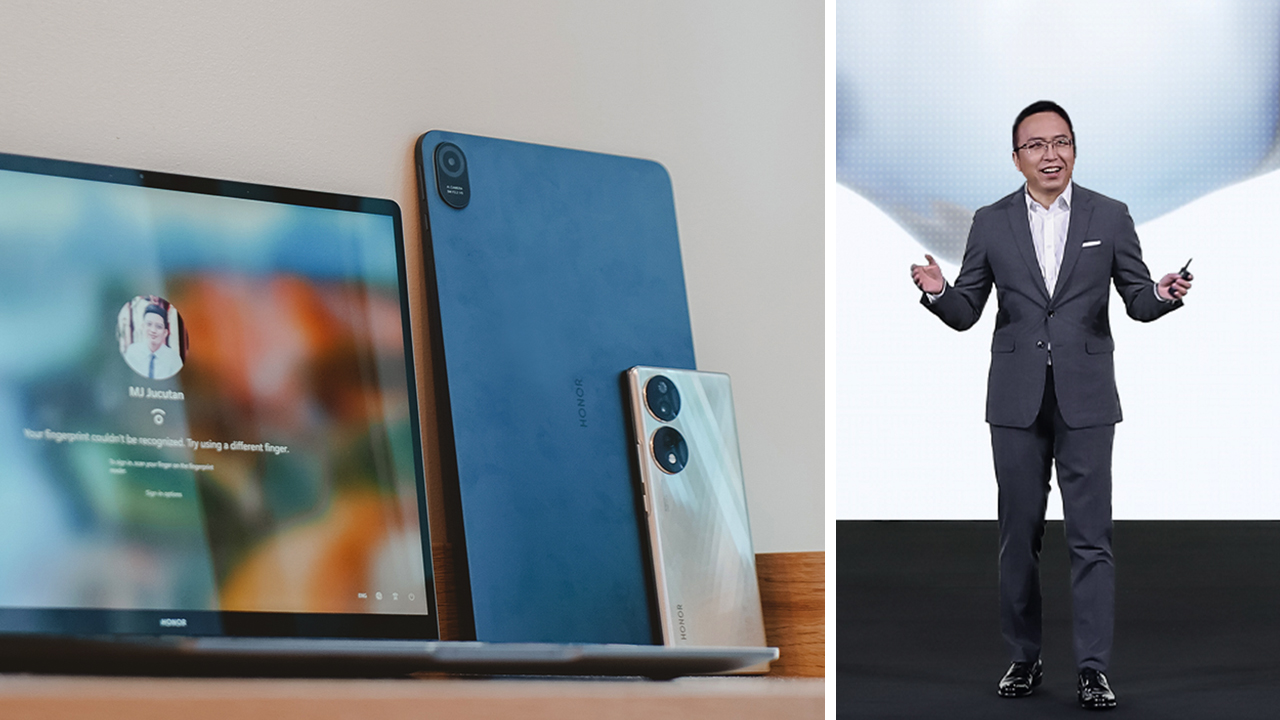 HONOR has just hosted its keynote at IFA 2022. Entitled “Embracing the Connected Future,” HONOR laid out its plans. A Dual Flagship Strategy, a preview of MagicOS 7.0, an intelligent collaboration OS, and more.

For the first time, HONOR is introducing its foldable smartphones to international markets. Together with an all-around flagship smartphone, the foldable will also make its way to Europe and other regions around the world. 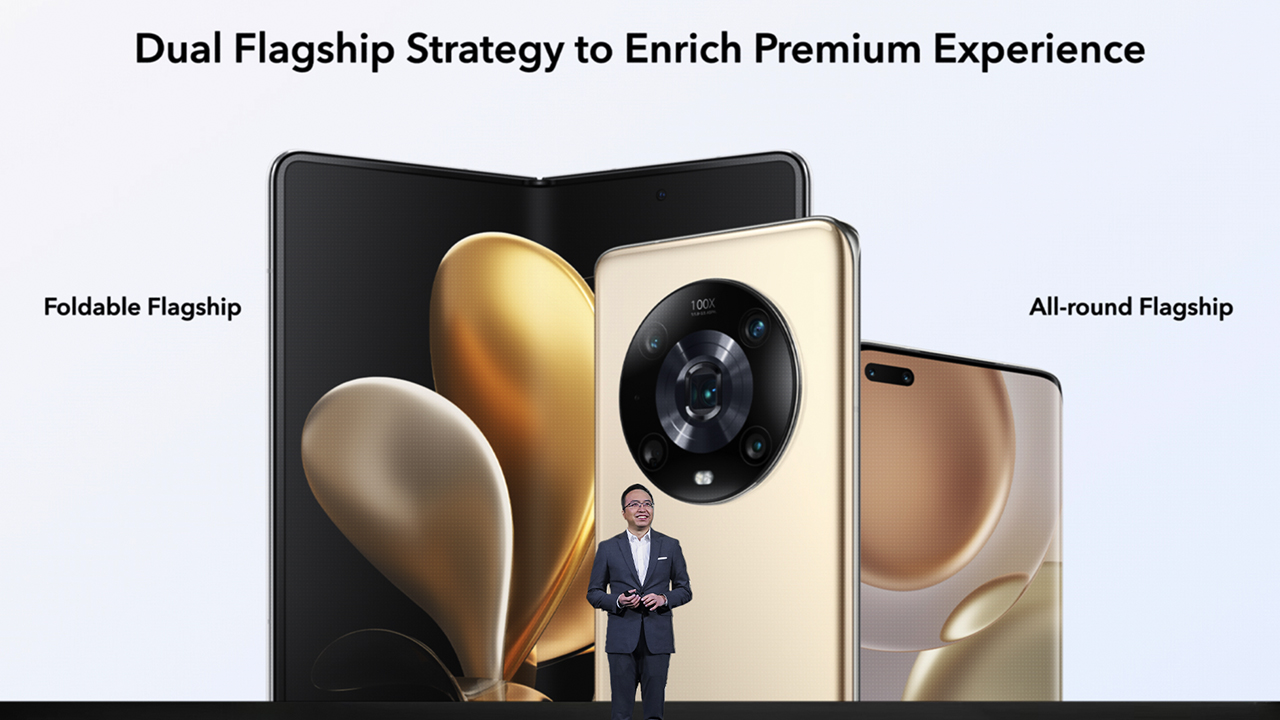 Joining the announcement is the unveiling of MagicOS 7.0, a new OS designed to provide a seamless experience. It’s based on Android as well as PC and IoT operating systems, allowing devices running a different OS to connect to MagicOS devices at a system level.

The OS will also allow users to control an HONOR laptop, smartphone, and tablet with just a single keyboard and a mouse. Moreover, it will come with functional features that will make your connected experience efficient. MagicOS 7.0 will be officially announced later in 2022. 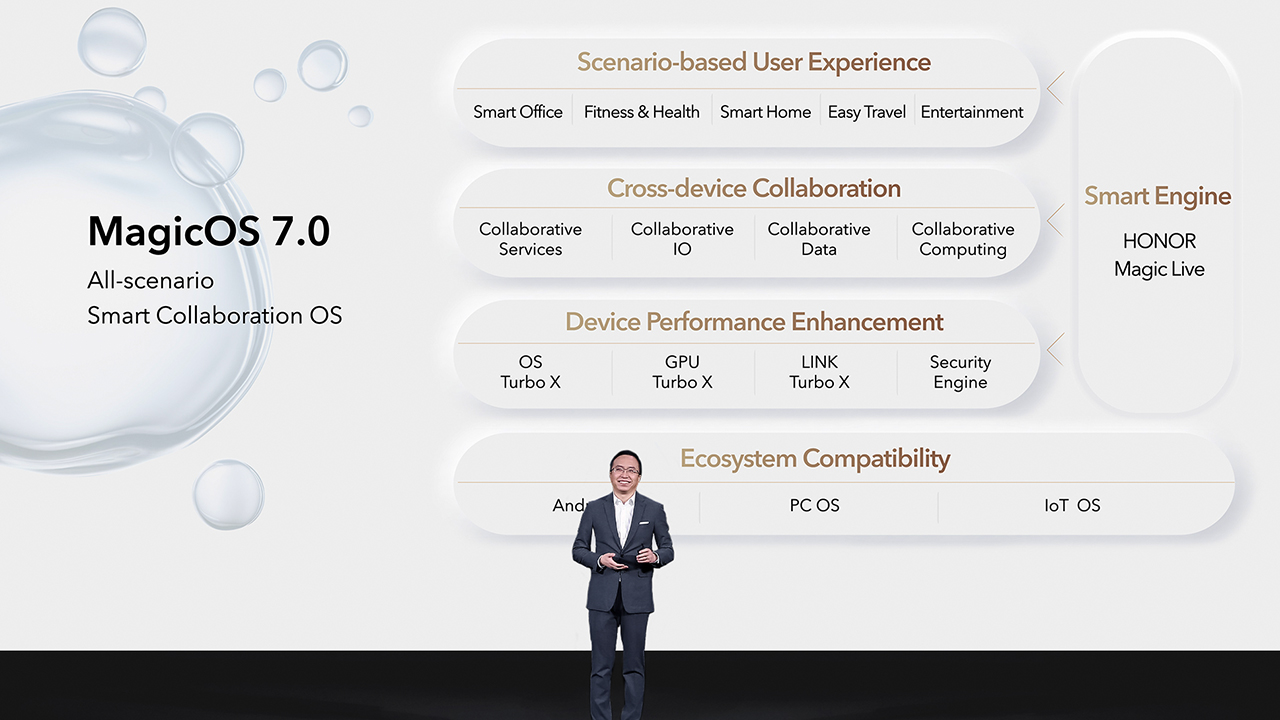 In case you’re unfamiliar with Phone Link, it connects select HONOR smartphones to Windows PCs, enabling the ability to view notifications, make and receive calls, and use mobile apps on Windows. 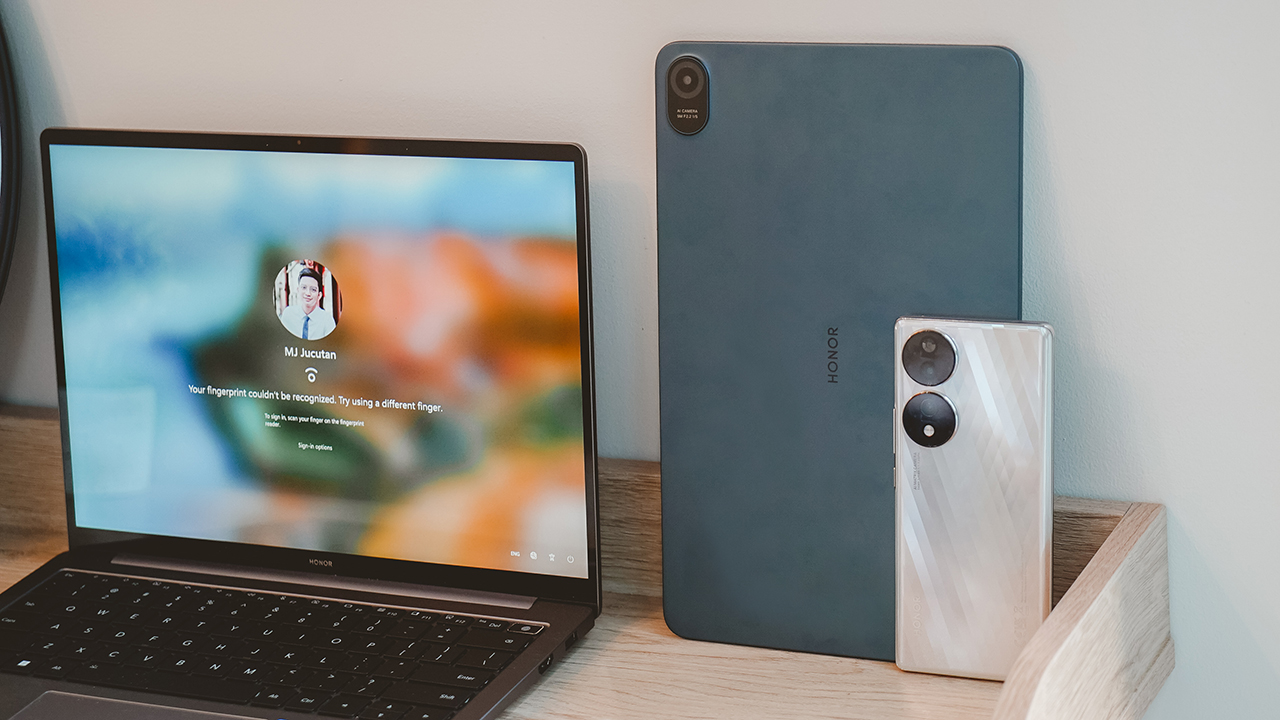 Currently, the HONOR Magic4 Pro is the first international HONOR smartphone to support the feature. The HONOR 70 will support Phone Link as well, after an OTA update. 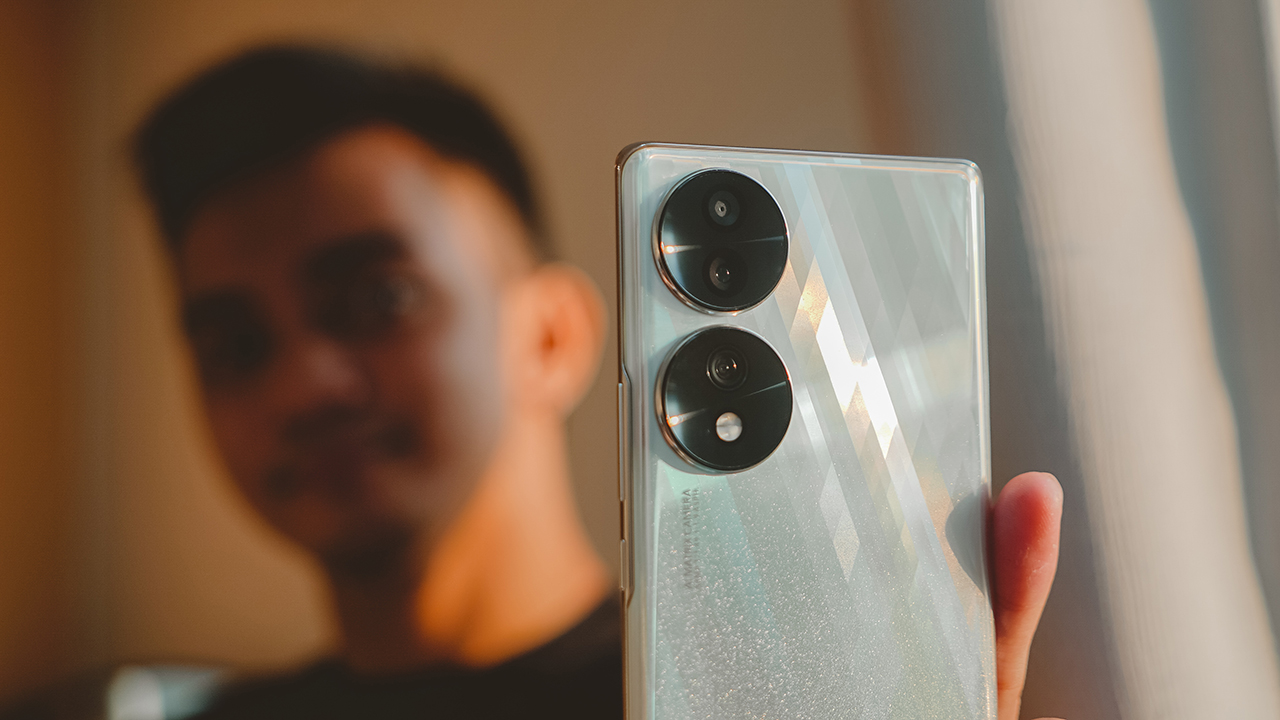 Taking the lead in bolstering HONOR’s product portfolio is the HONOR 70. The latest addition to HONOR’s high-end N series, which is also the successor of the HONOR 50, debuts as a masterpiece device for vlogging enthusiasts. 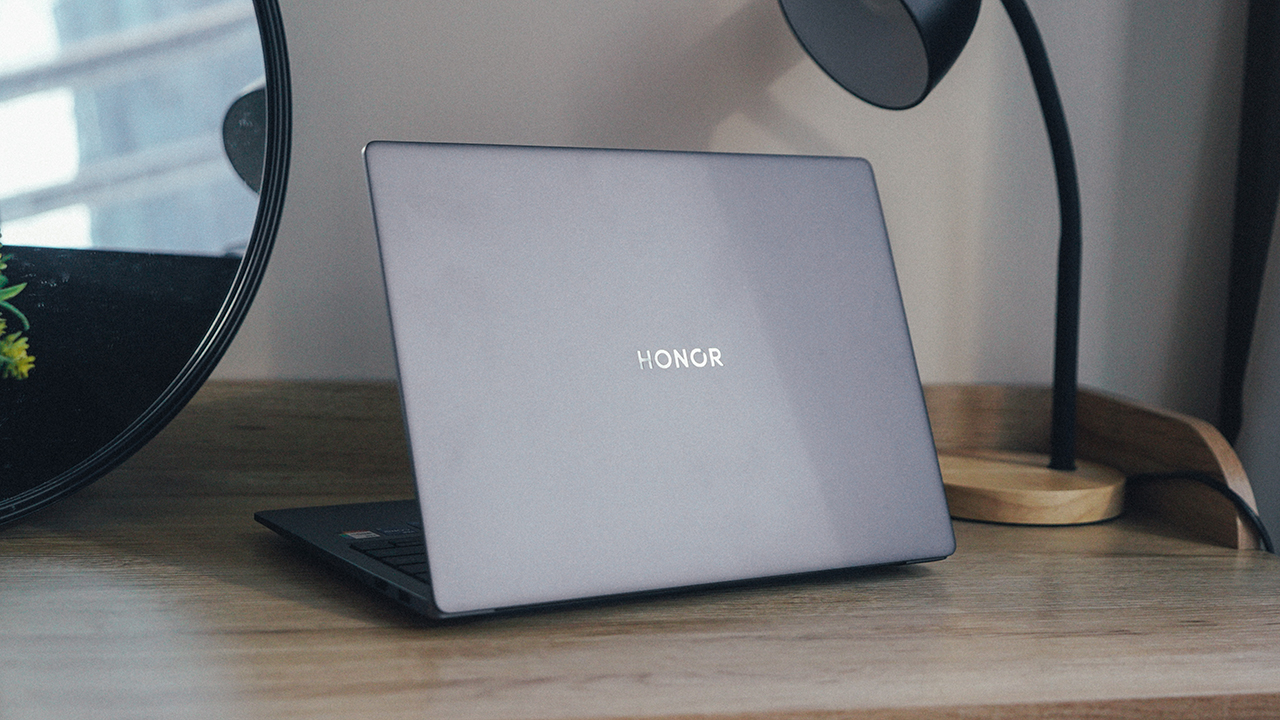 It runs on a 12th-gen Intel Core i5-12500H processor, with an NVIDIA GeForce RTX 2050 dedicated graphics card, and supports a 75Wh battery that promises up to 17 hours of battery life.

It’s slated to arrive in select European markets by September 18, 2022, with pre-orders starting September 2, 2022. The Honor MagicBook 14 without the dedicated graphics card retails for EUR 1099, while the RTX-infused ones cost EUR 1299. 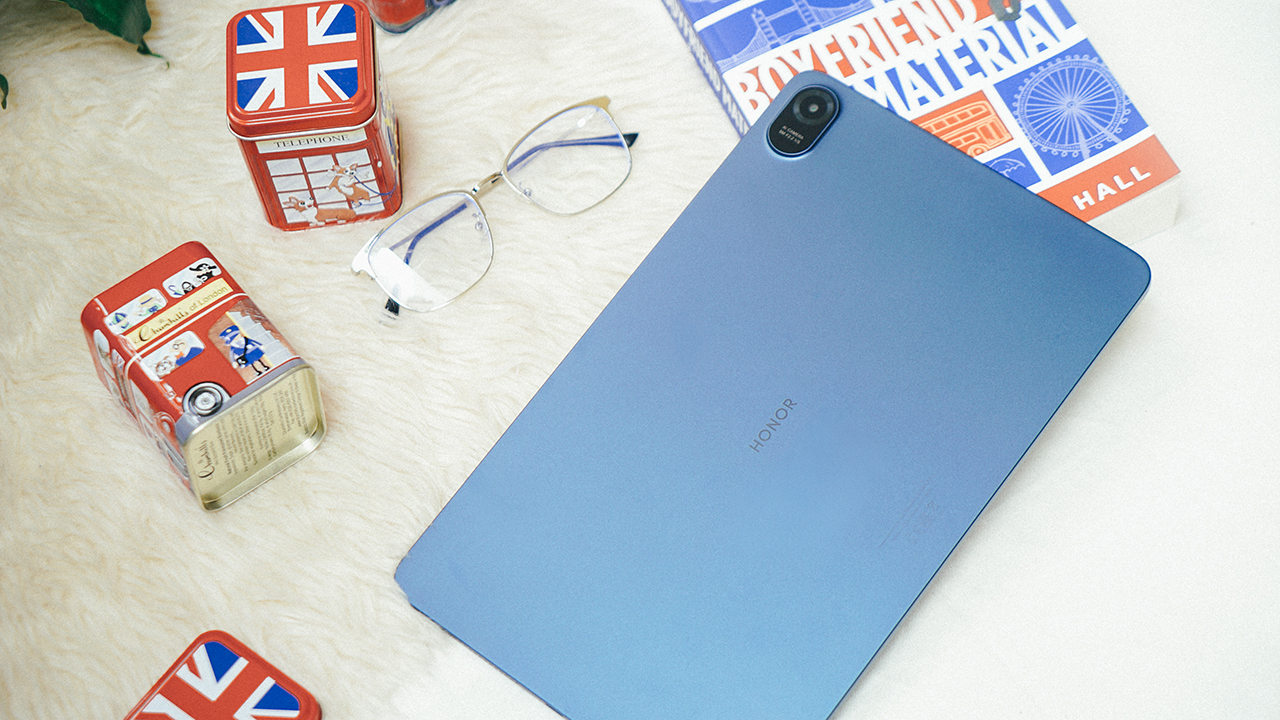 Completing the brand’s global product portfolio is the HONOR Pad 8. It’s an affordable, well-rounded tablet that caters to productivity and entertainment needs of students and young professionals.

It sports a 12-inch 2K FullView display, with eight built-in loudspeakers for a promise of an immersive multimedia experience. It also runs on Magic UI 6.1 with Google Play services.

The next digital revolution

HONOR is preparing for the next digital revolution, unlocking immersive experiences and harnessing the technology through Spatial Audio, Artificial Intelligence (AI), and Augmented Reality (AR).

Gateway to the Future

Unveiled during HONOR’s IFA keynote session, “Gateway to the Future” is HONOR Talents’ initiative to enrich cultural heritage through the power of technology.

The AR experience is now live on-location in Speicherstadt and will be available for viewing via the ARLOOPA app.

HONOR comes with a Spatial Audio solution to allow headphones to produce wide, cinematic 3D sound effects. It aims to create the sense of immersion required for AR and VR experiences.

The solution delivers surround sound by using the accelerometer and gyroscopes in earbuds to track the motion of the user’s head, ultimately remapping the sound field. 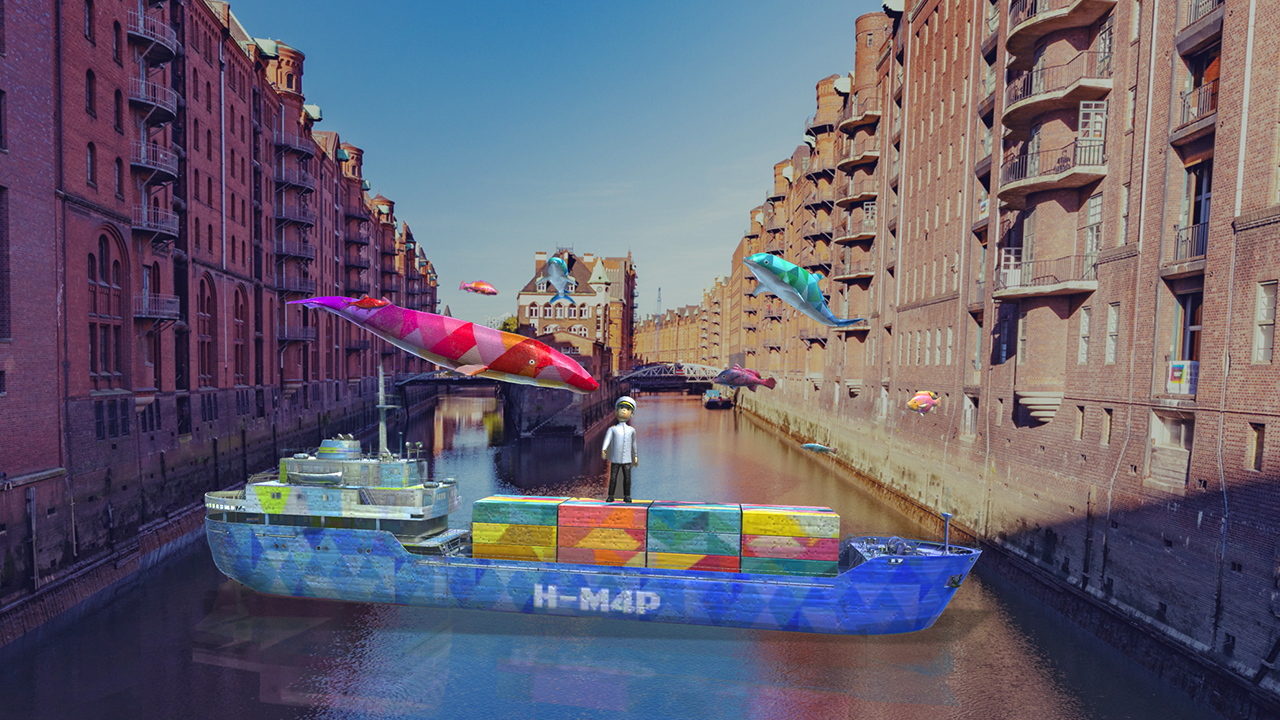 The contestants are invited to produce digital AR artworks, aiming to transform their neighborhoods including digital overlays for buildings, walls, parks, and other public spaces. For artists interested in the contest, get more information here.