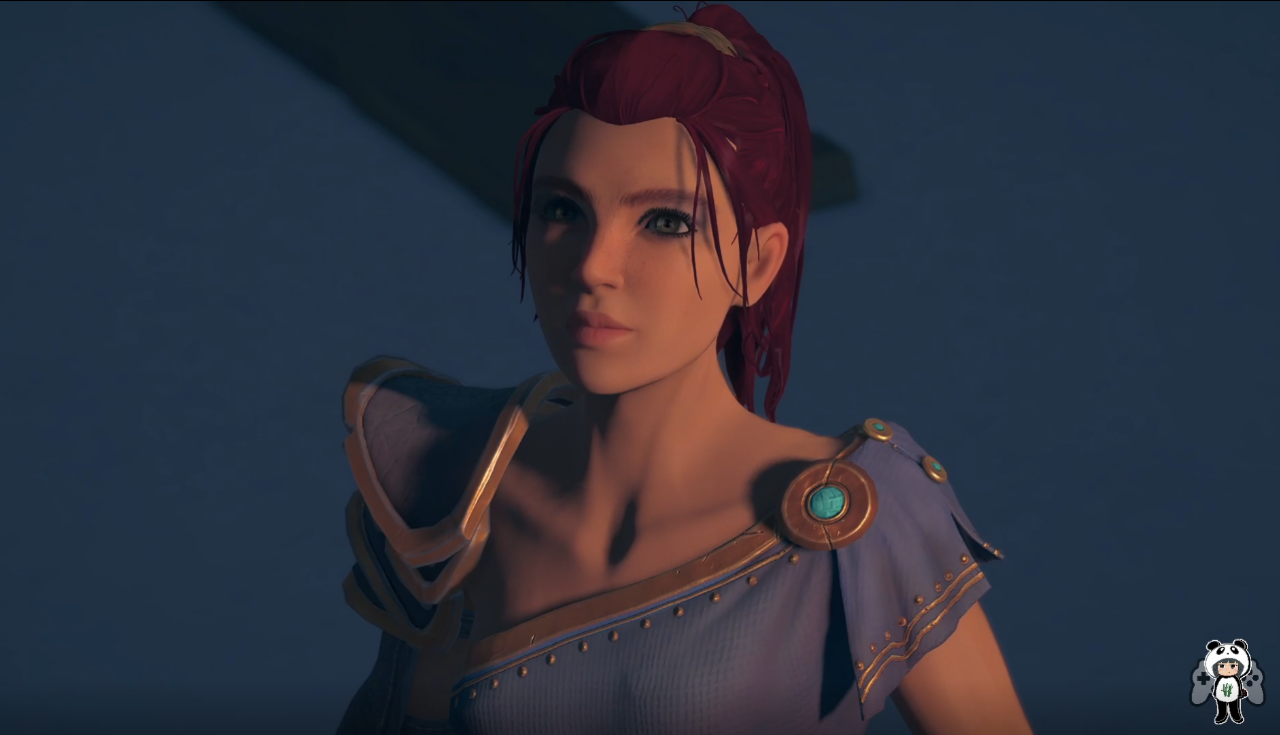 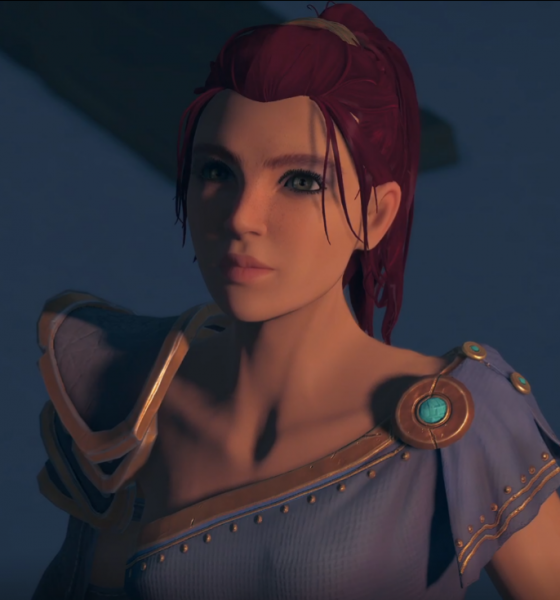 For the kids and kids at heart

The game starts with Zeus, the God of Thunder visiting his old companion Prometheus, the God of Fire, whom he has actually punished and chained to a rock for giving mortals fire. Zeus was asking Prometheus for advice on what to do with Typhon who just escaped from Tartarus and has caused destruction. 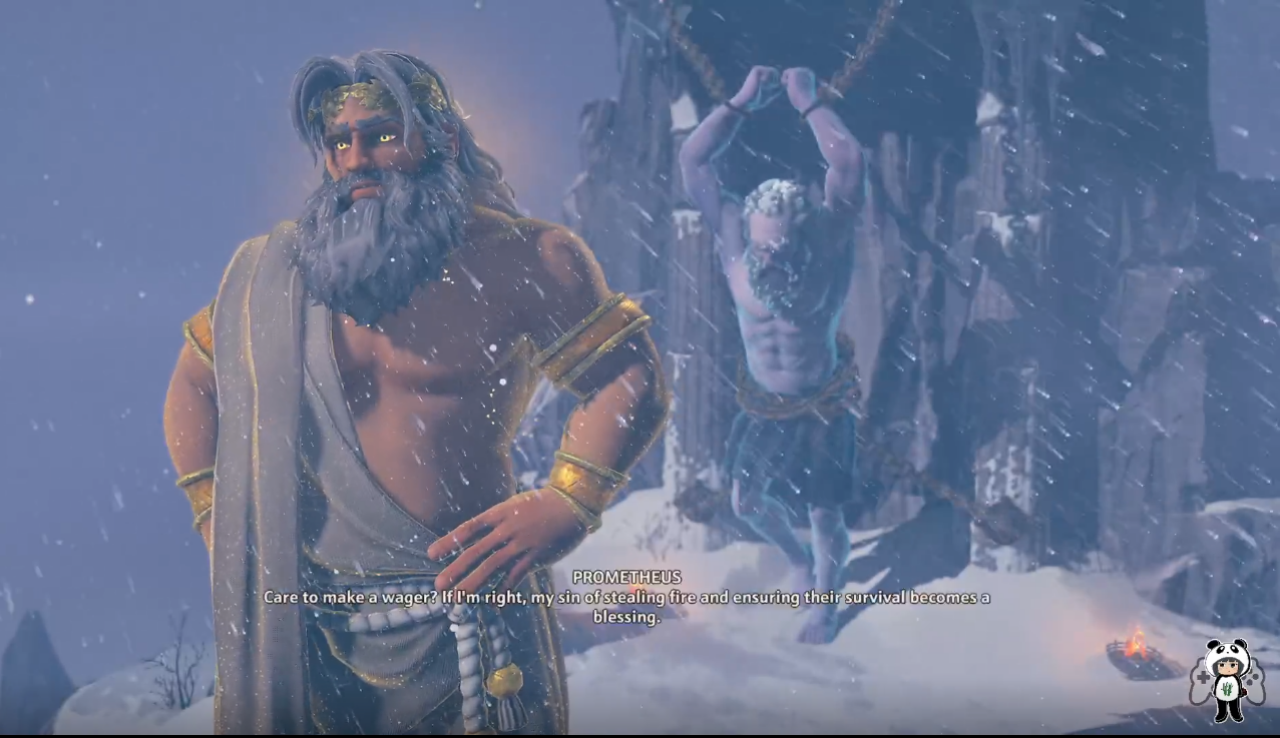 Typhon has already stolen Zeus’ thunder and the other gods are missing, giving Zeus no choice but to follow Prometheus’ advice to have faith in a mere mortal with a true identity that has yet to be unfolded.

This is where our protagonist Fenyx comes into picture. Fenyx’s adventures will be narrated by Prometheus for the whole game. 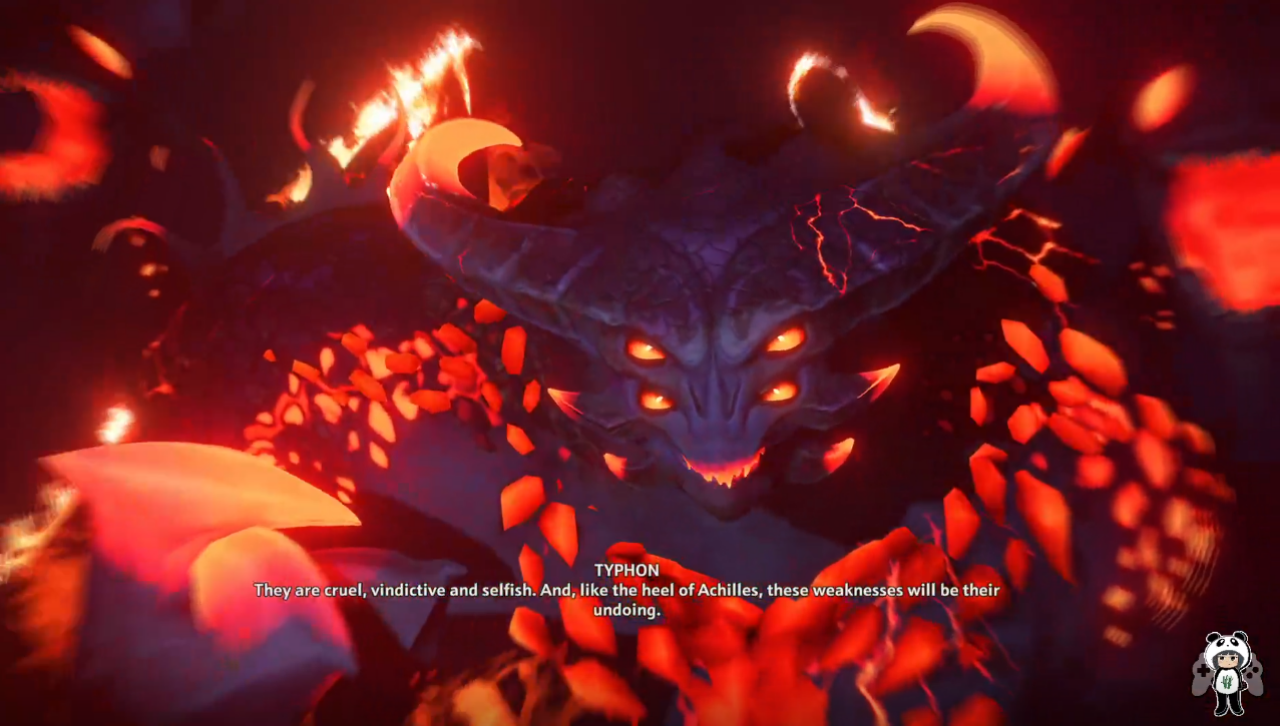 Fenyx, a Greek Soldier will be set on a journey to find the cause of all this destruction, after losing her companions and brother. She would learn to strengthen her skills, acquire wings and collect all the necessary weapons and armors to beat Typhon. Along the way, she would be battling bosses and corrupted heroes like Achilles, Odysseus and Herakles.

I think this kind of art style has more appeal to younger audiences. Its like watching animated films from Pixar.

You’ll be able to the distinguish the gods through their trademarks. The armors and weapons that you collect through out the game was also very detailed. 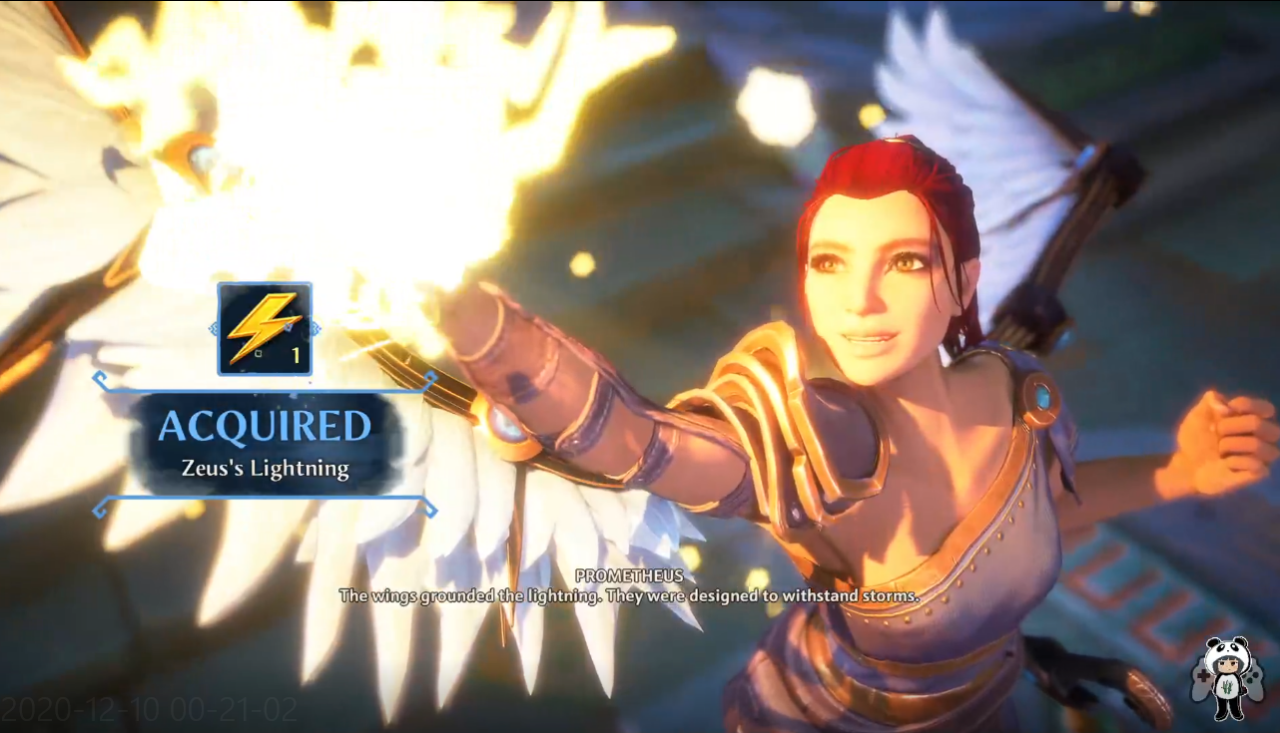 One thing that was actually bothered me was the way the character walked — it felt heavy and bulgy. I expected this part to be smoother.

There are five difficulty levels to make sure the whole family can enjoy the game. Character creation is also pretty straight forward and not much options for customization.

For the controls and UI, Potions will be found on the left side and weapons and skills on the right. You would need to climb mountains, swim, run and fly around the Golden Isle to be able to finish tasks. 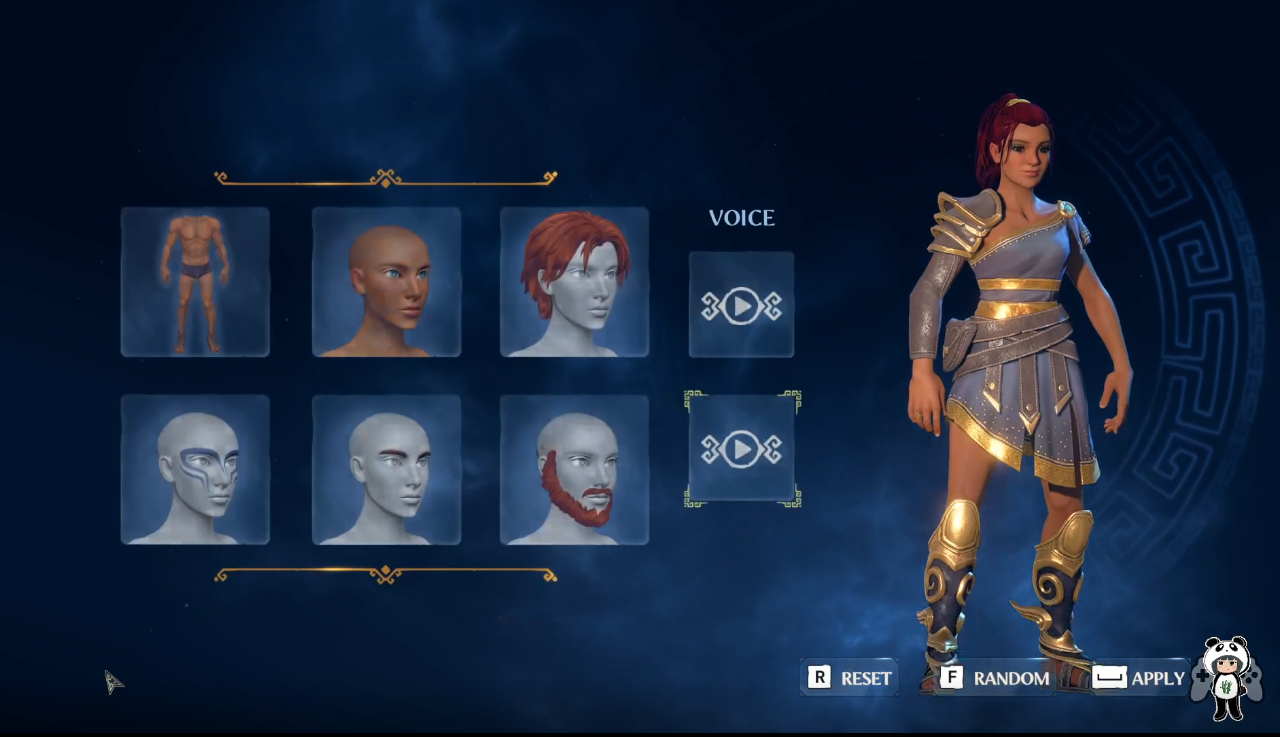 I’ve always enjoyed a good adventure and solving some puzzles but what I like most about Immortal Fenyx is that I can switch weapons during a battle. From using an axe for heavy damage to quick attacks with a sword then a bow for range attacks. You’ll be able to create your own play style while battling bosses.

If you wanted to take a break from your usual games or still waiting for a good AAA game release, then Immortals Fenyx Rising is a good game to spend time on. You’ve got some good action, puzzles, stories and some humor from Zeus and Prometheus. 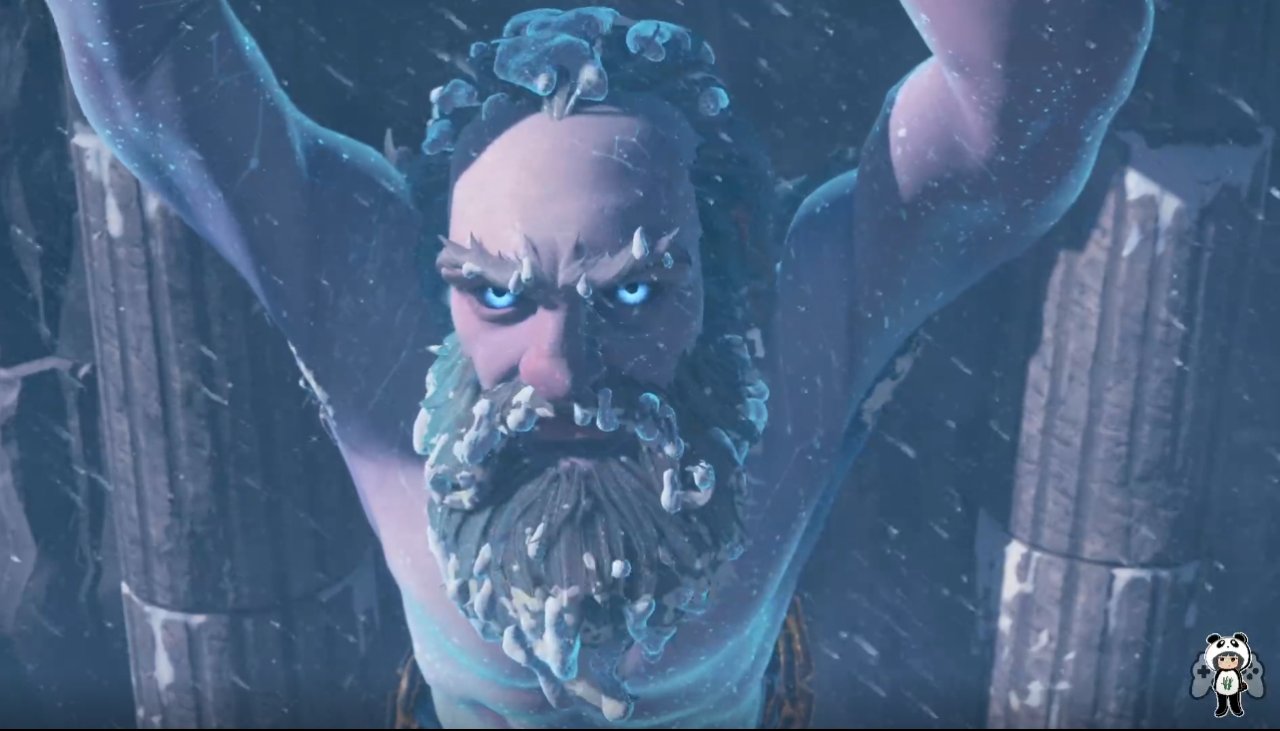 This gameplay feature was written by Jan Ariz Joy Franco or Rizu — her in-game name. She’s a full-time software developer and plays games to de stress. She just started streaming few months ago to help cope with the pandemic and wants to promote a toxic-free gaming environment. She’s a big fan of Super Mario. If you want to support her just drop a follow: http://facebook.com/rizuph.