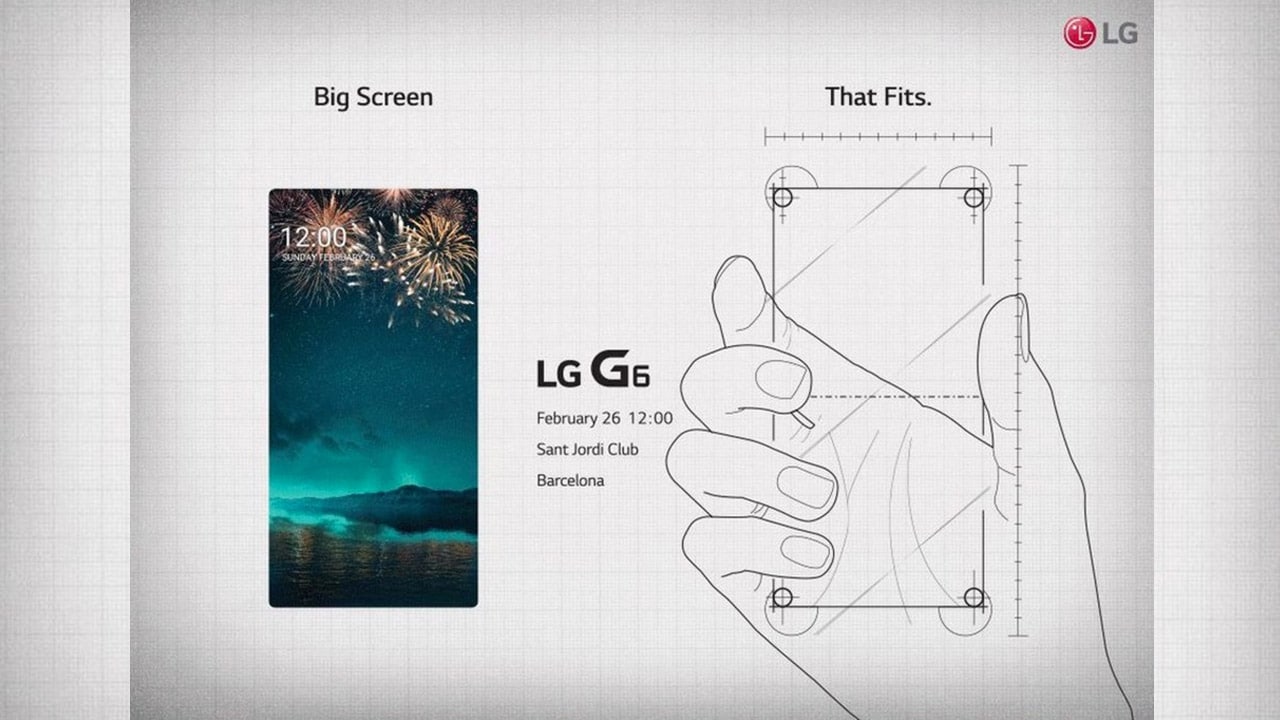 LG’s near-borderless smartphone now has an official invitation for its unveiling at Mobile World Congress (MWC) as well as possible launch dates for both South Korea and the US.

We can see on the invite below that LG once again emphasizes the large display of the upcoming G6. What’s new this time is how hand-friendly the phone apparently is. 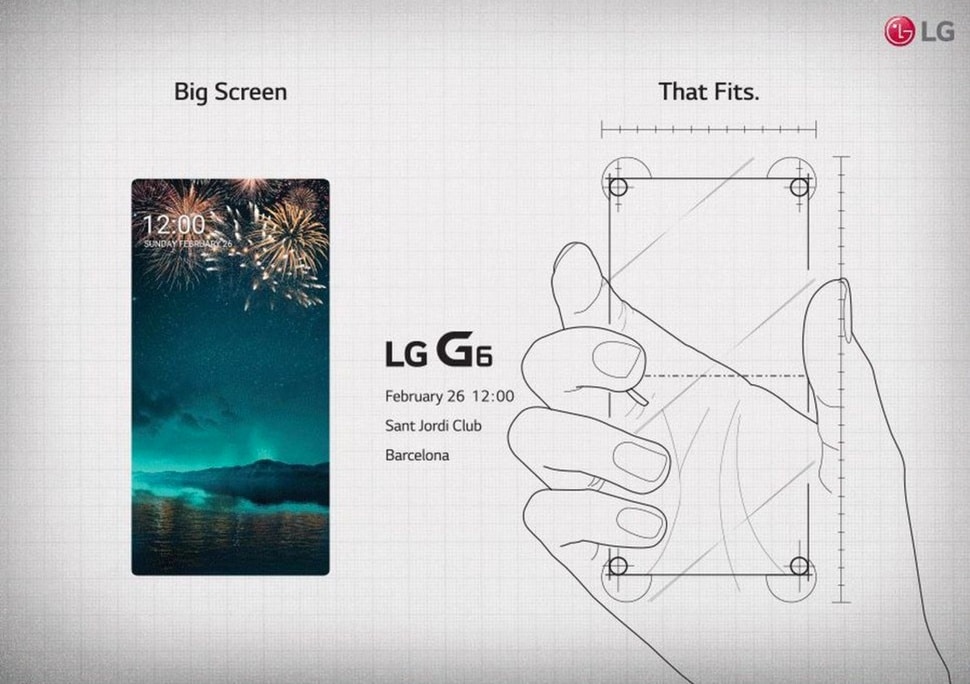 The reveal date of February 26 isn’t new to us — a lot of other devices will be shown on that same day at MWC in Barcelona — but rumors are now suggesting that South Korea will get first dibs on the G6 beginning March 9, which is a little over a week after the unveiling.

The same sources claim the US will have its G6 rollout on April 7, nearly a full month after the Korean launch. That would put American audiences in a bit of a pinch, considering how Samsung’s Galaxy S8 will be revealed shortly before then, and other premium handsets like the Huawei P10 might already be available worldwide.

LG has its work cut out for itself, especially since rumors are swirling about the G6 possibly having an older chipset, while Samsung and other manufacturers are expected to hoard all supplies of Qualcomm’s next-generation processor.

Besides its 5.7-inch screen with minimal bezels, the G6 is confirmed to have water and dust resistance, a 3.5mm audio port, and the same dual-camera system made popular by last year’s V20 and G5.

The newest LG flagship boasts a bigger display that fits in your hand, but that wasn’t exactly why I got excited over the G6.  END_OF_DOCUMENT_TOKEN_TO_BE_REPLACED

END_OF_DOCUMENT_TOKEN_TO_BE_REPLACED

Nokia managed to get the internet all hyped up with a feature phone. The hype reached fever pitch when Nokia finally unveiled the 2017 version of the 3310 at Mobile World Congress in Barcelona, Spain. For a closer look, here’s our Nokia 3310 hands-on video. END_OF_DOCUMENT_TOKEN_TO_BE_REPLACED