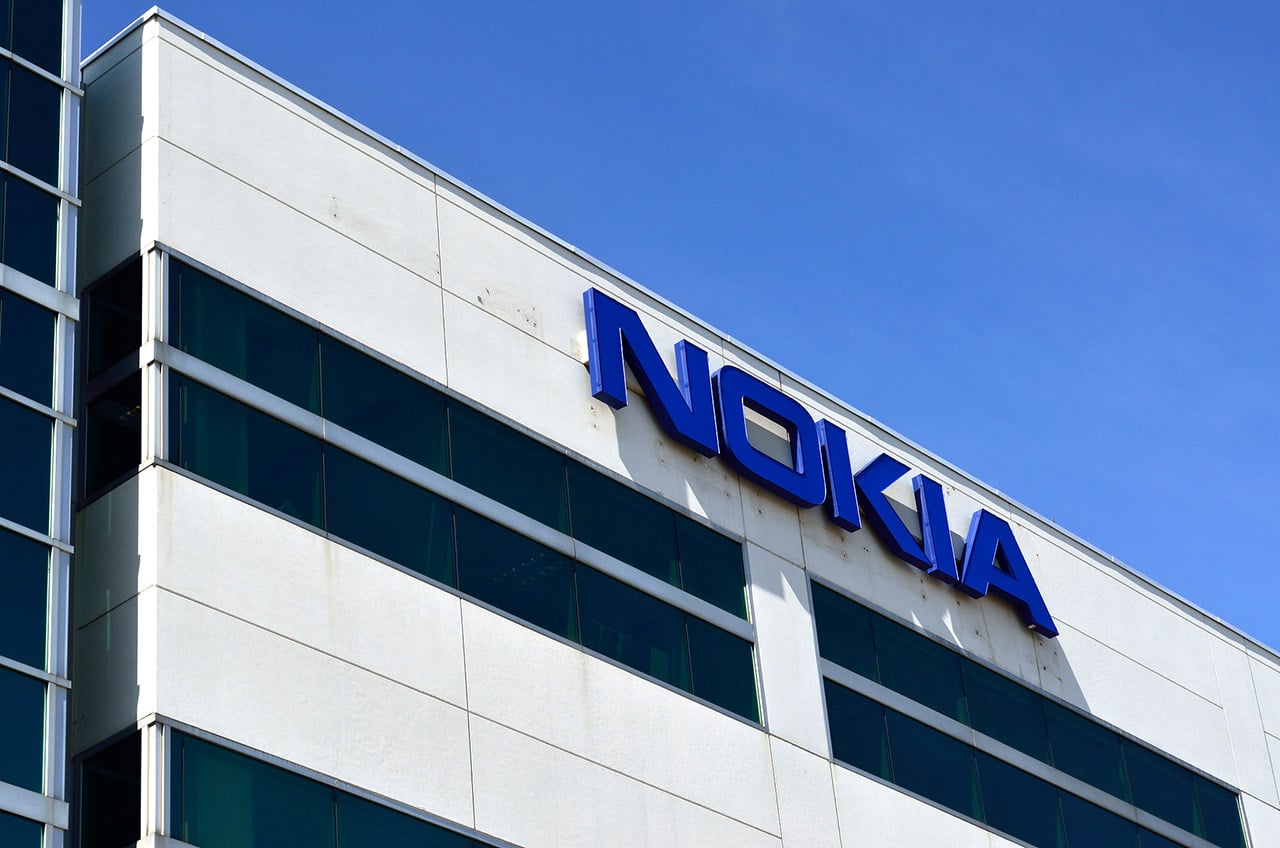 Nokia is gradually making its comeback, as Microsoft’s grip of the once dominant Finnish brand nears its end. If the latest leak from an online benchmark is anything to go by, Nokia could be releasing a midrange Android handset by the end of this year.

Labelled as the Nokia D1C, the mysterious smartphone was found to have gone through a popular benchmark site called Geekbench a couple of days ago (October 1 or September 30, depending on the time zone). The date is important, because it signifies the start of the fourth quarter of 2016, which effectively lifts Microsoft’s non-compete clause disallowing Nokia from using its name on smartphones.

The deal was valued at over $7 billion and began in April 2014. You might be wondering why the clause didn’t prevent the Android-powered Nokia N1 tablet from being announced back in November 2014, but that’s because the rule affects only smartphones, and anything outside of that, including tablets, is fair game.

Like the N1 tablet, the Nokia D1C will most likely be produced by China-based Foxconn, who also handles manufacturing duties for Apple’s iPhones. But while the N1 was quite innovative for its time, having introduced the USB Type-C standard on tablets for the first time, the D1C looks to be less than stellar.

According to the benchmarks, which gauge the raw computing power of the device, the upcoming Android 7.0 Nougat phone from Nokia is expected to have 3GB of RAM and a low-end to midrange Qualcomm Snapdragon 430 processor. The latter is the same chipset as the one found in the ASUS ZenFone 3 Laser, so we’re certain Nokia’s new handset will be a decent performer with a fair price.

Every other detail is up for more leaks to clear things up, but we’re glad to see something other than a cheap feature phone from Nokia in the works.

Update: It looks like the Nokia D1C can’t keep a low profile. Check out these benchmark specs found on AnTuTu: 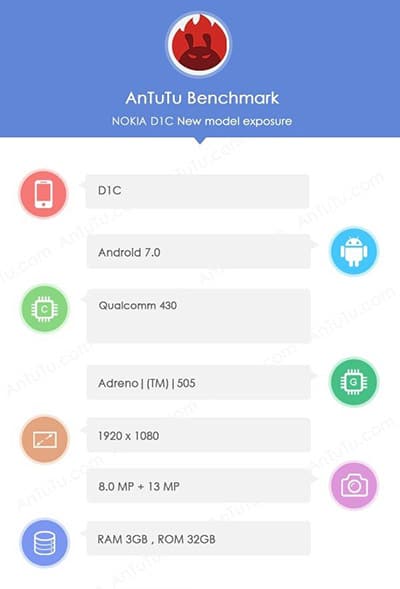 We can confirm that the Android handset will indeed have the aforementioned processor and 3GB of memory, as well as 7.0 Nougat, a screen resolution of 1920 x 1080 pixels, 32GB of internal storage, and a pair of 13- and 8-megapixel cameras.