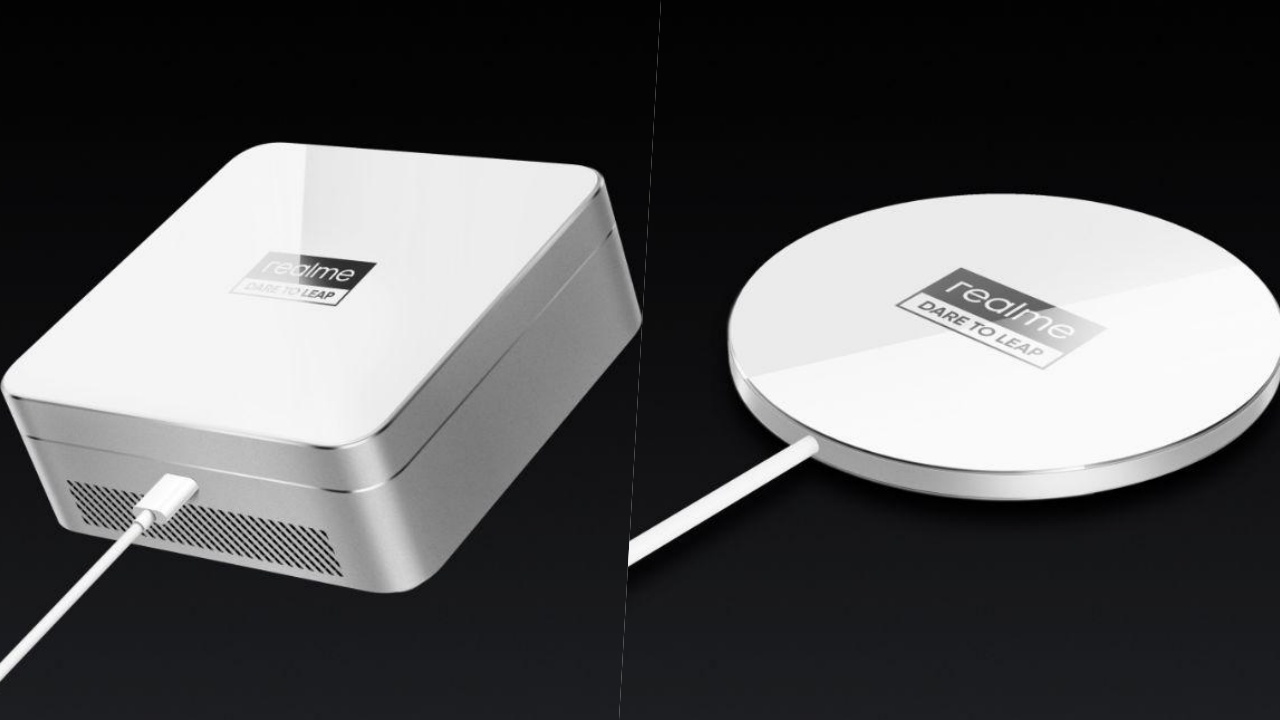 This cube-ish contraption works as you might expect. You snap it onto a supported smartphone and promises to get a 4,500mAh battery from zero to 100 percent in less than an hour.

realme applied its active air cooling system on the 50W MagDart Charger so things don’t go boom or uncomfortably hot. It has powerful but compact fan that keeps things cool as it juices up the phone.

However, just because it isn’t as fast as its beefier counterpart, it doesn’t mean it goes at a snail’s pace. This thing takes a 4,500mAh battery from zero to 100 in 90 mins. That’s about a feature length film or about three full repeats of TWICE’s Perfect World Album which you should totally listen to.

Again, this one functions as it names suggests. It’s a MagDart Power Bank that comes with a base so you can prop it up as if it’s a wireless charger. This appears to be the handiest and most versatile of the bunch.

realme didn’t share the expected charging times but based on its size and make, it’s likely closer to 15W than 50W. We’re speculating that’s about an hour of zero to 100 percent for something with a 4,500mAh battery.

There really isn’t much to say about this concept phone for now as it appears to have been made specifically to showcase MagDart. That said, it means realme is close to really ready to launch a market version of a phone that supports MagDart.

We reckon it’s sooner rather than later since it would be shame to have all these MagDart tech and accessories without a smartphone to use them on. Speaking of accessories, realme also went out of their way to make the following:

Designed for portrait photography and gives an extra light for selfies.

Has a kickstand and can hold three standard credit cards.

Turns the realme GT into something that’s compatible with MagDart tech. Convenient.