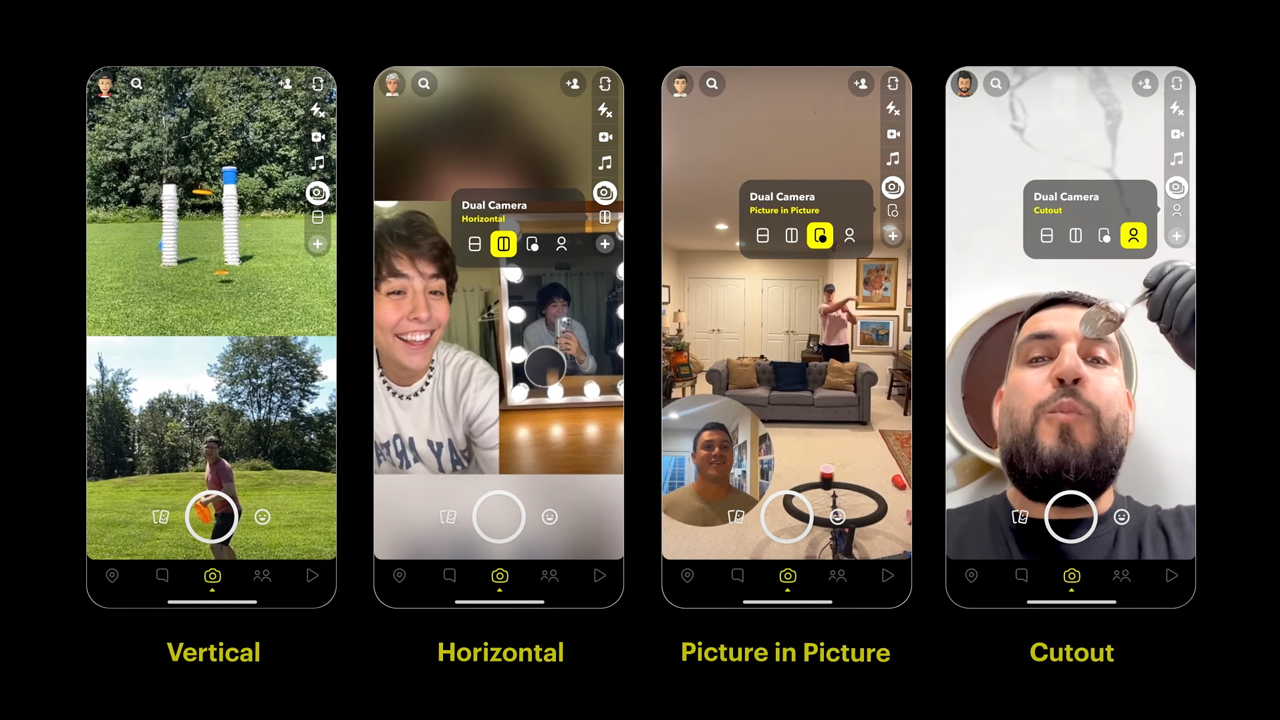 BeReal has quietly started a revolution in the social media world. Since exploding from seemingly nowhere, the fledgling social media platform has sparked new features and copycats in rivaling platforms. Instagram, for example, is experimenting with the exact concept that made BeReal famous. Now, Snapchat is joining the fray and adding dual camera recording to the app.

For the uninitiated, BeReal’s concept is fairly simple. At randomly determined times of the day, the app prompts users to take a dual camera photo — a photo that simultaneously uses the front and back camera — of their surroundings. Its main goal is to encourage authenticity in a world fixated on likes and followers. Unfortunately, authenticity is marketable.

Now, dual camera recording isn’t a new concept. However, today’s rise in popularity owes a great deal to BeReal’s simple concept. Separating from the previously announced Director Mode, Snapchat is now offering the feature as a standalone on the main app.

Users can take shots in three variations: a side-by-side shot using the two cameras, a cutout, or a bigger-and-smaller mode wherein the front-facing shot is a little bubble on the side of the screen. It’s a simple enough concept that opens up a world of creation for users.

The feature is available now on iOS devices for the iPhone XS and later models.

On the other hand, Instagram is also working on its own version of BeReal. In a recent experiment called Candid Challenges, the photo-sharing platform now also prompts users to take the same photos at random intervals during the day.