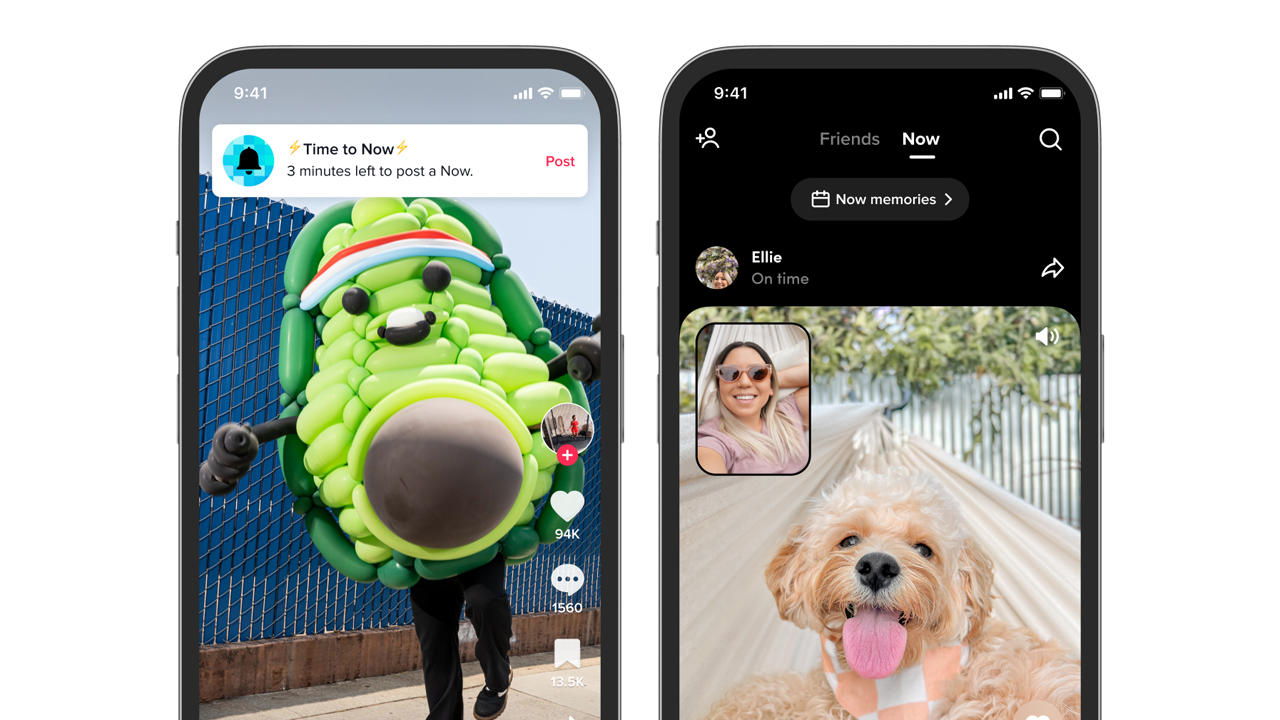 By now, the spiritual success of BeReal is palpable. You might not have heard of the app, but its effects have undeniably rippled through other social media networks. Instagram, for example, is currently experimenting with a clone of BeReal’s biggest feature. Now, TikTok is doing the same thing.

Today, TikTok has officially announced TikTok Now. Though the announcement does not explicitly mention BeReal, the new feature is an unabashed take on the emerging trend.

First of all, TikTok Now will take photos using the dual camera feature. It takes photos using both the rear and front camera at the same time. While the focus is on whatever the rear camera is taking, the resulting photo features a small bubble (or larger) to the side.

Now, here’s the concept. If you know of BeReal, you’ve heard this story before. TikTok Now will prompt users to take photos at random times throughout the day. Hinging on authenticity, the concept invites users to share about their daily lives. However, unlike BeReal’s limitations to static photos, TikTok’s take will allow 10-second videos besides photos.

The platform is still experimenting with the feature. However, users in the United States can already use the feature natively through the main app. Other regions will have access to a separate app, though.

SEE ALSO: TikTok can detect what you type on screen