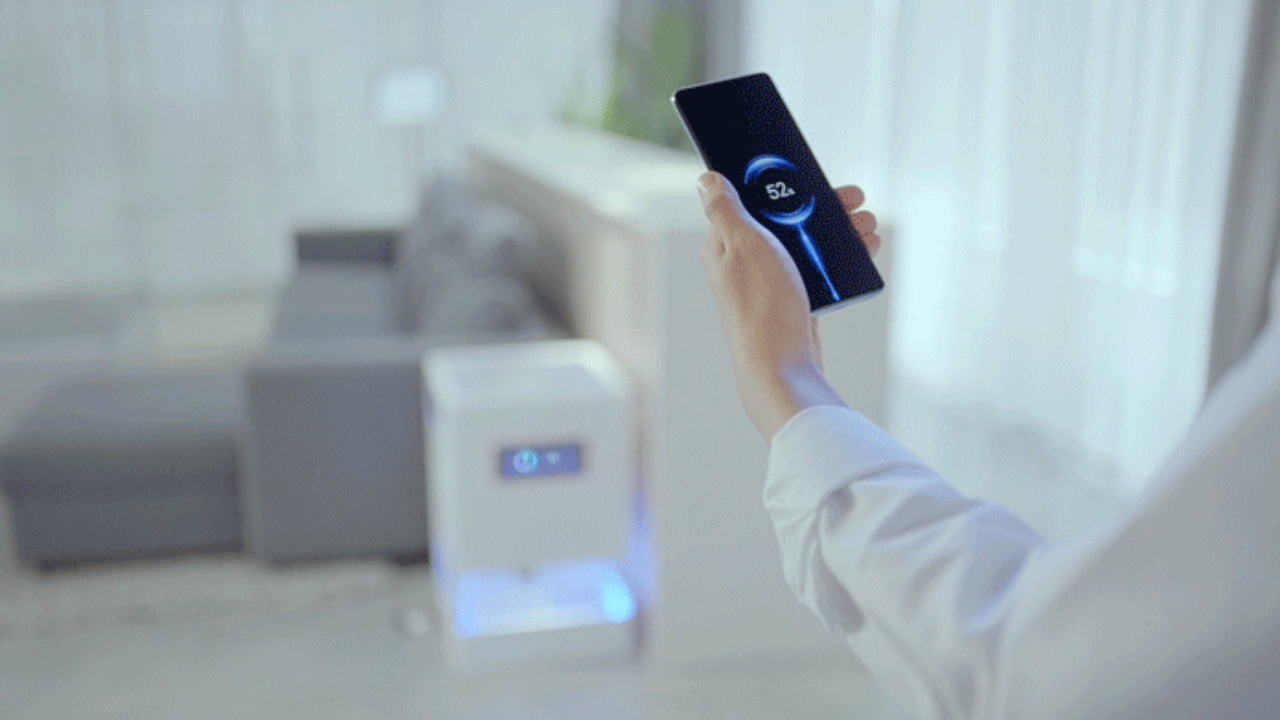 Traditionally, you can wirelessly charge your phone, but it has to be very close to the coil. This defeats the purpose of wireless charging because you’re hooked to the charging pad/stand instead of the direct wire. Xiaomi intends to change how we perceive wireless charging and make it more practical.

The Chinese brand claims that the new Mi Air Charge Technology can charge multiple devices simultaneously wirelessly. The company’s blog says that you can play games, walk around, or do anything in the room and the charging will continue uninterrupted.

Xiaomi’s Global CEO Lei Jun further said technology had been developed in-house through its space positioning and energy transmission tech. It has a built-in 5-phase interface antenna, which can accurately detect the device’s position to charge it. Once the direction is determined, a phase control array composed of 144 antennas directionally transmits millimeter-wide waves to the phone.

The technology cand delivers 5W of power to a single device over a couple of meters. The receiving device (gadget) also has a miniaturized antenna array that consists of a beacon antenna and receiving antenna array. The former is used to broadcast the phone’s position while the latter converts waves into electrical energy.

It has confirmed that the technology is still in its early phase and no consumer products will be launched with Air Charge this year. The solution is still nascent, requires scaling, and most importantly, the health concerns involved.

While we may not see this in action anytime soon at a friend’s place, the fact that companies have started unveiling their no-contact wireless charging technology is an indication of what the future holds, along with foldable phones.