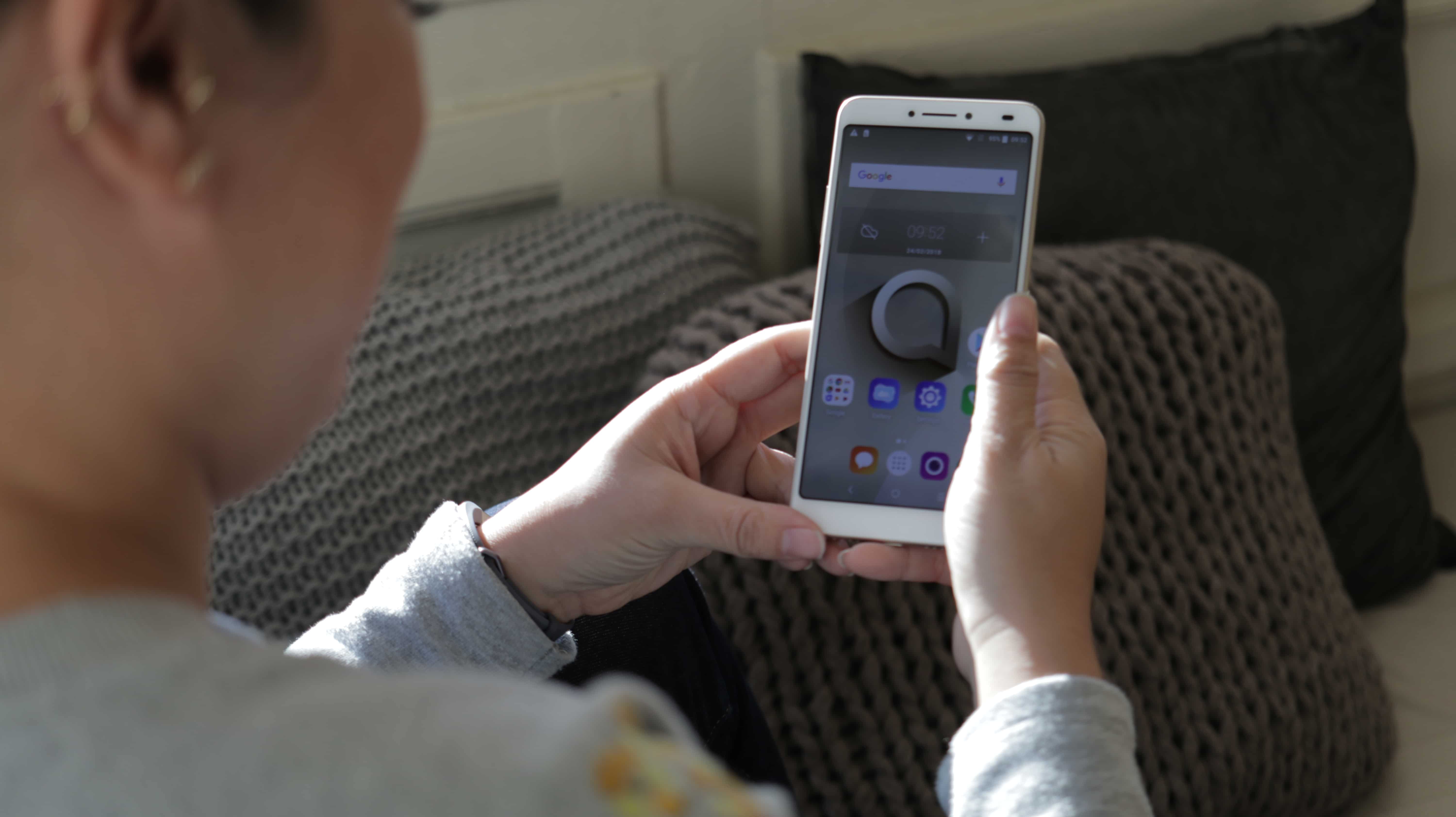 TCL, the parent company of Alcatel, just launched an army of 18:9 smartphones. Why? Because 2018 smartphones should sport the new aspect ratio to keep up with the trend, and you now have a lot to choose from.

Alcatel is proud to present their latest smartphones with a taller display, and they made it available across each of their phone series. The brand also introduced a new design philosophy for its mobile devices called Simganic which is described as human-centric and iconic. The new design language is present on all the new phones starting with…

The latest Alcatel 5 brings flagship design for just under EUR 300 with its near-bezel-less 5.7-inch FullView HD+ 18:9 display encased in a premium brushed metallic unibody. Powering the well-crafted device is a MediaTek MT6750 processor (this is really getting old) and it boots the dated Android Nougat. 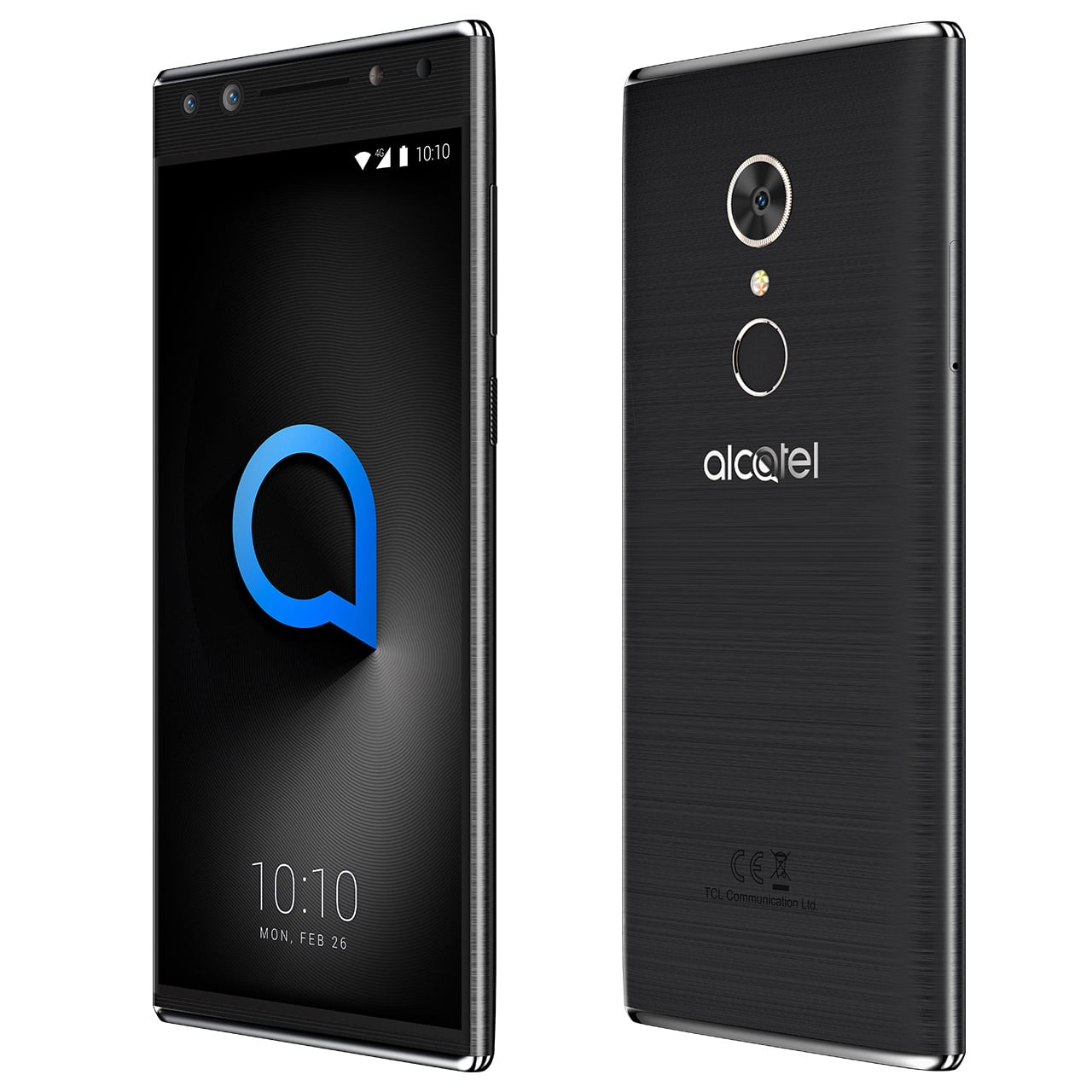 The processing power may be a bit disappointing, but selfie lovers will appreciate the phone’s dual front cameras. It has a combo of a 13-megapixel f/2.0 main selfie shooter, a secondary super wide-angle 5-megapixel camera, and a dedicated front LED flash. For the rear, you get a standard 12-megapixel camera with dual-tone flash.

For security, the Alcatel 5 has a facial recognition feature called Face Key which is claimed to work in less than half a second. If you don’t like scanning your face, the fingerprint reader is found at the back of the phone.

The Alcatel 5 will come in Metallic Black and Metallic Gold for EUR 230 (US$ 280) in select markets that the brand serves.

You can always get a cheaper phone with about the same features, and that’s what the Alcatel 3 Series is for. You’re not just getting one choice here but three — Alcatel 3V, Alcatel 3X, and Alcatel 3. All come with 18:9 displays, fingerprint readers, and Face Key unlock. 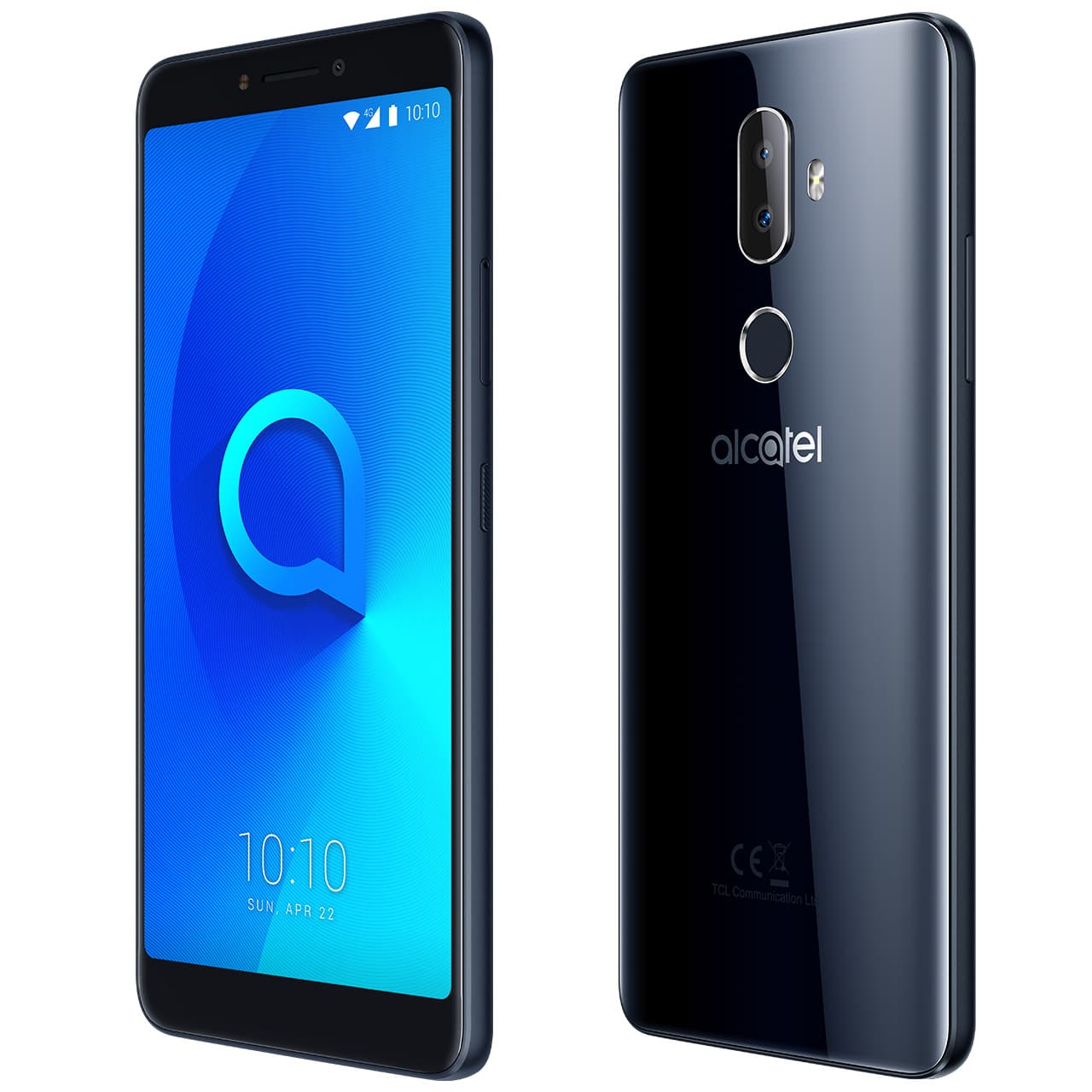 The Alcatel 3V is the biggest in the series with a 6-inch 2K display, MediaTek MT8735A processor, 2GB of memory, and up to 32GB of expandable storage. It has dual rear cameras with a 12- and 2-megapixel combo for bokeh effect, and a 5-megapixel selfie camera. The phone boots Android Oreo out of the box and packs in a 3000mAh battery. 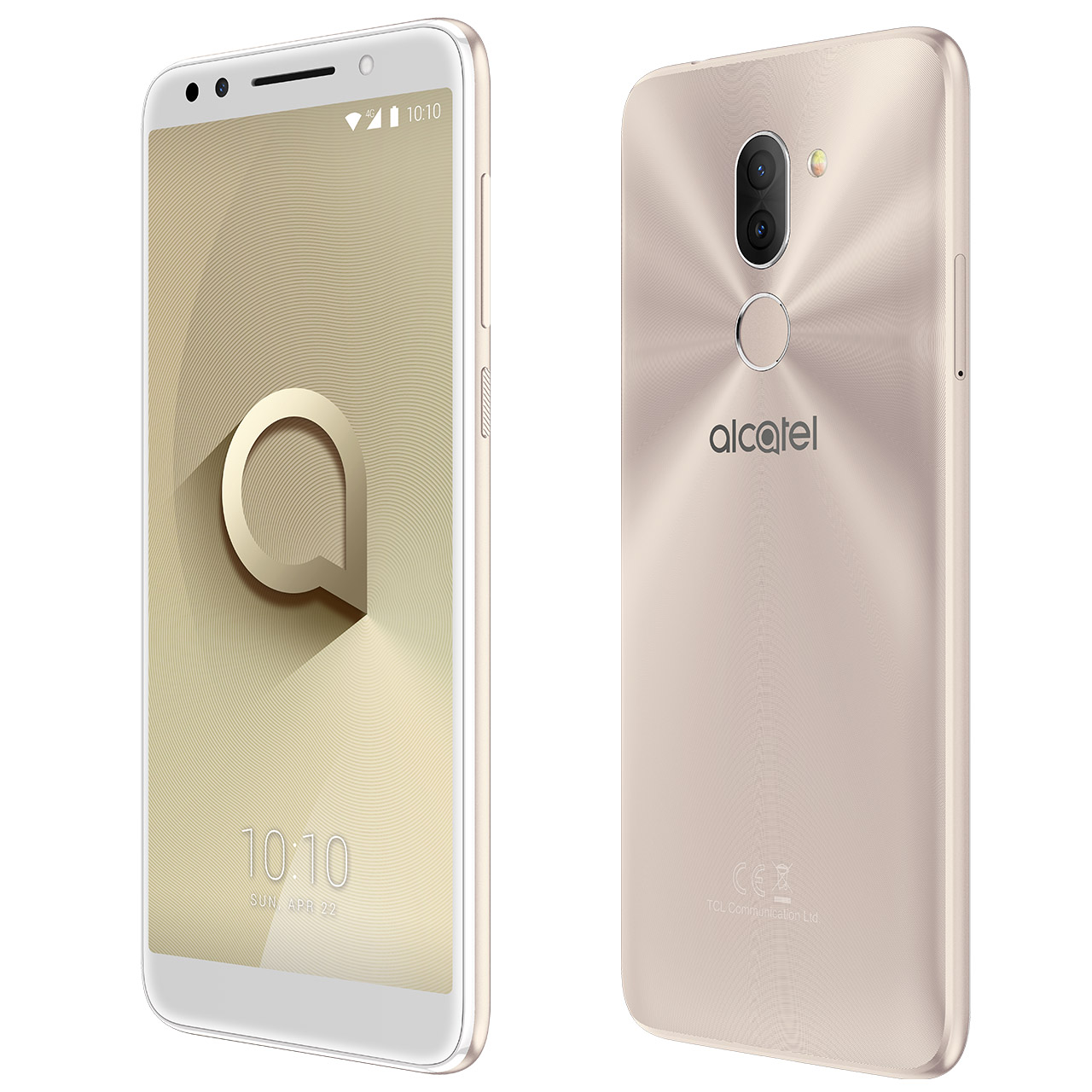 Second in line is the Alcatel 3X which has a 5.7-inch HD+ display, MediaTek MT6739 processor, up to 3GB of memory, and up to 32GB of expandable storage. This one also has dual rear cameras (13- and 5-megapixel sensors) and a 5-megapixel shooter for taking selfies. Quite unfortunate that it’s loaded with Android Nougat, but you still get a sizable 3000mAh battery like the bigger sibling. 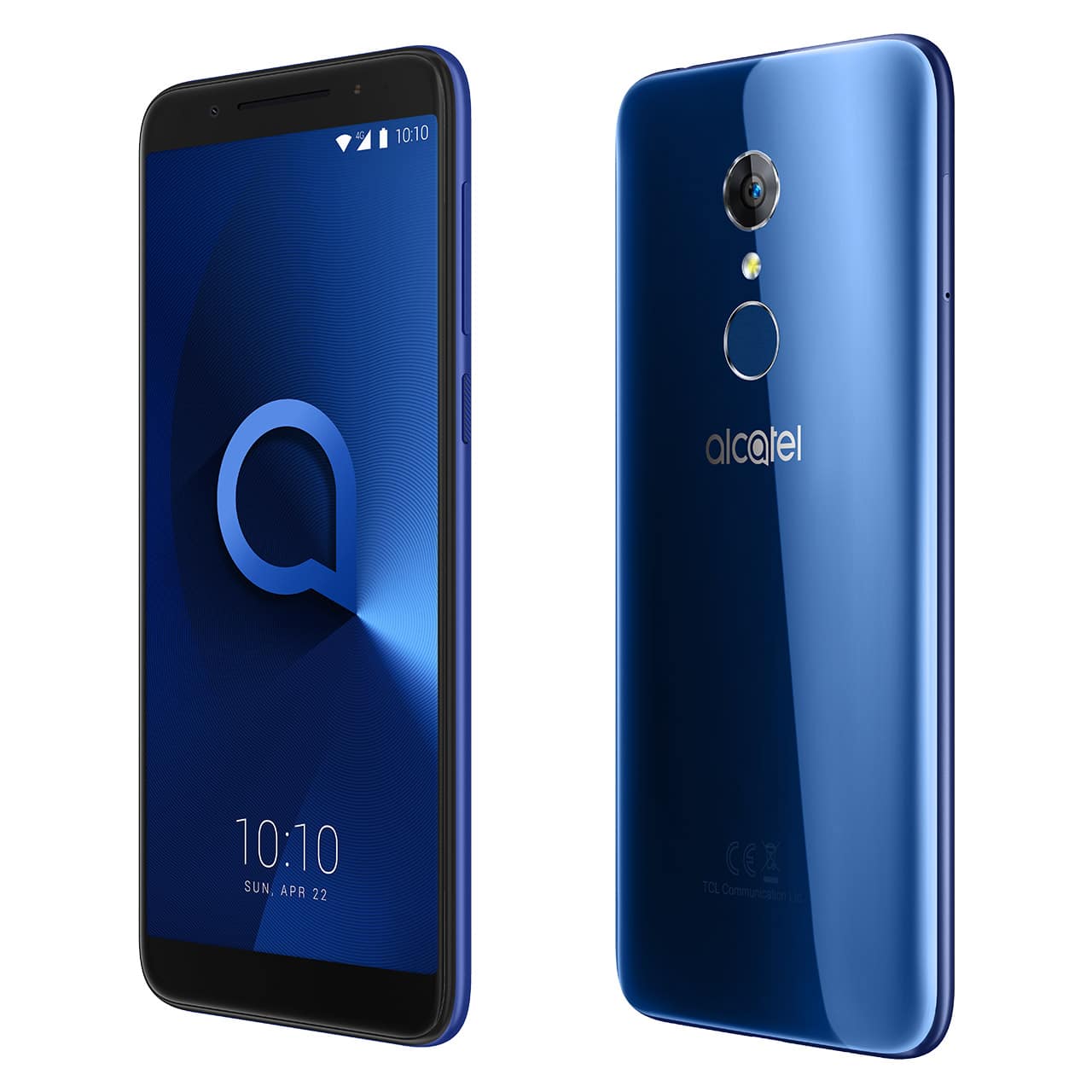 The Alcatel 3 is the most modest among the bunch with its 5.5-inch HD+ display, MediaTek MT6739 processor, 2GB of memory, and 16GB of expandable storage. It has a 13-megapixel rear shooter and a 5-megapixel selfie camera for photography — pretty basic but will get the job done. Despite being the base phone, the Alcatel 3 gets Android Oreo and a 3000mAh battery.

If we’re talking about budget phones, let’s not forget about the most affordable in the lineup. The Alcatel 1X will definitely not break the bank starting at just EUR 100. Even with a cheap price tag, it still comes with a 5.3-inch 18:9 display but with a lower resolution at just 960 x 480. Don’t expect too much from its 8-megapixel rear and 5-megapixel front cameras, but they are there when you need them. The phone has a 2460mAh battery to keep it going and a fingerprint reader along with the Face Key security unlock. 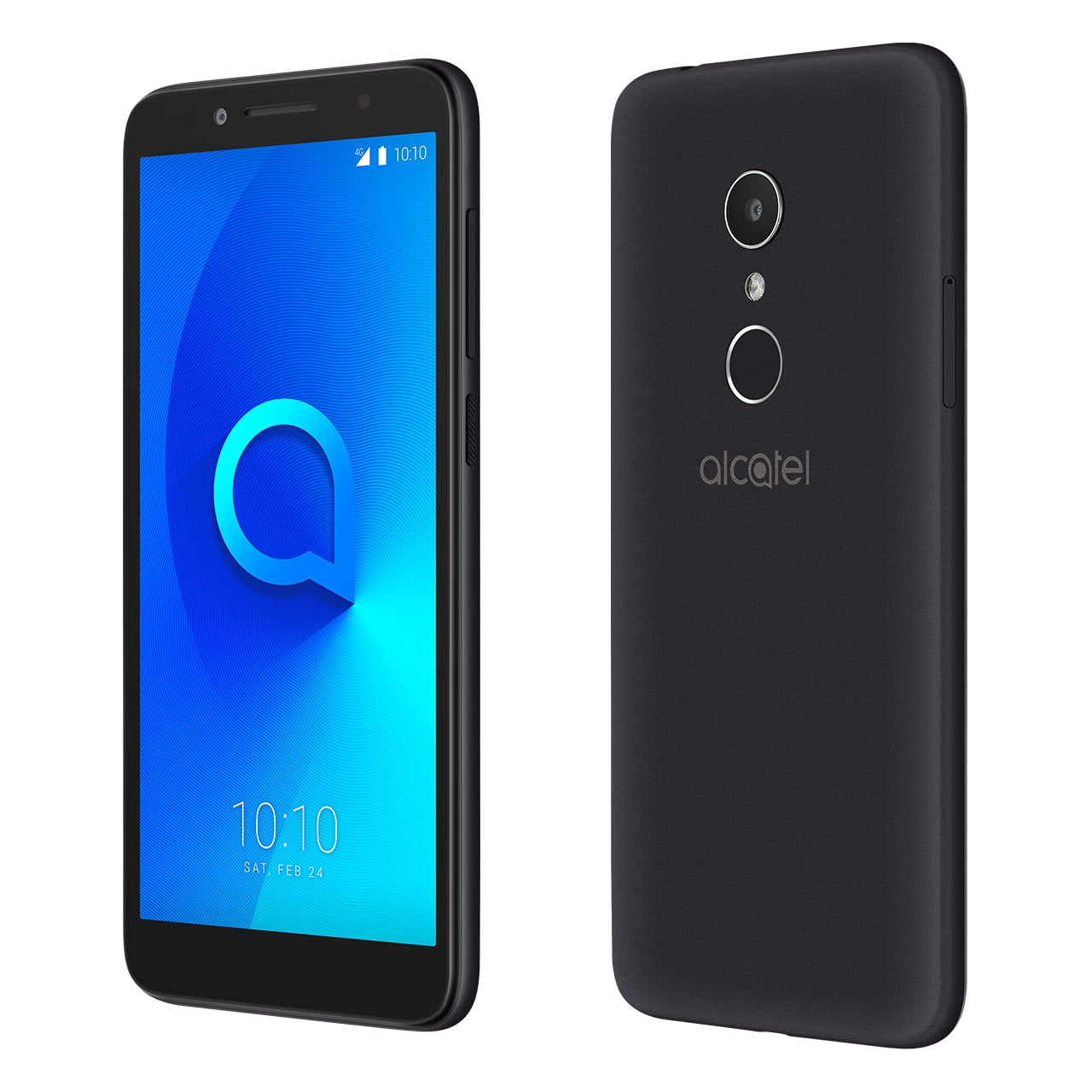 The Alcatel 1X boots Android 8.1 Oreo out of the box, but it will also be available with Android Oreo (Go edition) in select markets, making it the first Android Go phone of Alcatel.

The phone will come out in April in single and dual-SIM variants for EUR 100 (US$ 125) and EUR 110 (US$ 135), respectively. It’ll be available in two finishes: Suede for the black and blue colors, and Satiny for the gold and rose options.