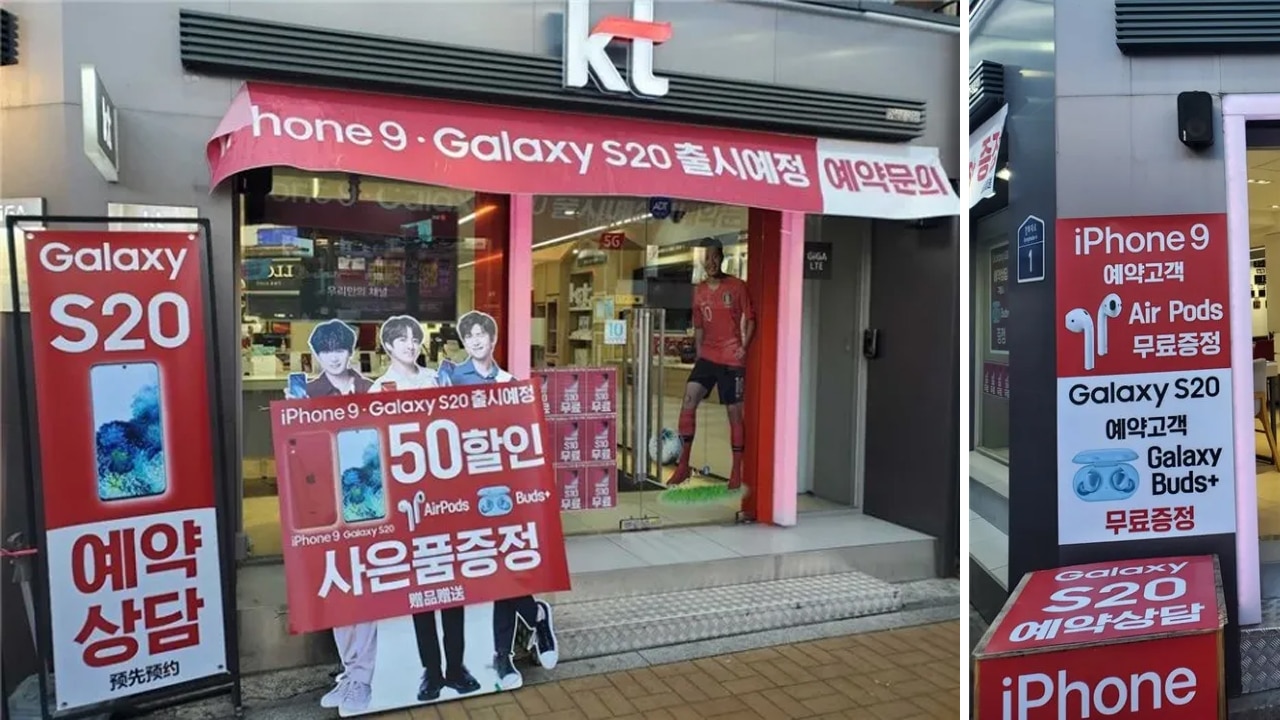 It’s the second month of the year. After a relatively tepid January, the smartphone rumor mill is back on track. Most notably, Apple and Samsung are slowly stirring the pot.

Apple will reportedly launch a sequel to the widely successful iPhone SE. However, instead of an iPhone SE2, the affordable iPhone line is rumored to adopt the long-lost iPhone 9 moniker. After the iPhone 8 series, Apple skipped a number, fast forwarding to the iPhone X in the following year. Unfortunately, iPhone 9 rumors have been scarce so far.

Regardless of believability, both smartphone series are still in the realm of hypothesis. No one can confirm either series yet.

Unfortunately, the posters don’t reveal much in terms of hardware information. However, the official posters are our clearest proofs for the upcoming smartphones so far. Apple and Samsung can just confirm them at this point.

SEE ALSO: Apple starts the year with a bang in their latest revenue report