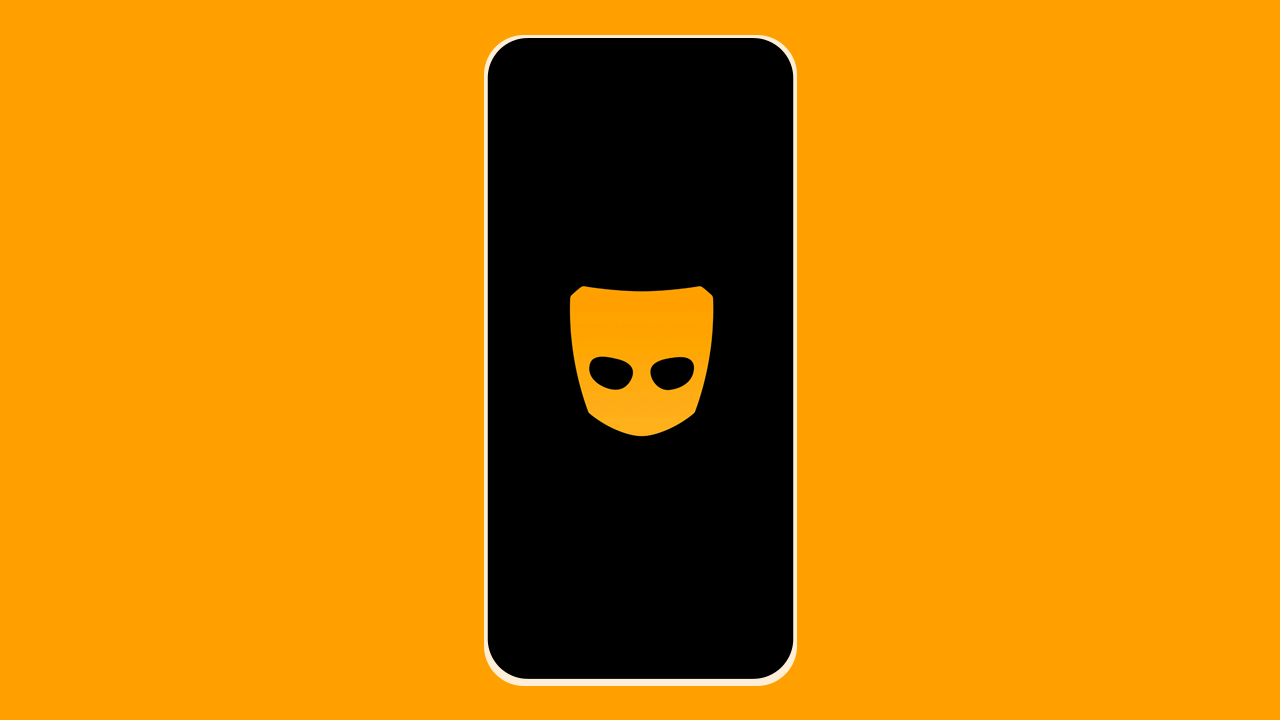 Since its inception, online dating has always presented an interesting conundrum. To access the services, users are shrinking themselves down to individual nuggets of data focused entirely on who they are. In doing so, they enter a vast lottery of people, searching for people according to their preferences. However, one of these nuggets is unarguably the most controversial topic today: ethnicity.

Though Tinder does not allow searching by ethnicity, other dating apps — Grindr, OkCupid, and Hinge — do, allowing users to search potential matches based on their race. However, Grindr is taking an all-new stand, in response to the ongoing protests happening across America.

We will not be silent. Black Lives Matter. https://t.co/K671PrwJc0 pic.twitter.com/93ninYt2u9

Announced on Twitter, the popular dating app for gay, bisexual, and transsexual men supported the Black Lives Matter movement. However, rather than just making its stand known, Grindr has announced the end of its ethnicity search function. In the next update, the app will take the feature out completely.

However, in a statement to Forbes, other similar dating apps will keep the ethnicity search. According to these companies, minority groups still want the search function to find other people like them.

Regardless, it’s an interesting time for dating apps in general. For one, social distancing has put physical dating to a complete halt, necessitating new socially distant matching tools. Secondly, with race turning into a touchy topic for everyone all over the world, how will dating apps respond?

SEE ALSO: Tinder will soon allow you to match with anyone around the world 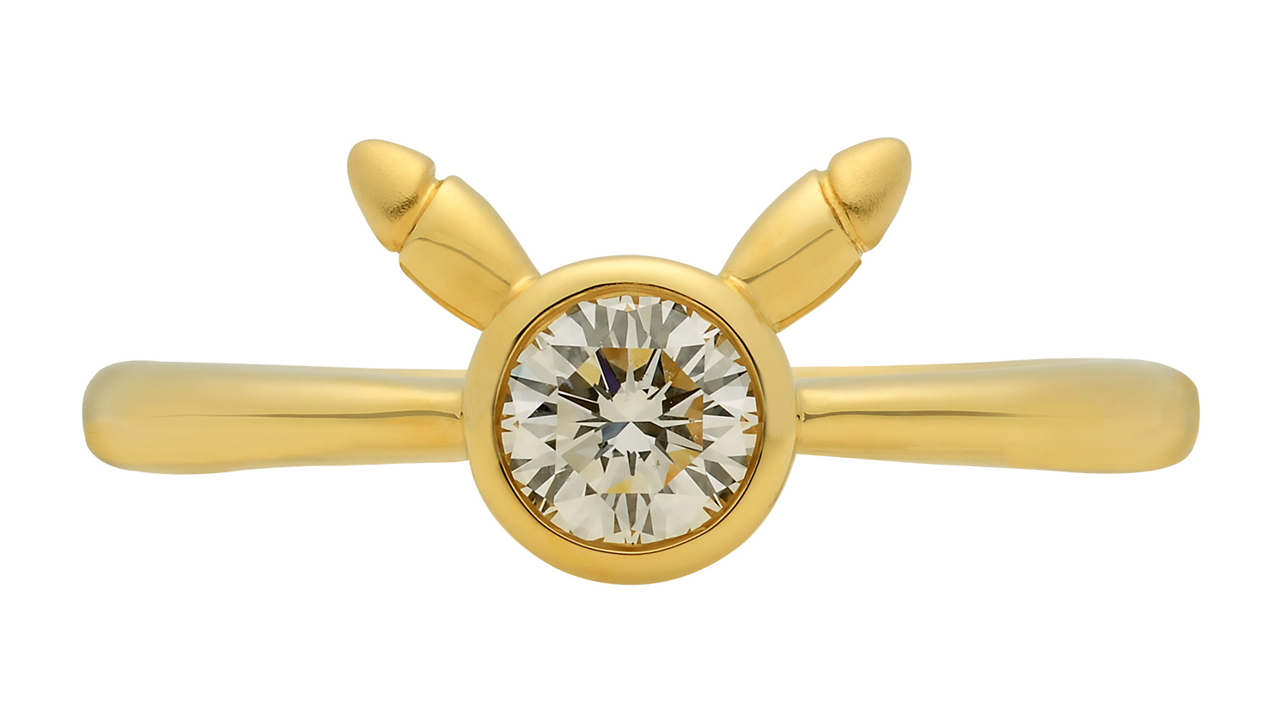 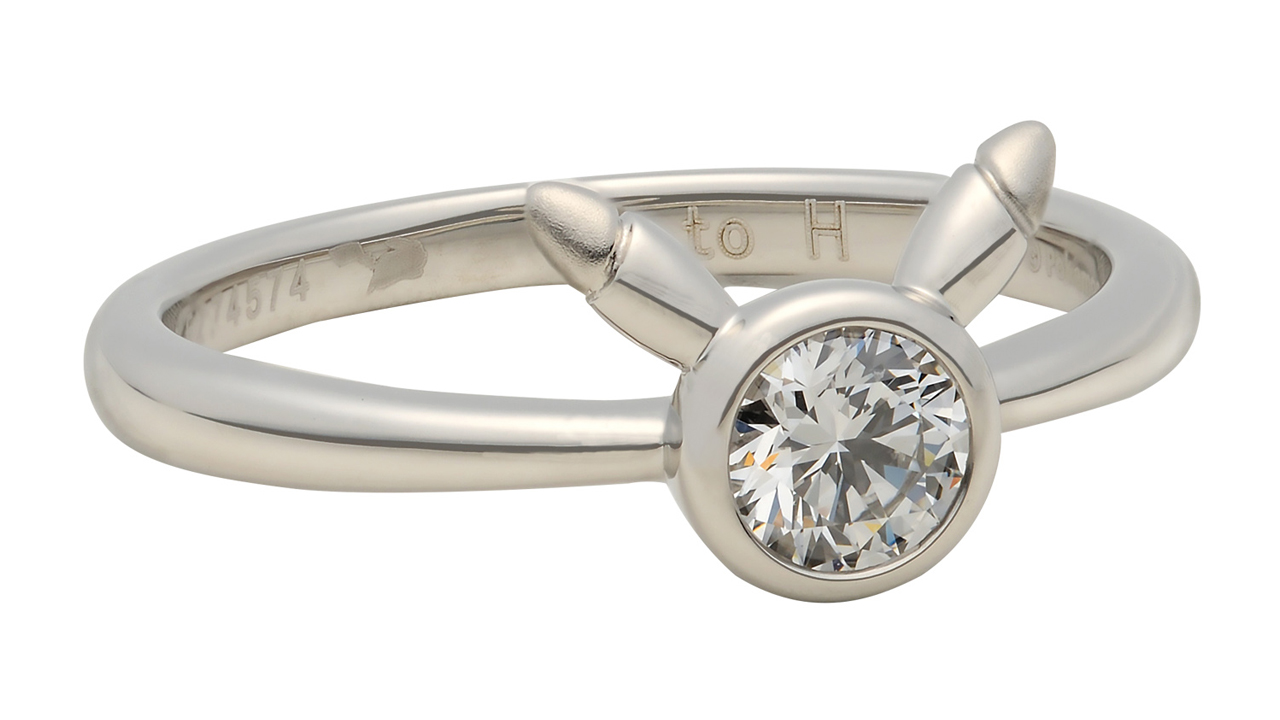 Global Mode will roll out beta tests next week 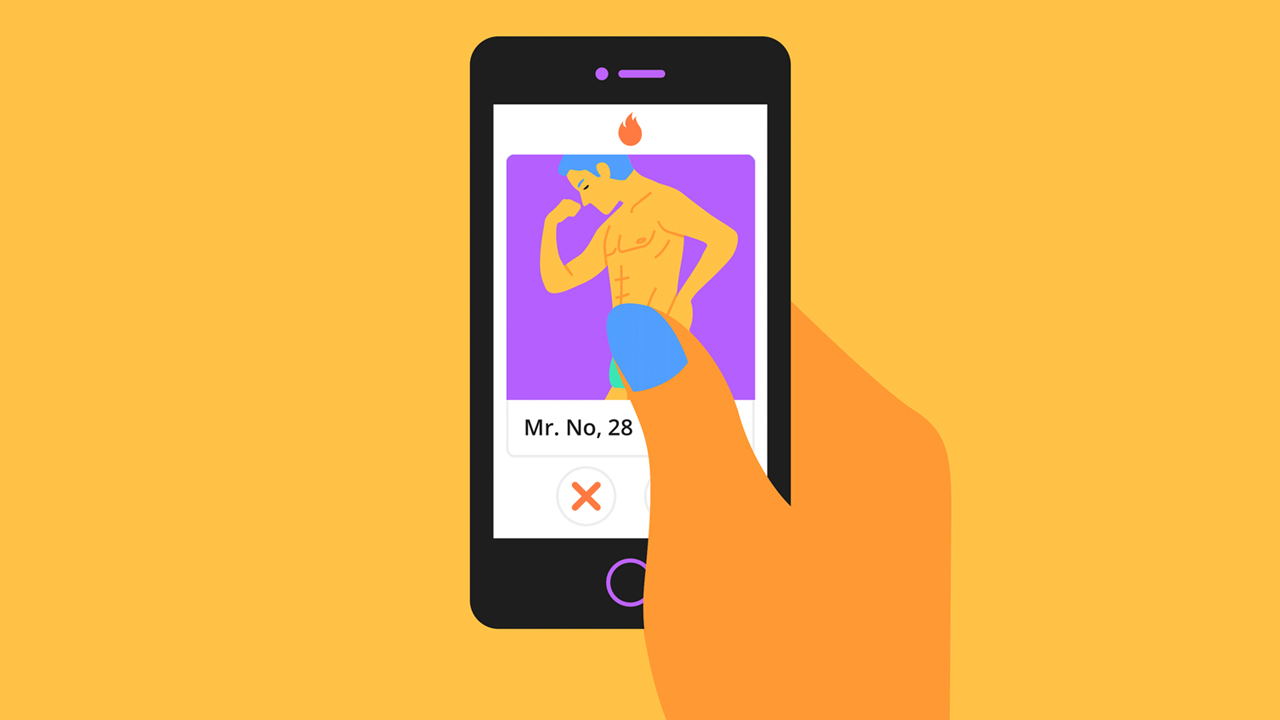 Tinder has always relied on an important feature: geolocation. By using your device’s location, the popular dating app connects you with people in your immediate area (or whatever radius you manually set). Naturally, social distancing has made physically connecting impossible during the pandemic.

As such, Tinder is now testing a new feature that will allow users to match with anyone in the world. Currently on testing, the new Global Mode enters interested users to a much more global agora of daters.

As reported by The Verge, the upcoming feature will still differentiate itself from Tinder’s already existing global functionalities. Currently, Tinder offers a premium service called Passport which allows users to match with other users in a manually specified region.

In comparison, Global Mode will not offer users control over where their profiles will eventually land. It’s a global roulette over which country will find you attractive. Likewise, to differentiate the feature from Passport, Global Mode is completely free.

Since the pandemic, Tinder has tried various features for thirsty daters stuck at home. Last month, the app offered Passport to all its users for free. The app is also testing a new video chat feature, reducing the need for a third-party messaging app.

Global Mode will start rolling out for testing purposes next week.

What’s the safest way to have cybersex during quarantine?

However, as the pre-coronavirus world is wont to tell you, cybersecurity isn’t as safe as one might imagine. Work-from-home employees are quickly learning about privacy risks with their preferred conferencing apps. For example, Zoom, the work-from-home community’s golden child, has repeatedly caused shady privacy hiccups, including Zoombombing (or when unauthorized Zoom users invade other people’s Zoom calls). That said, given how risky office calls already are, how much riskier is it to sext these days?

Sliding into those DMs

Naturally, the simplest form of sexting is the good old-fashioned nude photo. Since the advent of Twitter, DMs have always been home to naughty lewds and unsolicited dick pics. Likewise, the same can be said of Facebook Messenger or Instagram Direct. How safe are these forms of communication for your nudes?

Unfortunately, not very. Though they are private in nature, direct messaging features are hardly the most secure of platforms. This has a lot to do with encryption. Despite Facebook’s and Twitter’s best attempts, completely secure messaging is still a distant hope. Between Facebook, Twitter, and Instagram, only Facebook Messenger offers a secret conversation feature, allowing messages to be end-to-end encrypted. Twitter has tried encryption before, but so far hasn’t rolled out the feature after the test. Instagram, unfortunately, is still working on its own variant. 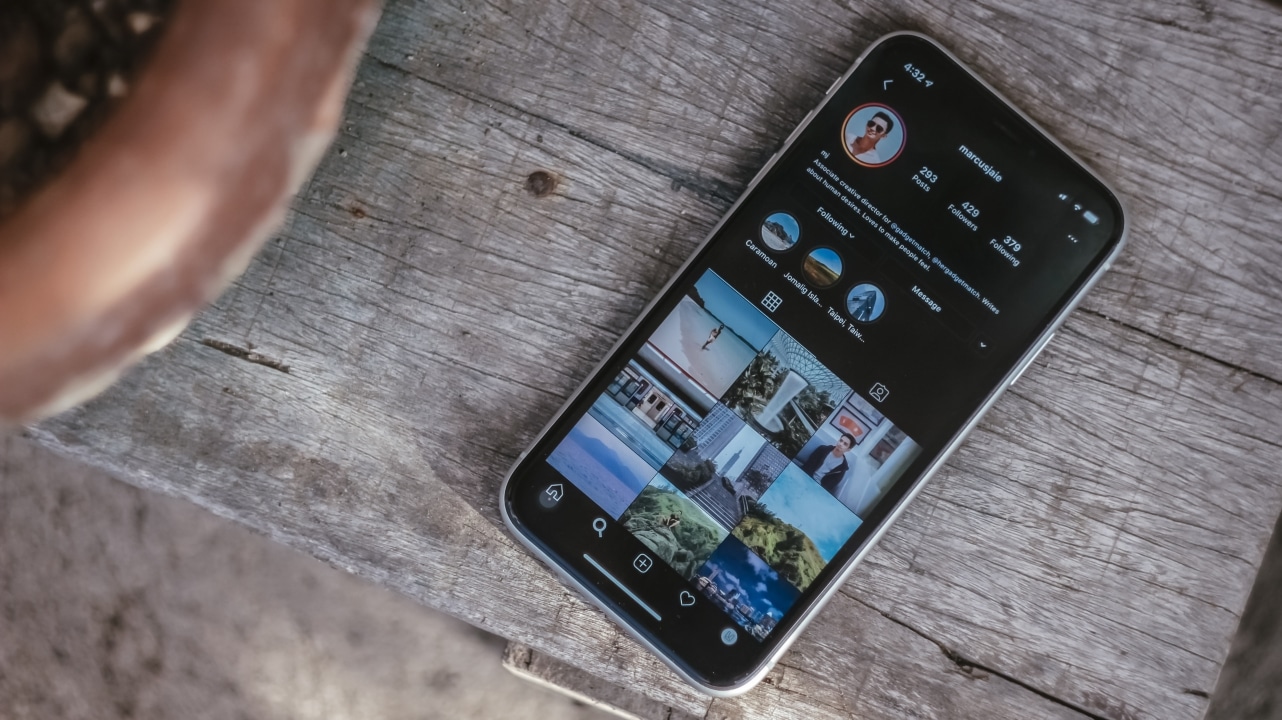 Meanwhile, the more dedicated messaging services — like WhatsApp and Telegram — already have end-to-end encryption built in. If you’re planning to go old-school sexting, using these apps might be your best bet. Also, if you and your partner both have iPhones, FaceTime uses end-to-end encryption as well.

What does this all mean? Unencrypted messages are prone to unauthorized third parties. You can get hacked. On the other hand, regular encryption protects against malicious hackers. However, the company can still access your data if it needs to. Even if they claim to not touch your data, they still can. True end-to-end encryption protects your data from both hackers and the company, ensuring that only the sender and the receiver can access the data. That said, there are still ways to illegally access encrypted data as was what happened with WhatsApp recently. Ultimately, it’s all about how much risk you are willing to handle.

Likewise, the issue of security pops up again in video conferencing apps. As mentioned above, Zoom is already in hot water for providing less-than-stellar privacy measures. Even now, malicious parties can just as easily access your Zoom calls without your permission. Rumors of the company’s Chinese ties aren’t helping its cause either.

That said, sexy video chats are always going to be a thing. Especially now, there’s no other way to express physical intimacy for distanced lovers than through Zoom, Skype, or Discord. How safe are you when you take your clothes off on these platforms?

This is when it gets tricky. Technically, Zoom, Skype, and Discord all restrict adult content on their respective platforms, based on their terms of service. Under the strictest implementation of the rule, users shouldn’t send nude selfies or have sex shows through these apps.

However, how can these companies expect to enforce this rule? The only feasible way for enforcement is by monitoring accounts directly. Naturally, no one wants that. And companies will never own up to such an invasion of privacy.

At most, some companies claim to use AI and machine learning to catch these calls in the act. According to Zoom’s statement on Rolling Stone, the platform uses “a mix of tools, including machine learning” to help with enforcement. However, when the publication asked for more details regarding the supposed tools, Zoom refused to answer, potentially confirming the measure’s non-existence.

In 2018, Microsoft adjusted its code of conduct to restrict nudity and pornography. In terms of enforcement, the document explicitly refers to the right to go over your submitted content when “investigating alleged violations.” Like Zoom, Microsoft doesn’t have a crystal-clear way to find violators. “Alleged violations” means that the company must rely on other people reporting violators.

NSFW content is allowed in DMs and video chat provided that all parties involved are consenting and of appropriate age. In servers, NSFW content can only be posted in appropriately flagged NSFW channels.

Though they have the same problem, Discord has a more open approach to adult content. Like Zoom and Microsoft, Discord doesn’t allow adult content. However, the platform can allow them under certain circumstances. According to a tweet from their official account, “NSFW content is allowed in DMs and video chat provided that all parties involved are consenting and of appropriate age.” Also, Discord allows users to mark communities as NSFW, curbing some of the blow.

How does this go back to the issue of encryption? Because companies will investigate user reports, Zoom, Skype, and Discord will not offer true end-to-end encryption. Though they have standard encryption, the company can still view your content if they need to.

If anything, Discord has more convenience as a platform out of the three mentioned. Regardless, if security is your priority, true end-to-end encryption — such as those offered by WhatsApp and Telegram — is still your best bet.

Unfortunately, despite your best efforts, the true risk lies in the people you share nudes with. If you don’t strip responsibly, your sexting partner can easily save your nude selfies, capture screen recordings of you getting it on, or broadcast your livestream elsewhere.

Even if you choose the most secure platform, people can still mess with you. At the very least, make sure you completely trust your partner. And not just the he’s-my-boyfriend type of trust. Make sure that, even if you break up, they won’t betray you at all.

If you’ve successfully found yourself such a partner and decided on a secure platform, don’t be afraid to express your sexuality as much as you want. Your body is your own.

SEE ALSO: Android is now much harder to crack than iOS