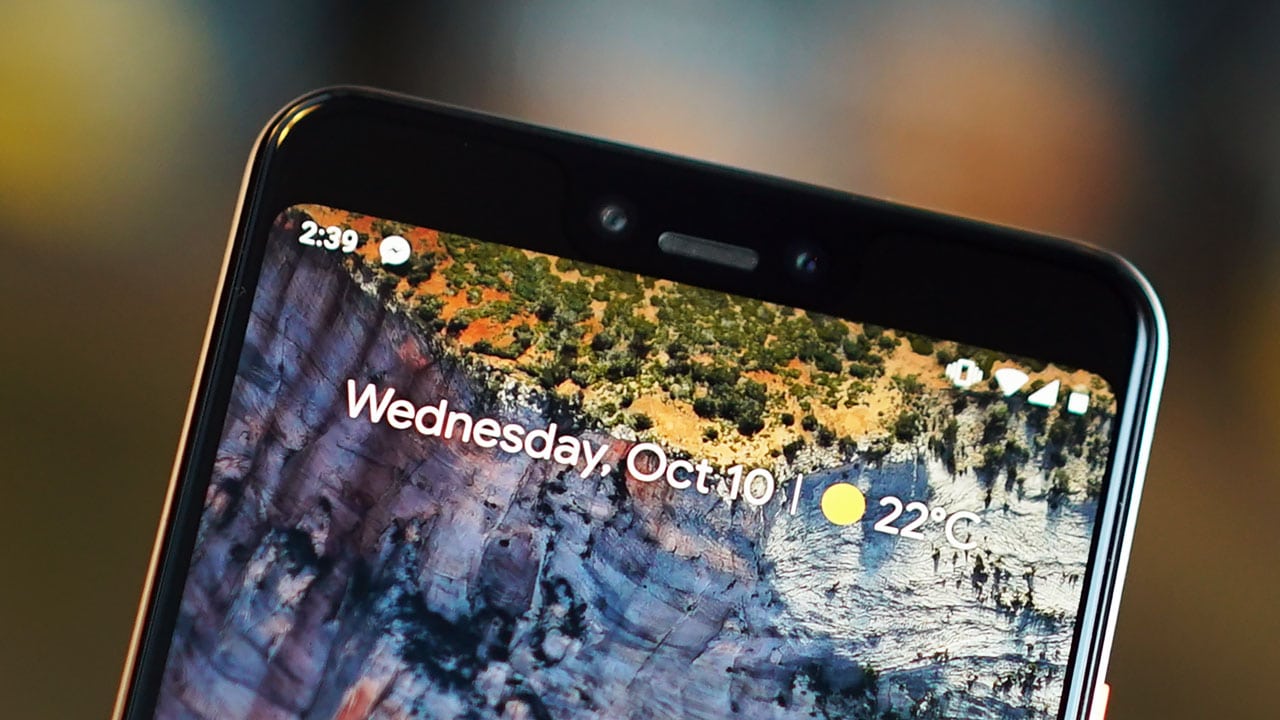 Yesterday’s Pixel 3 announcement tells us that whether we like it or not, the notch is here to stay. At least for the foreseeable future.

Android Pie has been optimized for the notch, and the larger Pixel 3 XL has a built-in notch. While not as wide as the one on the iPhone XS Max, it is deeper. As one of my tech reviewer friends points out, it’s deep like a bath tub.

But if that notch is not your cup of tea, there’s a hidden way in which you can turn it off.

How to turn off the notch on the Pixel 3 XL:

Here’s what the phone looks like without and with the notch. 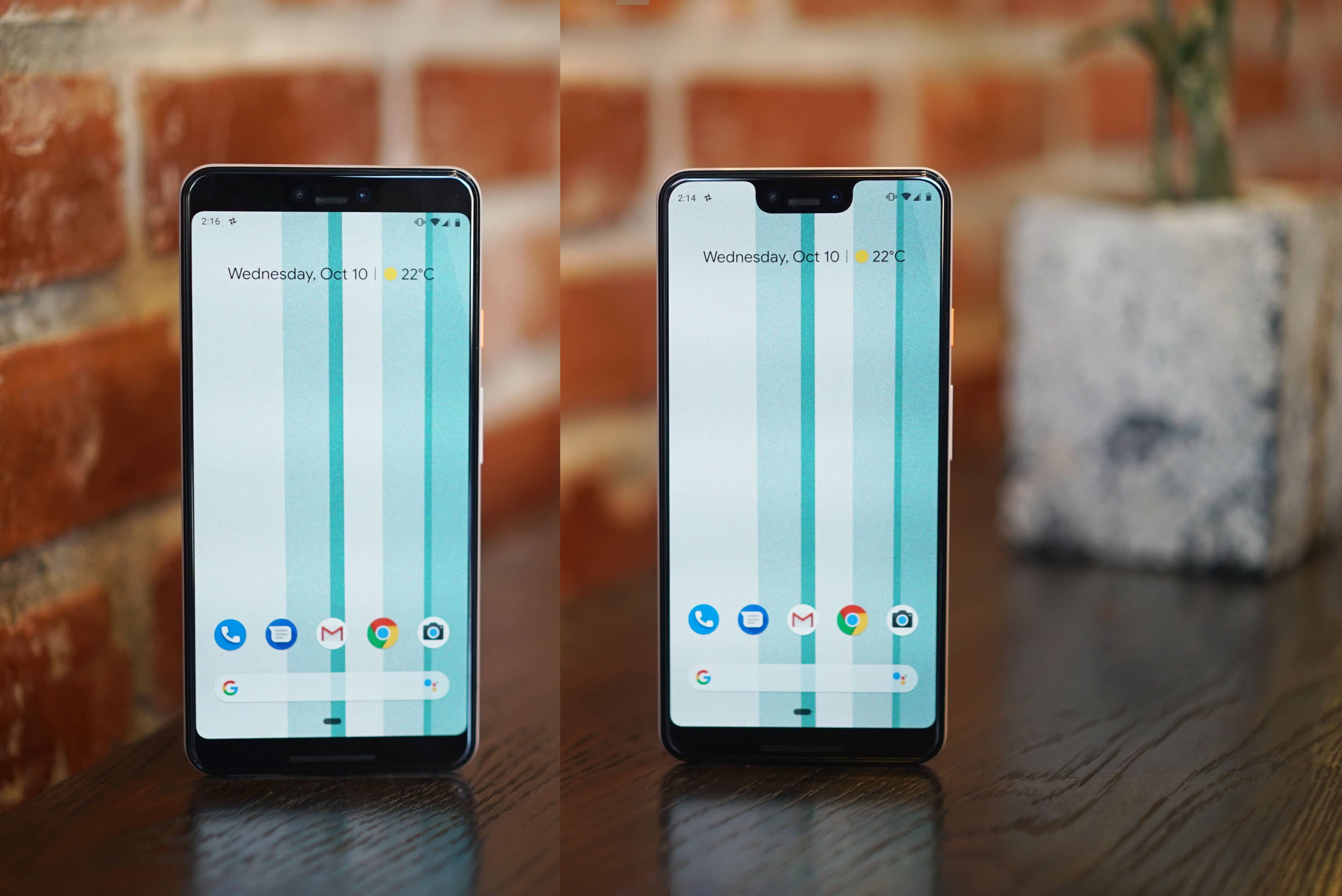 Unlike other notched phones like the Huawei P20 Pro and OnePlus 6, when you turn off the notch, the status icons move down, so you’re losing a lot of valuable screen real estate in the process — also because the notch is deep.

On the flip side, when turned off, both the forehead and chin are symmetrical. Which do you like better?

Verizon’s BOGO deal is the best so far 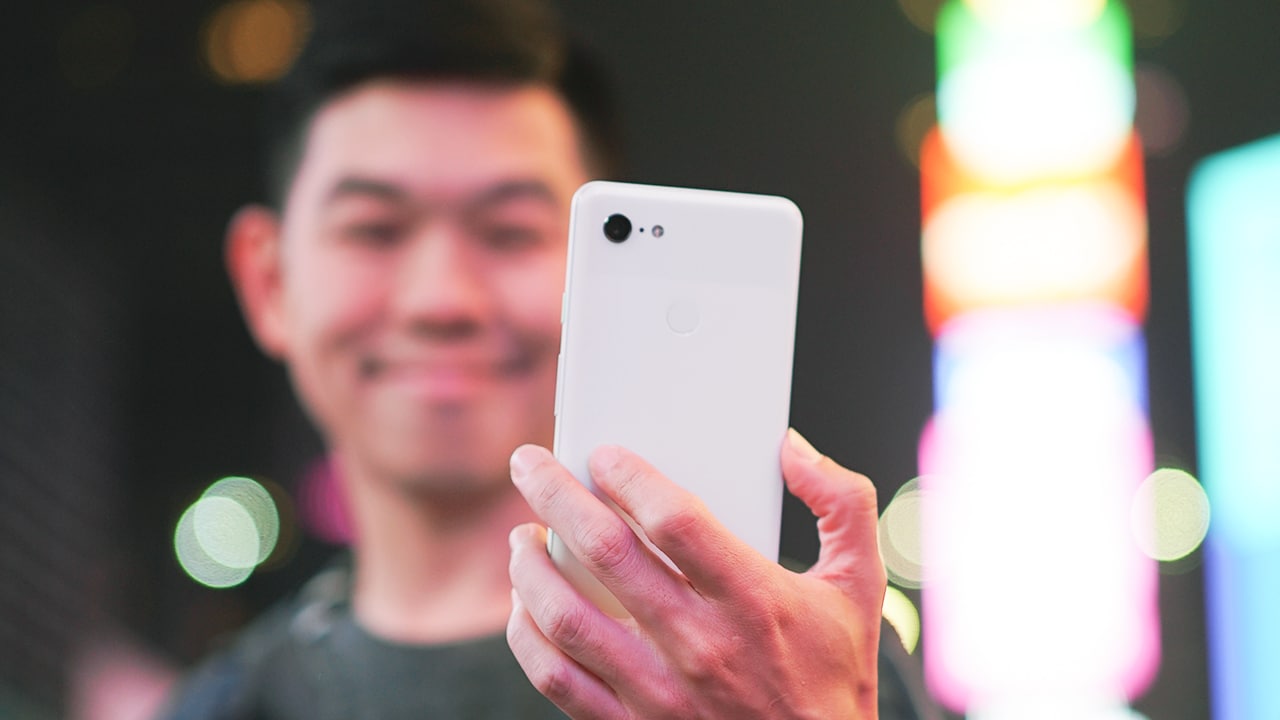 After all the leaks, the Google Pixel 3 and Pixel 3 XL are now official. Both come with bigger screens, better cameras, and sadly, higher prices. If you want to get them at a more reasonable price, you could check out Verizon’s offer in the US.

For a limited time, you can buy one Google Pixel 3 or Pixel 3 XL through Verizon with monthly device payments for 24 months, and get a Pixel 3 (64GB) for free.

It’s basically a buy one, get one deal for the base model. If you wish to get a better variant, you can use the US$ 799.99 credit to get any other Pixel 3 or Pixel 3 XL model.

Of course, there’s a catch to these deals. Verizon wants you to add a new line to one of your Pixel 3 phones. Seems like a pretty fair deal, right? Pre-orders are now open through Verizon’s website.

Google Pixel 3 Not Pink hands-on: Is it really pink?

Why would they even call it that? 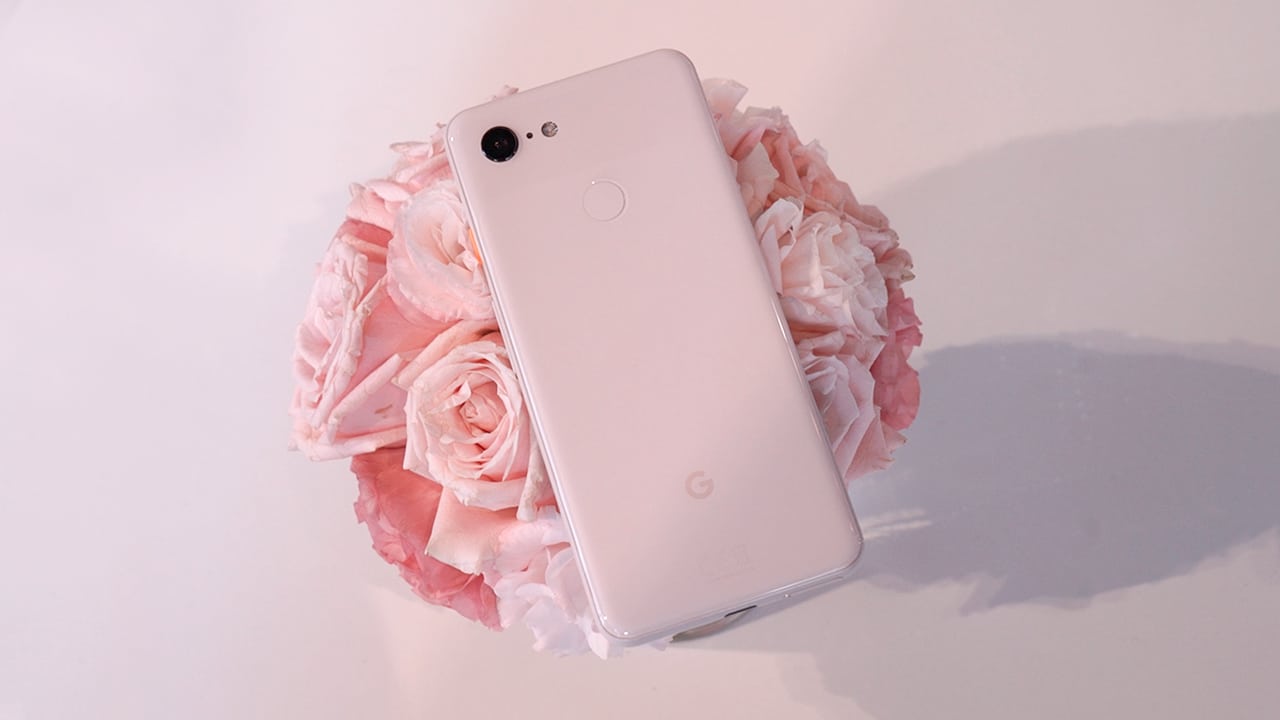 Among the number of things that Google announced yesterday was a new phone color that made me jump out of my seat. I freaked out because I heard the word “pink” (it’s a color I undoubtedly love) and having seen the dainty blush color palette Google was working with, I was excited.

That palette though 😍 #madebygoogle #pixel3 pic.twitter.com/aHyRCIBcTx

My joy was short lived as I realized the color name, in full, reads “Not Pink.”

So, what’s the deal with this phone? Why would Google call it that? Is the tech company teasing pink-loving girls (like yours truly) the world over?

This is the Pixel 3 in Not Pink. 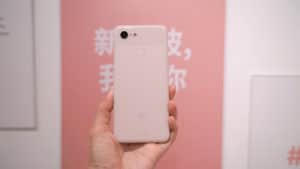 It has the same specs as the larger Pixel 3 XL. 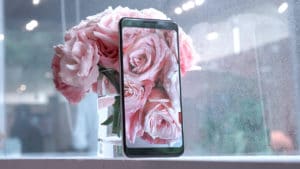 It looks just about normal from any angle. 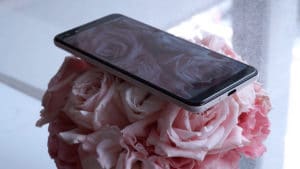 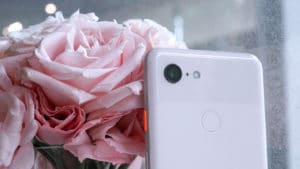 I’m sure many would argue that it is, in fact, not pink. 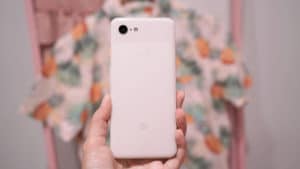 Even in brighter, natural light, it doesn’t seem to be the case. At best, it looks nude. 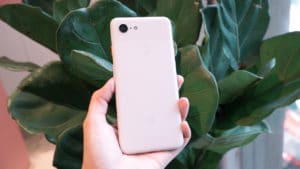 Especially beside an actual pink phone cover, it looks like it lacks the rosy hue. 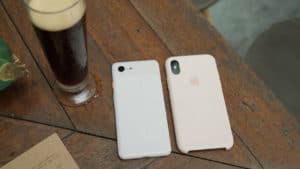 The magic happens when it’s side by side with the white Pixel 3. 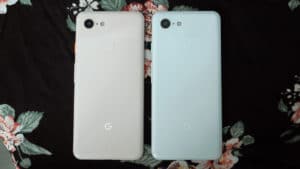 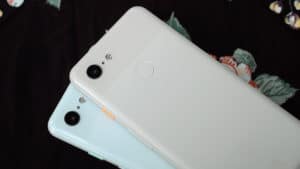 Or, at the very least, blush or even millennial pink (which is something I can live with).

But, the plot thickens. There’s an official Pixel 3 case named Pink Moon (note the pink!) and it’s in a color that may be described as a deeper, more intense shade of Not Pink. If that’s what Google considers as something that’s remotely pink, Not Pink can totally pass as a phone with at least a hint of pink. 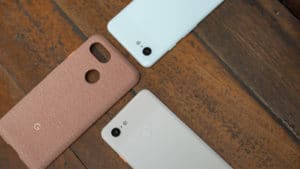 So, is it pink? Is it Not Pink? Is it another case of the blue or gold dress? Why would Google mess with my brain like this?

One thing’s for sure, though: This phone looks good with pink things. 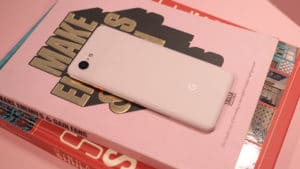 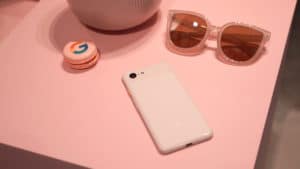 Ridiculously good — it’ll match the slew of pink items I actually already own. 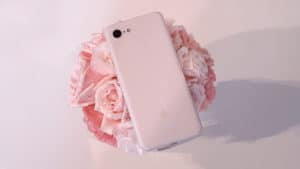 There’s nothing I’d love more than a pink Pixel. Now, this is not exactly screaming pink but this non-commitment pink is better than no pink at all. In fact, it’s actually very pretty and is something that those who aren’t pink-crazy will appreciate.

Pink or Not Pink, I’ll take it!

But, I still think it’s pink. Looking @ you, Google.

Pretty much what we expected 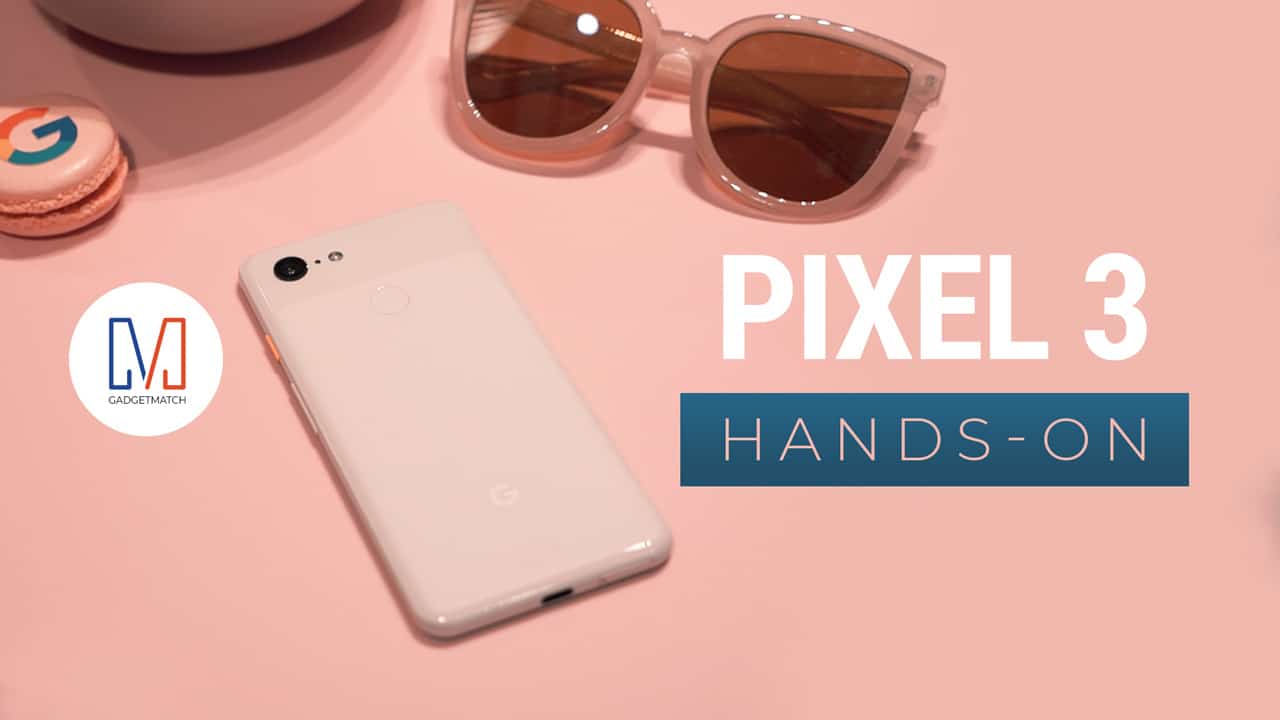 After all the leaks, does the third Pixel series have anything left up its sleeve to impress us? This is our Google Pixel 3 and Pixel 3 XL hands-on.