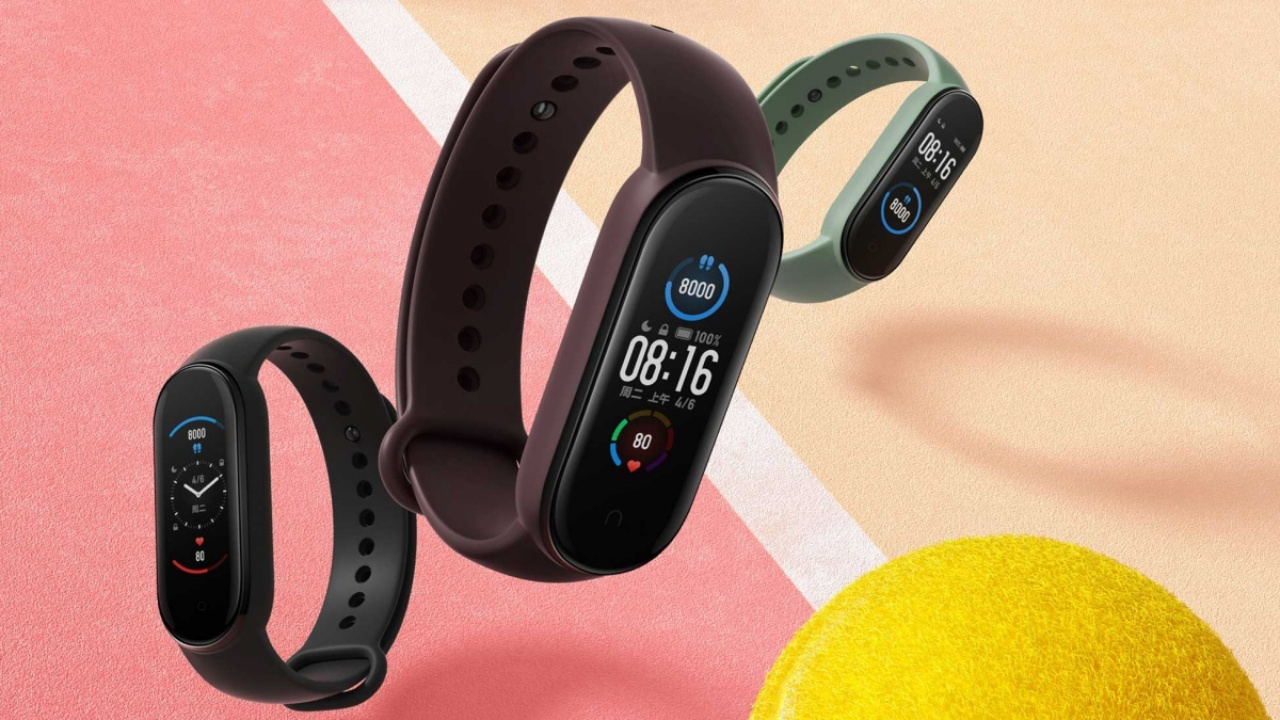 Xiaomi has launched the Mi Band 5 in China as the fitness tracker continues to be extremely popular. The Mi Band series has given a significant chunk of the wearable market to Xiaomi. Continuing to add more features, the band has a very lucrative price tag.

It has a bigger display, coming in at 1.1-inch AMOLED with a resolution of 294 x 126 pixels. There are a total of 11 fitness tracking modes and female users can also track their menstrual cycles.

Users will also get social media notifications, music control, incoming calls, text, weather updates, and more on the smart band. Furthermore, you can also use the band as a remote control for your smartphone camera.

The Mi Band 5 retains the usual heart rate tracker but it gains a new barometer to track atmospheric pressure. The brand claims a battery life of 14 days in one go. The new magnetic charging dock eliminates the need for taking the tracker out of the strap. The NFC variant of the Mi Band 5 will allow users to make payments via the band.