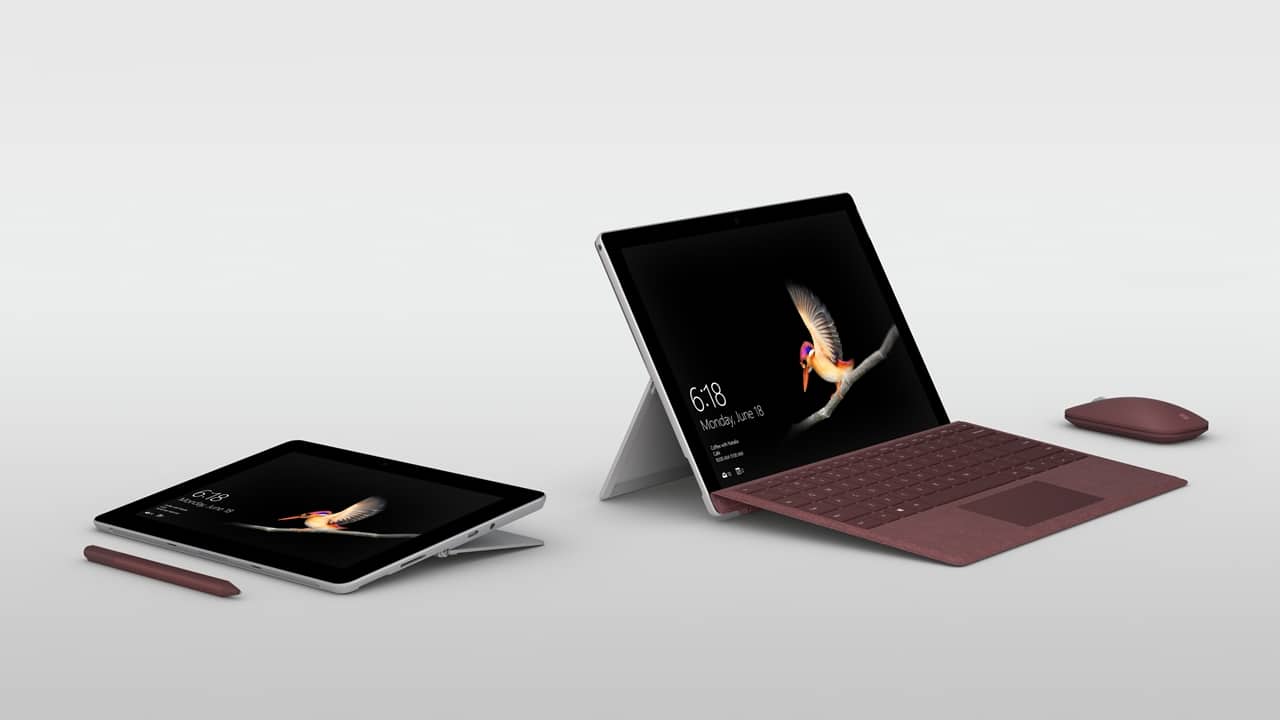 Microsoft has just announced new hardware under its Surface line of devices. As you know, Surface tablets, laptops, and desktops are on the premium side, but the new Surface Go is shifting gears by being the most affordable of the bunch — and also the smallest.

The Surface Go from Microsoft is a full-blown Windows 10 tablet aimed at schools, kids, and even the enterprise market. It’s been three years since the last non-Pro Surface tablet, so the introduction of the Surface Go comes at a bit of a surprise for us. 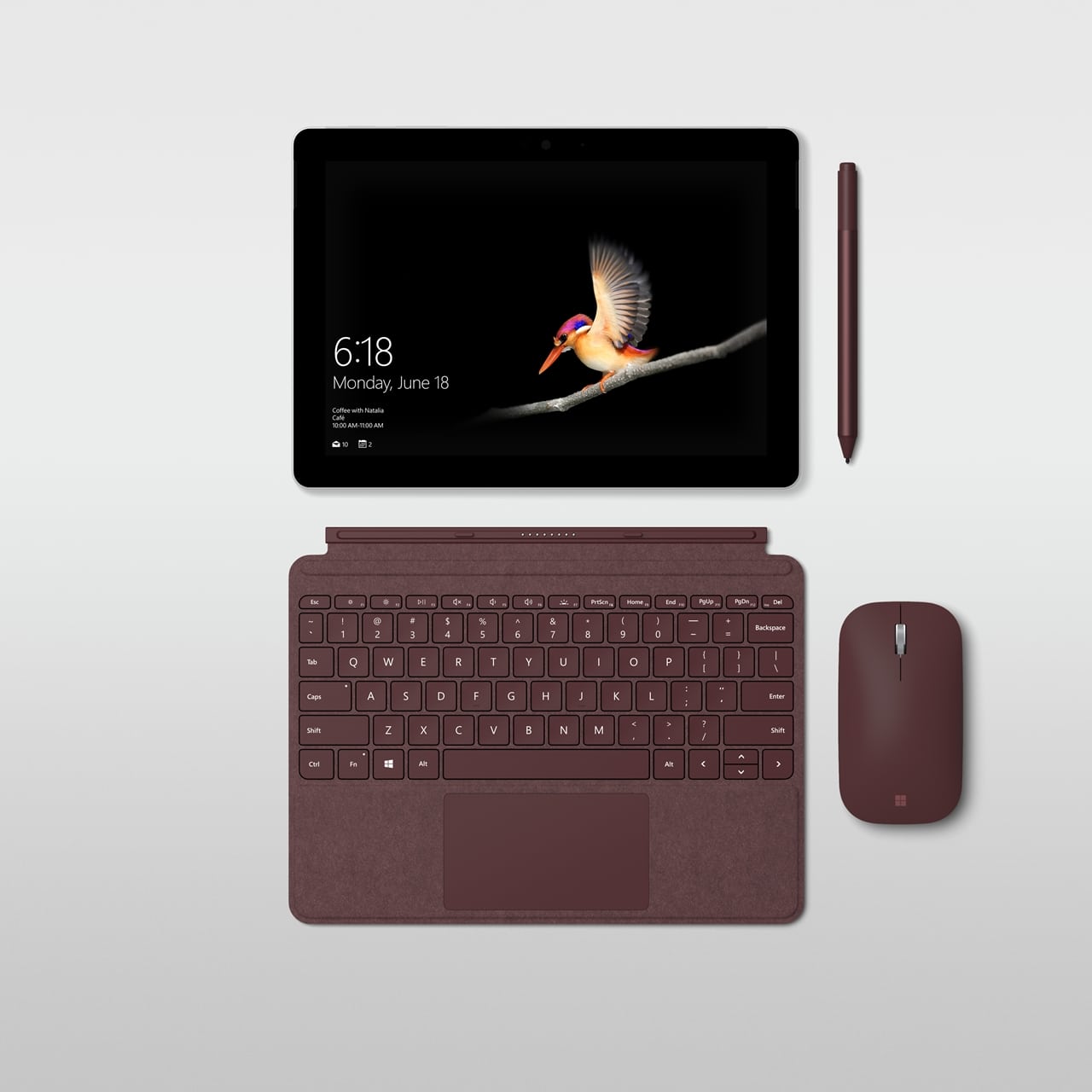 The smallest Surface tablet has a 10-inch PixelSense touch display with a resolution of 1800 x 1200, 3:2 aspect ratio, and pen support. It’s powered by a seventh-generation Intel Pentium Gold processor (haven’t heard about Pentium in a long time) with up to 8GB of memory and up to 256GB of storage.

The tablet itself has a single USB-C port for 4K video out and data, microSD card reader, a proprietary Surface Connect port, and a headphone jack. It also has an 8-megapixel rear shooter and a 5-megapixel front-facing camera with support for Windows Hello.

The body of the tablet is still made of magnesium and is designed like other Surface tablets, including the adjustable kickstand. It also has front-facing stereo speakers and Dolby Audio. The tablet’s battery is rated to last for nine hours on a single charge.

The new Surface Go will be available in early August 2018 starting at just US$ 399 for the tablet and US$ 99 for the detachable keyboard. It’s now available for pre-order in North America, Europe, and Australia, while Asia will follow suit in the coming weeks. An LTE model will arrive later this year.

Microsoft’s new tablet practically battles Apple’s newest and cheapest iPad, and it’s definitely more affordable than any of the iPad Pro tablets. Compared to the iPads though, the Surface Go runs a full version of Windows 10 (in S-mode) and not just a mobile operating system.