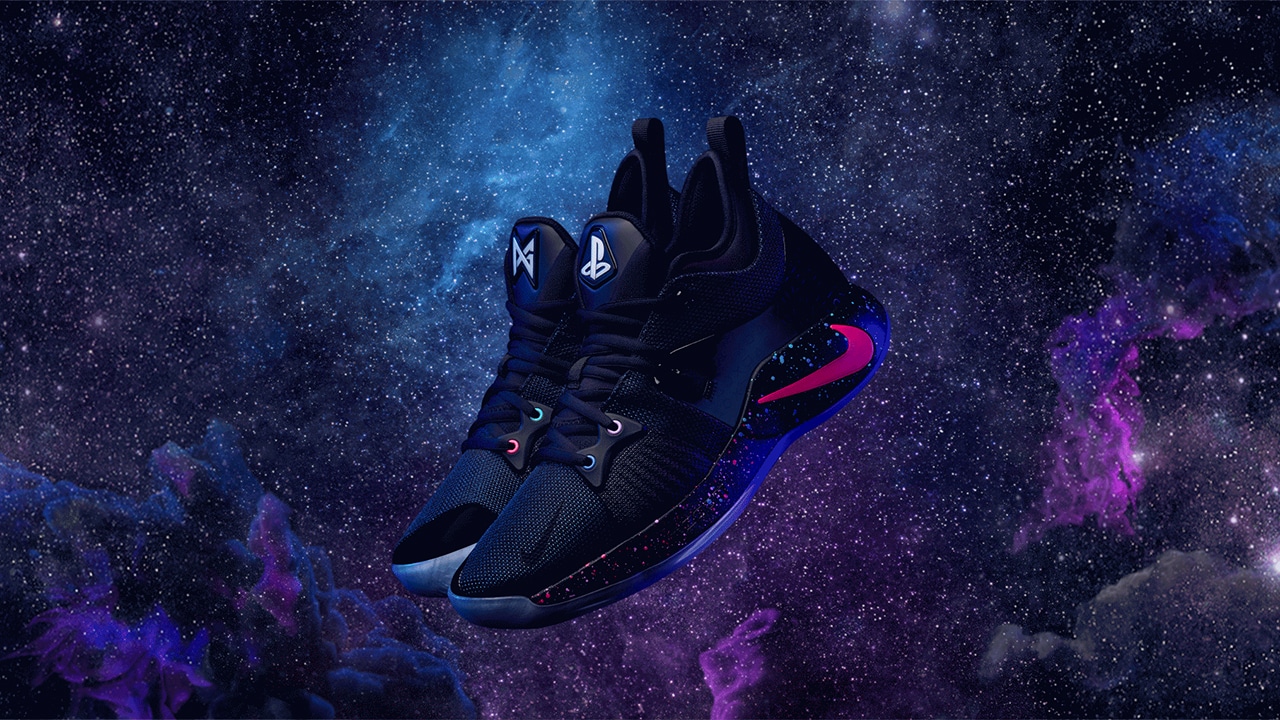 Basketball shoes are a way for fans to show their love for the game. However, Nike’s new shoes show appreciation for a different kind of game — the video game.

Sporting a PlayStation logo and a load of other gamer goodies, the PG2 is Oklahoma City Thunder forward Paul George’s latest collaboration with Nike. His second signature shoe with the sneaker company boasts both his twin loves — basketball and video games.

George, who previously played for the Indiana Pacers, is no stranger to collaborations with the gaming world. Last year, the star was featured on the cover of NBA 2K17, when he was still donning the blue and gold. In the same year, he also launched his first shoe, the PG1, which sported a cameo of his 2K17 render.

The PG2 shares a similar design with the PG1, particularly its traditional look compared to the standard bootie design today.

The shoe exudes a dark blue with black accents look. It shows off the PG brand and PlayStation logos on the right and left tongues, respectively. Mimicking the PS4’s DualShock controllers, both logos light up and pulse when activated by buttons. The lighting mechanism contains a 150-hour non-removable battery. 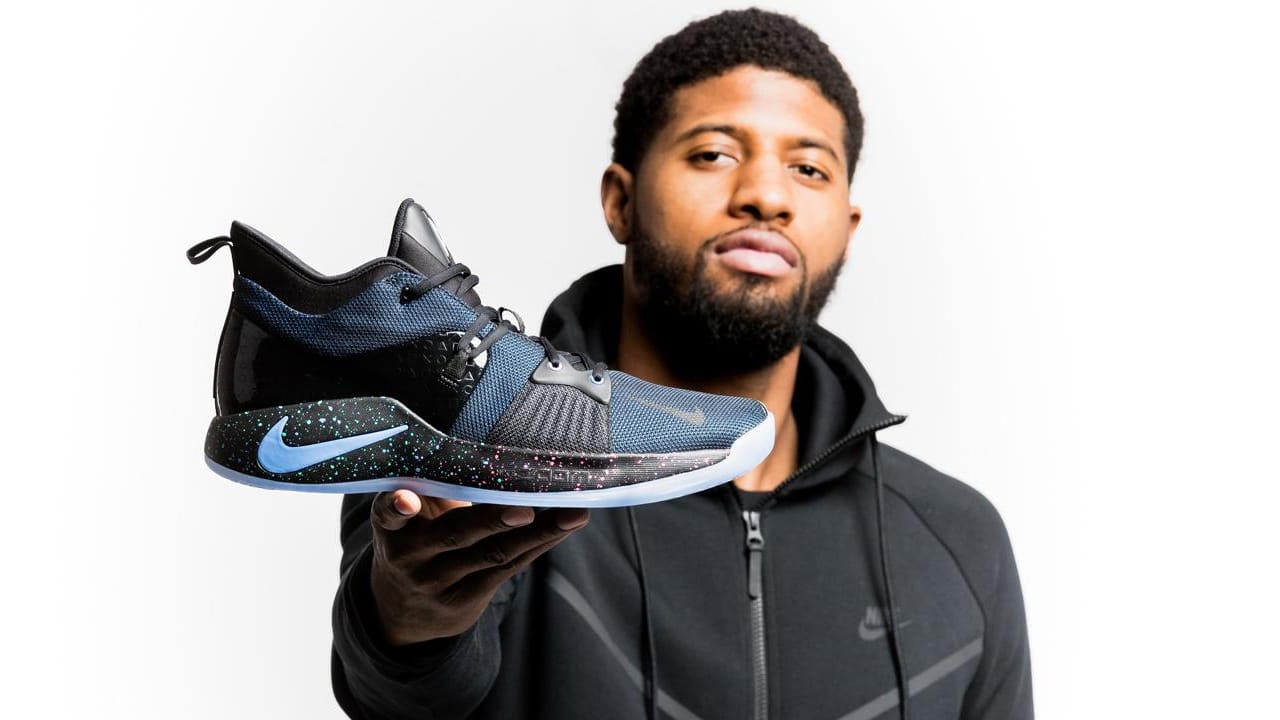 The shoe’s lace locks are painted red, green, blue, and pink to look like the iconic PlayStation symbols. The actual symbols themselves highlight the patented leather on the shoes’ sides.

Also, Sony lent its PlayStation Galaxy theme to the shoes’ sock liner and midsole. Splotches of red, purple, and blue accompany the Nike swoosh on the midsole. Meanwhile, the sock liner dons the stellar theme.

PlayStation gamers will also enjoy a digital goodie bag after purchasing the shoe. A PlayStation Network barcode on the right shoe unlocks access to a dynamic Paul George theme on the PS4. It will also unlock a surprise that George and designer Tony Hardman are keeping under wraps until its launch.

The PG2 PlayStation shoes will hit stores on February 10 at a modest US$ 110. Paul George himself debuted the shoes at the Thunder’s 24-point blowout win against the Cleveland Cavaliers last January 20.