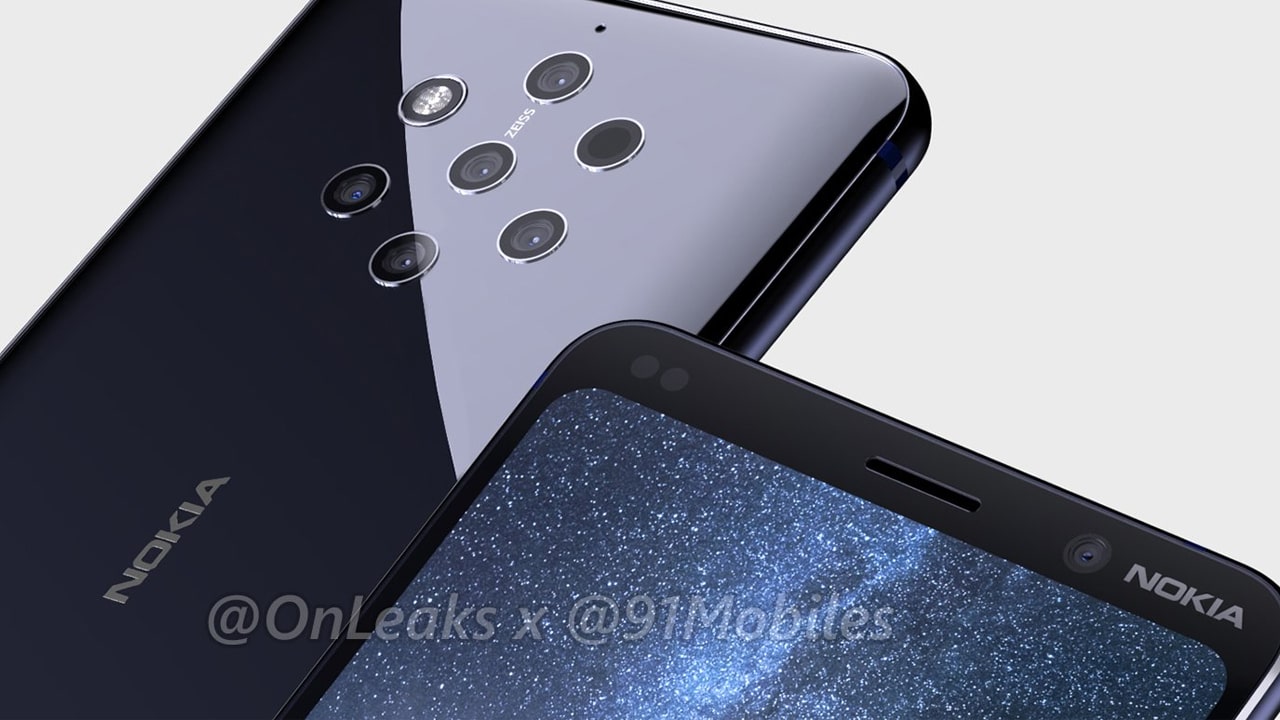 This year, the triple-camera setup demonstrably took over smartphone camera technology. Led by the Huawei P20 series, the technology redefined the abilities of smartphone photography. With this, 2018 is an excellent year to take photos with your phones.

Still, while everyone settles for four, Nokia has skipped way ahead of everyone else in pursuing the world’s first quintuple camera phone. Dubbed the Nokia 9, the revolutionary phone now has renders up online.

Prepared by @OnLeaks and @91Mobiles, the new renders mirror previous leaks that already surround the phone. For one, the renders depict a seven-ring rear. Five of these rings represent the phone’s cameras. These might include a telephoto lens, a wide-angle lens, and a depth-sensing camera. Meanwhile, the final two rings include an LED flash and a proximity sensor.

With the new design, cameras have regained their prominence on a device’s rear. After a brief period of minimalist camera placements, both quad- and penta-camera setups take up a lot of real estate on the phones’ rears.

As for other specifications, the Nokia 9 will supposedly carry an 18:9 screen, a Snapdragon 845 processor, up to 8GB of RAM, 128GB of internal storage, and 4150mAh of battery life.

Of course, the Nokia 9 is still a forthcoming device. Anything can change between now and its launch date. The phone will likely debut early next year.