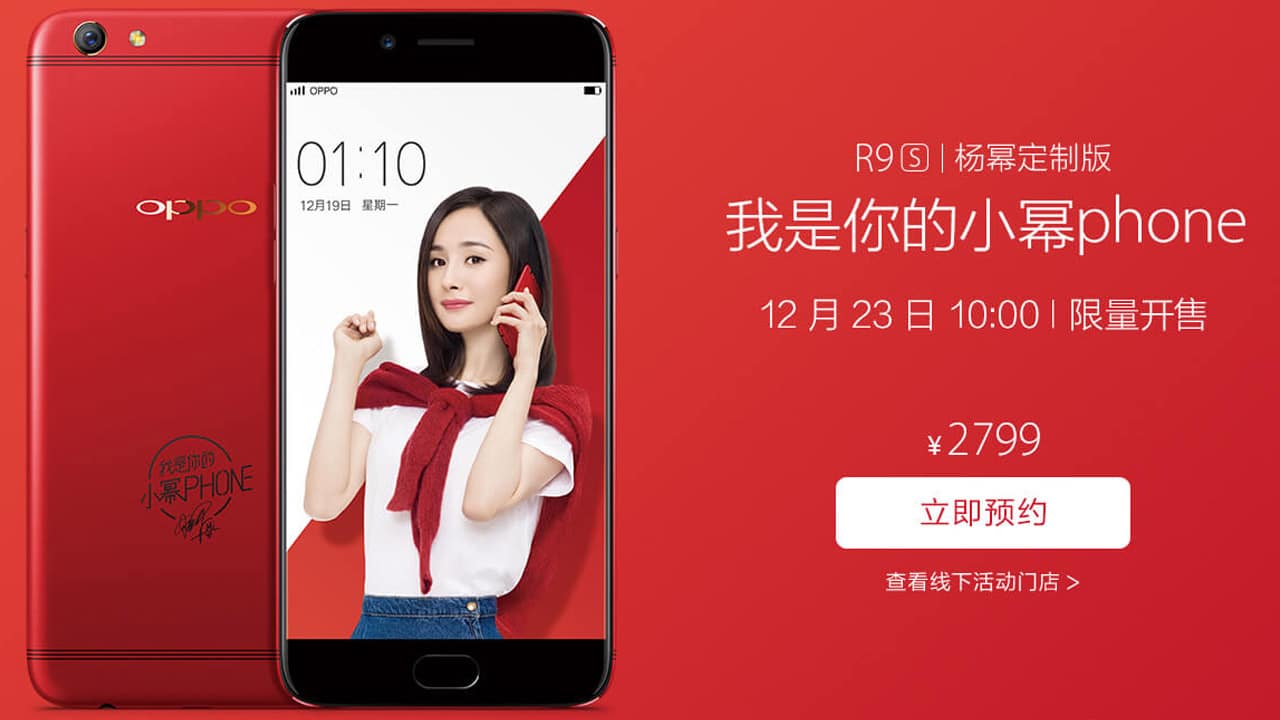 Exactly two months after launching the R9s, OPPO is now introducing a brand-new color to its hottest phone, and it’s quite the beauty.

As you can already tell, it’s all red except for the black bezels in front. It’s a stunning combination, if we do say so ourselves.

It’ll come out in time for Christmas with shipments arriving on December 24, once the pre-order period ends on December 23. You can place an order in China beginning today.

OPPO hasn’t officially released any live photos of the new color yet, but a leaked picture gives us a grainy idea of how it would like in person. 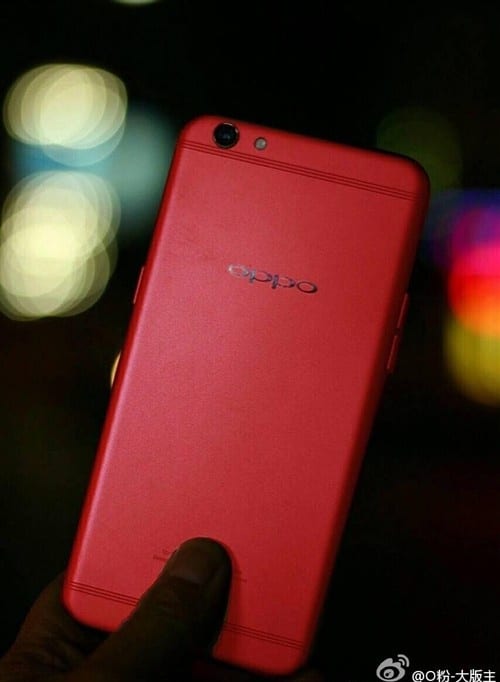 Looks great even in the dark! Of course, you can’t expect any new specifications or features — it’s identical to the original except for the color — but you’ll be glad to know it sells for the exact same price of CNY 2,799 or a little more than $400.

The only thing that needs explaining is the signature at the back: It’s from OPPO endorser Yang Mi, a popular actress and singer in China. It’s coupled with the phrase, “I am your little power phone.” I’m not sure why, honestly.

But wait, we can’t end this article without mentioning something iPhone-related. Yes, Apple is somehow involved here.

Two weeks ago, rumors have surfaced about Apple releasing a red variant of next year’s iPhone. Now, it seems like OPPO has beaten them to the punch.

The Chinese company is already notorious for imitating (or just flat out copying) Apple’s iPhone designs, so it’s interesting to see OPPO doing this before hot red becomes a thing. Or, do you think these rumors were intentionally leaked to test copycats? Hmm.