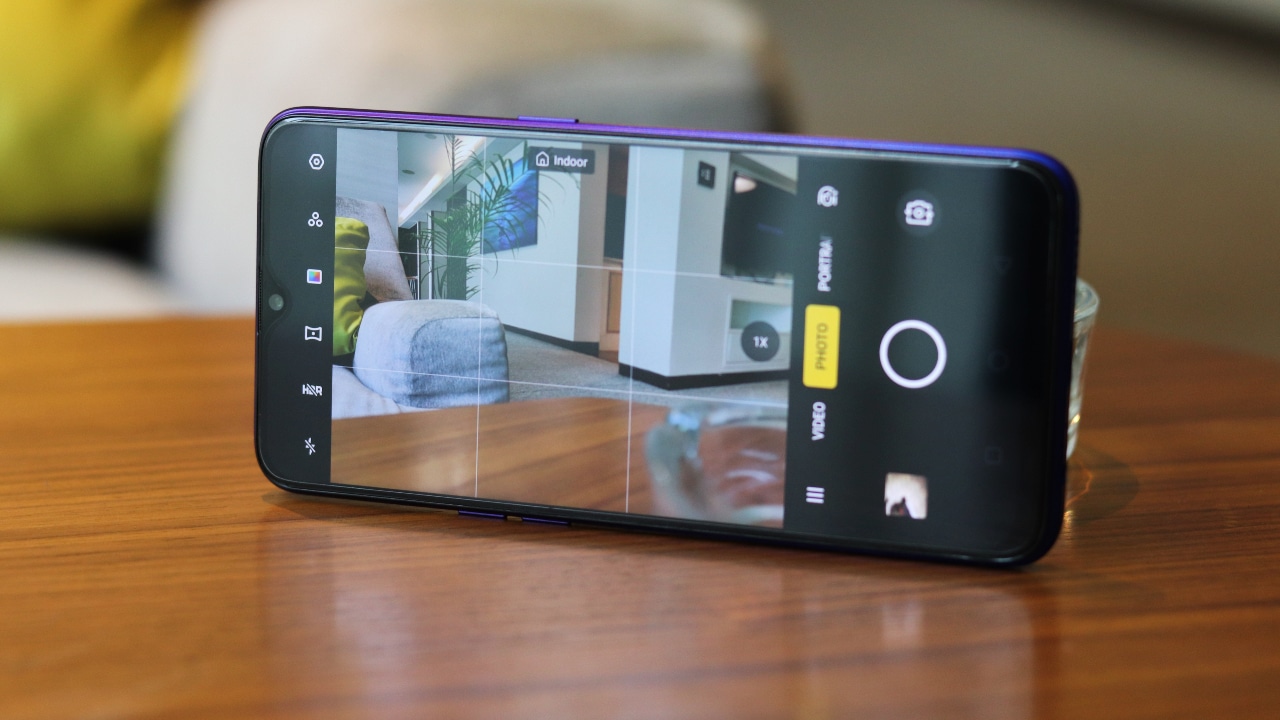 In 2018, every smartphone maker was trying to offer more screen-to-body ratio by using a notch, pop-up camera, or a punch-hole. Now that we’ve pretty much reached the maximum capability of a “bezel-less” screen, companies are now chasing intrinsic details of the panel.

Gaming phones were the first one to adopt a better refresh rate and OnePlus 7 Pro was among the first few to sport a 90Hz panel, while all other phones usually ship with a 60Hz panel. A refresh rate is the number of times your monitor updates with new images each second. A higher refresh rate offers smoother animations and transitions are more natural.

Now, Realme has confirmed it’ll launch a phone with a 90Hz display. Realme’s product manager Wang Derek took to Weibo to confirm that the company’s new offering isn’t far away.

Realme has been at the forefront of launching new phones this year and there’s no stopping. Initially, the maker experimented with youth-centric designs that involved faux-glass design and gradients. Later, it launched a 48-megapixel camera phone to take on Xiaomi’s Redmi Note 7 Pro.

The Realme XT is confirmed to sport a 64-megapixel primary camera and rumors suggest a 90Hz display will be onboard the Realme XT Pro. The phone is said to be powered by octa-core Qualcomm Snapdragon 730G SoC coupled with 8GB RAM and 128GB storage.

For such a thriving industry, the gaming peripherals industry still has no easily manufacturable solution for left-handed gaming. Years ago, Razer spent resources to develop an ergonomic solution for the problem. However, because of a lack in demand, the company pulled the product out. Now, Razer is reviving its left-handed gaming mouse.

Initially launched in 2014, the Razer Naga Left-handed Edition combines a thumb-optimized 12-button gaming grid with left-handed ergonomics. All in all, the mouse has 19+1 programmable buttons. Inside, the mouse’s new sensor sports 20,000dpi with 99.6 percent resolution accuracy. As a result, the Left-handed Edition is optimized for MMO gaming.

Further, the mouse boasts a durability of up to 50,000 clicks. It boasts slick movement across any surface with PTFE coating. It also a super flexible cable for minimal drag. The mouse’s memory can also store up to five profiles.

Razer now claims that it is the only company that sells true left-handed gaming mice. True enough, most left-handed gaming mice today are just symmetrically designed. Basically, the mice’s developers did not design ergonomically for another market. Instead, they made a mouse applicable for both markets. Razer says that it expended a lot of resources by developing a truly left-handed mouse, often causing a loss more than a profit.

According to Razer CEO Min-Liang Tan, the newly designed mouse will likely still cause a loss. However, “the more [they] sell, the less of a loss [they] will take on it and the more likely [Razer] can continue to produce it,” he said.

They also have an easily replaceable battery 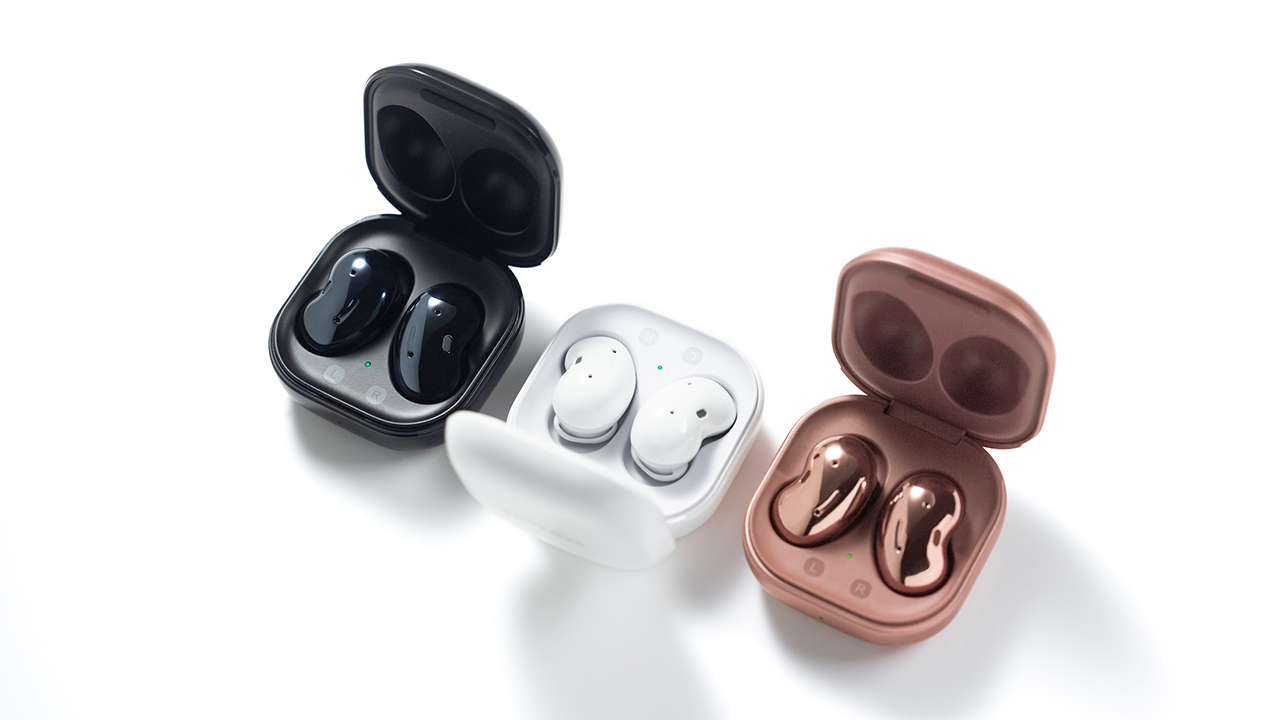 Marketing will always clash with engineering. Whereas the latter will use quirky names for a product, the former will always prefer a more marketing-friendly name. Take the Android 11 versus Android Red Velvet Cake debate, for example. Now, another weirdly named product is falling into the same marketing versus engineering clash: the Galaxy Buds Live. If you’ve seen the product, you already know what it should be called. Apparently, Samsung does, too. According to a tear-down video, even Samsung calls them Beans.

In iFixit’s latest teardown video, the infamous dissector of tech revealed the inner workings of the small Galaxy Buds Live. Composed of many minuscule components, each earbud contains a flexible strip that holds the entire thing together. Each cable has a perfectly readable label called “bean left” or “bean right.” Without a doubt, Samsung — at least, their engineering department — calls them beans as well.

In other news, iFixit also comments on the relative ease of taking the earbuds apart, making them much easier to fix. They even found it easy to replace the battery (provided you even have a spare battery in the first place). Overall, the YouTuber gave it a repairability score of 8.

Regardless of what you call the Galaxy Buds Live or Galaxy Beans, the new wireless earbuds are a marvel of product design. The bean-shaped design makes for a more comfortable fit than more elongated earbuds out there. It fits snugly rather than protrudes invasively. Right now, the Galaxy Buds Live are available for US$ 169.99.

Today, Facebook launched a new service wherein small businesses can now effectively host paid livestreaming events right on the platform. Of course, while individual users might not find much use for the service, small businesses will benefit from centralizing their operations in fewer platforms. However, in the same launch, Facebook blames Apple for harming small businesses.

You might ask why Facebook took the time to attack Apple during their own launch event. Well, for two reasons.

The first reason concerns the new service’s payment structure. The new service includes a host of possible events like fitness classes, meet-and-greets, and pay-per-view events. Naturally, paid online events will help recoup losses from a still-ailing live events industry. To help these small business, Facebook chose to forego any revenue from hosting any events on their page. Small businesses will essentially earn 100 percent of their ticket sales from the event.

Now, Apple currently has a 30 percent cut on all transactions made through their devices. Hence, small businesses will earn only 70 percent of the revenue made from Apple users. Facebook asked Apple to either reduce the revenue cut or allow Facebook to shoulder the burden. Apple declined.

The second reason is, strangely, because of Fortnite. Lately, the still-popular battle royale game launched a crusade against the App Store’s monopolistic 30 percent cut. Epic Games migrated Fortnite’s transaction system away from Apple or Google and into Epic Games directly, earning them 100 percent of the revenue. As a result, Apple and Google kicked Fortnite from their respective stores. Now, Epic Games is suing Apple for the monopolistic practice.

Facebook’s dig against Apple is timely. In exposing Apple’s decision, Facebook can hope to change the practice in the future.