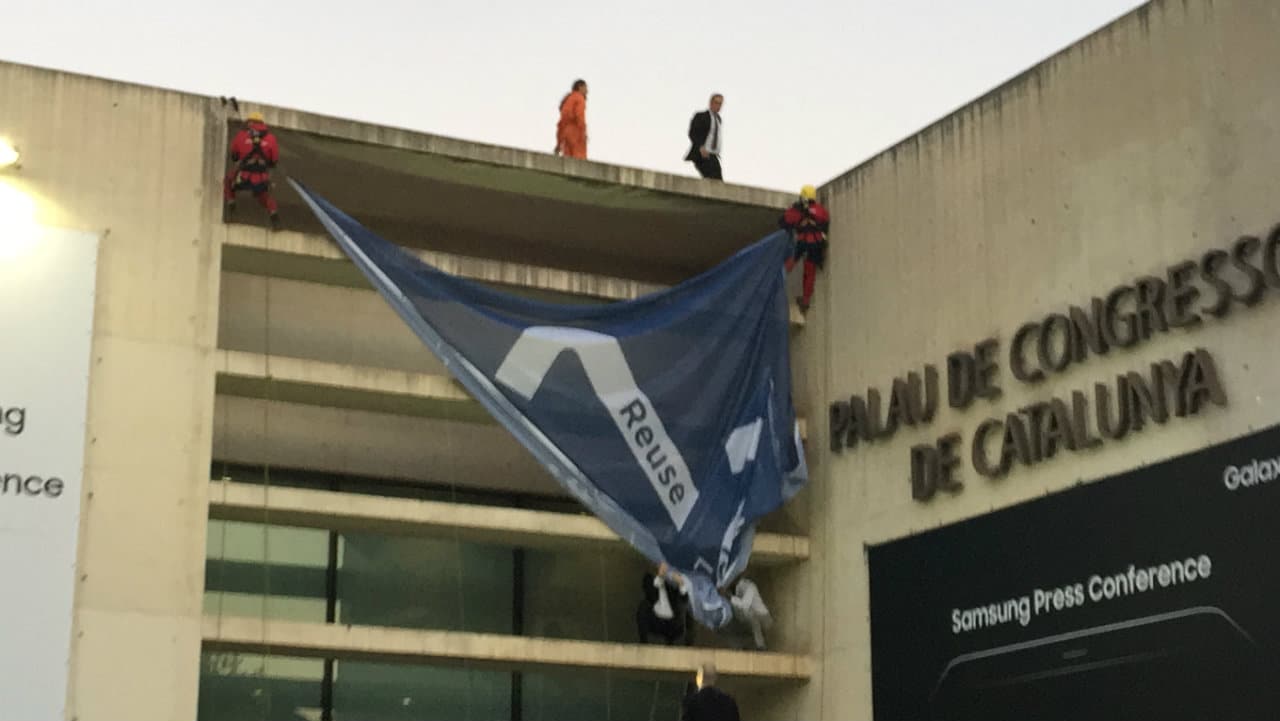 Things got a little tense at the Palau De Congressos De Catalunya in Barcelona, Spain — the site for Samsung’s announcement of the Galaxy Tab S3.

A little over an hour before the event, two men were spotted at the ledge over the entrance of the Samsung event. The two were members of Greenpeace protesting against Samsung’s handling of the Galaxy Note 7 recalls. 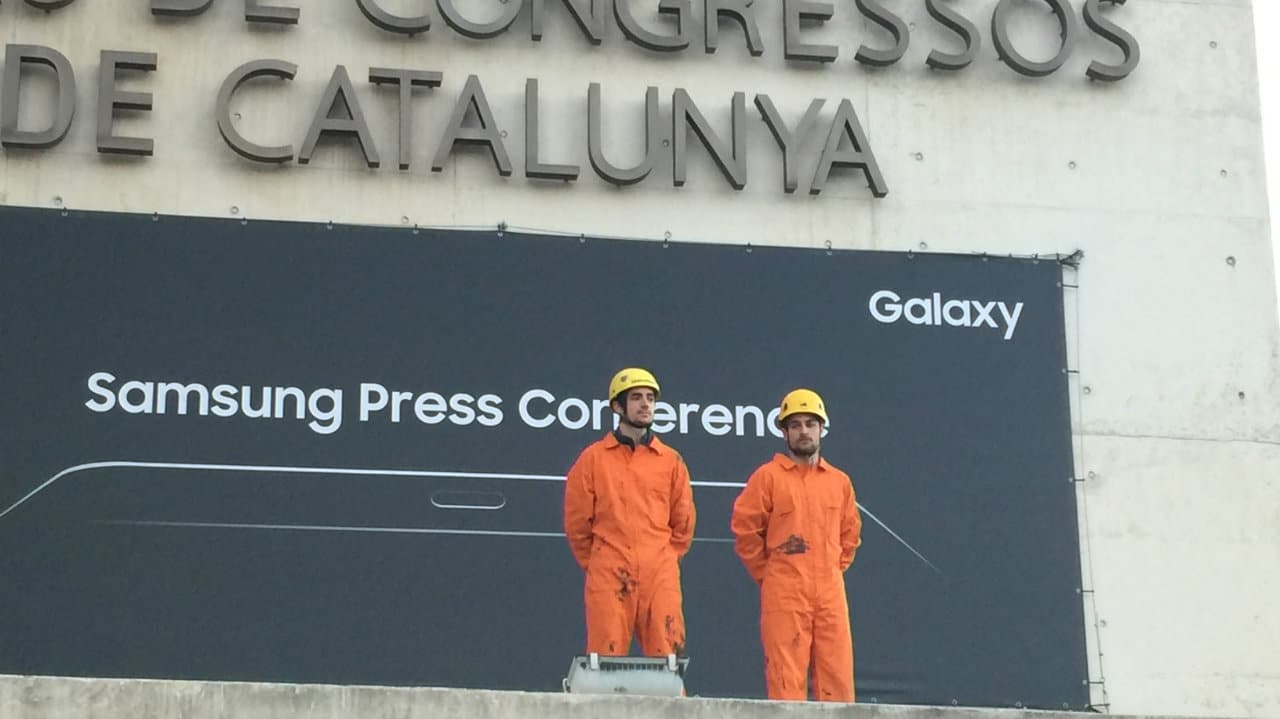 Not long after, event security attended to the situation to make sure things didn’t escalate. 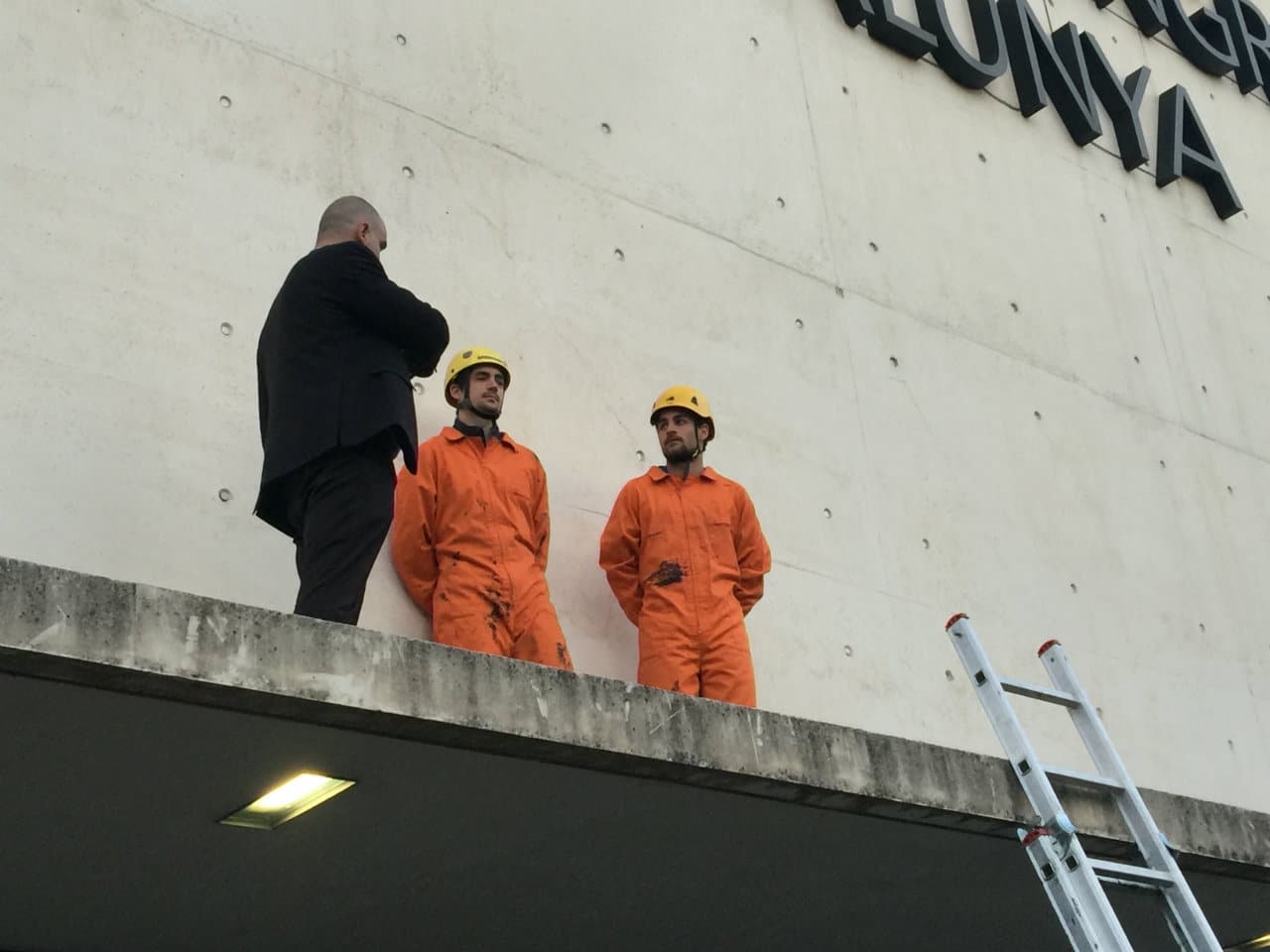 But that’s when three more protesters rappelled from a higher part of the building, lowering a banner with the signs Rethink, Reuse, Recycle.

At this point, police have already entered the scene, but it was still event security who primarily handled the situation.

Security was a little tighter, causing further delay to the event, but that didn’t stop another Greenpeace protester from taking part of the limelight. 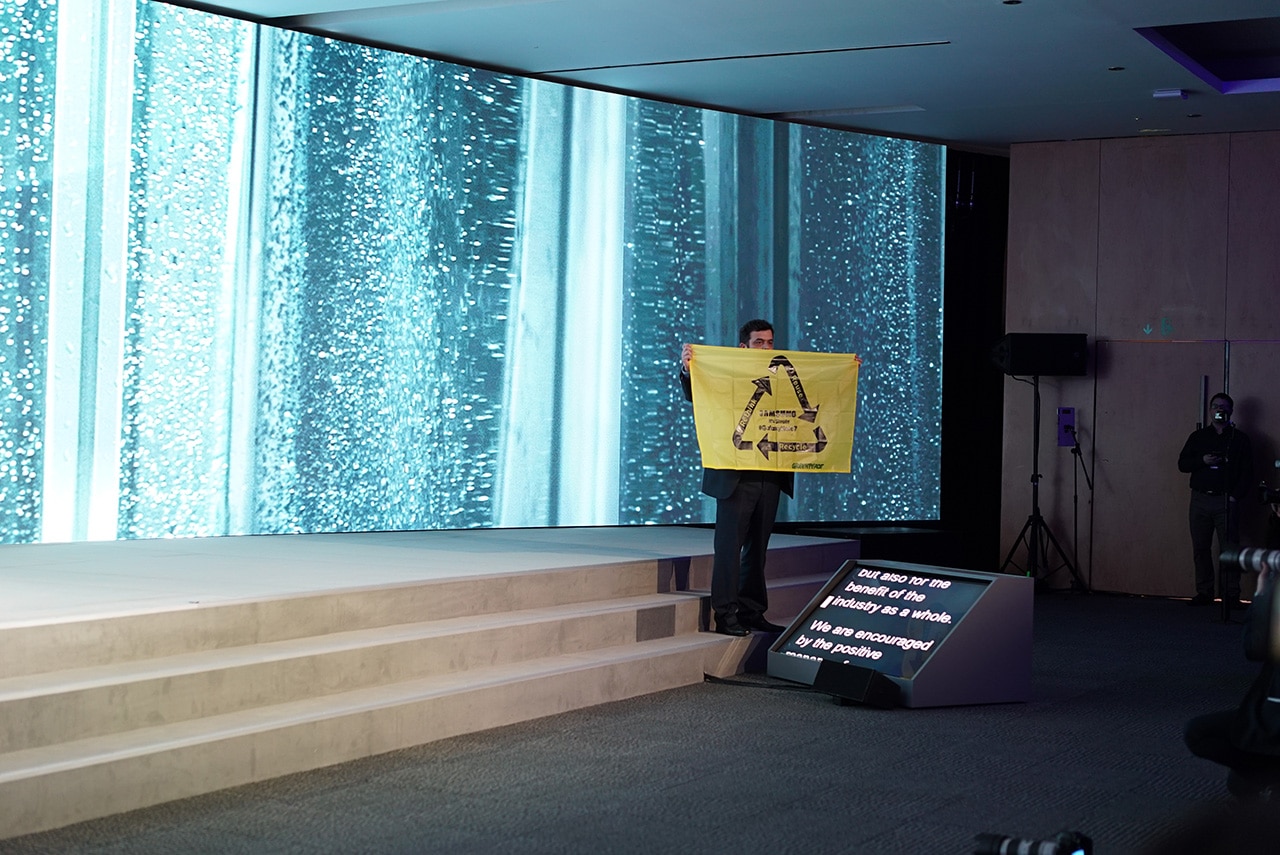 Samsung Europe’s Chief Marketing Officer David Lowes, who was on stage to open the event, was forced to address the protester saying, “You’ve made your point.” 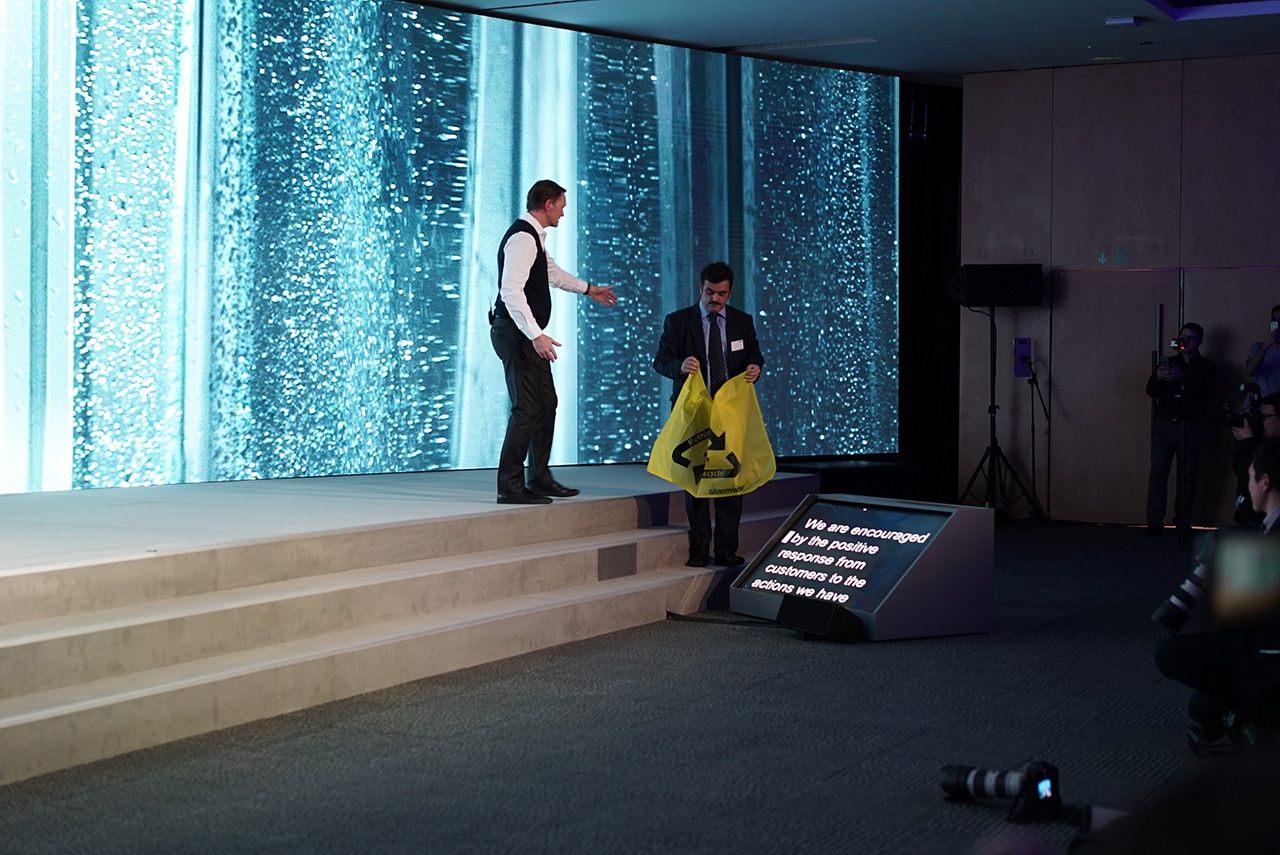 In a brief statement Samsung said, “We have prioritized a safe and environmentally friendly process for disposing of devices. We are committed to working closely with regulatory bodies, as well as carrier partners, to ensure a responsible disposal plan for our devices.”

A blog post on Greenpeace’s Spanish page says it had repeatedly asked Samsung how it would “manage the 4.3 million phones it has withdrawn,” referring to the recall of the Galaxy Note 7 following reports of the device exploding, endangering anyone who had it in their possession.

The newest LG flagship boasts a bigger display that fits in your hand, but that wasn’t exactly why I got excited over the G6.  END_OF_DOCUMENT_TOKEN_TO_BE_REPLACED

END_OF_DOCUMENT_TOKEN_TO_BE_REPLACED

Nokia managed to get the internet all hyped up with a feature phone. The hype reached fever pitch when Nokia finally unveiled the 2017 version of the 3310 at Mobile World Congress in Barcelona, Spain. For a closer look, here’s our Nokia 3310 hands-on video. END_OF_DOCUMENT_TOKEN_TO_BE_REPLACED