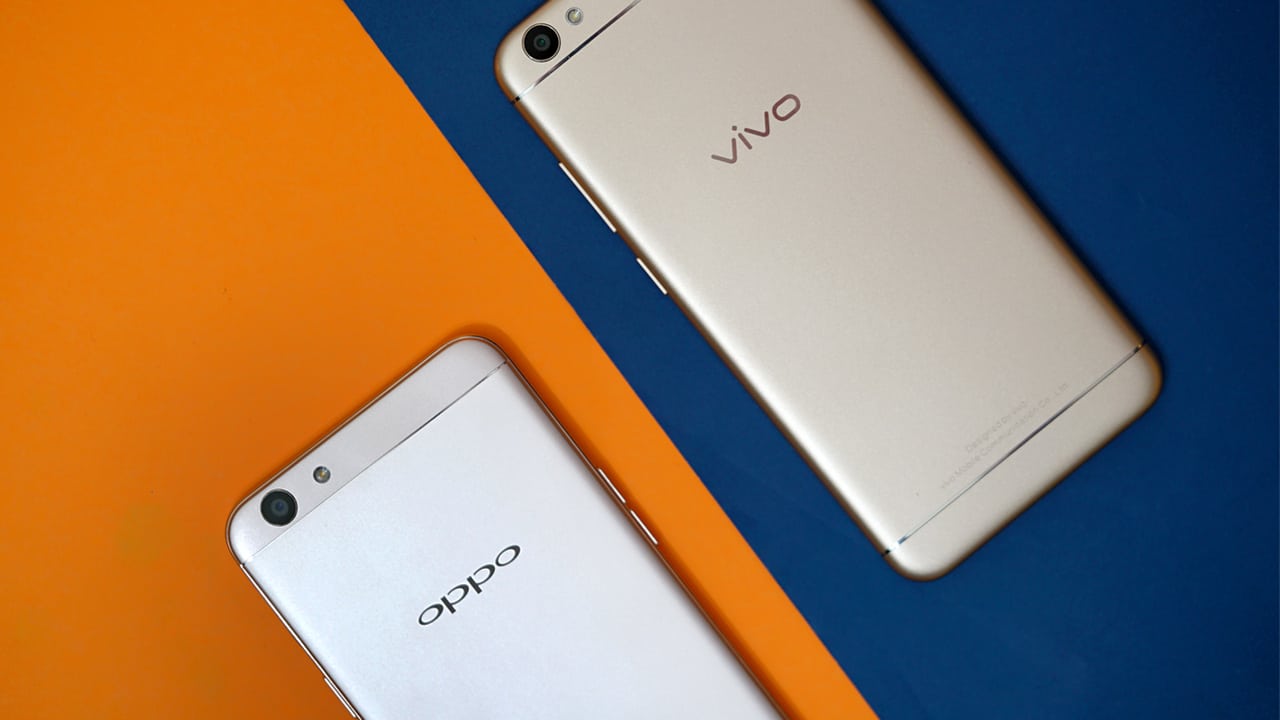 Can you spot the difference between these two smartphones?

If you cover up their logos, there’s no telling between the Vivo V5 and the Oppo F1S. 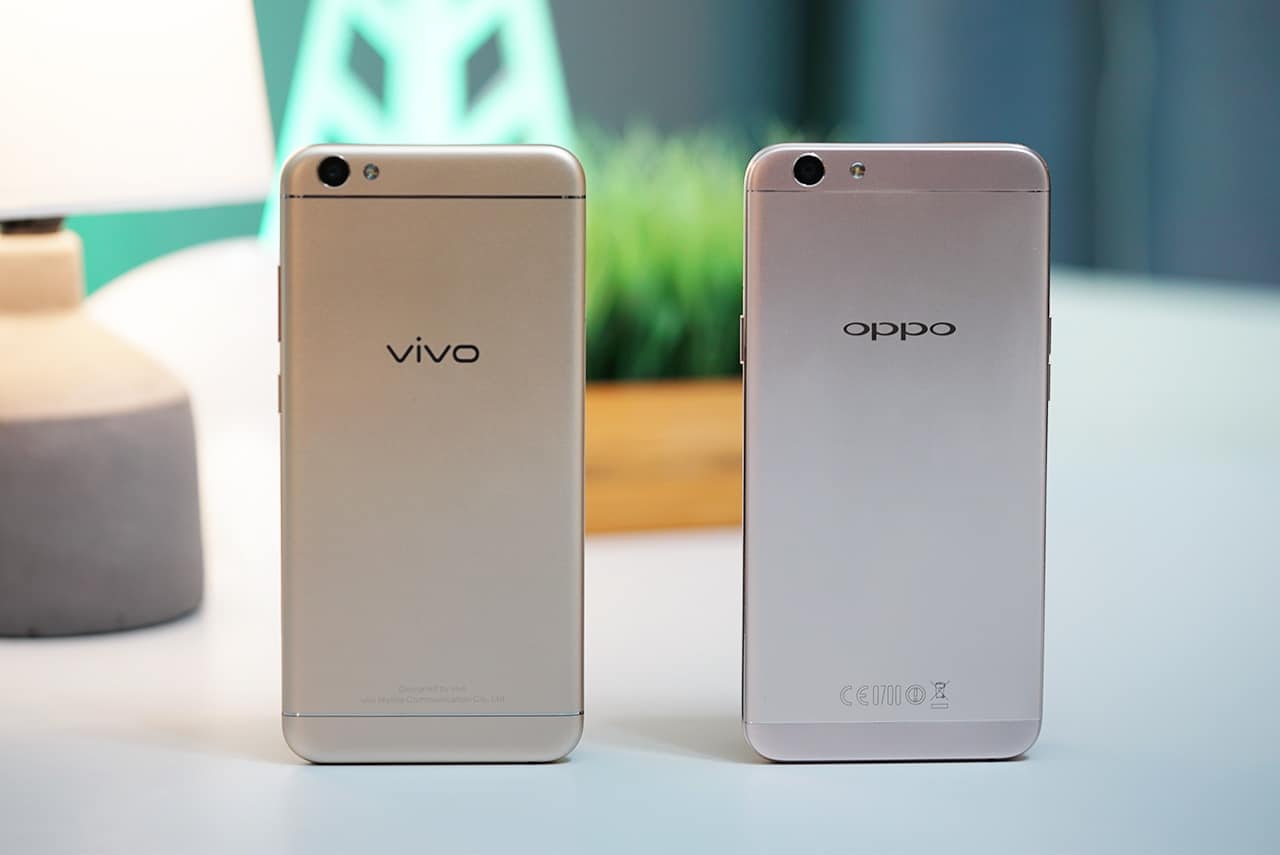 While both come from competing brands, they share the same parent company and presumably the same manufacturing resources so similarities are to be be expected.

Pricing is the same too. Which leads us to a question that seems to be on a lot of minds – Vivo V5 or Oppo F1S?

Before we dive in. It’s only fair to mention that the Oppo F1S was released 3 months ahead of the V5 – so Vivo had a few months to one-up its close competitor.

For the spec obsessed here’s what both phones look like side-by-side. On paper The V5 has more memory and more megapixels on its selfie camera, while the F1S has a slightly bigger battery.

In the real world though battery performance is pretty much even-steven. Both phones will last a solid 9 hours with average use and take roughly the same amount of time to charge – in our tests 2 hours and 15 minutes and 2 hours and 30 minutes for the V5 and F1S respectively. 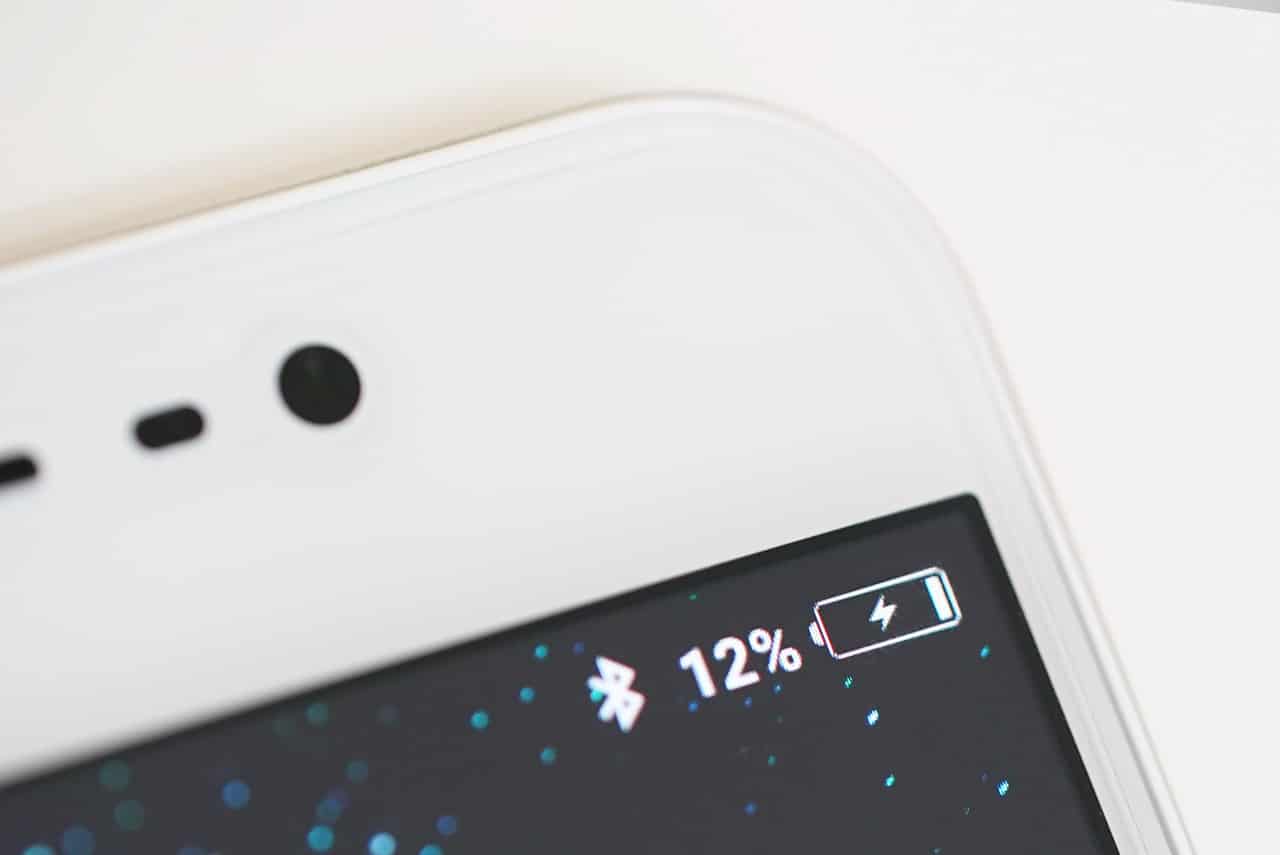 When it comes to power, the difference between both phones is pretty much unnoticeable even with the extra memory on the V5. Graphics intensive games like Asphalt 8 and NBA 2K17 run fine on both devices. More RAM theoretically means you should be able to run more apps in the background without any noticeable lag, so in theory the V5 should do a tad bit better in this regard. 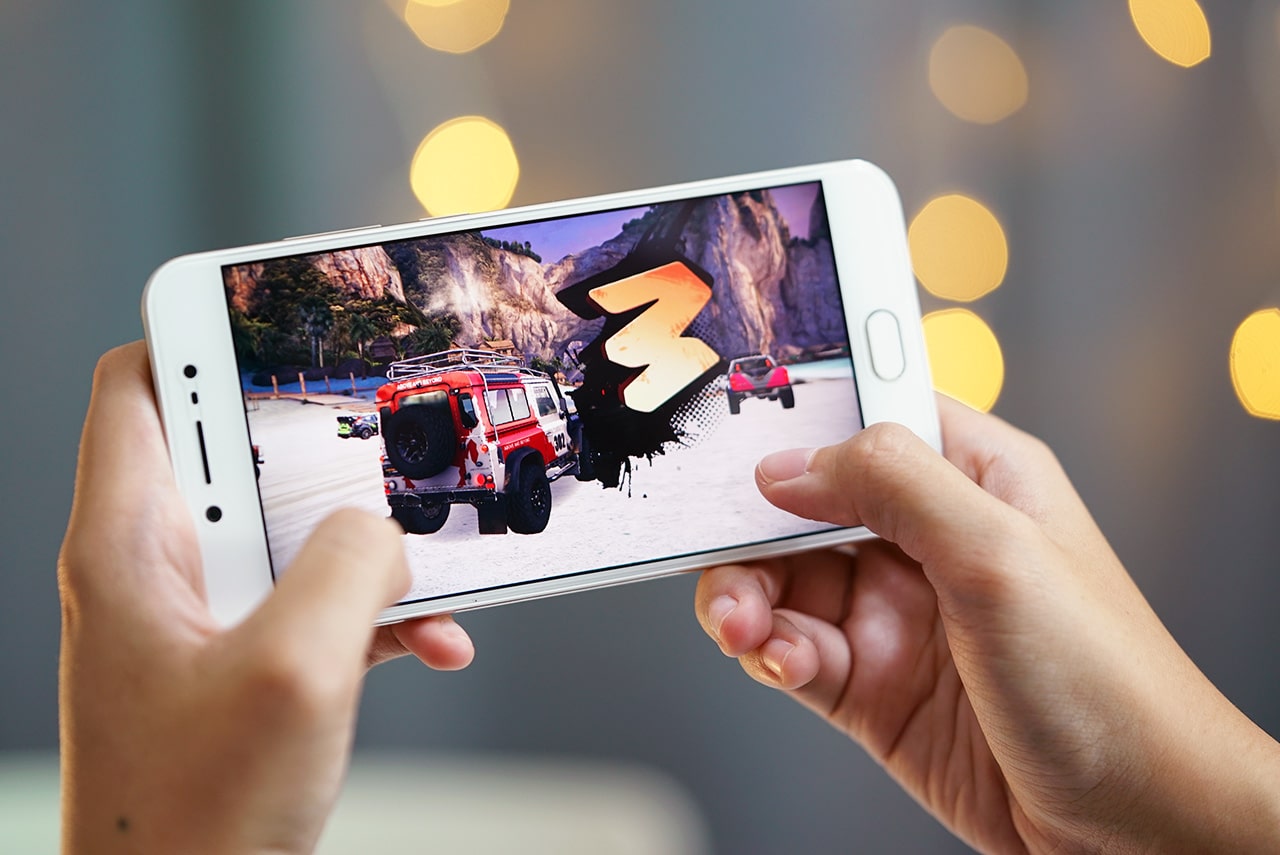 Both phones run their own custom skins on top of Android, on Oppo it’s called Color OS while on the Vivo its called FunTouch. While we prefer the Vivo FunTouch skin better, both are clean and easy to use. However the V5 wins this round because of more updated software – the V5 runs on top of Android 6.0 Marshmallow, while the F1S still runs Android 5.0 Lollipop. 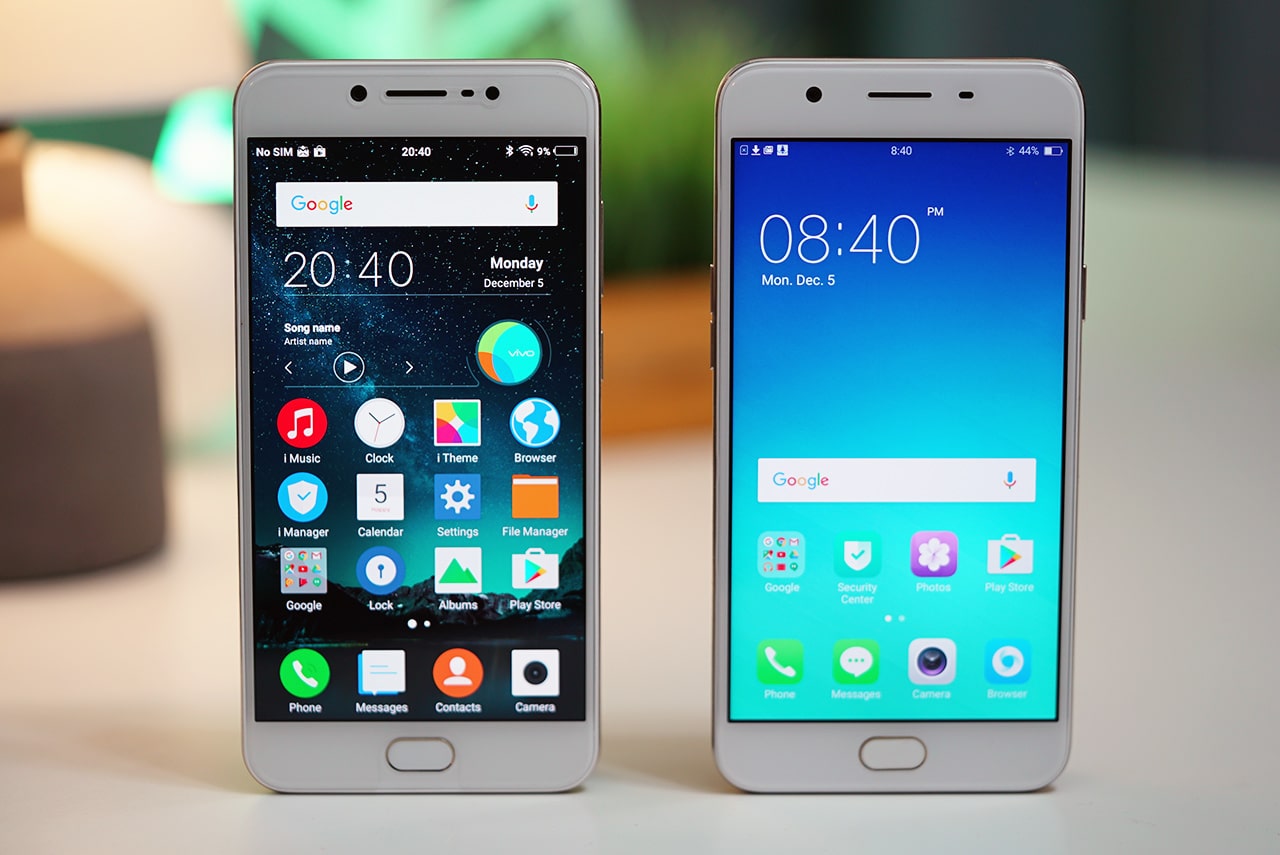 When shooting outdoors both the V5 and the F1S take pretty decent photos for their price point but the V5 shoots better photos in low light.

If you take a look at the samples below notice how both phones produce similar images in daylight with the V5’s photos looking slightly brighter and warmer. 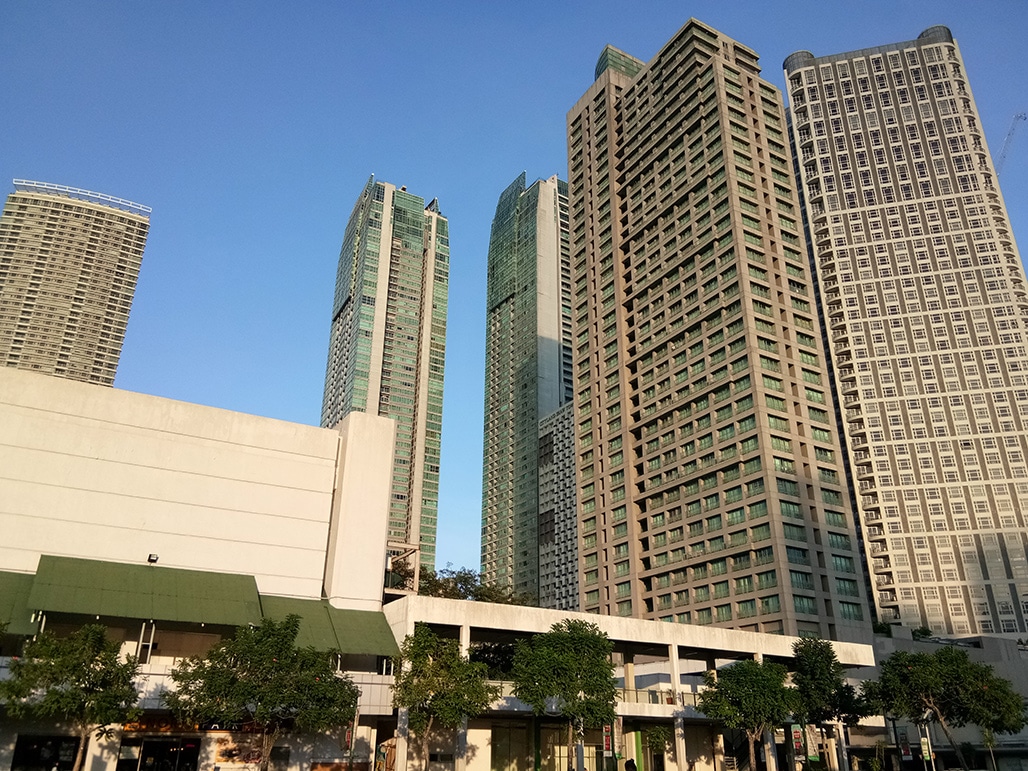 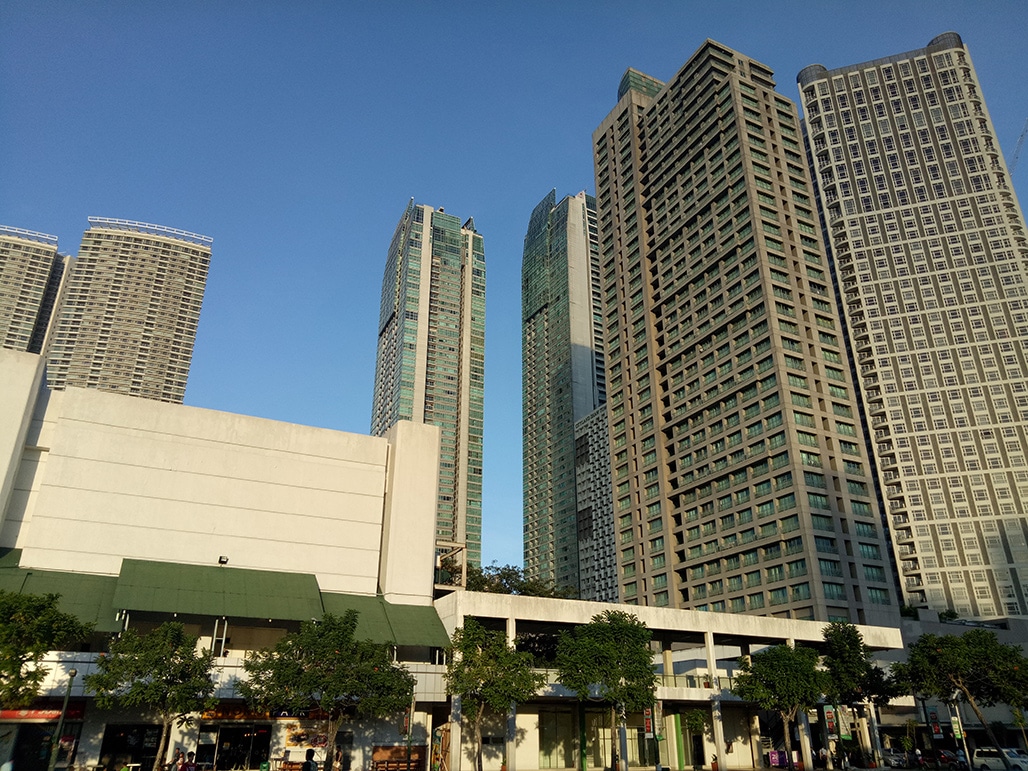 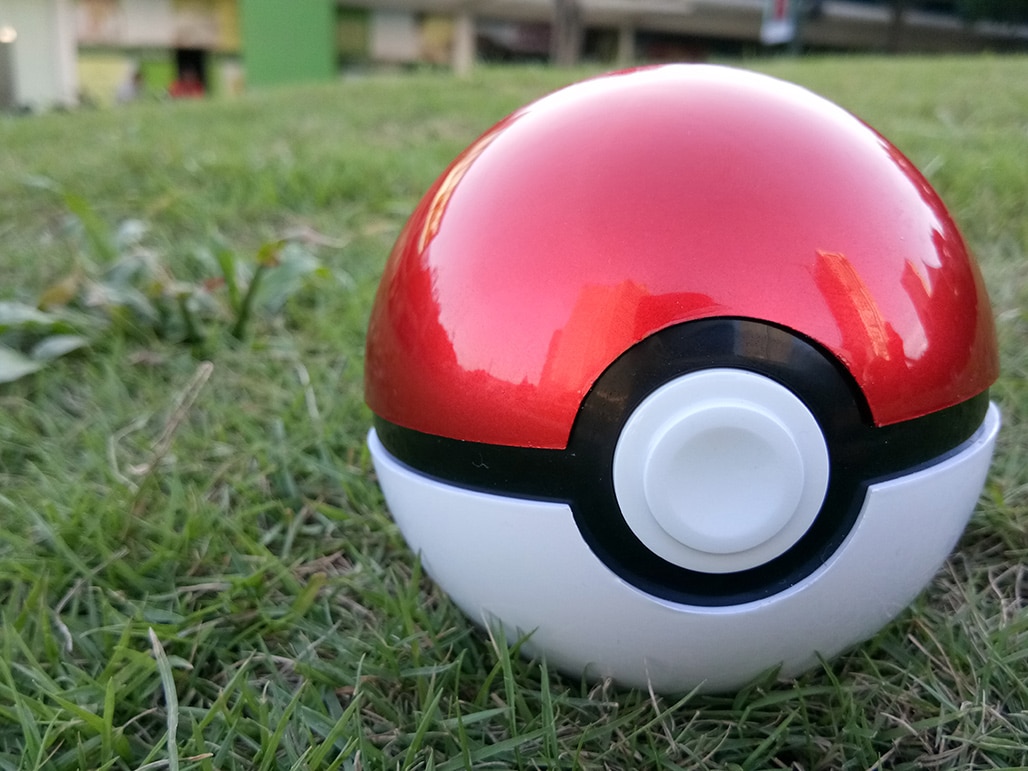 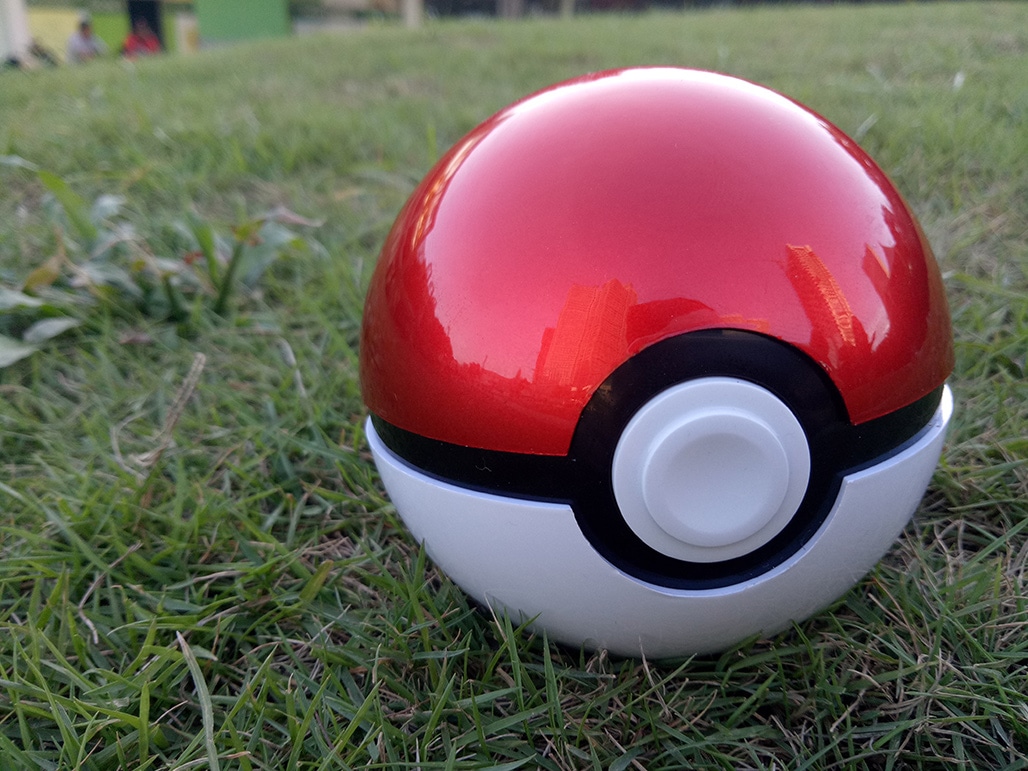 When there is little to no light available, the V5 outshines the F1S bringing out more colors with the same amount of noise. 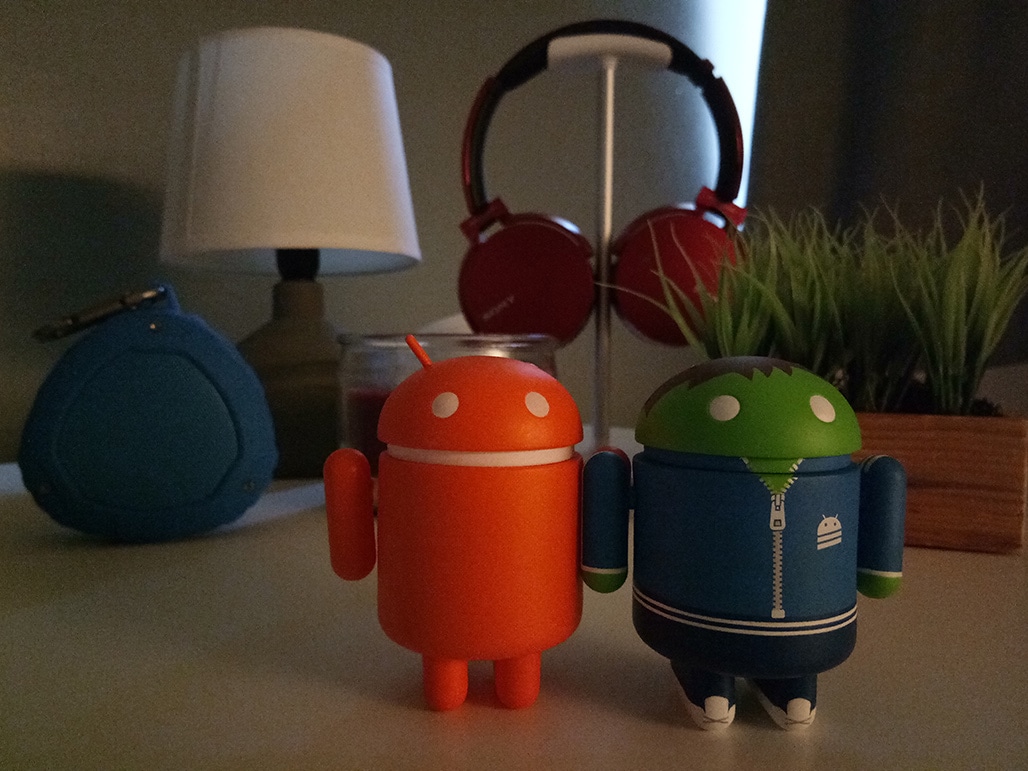 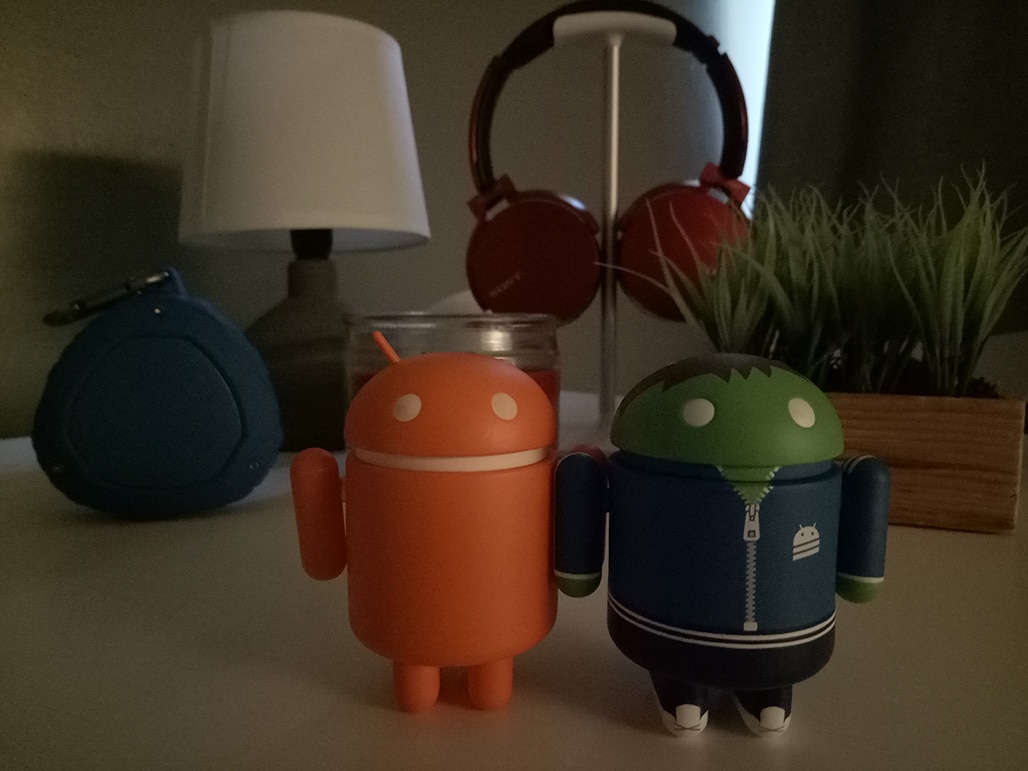 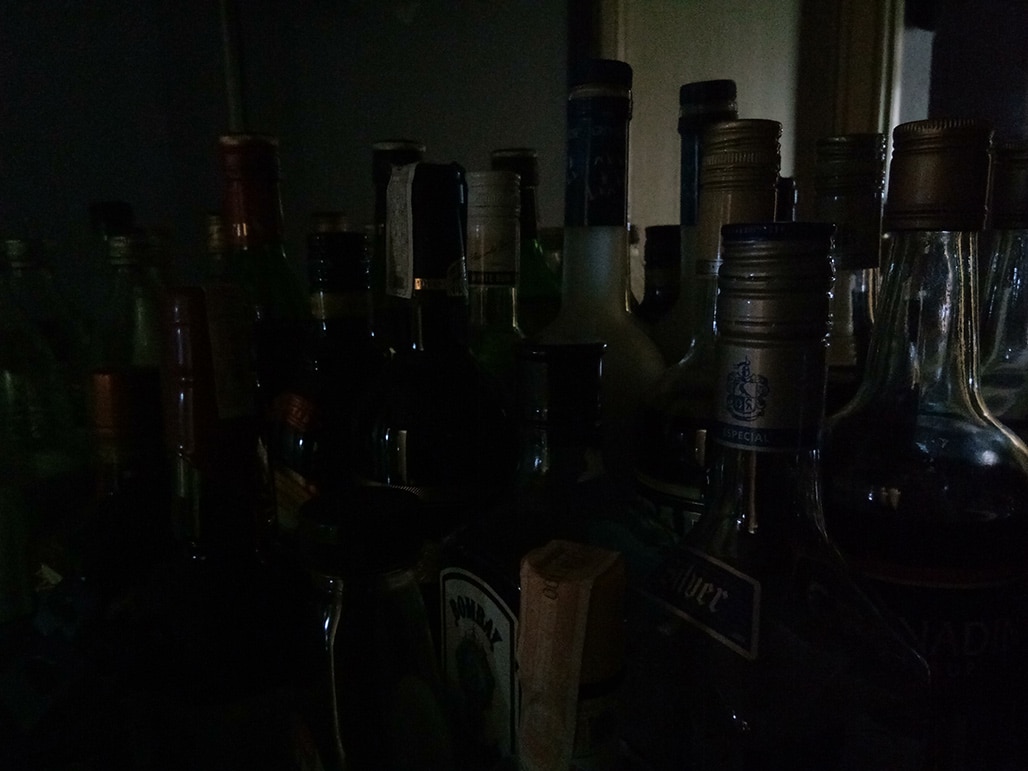 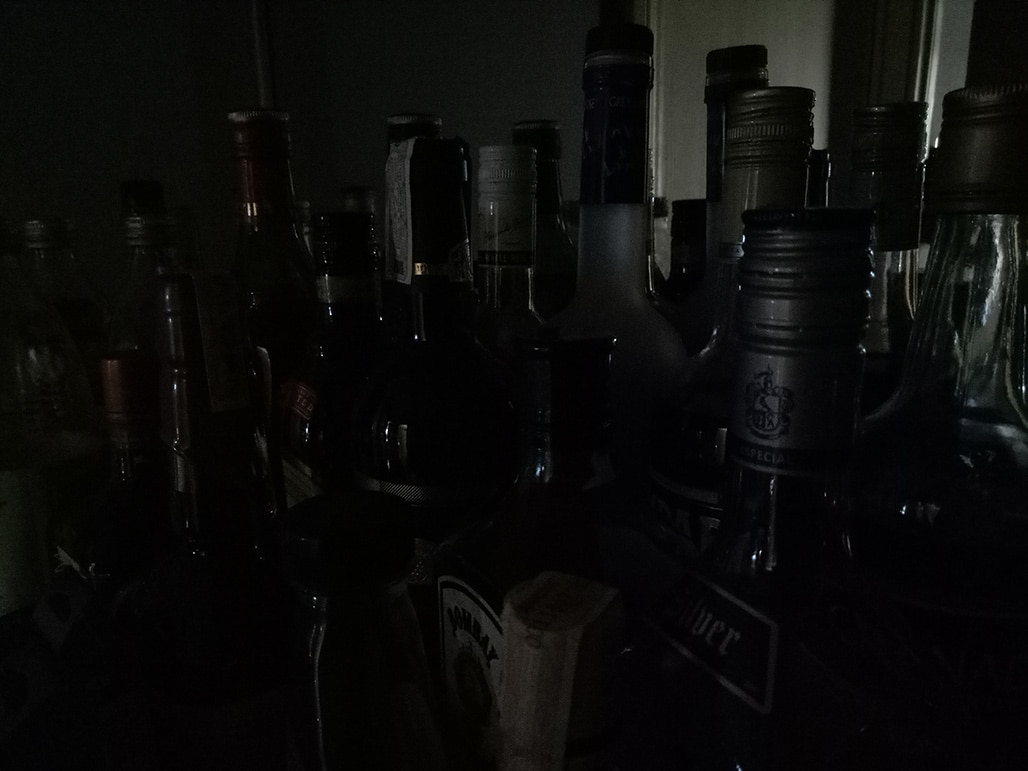 Bottles with hardly any light

Selfies are where both the V5 and the F1S are supposed to shine. Vivo claims you can take “perfect selfies” with the V5, while Oppo calls the F1S the “selfie expert”. While the V5 has more megapixels on its front camera (20 vs 16) one doesn’t necessarily stand out from the other. The only advantage of the V5 is its selfie flash, unlike the F1S which uses the screen to illuminate the subject, the V5 has a selfie flash built in – which comes in handy if you’re taking selfies in the dark. See the samples below. 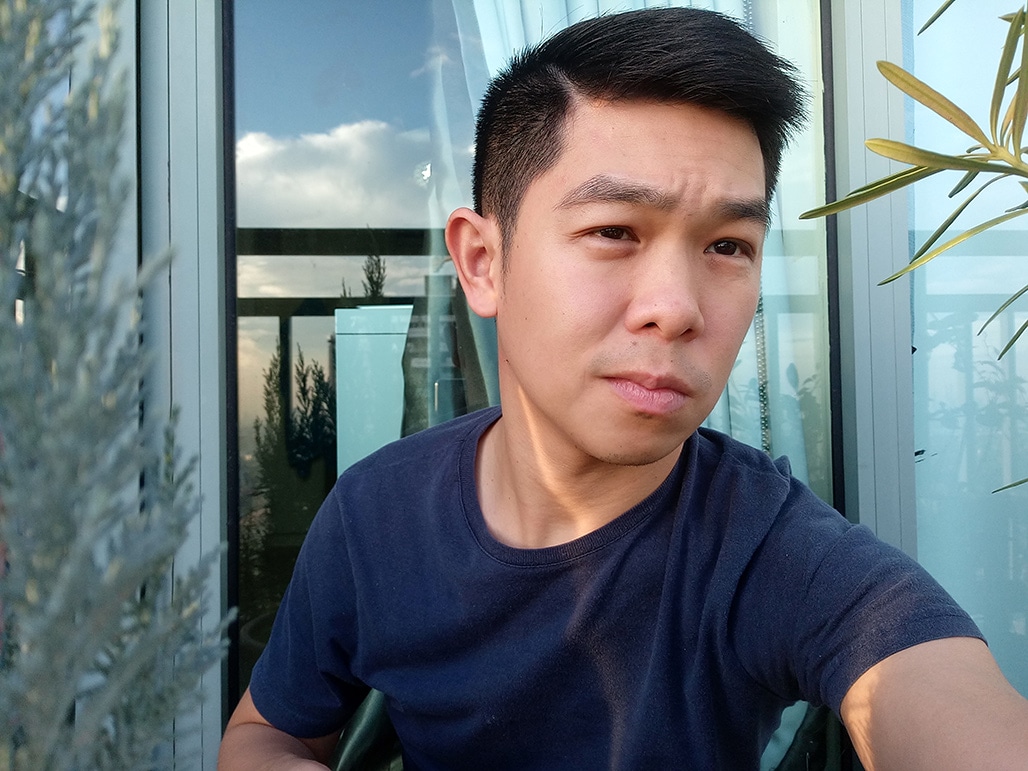 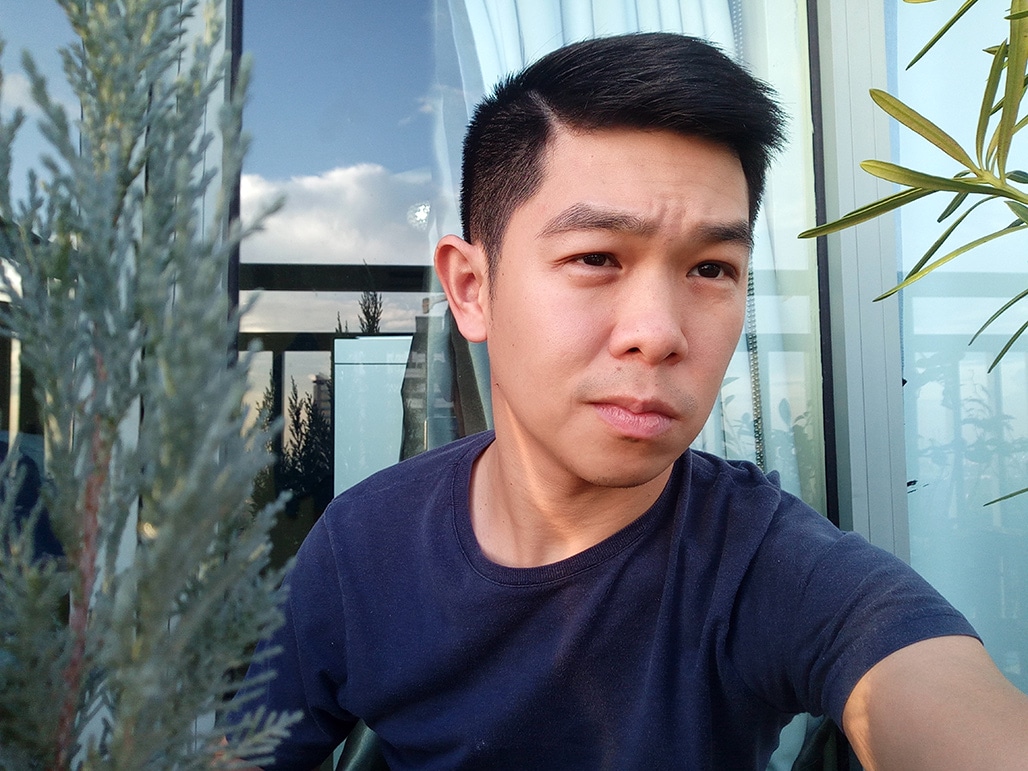 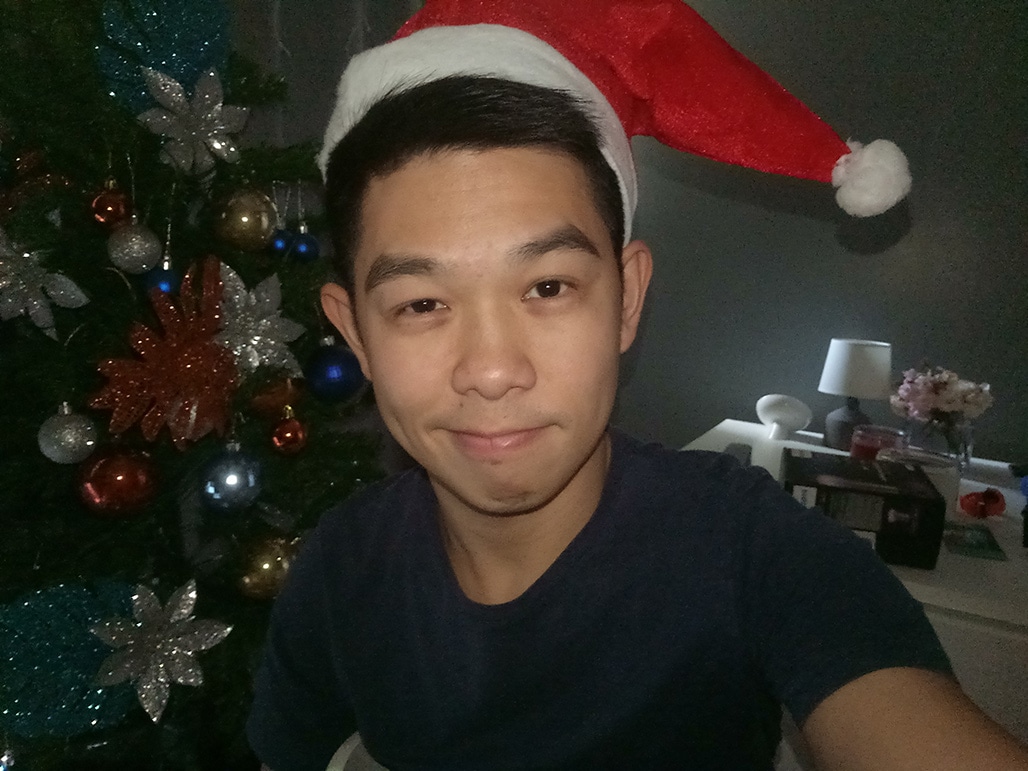 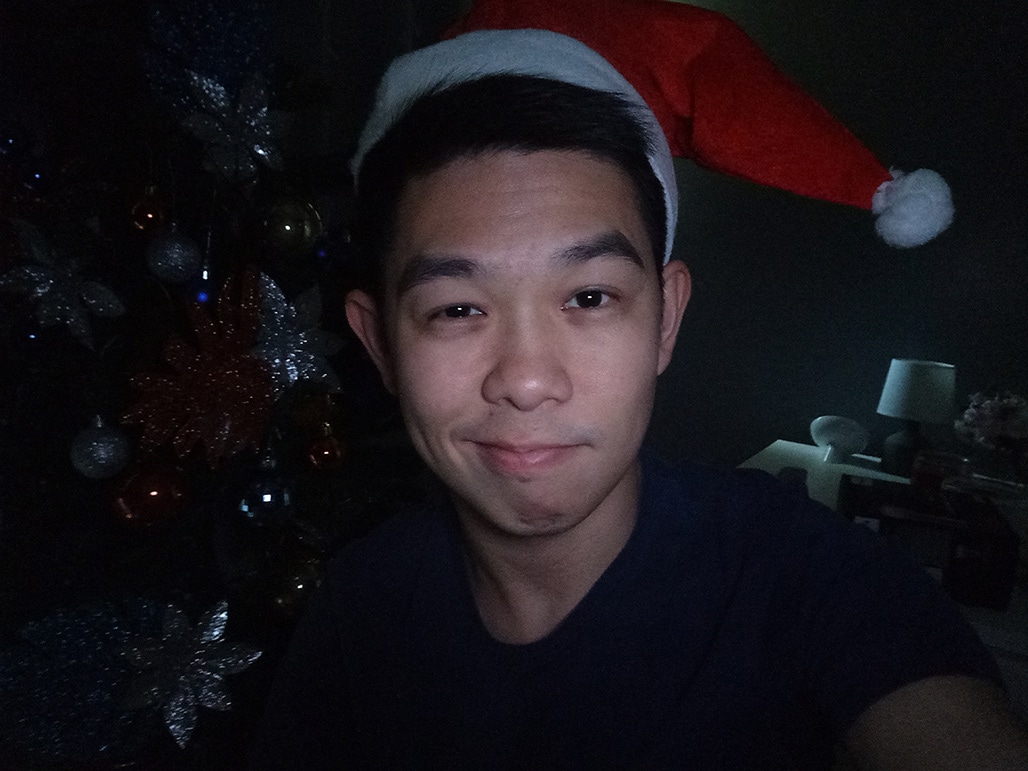