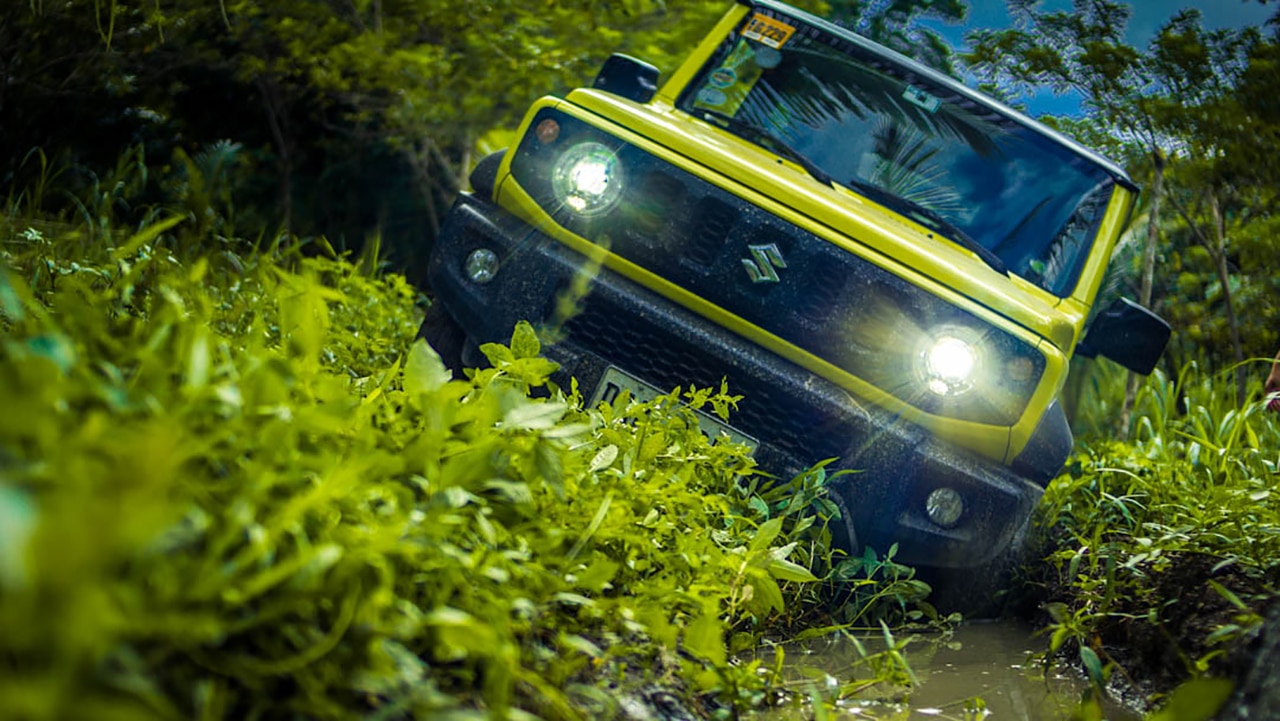 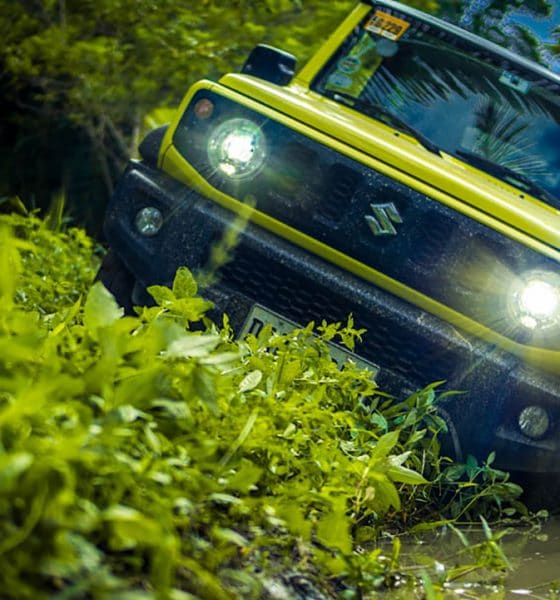 We took it to where it truly shines

What is cute and adorable but also fierce and beastly when set loose? No, the answer is not a rabid puppy — it’s the all-new 2019 Suzuki Jimny.

When we talk about extreme off-roading, normally we would think of big, bulky, expensive SUVs with massive tires, monstrous lift kits, and a gas-guzzling engine. No one will think of a small, Japanese kei car to be a good off-roader, but that’s where most are wrong. 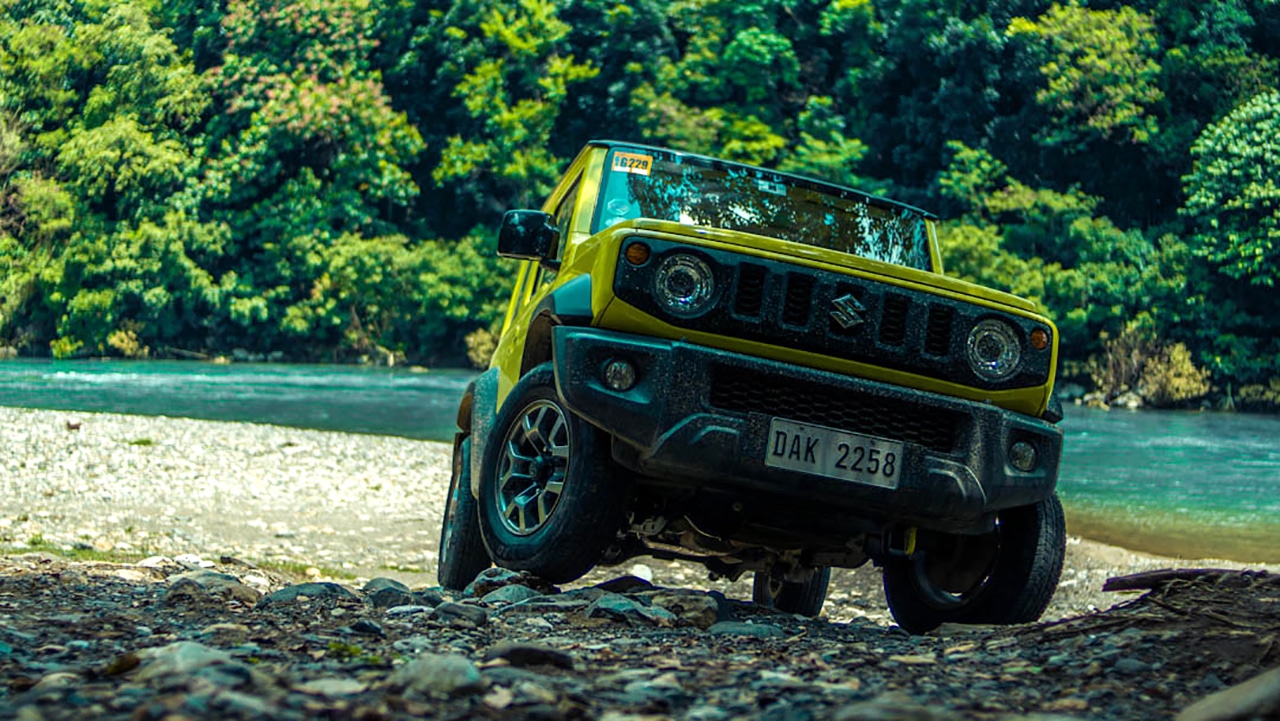 The 2019 Suzuki Jimny is probably one of the most anticipated 4x4s this year and is one capable off-roader in the market today. We were given the chance to bring the 2019 Jimny All Grip Pro to our favorite off-road testing grounds at Jungle Base in Tanay, Rizal — a renowned playground in the off-road community. 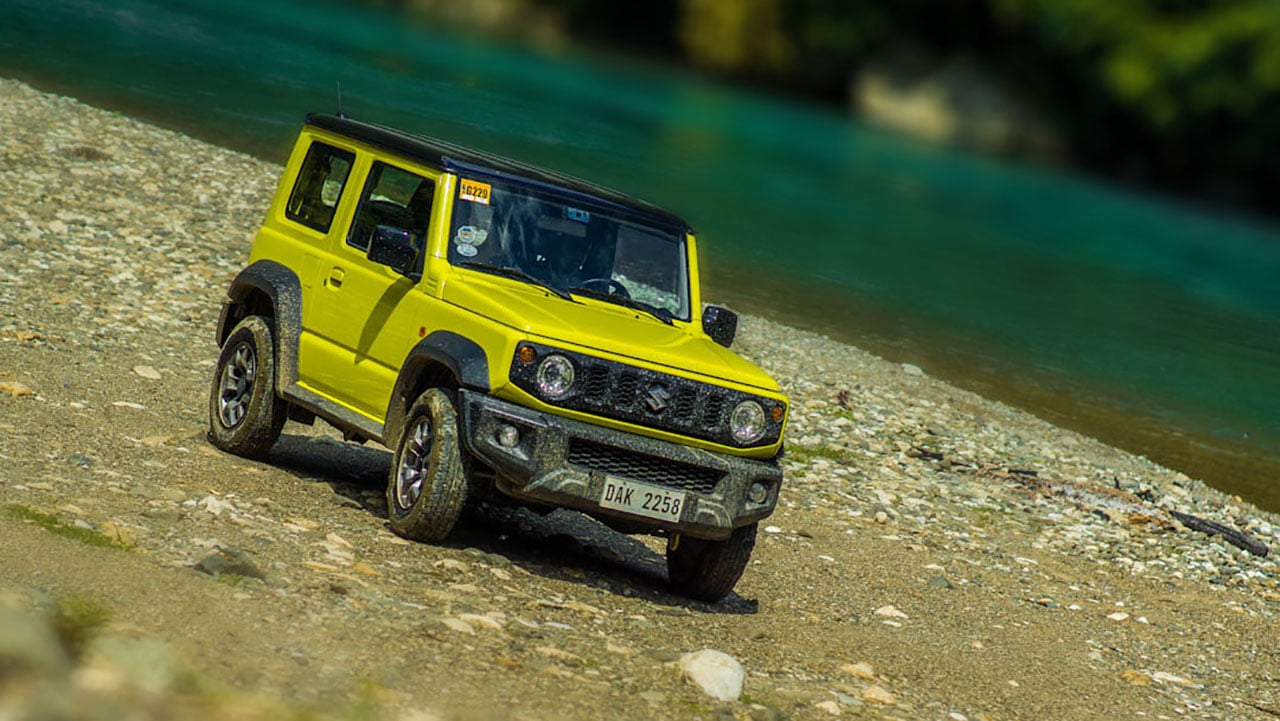 Let’s begin with the looks. The styling will not fit everybody’s taste. There is not much to look at with the exterior since it’s basically a box on wheels. Though it stays true to its styling heritage and looks more like a modern second-gen Suzuki Samurai. 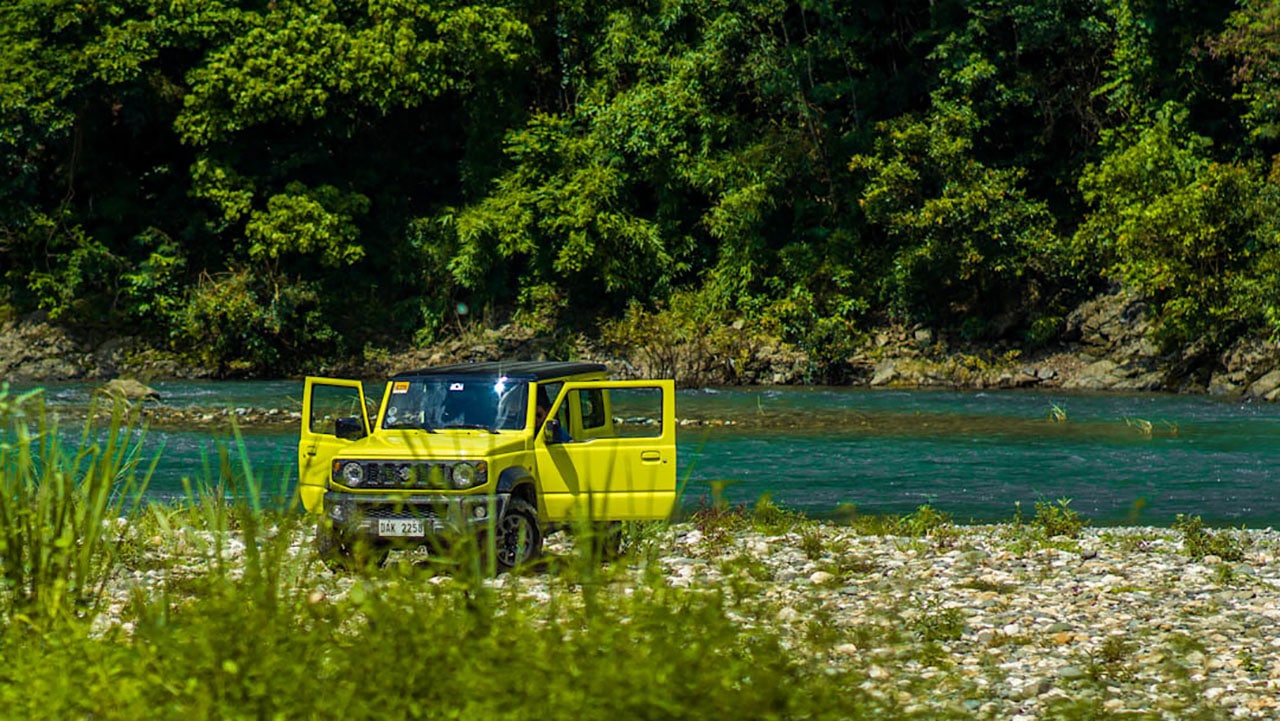 Personally, though, I like it. It’s simple, rugged, and I actually find it kind of cute. Being the way it is, there is so much potential to personalize it to your preference and needs and it excites me to see differently customized Jimnys on the road. It’s a blank canvas waiting to be modified. 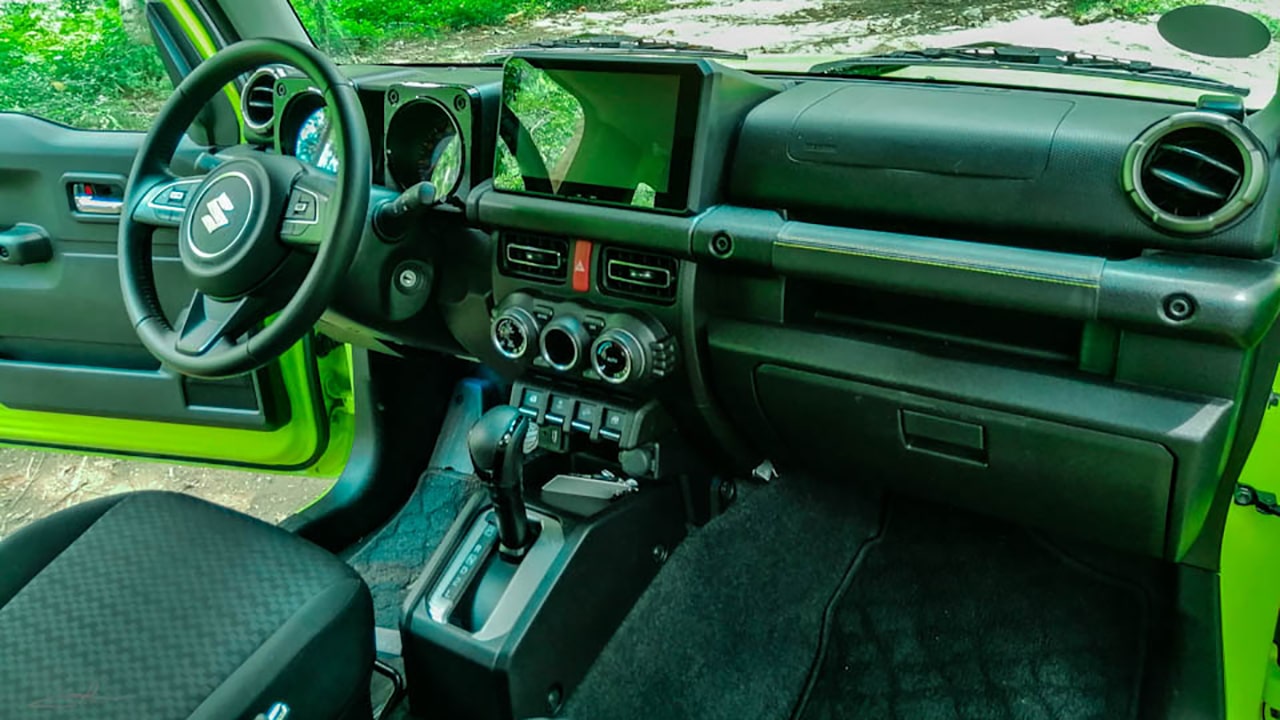 The interior is also pretty basic and really has no luxury features but we can easily overlook that since this small SUV is not built for luxury; it’s built to be tough. Mounted on the center is a very decent infotainment system. It spans nine inches across but it does not support Android Auto and Apple Car Play. 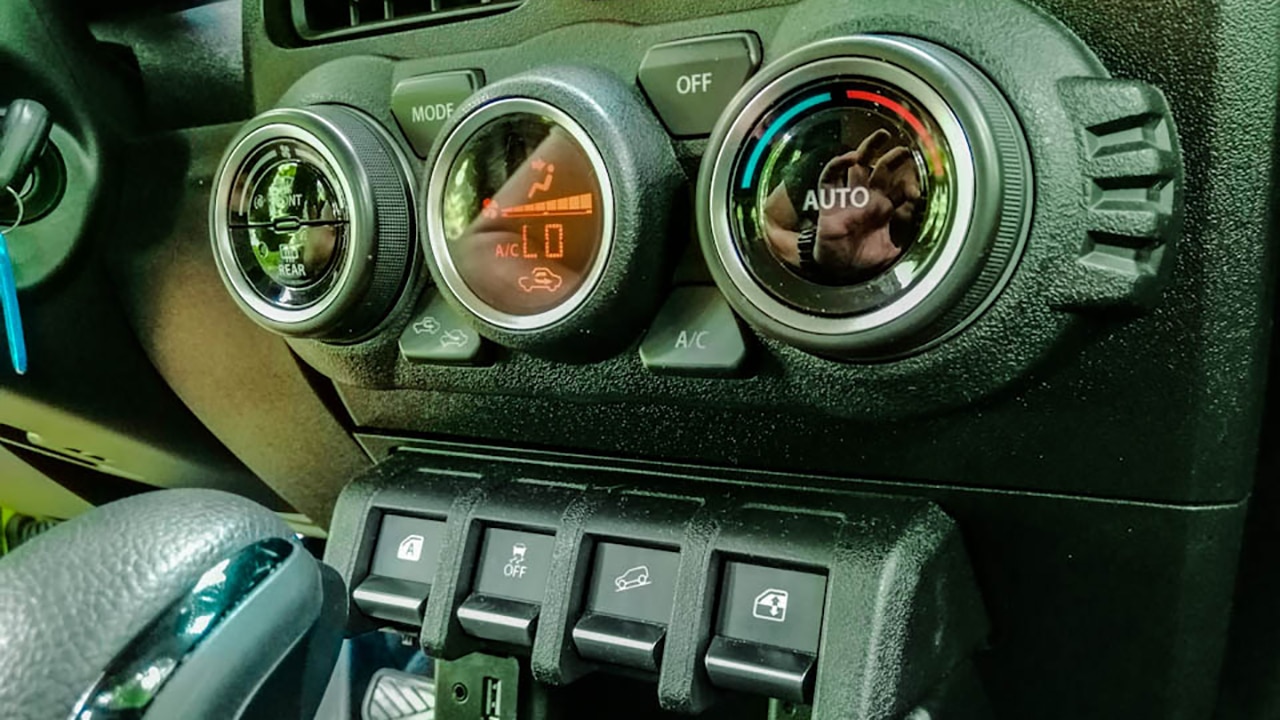 Other features include Cruise Control, Hill Descent Control with Hill Hold, Traction Control, and Power Windows. You have loads of headroom, decent legroom for the front but a bit cramped at the back. Seats are also fairly comfortable. 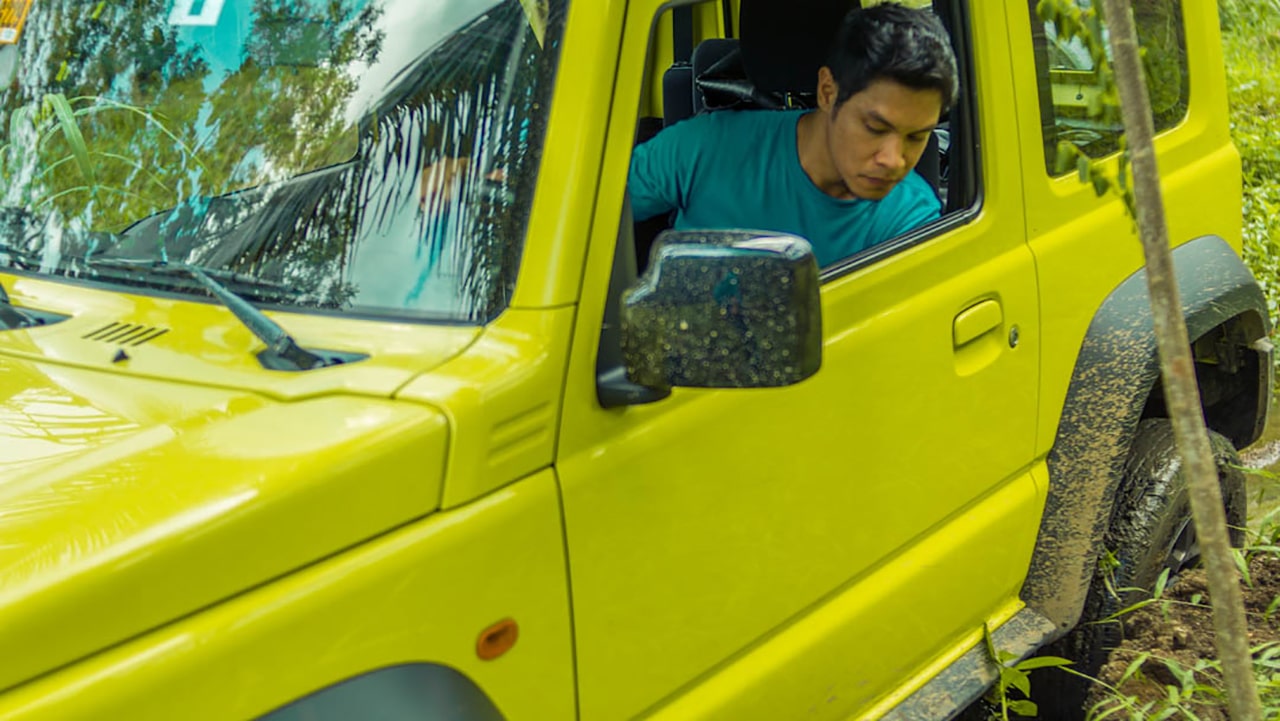 On a personal note, I really liked how the B-pillar is placed behind the driver giving you an unobstructed panoramic view of the side of the car — advantageous for offroading. 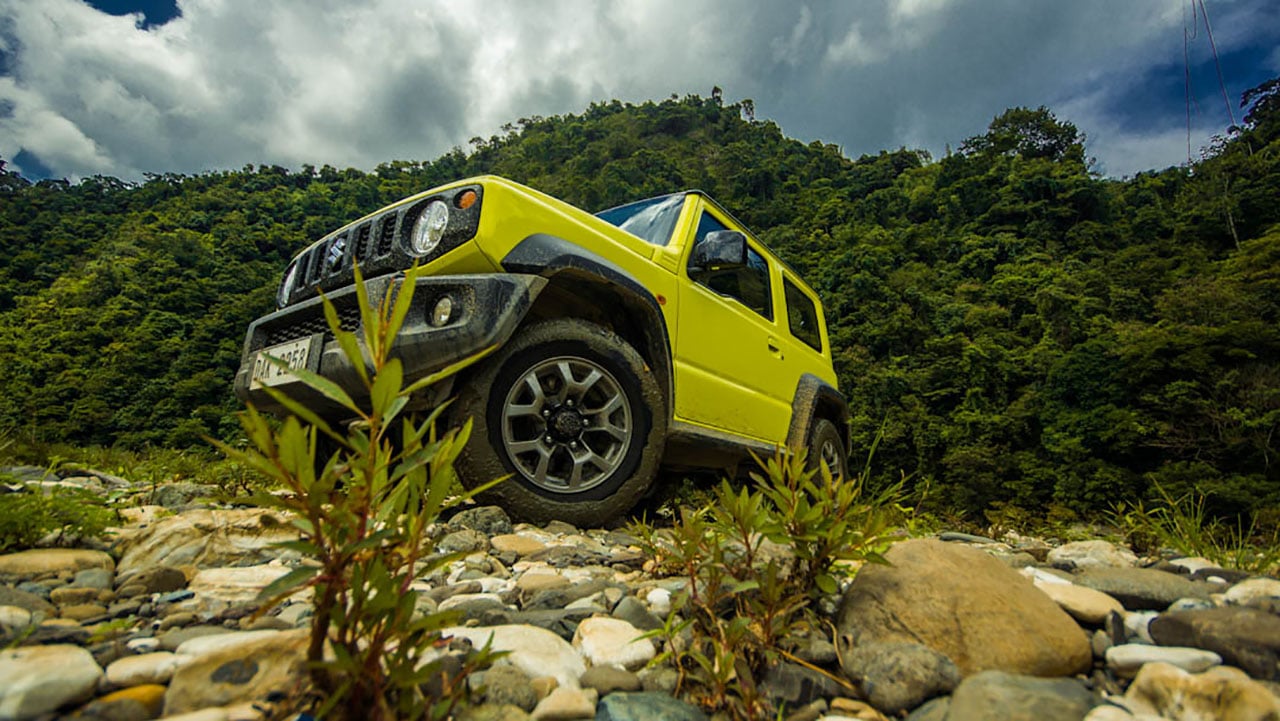 Driving the Jimny on paved roads felt bouncy and jiggly, while cornering had to be done carefully. Body roll is an issue and being a narrow and tall car, you kind of feel like you could roll when taking on tight corners with speed. It also struggles to gain speed even with a new and more powerful engine. This means you sometimes need to catch the right timing when overtaking.

No one will be buying the Jimny for racing, anyway, as speed is not its best asset. This car truly shines when the pavement ends. 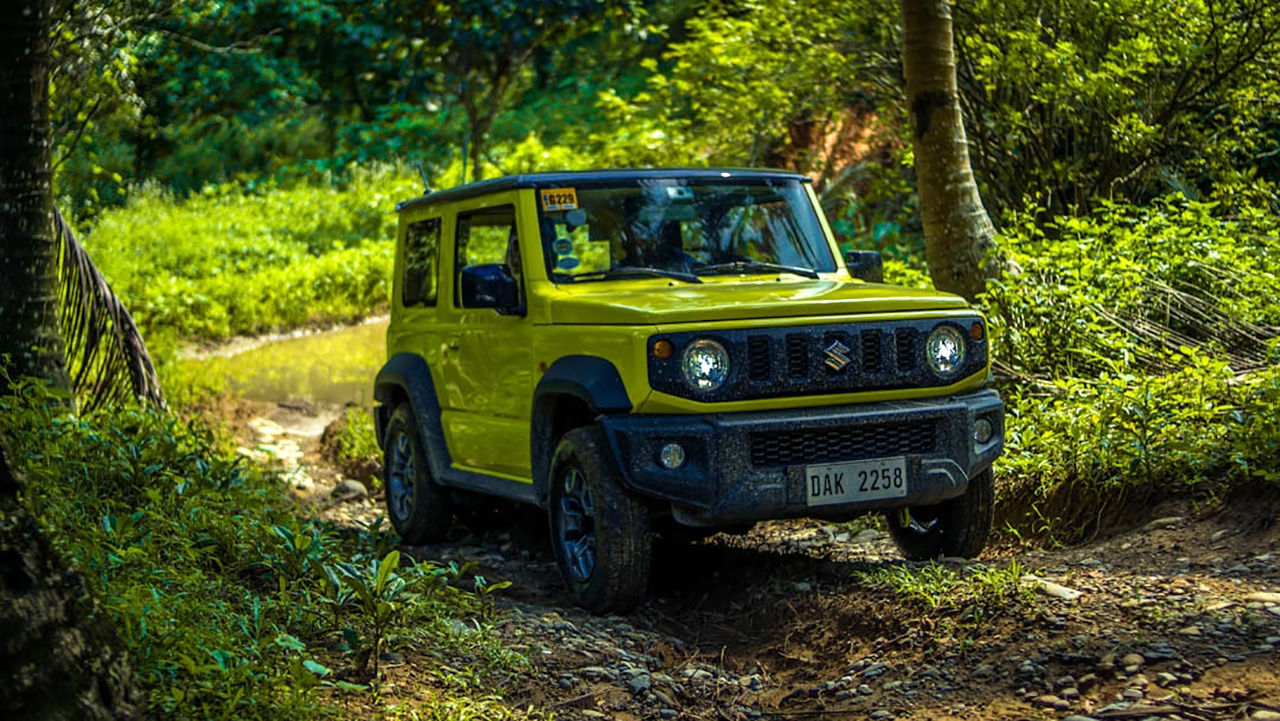 Once we got to the dirt road, we were amazed by how smooth it suddenly felt. Driving at around 40kph on soft gravel felt like driving on butter. It was unbelievably quiet and smooth, gliding through the trail and absorbing the bumps.

Switching to 4-Low when the trail got tougher impressed us even more. The little Jimny tackled large rocks, ditches, and mud effortlessly. Thanks to its trailing arm coil spring suspensions up front and at the rear, as well as its improved approach and departure angles, articulation was beyond impressive. 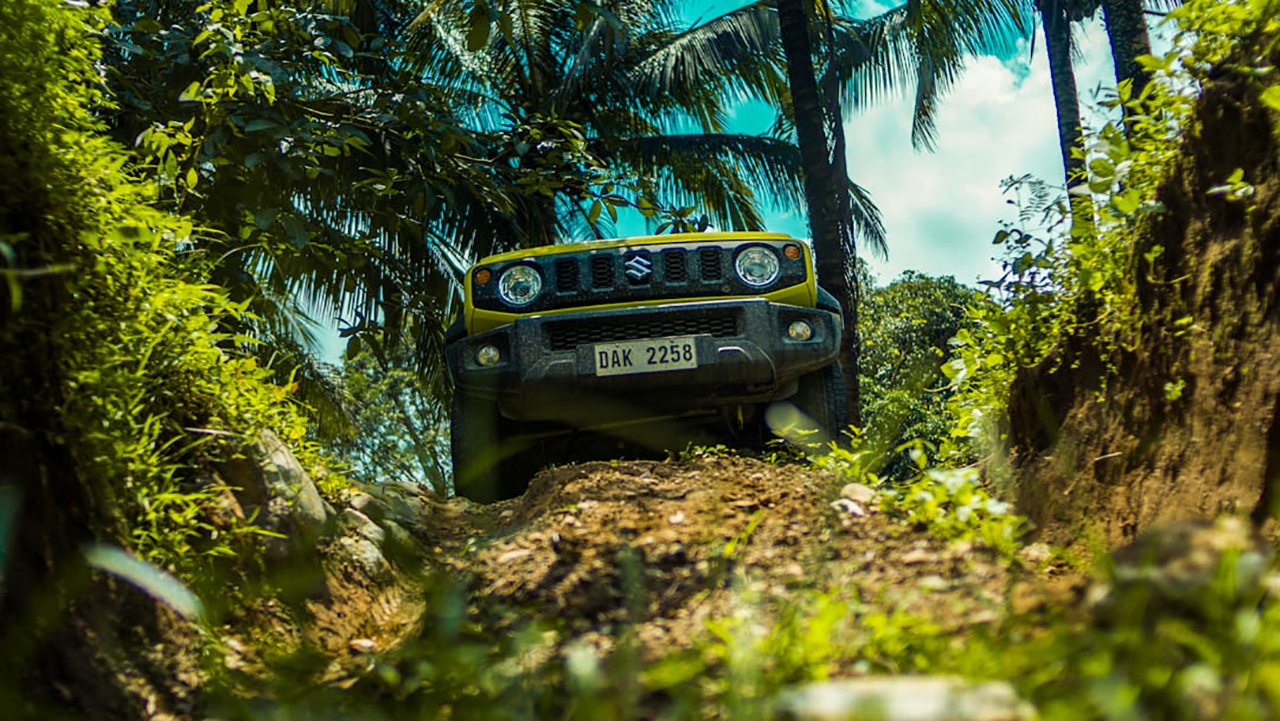 On paper alone, it even has a better approach, departure, and break-over angles than a stock Jeep Wrangler and I honestly did not expect that much wheel travel. 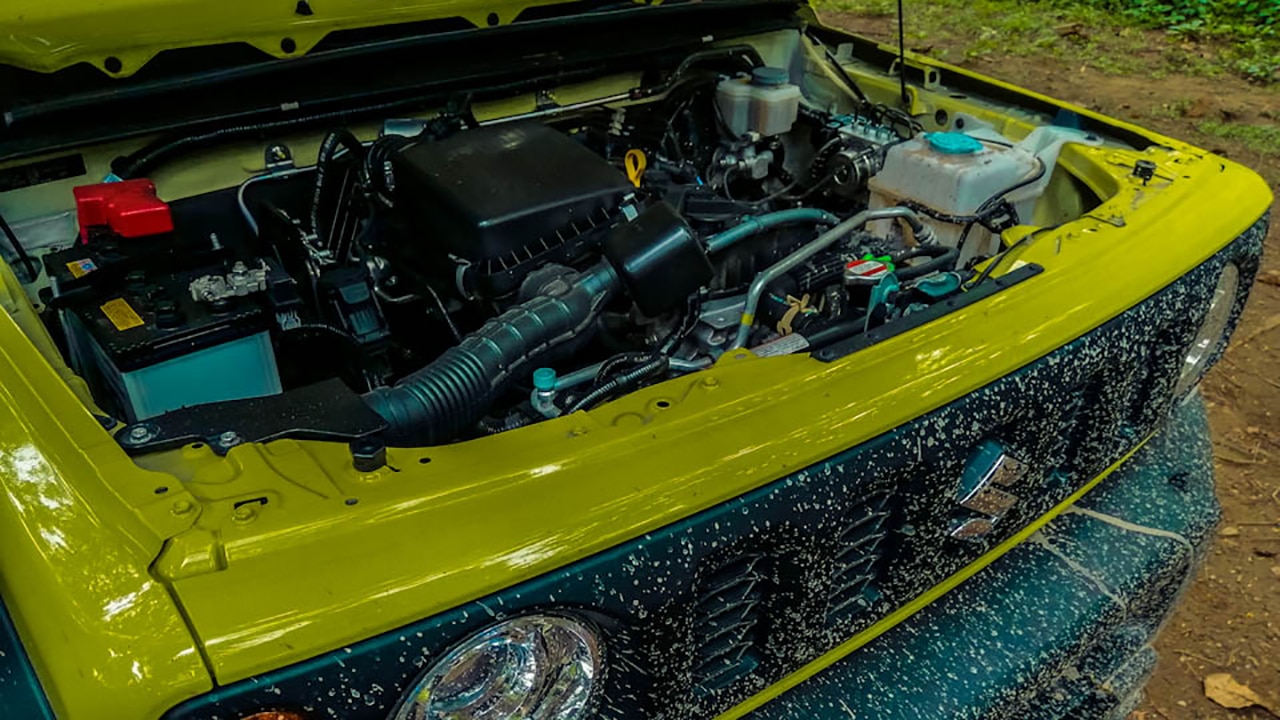 Its new 1.5-liter K15B DOHC VVT engine produces only 101 horsepower and 130nm of torque which may seem small. Although you have to remember this car weighs only a little over a thousand kilos giving it a better power-to-weight ratio than most SUVs out there. 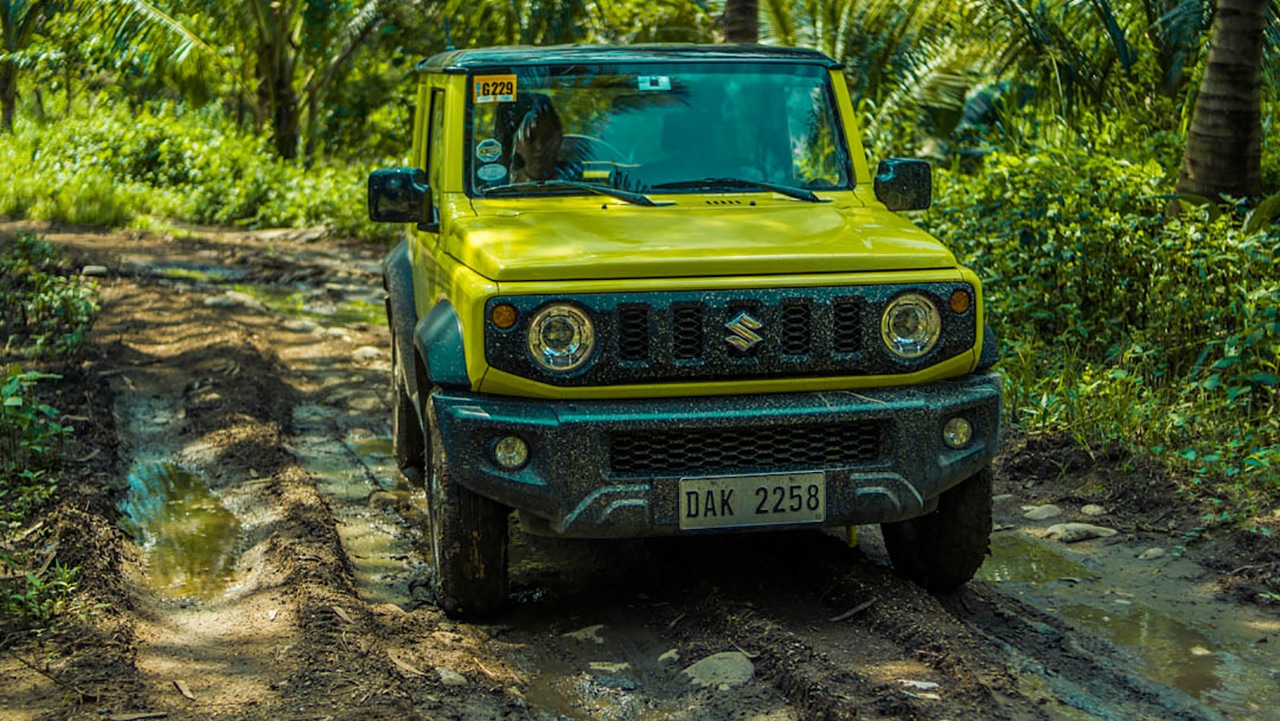 Even on engine idle speeds, this little monster on steroids crawls without even having to step on the throttle. It has solid axles both front and rear but it lacks any type of locking differentials. However, the vehicle will sense when a wheel is losing traction and will automatically apply the brakes to distribute power to other wheels. It’s not as good as differential locks but it will still get you going.

Its rigid ladder frame can handle any twists and uneven terrain without having to worry. Water wading is a downside, however. Being very light, the Jimny can easily be swept away in strong currents when river-crossing and is highly discouraged. Rollover angle is also very limited since it’s tall and narrow, but not to worry as you get a digital clinometer display to make sure you don’t exceed the limits. 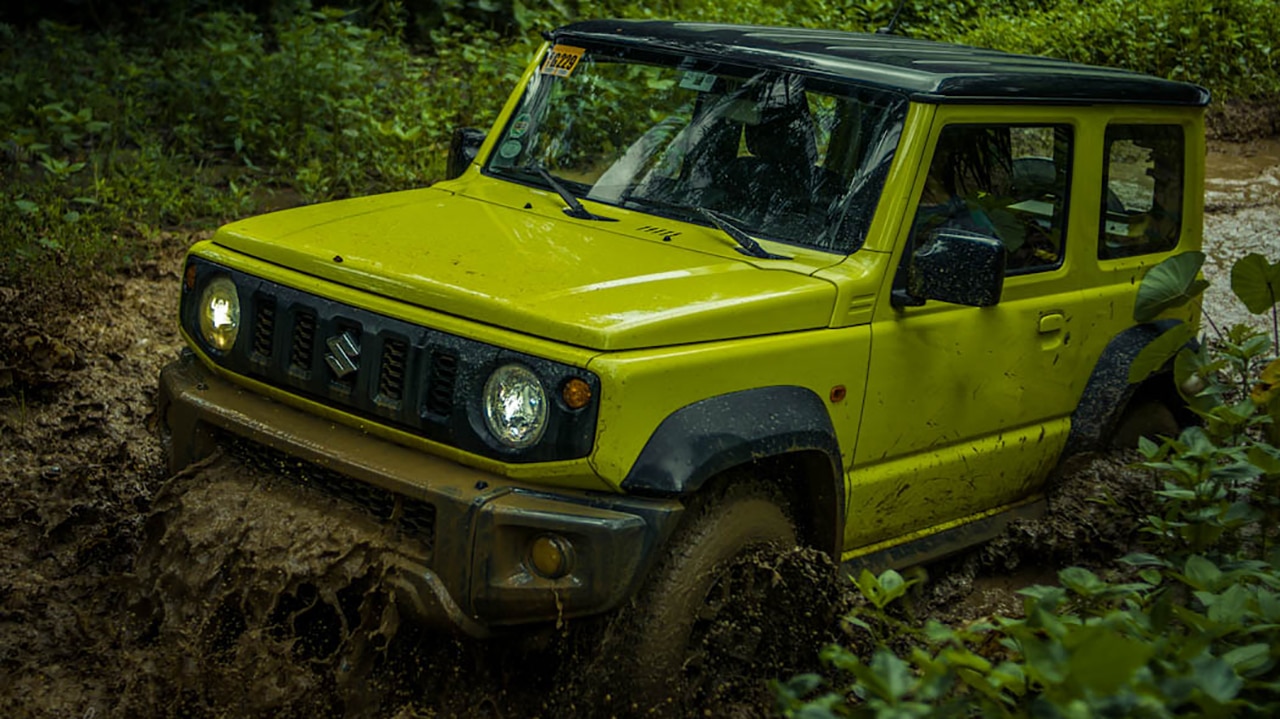 Priced at PhP 1,095,000 pesos for the GLX All Grip model, the Suzuki Jimny is probably the most affordable off-road SUV that is truly capable. Now that I’ve driven and tested it, I want one for myself more than ever. It’s extremely fun, tough, efficient and I highly recommend it. 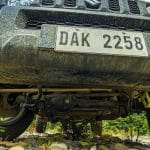 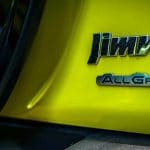 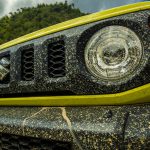 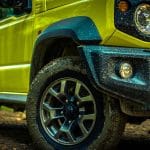 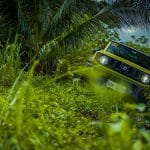 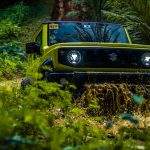 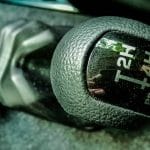 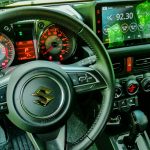 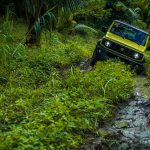 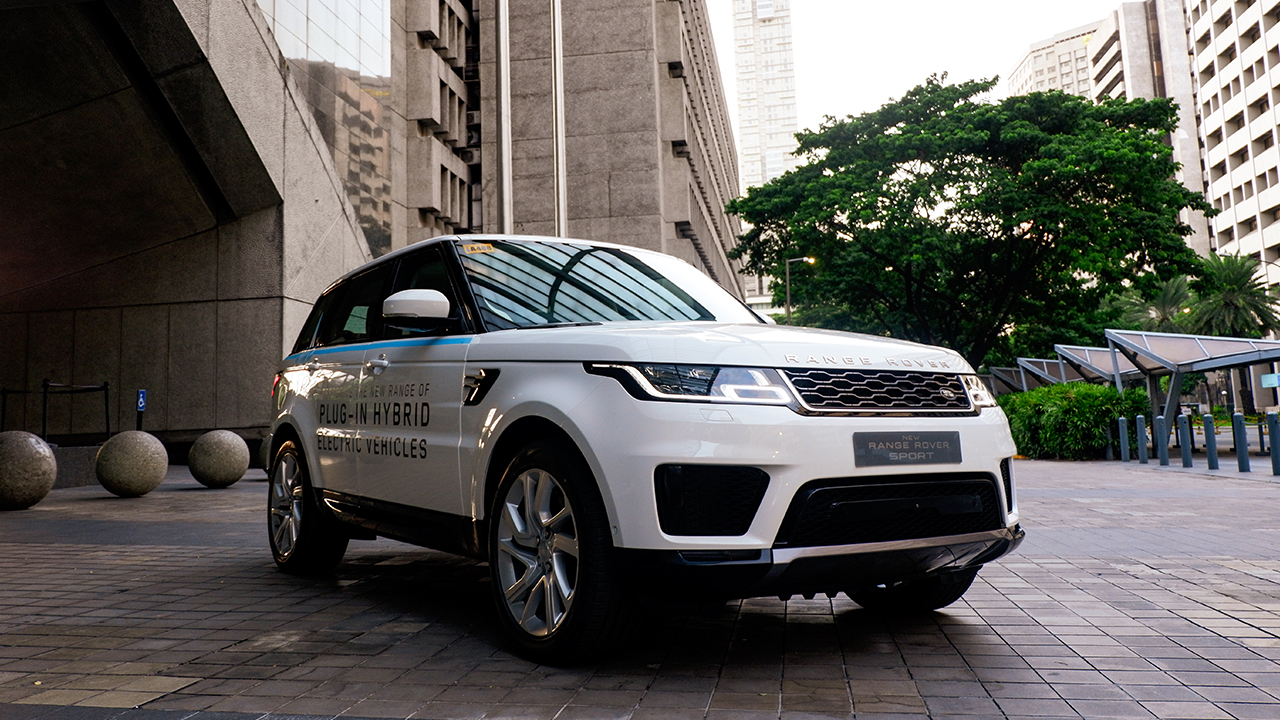 When you think of electric vehicles, you’re usually thinking of city driving or, at least, travelling through city roads. However, the electric vehicle segment has already developed cars that can traverse all types of terrains.

The plug-in hybrid electric vehicles (PHEVs) sport a 2.0L Ingenium turbocharged petrol engine complemented by an 85kW electric powertrain, churning out 404ps of horsepower and 640Nm of torque. Both engines have a 0-100km/h time of just 6.7 seconds. Both also have a top speed of 220km/h.

Either model will come in two modes: Parallel Hybrid mode and EV mode. The default Parallel Hybrid mode will use both the petrol engine and the electric motor to power the vehicle. In doing so, the vehicle can optimize usage of both engines, complemented by a smart computer analyzing driving conditions and destinations. Meanwhile, the all-electric EV mode will allow for a quieter, no-emission drive.

Both models come with a 13kWh Li-ion battery that charges from empty in just 2 hours and 45 minutes. Both are covered with an eight-year, 160,000-kilometer warranty for when the battery dips below 70 percent health.

If you purchase either model, Land Rover will bundle a free Type 2 7kWh wall charge. However, you’ll still need to pay for installation fees outside of the price tag. The carmaker will evaluate households if their homes are compatible with installation.

Two motors to power through the week 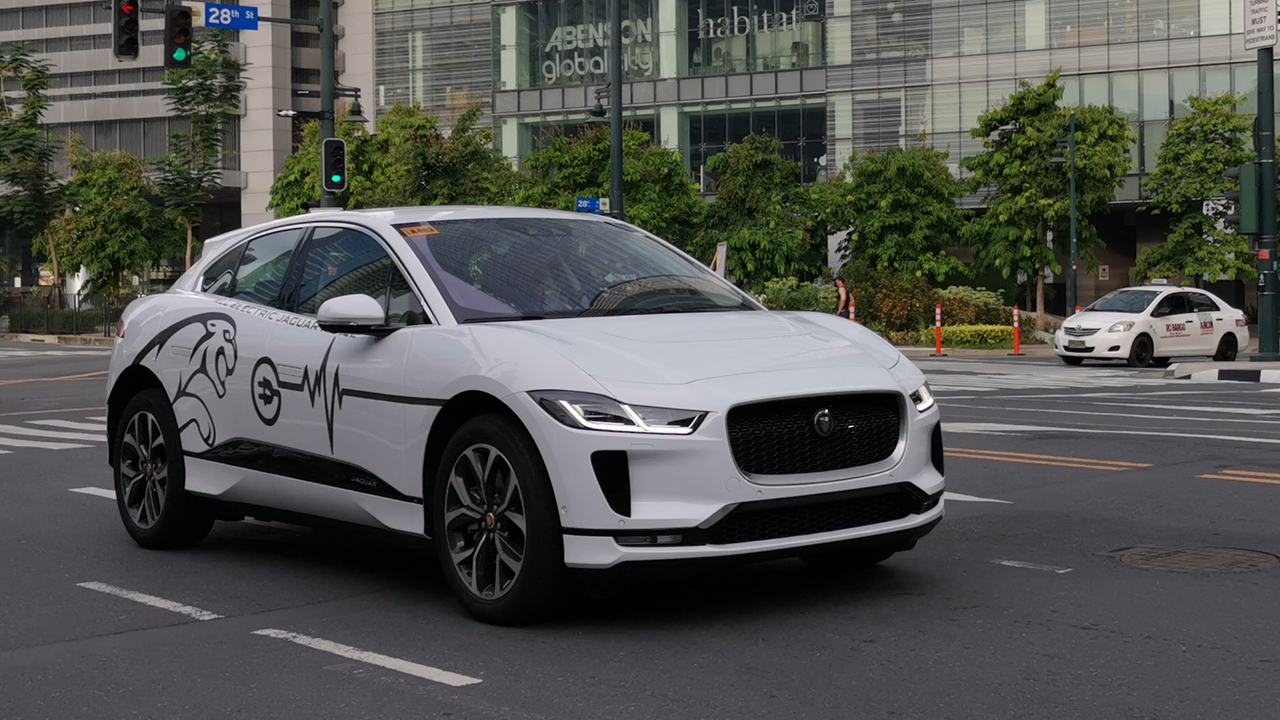 In today’s tough times, an electric vehicle presents one of the most economic decisions when it comes to travelling around the metro. Besides an incredibly quiet drive, powering an electric vehicle is more affordable than chugging through liters of fuel every week. Unfortunately, the problem is still the same: the lack of infrastructure.

Sporting 400ps of horsepower and 696Nm of torque, the I-PACE can effectively use 97 percent of its electric power, compared to a paltry 70 percent in traditional electric powertrains. Further, Jaguar boasts a 0-100km/h time of just 4.8 seconds, thanks to two motors under the hood. The company will also ship software updates over the air, preventing the need to visit service centers all the time.

With its 90kWh battery, the vehicle can drive up to 470 kilometers, a perfect distance for driving around the city. Charging from empty will take 12 hours and 48 minutes. Of course, since drivers won’t usually drive the maximum range every day, a weekly charging time should be enough.

The I-PACE comes with a future-proof 11kW on-board charger. Further, Jaguar is bundling a Type 2 7kW wall charger for households. However, the price tag doesn’t come with installation costs. The company will assess the homes of those interested in the electric vehicle, especially to accurately price the car. In any case, the battery comes with an eight-year, 160,000-kilometer warranty for when the battery dips below 70 percent health.

The all-electric Jaguar I-PACE will start at PhP 7,590,000, pending installation costs. The first charger will come with the price, but a second one will cost an additional PhP 105,000. 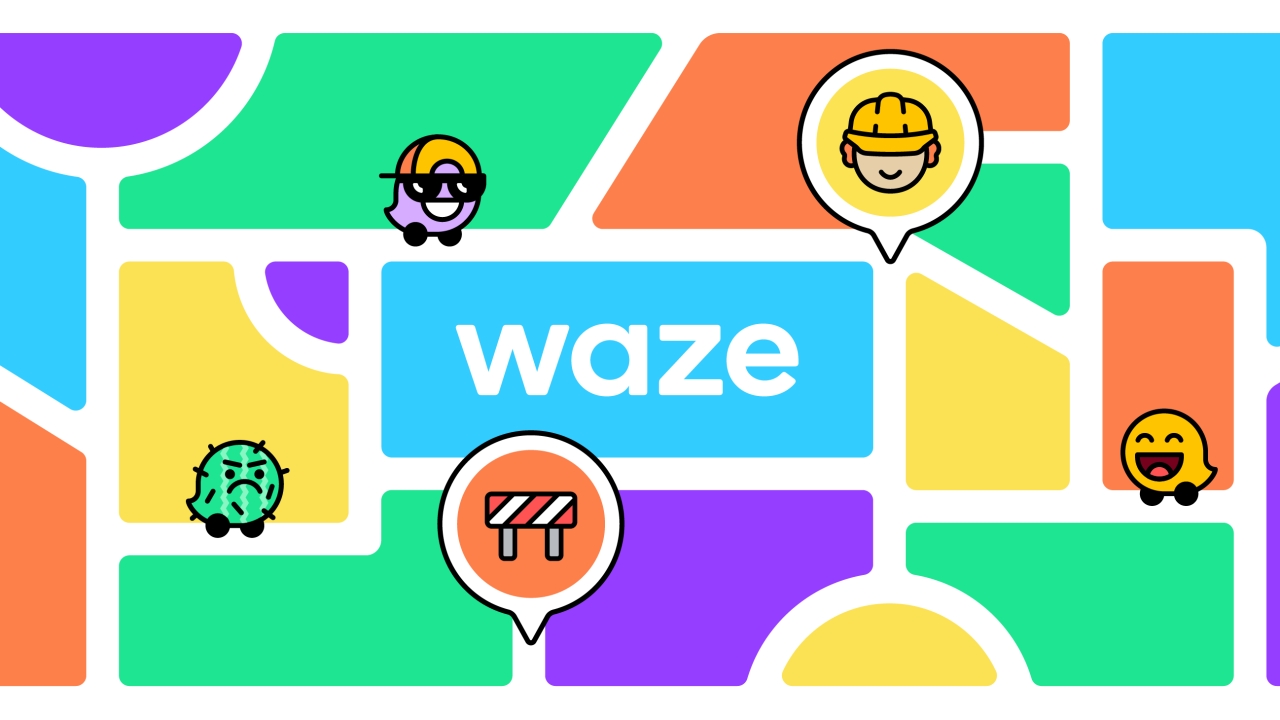