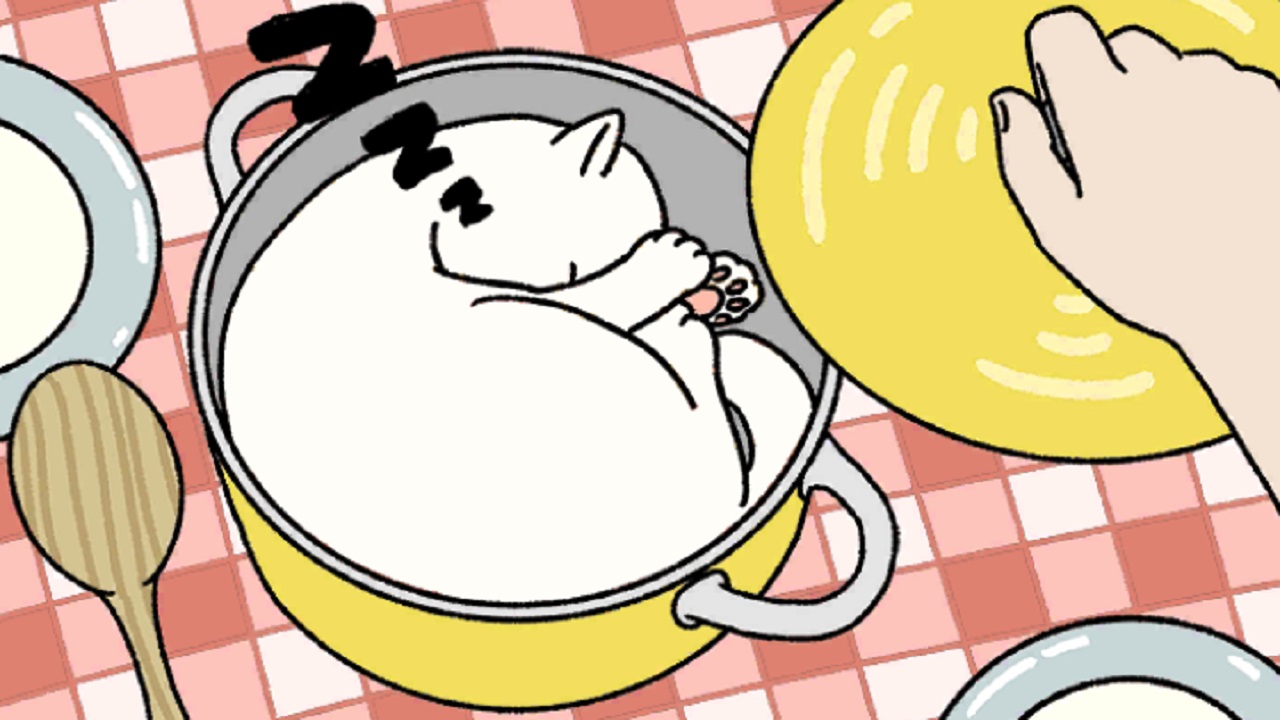 I have to preface this article with the fact that I struggled a bit to write it because I was mainly obsessing over the tiny details of my home in AdorableHome. I can’t stop and I need help. Being assigned this article was a bit of a mistake considering I have a tendency of fixating over details with games like these. I want everything nice to fill the void that is the impossibility of all this being ever real in my lifetime.

It’s everything I need to escape my miserable life. Jokes aside, AdorableHome is a cute simulation mobile game developed by HyperBeard. The game seems to be a tip of the hat to Neko Atsume by Hit-Point Co., Ltd. with cats being the surrounding theme. 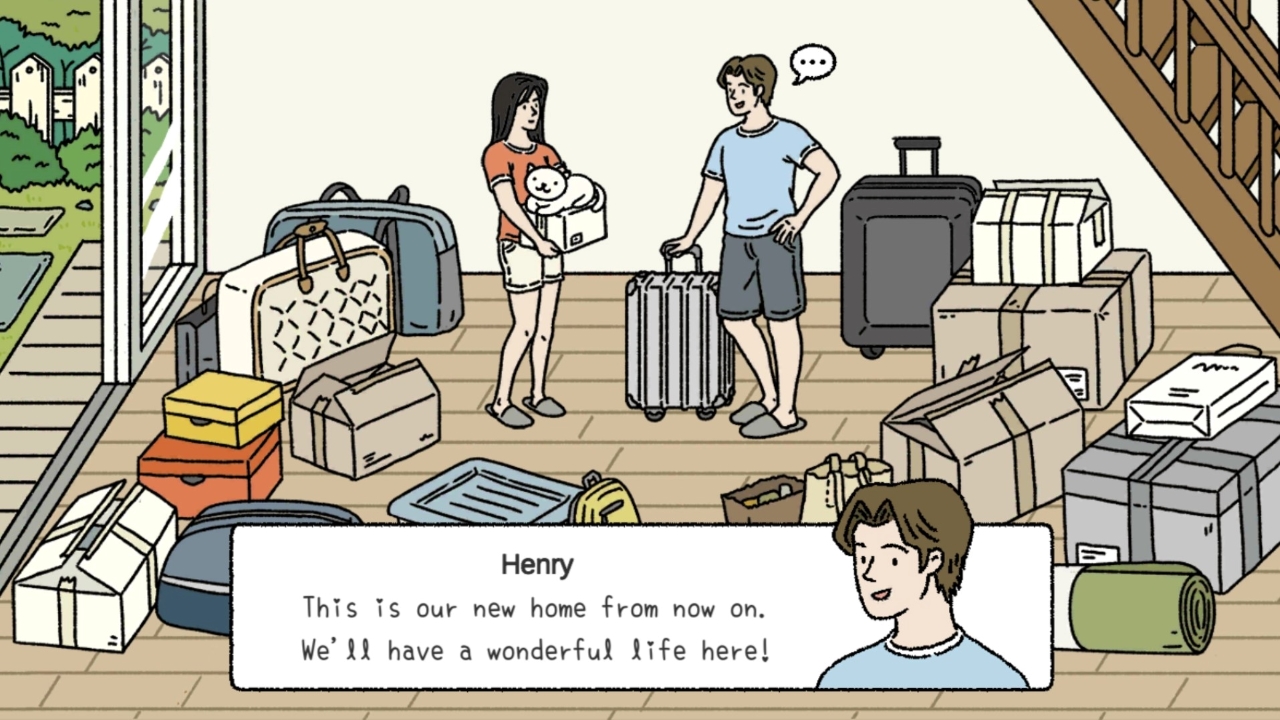 The game starts off with you picking out your character and your partner. It’s lovely to see that the developers didn’t pre-select your partner to be exclusively the opposite sex. You begin with just having moved into a new flat with your partner with your charming cat. 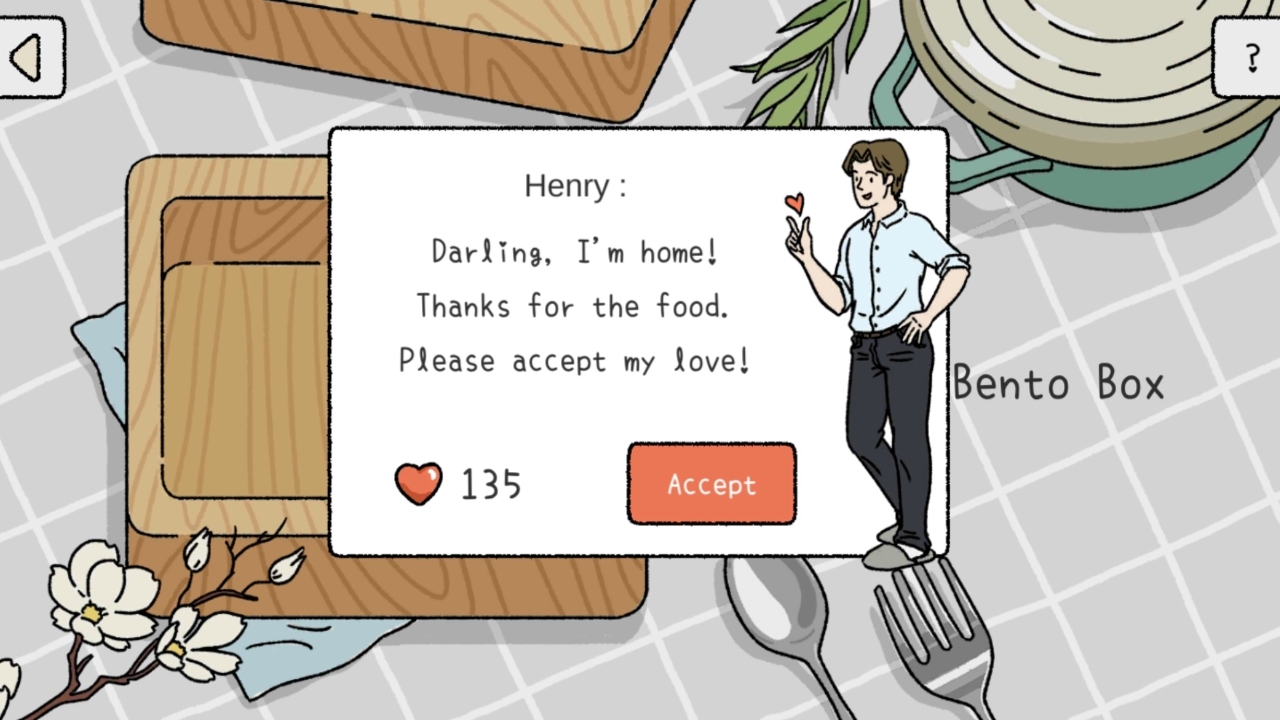 “Baby, don’t hurt me. Don’t hurt me, no more.” Back to the game. It’s interesting. It doesn’t really stop at having cats dominate your home. AdorableHome lives up to its name quite literally. The currency of the game is “Love” which you can obtain by tending to your cat: feeding, petting, and grooming. And, it doesn’t stop there.

The game has you prep a bento box for your partner and you earn “Love” from that too. Similarly, cute elements give collectable love: the weather, lucky TV shows, and visitors. 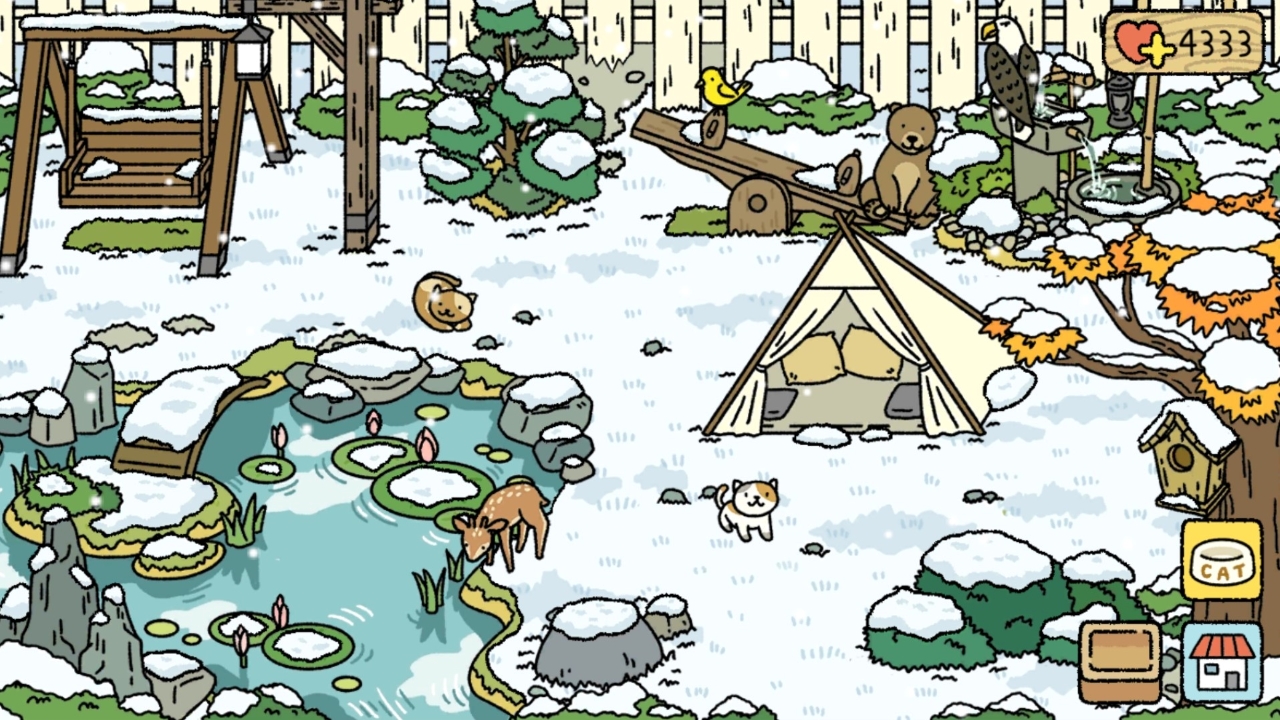 Cats aren’t the only catch

I think the thing that got me hook, line, and sinker into this game is the fact that you get to furnish and design the home you moved into. There’s just so much decorating and styling on top of taking care of the cats and it just incentivizes making sure the cats are taken care of.

I mean, I spent almost half an hour making sure the garden looked great. But, there’s more reason to switch out and jazz up every room you have access to: visitors. 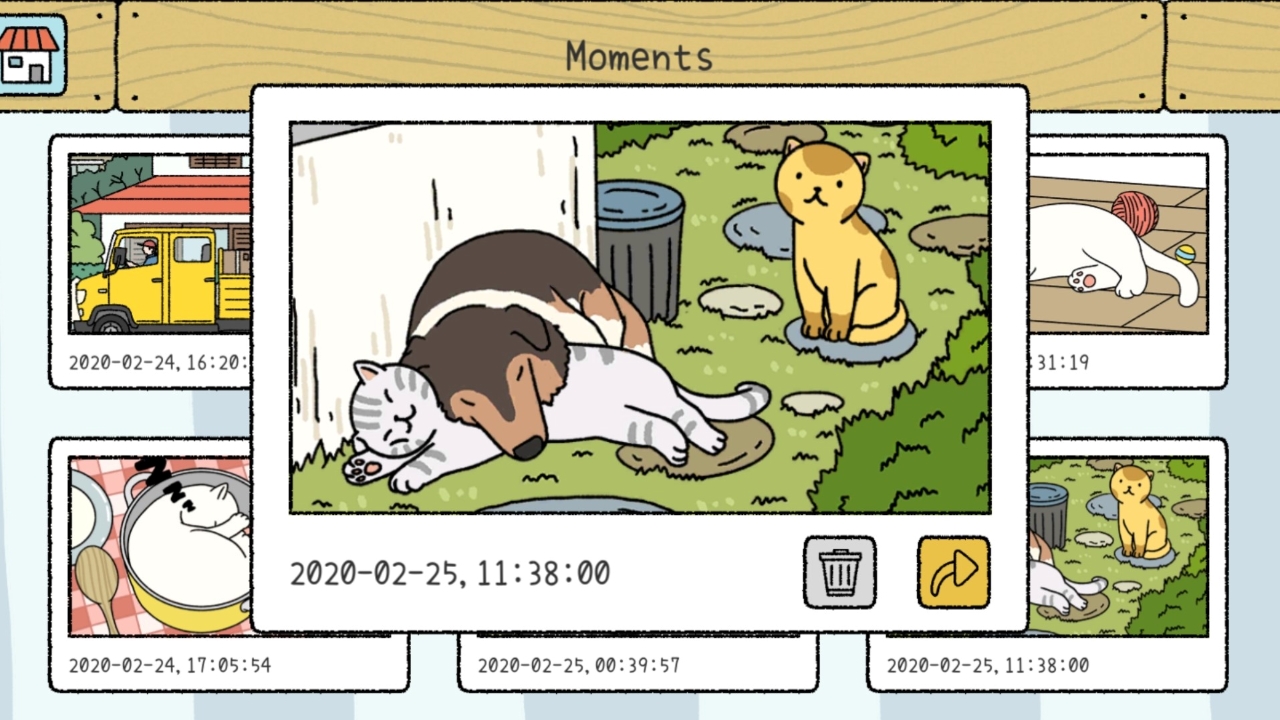 Once you expand to the garden, you quickly encounter other adorable animals. Which brings me to another thing that makes you check the game every now and again: the silly animals that show up and the memories.

When you sometimes launch the game, it asks you to take a photo which then is transferred to a photo album that shows every sweet or silly interaction. On top of that, there’s just a quirky bunch of animals that visit your home. They appear and disappear at random but, it’s fun to spot unlikely creatures hanging around your home. 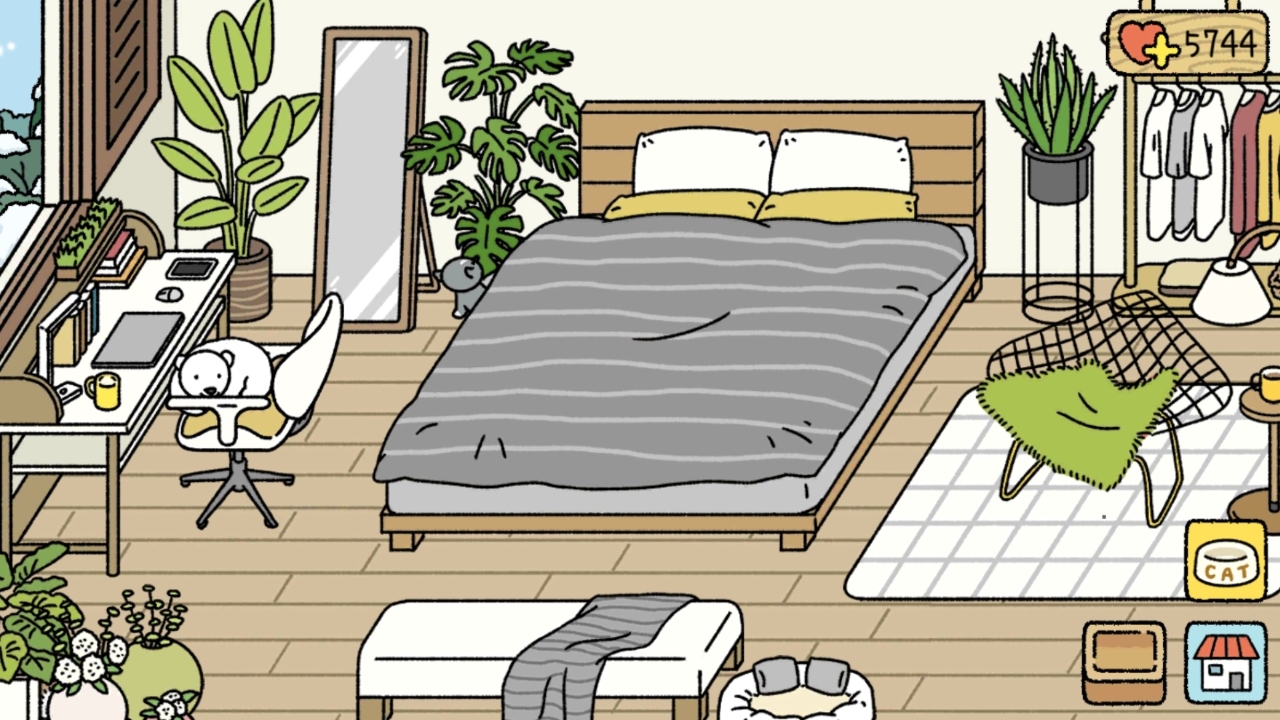 There is a polar bear on my desk chair. A POLAR BEAR. Okay, game, okay.

AdorableHome is a twinge deceptive with its simplicity. The game doesn’t just highlight the collection of cats in your household. It strangely brings to light the responsibilities that having a pet entail. The game goes into lengths to have you feed, pet, cut their nails, and bathe them.

Granted the game does lend an unrealistic number of times to which you tend to their needs, it does try. A detail that I love and hate about bathing the cats in the game is maintaining the temperature at warm, not scorching nor cool. 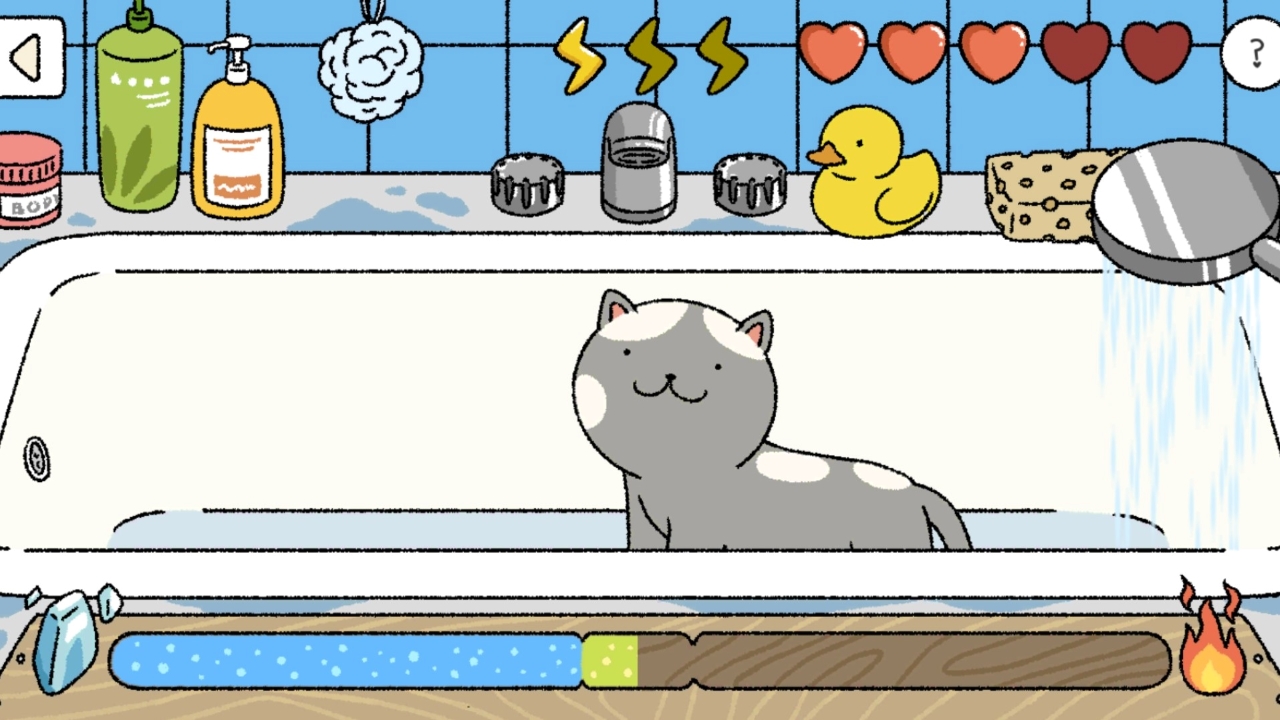 Cheats and ways to get the good good

Syke! Don’t cheat boys, girls, unicorns, and dragons. Unless you want to take away all the fun of the game then, go ahead. Anyways, playing this game sort of came at a serendipitous time. I’ve been thinking of adopting a pet for a while. I love animals, reptiles included.

I did, at some point, even saved up to get a bearded dragon but, you get the point. It’s been a point of contention to get a pet. I haven’t been sure if I had stable finances to care for a kitten or a pup. But recently, I’ve managed to save up after getting off my antidepressants. 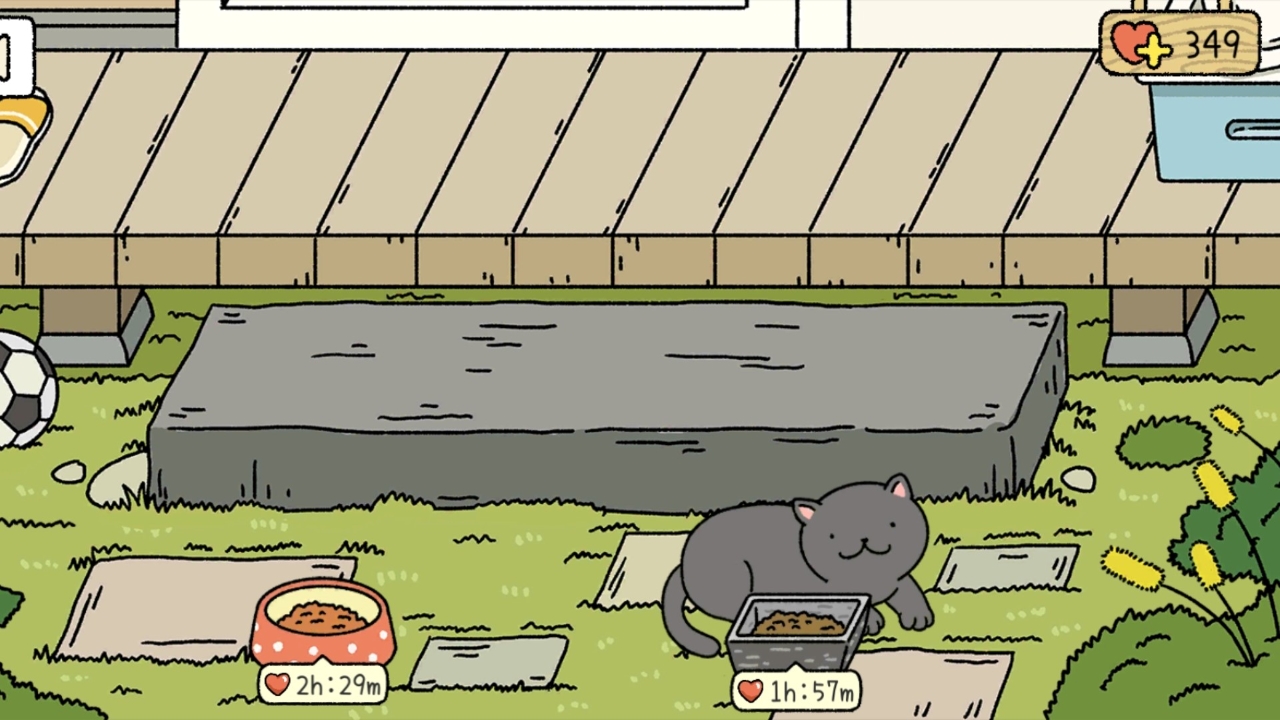 Long story short, I’m looking to adopt a cat soon. Where I live, security has been chucking cats and kittens into sacks for disposal so, I figured it was high time I took a cat safely home.

From this process, I’d come to realize the value in adopting over shopping. I grew up surrounded by a good bunch of both adopted and bought pets. Taking care of both was equally fulfilling but I think that shifts when you realized the attention and affection you give to an adopted pet. 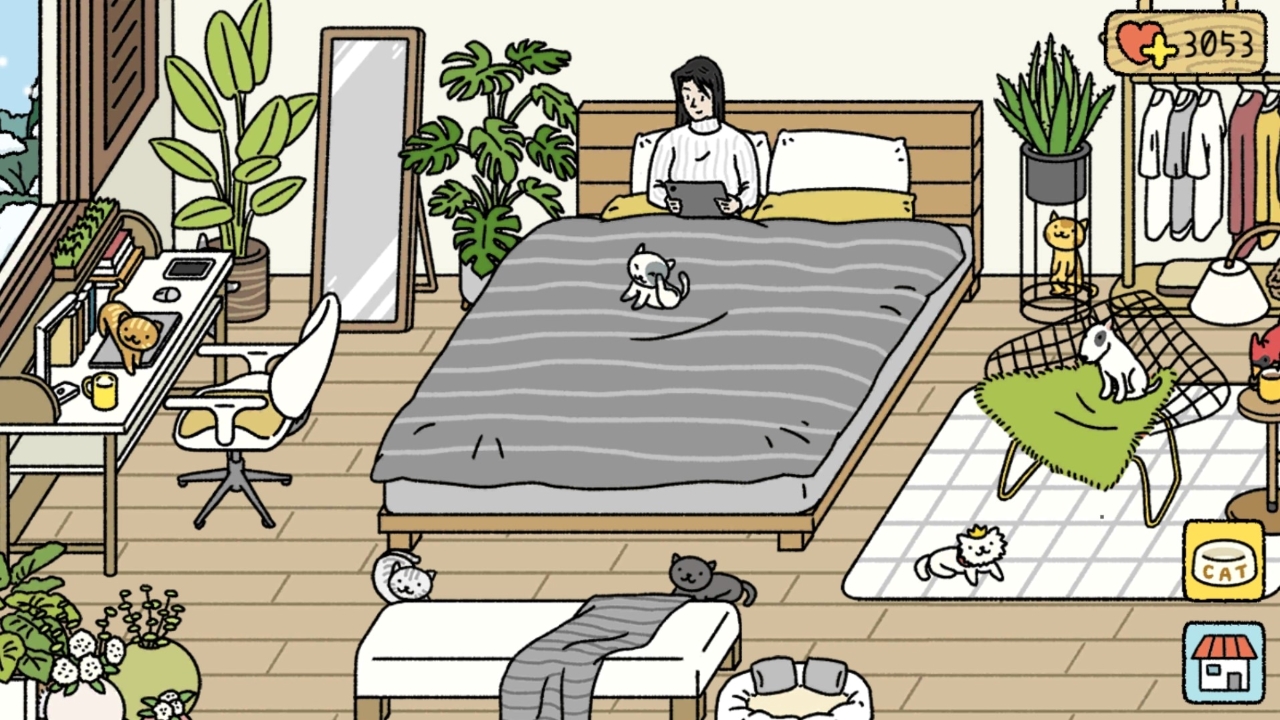 Most pets set for adoption have gone through some form of mistreatment. And, that’s not to say, all of them have. I know some pets up for adoption are well cared for and that’s what the caretaker or owner ultimately wants: a loving home. So, establishing boundaries and hurdling through some trauma, I think it’s safe to say adopting can be a bit more challenging yet, even more fulfilling.

If you’d like to give this game a go, AdorableHome is available only on GooglePlay for Android (for now).

5 Memoji-inspired outfit ideas: His and Hers 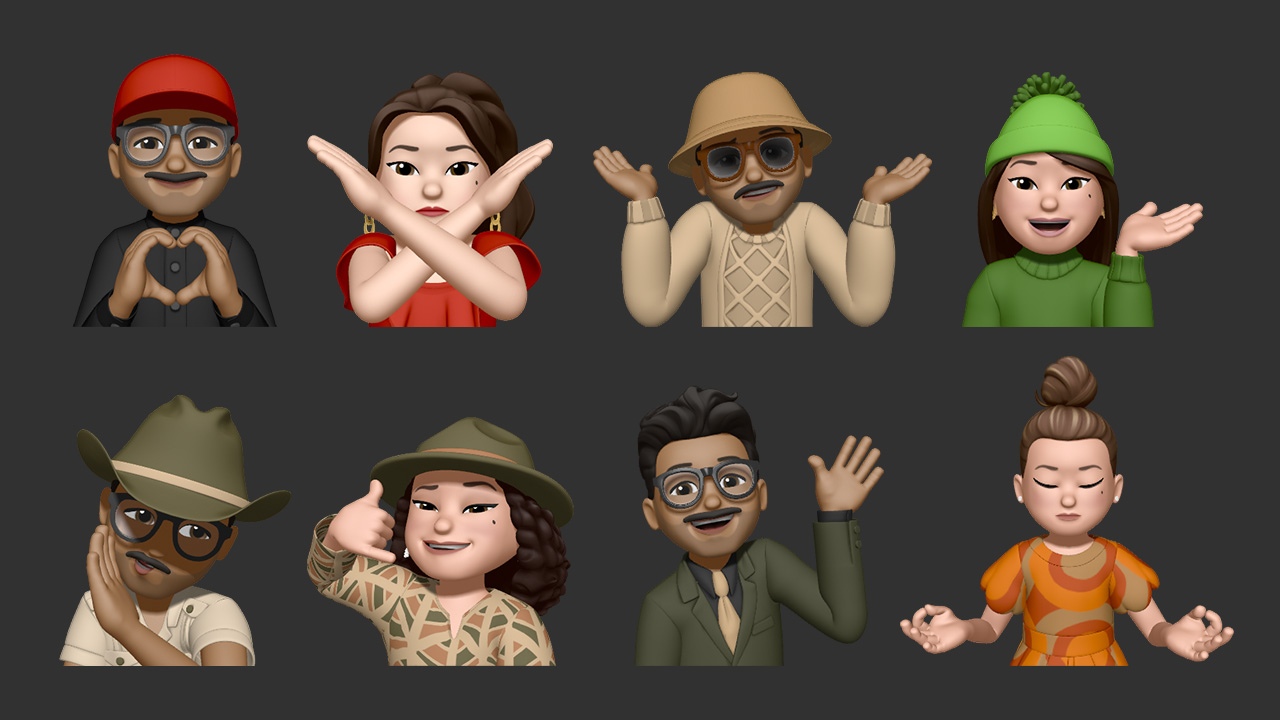 Unveiled at this year’s Worldwide Developers Conference keynote are new customization options coming to Memoji on iMessage, including a much-awaited feature: outfit selection.

In 2019, Apple rolled out the most significant Memoji customization update. That year, users were able to apply makeup, change hair color, wear piercings and jewelry, and pick from different styles of headwear and glasses. The only thing missing was being able to choose clothing.

If you have the public beta of iOS 15 installed, you can now virtually play dress up and plan outfits for those trips you’ve been dreaming of and activities you’ve been deprived of after a year of quarantine. 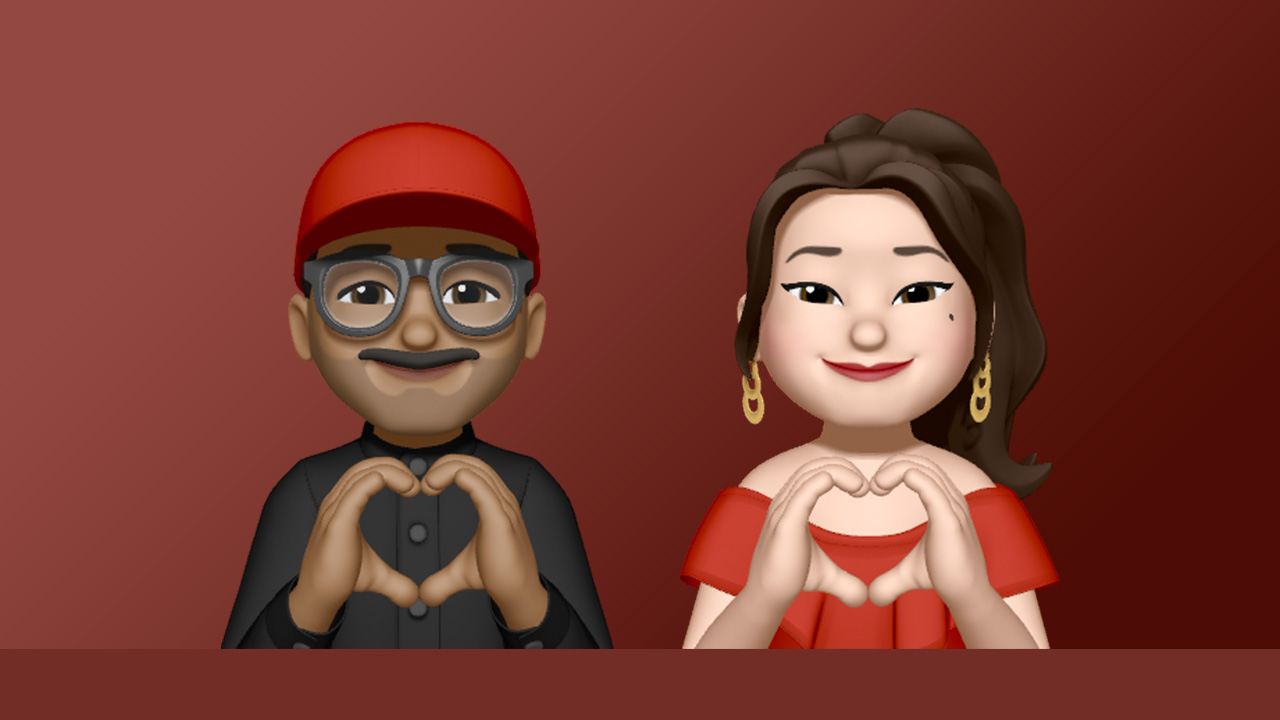 Who doesn’t like dressing up for a romantic date that will take you from a dinner at a restaurant to a cocktail or two at a speakeasy? Changing out of pajamas can do wonders to your mood.

His: a crisp long sleeved button down and his favorite hat

Hers: a flirty dress and statement earrings

#2 Stroll at the botanical garden 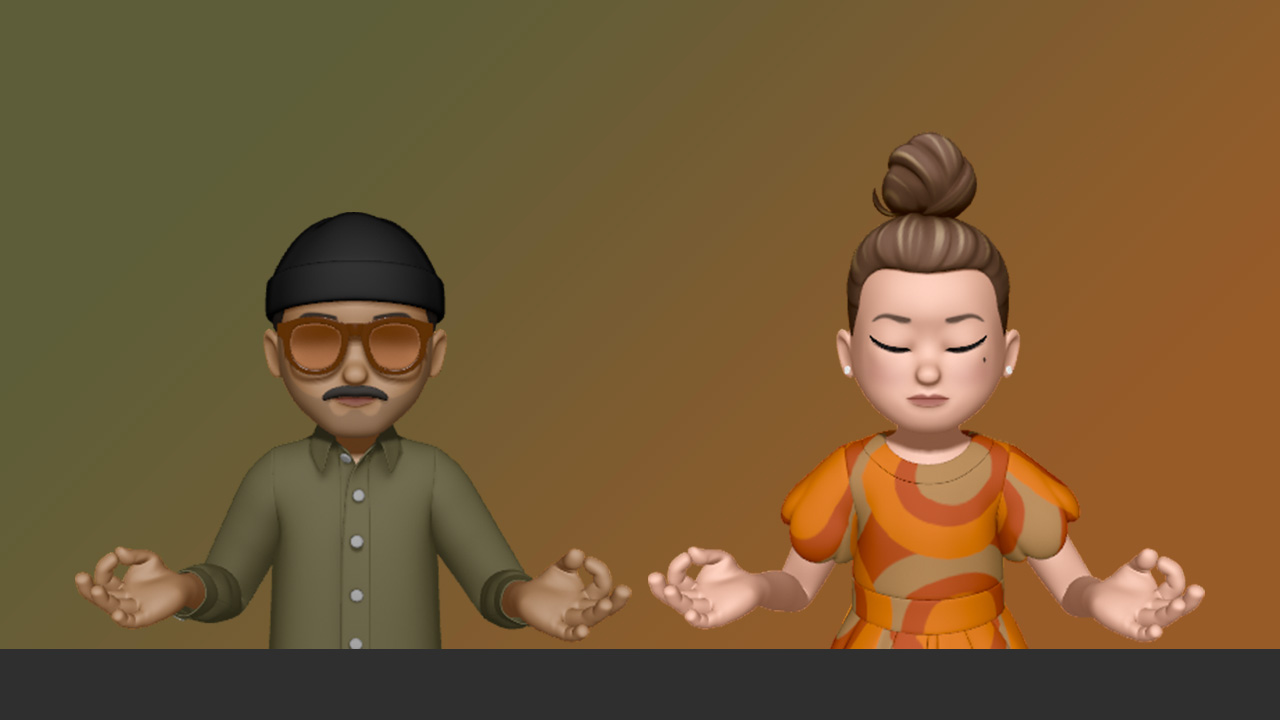 Has your apartment turned into a mini greenhouse with all the indoor plants you’ve adopted? Driving to the nearest botanical garden will either make you feel zen and content, or convince you that your plant collection is insufficient.

His: a breezy shirt and a pair of sunglasses

Hers: a colorful sundress and a top bun 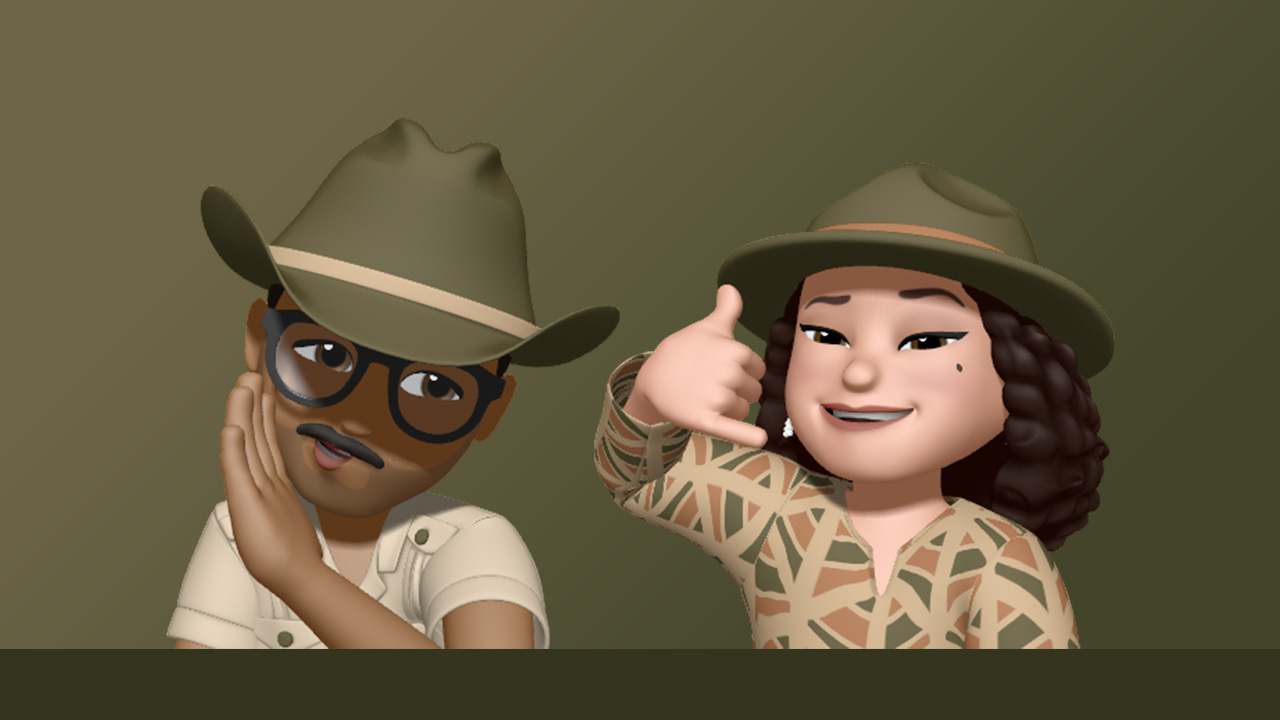 If there’s anything we learned about ourselves this past year, it’s that we all desire to be out in nature from time to time. A safari trip might not be realistic right now, but no one’s stopping you from imagining one.

His: a two pocket utility shirt and a cowboy hat

Hers: a loose tunic and a fedora

Sunny weekend at the beach 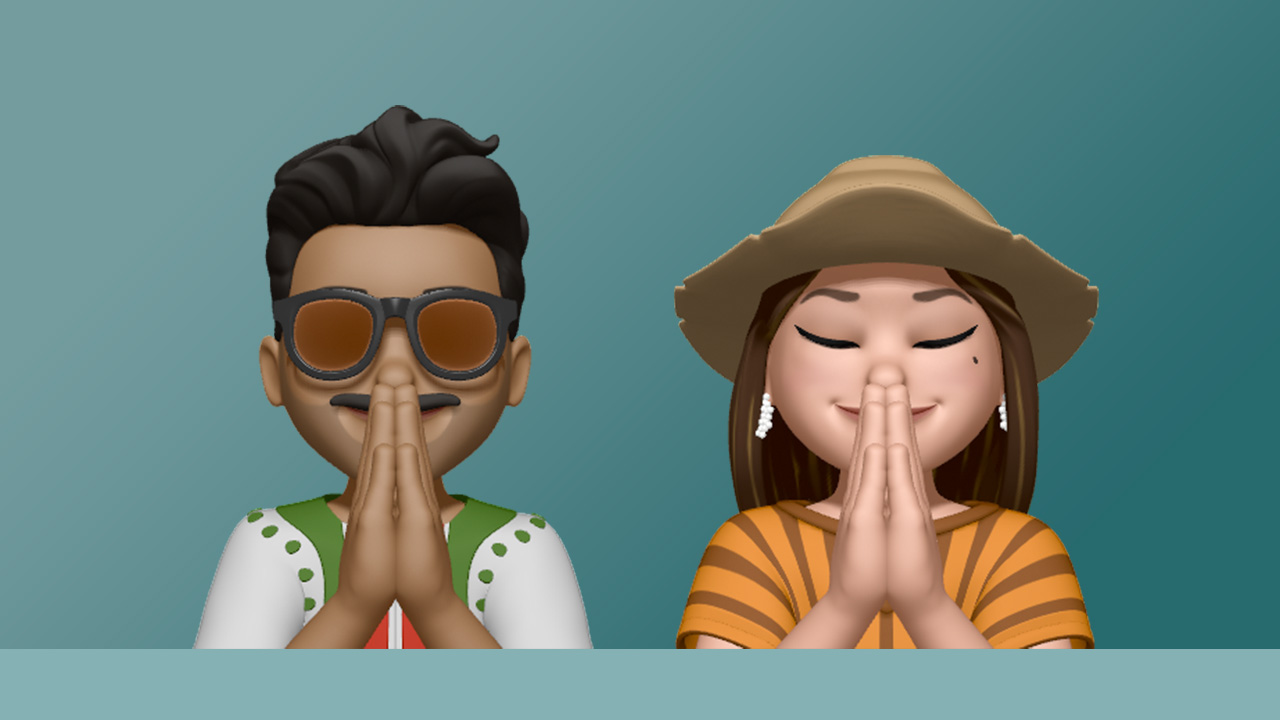 His: a linen top and a pair of polarized sunglasses

Hers: a long coverup, a pair of pearl earrings, and a straw hat

Hike in the fall 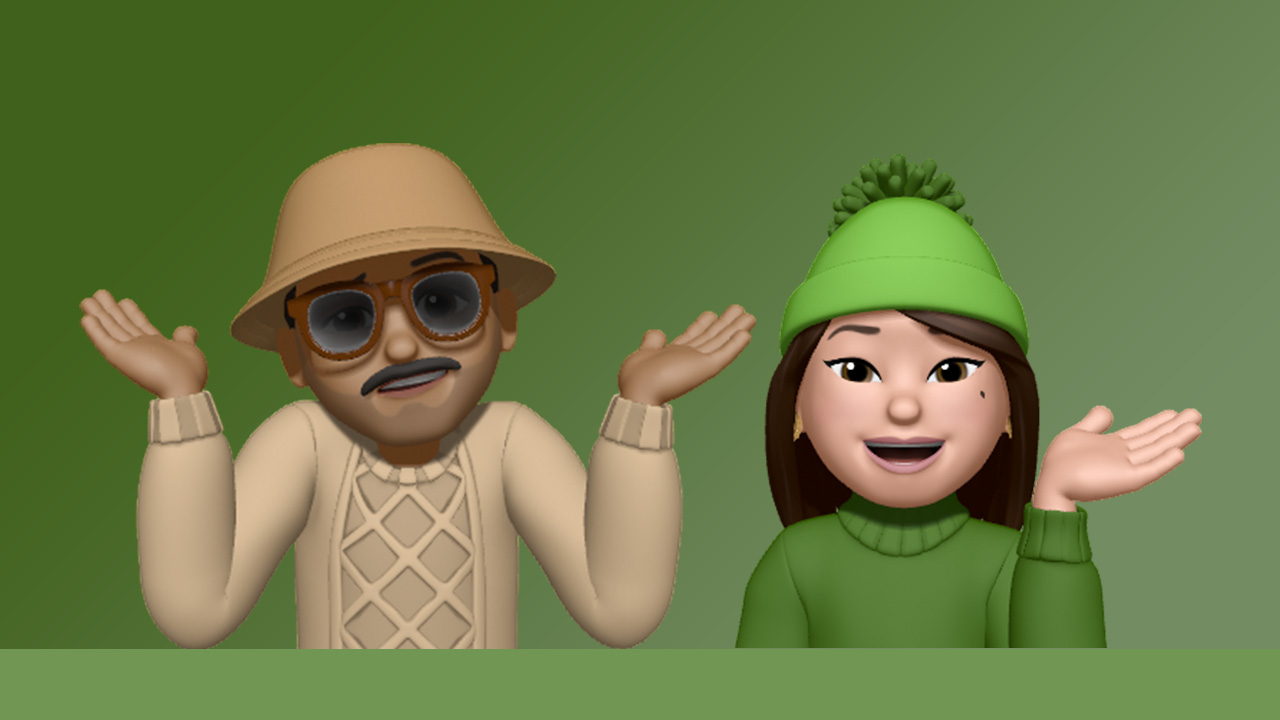 Not a beach person? Maybe the mountains and autumn foliage are more your jam. Just make sure to stay warm from top to toe without sacrificing style and comfort.

His: a cable knit sweater and a fisherman’s hat

Hers: a turtleneck sweater and a beanie 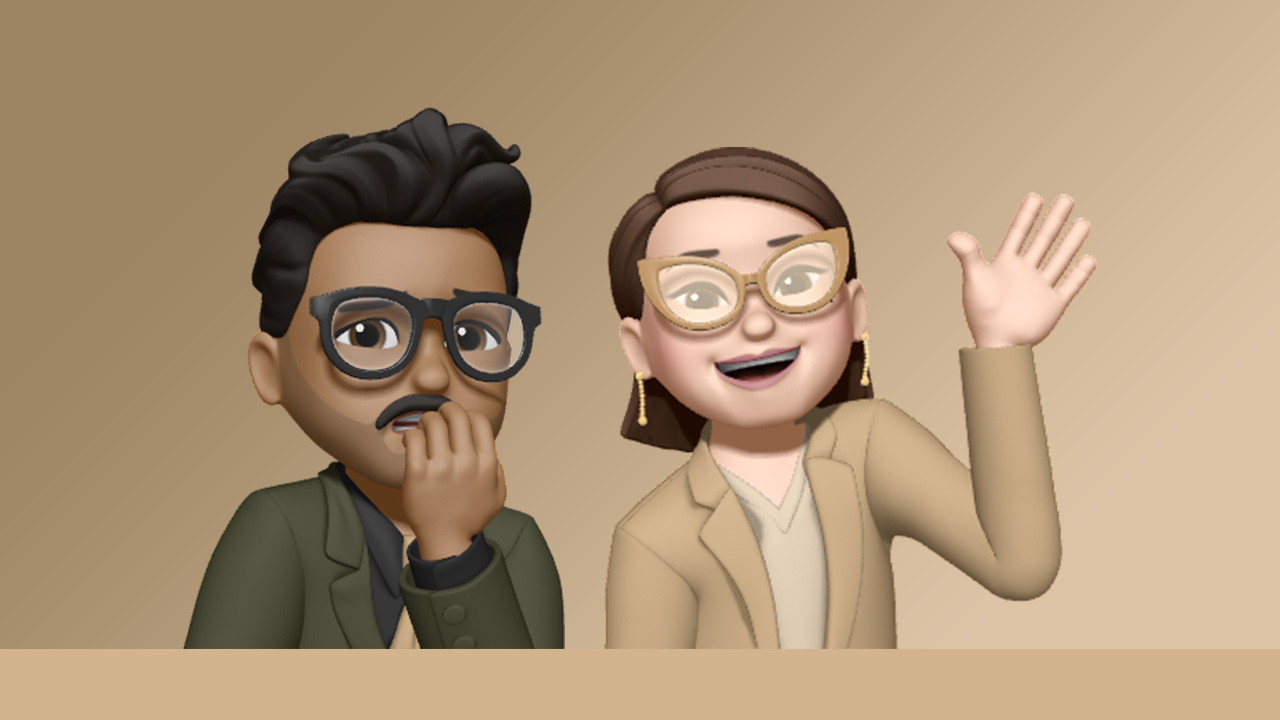 There’s never a bad time to get a good blazer or a pantsuit. You might not be able to wear them out to trade shows yet, but looking your best for Zoom meetings is always appropriate.

His: an olive green knit blazer, a black oxford shirt, and a skinny tie

Hers: a beige blazer, a pair of cat-eye glasses, and a pair of gold earrings

Apart from more than 40 different outfits, multicolored headwear, and new options for glasses, iOS 15 offers nine new Memoji stickers that include a shaka, a hand wave, a light bulb moment, and more.

iOS 15 will be available this fall as a free software update. If you’re interested in trying new Memoji outfits now, you can sign up for the public beta here: https://beta.apple.com/sp/betaprogram/ 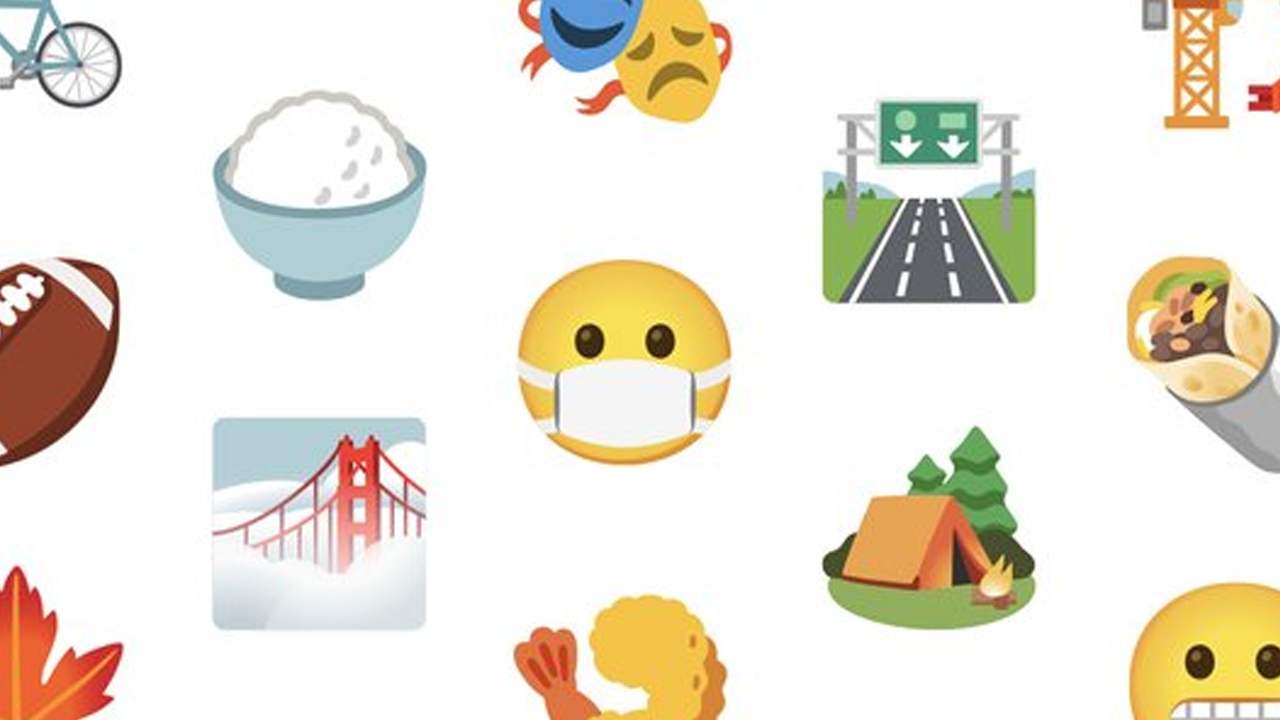 Whenever an emoji update rolls out, it often brings an opportunity to update our zeitgeist of how the world has changed overtime. For example, last year focused on the coronavirus pandemic, bringing about new ways to depict ourselves with masks on. This year, the zeitgeist is shifting once again. And Google is updating some of its emojis to reflect that.

Announced through their blog, Google is making some of its emojis more inclusive and positive. However, despite how it sounds, the update doesn’t involve quite a major revision compared to how they added different skin colors in the past.

Instead, Google is making a few emojis more interpretable in other countries. For example, the company’s formerly American pie has been changed to reflect a more universal pie that other countries can easily see. Another example is removing the invisible woman supposedly wearing the bikini emoji. Instead of a busty bikini, the emoji now lays flat, making it more inclusive for other body types. Some food emojis have also been made more delectable.

Finally (and most importantly), Google is removing the sense of foreboding from its masked emoji. Instead of a face that’s clearly sick, the new emoji now has a more neutral (and possibly even happy) face. Now that the world is healing from the devastating COVID-19 pandemic, Google is focusing on a world where mask-wearing remains a sign of kindness and care towards others.

Google is rolling out the updates starting with Android 12. However, it is also rolling the new emojis out to older phones that can support emojis. 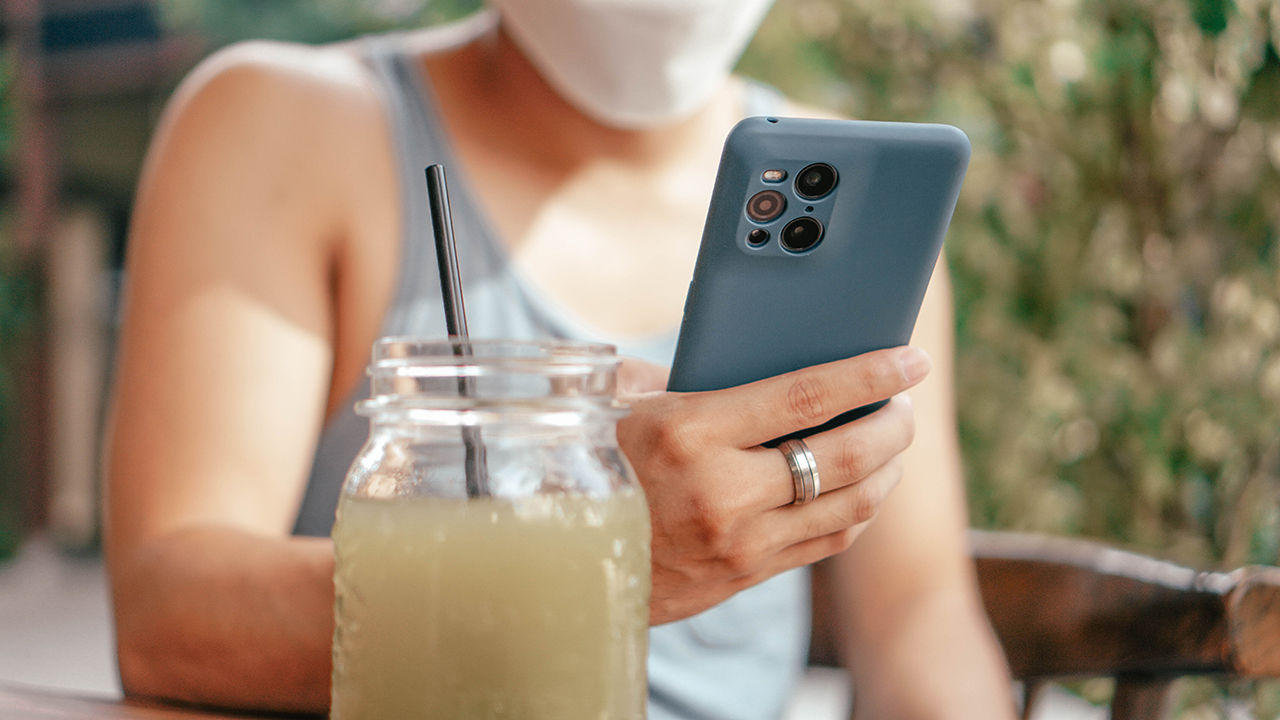 First announced during I/O 2021, the feature has already started rolling out to the Google’s iOS app. The settings menu now has a convenient button to delete the last 15 minutes instantly. Meanwhile, the company’s bread and butter, Android, will receive the feature later this year.

Desktop users might have a longer time to wait for the feature, though. Currently, desktop Googlers can set their devices to automatically delete their history every 3, 18, or 36 months. Of course, they can also manually nuke their history whenever they want.

Of course, the immediate, top-of-mind use for the feature is to erase quick NSFW searches. However, the feature will also come in handy for super-extra-curious minds who are determined to search for every dubious term they find online. It can also work for those who borrow their phones from others for quick searches.