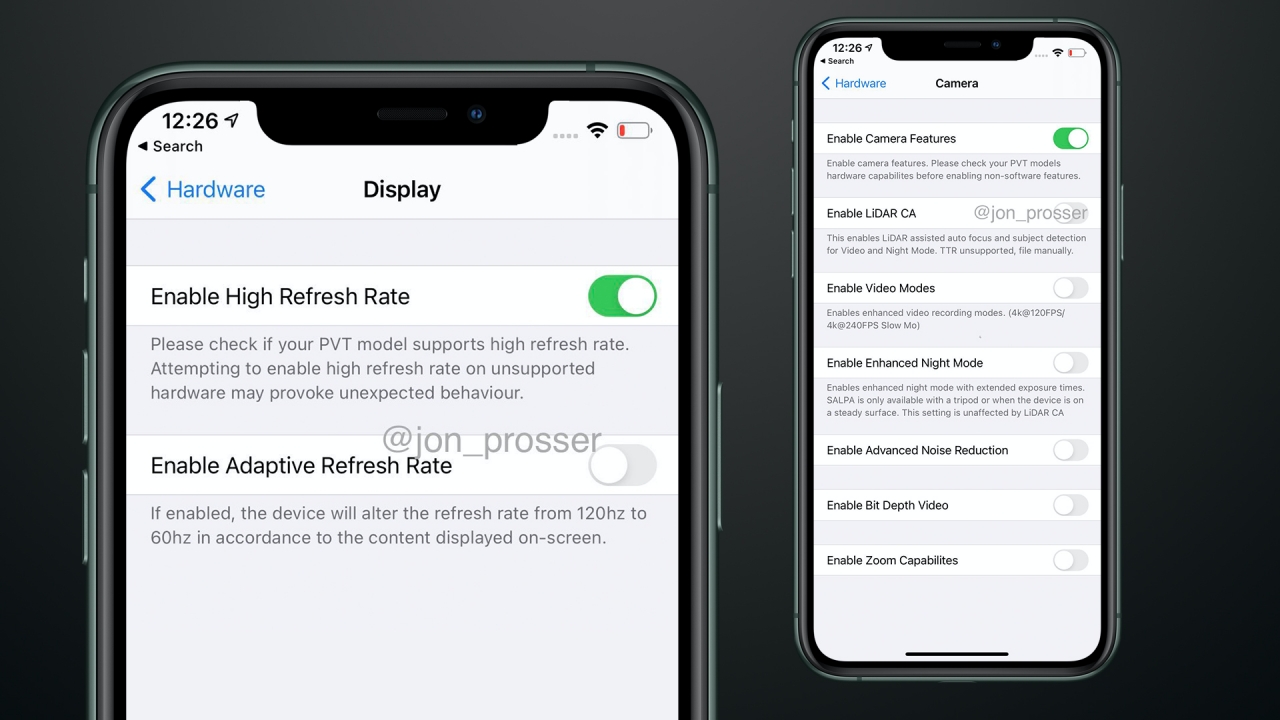 In the past few weeks, there have been several reports that Apple might not ship the upcoming iPhone 12 series with the latest 120Hz displays. It was even revealed that it’s mainly because of supply issues in driver ICs that hinder the Cupertino-based tech giant from equipping the new iPhone lineup with fast and fluid displays.

Other than the Adaptive Refresh Rate setting, there are also new camera features in tow. As previously listed in our rumor roundup, it also confirms that the Max variant is equipped with a LiDAR scanner that made its debut on the 2020 iPad Pro.

Face ID works from wider angles. Even flat on a table.

Sides are flat, but glass has slight curve.

Prosser also tweeted a list of things we might expect on the mid-sized iPhone 12 Pro variant — including a slightly bumped up display with thinner bezels, flat sides, and even a larger rear camera module.

Basing it from the photos, the notch size might be unchanged. But with the 12 Pro Max’s bigger screen size, it’s now able to display a complete 12-hour time indicator on the UI’s upper left side.

As an added supporting claim, he also posted clippings confirming that the iPhone 12 Pro Max will indeed have a 6.7-inch Super Retina XDR display — making it the biggest iPhone to date.

It’s also stated that the new iPhone will support 20W fast wired and wireless charging out of the box. We’re still not sure if Apple will scrap the power bricks (literally) out of the box, but this might also mean that the cancelled AirPower might be resurrected after all.