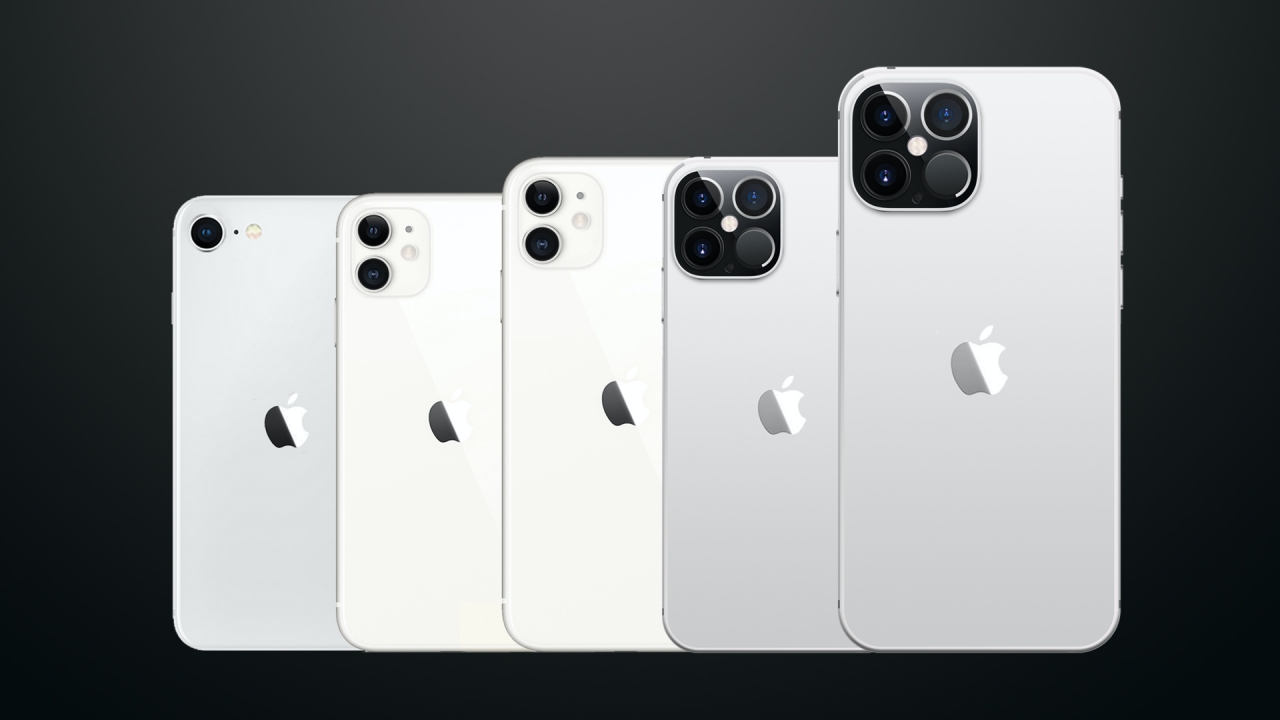 Whether you’re an Apple fanboy or not, you’re pretty much aware that the iPhone X changed the whole iPhone landscape since 2017 — and it’s one of the biggest leaks in iPhone history. Now, leaksters and analysts are back to share more information about the upcoming 2020 (and even 2021) iPhones. 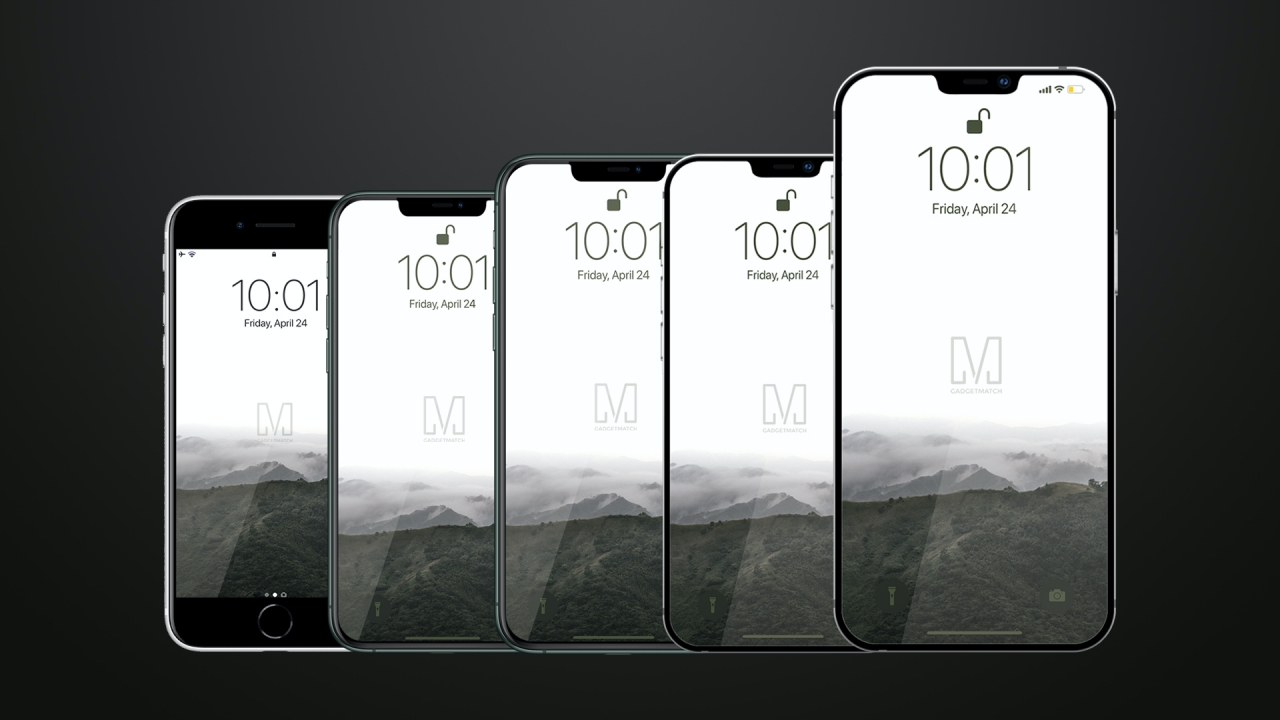 The first 2020 iPhone is the iPhone SE 2 or the iPhone 9 (whichever sounds best). It’s basically an upgraded version of the iPhone 8 with a bumped up chipset and 3GB RAM. It will still have a 4.7-inch LCD display, Touch ID through the home button, and still a single rear camera.

UPDATE: The new iPhone SE has been officially announced by Apple with most of the listed rumors confirmed to be true.

There will be two variants of the iPhone 12: first is the 5.4-inch and the second is a bigger 6.1-inch. Both feature OLED displays, ditching the lackluster 6.1-inch Liquid Retina Display of the iPhone XR and iPhone 11.

Finally, the last two variants are the flagships: the iPhone 12 Pro and iPhone 12 Pro Max. As reported months ago, the new models might feature a ProMotion Display with a faster 120Hz refresh rate. Another prominent leakster tweeted that Apple is currently discussing it with Samsung and LG. The 12 Pro reportedly has a bigger 6.1-inch display over the former 5.8-inch display. Meanwhile, the latter model might have a bigger 6.7-inch display (as opposed to 6.5 inches), which will become the biggest iPhone to date.

Apple is considering a switchable 60Hz/120Hz refresh rate screen on the iPhone in 2020, and is discussing with Samsung and LG. pic.twitter.com/4aoU303umu 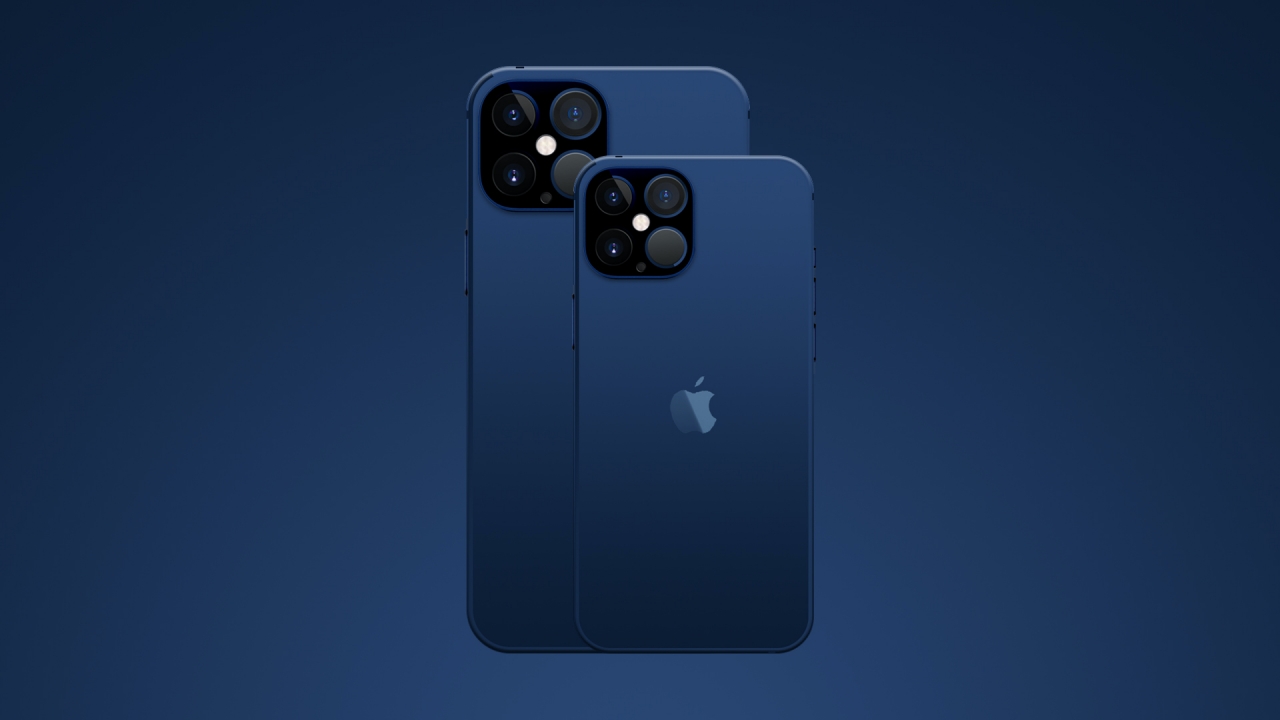 If you’re unaware, Weinbach has a good reputation considering he leaked the green iPhone 11 and iOS 13 features that actually came true. 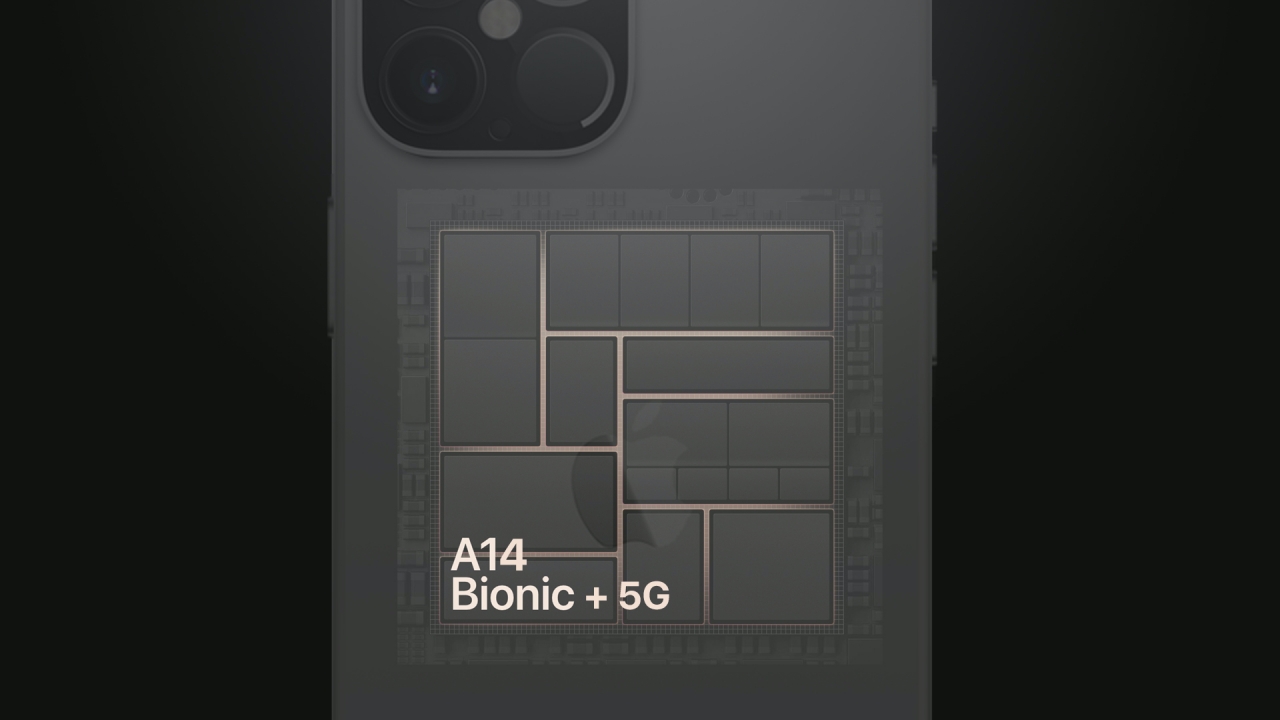 Now that the Qualcomm and Apple feud has been cleared, Ming-Chi Kuo, a renowned source for iPhone leaks, stated that the four iPhone models (except the lower-end model) will have support for 5G connectivity. An insider also said that Qualcomm and Apple are currently discussing how to integrate the Qualcomm X55 chips to Apple’s upcoming A14 Bionic chipset.

However, it’s still unclear whether these iPhones will support a sub-6 5G technology or mmWave. Just a heads up, sub-6 5G covers a larger area but delivers slower 5G speeds, while mmWave technology gives faster speeds but in a smaller scale. Whichever 5G technology it is, we desire that these new iPhones should have 5G support all the way.

It’s also rumored that two of the highest models might feature a higher RAM capacity of 6GB. Meanwhile, the lower models might stick to 4GB RAM just like the iPhone 11 Pro series. 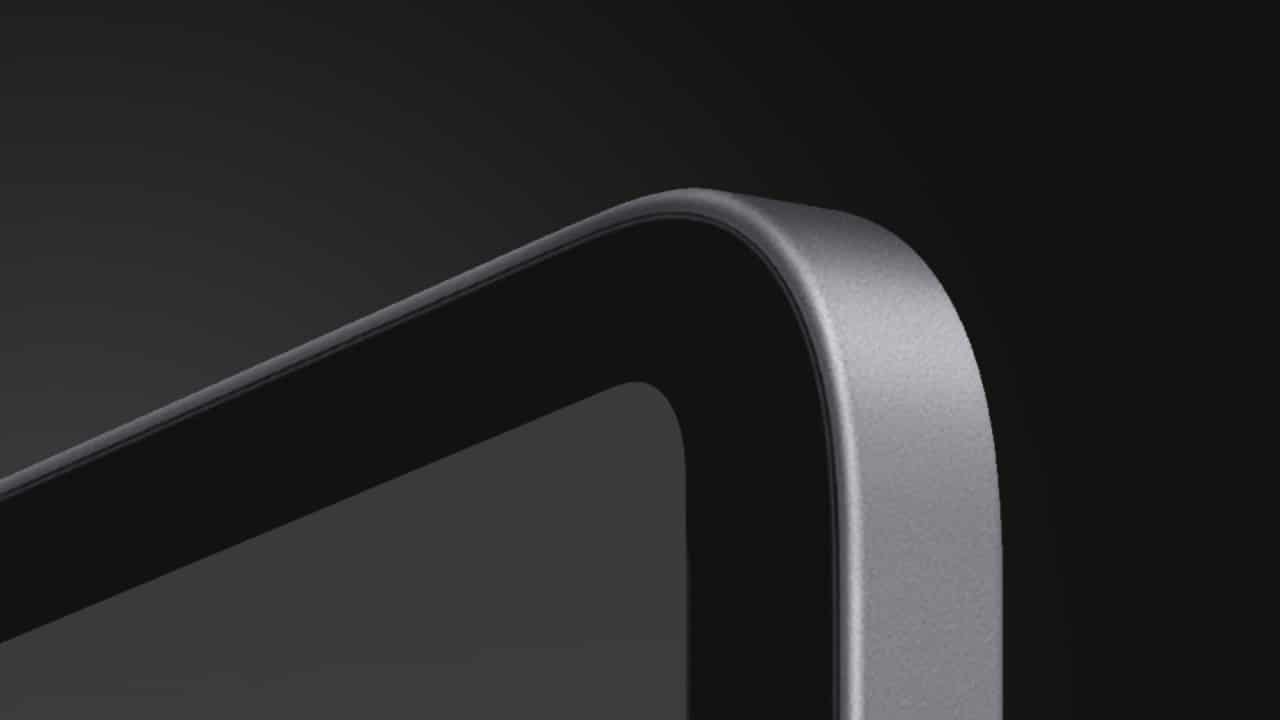 Fans know that Apple refreshes their phone design every three years. Kuo has also strengthened the claim that a major design overhaul is going to happen next year. Apple might ditch the curved stainless steel frame in favor of the iPhone 4s-like frame with a flatter, more refined edges. Don’t worry, it’s still gonna be sandwiched by 2/2.5D glass.

When the iPhone X came out, notches took the smartphone world by storm. This year’s iPhones might finally have a faster Face ID recognition system thanks to an improved TrueDepth System. Although no reports say whether the new iPhones will have a smaller notch or a complete fullscreen display, the flat metal frame may somehow serve as a hint that they might finally put the Face ID into the bezels (perhaps a miniaturized version of the large iPad Pros). 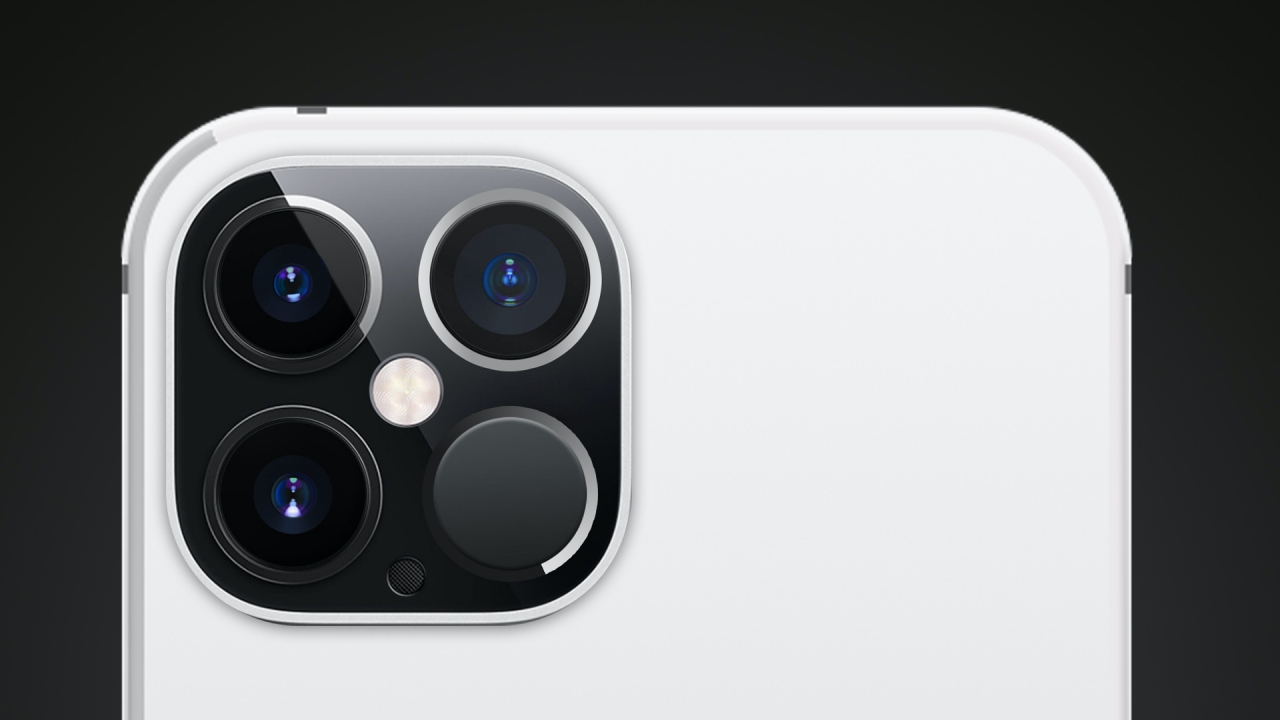 The iPhone 11 Pro Series currently have three cameras. This time, it’s more likely that they will implement a longer 10x telephoto zoom, plus stabilization for the existing ultra-wide camera sensor through Sensor-shift technology.

It’s also rumored that newest NASA-equipped LiDAR Scanner from the new iPad Pro might come to the 2020 flagship models, making it a quad rear camera setup. It might be used to further enhance consumer-based AR experience. Knowing Apple, they might also come up with a better, more seamless 3D image scanning app that can send data to a 3D printer straight from the iPhone.

No ports for the highest-end iPhone in 2021 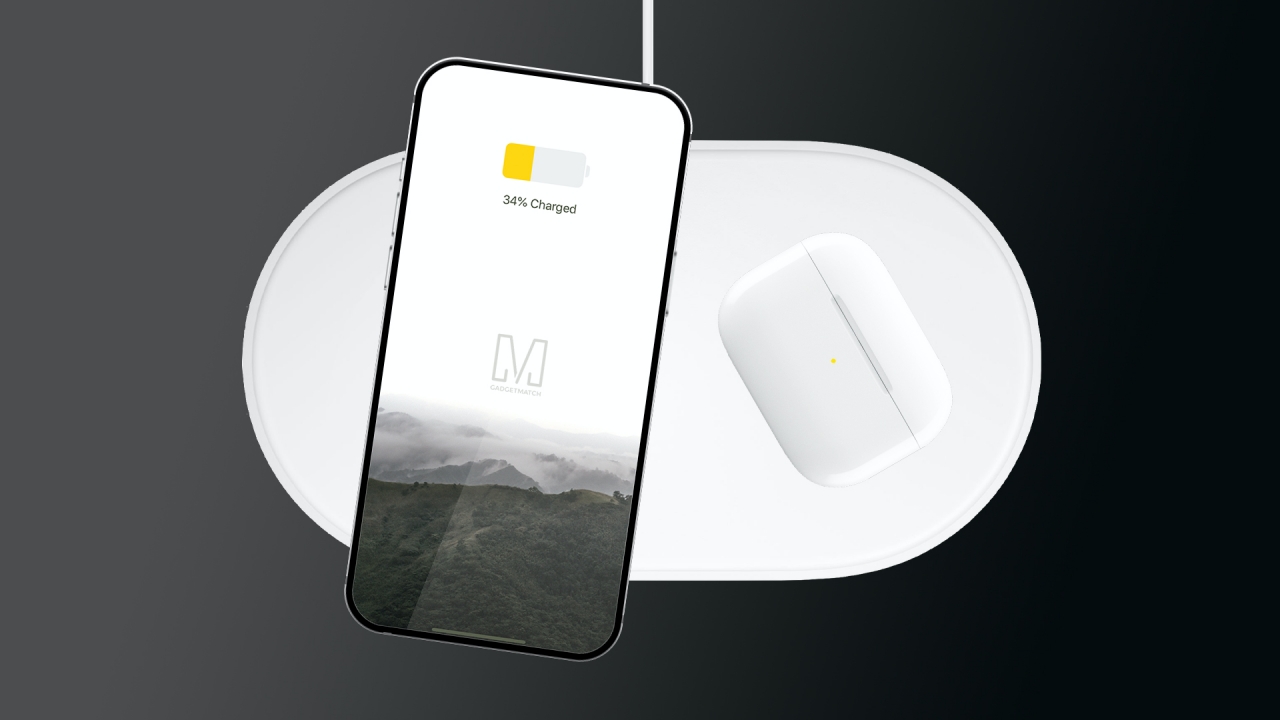 Other than the rumored 2020 iPhone lineup, the highest-end iPhone in 2021 (yes, one step higher than the current high-end iPhones) might totally eliminate ports, which reminds us of the Vivo APEX 2019 and Meizu Zero.

It will also likely have a fullscreen display without a notch. Front camera/s and Face ID sensors might become smaller and will either be under the display or between the bezels, plus a Touch ID comeback which will also be found beneath the display.

As wireless charging speeds are getting faster, Apple might be able to meet the required standards and the cancelled AirPower might once again see the light of day in 2021. This also means they might ship it together with the latest AirPods Pro as wired earphones don’t make sense anymore. One thing is for sure, these iPhones will cost as much as your two kidneys. 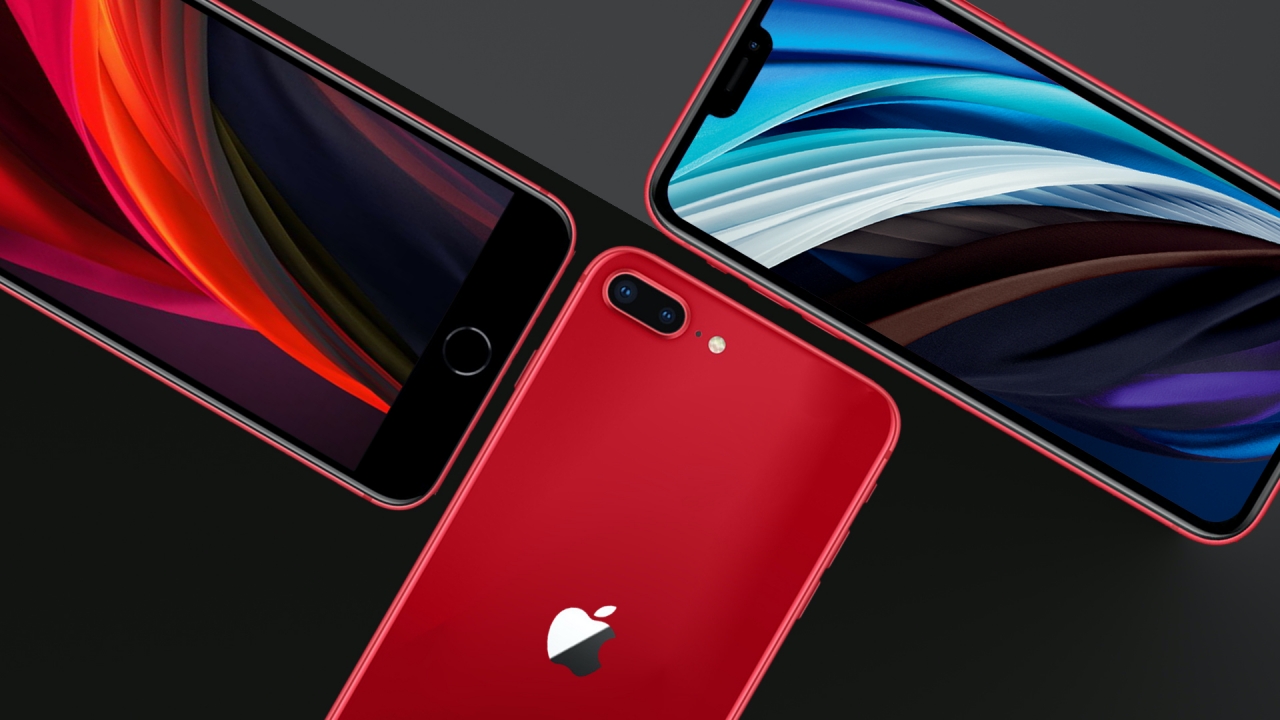 As claimed by Kuo, other than the highest-end iPhone, they will launch another SE follow-up, but this time with a major redesign. Instead of sticking with the aging 4.7-inch iPhone design language, they will implement either the old 5.5-inch Retina display from the iPhone 8 Plus or a 6.1-inch fullscreen display that might either eliminate the notch or have a smaller notch for the front camera and and earpiece. As Face ID  won’t be available for this variant, a side-mounted Touch ID (found on the power button) might be used for security and Apple Pay.

Apple might also launch iPhones twice a year starting in 2021. “Budget” iPhones will be launched in the first half of the year, while the flagship models will be released in the second half, September like the usual. 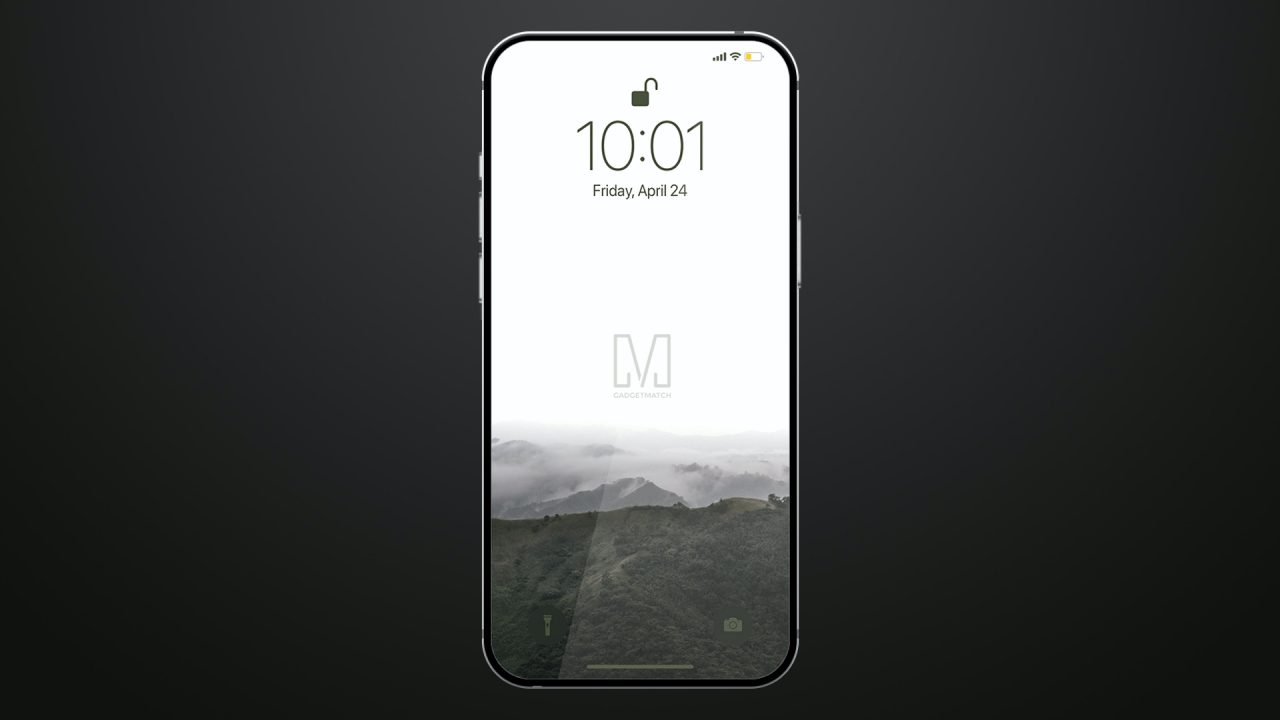 As we all know, Apple implements a certain tech feature when it works seamlessly and fully functional. Unfortunately, the foldable iPhone that is rumored to come in 2021 is less likely gonna happen. Apple might just need more time to learn from the Galaxy Fold fiasco.

Other than that, USB-C might never be seen on any iPhone. The rumor started when the new iPad Pros got shipped with the latest port, suggesting Apple will equip it on the newer phone refresh. We now know Apple is leaning towards a more technologically advanced approach with portless connectivity — through a Magnetic Smart Connector, which is again, found on the iPad Pro.

We gathered all these rumors just months after the iPhone 11 release. Will these rumors prove to be true just like what happened with the leaked triple camera setup? Or are we just expecting too much from Apple as Android smartphones are continuously evolving? 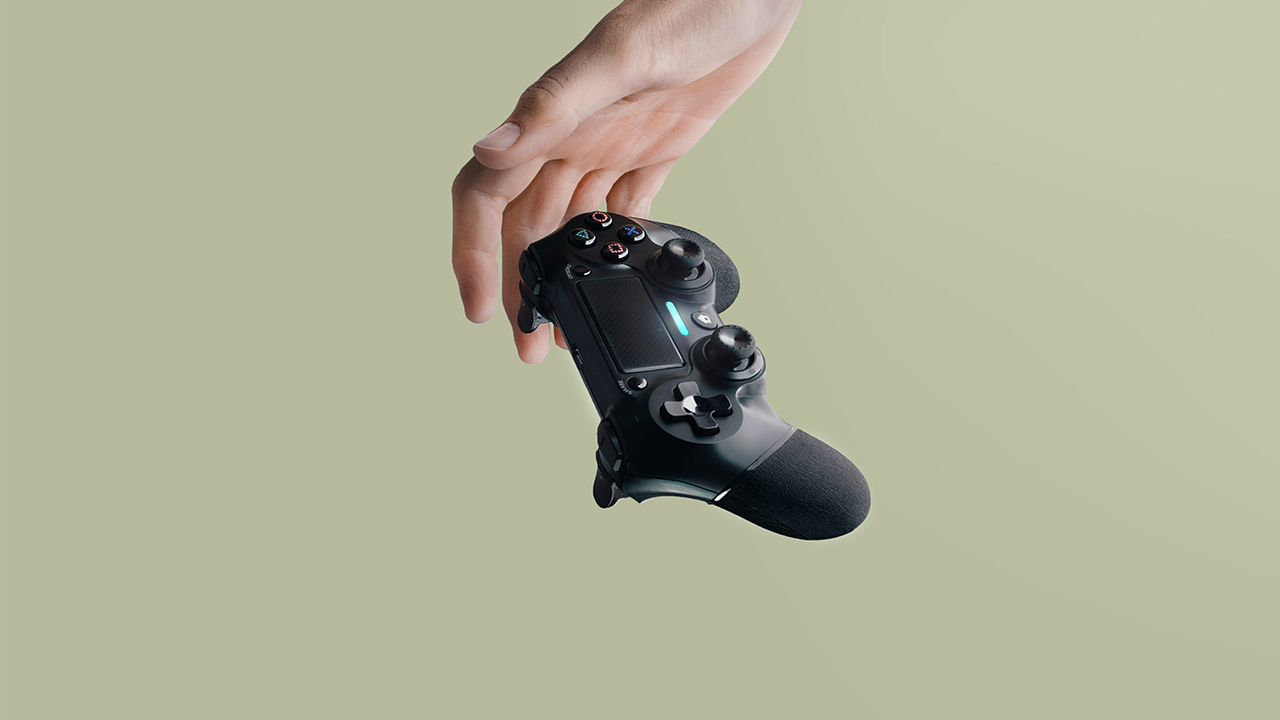 Second only to the PlayStation itself, the DualShock controller is the most iconic part of the current generation system. While discussions will always swirl around performance ratings and gaming varieties, the controller defines the user’s seamless experience with the console. Naturally, when the next generation debuted, another spotlight shone on the upcoming DualSense controller. That said, what will become of our old DualShock 4 controllers? Revealed today, the PS4 controllers will still work with the PS5, but not really.

That said, the DualShock controller will not work with the upcoming PlayStation 5 exclusives. “We believe that PS5 games should take advantage of the new capabilities and features we’re bringing to the platform, including the features of DualSense wireless controller,” Sony said.

However, Sony’s more specialized controllers are getting a free pass. Old official racing wheels, arcade sticks, and flight sticks will still work with PlayStation 5 games. A few headsets, the PlayStation Camera, the PS Move, and the PSVR Aim Controller will likewise work.

The new console and supporting peripherals will reportedly launch sometime during the holidays. Currently, we are still missing a few details for the system’s launch, including price and any promoted bundles.

Moving away from the US and China 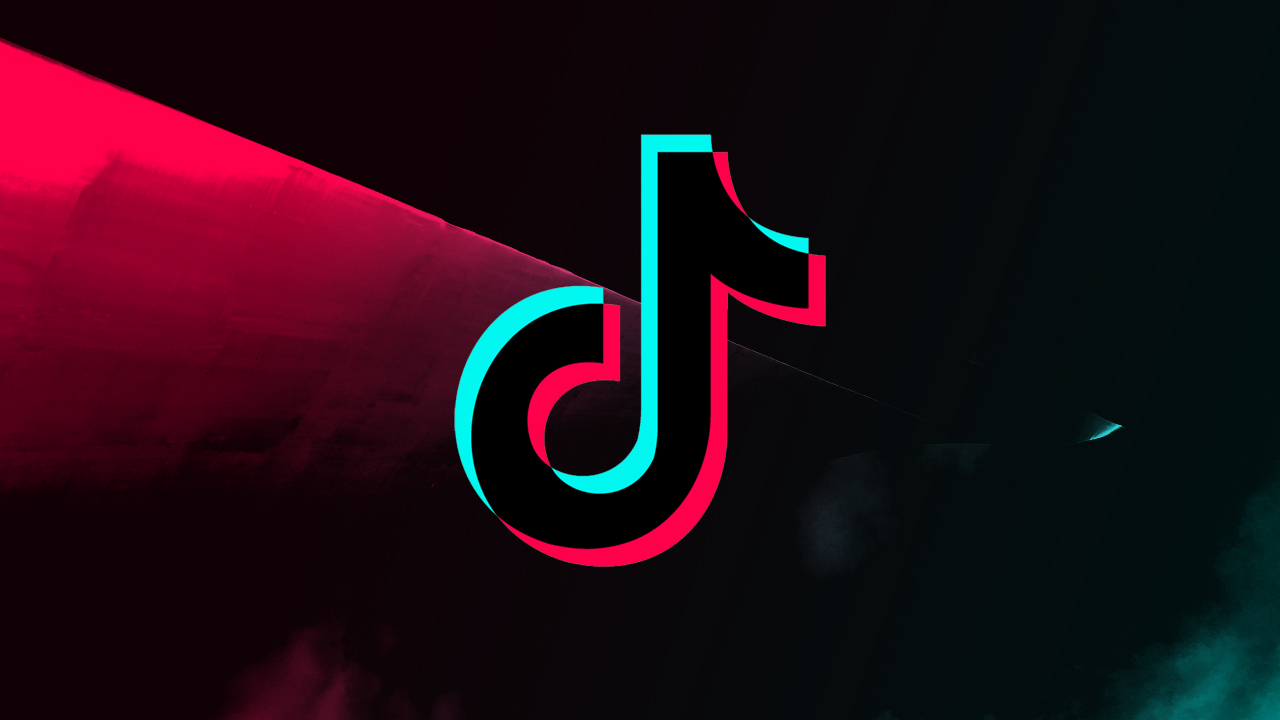 Since the end of last week, TikTok has scrambled to find a solution for its woes in the US. On Friday, President Donald Trump announced a definitive ban against the Chinese video-sharing platform. By the end of Sunday, the American leader pivoted and warmed up to the idea of an American acquisition led by Microsoft. Trump then gave ByteDance a 45-day deadline to reach an amenable deal between the two parties. Though presenting itself as a yes or no deal, the acquisition plan has spawned an all-new direction. Going against the American plan, TikTok is considering moving to the UK.

Reported by Britain’s The Sun, ByteDance is expected to announce a plan to establish TikTok’s headquarters in London. The expected plan is a plot twist for the Chinese company. Instead of benefiting both Microsoft and Trump, TikTok can kick both to the curb and approach a different market.

With a move to London, TikTok can potentially appease the cybersecurity concerns of all parties voting against the platform. According to the report, a move will prove beneficial to both TikTok and London. One minister was even quoted saying: “This isn’t like Huawei where there are national security concerns.”

Despite the seeming benefit of such a decision, Trump might not agree to the plan regardless. His latest directive advises TikTok to make a deal with an American corporation within 45 days.

Regardless, TikTok is up for grabs. Wherever TikTok plans to move (if they plan to move), both parties will stand to gain. The video-sharing platform is among one of the top apps used today.