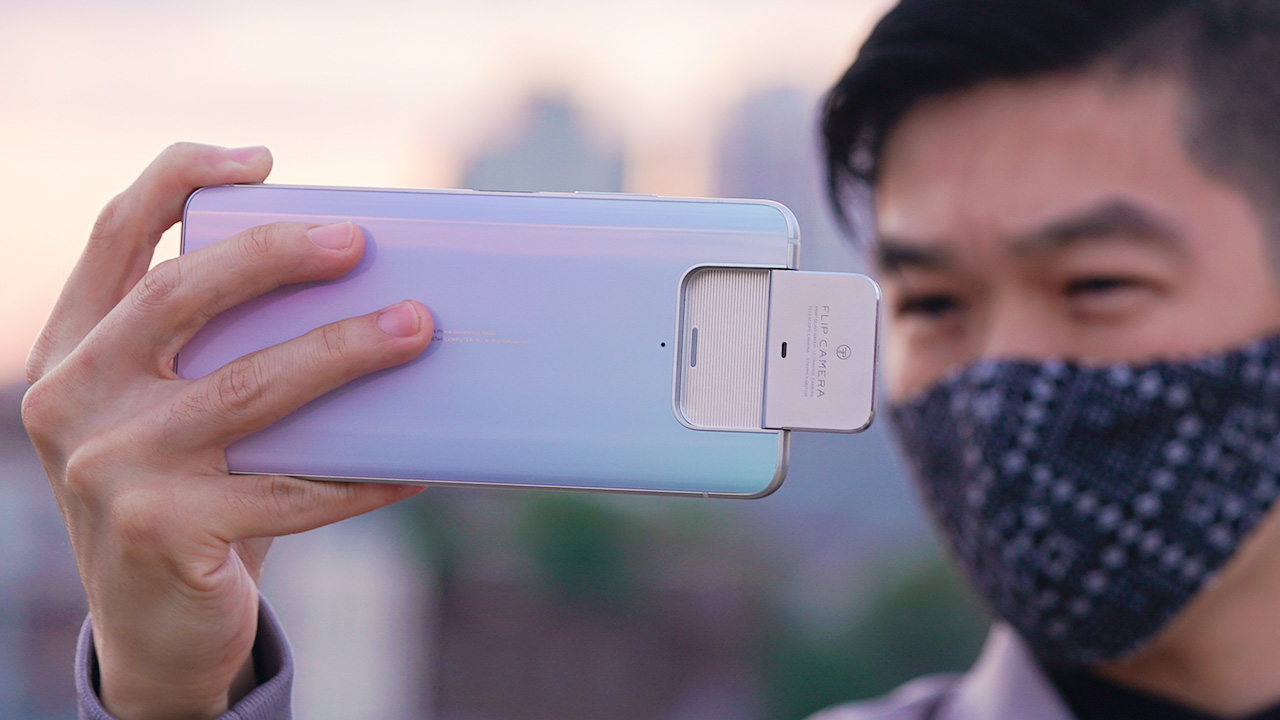 While everyone seems to be stepping away from moving camera modules, ASUS is doubling down on them. The company introduced the Flip Camera on the ZenFone 6 and it improves the feature on the ASUS ZenFone 7 series.

Yes, series. There are two ZenFones this year — the ZenFone 7 Pro and the ZenFone 7. We’ll show you the difference between the two later on but here’s a rundown of what you can expect from the new ZenFone flagship.

Flip Camera in service of an All display screen

This was the trend not too long ago. Phone makers were putting pop-up cameras on their phones to deliver an all-screen experience. But it had to go in 2020 in favor of other components and to pull down production cost.

ASUS, though, zigs while everyone else zags. The triple lens on the Flip Camera is headlined by a 64MP Sony IMX686 sensor, a 12MP ultrawide lens, and a 3X telephoto zoom lens.

The Flip Camera is much improved. There’s a new motor module for better weight endurance. The moving part itself is made with what ASUS is calling Liquid Metal. It’s a material that’s light but tough. And they also have an angle sensor so the Flip knows what it’s pointing to at all times.

That screen is also one of the best in the business on paper. It’s a 6.67-inch Samsung AMOLED display with a 90Hz refresh rate. It’s a 20:9 ratio and goes up to 700nits for outdoor brightness. It also supports HDR 10+.

Like its sister phone the ROG Phone 3, the ASUS ZenFone 7 series is powered by the Qualcomm Snapdragon 865 Plus and 865 SoCs. That means the phones also support 5G. And while this isn’t a gaming phone per se, it can surely hold its own when playing popular titles like PUBG, Mobile Legends, and Call of Duty.

Complimenting the processor are the 8GB LPDDR5 RAM and up to 256GB of UFS 3.1 internal storage. Rounding up the specs talk is a 5000mAh battery with support for 30W fast charging. 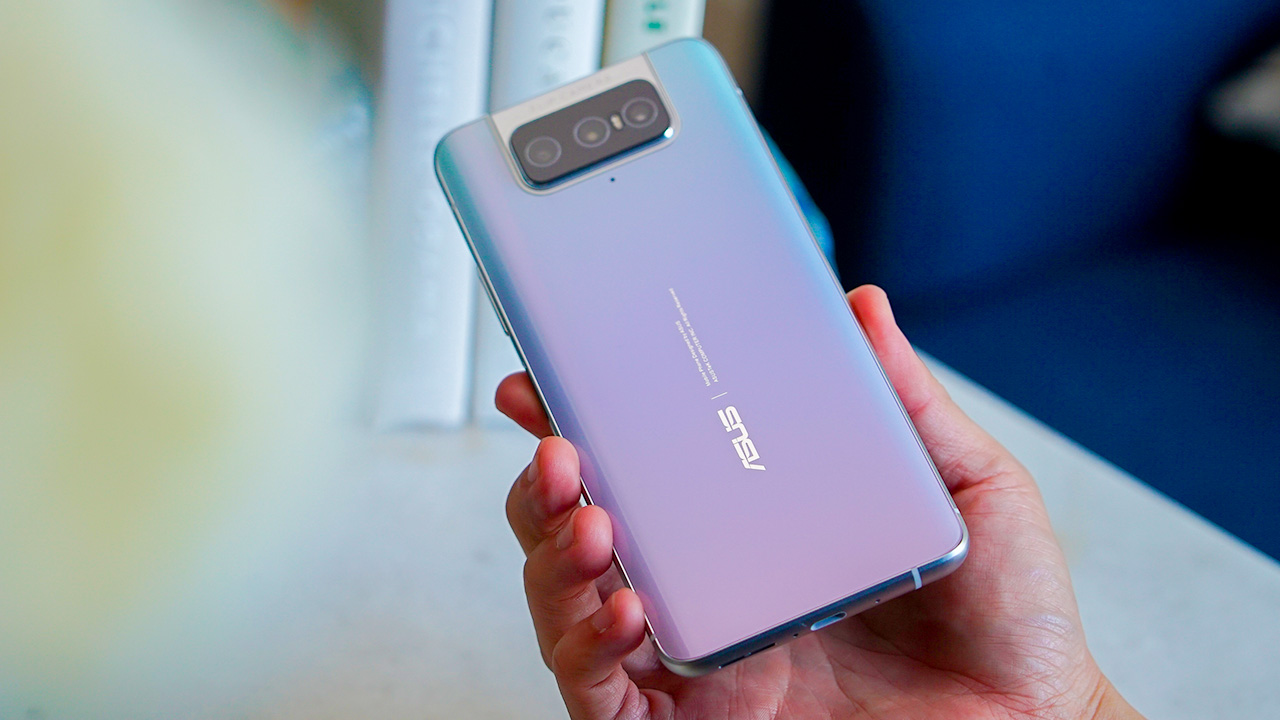 While it has a Zen UI 7 skin on top, it comes pretty close to the vanilla Android 10 experience that many users prefer. The changes that ZenFone made are focused on performance optimizations like new sound control, better battery management, and new display features.

On the hardware side the power-button is multi-functional and they’re calling it the All-in-one smart key. It’s a power button, capacitive fingerprint reader, and Smart Key.

A single press behaves as usual but you can customize what it does when you press twice or when you press and hold. This can be anything from triggering a voice assistant to switching certain features on/off like bluetooth, flashlight, and many more.

ASUS also brought over Game Genie from the ROG Phone 3 to help manage your notifications and your hardware while you game.

The differences between the Pro and non pro variants

Unlike most other phone series, there’s not a lot that’s setting the ASUS 7 Pro apart from the ASUS 7. This means, no matter which one you opt for, you will get a flagship experience.

Lastly, the two phones have different RAM and ROM configurations:

The ASUS Zenfone 7 series will come in two colors: Aurora Black and Pastel White. It’s currently only available in Taiwan but will be released globally at a later date. Pricing are as follows: 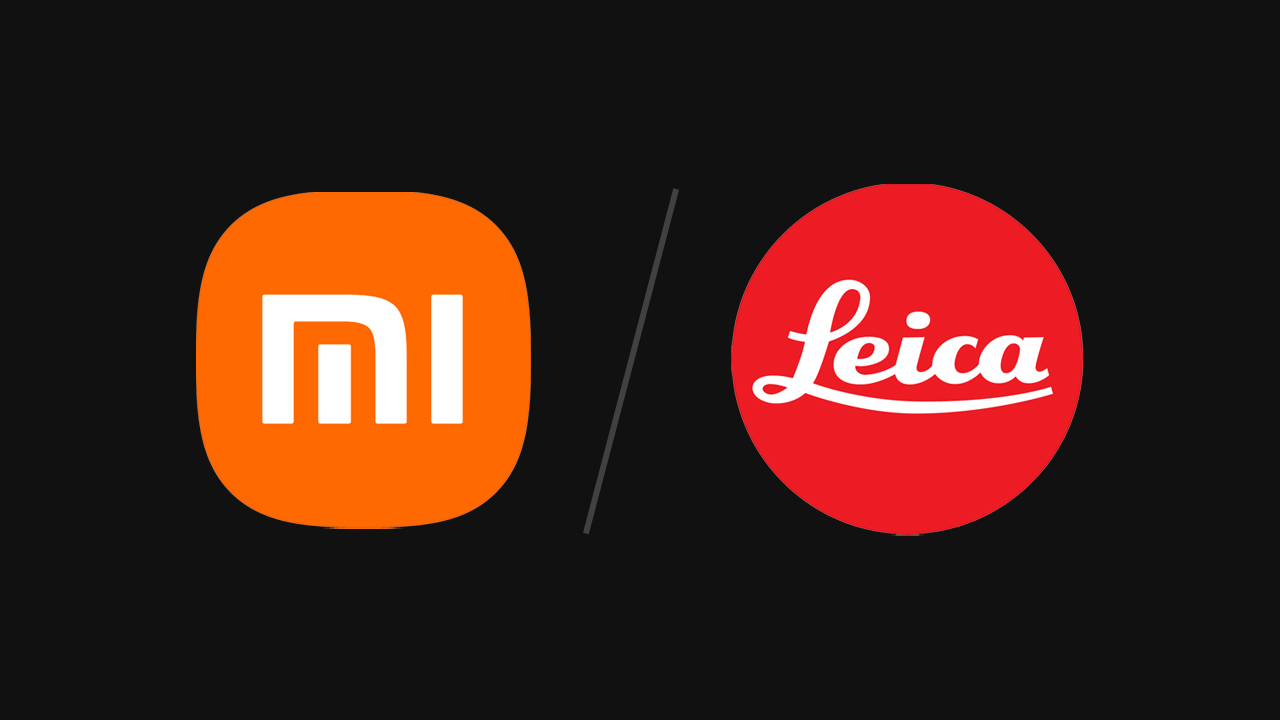