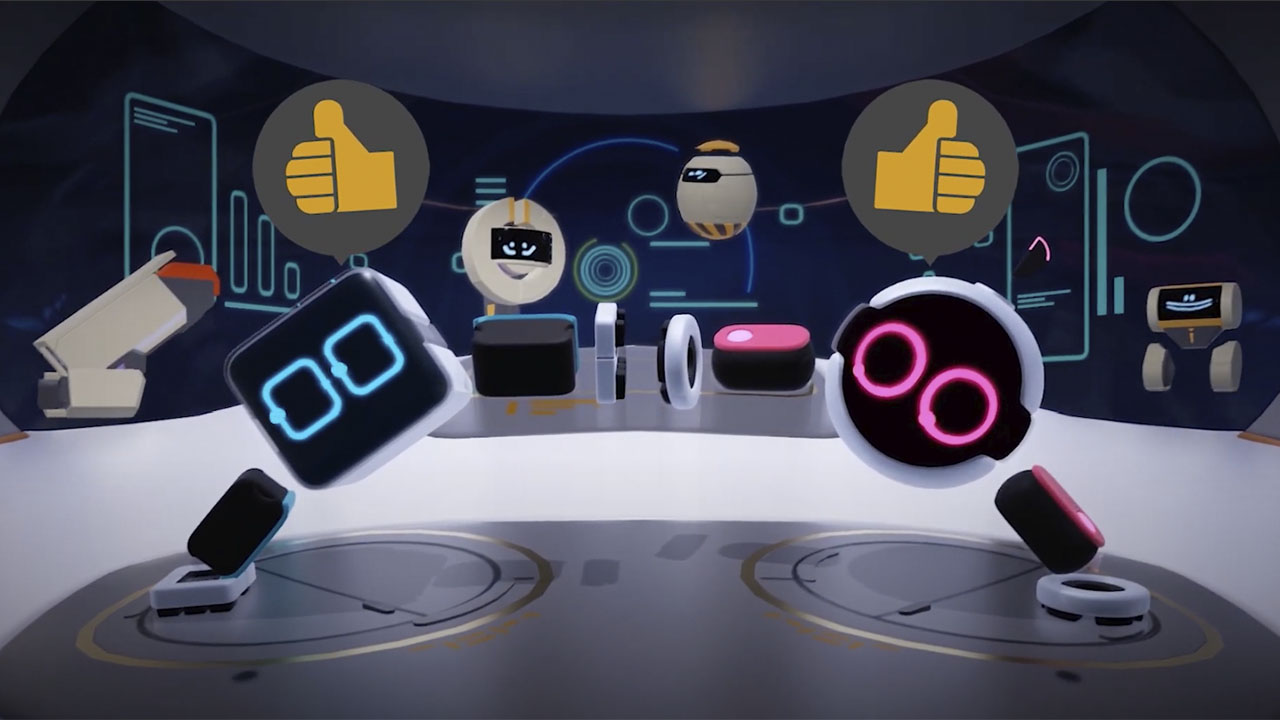 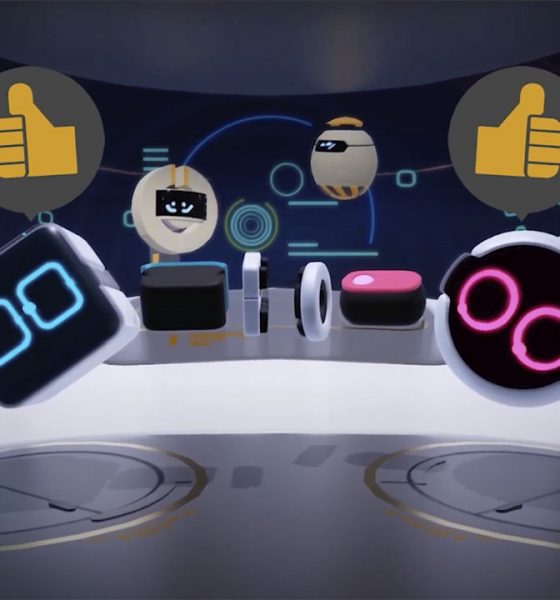 Back in 2008, there was an online browser game called QWOP. It had you controlling your character’s legs with nothing but the Q, W, O, and P keys. It sounds simple but, because of the odd physics engine, it became ridiculously difficult. Despite that, it was a pretty fun and hilarious game that became widely popular.

Much like QWOP, NEXT Studios’ Biped takes the mundane act of walking and twists it to make a complicated and frustratingly fun game. Whether you play with a friend or by yourself, Biped presents you with interestingly designed physics puzzles that test both you and your partner’s creativity and patience. And while playing by yourself is an option, it’s obvious that the game was designed to be played with two players. The addition of another player shakes up the gameplay and will have you strategizing, shouting, and probably taking long pauses just to laugh at each other. 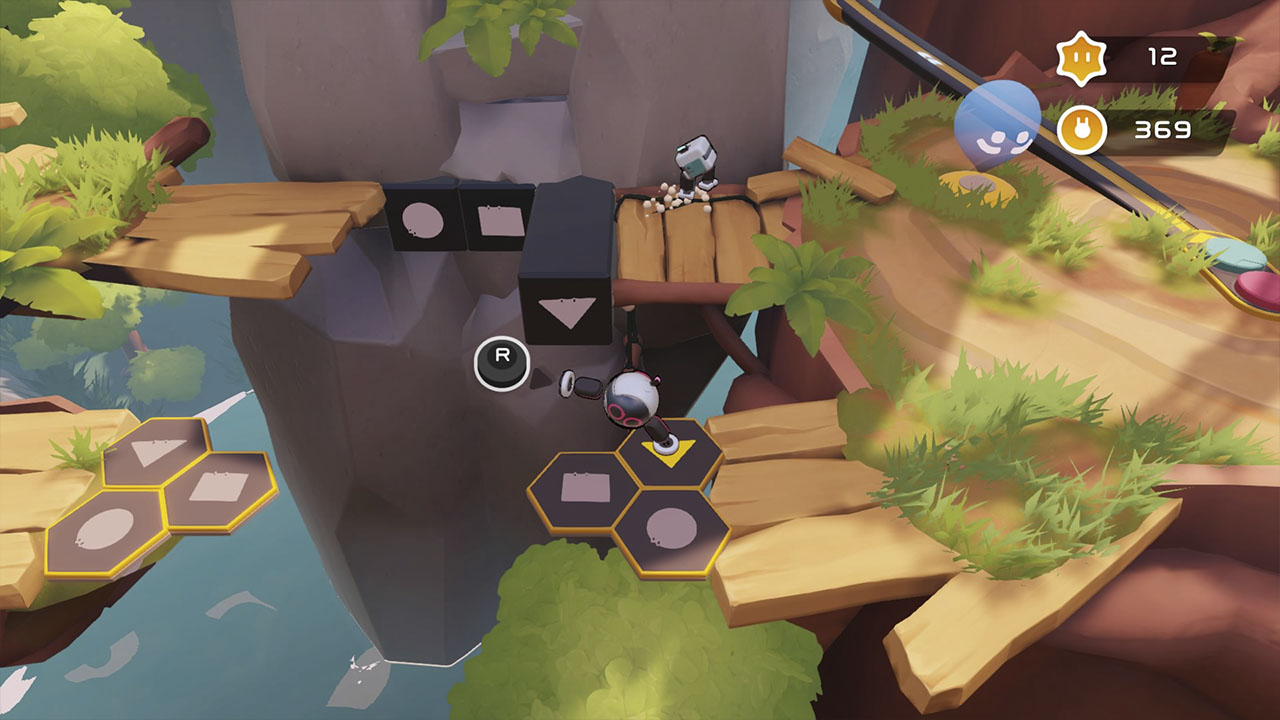 Bipeds to the rescue

The story is pretty simple. An unexplained force has caused the Earth’s light beacons to extinguish. Two little biped robots, Aku and Sila, are tasked to journey to the planet and reignite these beacons to keep the planet from growing dark.

Biped’s graphics are delightfully bright and marries well into the game’s overall aesthetic. It gives off a Pixar-ish feel and will have you wondering if the biped robots are based after Eve from Wall-e (I’m pretty sure they are).

Each level is themed and paired with new sets of puzzles that change depending on whether you’re on single or co-op mode. There are also small and delightful interactive elements that make the world feel a tad bit more alive. I also thoroughly enjoyed the soundtrack which gave off a calm and peaceful vibe despite the fact that I wasn’t. 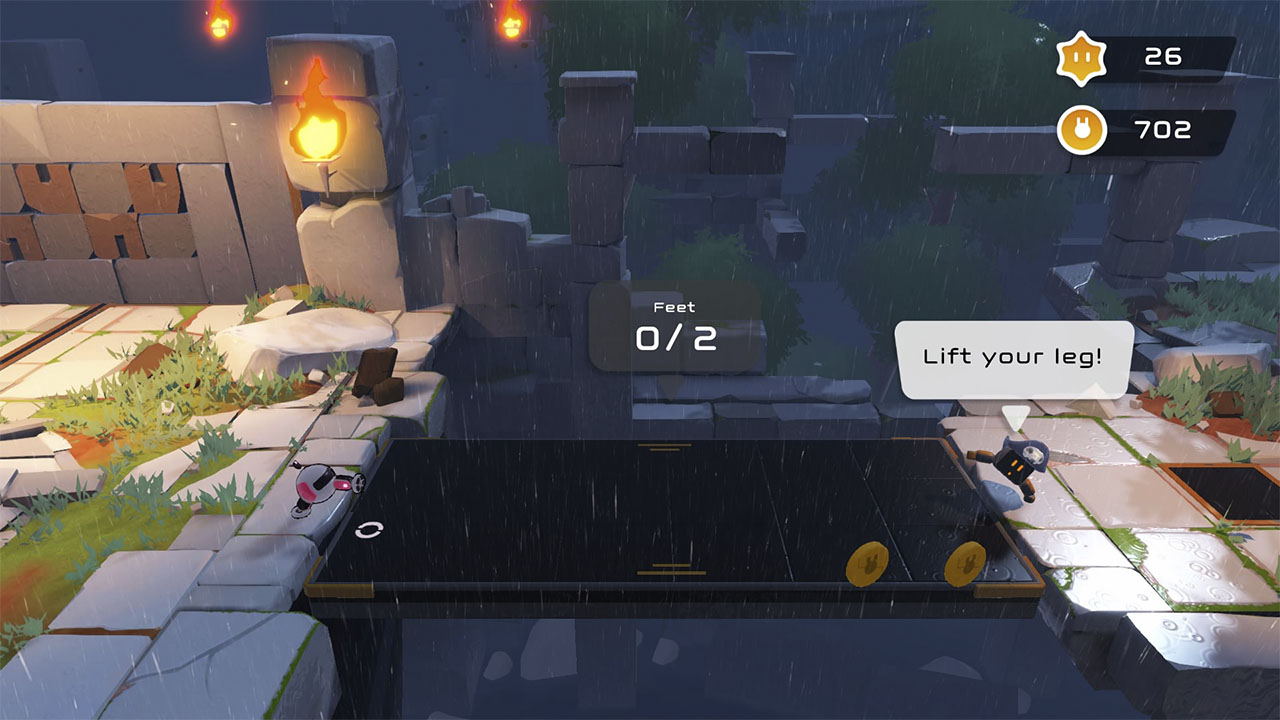 With all that talk of how complicated walking is in this game (that is the premise, after all), you’re probably wondering how exactly the controls work. Basically, you use the left analog stick to control the biped’s left foot and the right analog stick to control the right foot. To walk, you’ll have to toggle the analog sticks alternately, akin to walking in real life. The instructions are deceivingly simple but as you take your first steps, you’ll most likely find yourself stumbling, falling, grabbing on to the wrong things, and even pushing your partner off platforms.

I first started the game playing in solo mode and found myself sailing through levels pretty quickly. As I progressed, I saw that some challenges were originally made for co-op and the game will throw in NPCs to help you out in solo mode. It wasn’t hard to cooperate with the NPCs but it simply has a programmed movement that you need to go along with to complete tasks and teamwork doesn’t really come into play.

For example, I was balancing on a platform and using the NPC as my counterweight to get across. To finish the puzzle, I had to focus on the NPC’s movements instead of my own because it systematically moved. The positive thing about this is that its movements became predictable which meant I could easily finish the puzzle. 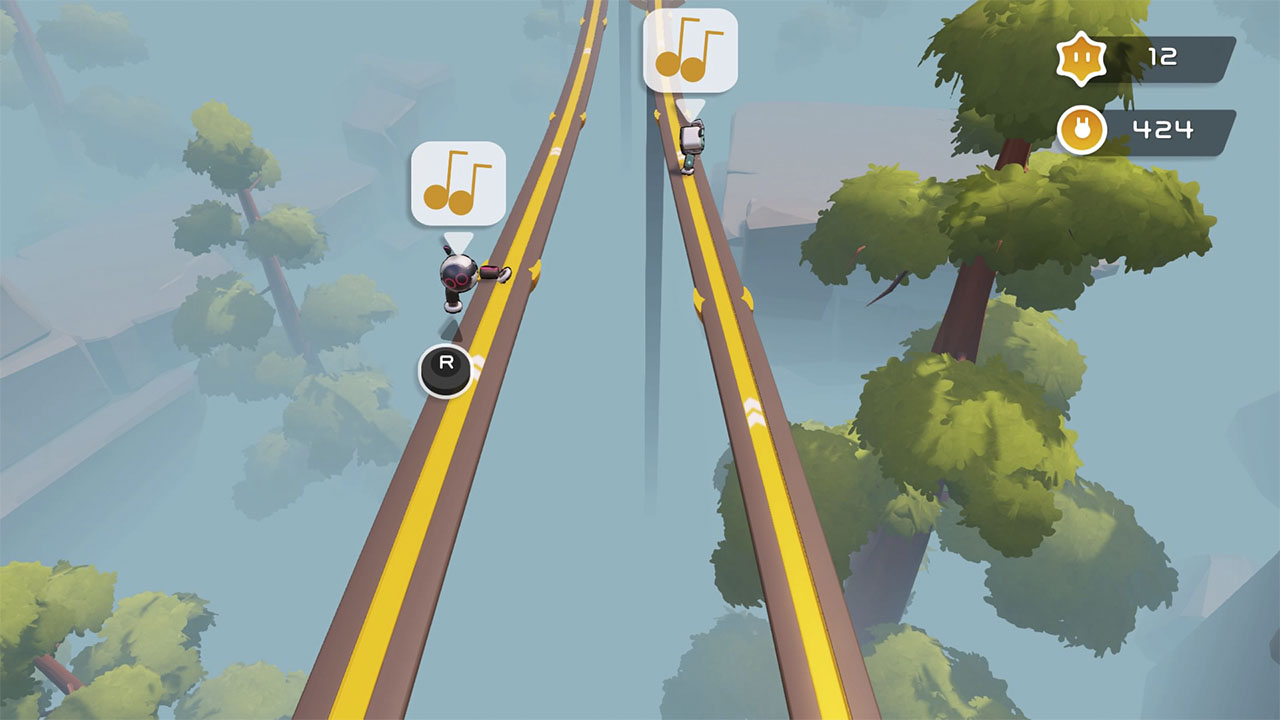 After my NPC partner experience, I figured it would be easier to play with another human being since we could coordinate our movements. I roped in my husband so we could experience the game as it was intended. Adding a human player definitely changed my approach to the game. I can confidently say, though, that thinking it would be easier playing with another person was an incredibly wrong notion.

In co-op mode, you and your partner have to constantly be wary of each other’s movements. One wrong move can send a player tumbling down the platform and have both of you start all over again. I found the color-coded platforms to be the most difficult. Both players have to have on-point coordination, cooperation, and patience or else you’ll turn what was supposed to be a 3-minute puzzle into a 30-minute one (yes, it happened to me and my husband). 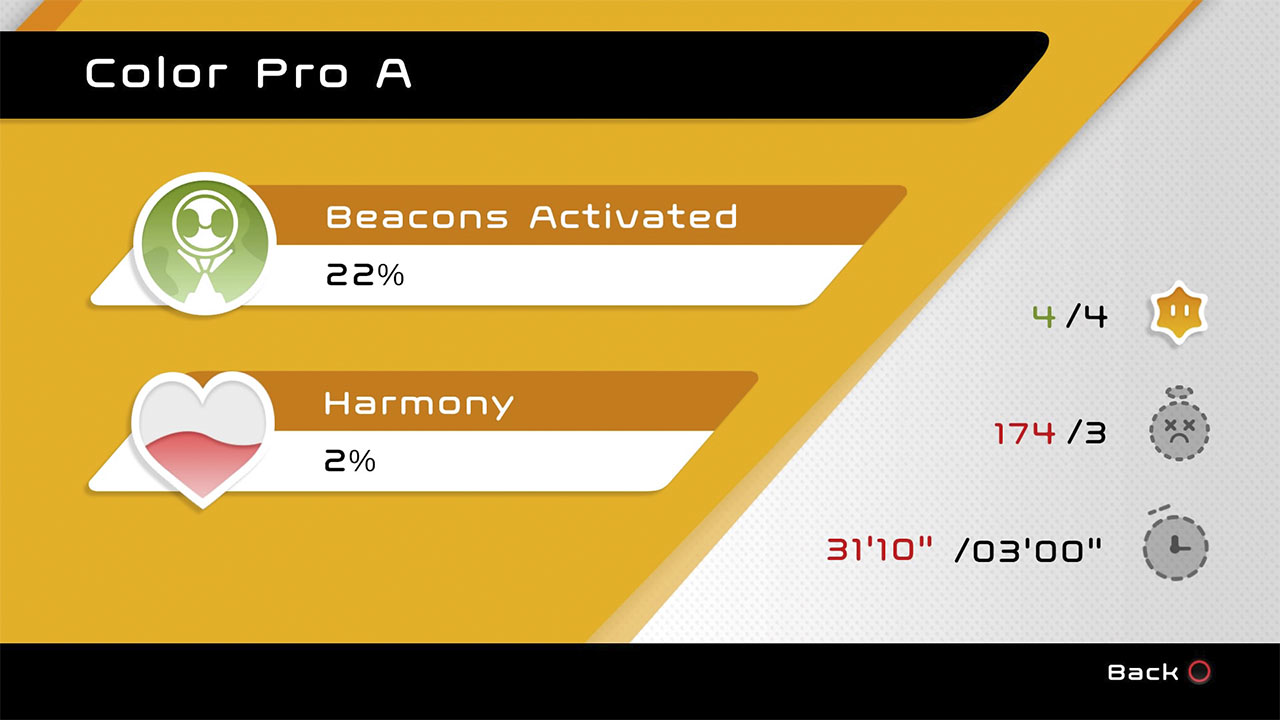 Completing a level in co-op mode will unlock it’s Pro levels. These levels were made to test you and your partner’s skills as a team. The additional stages offer much more difficult puzzles that require serious coordination between the two players. On our first runs, we could finish stages in 20 – 30 minutes and it involved a lot of plotting, coordinating, and discussion on how to go about the puzzles. Despite our finishing times being twice or thrice the recommended time per stage, going through the puzzles successfully together gave us a large sense of accomplishment and pride. 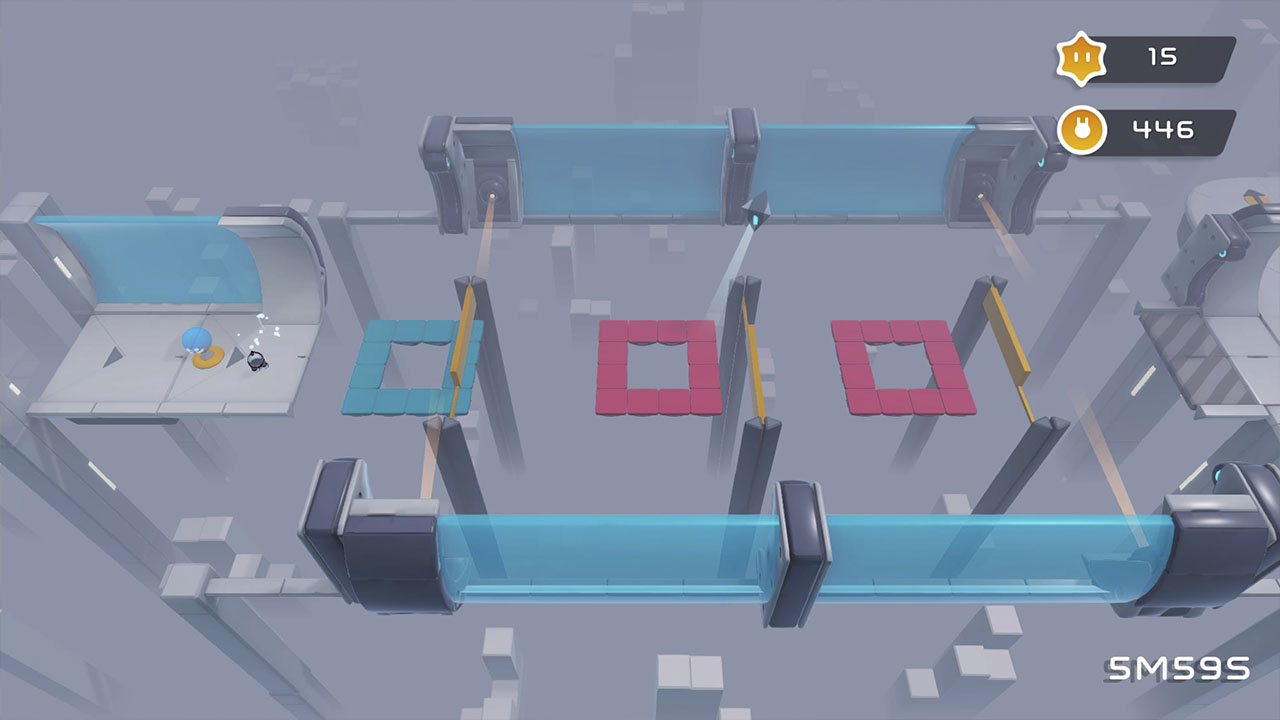 Over before it started

Unfortunately, the game is quite short and can be finished in a couple of hours. There are a total of 8 different levels with two Pro levels each for co-op mode. Completionists may have a longer run time with this game as there are more challenges to beat, such as completing coins and beating times, before you can get that 100% rating for each level. But even so, I felt that as the game was just starting to really flesh out, it ended. 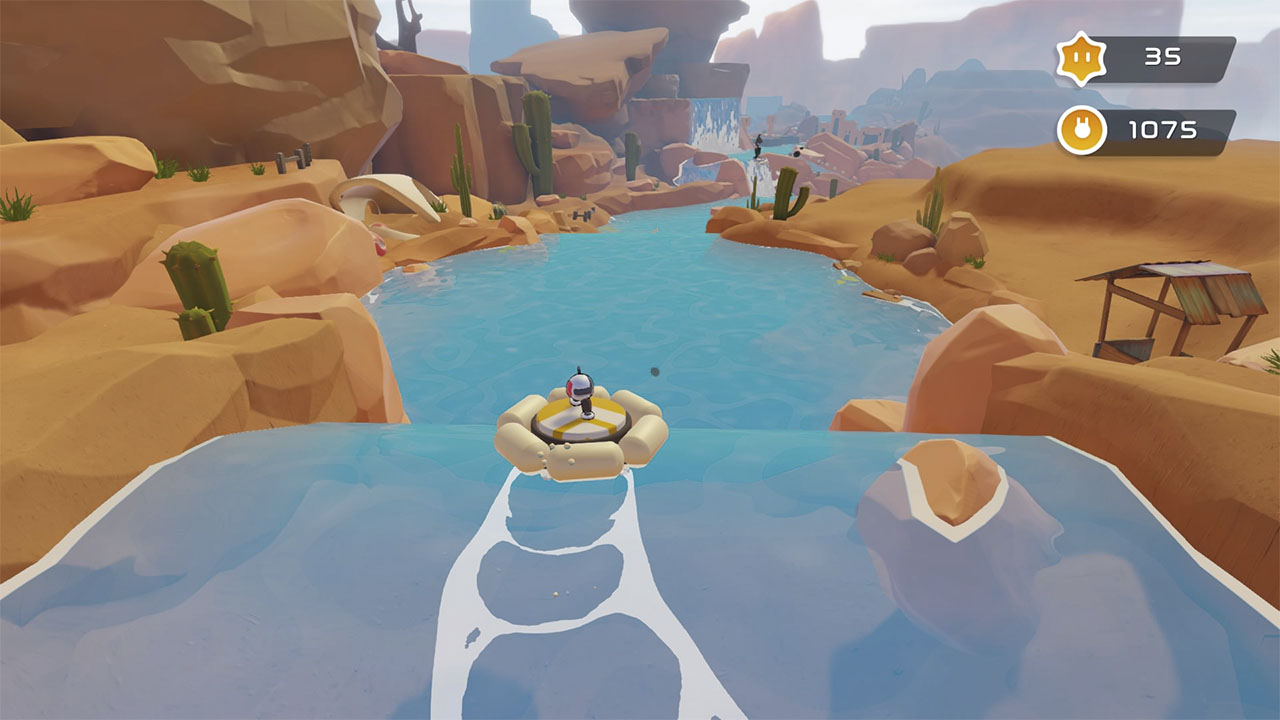 Overall, Biped is a delightful little game that can give you a couple of hours of fun. The awkward and clumsy controls are, undoubtedly, frustrating but largely contribute to the charm of this game. Paired with bright, visually pleasing graphics and a quiet little soundtrack, it’s worth looking into for your list of “games to play when people are over.”

It sadly does have a humdrum solo mode which means that solo gamers might not get much mileage out of this game. Co-op is also limited to local or couch co-op and it seems that it won’t be getting support for online play any time soon. It does, however, support the PS4’s SharePlay feature so you can still virtually play with a friend.

But despite it lacking a bit on content, Biped, with its clunky controls, adorable lead characters, and bright environments, is still a game well worth considering for a fun and challenging local co-op game.

Vikka contributes lifestyle and gaming content for GadgetMatch. She is easily distracted by dogs and has an affinity for anything kawaii. She proudly declares Psyduck as her Pokémon spirit animal. You can find more of her work on The Modern Creatures.