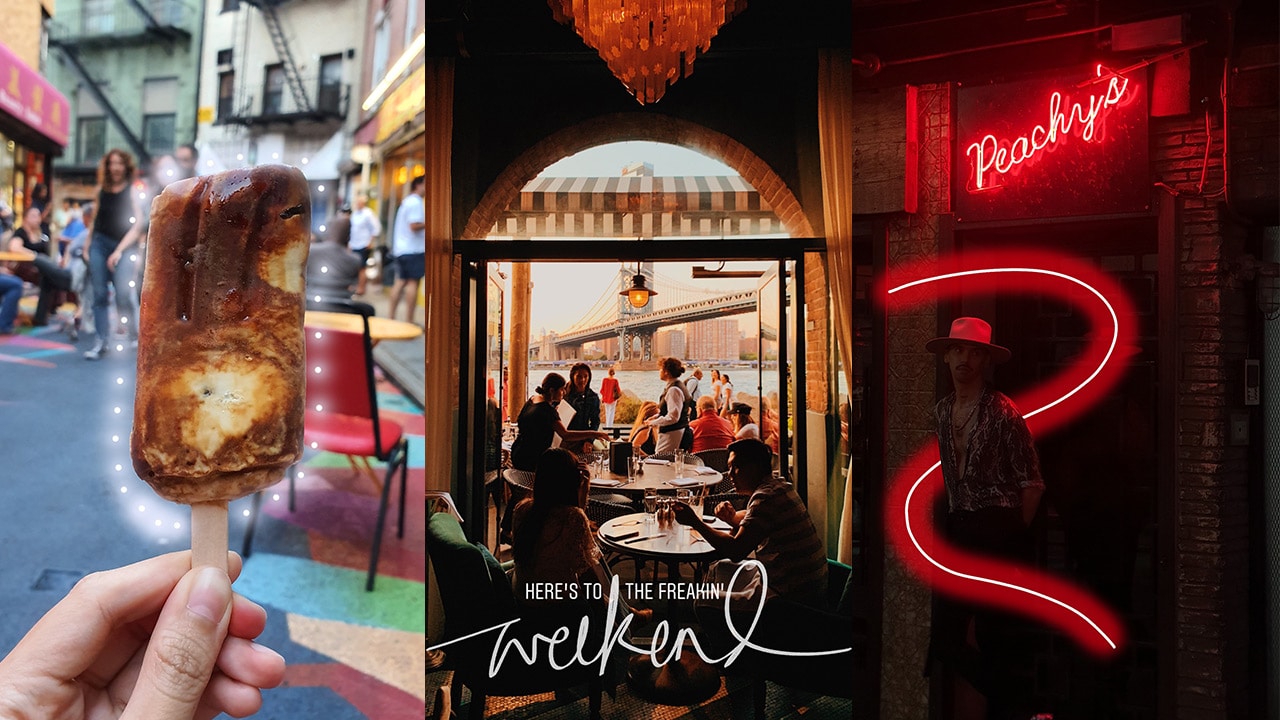 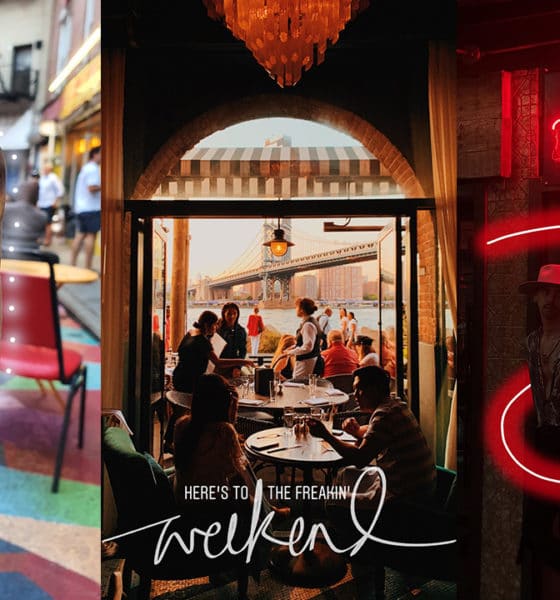 Instagram has become an outlet for a lot of creatives over the years. It’s evolved from a platform where we share mundane photos of food and moods to hyper-curated grids — until Instagram Stories was introduced, that is. If you’re one of those people who barely post anything other than stories, here are some easy and not-so-simple ways on how they can look better so you can tell your stories better:

Use the native camera app 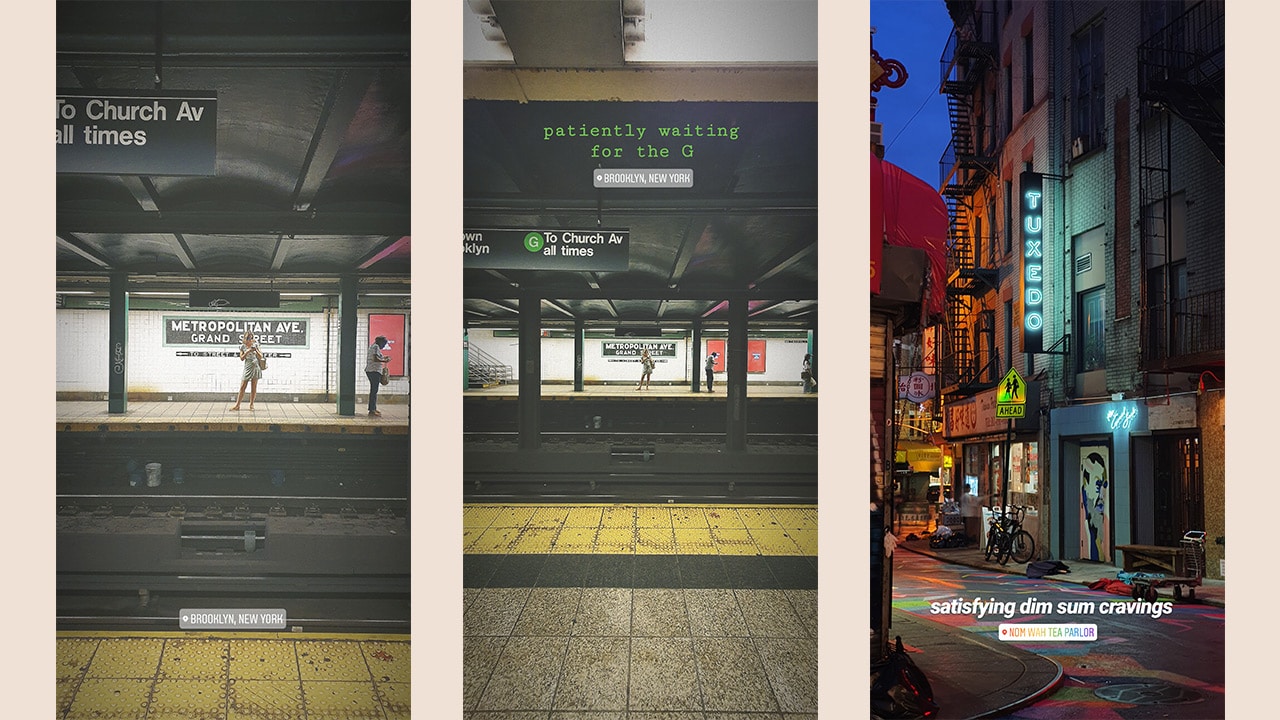 Most phones released in 2019 now have at least two different cameras — a combination of wide angle and telephoto, or wide angle and ultra-wide angle. Some even have up to three or four in total. Take advantage of these lenses by taking your photos on the native camera app instead of going straight to Instagram. By using an ultra-wide angle lens you can fit more in your shot without walking several steps backwards. If your phone has a built-in night mode, your low light shots will also turn out much better when you take them using the camera app instead of  Instagram’s camera.

“Wrap” your caption around shapes 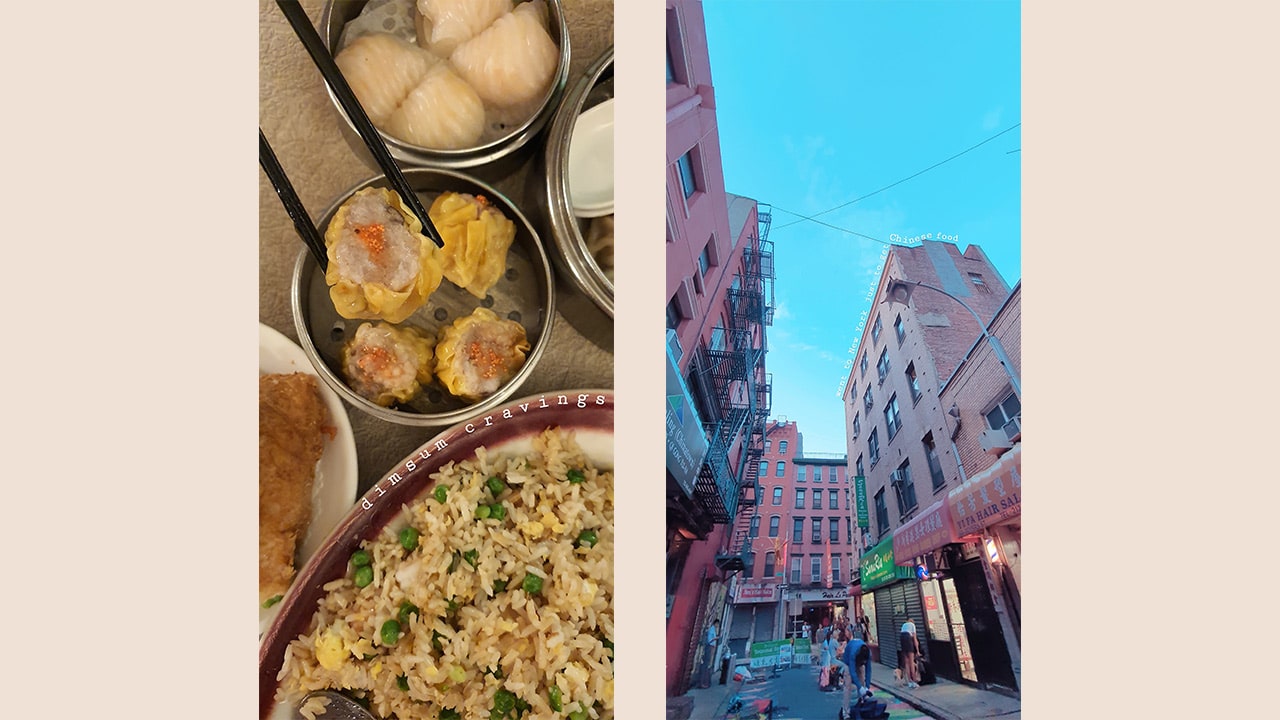 If your caption is a bit long, get creative by wrapping them around your subject’s shape. If you have a photo of food or coffee for example, you can type the letters one by one around the plate or cup. 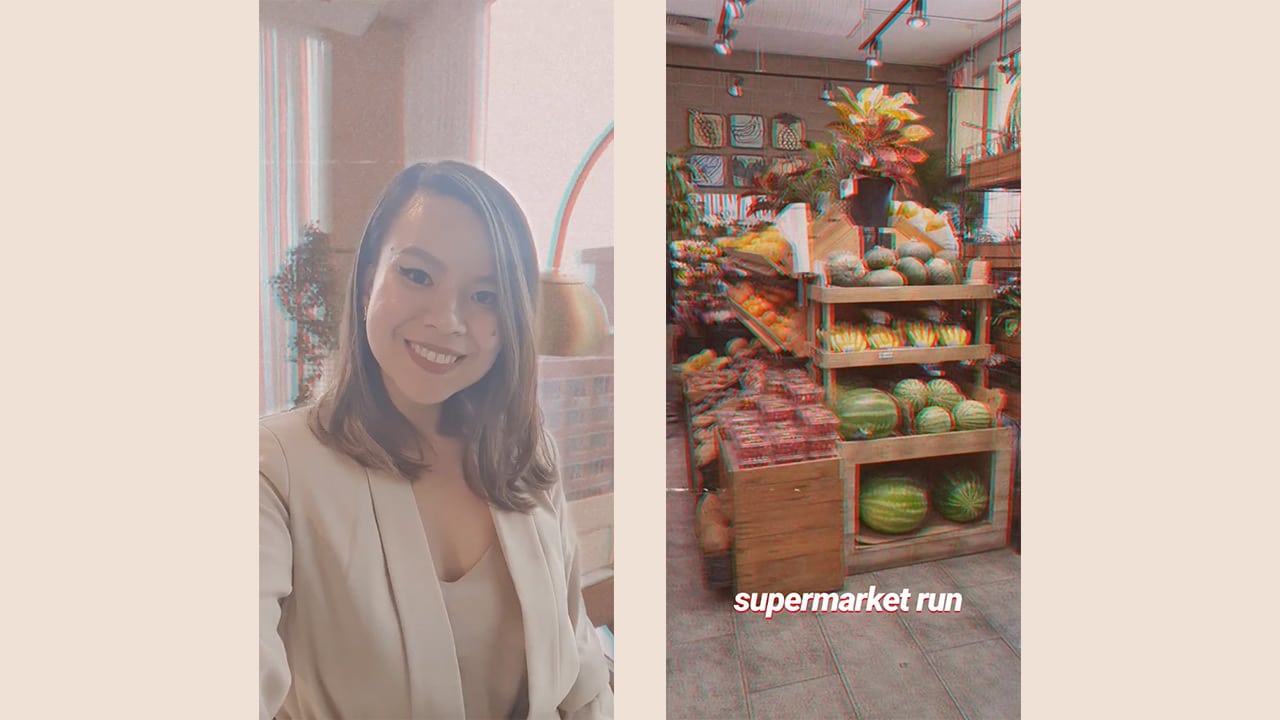 Smartphone cameras are getting more and more features each year. On the Samsung Galaxy Note 10 for example, there’s a feature called Live Focus Video where you get a TV glitch filter. This adds a retro, vaporwave aesthetic to your videos without having to install a third party app. 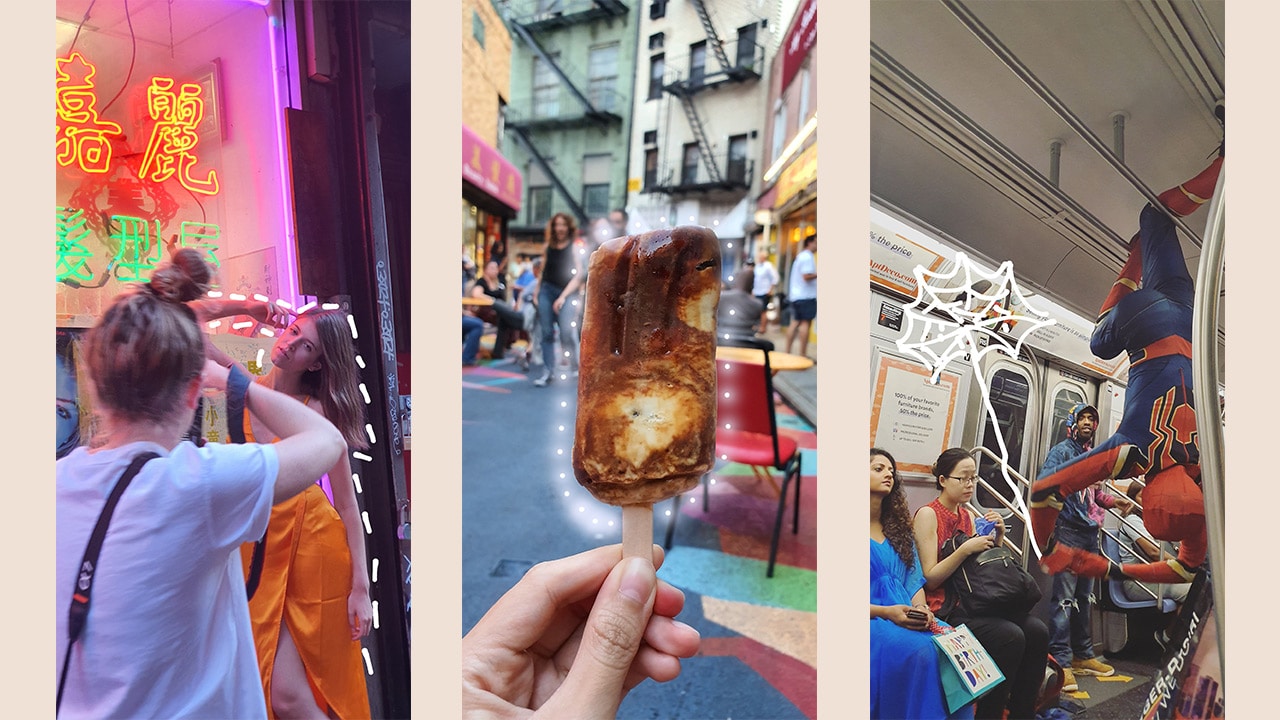 Make your subject pop by doodling around it. You can add dots, lines, hearts, stars, or broken lines around it — whatever you can think of! Doodles can also add a better narrative to your story than captions when Spider-Man appears out of nowhere for instance.

By simply adding small GIFs like stars around your caption, or integrating word GIFs into your caption can make it look like it’s animated. If you have a Samsung Galaxy Note 10, you can also get animated handwriting with the S  Pen using the phone’s native editor whether that’s on a photo or a video. 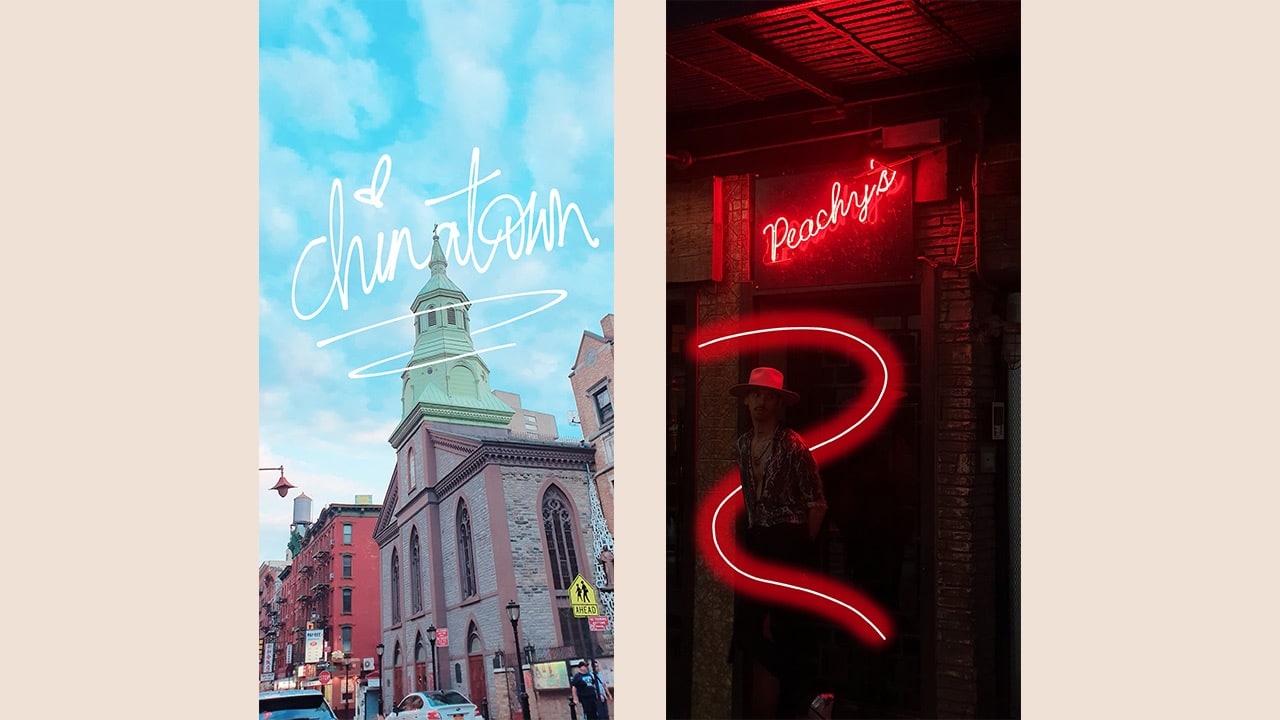 Mix fonts with your handwriting 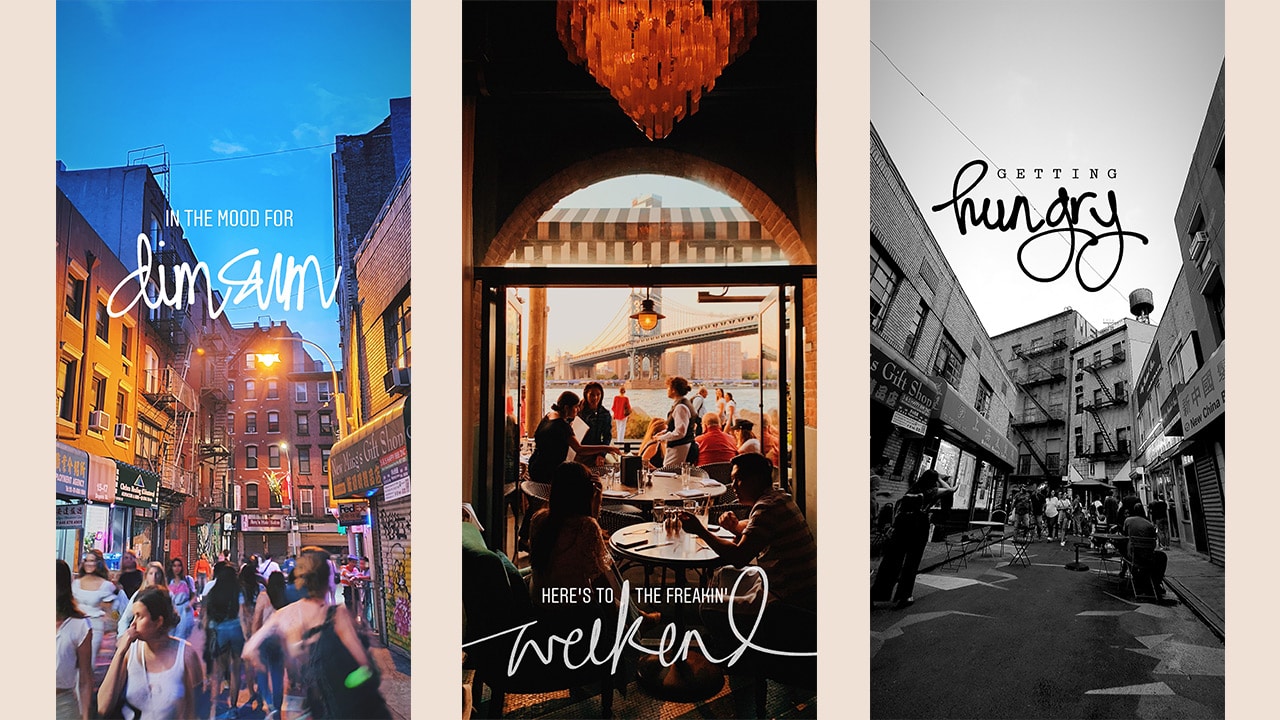 Instagram’s font selection may be limited but doesn’t mean your imagination should be. Pick any font to write your caption with — ideally anything but Neon — then pick one word to replace with your handwriting. You can also play around with tracking by simply adding spaces in between letters.

The trick in making your Instagram Stories look better is to not overshare and not overdo any of the effects. Just because you can add GIFs doesn’t mean you should plaster the entire screen with them. While it should feel more raw than your posts, be more purposeful in what you share — always try tell a story whether you’re sharing a photo or a video. It’s called Instagram Stories for a reason.

How do you make your Stories different? Share your tips with us in the comments section below.