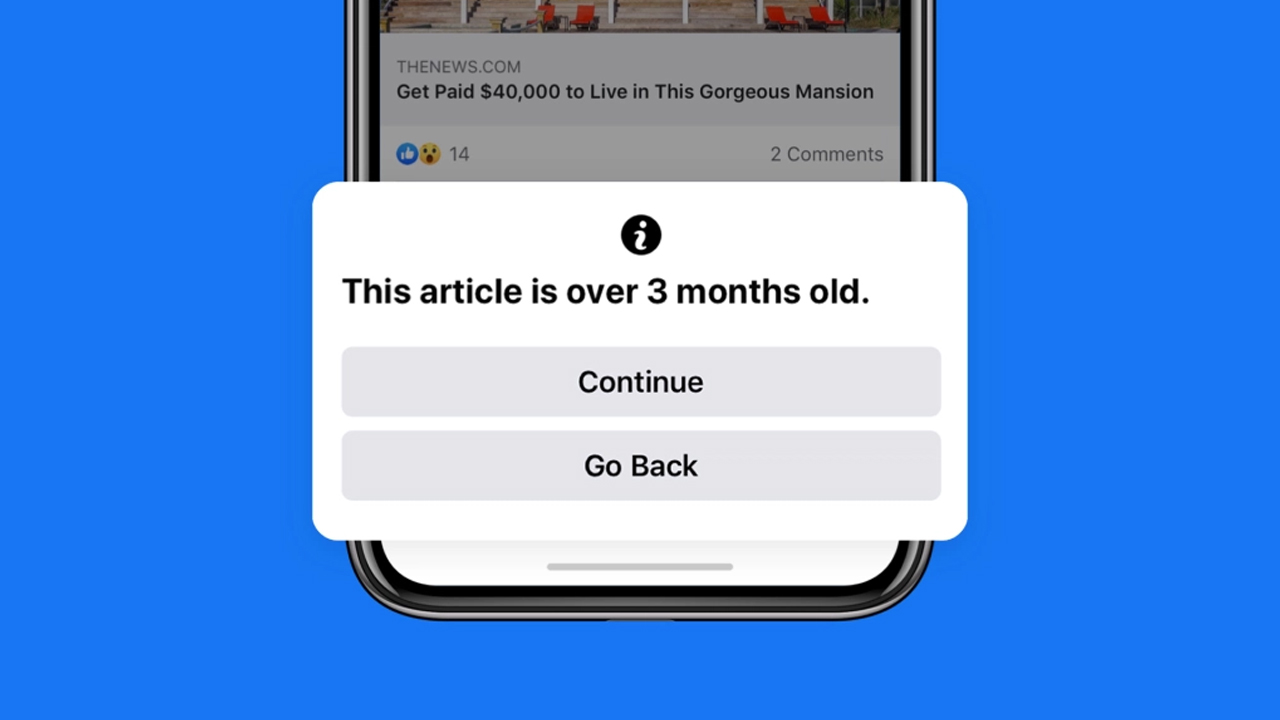 It happened to you before. Admit it. One night, you’re browsing through Facebook. Suddenly, you see an article saying, “tomorrow is officially a holiday,” bundled with tomorrow’s date. Out of excitement, you click on the link, share it to your friends, and revel in the excitement of a sudden holiday. Then, minutes later, your friends send you the most disappointing news. Apparently, the news you just saw was from last year.

Who can blame you at seeing such exciting news? Of course, the embarrassment says otherwise.

Thankfully, in a combat outdated news, Facebook is rolling out an update that will alert you if you’re about to share an article older than 90 days. Released today, the update will not bar you from posting the old article. However, it will tell you how old it is and will ask if you still want to post it.

More than preventing the embarrassment of sharing old holiday announcements, the update will fight against the confusion brought about by outdated news. Today’s trending topics have notably caused people to unearth related but dated articles from the past, which don’t necessarily apply to today’s news.

(Most recently, a sizable trend shared news that Samsung was leaving China as a base of operations. The news was dated some time ago, when, in fact, Samsung is increasing its investments in the region.)

Facebook’s new update goes hand-in-hand with the platform’s recent initiatives to reduce fake news and hate speech — a position it took after mounting protests from its own employees.