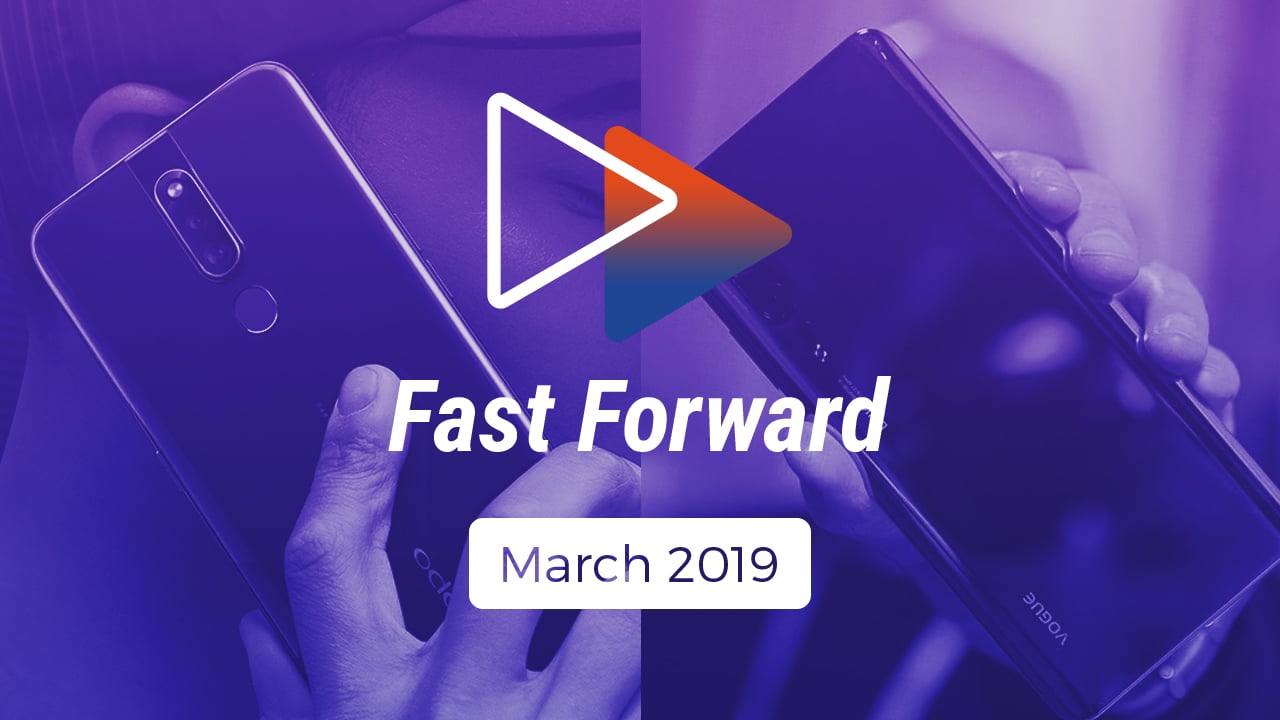 Curious about what to expect in the tech world? Here’s a quick roundup of upcoming events and launches happening in March!

OPPO chose not to have a launch at MWC 2019, but they did showcase the future of mobile photography. That doesn’t mean they have nothing new to offer this year, though. After Vivo’s V15 Pro, it’s now OPPO’s turn to unveil their own pop-up selfie camera phone for the midrange market: the F11 Pro.

The F11 Pro has been making rounds online and OPPO is not exactly hiding the phone from the public. Check out the official video highlighting the key features of the phone:

Based on early info available from OPPO’s website, the F11 Pro will have an AI-driven 48-megapixel rear camera, pop-up selfie camera, a notch-free display, and VOOC 3.0 fast charging. The phone will come in two color finishes called Thunder Black and Aurora Green.

The official launch of the F11 Pro will happen on March 5 in India.

A couple of weeks after its initial announcement, Samsung will start selling the new Galaxy S10 series. The tenth-generation Galaxy S phones were already launched in a number of countries worldwide and pre-orders are open.

The cheapest model is the Galaxy S10E which starts at US$ 750. The regular Galaxy S10 will be sold for US$ 900, while the bigger Galaxy S10+ is priced at US$ 1,000. Regional pricing varies, so be sure to check out the prices in the Philippines and Singapore.

If you’re confused about which Galaxy S10 model to get, we have a handy comparison article that could help you decide which is your GadgetMatch.

We’ll get to see the Huawei P30 officially

We already saw the leaks, and we’re pretty sure more will come in. So, when is the official launch happening? Mark your calendars for March 26, because Huawei will finally give us the P30 series. Paris, France was chosen again as the venue.

What can we expect from the P30 or the P30 Pro? There are contradicting leaks online, but the latest scoop tells that it’ll have at least a triple rear camera setup, curved OLED display, in-display fingerprint sensor, and Kirin 980 chipset.

The launch is happening towards the end of the month, so be sure to check GadgetMatch daily for updates regarding the P30 series.