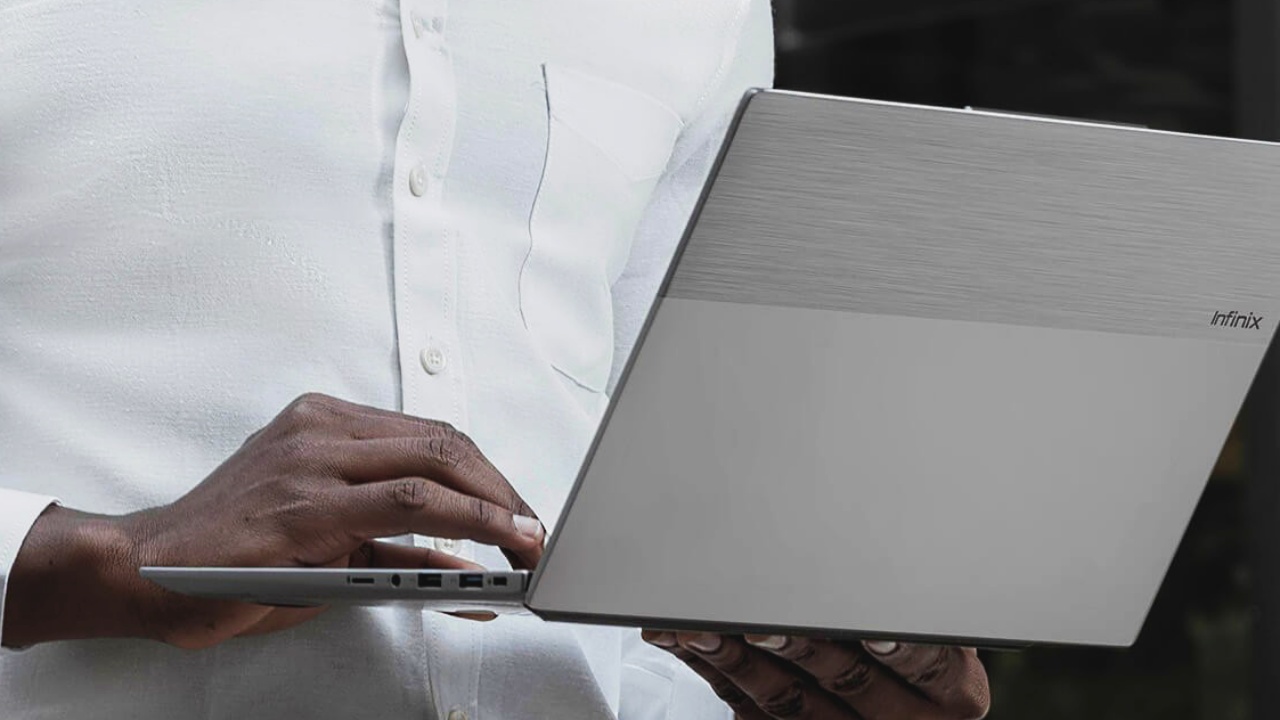 Eight years since entering the tech industry, fast-rising smartphone company Infinix is venturing into the laptop market with its first-ever laptop: the INBook X1.

Described by the brand as “lightweight but workload-ready”, the INBook X1 weighs just under three pounds and has a 16.3mm thickness.

The 14-inch laptop is preloaded with Windows 10, equipped with Intel Core i3/ i5 processor which clocks at up to 3.6 GHz and has a memory of 8GB.

Considered as a company milestone, the INBook X1 takes pride in being extremely portable but built for heavy activities like data processing and programming, perhaps primarily catering to adults working from home, online students and small business owners.

One of the unique features of the debuting laptop is its cooling system which employs military-grade air ducts to instantly bring down temperatures when the machine is performing demanding tasks.

INBook X1 also comes in a sleek and stylish aircraft grade full-metal body, with a large 14-inch screen with a full HD IPS display that can be tilted up to 180° viewing angle for optimum flexibility.

When it comes to power, the laptop’s 55 watt-hour battery guarantees 11 hours of screen time for web browsing, video playbacks and other tasks.

It comes with a small charger which replenishes battery life by up to 70 percent in just one hour, making it a handy companion for on-the-go users.

It also has the built-in InSync screen projection application which enables users to synchronize work files seamlessly between their laptops, TVs and smartphones.

INBook X1 is available for pre-order on Shopee starting October 10, 2021. The laptop is a welcome addition to Infinix’s products, as the company continues to grow its global presence. 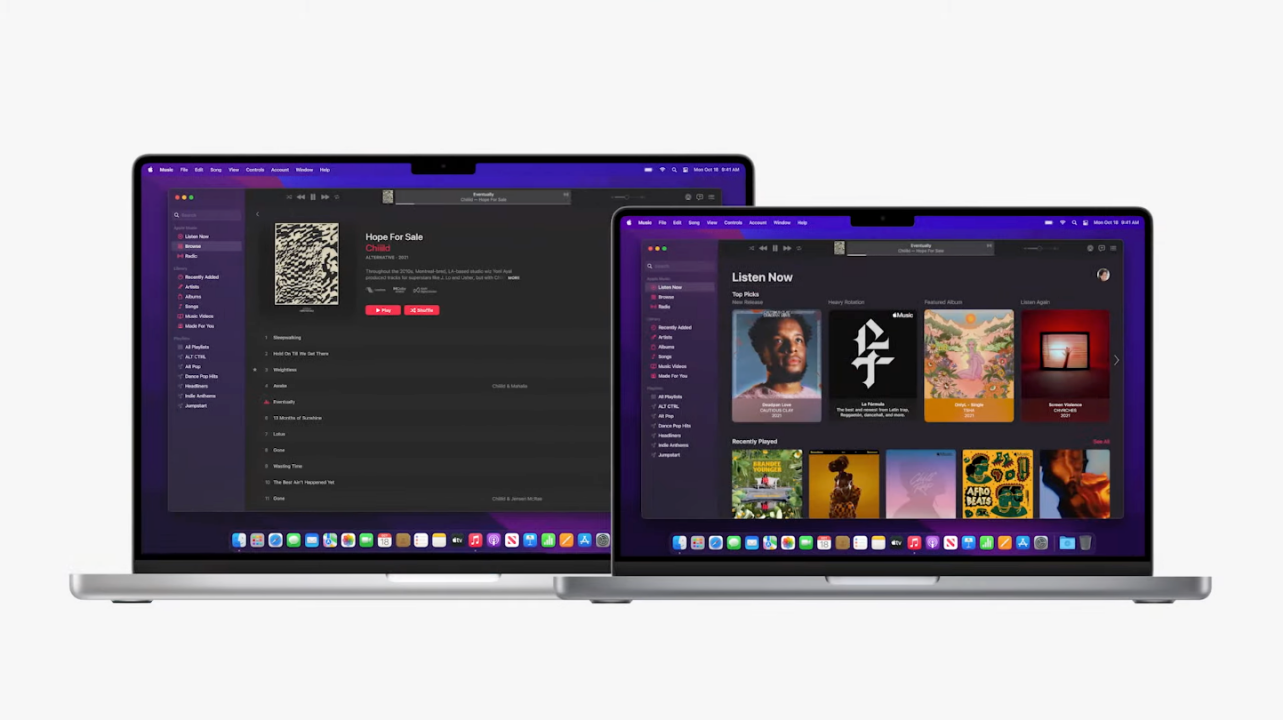 Following Apple’s October event that saw the reveal of new AirPods and the much anticipated new MacBook Pros, the aforementioned devices are now up for pre-order in Singapore! 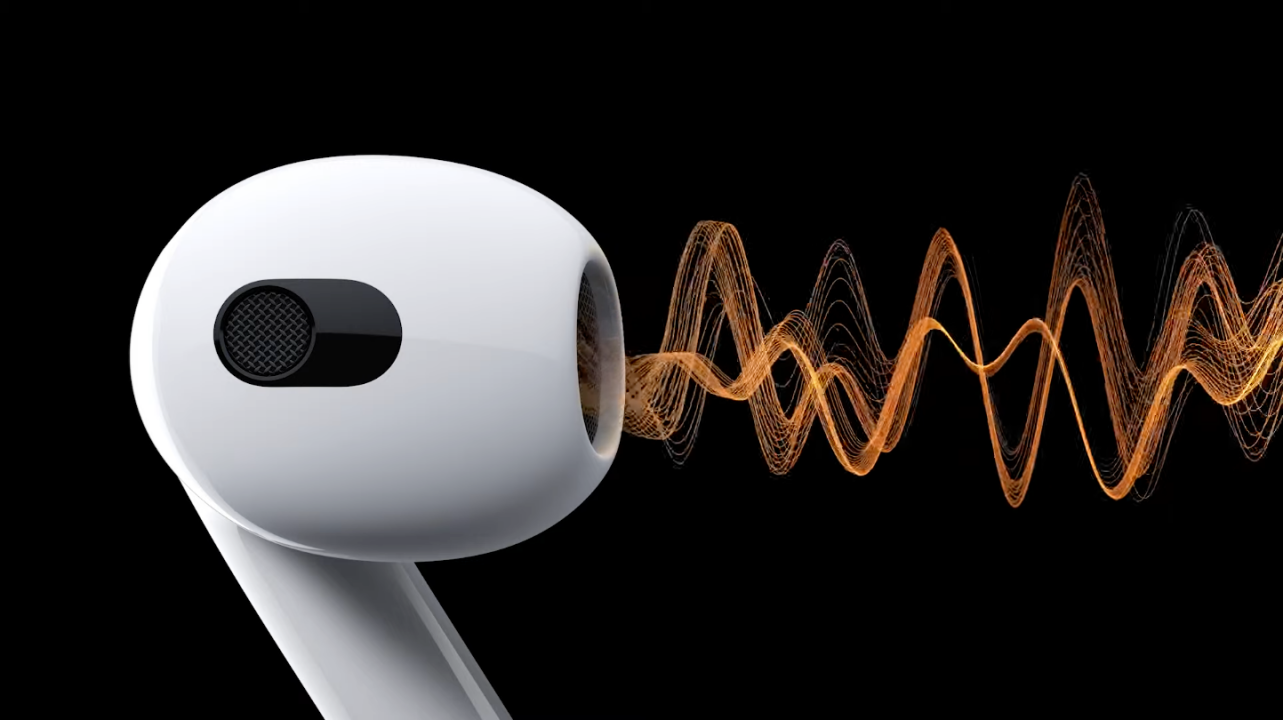 The latest addition to Apple’s AirPods family features Spatial Audio and Adaptive EQ. Both features contribute to a more immersive and more surround sound experience as you enjoy your favorite tunes from Apple Music or your favorite podcasts.

It retails for SG$ 269. Delivery begins on October 26. That’s also when it’ll be available in Apple Stores. 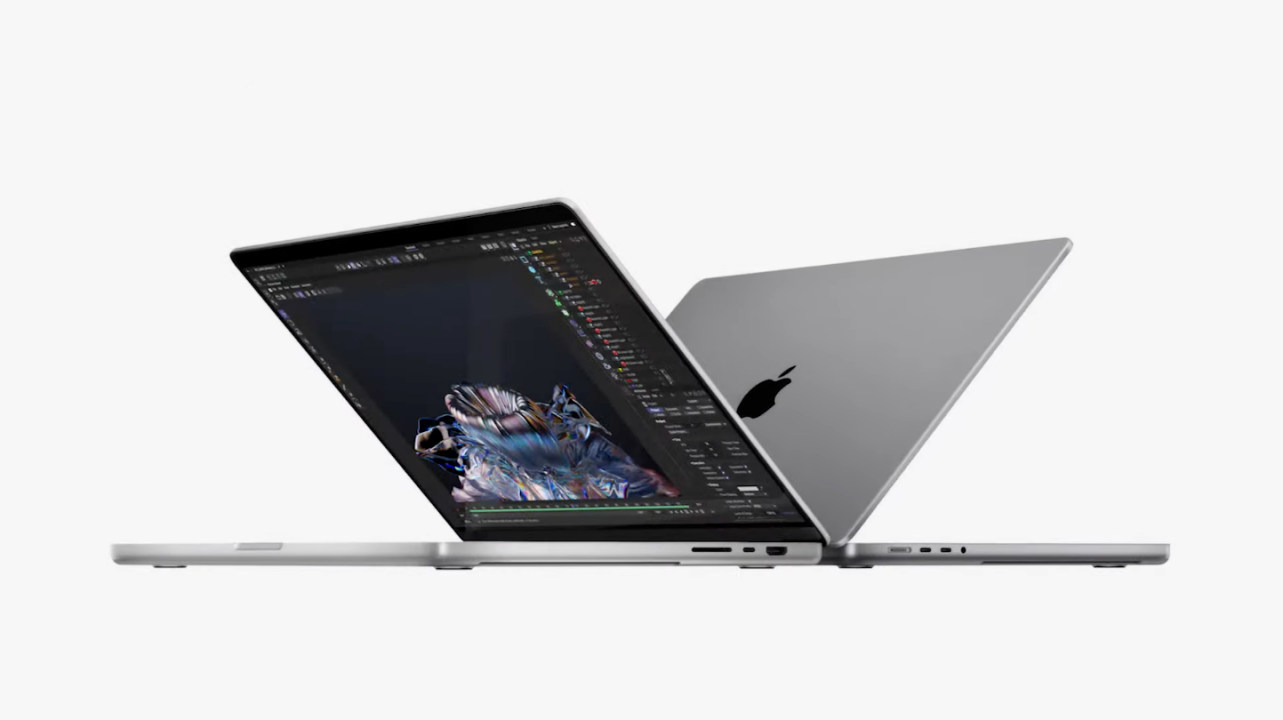 These 2021 MacBooks are the biggest update to Apple’s notebooks in years. Other than sporting the brand spanking new and super powered M1 Pro and M1 Max chips, the 14″ and 16″ MacBook Pros also got significant upgrades elsewhere.

Firstly, Apple has brought back the ports. Instead of just two Thunderbolt 3 ports, there are now three (3) Thunderbolt 4 ports, an HDMI port, and a must for pros — an SD Card slot. The 3.5mm jack also gets an upgrade allowing support for high grade headphones.

The display also gets an upgrade promising 1,000 nits of sustained brightness, as well as Promotion for that oh so smooth 120Hz refresh rate.

Delivery begins on October 26. That’s also when it’ll be available in Apple Stores. 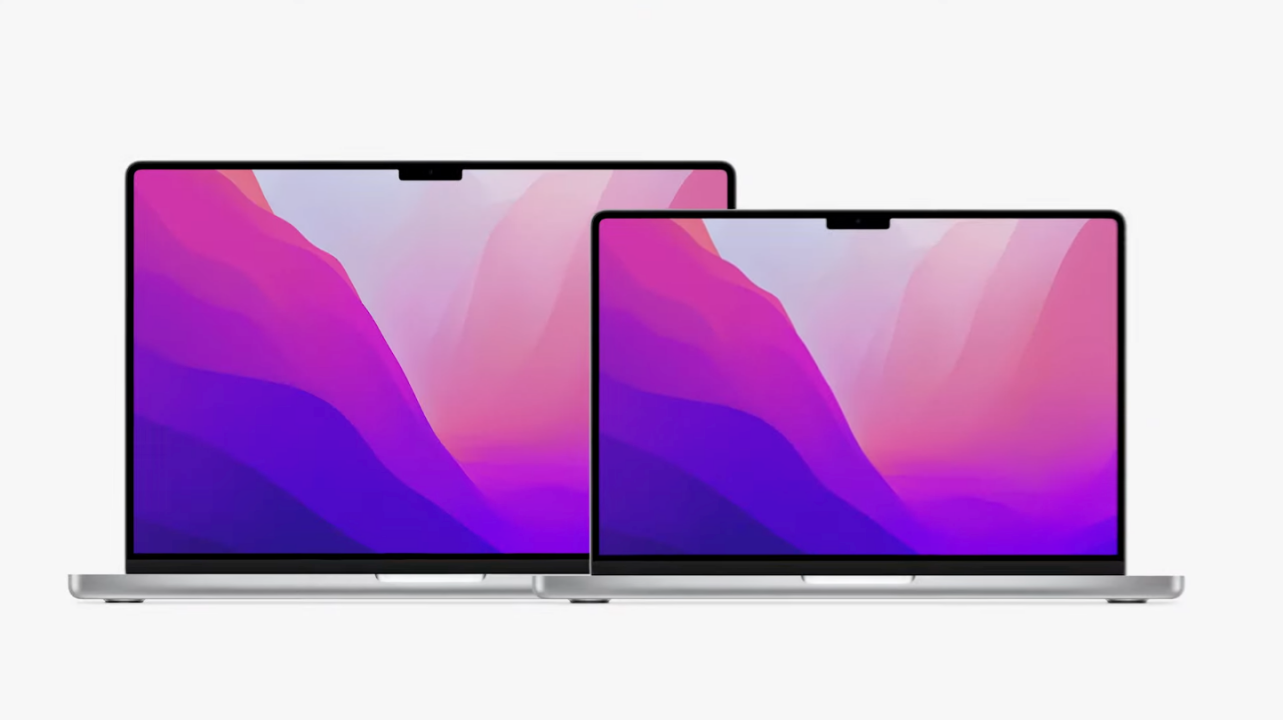 The MacBook Pro just got somewhat of a facelift as Apple introduces the new 14″ and 16″ MacBook Pros. Just with the sizes alone, longtime MacBook users will already see a difference as previous MacBook Pros used to come in 13″ and 15″ variants.

Let’s rundown everything that’s new in what Apple promises to be hyper-powered notebooks. 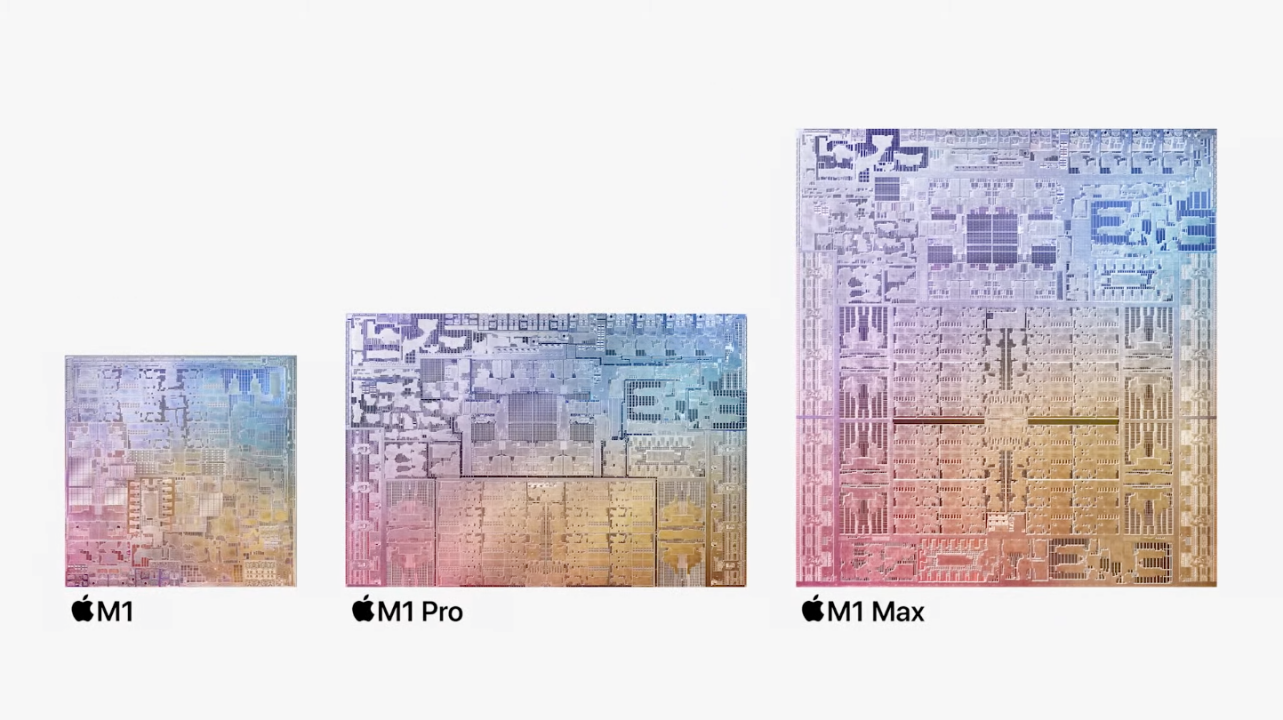 The new MacBook Pros are powered by Apple’s latest and greatest processors. Want the numbers that fly over most people’s heads? Here you go:

M1 Pro — Up-to-10-core CPU with eight high-performance cores and two high-efficiency cores, along with an up-to-16-core GPU. That’s up to 70 percent faster CPU performance than M1, and up to 2x faster GPU performance. Delivers up to 200GB/s of memory bandwidth–nearly 3x the bandwidth of M1 and supports up to 32GB of fast unified memory.

This allows for real time rendering on hyper demanding tasks like video editing, 3D modelling, game designing, and many others.

It has a notch 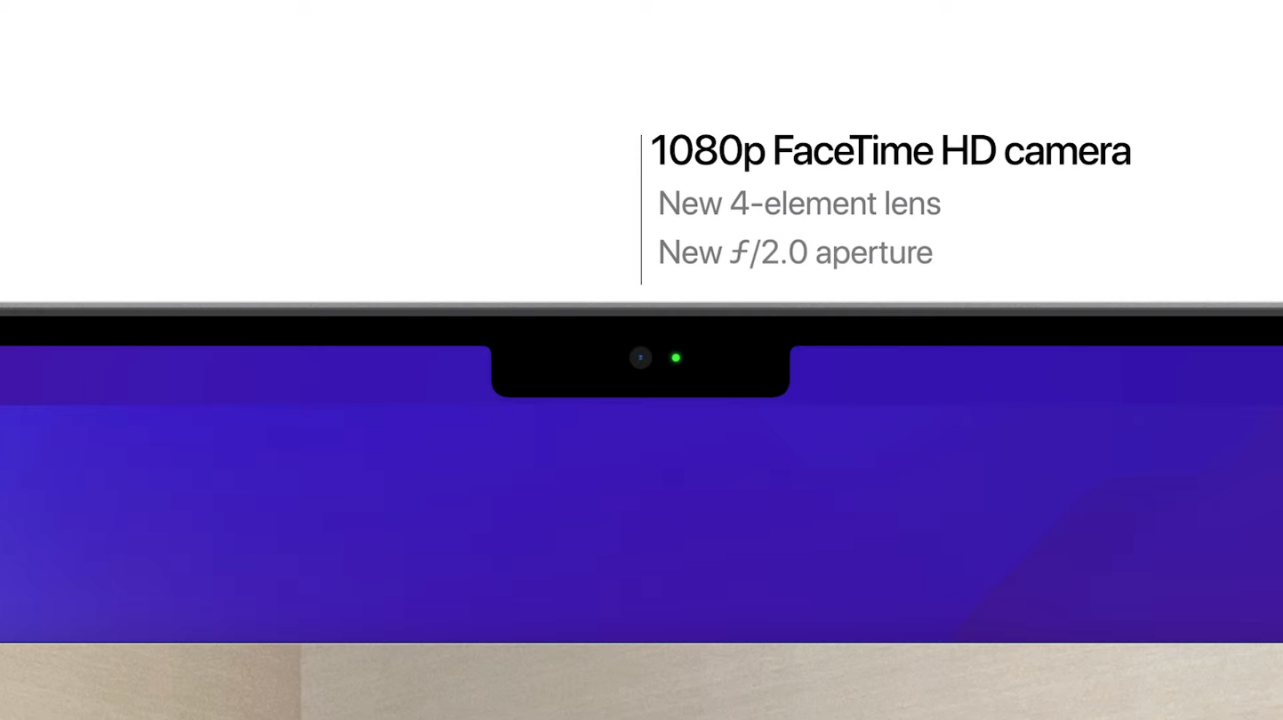 Now that we know what matters on the inside, let’s address what will likely be the most noticeable aspect on the outside. Like the iPhone, the new MacBook Pros now have a notch. It sits in the middle of the menu bar to be less of a distraction.

Housed in the notch is the much improved 1080P FaceTime HD camera with an f/2.2 aperture to let more light in — crucial in our daily working lives that is now dominated by video calling. Other features include machine learning based noise reduction and face detection, local tone mapping, auto white balance, auto exposure, and Smart HDR. Noticeably missing — there’s no Face ID.

A display for discerning eyes 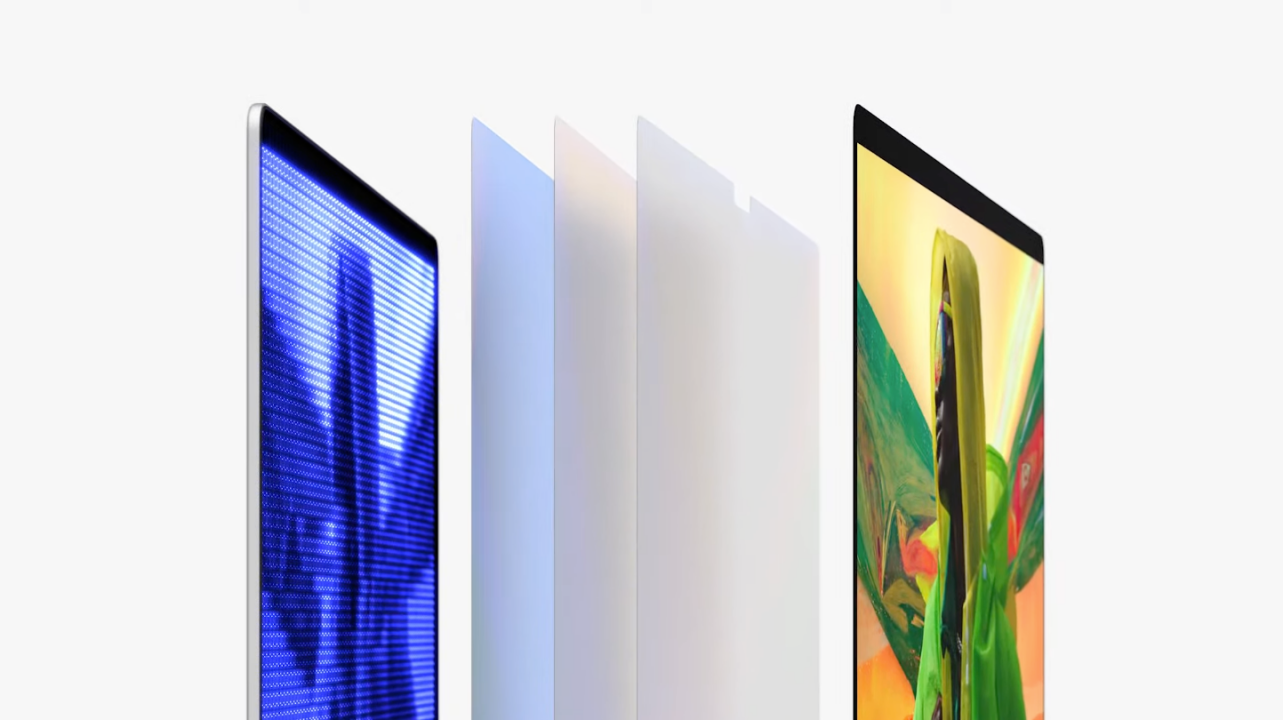 The display on the new MacBook Pros get significant upgrades. Officially called the Liquid Retina XDR Display, it features the same mini-LED technology found on the iPad Pro. It’s promising 1,000 nits of sustained, full-screen brightness, 1,600 nits of peak brightness, and a 1,000,000:1 contrast ratio. The display also has ProMotion which means a 120Hz refresh rate for an even more eye-pleasing experience.

As the sizes suggest, they are also indeed larger than their predecessors. The 16″ model offers a 16.2-inch display with 7.7 million pixels–the most ever on a Mac notebook. Meanwhile, the 14″ model has a 14.2-inch screen with 5.9 million pixels.

Bringing back the ports 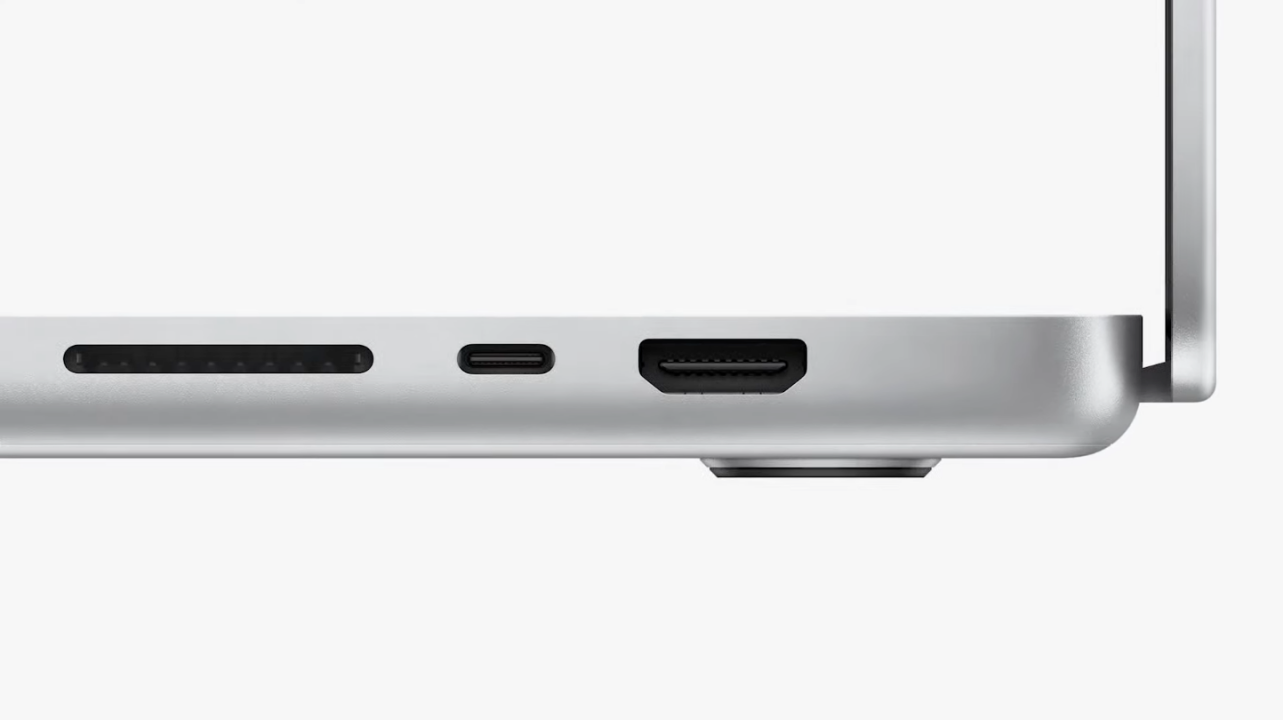 Making a comeback in this iteration of the MacBook Pros are more ports. Both models will get the following:

Also making its way back to MacBook is MagSafe. MagSafe 3 makes connecting a charge cable quick and easy while protecting MacBook Pro. It also introduces fast charging to the Apple’s notebooks getting you to 50 percent in just 30 minutes. 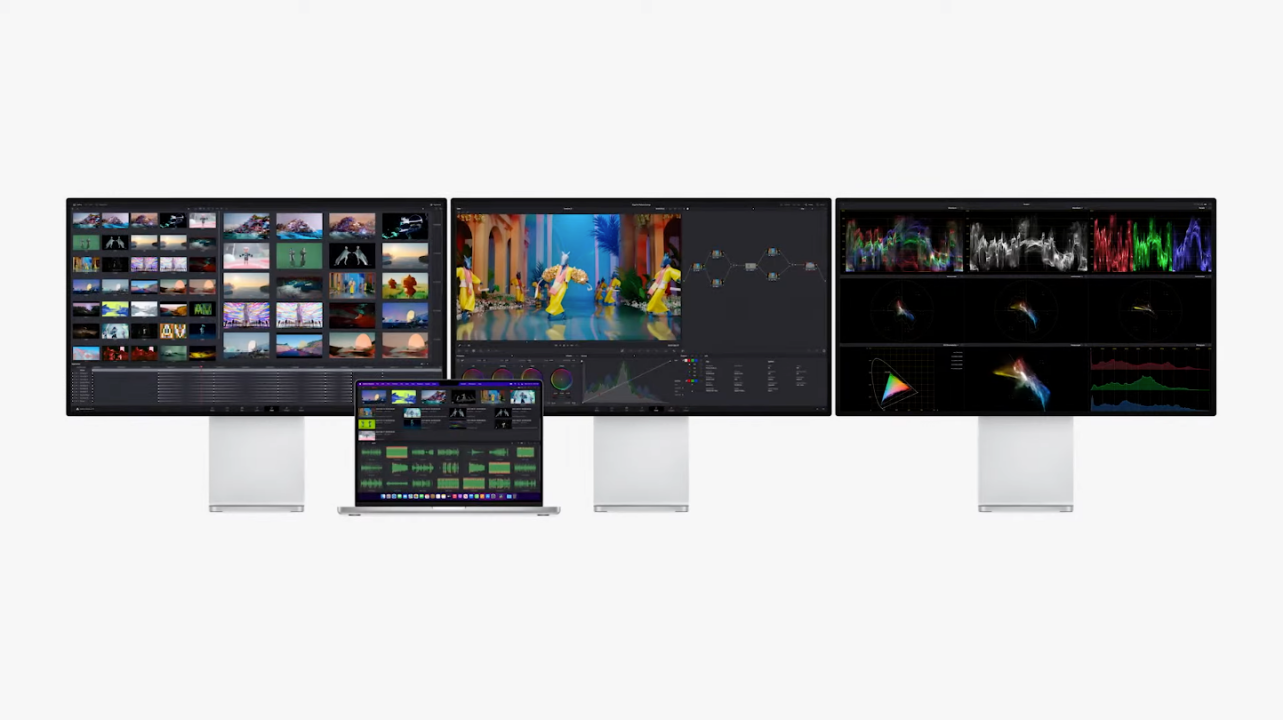 Apple’s latest hardware will naturally come with their latest software. These new MacBook Pros have macOS Monterey right out of the box. That means users will get to enjoy the best of what Mac has to offer.

The long list of features include, but are not limited to: Live Text and Visual Lookup, Continuity, Shortcuts, SharePlay, Universal Control, and many more.

Of course there are the popular Mac apps which will run even smoother now and will allow you to create more like Final Cut Pro and Garage Band.

In the US, the new MacBook Pro models with M1 Pro and M1 Max are available to order today on apple.com/store and in the Apple Store app. They will arrive to customers and will be in select Apple Store locations and Apple Authorized Resellers starting Tuesday, October 26. Pricing are as follows:

It will be available in Singapore soon with the following pricing: 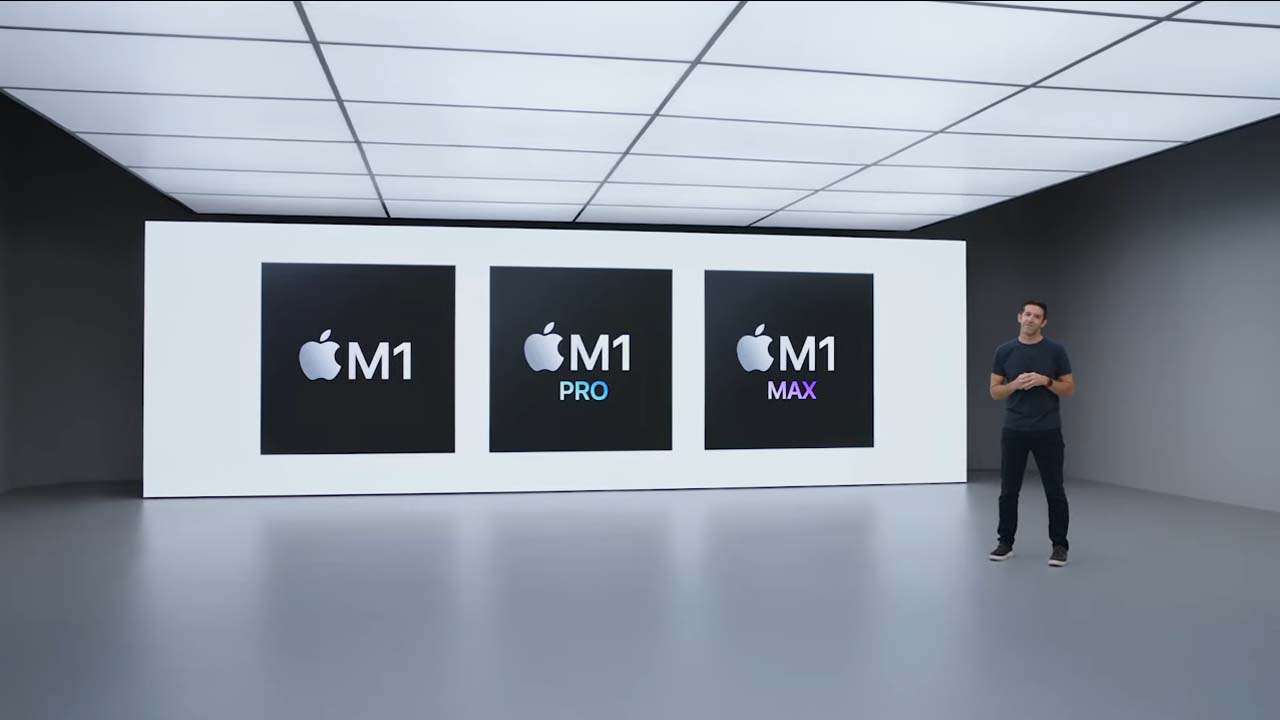 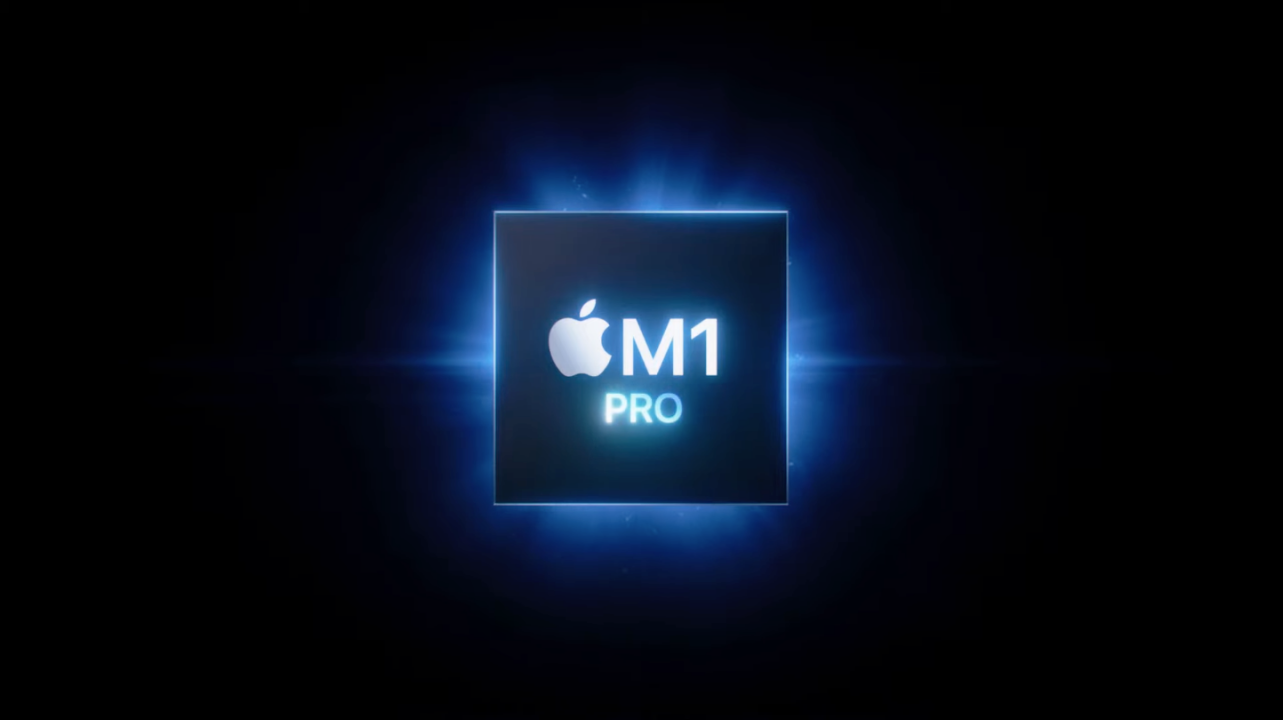 Featuring ten cores (configured with eight high-performance cores and two energy-efficient ones), the M1 Pro boasts masterful performance with 33.7 billion transistors. It can reportedly perform 70 percent better than the M1 chip. With double the width, it can fit up to 32GB of unified RAM. Additionally, the chipset’s GPU packs in 16 cores inside. 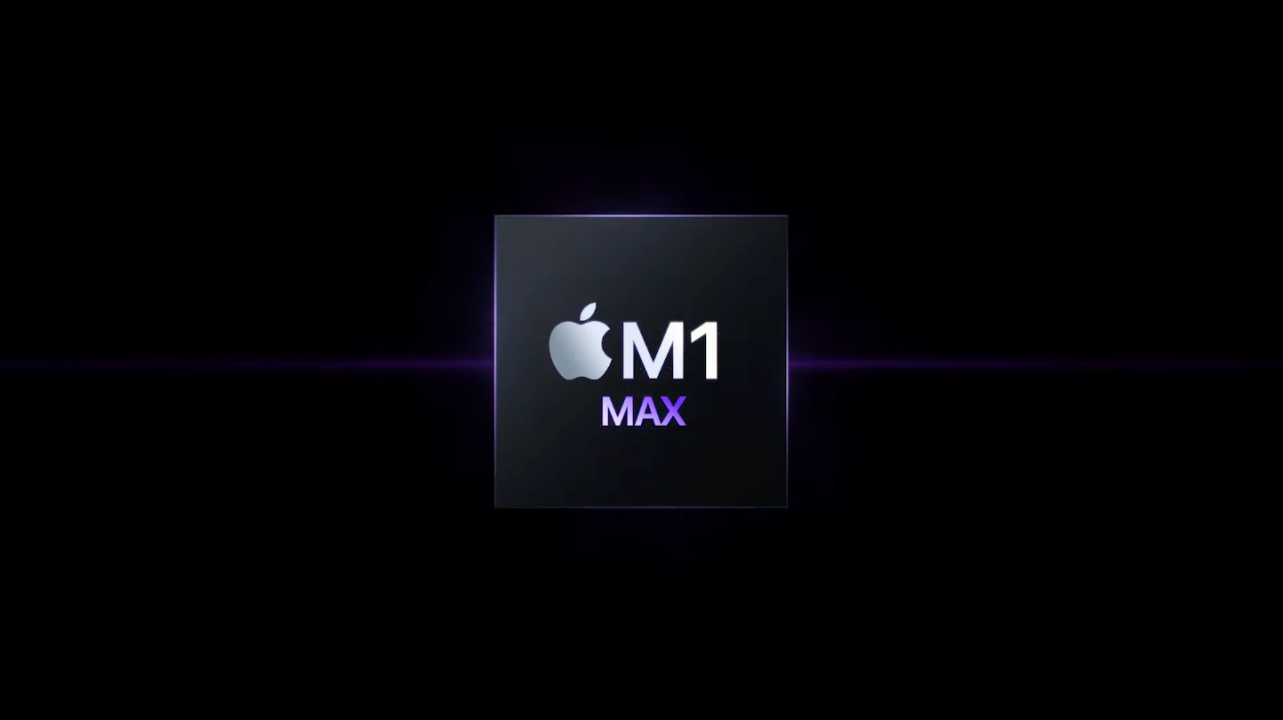 Pushing further than the M1 Pro, the M1 Max features 57 billion transistors inside its lithe frame. Though touting the same 10-core setup as the M1 Pro, the Max can pack up to 64GB of unified RAM. Likewise, the chipset’s GPU comes with 32 cores.

With the new chipsets, Apple is pushing its notebook lineups in the performance department. Both can supposedly perform several times better than a PC laptop’s integrated and high-end graphics cards. And despite the boost in performance, they can still deliver by using considerably less power. For example, the M1 Max can reportedly perform with 70 percent less power than PC laptops.