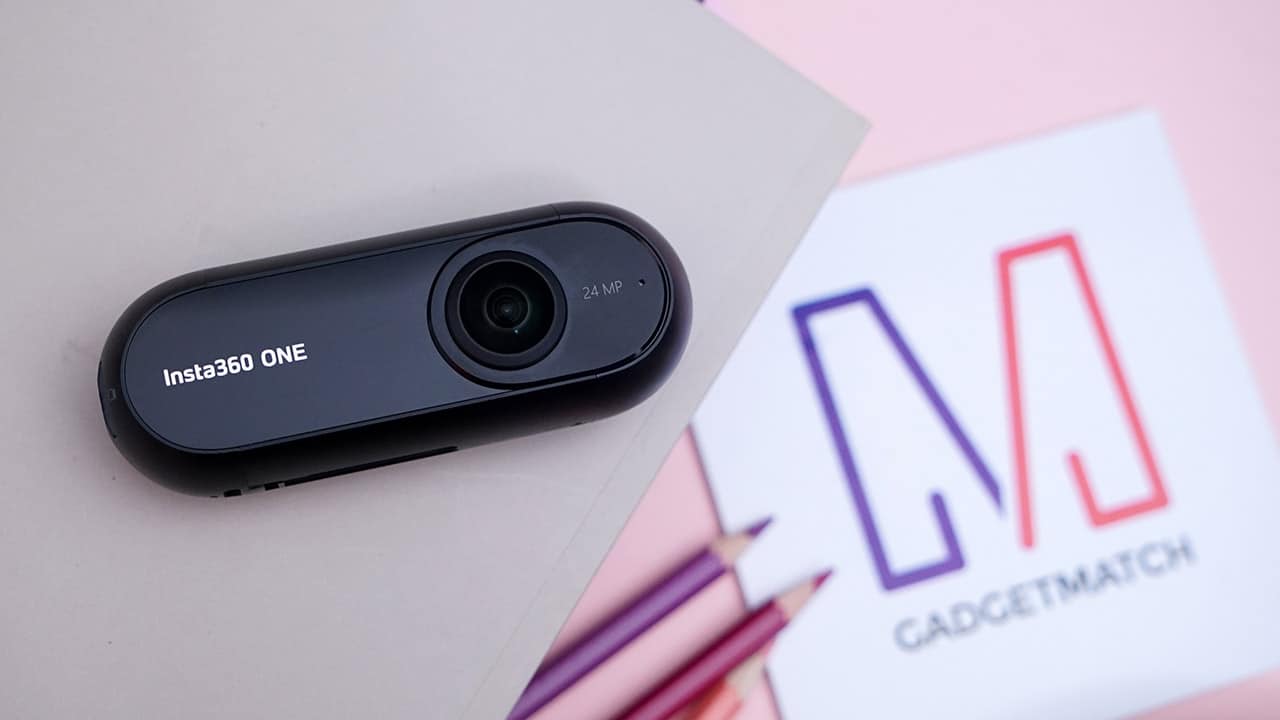 360 cameras have been all the rage these days, but none of the new camera releases have really excited me — until now. Insta360’s newest device promises a new camera experience, and it may very well be a game-changer in the video department.

The Insta360 ONE is the latest release from the Shenzen-based company known for their 360-degree cameras. With the launch of this new gadget and following the success of their last plug-and-play devices, I was left wondering: What more could they do with the technology? 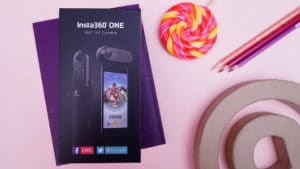 The answer? A lot more.

The Insta360 ONE is a tiny device that fits in the palm of my hand and is capable of 4K 360-degree videos, 24-megapixel photos, real-time 360 video streaming, and video stabilization. 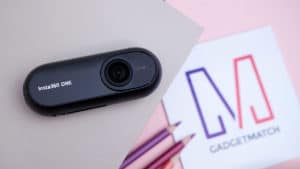 At the bottom of the device, we find a micro-USB port for charging and a small switch to release the Lightning connector for your iPhone. The Insta360 ONE is only compatible with iPhones at the moment, but Android users need not worry as there’s an Android version coming soon. 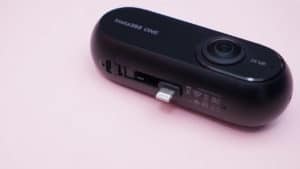 On one side, the Insta360 ONE has a socket for screwing on any standard tripod mount or even selfie sticks. The same side houses the microSD card slot which allows you to take photos and videos even without plugging the camera into your phone! 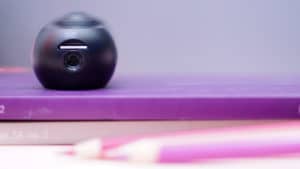 The camera also comes with this handy cover case which may be turned into a stand — pretty convenient! 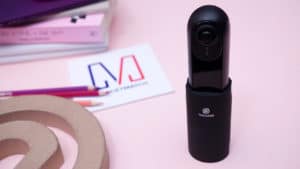 Plugged into your phone, the camera looks like this. It’s not the most stable mount but, surprisingly, it hasn’t fallen off my phone in the two days I’ve been using it — yet. 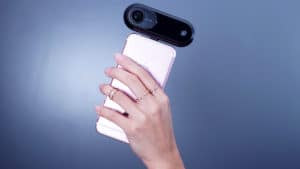 The Insta360 ONE comes with the Insta360 app. Once downloaded, you just plug the camera in and start shooting.

If you’ve used the Insta360 Nano, the app interface will be quite familiar to you — it has similar menus and you still have to use it with your iPhone upside down. The whole phone flipping bit still bothers me (as it bothered me when I used the Nano), though I do realize that until Apple decides to relocate their ports to the top of the phone, Insta360 has no choice in the matter. 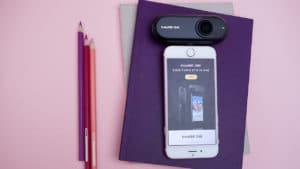 What has changed with the app is the new editing tool. This addition may very well be what could revolutionize video shooting on 360 cameras, and I’m not even exaggerating here. ? 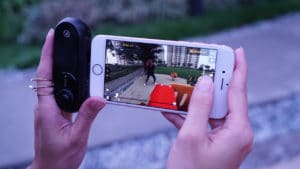 The Insta360 app allows you to go through the 360 video footage you just shot and frame your video according to whatever point-of-view you’d prefer. Think this: You’re reshooting the same scene with the benefit of having the whole 360-degree view, only this time around, you have control of what you see on your non-360 video.

Let’s be real: As cool as 360 videos are, unless you have the patience or the right tech for it, we don’t really watch them as much.

With the Insta360 ONE, that may change. This device allows for a more practical application to 360 videos — one that allows people to create and consume videos shot on the 360-degree format the way they would with normal videos. 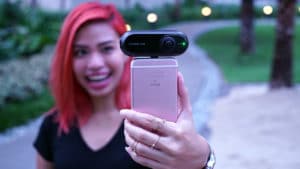 In theory, this seems like the most awesome thing ever. Undeniably, I’m very excited to try this new camera out more. Just think of all the vlog possibilities! 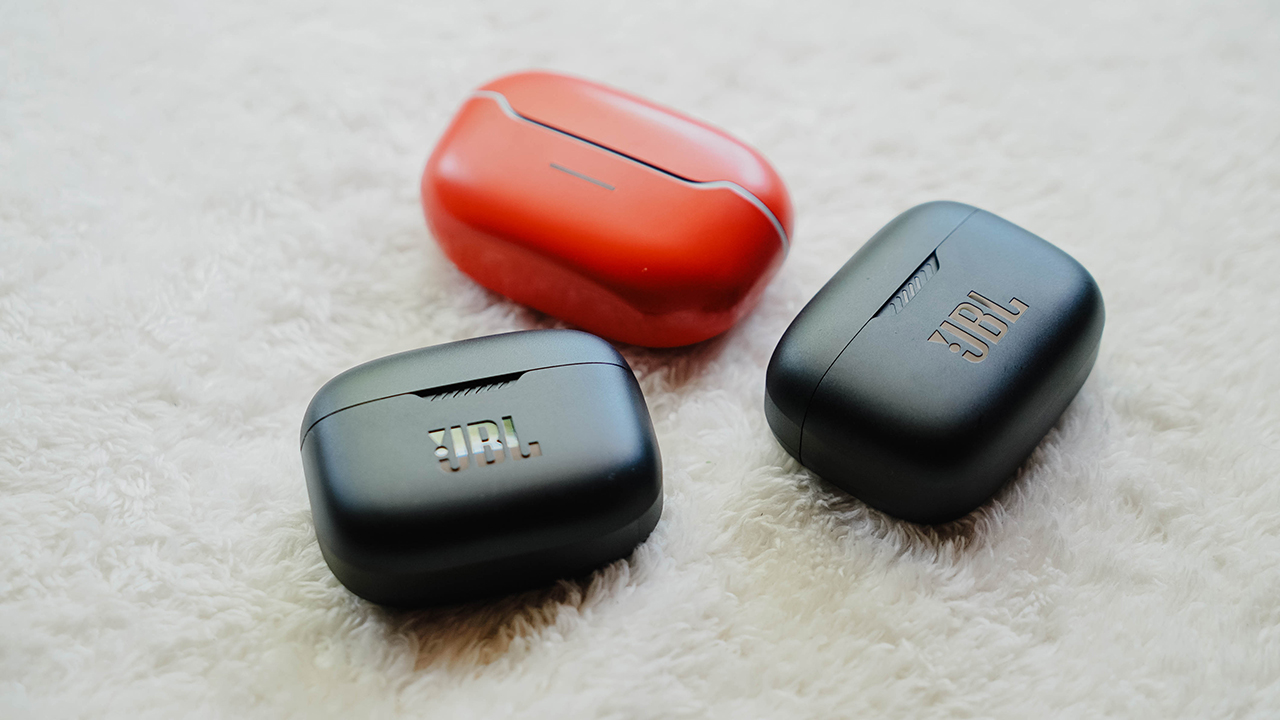 JBL is expanding its collection of True Wireless earbuds. After hitting it off with the popular Tune 125 TWS and Tune 225 TWS, the company is bringing the JBL Tune 230NC, Tune 130NC, and the Endurance RACE.

JBL Tune 230NC: For those who like the stem design 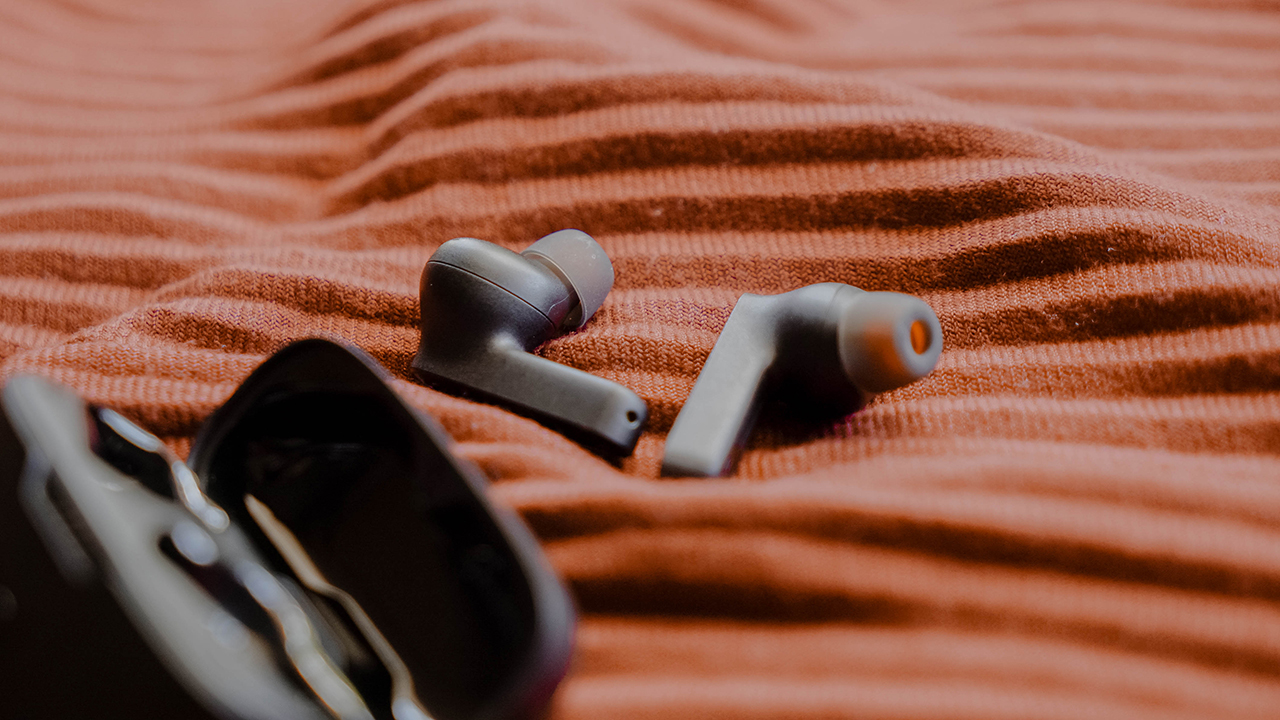 First on the new collection is the JBL Tune 230NC. It punches with JBL’s pure bass sound, together with its 5.8mm driver delivering splendid sound apt for people who are always on the go. Impressively, it has an active noise cancellation feature.

Also, it has four microphones for crystal-clear calls enabled in the stem design following its predecessor. Moreover, it has new silicone tips for a more secure fit and better bass performance.

The Tune 230NC aims to deliver 40 hours of playtime, and a speed charge feature that enables you an hour of listening after plugging it in for only ten minutes. 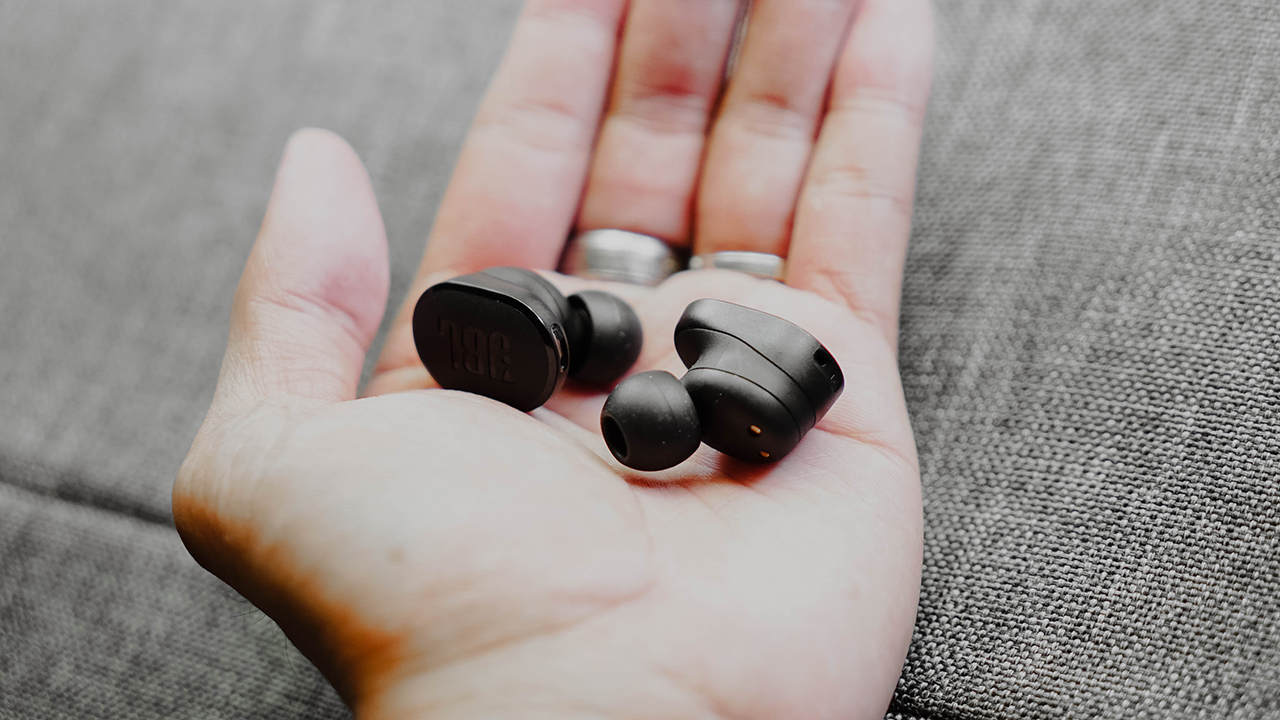 For those who prefer the in-ear ‘buds’, the JBL Tune 130NC provides style and substance through its design and functions. It carries JBL’s signature pure bass sound of up to 40 hours of combined playtime.

To top it off, it comes with active noise cancellation so you can listen intently to your favorite tunes while on the go. It also has four microphones to ensure crystal clear communication during calls. 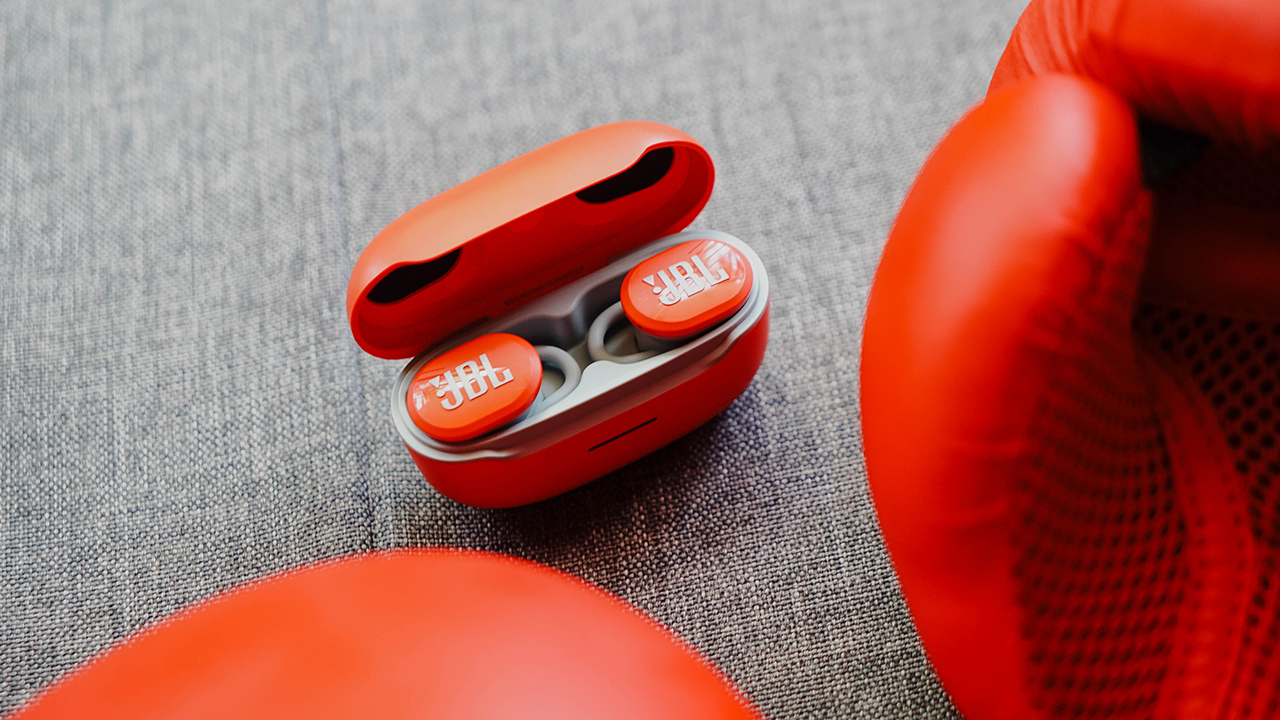 Fitness freaks and adventure buffs alike might find a new companion through the JBL Endurance RACE. The latest addition to the Endurance series delivers the same durability and comfort found on the JBL Endurance RUN, SPRINT, JUMP, DIVE, and PEAK headphones.

It has an IP67 rating that enables it to come along in your toughest workouts — dust, sweat, and splashes considered. RACE offers ten hours of continuous playback, with 20 hours of backup power through its charging case.

With its Pure Bass Performance audio, athletes can revel in music that accompanies them in pushing past any obstacles. However, too much focus can be a bad thing, which is why RACE’s Ambient Aware technology aids the athletes by helping them stay alert to their surroundings.

The JBL Tune 230NC and the JBL Tune 130NC retail for PhP 5,999 while the JBL Endurance RACE retails for PhP 4,999. The new pair of True Wireless earbuds are available at JBL’s concept stores, official dealers, and online stores nationwide. 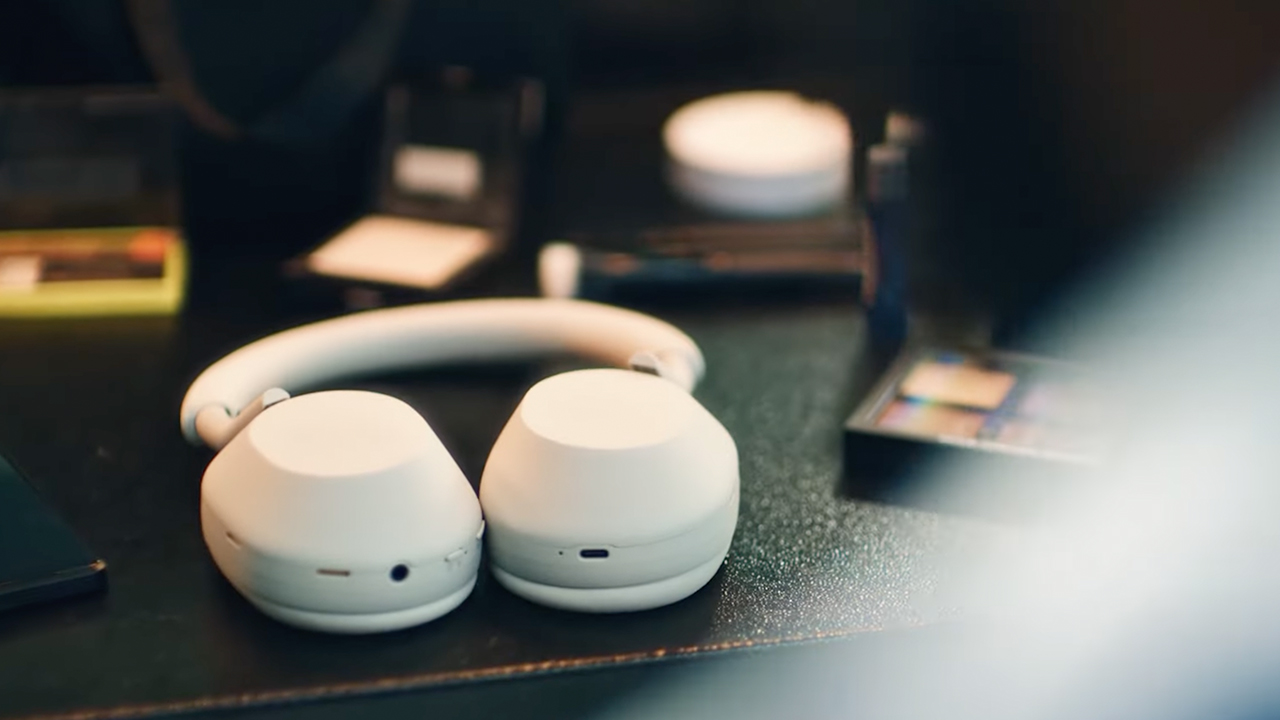