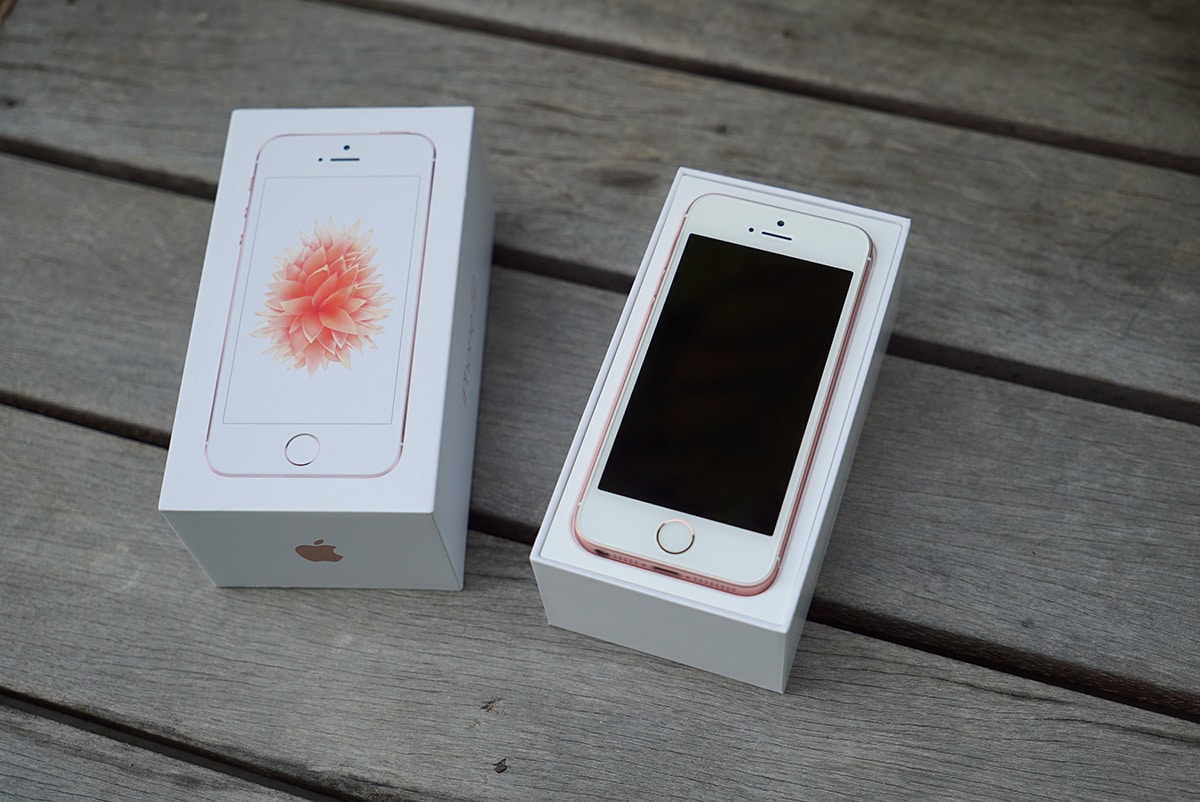 Size matters, but it’s not everything.

Love it or hate it, the iPhone SE is arguably a class of its own. It may look old but it doesn’t perform like one. It’s something not even the Android world can offer – where small nowadays, most often than not, means sluggish, second-rate, and a 2-4 year-old OS built into a cheap plastic body. 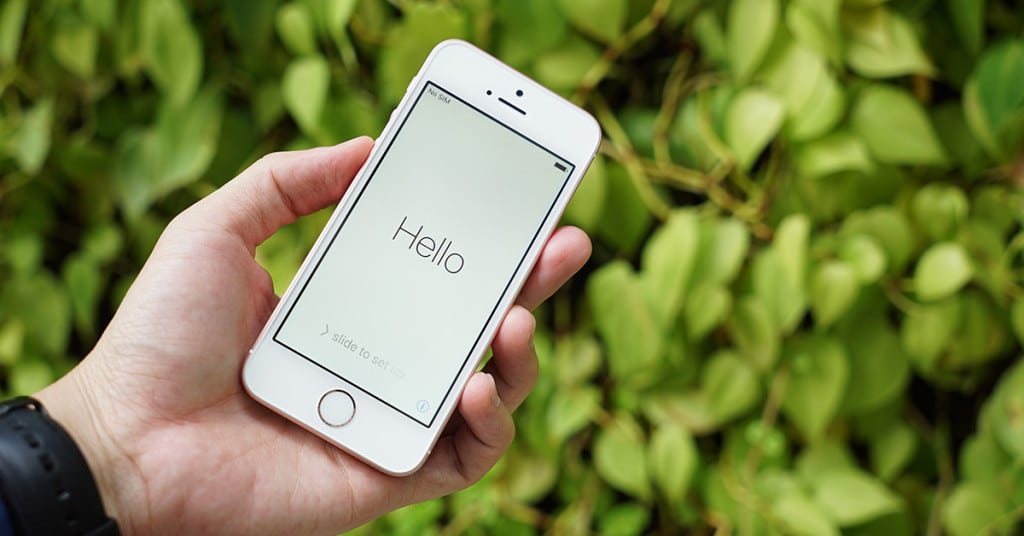 Sure, Apple made some compromise here and there to cut down on price – and in 2016 it still starts at 16GB – but the iPhone SE is a worthy upgrade for those who stuck with the iPhone 4, 4s, 5, and 5s all these years.

Heck, there are even some iPhone 6s users who want to ‘downgrade’ and go back to a smaller display. Some people like 4 inches – and there’s nothing wrong with that.

Apart from going small, the new iPhone raised a lot of eyebrows especially because it looks exactly like the iPhone 5s. It’s a new phone in an old body. 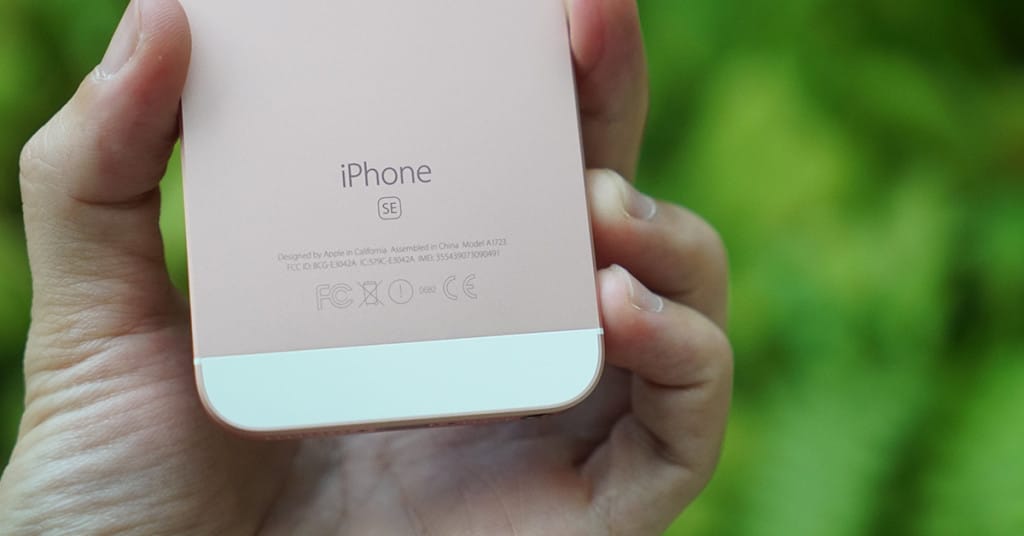 Everything is found right where Apple left it three years ago: volume and silent buttons on the left side; SIM card tray on the right; power button on top; headphone jack, microphone, Lightning port, and speaker grille at the bottom.

Save for the SE branding at the back, the matte edges, and color-matched stainless steel Apple logo, nothing else has changed on the outside. The only “new design” is the rose gold variant.

Even packaging didn’t change. It’s the familiar minimalist box with the same contents as those of iPhones 5 and up: a pair of white EarPods, a Lightning to USB cable, wall charger, a SIM card removal tool, manuals, and Apple logo stickers. 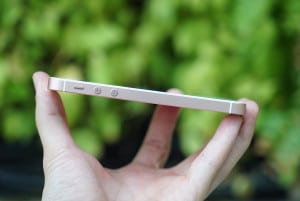 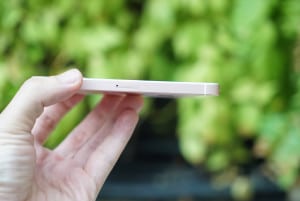 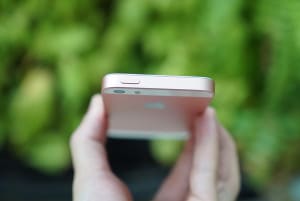 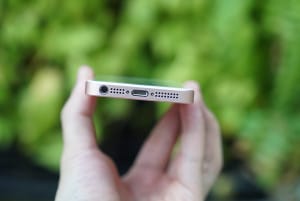 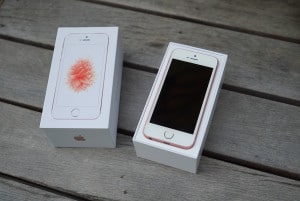 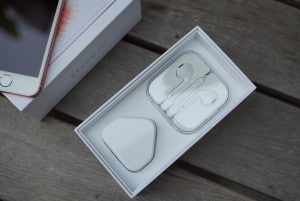 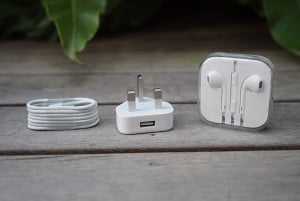 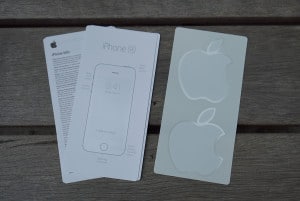 But why judge the book by its cover?

Apple packed the best iPhone 6s features into the iPhone SE’s little body and made it work.

It ships with Apple’s powerful A9 chip and the latest version of iOS (9.3) out of the box. And it’s fast. It loads pages, opens and switches between apps smoothly and efficiently.

It comes with iOS 9.3’s new features like Night Shift, which changes the color of your iPhone’s display from cool to warm depending on the time of the day. Apple says this should help you sleep better at night.

Speaking of display, the iPhone SE sports a 4-inch Retina display at 326 ppi. This means images are rendered clear and sharp enough for the 4-inch screen. If we’re being specific though, it’s not a high resolution one – not even HD – only 640×1136 to be exact.

On the bright side, this means images and videos whose resolutions are a little lower than 720p will still look sharp on the iPhone SE. The bad: the phone is not ideal for watching a Full HD or HD movie. The contrast ratio is also lower than the iPhone 6s so the screen doesn’t look as bright.

While the lack of a Full HD or Quad HD display may be a deal-breaker for some people, a smaller, lower resolution display can mean better battery life as what drains the battery the most for a lot of smartphones is screen-on time. 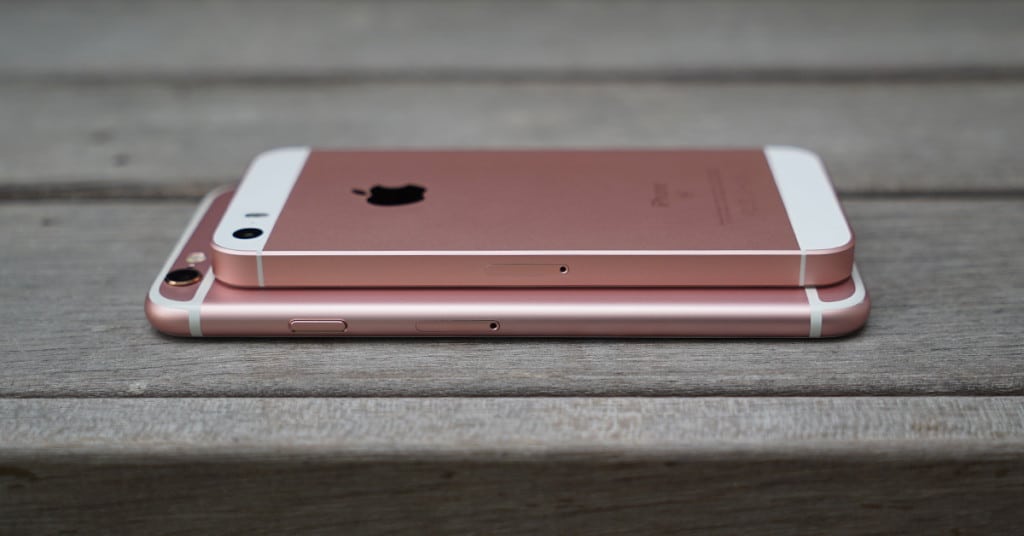 The integration of the top of the line processor and new iOS should improve battery performance as well, even if the iPhone SE ships with a smaller battery (reportedly 1642 mAh, compared to the 6s’ 1715 mAh). Apple promises 13 hours on LTE but this is something we will have to test on a later date.

This, we can say now: the iPhone SE has the best camera technology in a 4-inch phone in the market today. It gets the same 12-megapixel main shooter as that of the iPhone 6s but because it’s thicker, it doesn’t protrude like the one on its older, bigger brother.

It’s also worth noting that at its size, the iPhone SE can shoot 4K video. Although, if you’re getting the 16GB version you’ll want to back up those files so they don’t eat up into your precious space. A 3 minute 4K video clip takes up about 750MB of space.

If taking selfies is your thing, you might want to sit this one out as Apple put the 4-year-old 1.2-megapixel front-facing camera onto the SE that dates back to the iPhone 5. Well, at least it got the Retina Flash. 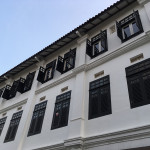 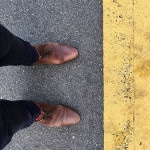 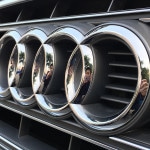 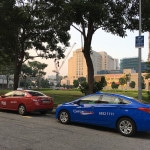 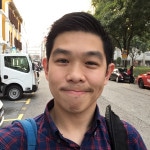 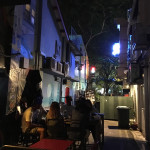 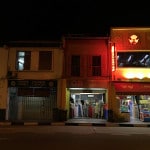 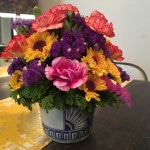 The main iPhone 6s feature missing on the SE is 3D Touch, but it probably won’t be sorely missed – new iPhone users won’t even notice. Apple did, however, keep Live Photos so you can still take those short moving images and view them with a long press.

Another thing not found on the SE is Apple’s newest Touch ID so the fingerprint scanner is not blazingly fast compared to the 6s but it’s a compromise that had to be made for a better price tag.

Just like its announcement in Cupertino, the iPhone SE doesn’t have the bells and whistles new phones usually get. True enough it’s nothing innovative, and to some it’s just plain disappointing especially coming from a company like Apple.

Although already the cheapest iPhone Apple has ever released, the iPhone SE is still not for people who are on a very tight budget. It’s also not a phone for people who have gotten used to a bigger display and love it for reasons like watching videos, gaming, and multi-tasking with split screens. 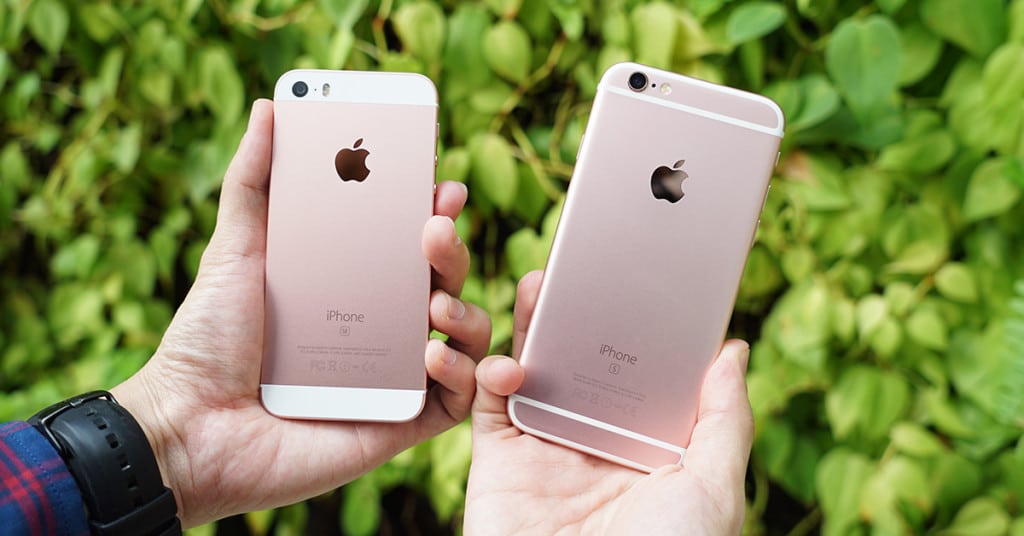 With its old but well-loved metal chassis, the SE feels premium for a mid-range price of $399 (16GB), which, in most cases can get you a good performing phone albeit with a plasticky build.

But what’s more important is on the inside. The iPhone SE, however small, is a phone that is just as powerful as the iPhone 6s, and performs even better than a lot of those that come in bigger packages.

The iPhone SE is not the best smartphone there is and may not be the size you’re used to anymore, but it just works. And there is nothing else like it. 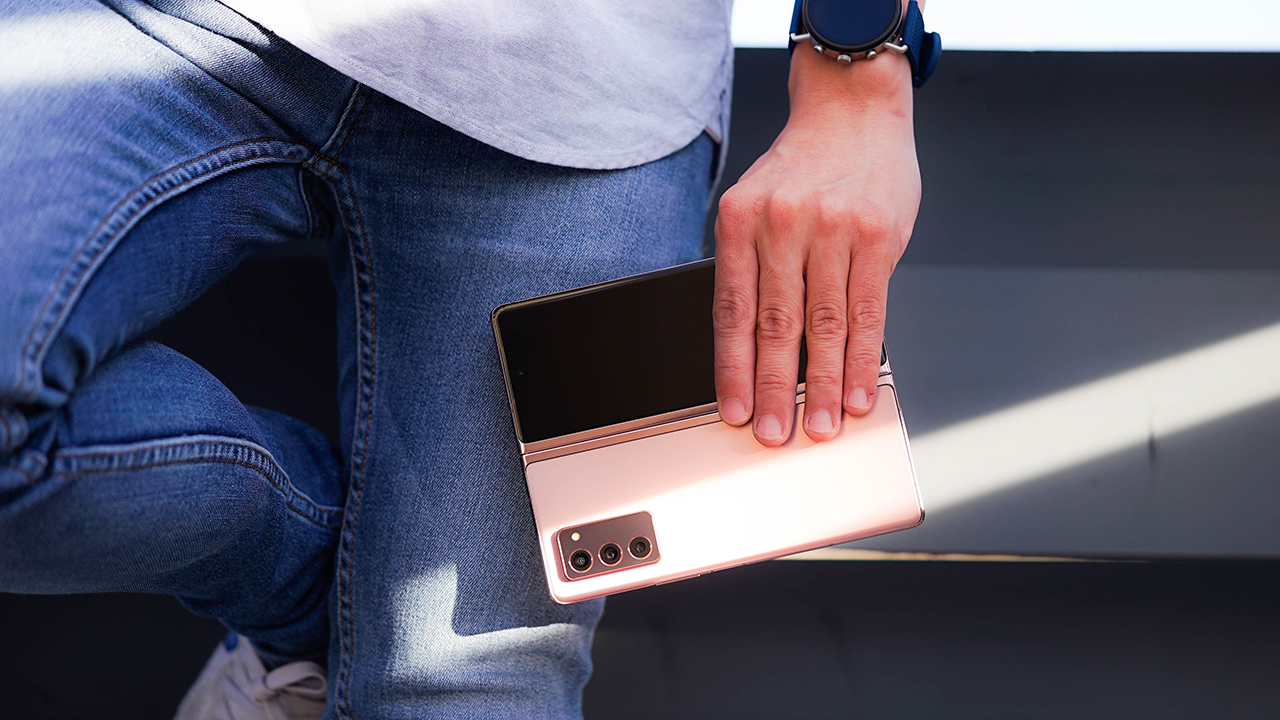 Samsung has taken all the things we love about the Galaxy Note 20 Ultra and applied it to the design language of the Galaxy Z Fold2, and not just with the Mystic Bronze color.

I like how it feels in the hands. And how much more elegant it looks. But this form factor. Whether closed or unfolded takes some getting used to.

The crease is still there. It’s really just the nature of the material used for the inner screen. But it really doesn’t bother me as much.  Samsung offers the Fold 2 in Bronze and Black. In some markets, you can even customize the hinge with an accent color: Black, Silver, Gold, Red and Blue.

I’ve already pre-ordered mine in Black and Blue, of course.

Looks like if you wanna customize that Galaxy Z Fold 2 Hinge Color you will have to wait 5 weeks. But I think that’s what I’m going to do. I’ve decided – blue and black it is for me! pic.twitter.com/n4T4H9KLJa

Customization doesn’t add to the cost of the phone, but it adds a five week delay. So in case you want your phone on September 18th, don’t customize.

The biggest, most obvious change from the Fold 1 to the Fold 2 is its larger Cover Display. Unlike on the original, the entire front panel is all-display, measuring 6.2 inches diagonally.

When used like a regular smartphone, it still feels narrower and thicker compared to your average smartphone. But things like texting, scrolling through Instagram, and even taking photos are totally doable now. You can now watch videos on it too. And If you start something on the cover display, you can pick up where you left off when you open it up. 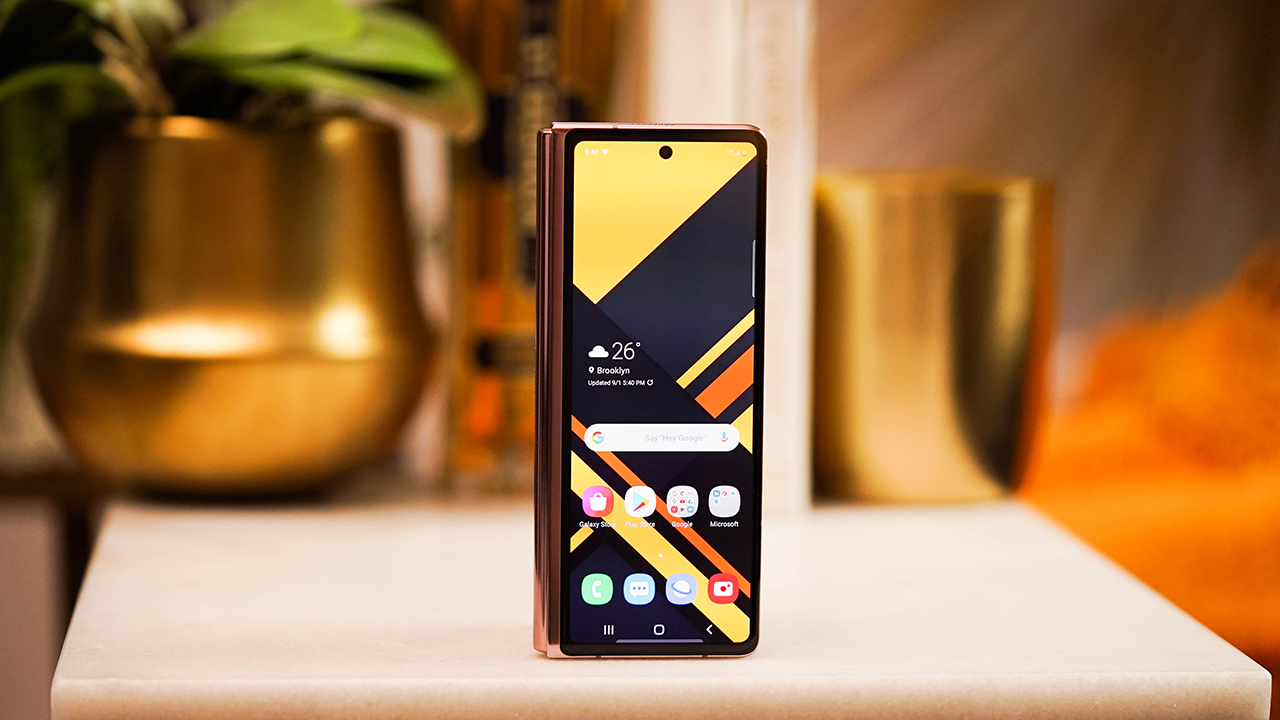 When opened up, the weird selfie camera module is gone completely. All that’s left is a punch hole cutout for the selfie camera.

The Fold 2 is a tad bit shorter but wider. And the bezels have been reduced also.

This display is bigger too — 7.6 inches diagonally. Perfect for things like playing some games that support this aspect ratio, navigating using Google Map, or reading a book using the Kindle App.

Oh and like on the Z Flip,the hinge can now stay open at a 90 degree angle. It’s called Flex mode. So you can do things like prop it up for Google Duo calls, watch YouTube videos with only half the screen, and use it like you would a mini laptop.

Apart from the obvious size, aspect ratio, and material differences, the cover display is Super AMOLED

While the main display is Dynamic AMOLED. This means it adds support for HDR10+ and also has lower blue light emissions.

In terms of resolution we’re looking at HD+ and QXGA+ respectively — it’s not called Quad HD due to its unique aspect ratio. But it’s definitely more high-res than Full HD. 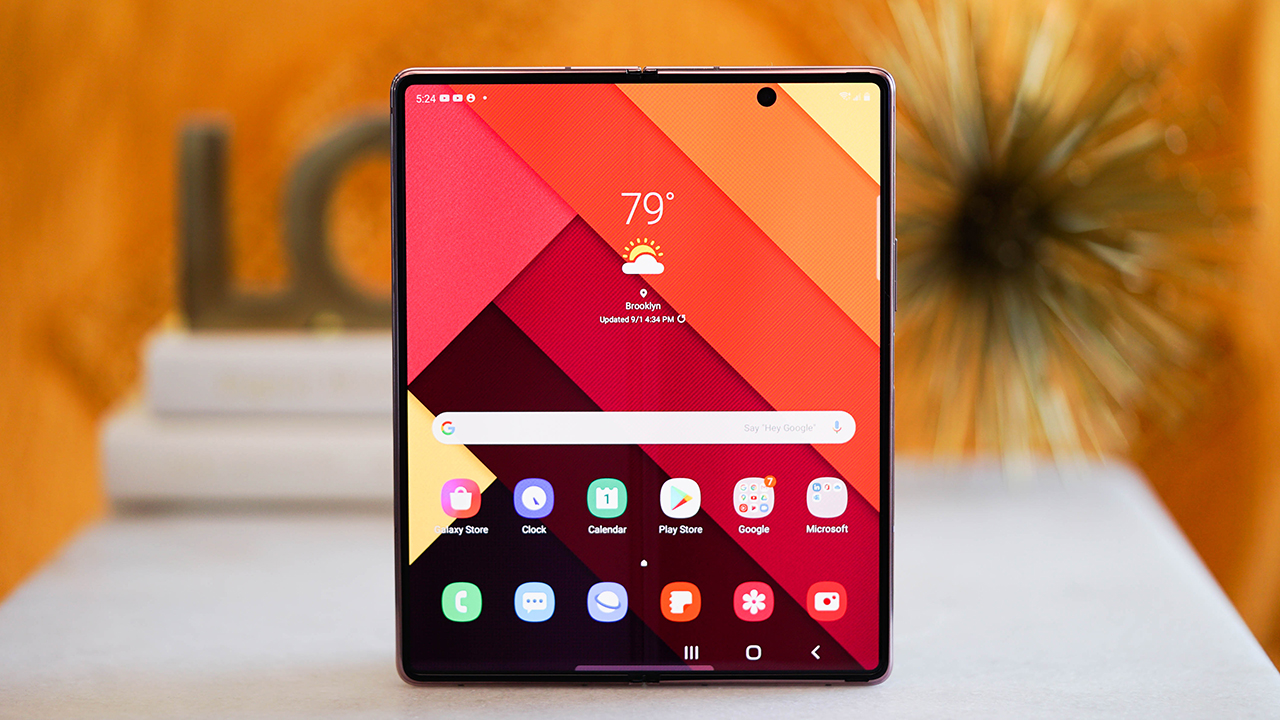 Over the course of the next few days I plan on testing both displays out more. I want to find out if I can survive exclusively off of the cover display. I also want to see how I will best make use of the all that extra screen real estate the main display offers.

As per usual, Samsung has included a whole bunch of multitasking features like being able to have three windows open at the same time. As well as shortcuts to launch your favorite app combinations.

As this is supposed to be one of the best phones Samsung has to offer, the Fold2 is packed with top-notch specs including a Snapdragon 865+ processor no matter where you buy it.

I managed to get to 5G service from my rooftop but not the speeds I enjoyed during an afternoon with my Note 20 Ultra at Bryant Park. 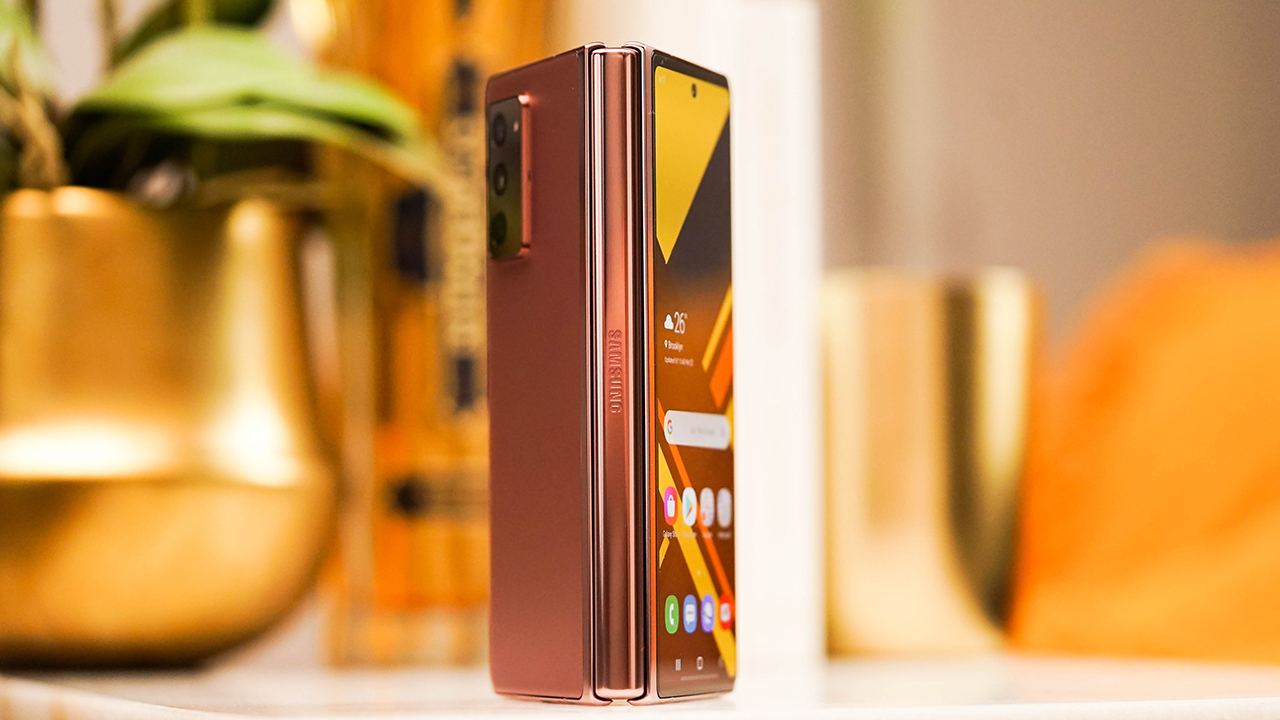 The phone packs a 4500mAh battery — actually two cells that add up to 4500. In my day of heavy use setting it up and using it out and about, I managed to get it to zero. Close to five hours of screen on time.

Is the Galaxy Z Fold2 your GadgetMatch? As always my answer to this question will have to wait until the full review.

In the meantime, click here for a sneak peek of what the Galaxy Z Fold2’s cameras can do.