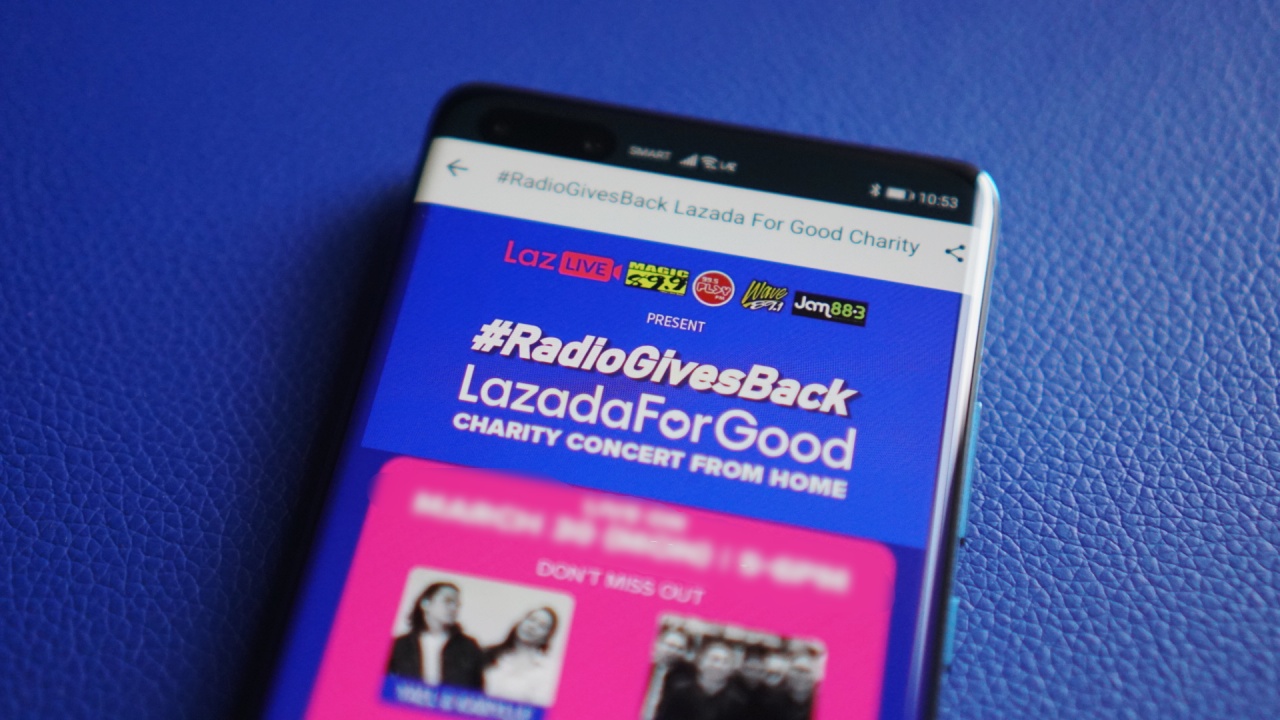 Every medical worker in the world needs every kind of help right now as they battle an ongoing pandemic. As cases rise in the Philippines, medical workers urge the public to donate medical supplies.

Seeing the need for donations, Lazada is hosting a virtual charity concert, #RadioGivesBack: A LazadaForGood Charity Concert From Home. One of the those one-hour charity concerts already happened on March 30. Another concert will happen on April 6 at 5 in the afternoon. The charity concert will air on their radio partners, Magic 89.9, Jam 88.3, Wave 89.1 and Play 99.5. Lazada will also live-stream the concert on its app via LazLive.

Anyone using a web browser can also watch the concert through this website.

The proceeds for the donation will go to various donation partners of Lazada. The donations will go towards providing various medical equipment and supplies for the medical front-liners.

The charity concert is an extension of Lazada’s LazadaForGood campaign. To date, the campaign for supporting medical workers had already collected PhP 7,000,000 through various channels. To donate, head over to this website and choose from Lazada’s donation partners.

SEE ALSO: Here’s where you can donate to the COVID-19 outbreak efforts