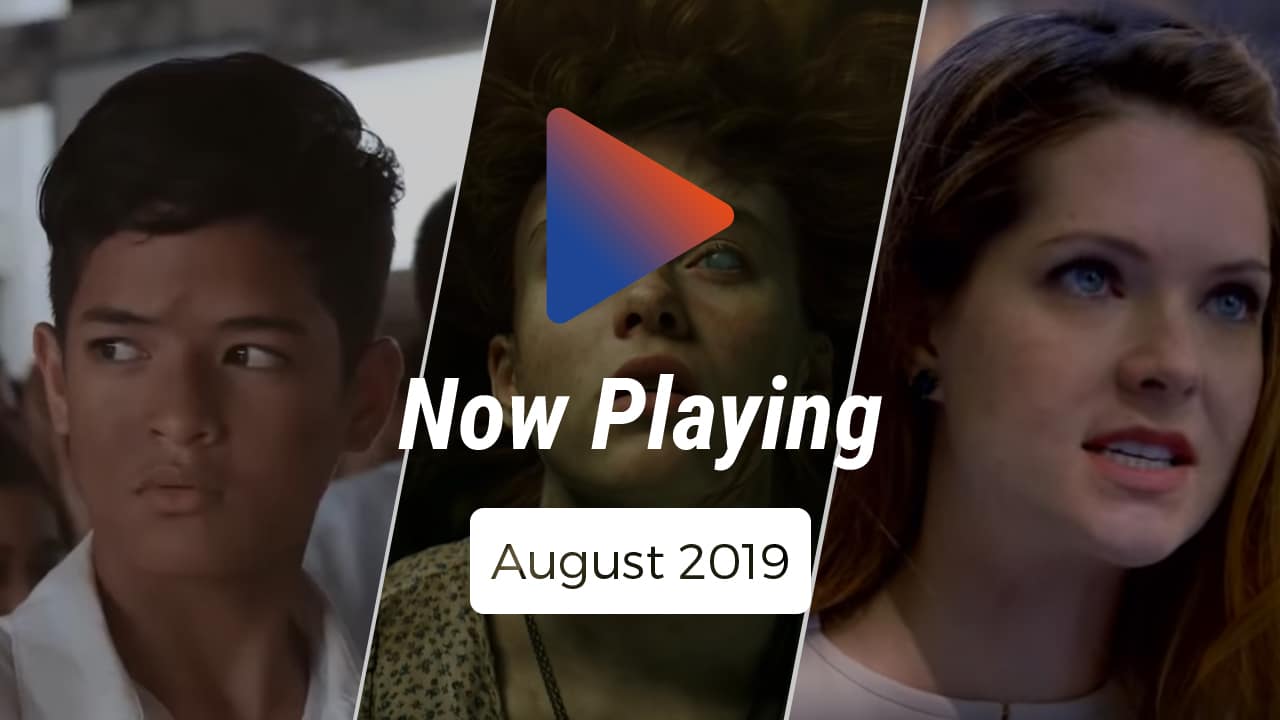 August is ramping up the start of announcements in the realm of technology. Samsung unveiled the Note 10 while Xiaomi and Realme started teasing their monster smartphone cameras. While we may be busy catching up with everything in tech, we still don’t forget to watch and relax. Here’s what’s Now Playing on GadgetMatch:

Spider-Man
Rodneil: Yes, the first one starring Tobey Maguire. This one recently showed up on Netflix and I couldn’t resist the urge because I’m a Spidey stan after all. It’s a nice throwback and that upside down kiss is still iconic.

The Red Sea Diving Resort
Shivam: Based on true events, the movie highlights Mossad’s attempt to rescue refugees out of Sudan. Who expected an intelligence agency to run a resort in the middle of nowhere? Nobody. And, that’s what makes this action packed movie different.

Shoplifters
Leez: Shoplifters, a Japanese film directed by Hirokazu Kore-eda, was awarded the Palme d’Or for main feature at the closing event of the Cannes film festival last year. There was no question as to whether or not I was going to watch it. It was a question of when. I don’t understand why it took me this long to finally getting to watch it but, I finally got to it last weekend. It’s a stunning film that dabbles into the complexity of what it means to be a family with people who tiptoe their way around dysfunction. It’s a thought-provoking film that takes no time in diving deep into the conflicting morals, yet palpable familial connection within a financially deprived family. I’d definitely rewatch it this weekend.

John Denver Trending
Vincenz: Most people post everything on Facebook — even when someone gets brutally attacked inside the school premises. John Denver instantly became a hot topic in Antique. Too bad, the society only believes in one side of the story. The film made an impact on me that it felt heavy during and after watching the film. Best Film of Cinemalaya 2019, indeed.

Patriot Act with Hasan Minhaj: The Dark Side of the Video Game Industry
Rodneil: The video game industry is enjoying a surge in attention — both positive and negative. And while video games are generally associated with fun, the people behind it are suffering in ways most of us probably don’t know about. This is an important watch for every gamer.

The Bold Type
MJ: As a young millennial in his early 20s, one can’t help but think about his life’s directions. The Bold Type perfectly captures this scenario where the show features three young women working in a fictional magazine, who navigates the modern life and struggles in love, career, and their identity. Additionally, the show highlights the pressing social and cultural issues which gives that perfect, woke millennial vibe.

Dark
Shivam: If you like Stranger Things, but are looking for some more serious thrill, this show’s for you. It starts out with a simple concept of time travel, but slowly escalates into an in-depth walk-through of inter-dimensional threads. All the characters play a key-role in setting up the story and you’re sure to be glued day and night.

Wasabi by Little Mix
MJ: Everytime I hear this song, I can’t help but feel as if I’m part of a film’s montage, walking like a runway model. “Wasabi” exudes an empowering and confidence-boosting vibe, supported by its lyrics which talks about you not giving a f*ck on people hating on you and raining on your parade. It’s one of the best song to listen when you feel like you’re slaying it.

Love Is Over by Rocket Punch
Vincenz: Don’t get me wrong, their debut title track “BIM BAM BUM” sounds great. However, this B-side track caught my ears which is all about being independent and not relying on love after a heartbreak — which makes sense for its appealing beat, strong vocals, and dark visuals.

Underlords
Leez: I’m not too much into mobas from the get go. I grew up playing video games either alone or against my siblings and so, I naturally gravitated to RPGs, platformers, and strategy games. When Underlords was released, most people nagged me to give it a go, especially knowing the type of games I got hooked on and the ones I fell out off quickly. Well, I’m devastated to report that I’ve been stuck playing it at three in the morning almost every single day. If you haven’t heard of the game before, it’s essentially a Valve developed version of Autochess with beloved heroes from Dota 2. It’s a game of strategy and gritting your teeth through the torturous loses. It’s fun, painful, and it’s what you need to realize you need your life straightened out soon.

Ready or Not
Ready or Not is a film about a young bride who participated in a tradition by her new husband’s family. In a sudden turn of events, the newly-wed woman ended up being hunted by her in-laws as part of a diabolical ritual. It’s scheduled to be released on August 21, 2019.

It Chapter Two
It Chapter Two is the sequel to the 2017 film It. The film follows twenty-seven years after the Losers Club defeated Pennywise, it returns to terrorize the town once again. It’s scheduled to be released on September 6, 2019.


Weathering With You
Makoto Shinkai’s follow-up to the massive 2016 hit Your Name (Kimi No Nawa) promises to deliver the same level of emotion and artistry. The animated film was first released Japan and is already a larger box-office hit than Your Name building up more excitement for viewers around the world.

The Secret Life of Walter Mitty
Kyle Benson Azuelo, Matchketeer: The Secret Life of Walter Mitty will encourage you to do something with your life and chase your dreams. The film is a beautiful reminder to not let life get in our way. We may have responsibilities and different priorities, but the lesson here is to keep going after what you’ve always wanted. It’s impossible to not feel empowered, happy, and inspired upon watching this film.