Who wins the clash of the pop-up cameras?

If you think 2018 is the year of the notch, OPPO and Vivo are here to change that. This is our OPPO Find X versus Vivo NEX S comparison. 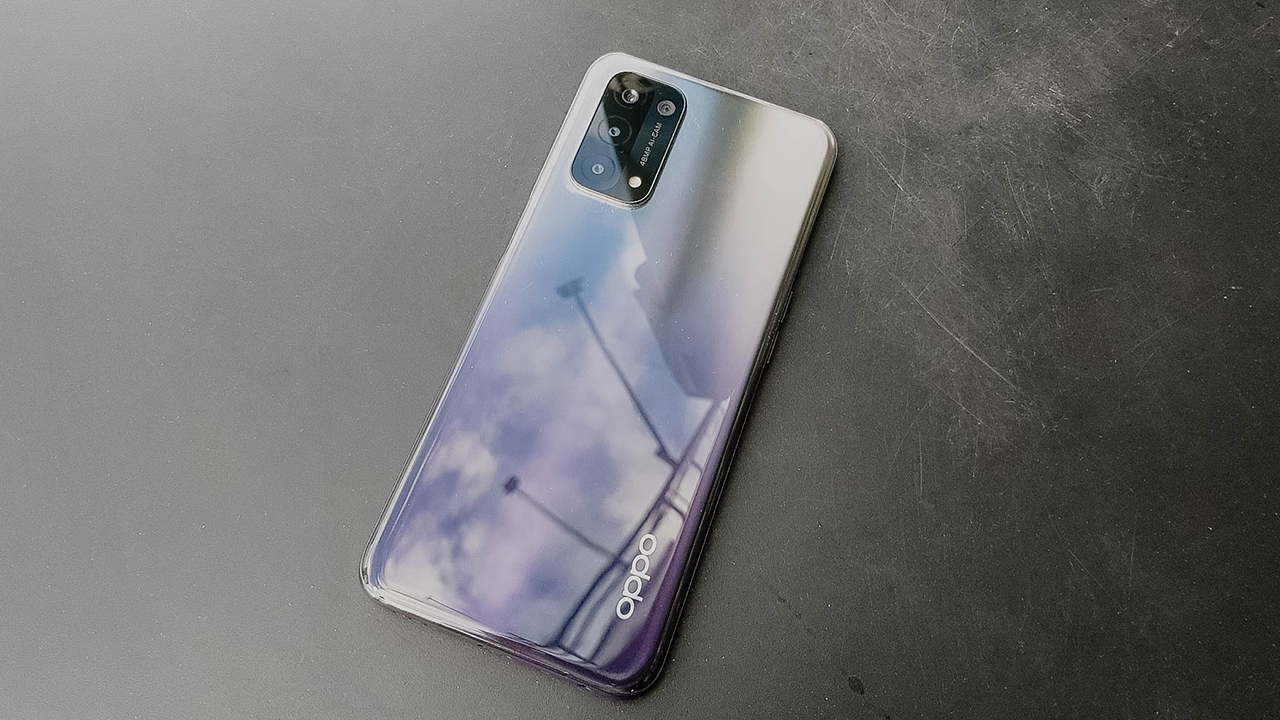 Creating a mid-range device in 2021 has become incredibly challenging for a variety of reasons. The limitation in price forces companies to cut corners when it comes to their offerings in this segment. It’s a task that’s easier said than done considering how stiff competition is. You need to find a way to stand out while working with a budget that’s far from optimal. It’s like a balancing act in the circus. One wrong move and you’ll be remembered for the wrong reasons.

OPPO’s latest attempt at overcoming this challenge is the OPPO A74 5G. Just from its name, you can already tell what it’s using to try and stand out from the rest. But there’s more to this device than its promise of the fastest connectivity possible in the Philippine market.

The question now is, did OPPO balance its features properly to create a device that will satisfy everyday users? Let’s answer that by checking which were its Heavy Hitters, what Middleground the phone took to balance things out, and the Debbie Downers it needed to accept so they could come up with this device at this price point.

The Heavy Hitters: The OPPO A74 5G highlight features

5G is here and it’s one of those features you can’t help but call a win. Admittedly, the difference between 5G and your regular LTE isn’t that significant. This is one of those cases where showing you the Speedtest result of 5G won’t do the experience justice. You have to use it to believe it.

There are ways to go to make the technology a 100 percent must-have. But there’s no way 5G is a Debbie Downer, and you can’t call an upgrade a Middleground. At the very least, it’s a good way to future-proof your phone. Its benefits aren’t felt today, but it could be very useful if you plan to use the OPPO A74 5G in the long run.

However, you can’t say the same for this phone’s 90Hz display. Coming from a 60Hz device, using this screen was a spiritual experience. The jump is that good. It admittedly becomes normal after a while and it even reaches a point where you become quite spoiled by it. However, you can’t go wrong with a smoother experience. This is a win. 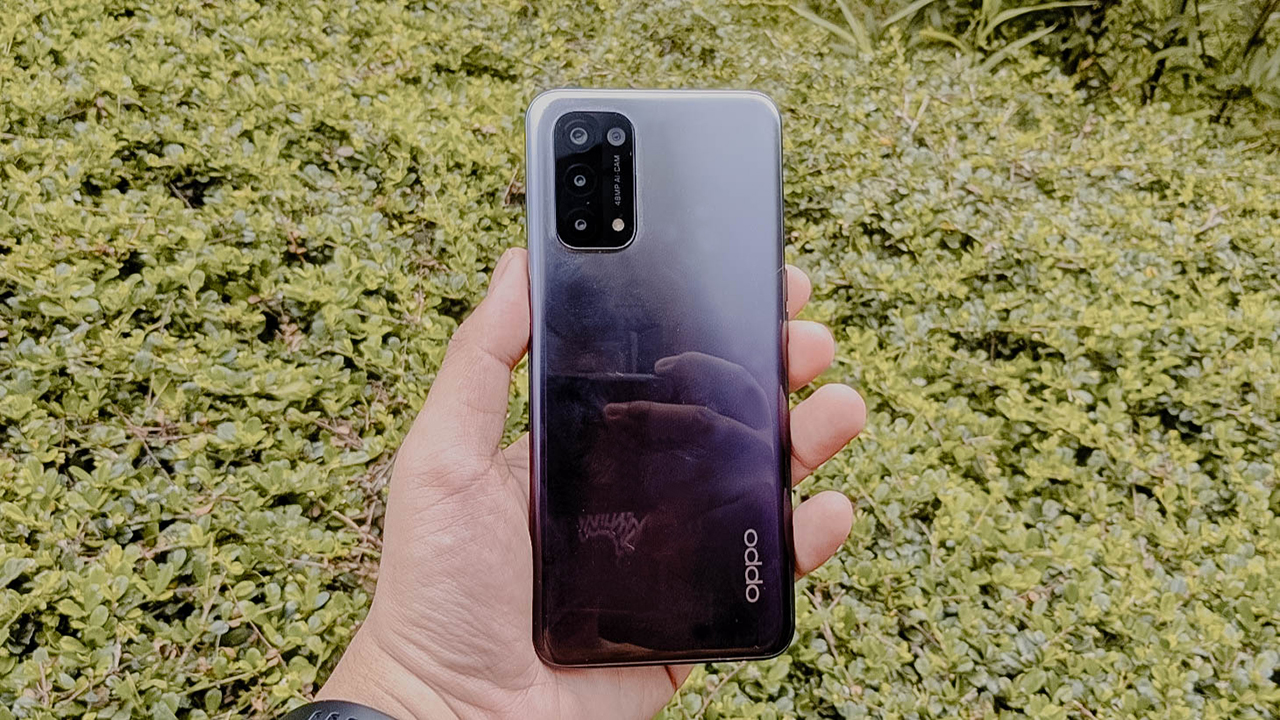 One surprising Heavy Hitter is its hardware and build quality. Out of the box, I initially thought this phone was made out of glass. Turns out, OPPO used plastic for the back and it’s of premium quality. The device feels sturdy, and it has the right amount of weight, so it doesn’t feel cheap. The gradient effect was also a nice touch to the design. 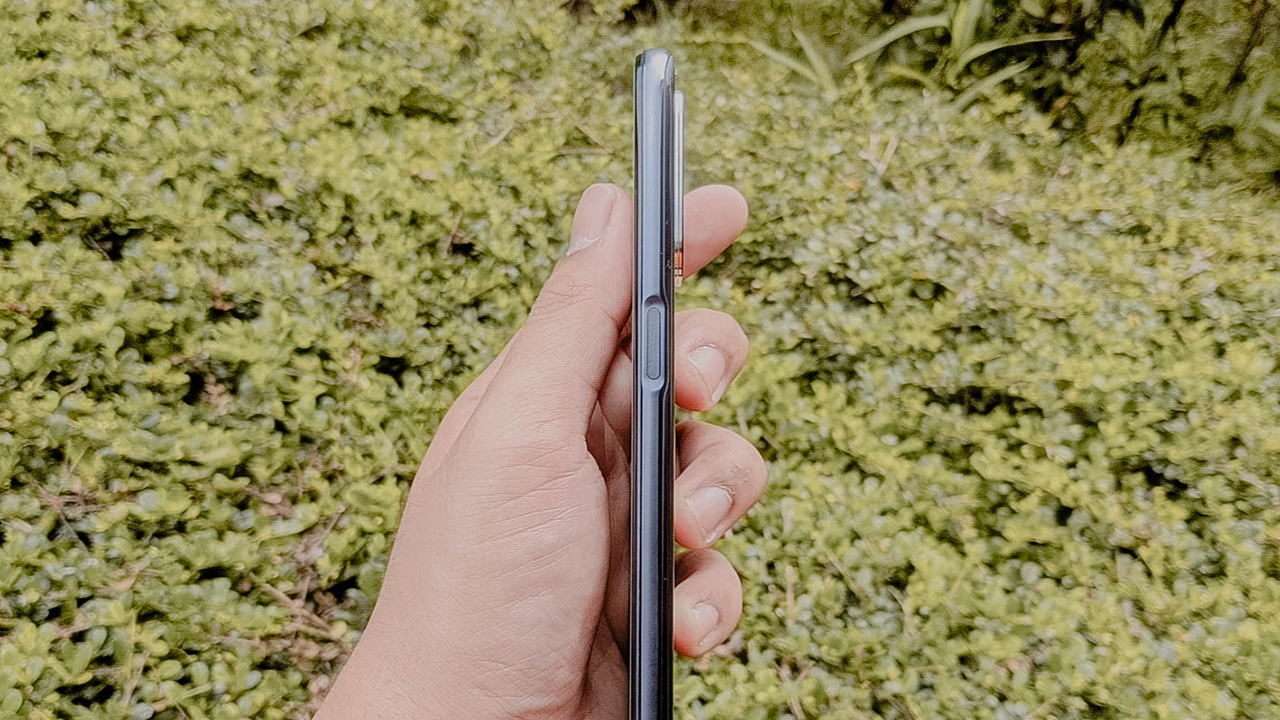 You also can’t go wrong with having a fingerprint scanner on the power button. Having a headphone jack in your device in the year 2021 is an automatic win for the consumer. These features might feel dated for others, but they’re undoubtedly useful. You can’t even call OPPO out for cutting corners, because for others, these are exclusions that should have never been made in the first place. They’re useful and they work. There’s no doubting that.

Finally, the presence of Optimized Night Charging was a great touch from OPPO. Having the peace of mind of having a fully charged phone the next day without worrying about your battery getting fried is a feature more manufacturers should have on their phones. For this to be on a mid-ranger is a pretty sweet deal.

The Middleground: They cut corners, but in the right places

90Hz can only do so much and that’s evident with how the OPPO A74 5G performs with its Snapdragon 480 5G processor. It’s okay. It isn’t supremely good, but it isn’t terrible either. It works. You shouldn’t expect the A74 5G to run graphic-intensive games at high settings, but you can still play some games here and there. Social media use is a breeze. You can’t go wrong on this end. 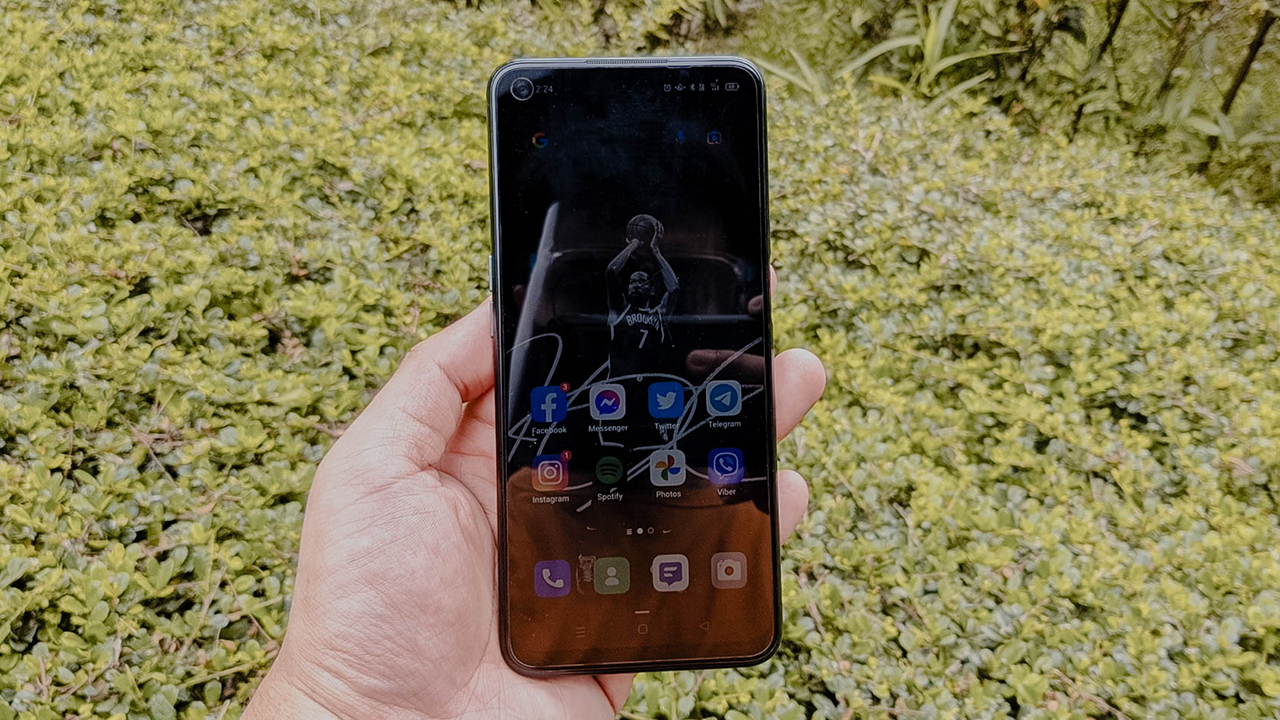 The software of the device is also okay. It’s not stock Android, but it isn’t the mess some people paint Chinese software to be. ColorOS is a version of Android that works even for the most critical of Android users. There can be some hiccups, especially with heavy use, but they were tolerable.

Monitor your battery use

Battery life wasn’t terrible, but it wasn’t good enough to be considered a Heavy Hitter. The device houses a 5000mAh battery, but you have to be careful with your usage of 5G and 90Hz. They can drain the device quickly, but in most cases, it’s an all-day phone. The phone comes with an 18W Fast Charger, which in 2021 is average. You’d want to have more as a consumer, but it isn’t too much of a slog.

The LTPS IPS LCD screen of the A74 5G was also respectable. It has decent viewing angles even in direct sunlight and watching media content on the device was pleasing. There are some instances where it feels like we could experience more out of the 90Hz feature, but that’s the sacrifice required out of this price point. At the very least, it works, and you can only have minimal complaints.

The Debbie Downers: Even for a mid-ranger, these were disappointing

We live in the age of social media, so it wasn’t disappointing to see the A74 5G house a camera that came out as incredibly inconsistent.

This was a shame because its main camera performed quite well in good lighting conditions. Details were sharp enough, colors were a bit saturated, but not to the point you’d need to lower its saturation on post-processing. 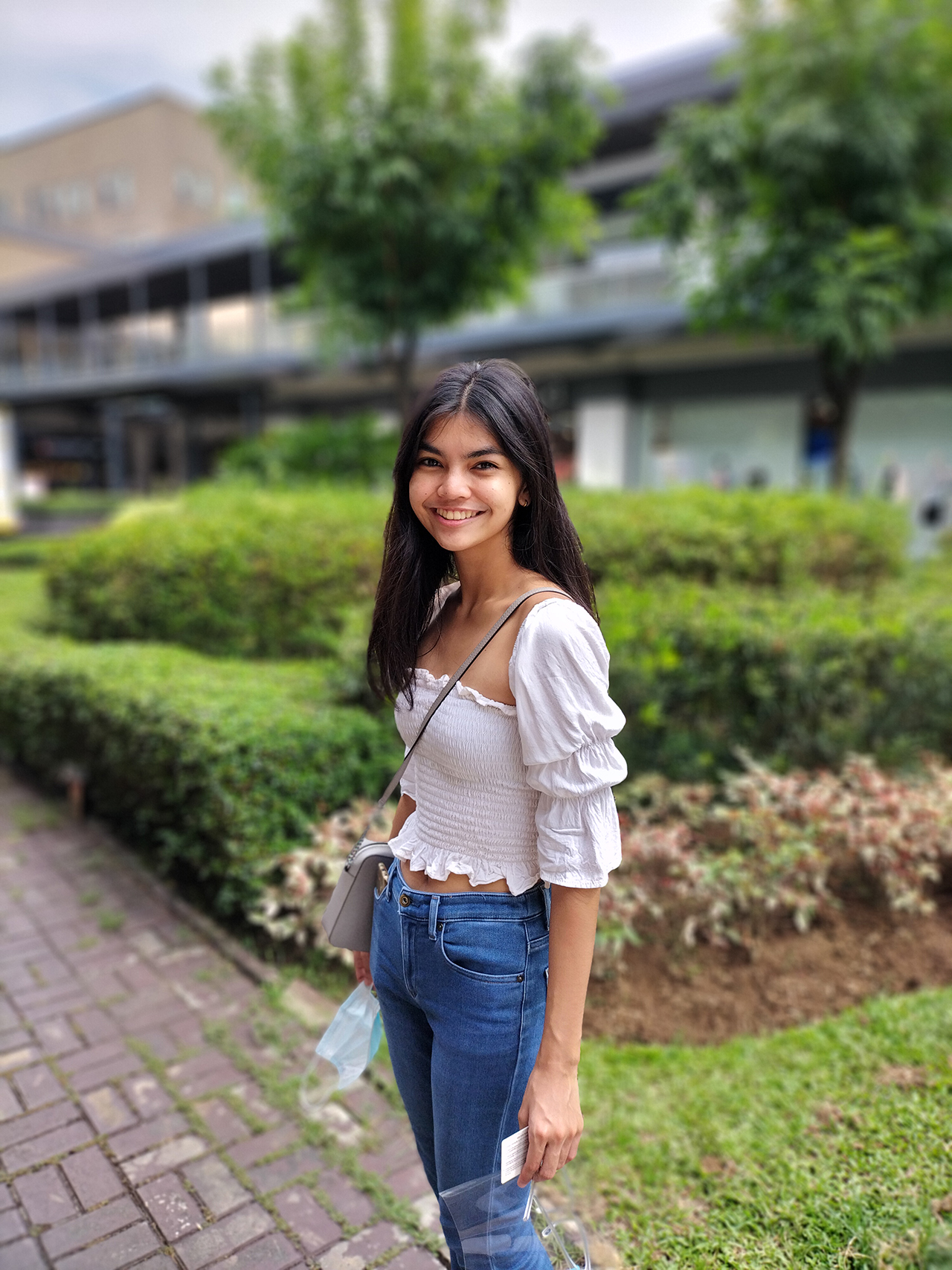 The device came out with some pretty good photos that could contend with the best of the best. That’s what you’d want out of a smartphone in 2021. 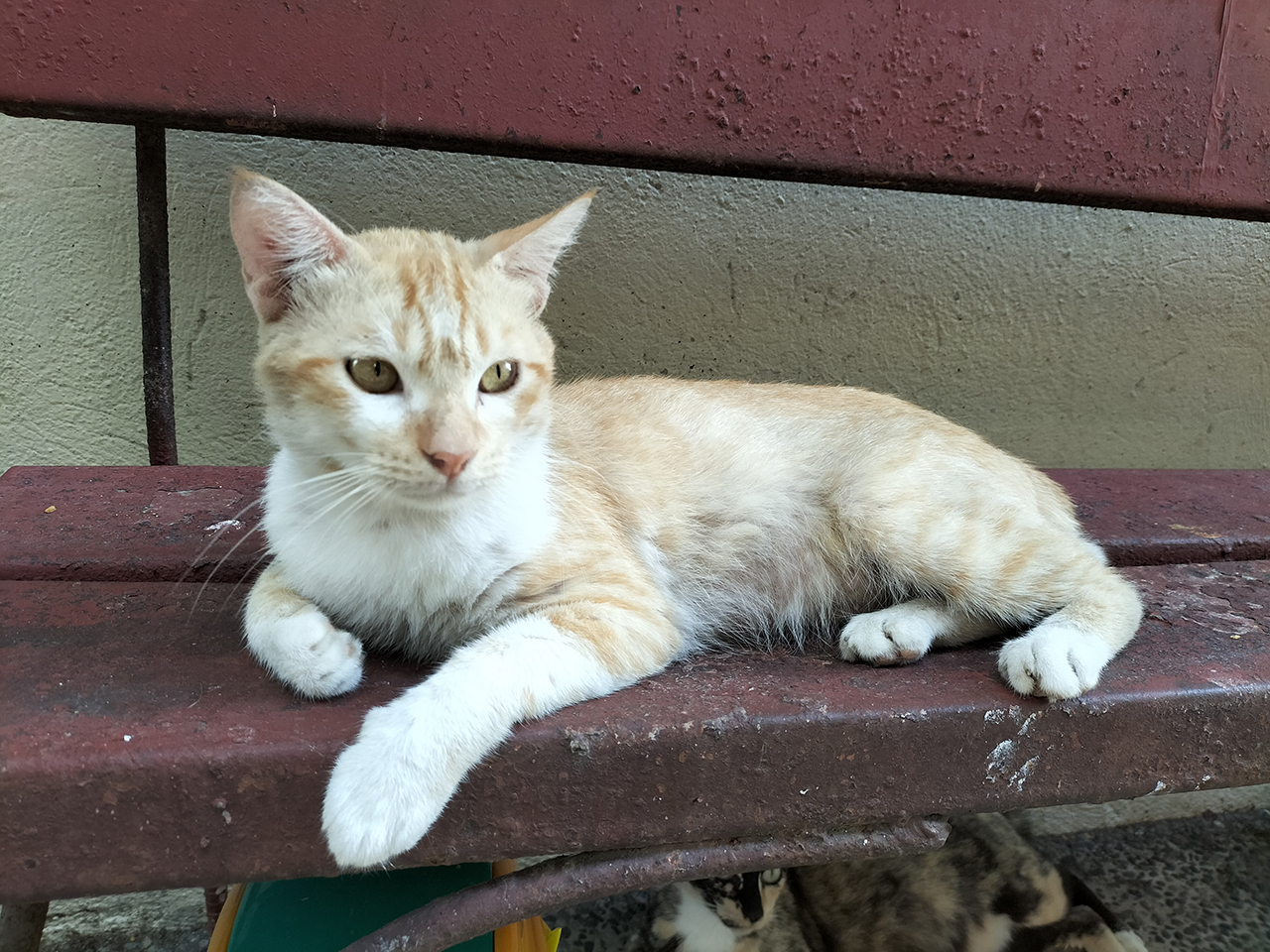 But it couldn’t perform as well in other lighting conditions. Indoor shots left much to be desired. It captured too much of the color coming from the background and ignored the natural colors of the subject. This was especially evident when I took photos of the delicious burgers from Sweet Ecstasy. It caught too much of the yellow coming from the light bulbs and the walls in the store. 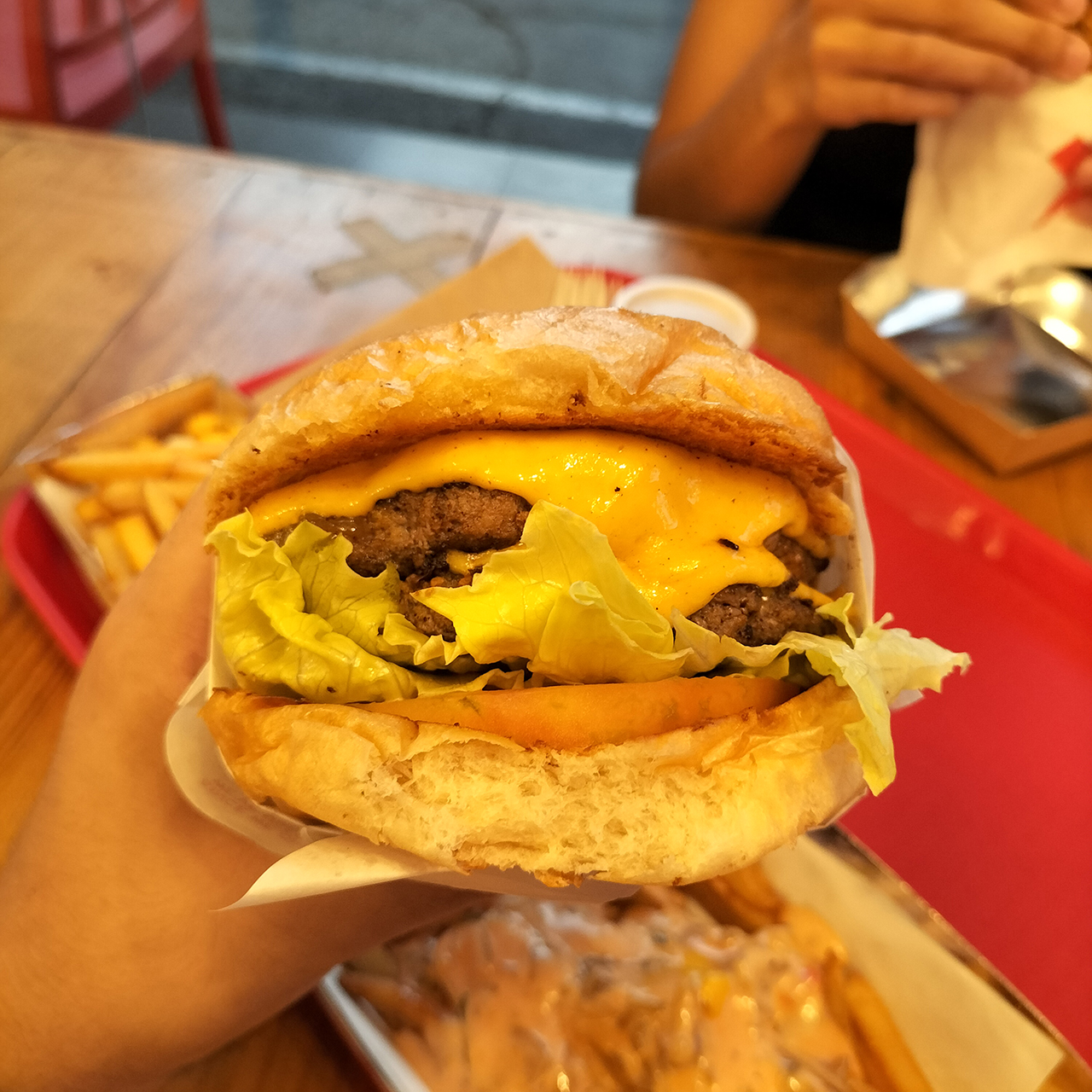 The selfie camera was okay, at least that was passable enough with its results. 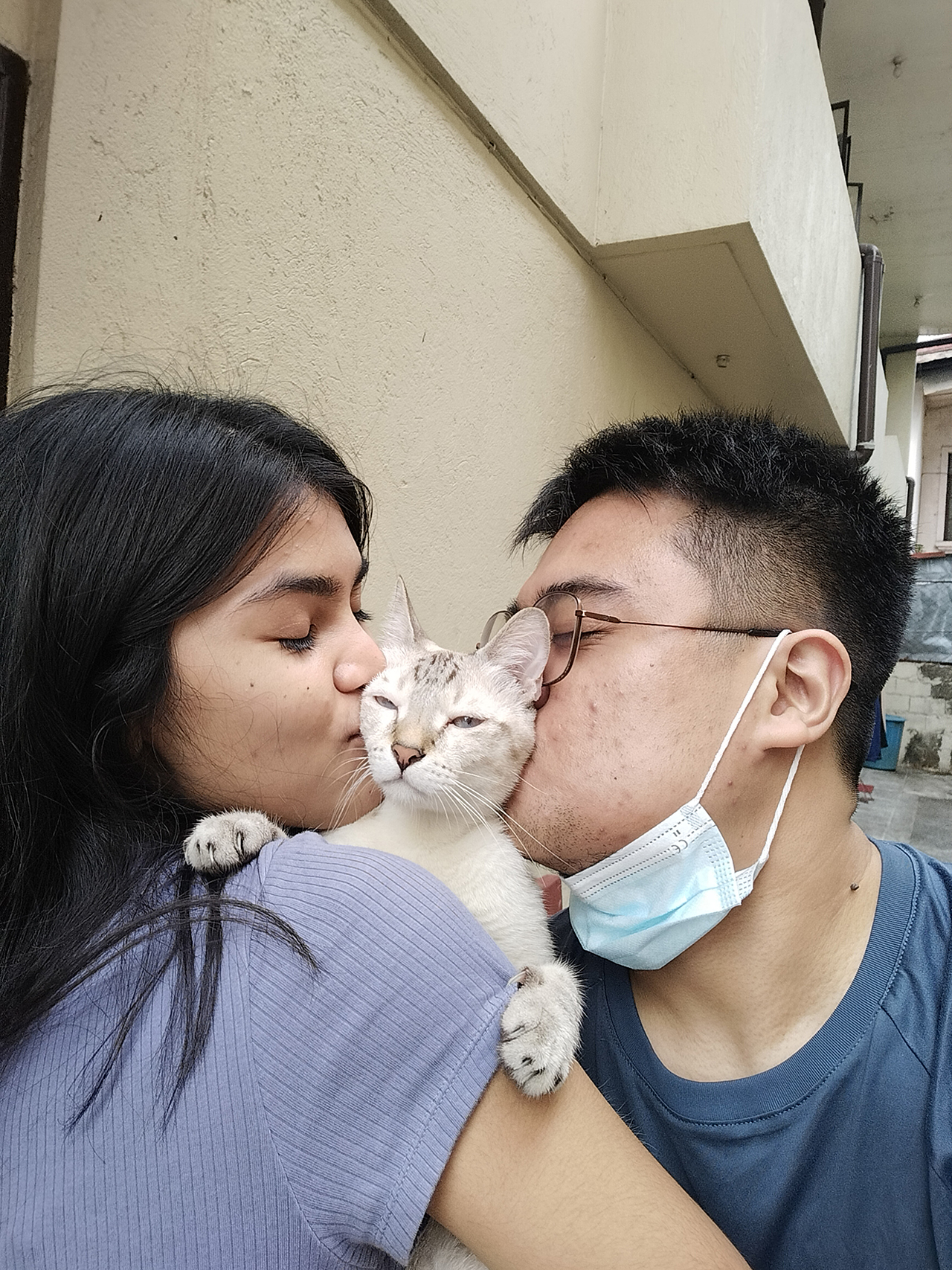 Night shots, even without night mode, had some respectable shots. But you couldn’t say the same for its other lenses. 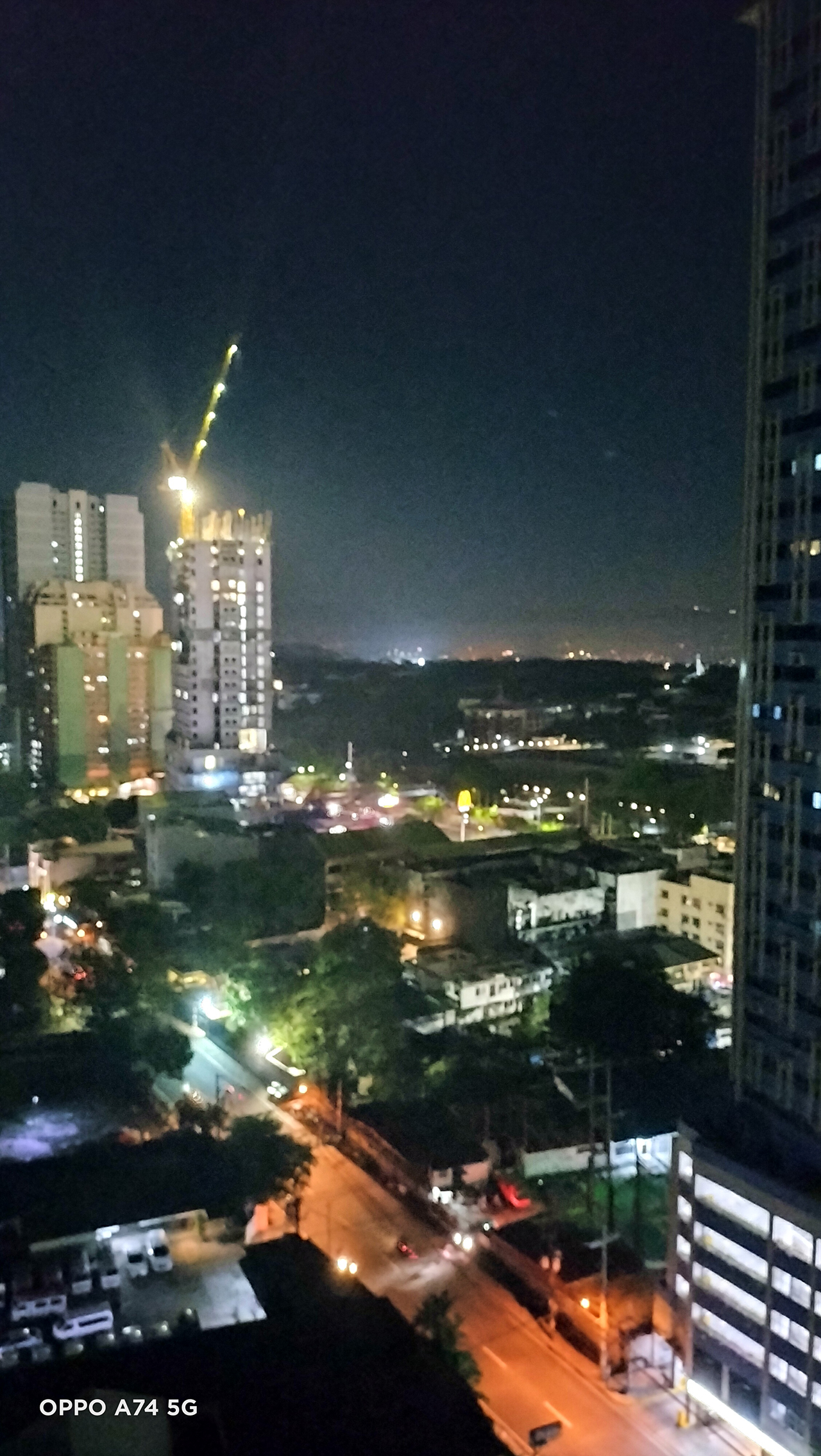 Especially disappointing was its wide-angle lens. If the main camera came out with saturated images, the wide-angle reduced the color even in good lighting conditions. You’d understand a slight drop in quality, but the difference between the two lenses had too big of a gap. It definitely didn’t help the macro lens had some focusing issues, which made it difficult to take proper test shots for this review. 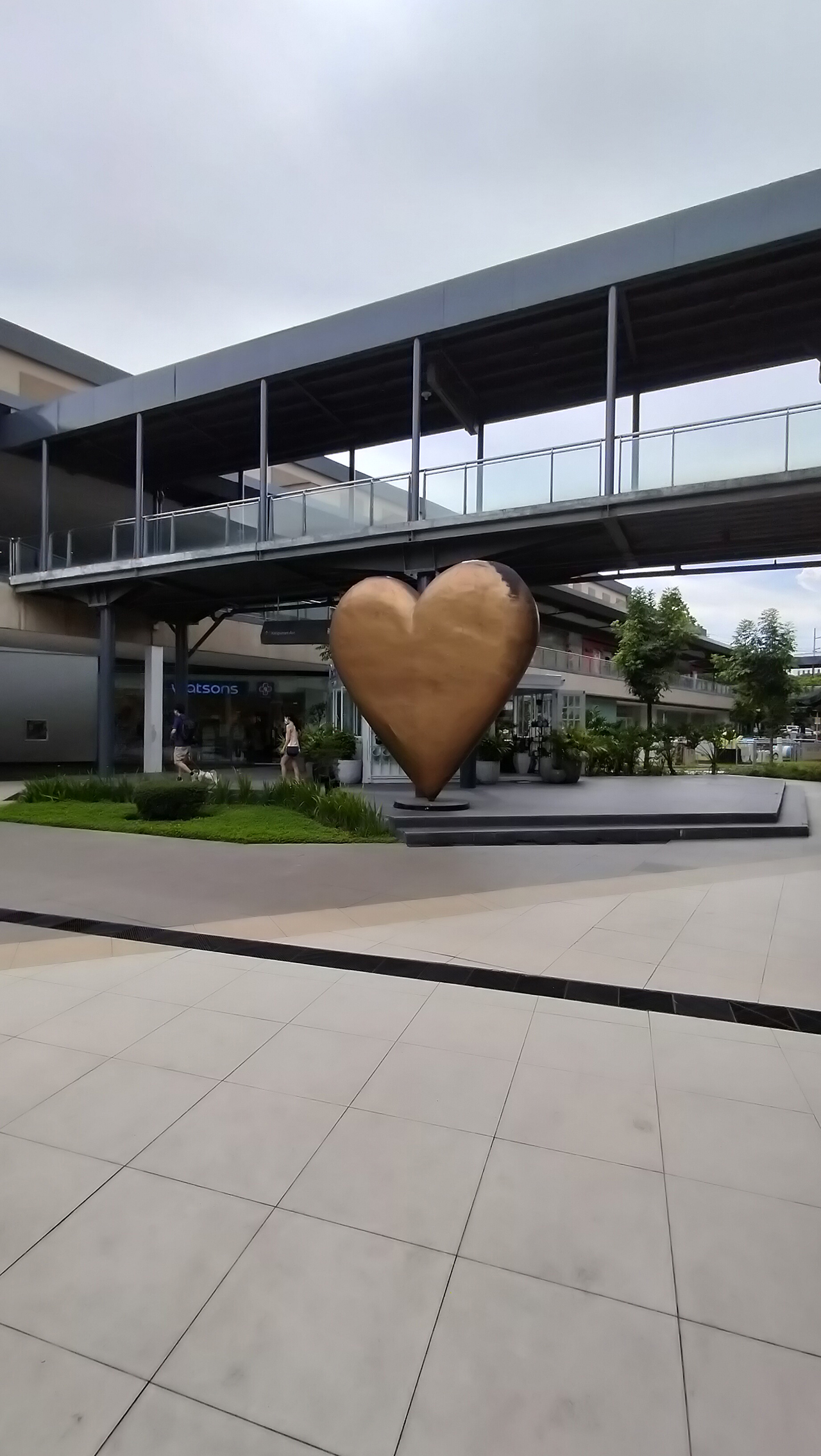 I mentioned at the start of this review that coming up with a midrange device is like a balancing act. One wrong move and you’re remembered for the wrong reasons. Safe to say, OPPO won’t be remembered fondly, but they won’t be laughed at either for this device. The device was okay. It wasn’t a Debbie Downer. It’s safe to say they were able to at least achieve some form Middleground. 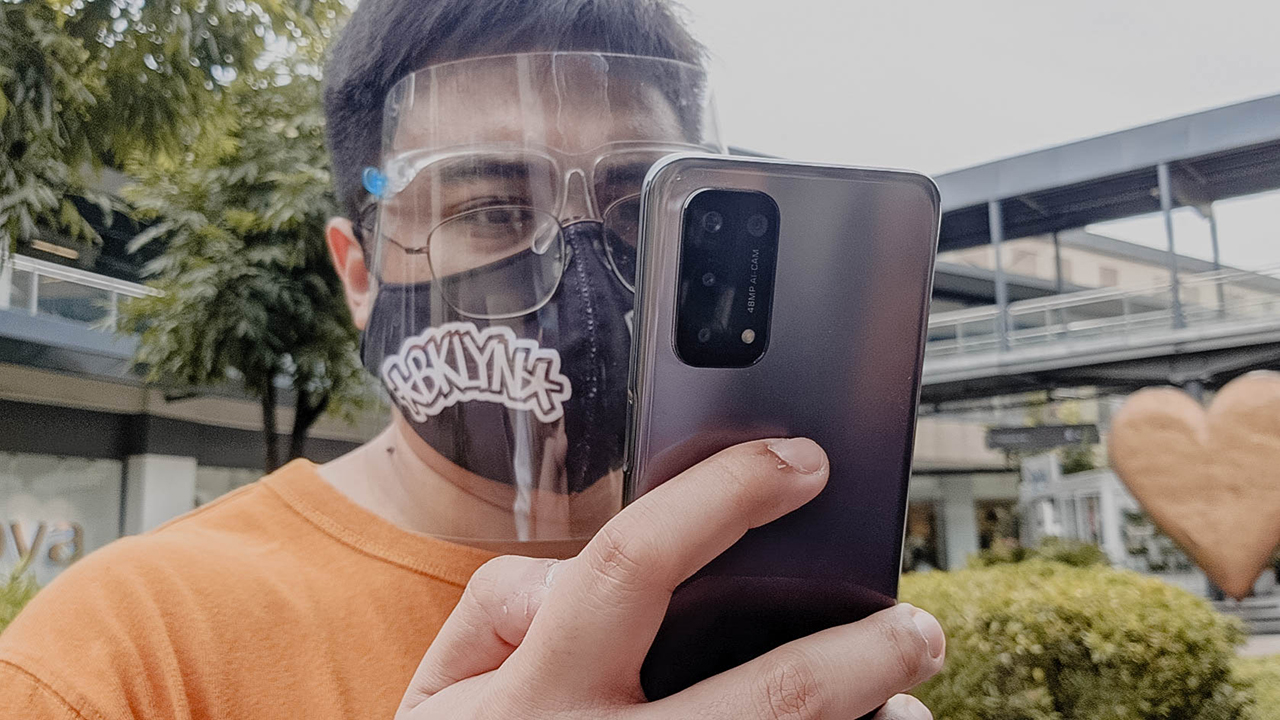 But in today’s competitive mid-range landscape, achieving the Middleground might not be enough. Its inconsistent cameras might be an automatic turn-off for some consumers. Its performance isn’t good enough to sway the opinion of hardcore gamers.  However, if you’re someone who wants the promise of futureproofing from 5G and the smooth experience of a 90 Hz display packaged with well-built hardware, the OPPO A74 5G might just be for you. 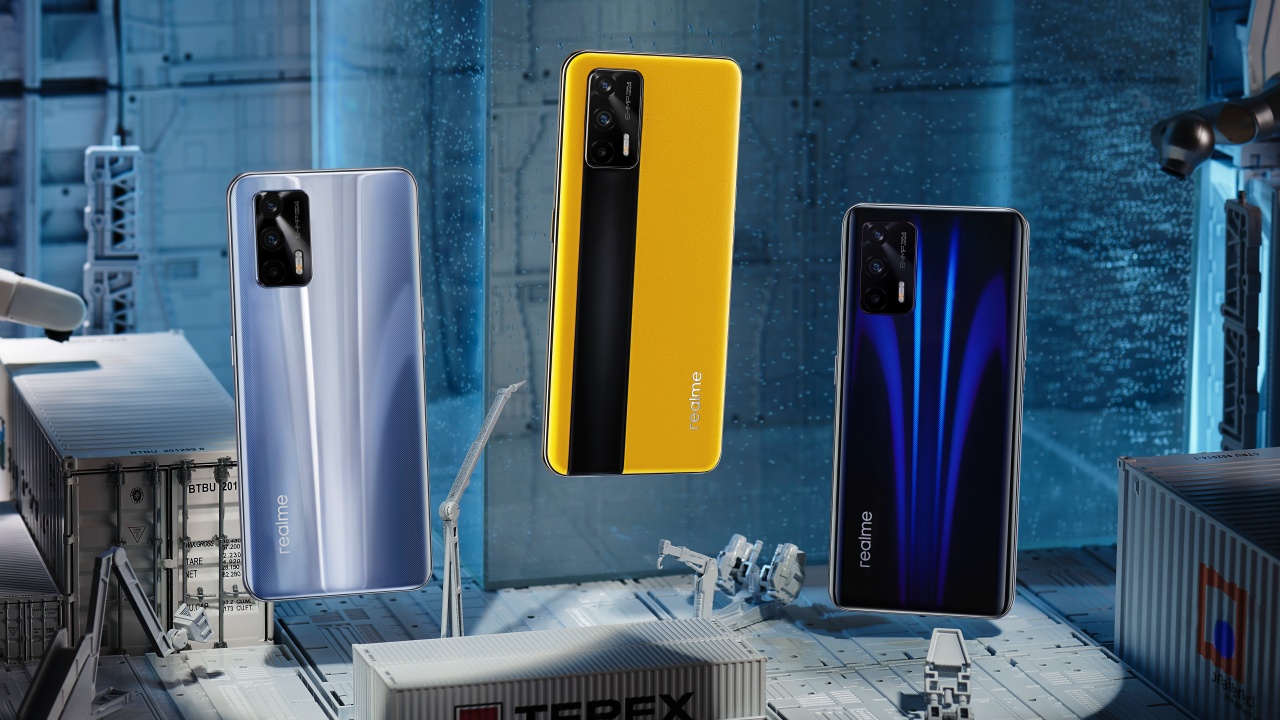 realme picked the best theme — speed — as they launched the first in their GT series: the realme GT. Announced in the company’s first ever global launch, the realme GT is packed with flagship specs that promises a fast and smooth performance.

Keeping in line with the speed theme, realme says the realme GT’s design is based on the concept of grand tourers (GT) sports cars. These road machines were made for high speed, long-distance driving. They’re also known to come with high performance and luxury features. Just with this, it’s clear the market that the new flagship is aimed at.

realme has always been pretty fancy with their design. For the realme GT, they’re offering a glass covered design with a 3D light reflecting pattern. There’s also a vegan-leather covered version with a repeated acceleration symbol.

The glass version comes in two colors — Dashing Silver and Dashing Blue. They come with a series of shooting arrow patterns on the back of the phone, symbolizing speed and dynamism.

Meanwhile, the vegan leather edition is available in a rare Racing Yellow, staying true to the brand’s colors. It’s the first one with a dual-tone leather design which is indeed quite unique. 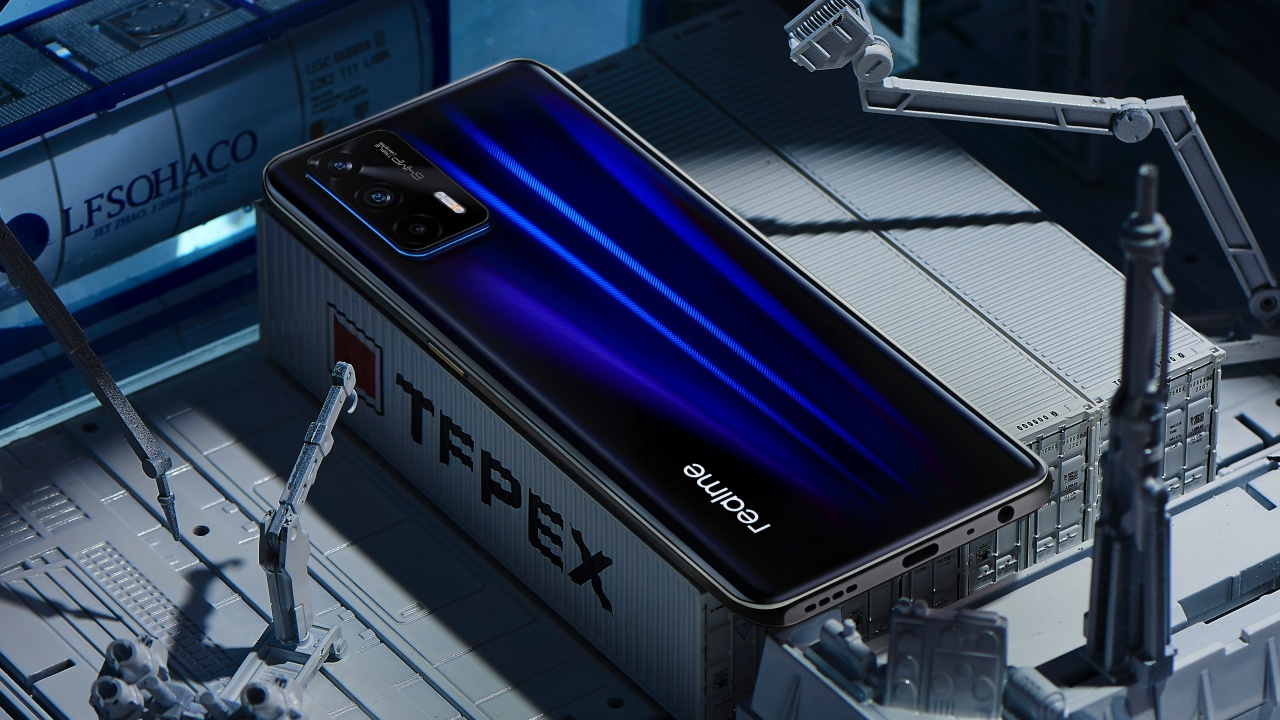 Made to be fast

Powering the device is the Qualcomm Snapdragon 888. It’s the same chip found on some of the best flagship Android smartphones released in 2021 so far. Flanking it are an LPDDR5 RAM and UFS 3.1 storage. Configurations vary per variant. We’ll go more in detail in the pricing section.

Inside the realme GT is a 4,500mAh battery with support for 65W SuperDart charging. A feature that’s set to get you from zero to 100 percent in just 35 minutes.

Elsewhere on the realme GT

It has a 6.43 inch AMOLED display with a 120Hz refresh rate and a 360Hz touch sampling rate — something mobile gamers might be particular to. Being a flagship, it also naturally has support for 5G and Wi-Fi 6.

It’s also equipped with a 64MP triple camera system with the usual features like portrait mode as well as a brand new night portrait mode. Like most flagships, there’s also AI assist so you can point, shoot, and post to your heart’s content.

The realme GT has Dolby Atmos Dual Stereo speakers, Hi-Res Audio, and a 3.5mm audio jack with low latency and low interference charge. Lastly, it’s one of the first devices to come with Android 12 Beta 1. Later this year, it will be updated to the new realme UI. 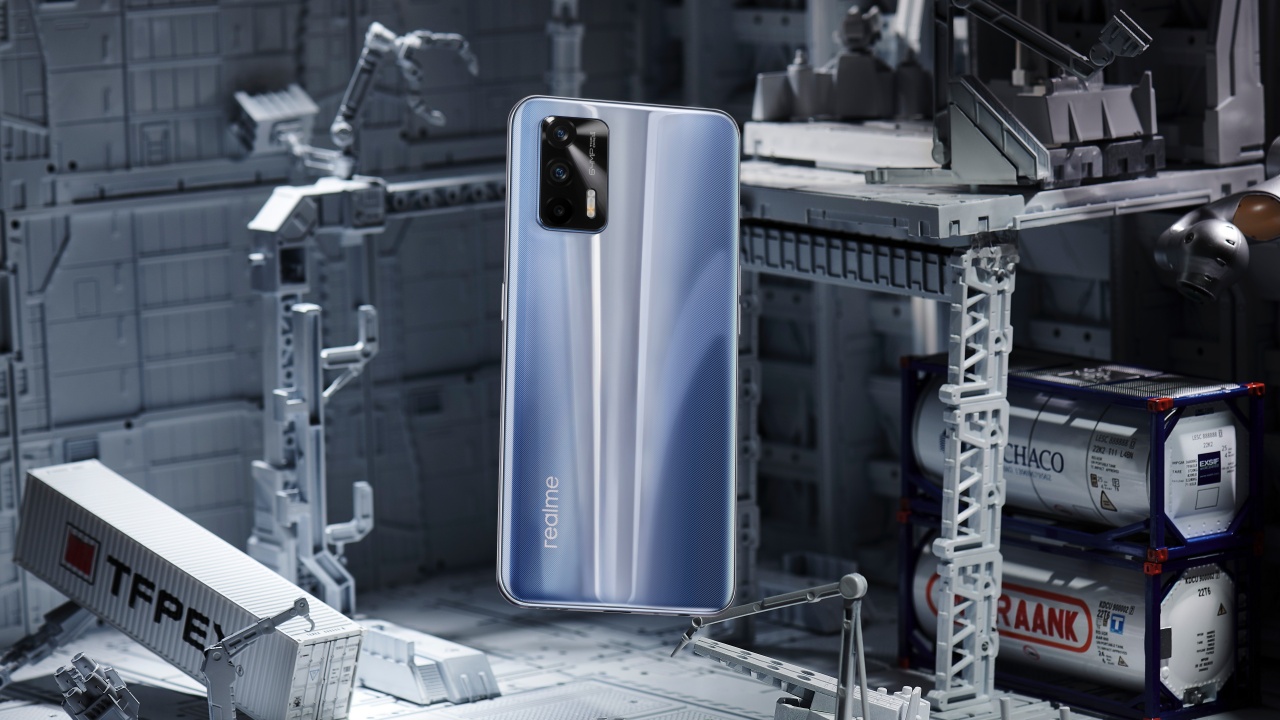 The realme GT is now available for purchase in selected countries, including Poland, Spain, Russia and Thailand. Additional markets to follow.