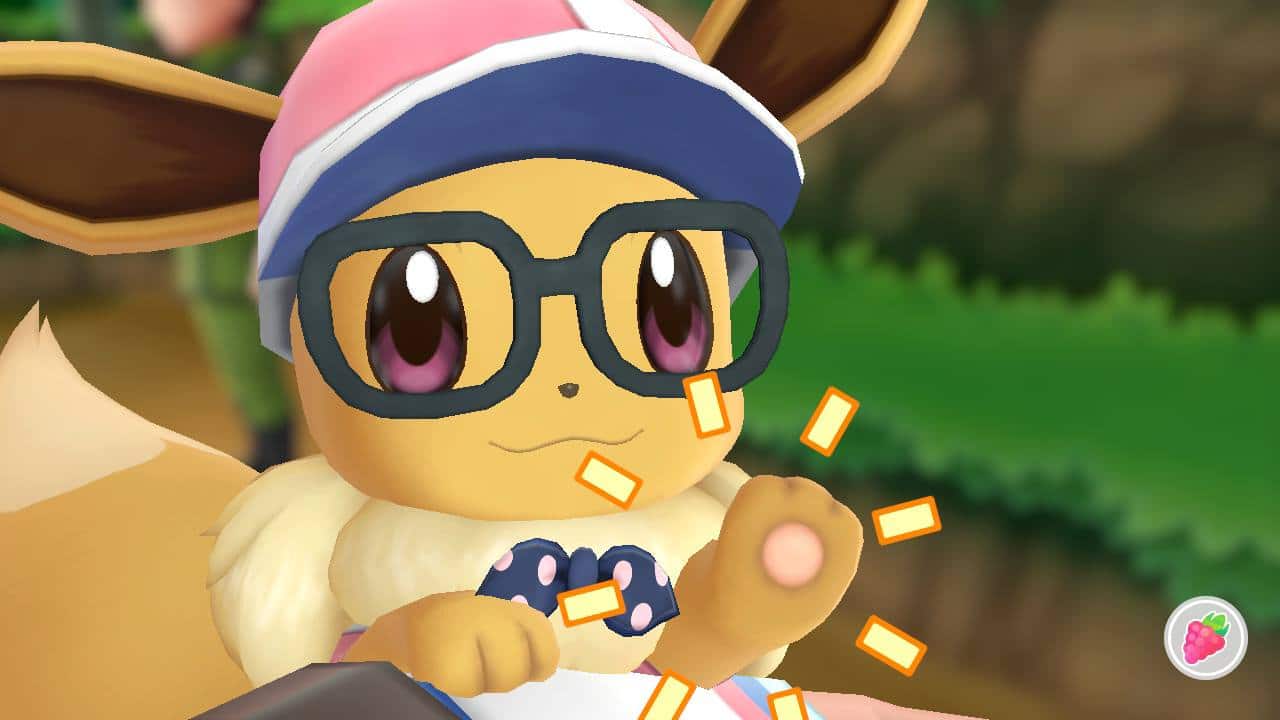 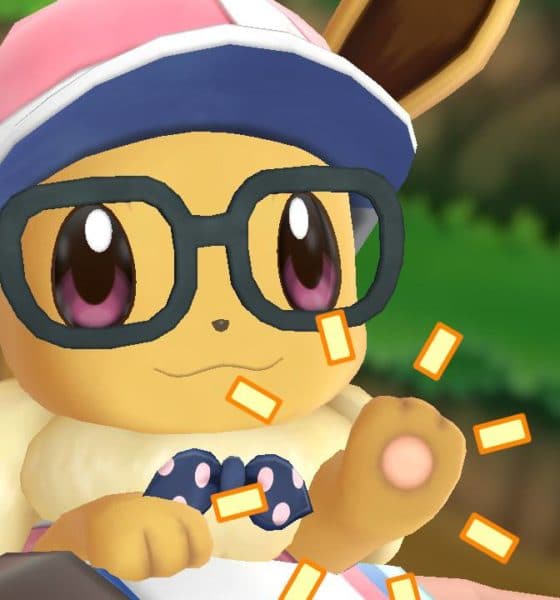 Countless times, my friends have jokingly asked, “Where’s Mario?” My name — Luigi — has unwittingly cursed me into a lifetime of jokes associated with Mario’s green-suited brother. Ironically, my favorite Nintendo franchise isn’t even remotely related to the Super Mario Brothers series. Since childhood, the prestige has always gone to the Pokémon franchise.

During my Game Boy days, I played through the classics of the Pokémon franchise. Sadly, that streak ended with Pokémon Emerald, immediately before the arrival of the first Nintendo DS. Since then, the franchise’s Generation 4 ushered in a period of silence.

Thankfully, Pokémon’s decline was halted by the arrival of the mobile game, Pokémon GO. The pioneering AR game brought back a wave of nostalgia. Despite the initial popularity, the game’s novelty was short-lived, failing to measure up with the classic games. Of course, the game wasn’t from Nintendo.

Now, Nintendo has finally taken over the franchise’s modern renaissance. Weeks ago, Pokémon: Let’s Go, Pikachu! and Let’s Go, Eevee! launched for the Nintendo Switch, promising a new world for the new generation. Besides ushering a generation, the nostalgic series revitalizes the old and creates a new ecosystem. 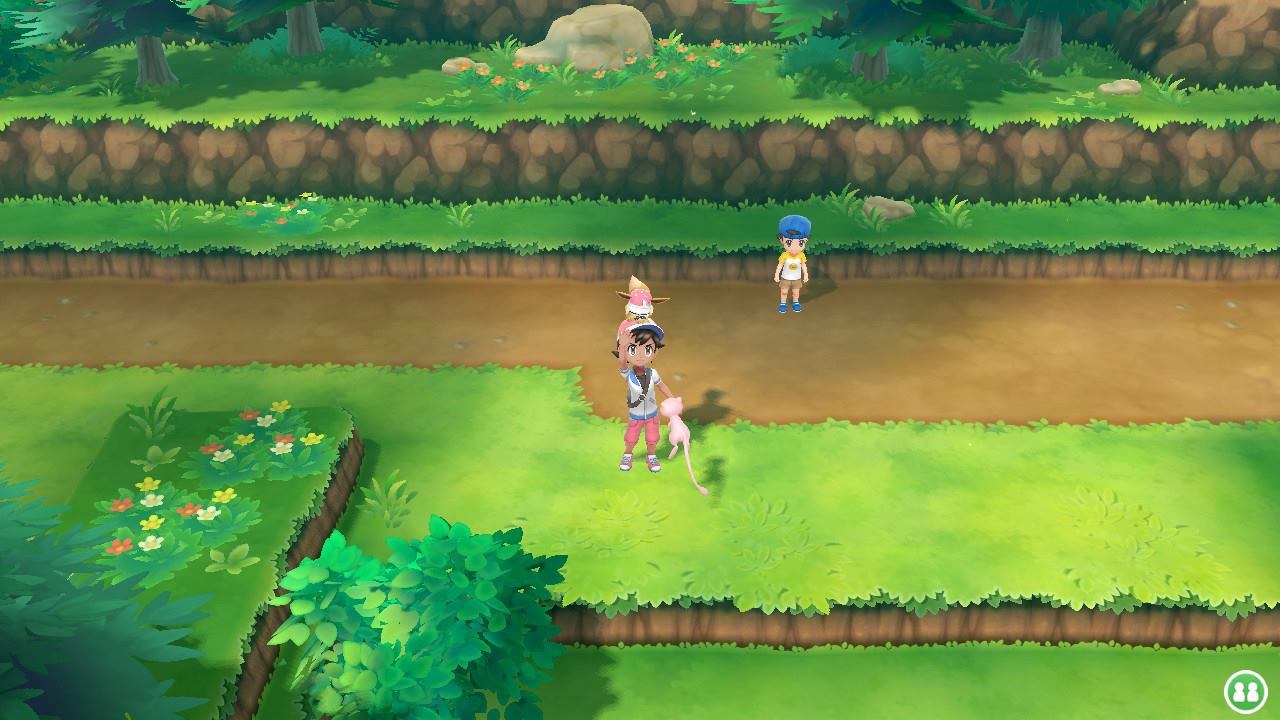 Right on the tin, both games advertise a return to Kanto, home of the first Pokémon. Pikachu and Eevee are remasters of the original Pokémon Yellow. In the original, Pikachu replaced the traditional trio of Bulbasaur, Charmander, and Squirtle. Likewise, Pikachu and Eevee replaces the starter Pokémon based on the version you purchase. 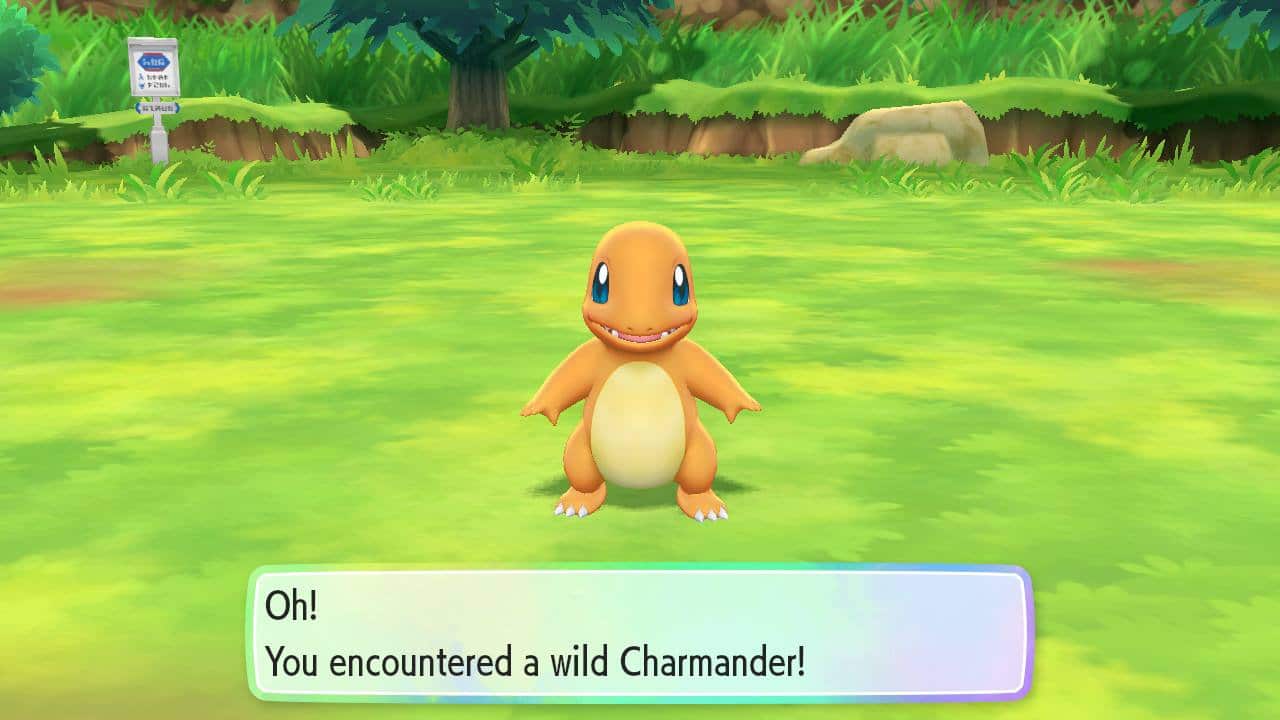 After Pokémon GO’s initial wave of novelty, the franchise’s fans chided the game for depersonalizing their favorite creatures. In GO, Pokémon became collectibles, valuing quantity over quality. Completely contrasted to this, Pikachu and Eevee added a thick layer of personality to all 151 original Pokémon.

Mostly, this dynamic personality applies to your chosen partner, Pikachu or Eevee. Like Yellow, your partner Pokémon follows you around. However, instead of just a few pixelated frames, both have their own new sets of animations and moves. For example, Pikachu hangs out on your shoulder as you walk. Eevee perches atop your head. In combat, both have exclusive move sets. Eevee, for example, uses Veevee Volley, an extremely strong Normal move that activates only occasionally. Cutely, you can interact with both partners outside of combat, petting them or playing patty-cake using the Switch’s touchscreen. 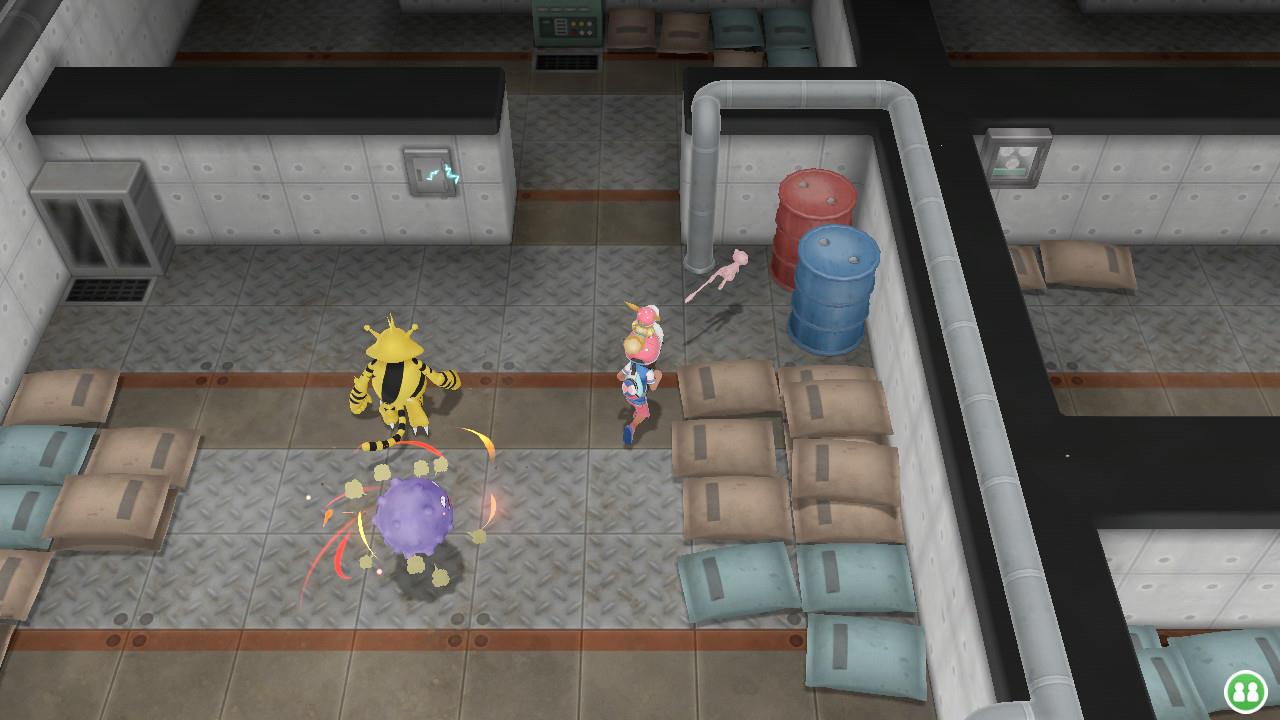 Additionally, you can take a Pokémon out of its Poké Ball, acting as a secondary companion. Also, their animation depends on their build. Mew floats ahead of you. Kangaskhan carries you in its pouch. Charizard flies and carries you on its back. It creates a much more dynamic world compared to the original games.

Speaking of, wild Pokémon encounters are no longer completely random. Instead, you can see the wild Pokémon wandering around, letting you choose which to catch. Catching them is also different. Instead of going into combat, the games adapt the same system as Pokémon GO, using catch rings and berries. 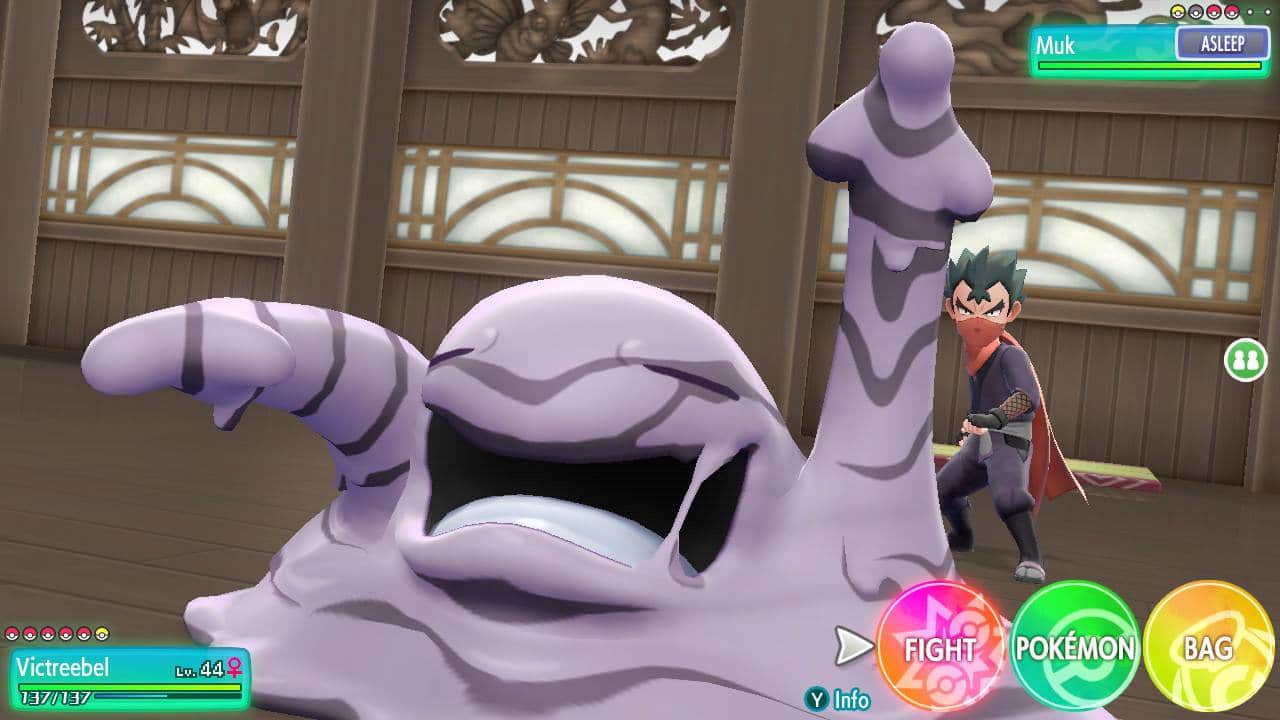 Along with the games, Nintendo also launched a new controller, the Poké Ball Plus, specifically made for the new Pokémon games. Unfortunately, the optional controller, shaped like a Poké Ball, is pricey, costing US$ 49.99 on its own. The bundle — the game plus the ball — costs US$ 99.99, reducing the price by 10 bucks. That said, why should you buy a Poké Ball Plus?

Firstly, the ball comes with a free Mew. Traditionally, this mythical Pokémon was obtainable only through Nintendo-exclusive events or hacks. The Ball finally provides an easily accessible way to obtain one of the franchise’s most elusive Pokémon. 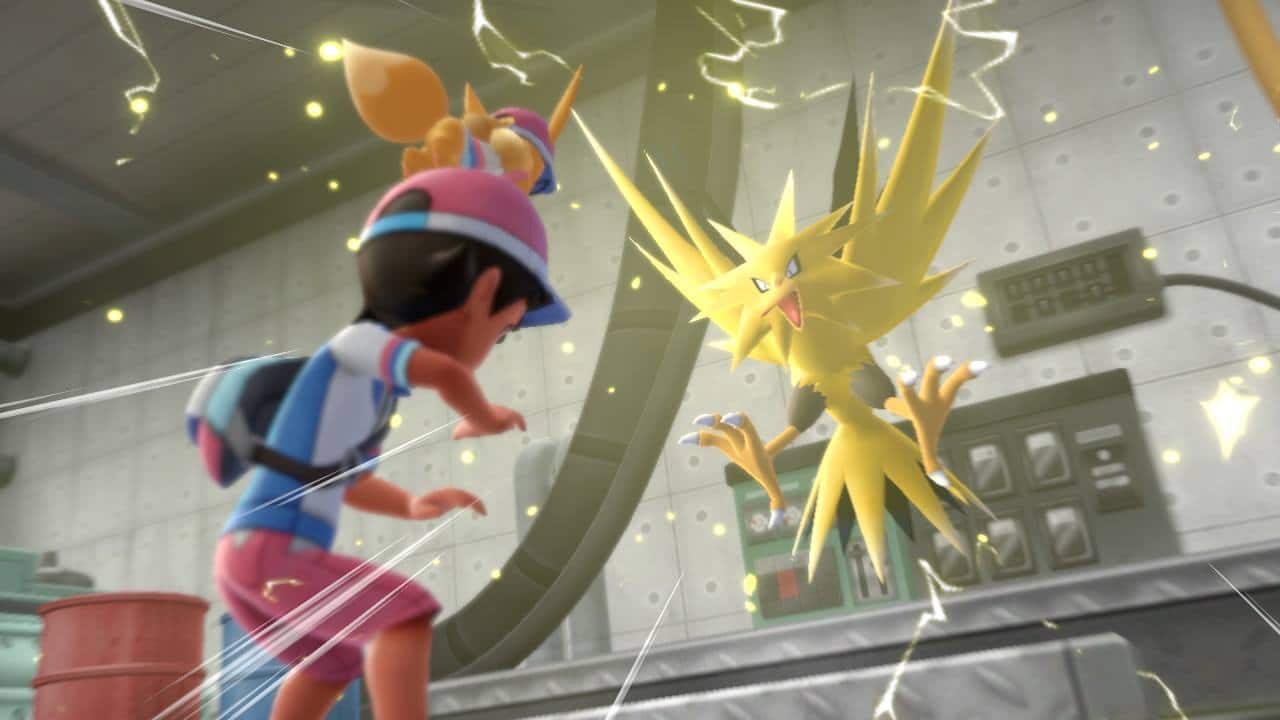 Secondly, it creates a new experience for the franchise. While it has only two buttons, you can use the ball in a throwing motion to catch Pokémon. Instead of just pressing A, the new mechanic simulates the feeling of actually throwing a Poké Ball. It’s unique and strangely gratifying. Additionally, you can take a Pokémon (housed inside the Poké Ball) with you on your daily commute. As you walk, it gets experience, similar to GO’s buddy system.

Thirdly, the ball acts as a Pokémon GO Plus, connecting the Switch games with GO’s world. To those who still play GO, the Poké Ball is a welcome arsenal, especially in crowded cityscapes. Similarly, you can transfer Pokémon from GO to Switch, making it easier to fill a Pokédex. 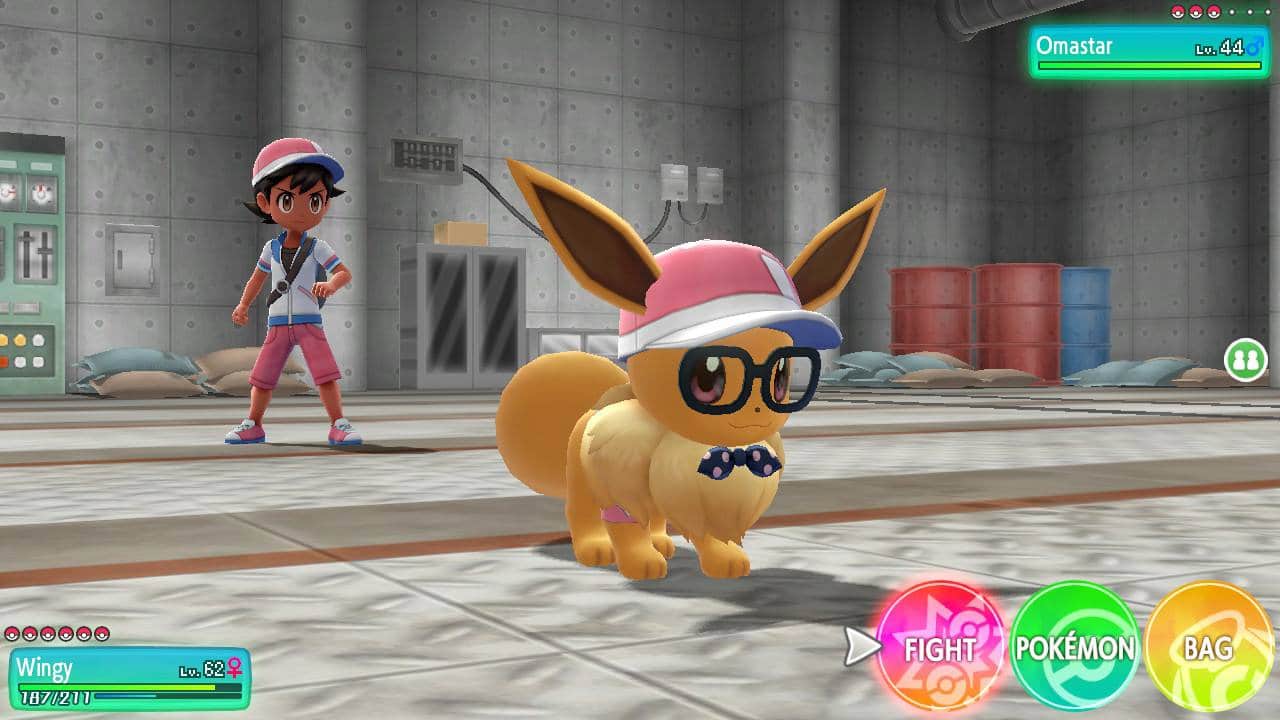 Finally, the Poké Ball Plus is a clear indication of the Pokémon franchise’s future. Next year, Nintendo will launch a fresher addition to the franchise, marking the console’s first full-fledged Pokémon game. By then, the future game will fully integrate the Ball into its mechanics, making the controller a worthy investment.