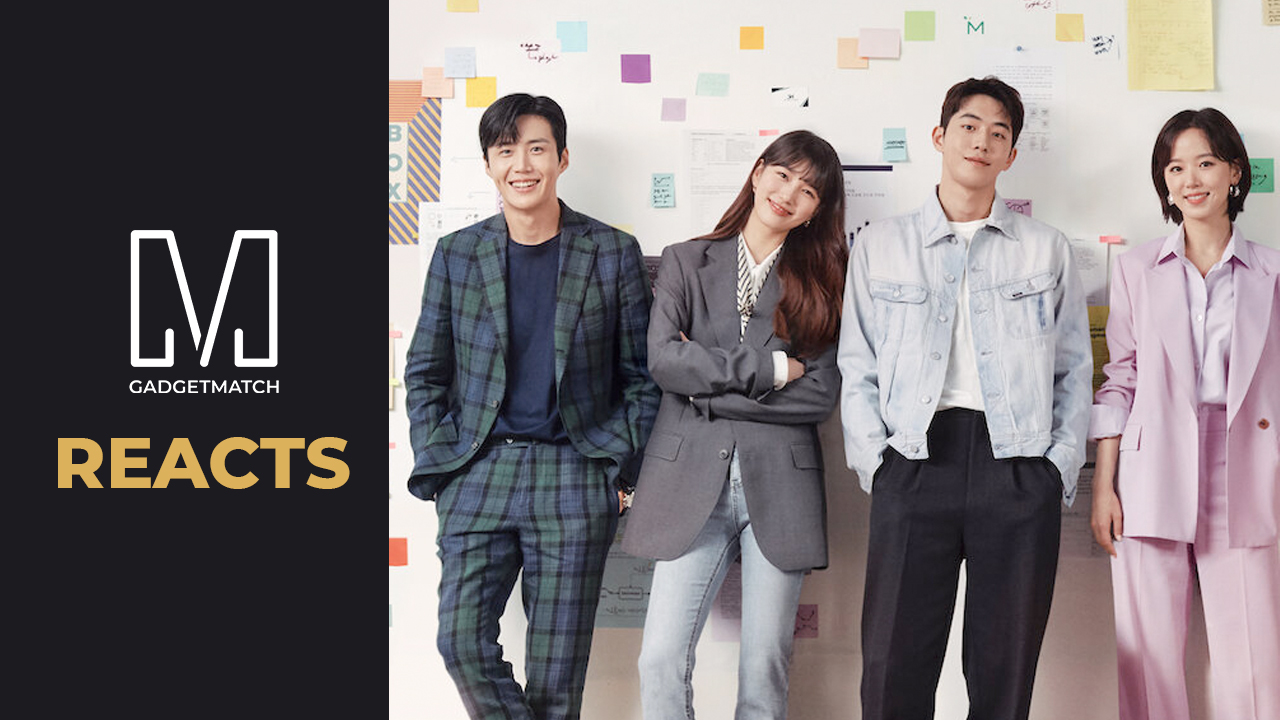 Start-Up has been the talk of the town for quite some time. And there’s a reason why people are enamored with the K-Drama and its cast. It showcases the struggles of starting a business and discusses the technology we have now and about to have in the future.

Of course, everyone has their own opinions and thoughts about the show. Such is the case for the GadgetMatch team. Find out what their thoughts are about Start-Up in this GadgetMatch Reacts episode. 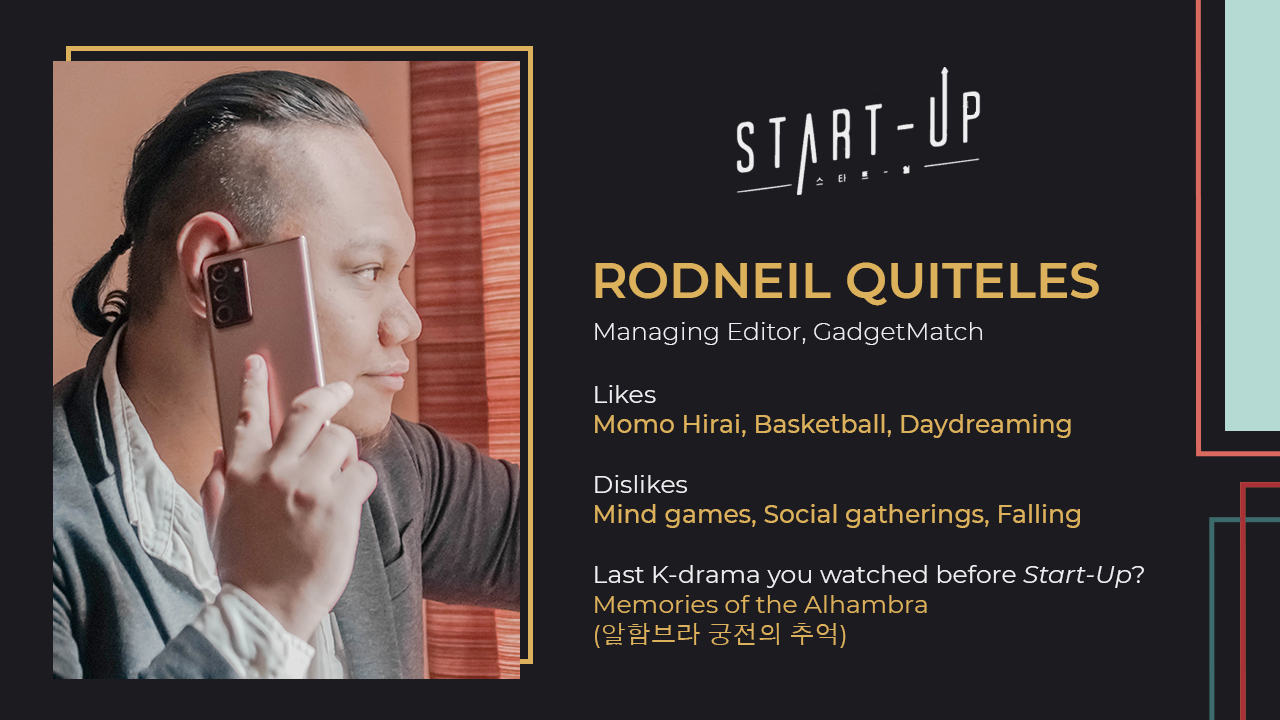 In a way I kinda related to both the male leads. With Do San, I remember my younger years being indecisive and mostly unsure of myself. But overall, it’s really Ji Pyeong that I saw myself in the most.

My role at work now requires me to think fast, be knowledgeable, and make quick, smart decisions all on the fly. I also take a while to make a move on women I like. Lol. Although, unlike Good Boy, my tongue isn’t as sharp and I look absolutely nothing like him — which is pretty tragic. 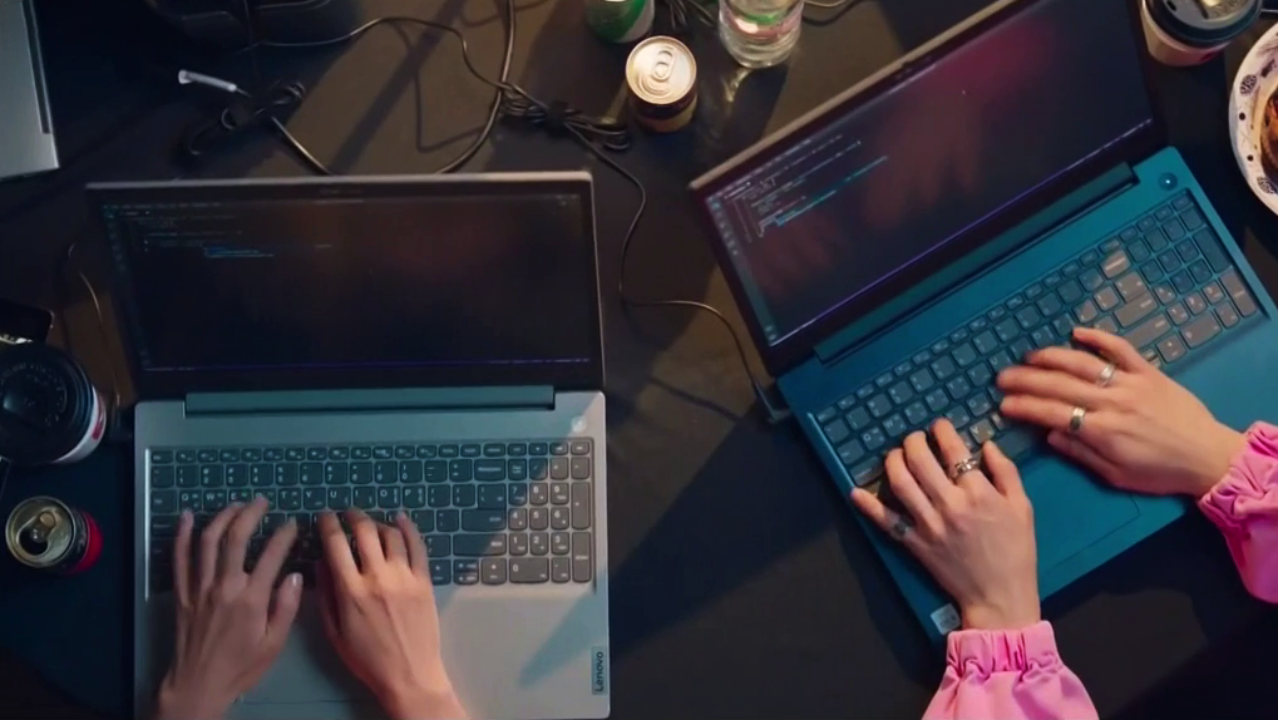 I just thought it was a really fun, lighthearted watch. I didn’t really put too much thought into how accurate the portrayals of running a start-up and what not. I’m already too busy and too stressed running a team to put myself through all that trouble.

For me, it was a reward every weekend. The dynamic between the characters was fantastic and just a joy to watch.

If I had to point something out, it was how the smartphones/gadgets they were using didn’t really reflect the three-year time skip. But this, along with the other potential inconsistencies didn’t really takeaway from my overall experience of the drama. 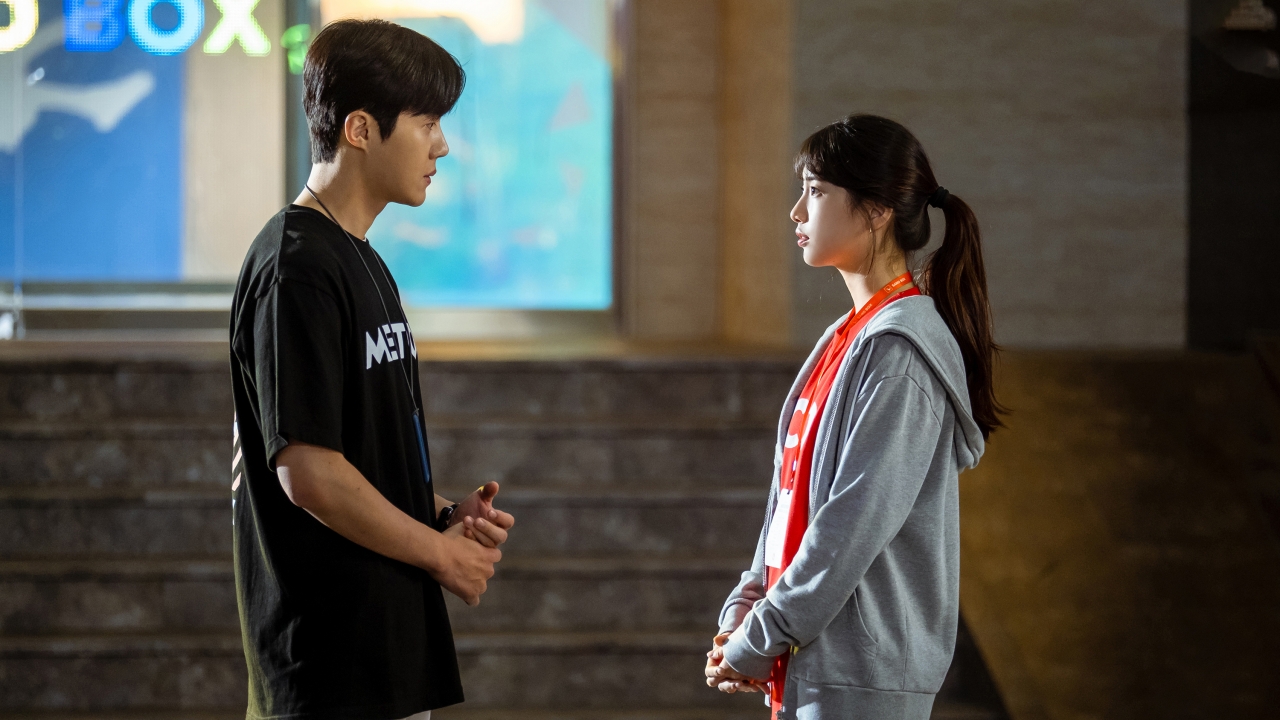 Which love team are you rooting for?

#TeamGoodBoy only because I saw myself acting the way he did more.

100%. As I kept mentioning, this is a thoroughly enjoyable drama and one I would likely rewatch over the holidays, assuming I’m able to squeeze in a break. 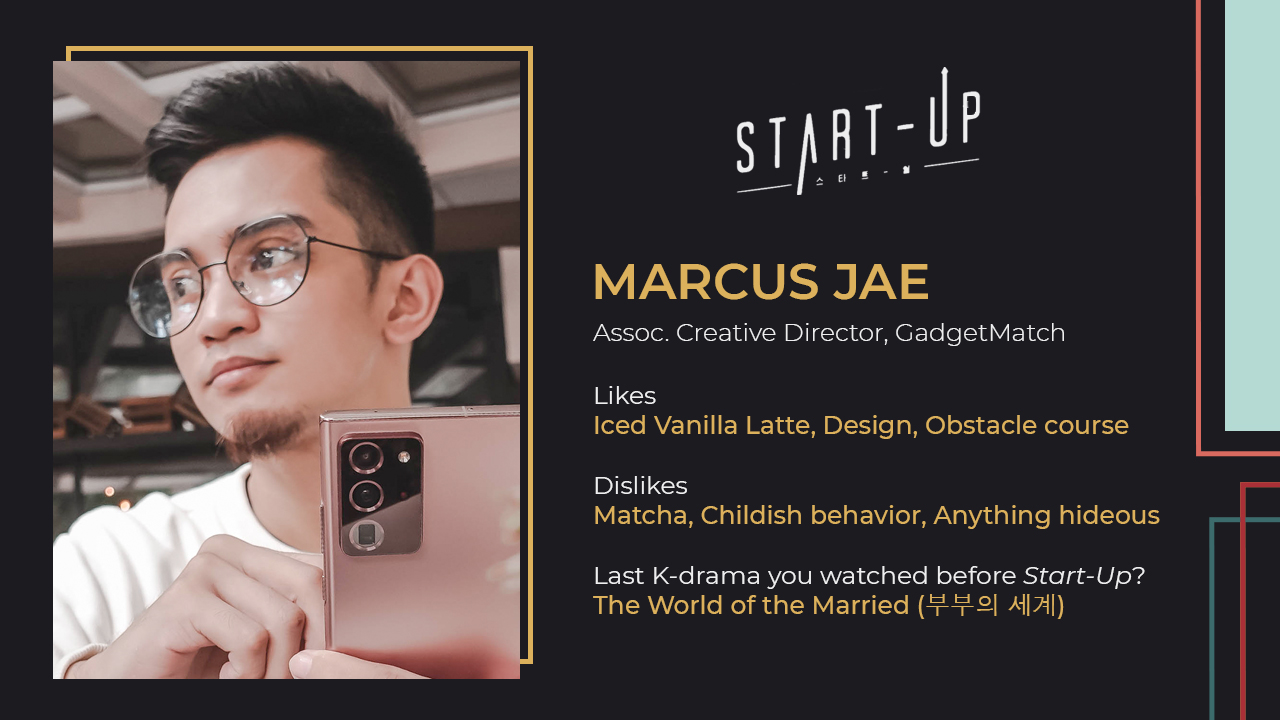 I was on the verge of quitting my plans to set up the passion project I planned five years ago. As a show about business and technology, Start-Up piqued my curiosity.

I was leaning towards between Seo Dal-mi, Jung Sa-ha, and Won In-Jae. In terms of aspirations, I’m as ambitious and idealistic as Seo Dal-mi, and I like taking risks in my career and other opportunities. Won In-Jae’s commanding persona is what I also wear on most days.

Although, my friends and I claim I’m more of a Jung Sa-ha — Looks presentable, composed, unbothered, and has high self-esteem and self-worth. Like her, I’m also a designer. 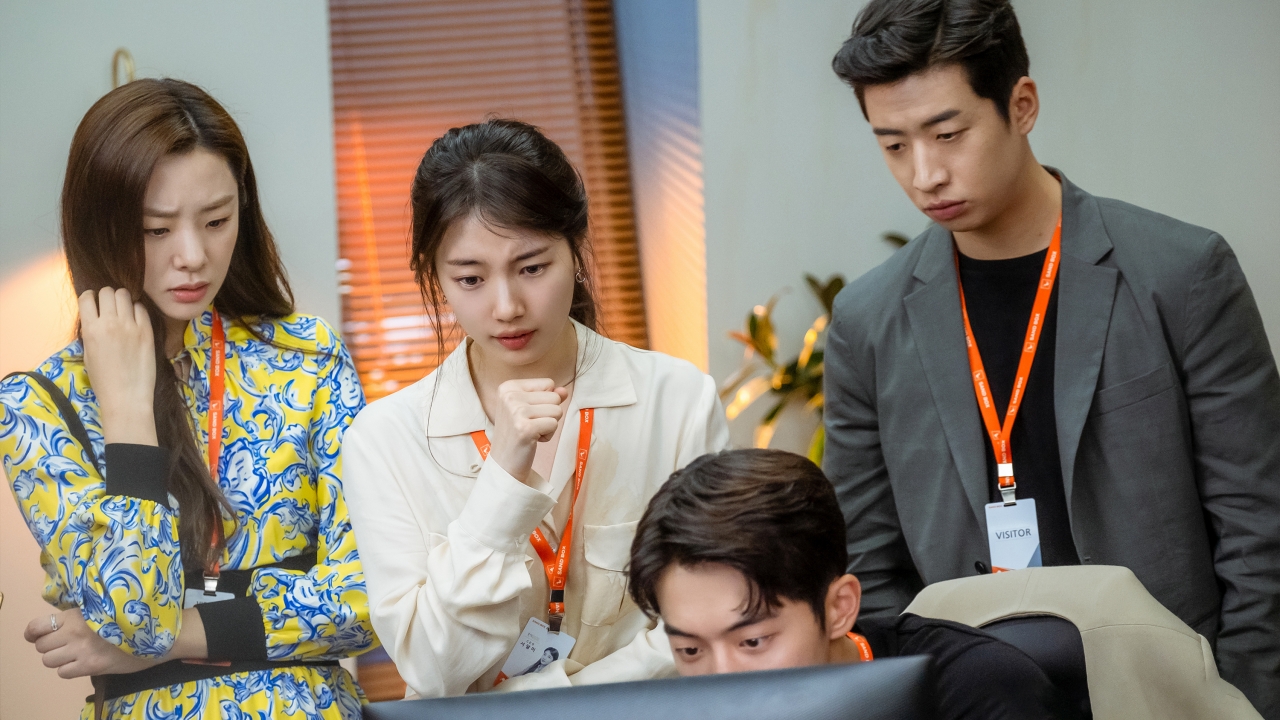 Start-Up, for the most part, gave the average people a sneak peek on how start-ups, the business world, and technology industry work. I liked it when the show presented the female leads as technology entrepreneurs, as opposed to the usual male CEOs.

However, the show focused more on the usual K-drama tropes — emotional moments and romantic scenes — instead of exploring character developments and showcasing teamwork and other ingredients needed to succeed in work and life.

Frankly, we could’ve at least watched Morning Group’s downfall, Won Sang-Su and the twin developers suffering the consequences, the Seo sister’s eomma standing up for herself, and more. 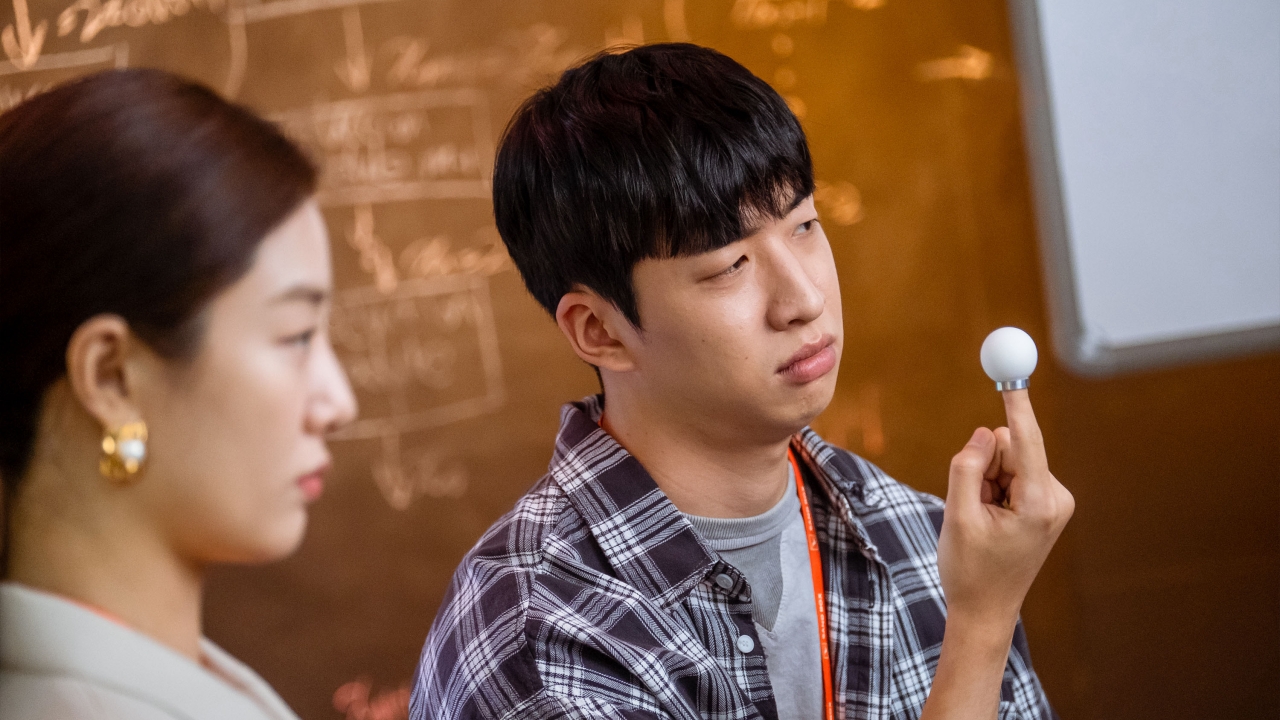 Absolutely. It’s full of lessons, kilig moments, and has a lot of episodes that left me awestruck with its cinematography, lovely music, and heartbreaking lines that will make you realize a lot of things that you can apply in your life. 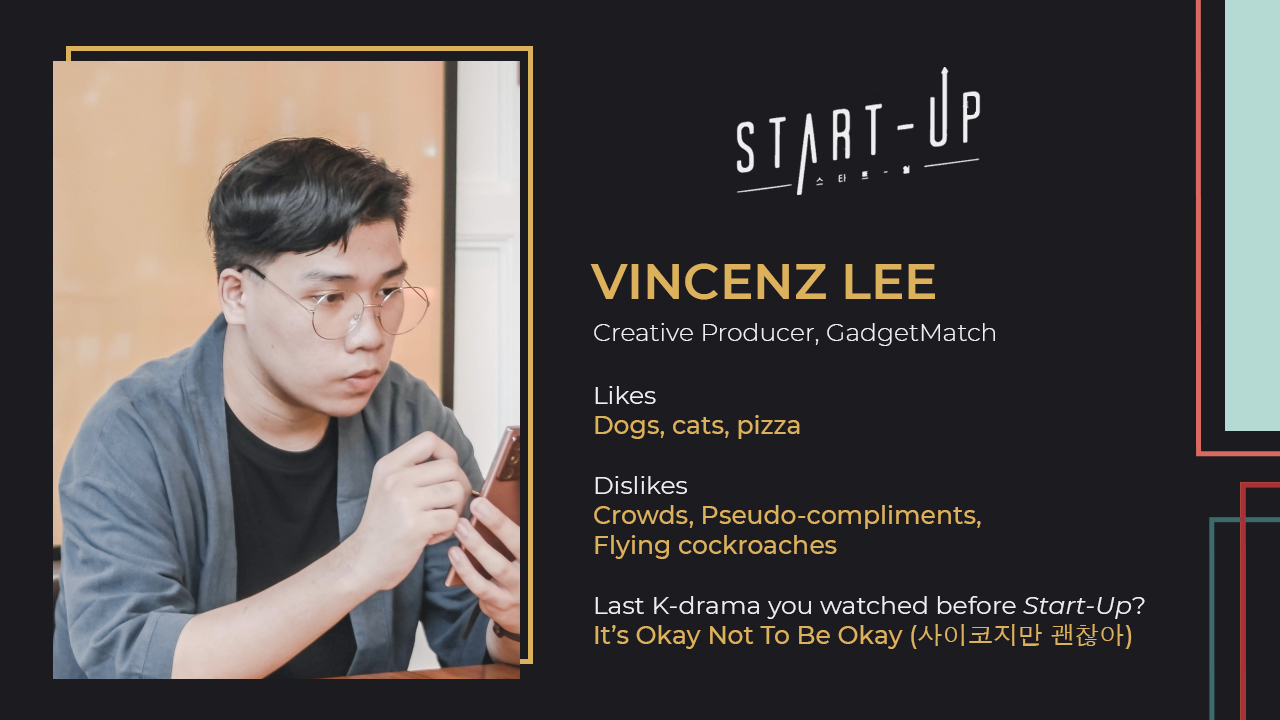 Although I’m very much aware that (my) Bae Suzy is one of the prominent K-actresses around, I honestly didn’t even know she’s part of the cast at first as I was really interested seeing the drama’s synopsis revolving around tech and start-ups more than the cast themselves.

As much as I want to be as successful and charismatic as Han Ji-pyeong, I can say I can relate to Nam Do-san more especially with his lack of self-esteem and worth, plus the struggles in finding his dreams and not being able to move forward because of that baggage he carried for so long. 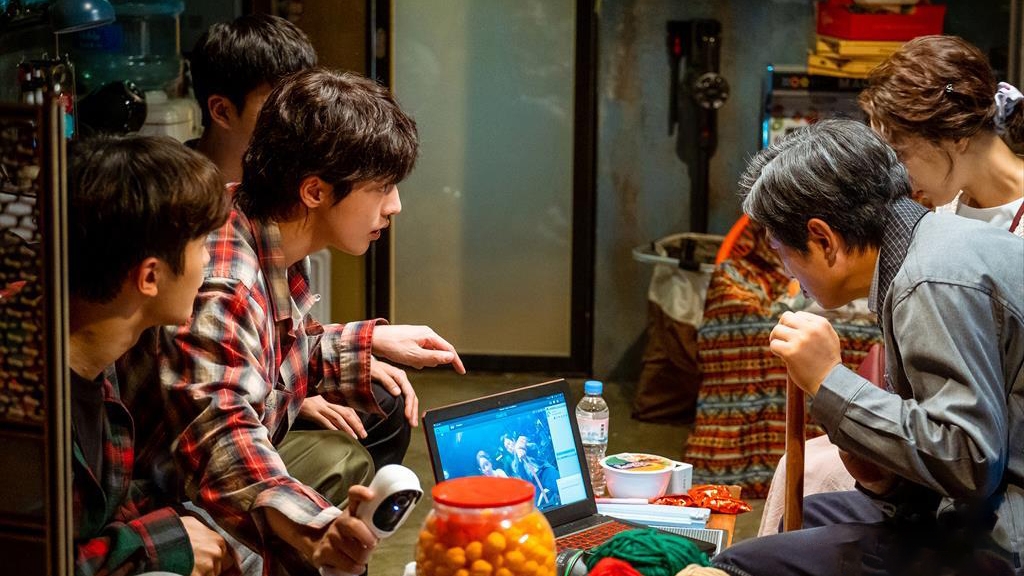 It’s hard to sum it up in one sentence but it’s really a must-watch K-drama not just because I’m a Hallyu fan and a tech junkie, but mainly because we can learn from each character’s struggles that most of us encounter in our mid-20s.

Spoiler Alert: Although I barely believe in the saying “first love never dies”, I honestly rooted for Dal-mi and Ji-pyeong more but the drama made their relationship awkward when the real “Do-san” got discovered — but of course, I expected the ending to be that way because I clearly know the writer loves Second Lead Syndrome and I have no hard feelings with Start-Up’s ending (unlike what I felt in Reply 1988) because Do-san is also a decent guy. 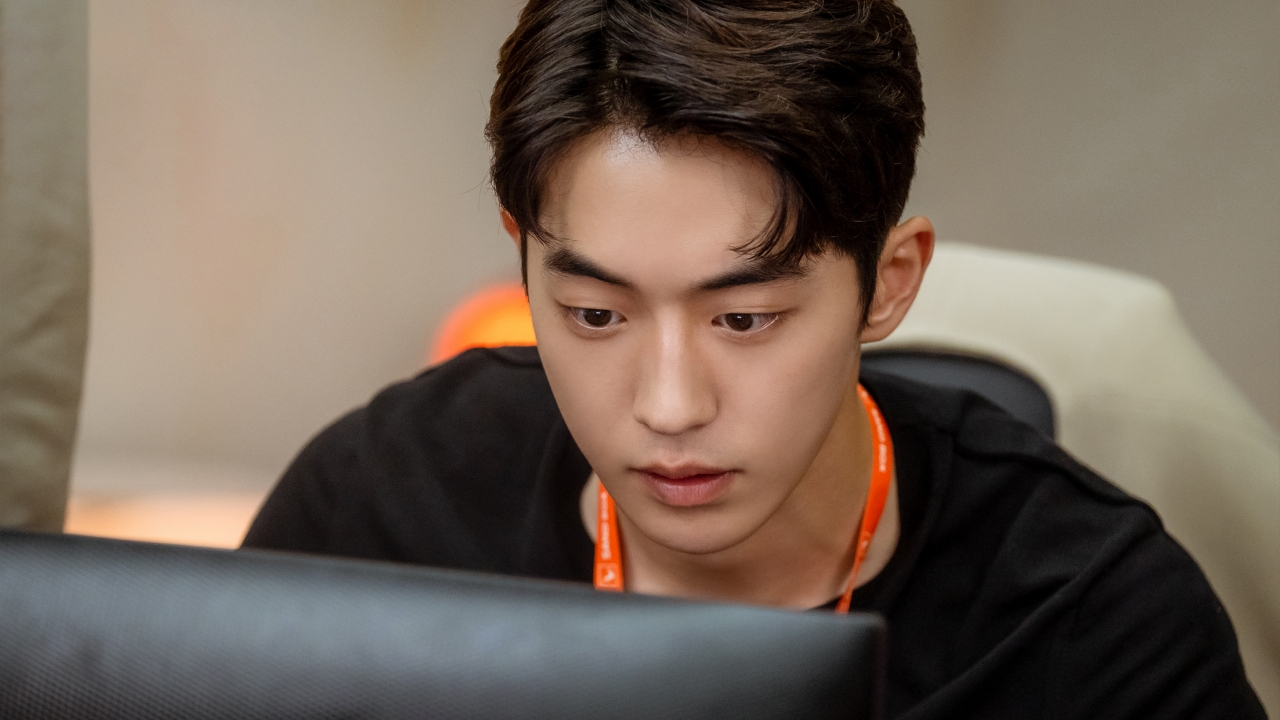 I’m neither from IMDb nor Rotten Tomatoes but it’s definitely one of the best (if not the best) K-Dramas I’ve watched this 2020 especially for the life lessons — and this series also proves that technology is rapidly shaping the future.

“Escapism while brushing up on your tech jargon.” 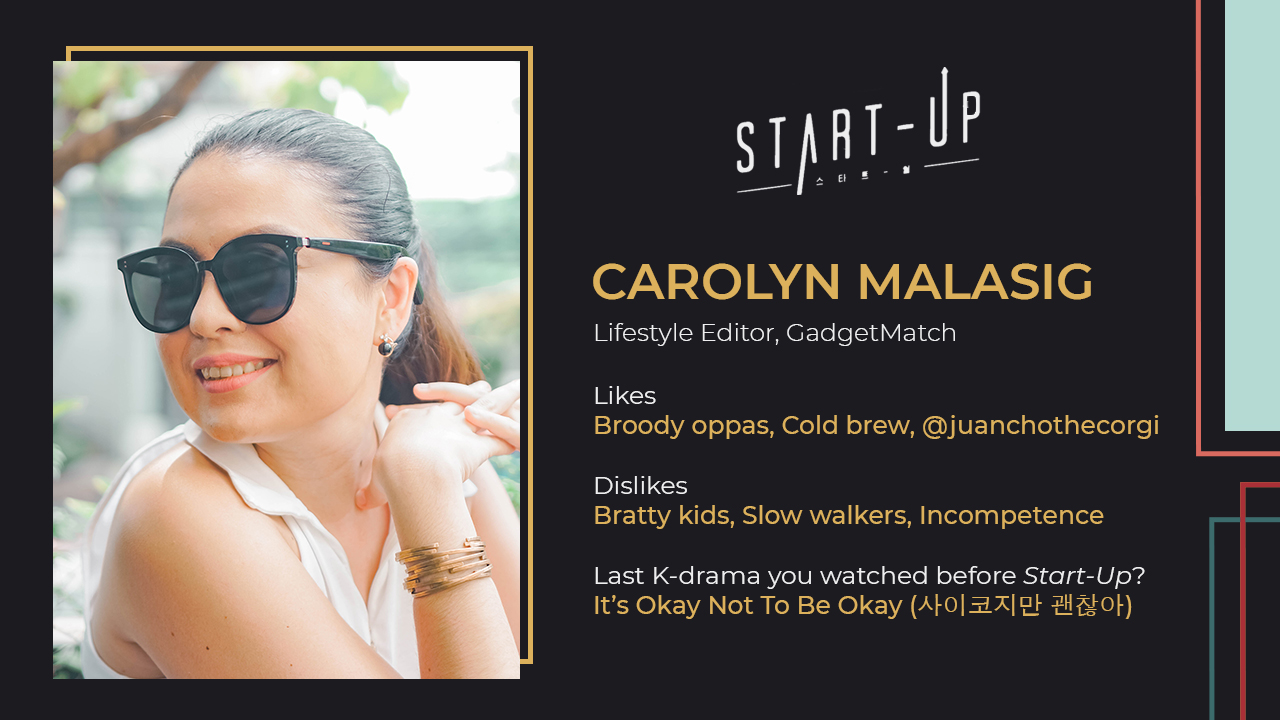 The plot was interesting and I thought I’d learn a bit more about start-ups in general. I did. A bit.

In-Jae for her drive and ambition. Ji-Pyeong for how direct he can be even if it hurts. Honesty all the way, baby. There were also days when I also wanted to high-five Sa-Ha while going ‘yaaas sis!’. 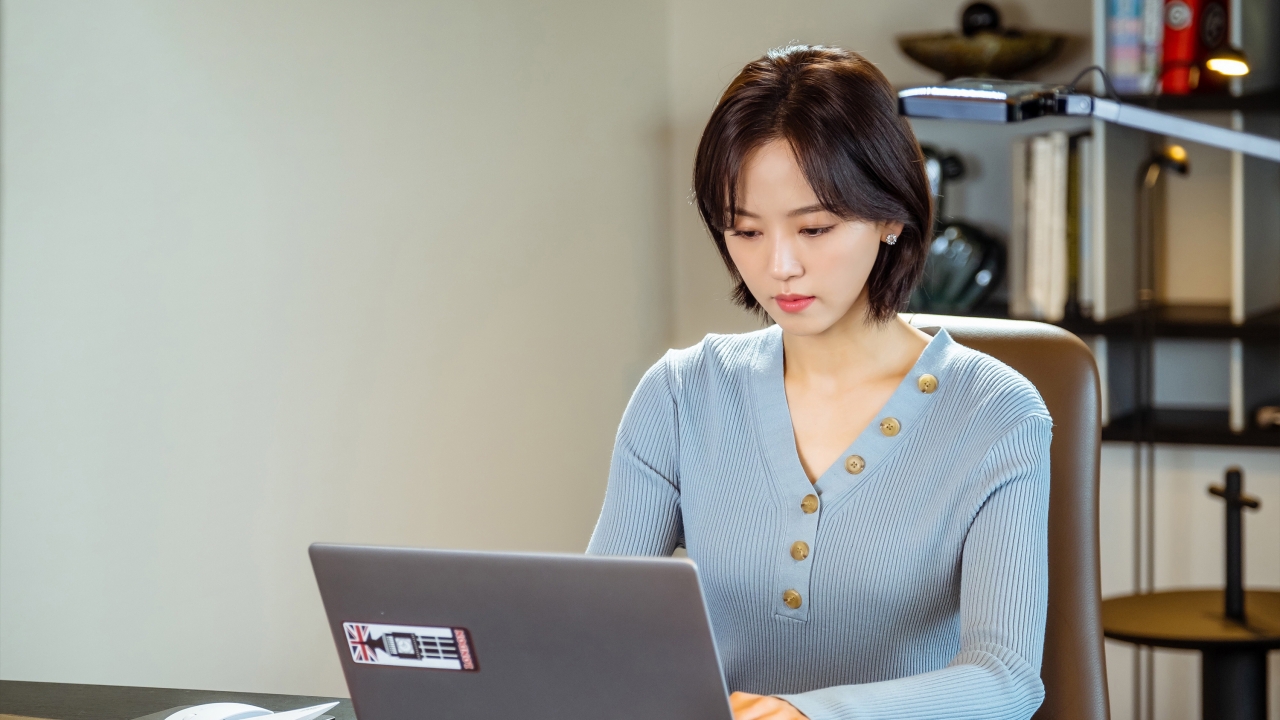 I really enjoyed the series and would even stay up late just to see what happens next right away. I started out as a card-bearing member of Team Good Boy but found Dal-Mi’s character annoying mid-way in the series. Admittedly, I was staying on for Ji-Pyeong and Do-San who’s also really likeable.

I think Start-Up ended in the best possible way. Spoiler alert: I love that they didn’t force pairings for the second leads just to tie up loose ends in the finale, showing that while romantic love is great and all, there are other ways to find fulfillment in life. 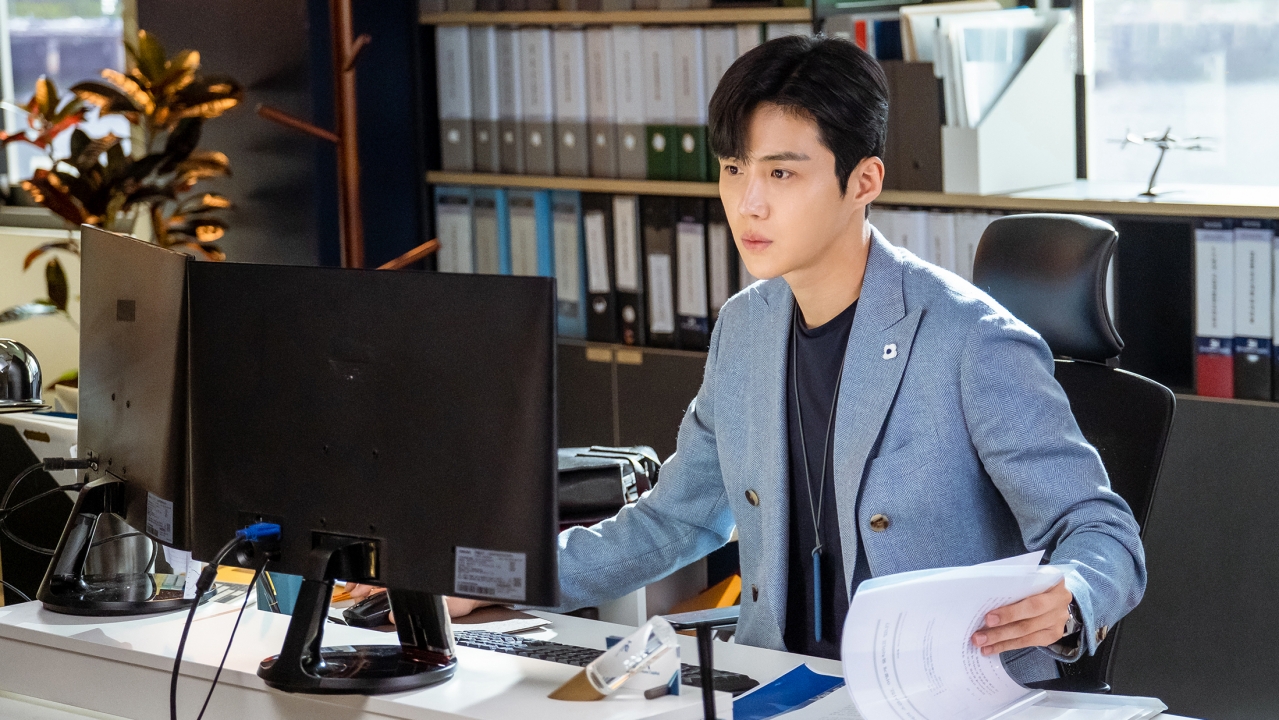 Dal-Mi can have Do-San because it’s Carol and Ji-Pyeong all the way for me. He reminds me of my husband sometimes. *giggles like a school girl*

Totally. It’s one of my favorites this year and there have been a lot of good ones so far. It’s light and something that would really make you feel good after a long, stressful day. 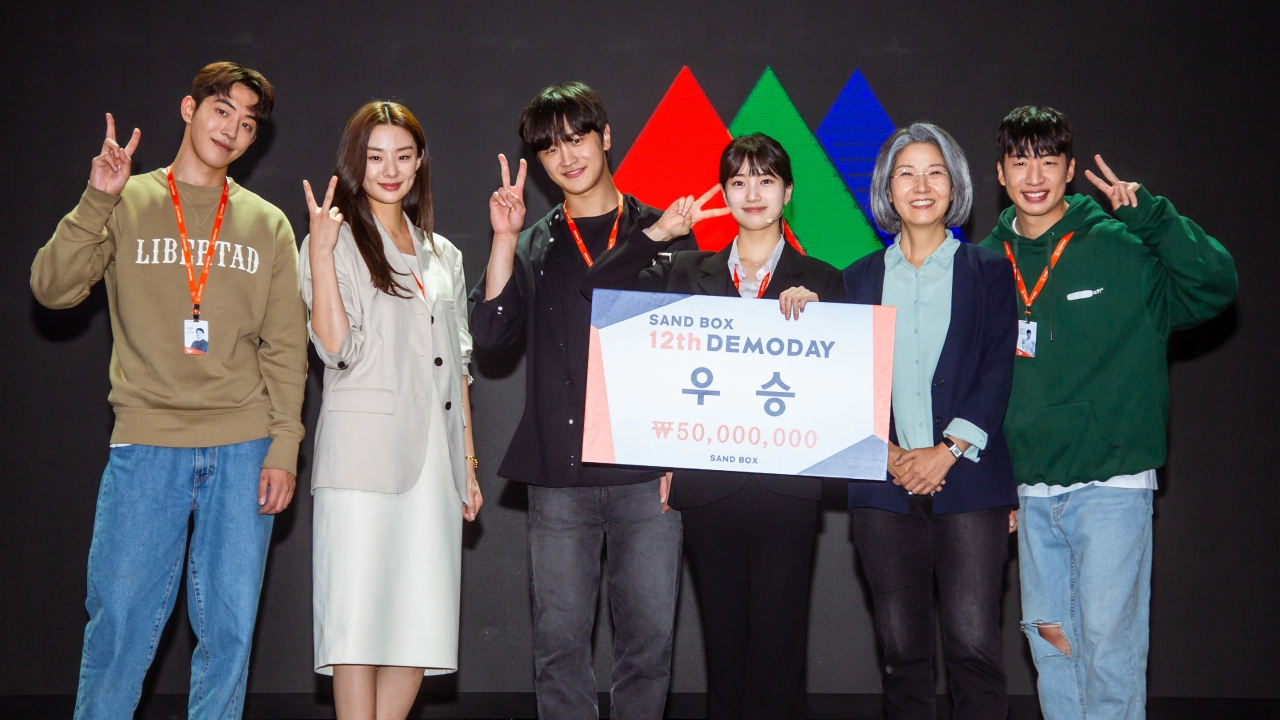 GadgetMatch Reacts is a series where the GadgetMatch team from all over the world pool together to share their love, hate, and other commentaries about the show they’re currently raving.