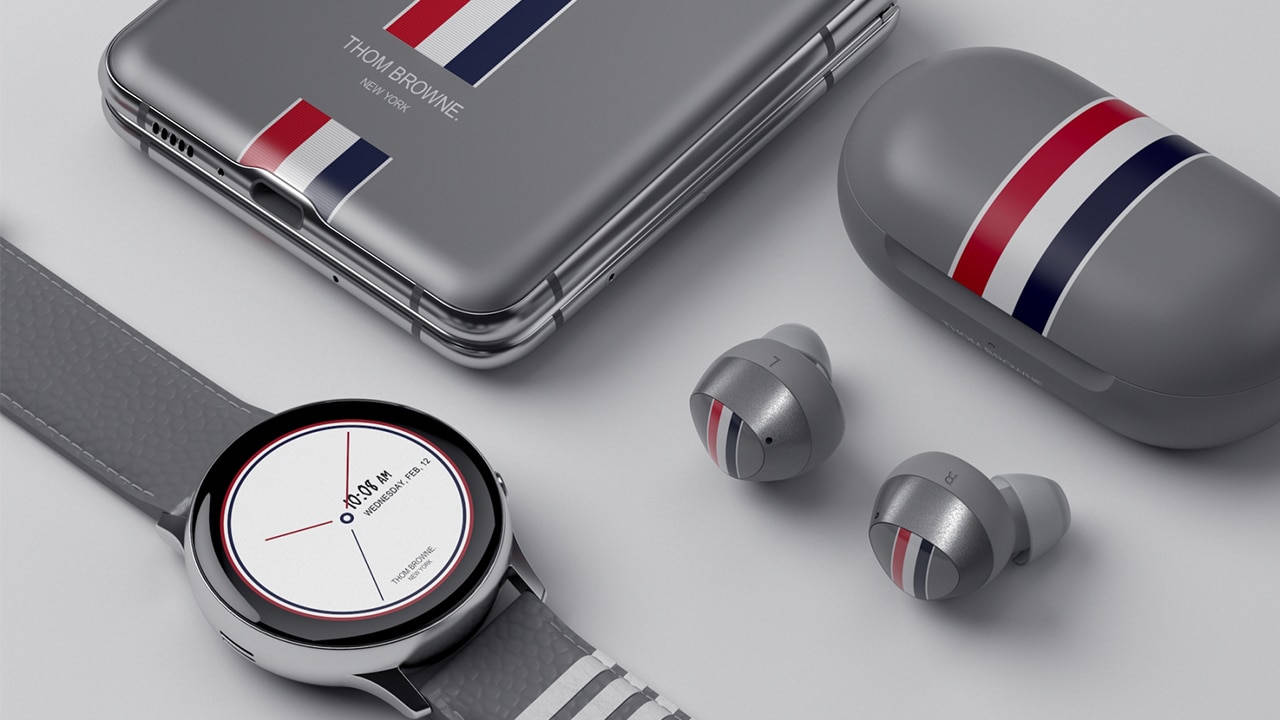 The Samsung Galaxy Z Flip is now official! After weeks of substantial leaks, Samsung has finally launched its next foldable phone. As expected, the foldable smartphone positions itself as a lifestyle device. It even looks like a compact that you can slide easily into your pocket.

Immediately upon launch, Samsung is buying more into the lifestyle market. Beside the original Galaxy Z Flip, the company is also partnering with renowned fashion designer Thom Browne for a quirkier variant of the foldable phone. 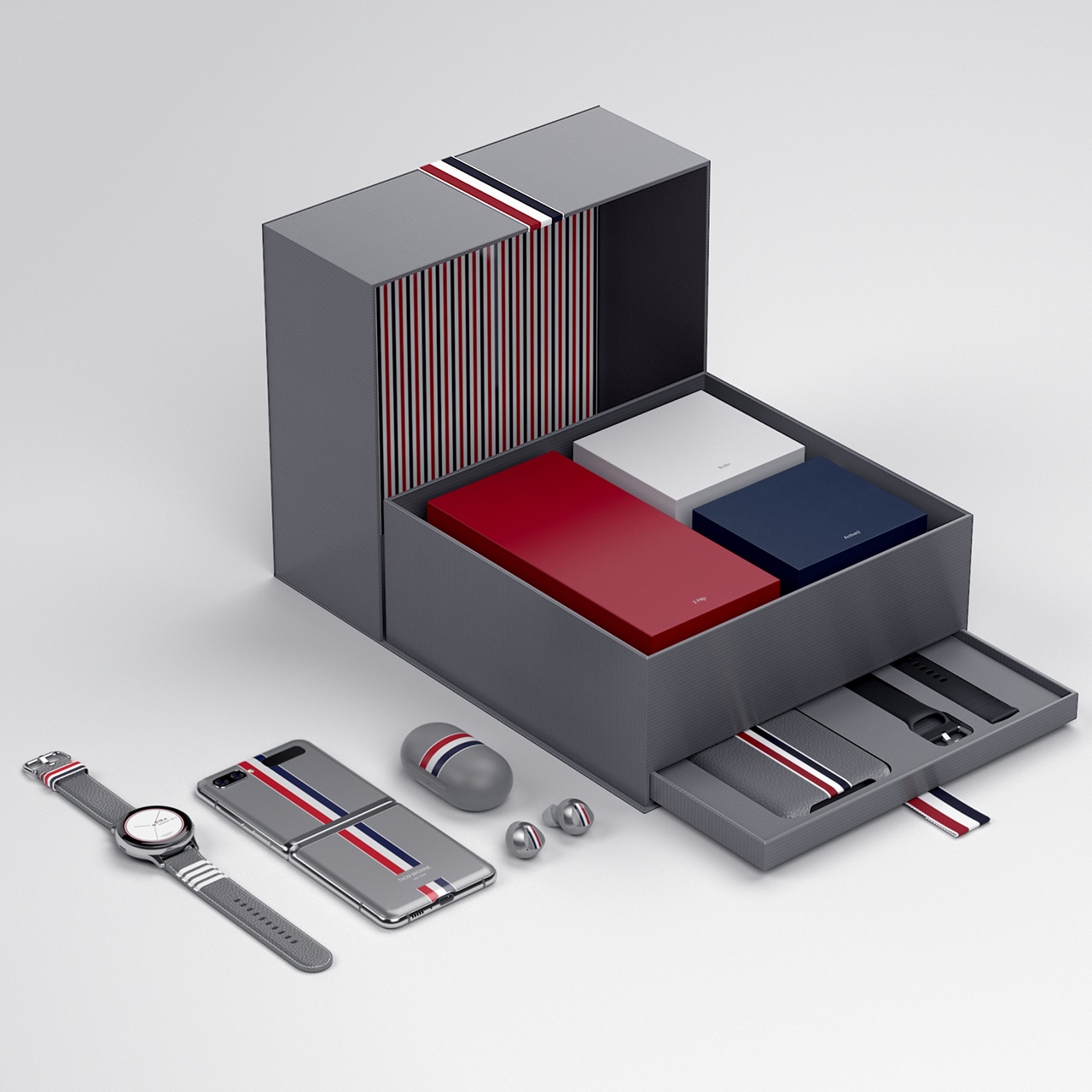 The Galaxy Z Flip Thom Browne Edition shines a brilliant silver. However, it also sports the designer’s iconic red, white, and blue strip down the device’s center. Based on the shown ad, the limited-edition variant will likely come with a similarly designed Galaxy Watch Active 2 and a pair of Galaxy Buds+.

Unfortunately, Samsung is holding a few secrets up its sleeve for now. The company did not unveil the device’s full details at today’s Unpacked event. Instead, they will share more at tomorrow’s New York Fashion Week event. 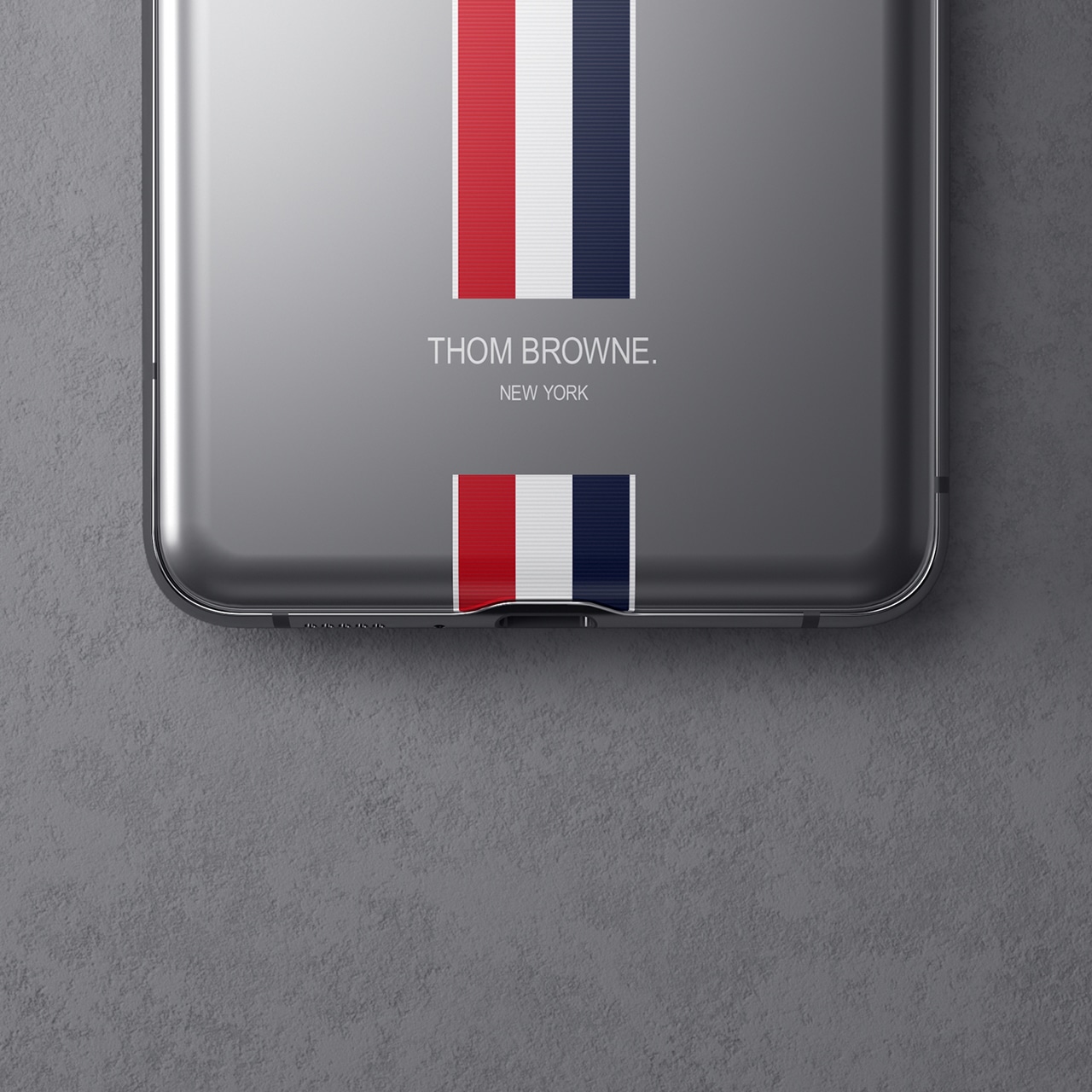 The Galaxy Z Flip carries a 6.7-inch display that folds like a traditional clamshell phone. Inside, it has a 7nm octa-core processor, 8GB of RAM, 256GB of internal storage, and 3300mAh of battery life. The regular variant will retail for US$ 1,380. However, the Thom Browne edition might retail at a higher price — up to KRW 3,000,000 (or around US$ 2,537). It will officially ship out starting February 14.