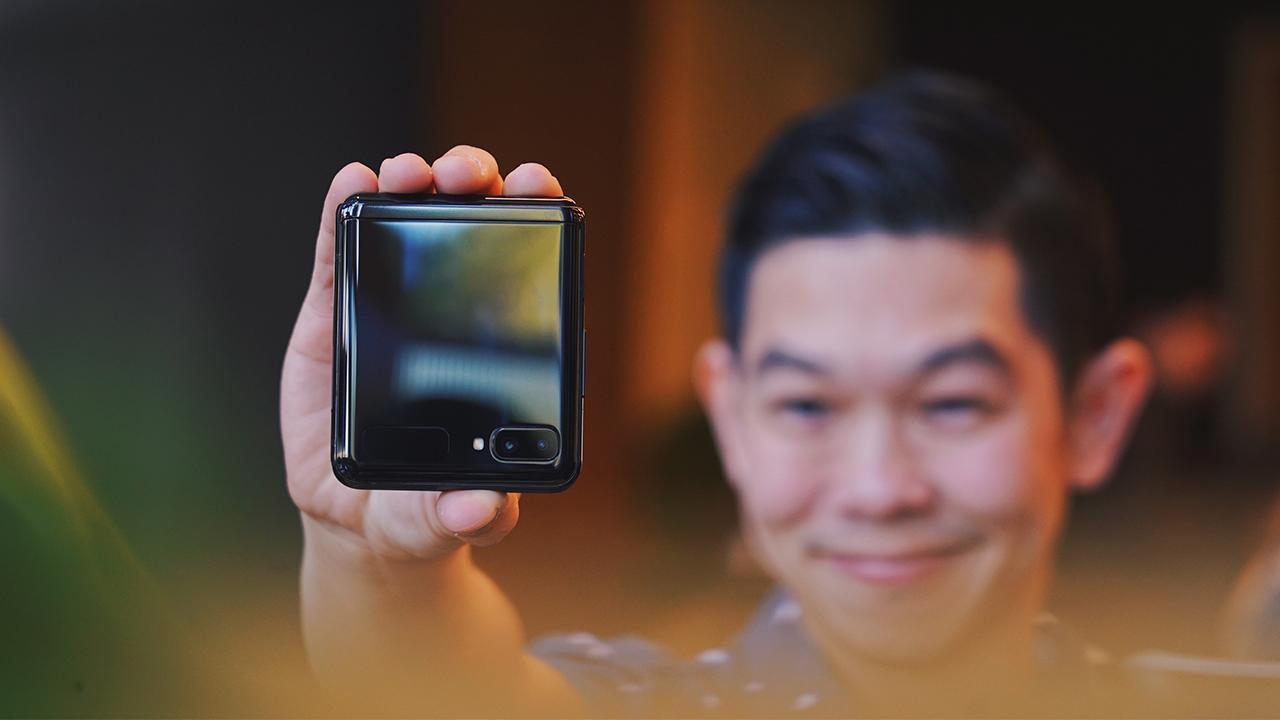 We already got a good look at the Samsung Galaxy Z Flip thanks to the ad showing up at the Oscars. Now that it’s official, we finally get more details on Samsung’s new foldable.

Samsung is calling this the first device on the Z series. It’s not a direct successor to the Samsung Galaxy Fold, which kind of makes that device feel even more like a concept phone that the company decided to sell to be first to market.

That said, the Z Flip looks to be more promising as Samsung is ditching the plastic screen on the Galaxy Fold for the Infinity Flex Display. It’s Samsung’s proprietary Ultra Thin Glass (UTG) display which promises to look and feel more premium and be more durable.

It foregoes the notch and instead opts for a centered in-display camera cutout for the selfie camera. No notch means no distractions on the 6.7” screen with a 21.9:9 aspect ratio. A curious ratio choice, but perhaps one that fits the Z Flip’s design.

While the Galaxy Fold was a foldable for the sake of being a foldable, the Galaxy Z Flip’s approach appears more practical.

To achieve the folding action, Samsung developed what it calls the Hideaway Hinge. It ensures a stable way for the device to flip and fold. It can stay open at a range of angles much like a laptop screen which invites several possibilities.

The primary possibility being how the Galaxy Z Flip can practically stand on its own, giving you a camera that you can prop up nearly anywhere and will let you take timed camera shots. Now you really won’t have to rely on another person to get your photo or even video taken when you’re traveling alone.

Close the Galaxy Z Flip and you can still take photos using the main camera for high quality selfies. Additionally, it can also shoot 4K video and Night Hyperlapse, among others.

Software designed for flipping and folding

Working closely with Google, the Samsung Galaxy Z Flip has what it calls the Flex Mode. It’s essentially a version of Google with ONE UI that adapts to the device’s form factor.

When the device is free-standing, it automatically switches into two 4-inch screens. You can view photos, video, and other content on the top half and navigate, search, or comment on the bottom.

In this position, you gain access to the Multi-Active Window. Open the Multi-Window tray to drag and drop apps you want to use. There will probably only be limited app support at this time but expect this to grow as devices in the foldable category increase in number.

When opened, it’ll function like any normal smartphone. Close it and you can still check the date, time and battery status on the cover display.

The Samsung Galaxy Z Flip will be available in limited quantities in Mirror Purple and Mirror Black, starting February 21, 2020 and will retail for US$ 1380.