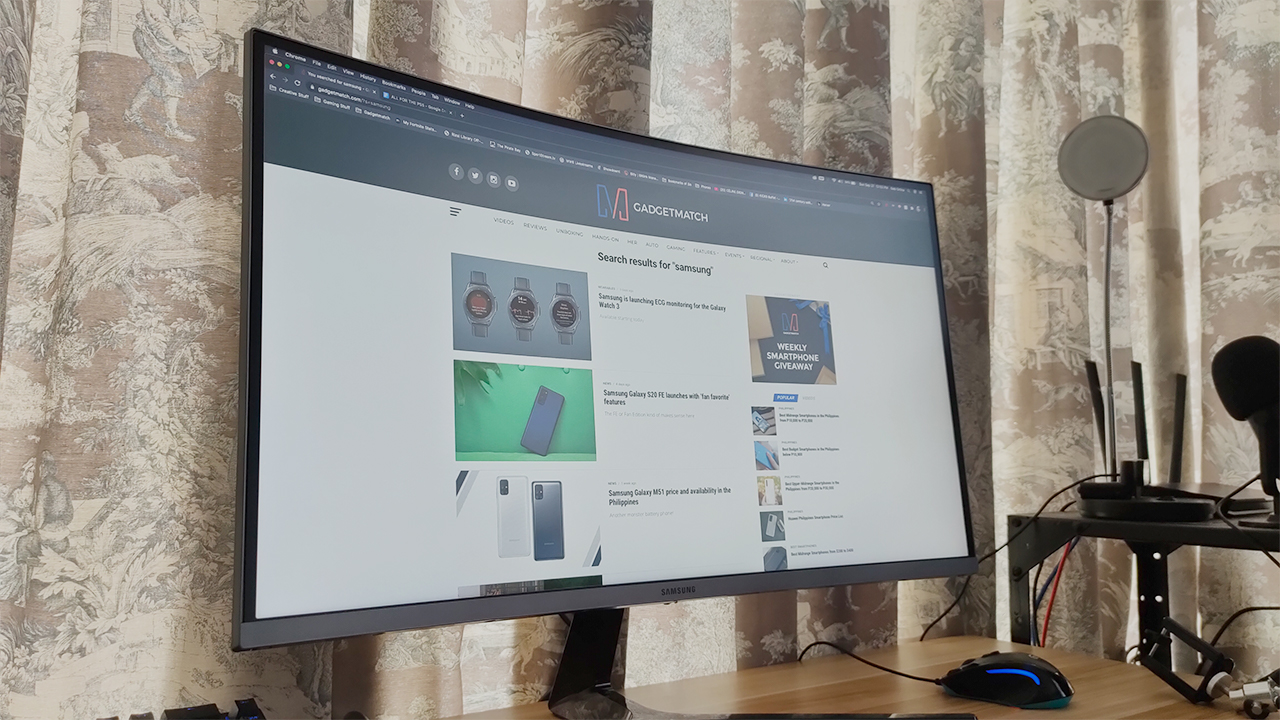 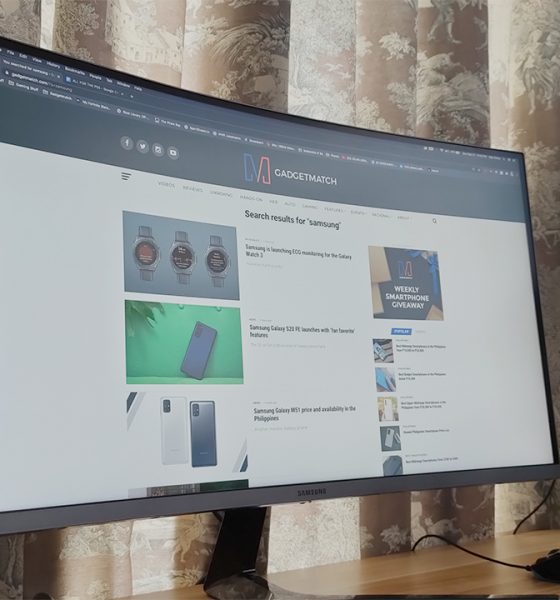 Samsung 27-inch Curved Gaming Monitor review: All you could ever want

A great gaming display thanks to high refresh rate and curved built.

A lot of people find something nice about a curved display. I personally think that this kind of display gives you an illusion of depth to anything you put on it. Whether it’s playing a game or watching a video in full-screen mode, it gives you that sense of immersion. Of course, part of it also comes with bright and accurate coloring.

This is what I feel the Samsung 27-inch WQHD Curved Gaming Monitor offers, on paper. It’s a widescreen, curved display mostly suited for competitive gamers thanks to its high refresh rate. With multiple features suited for the competitive player, it’s the ideal monitor for people looking to build their first gaming setup.

For starters, there’s the high refresh rate and it’s curved

The Samsung 27-inch Curved Gaming Monitor comes with a 144Hz refresh rate, a staple for most. Obviously with such a high refresh rate, you get some kind of increase in gaming performance. With this monitor, my experience was just along what you’d expect.

Every time I played a game on it, the whole experience just felt smooth. I’m not the most competitive gamer in the whole world, as long as I get to run the game. However, to me it still hits differently when you see the game run smoothly as you trudge along the battles. 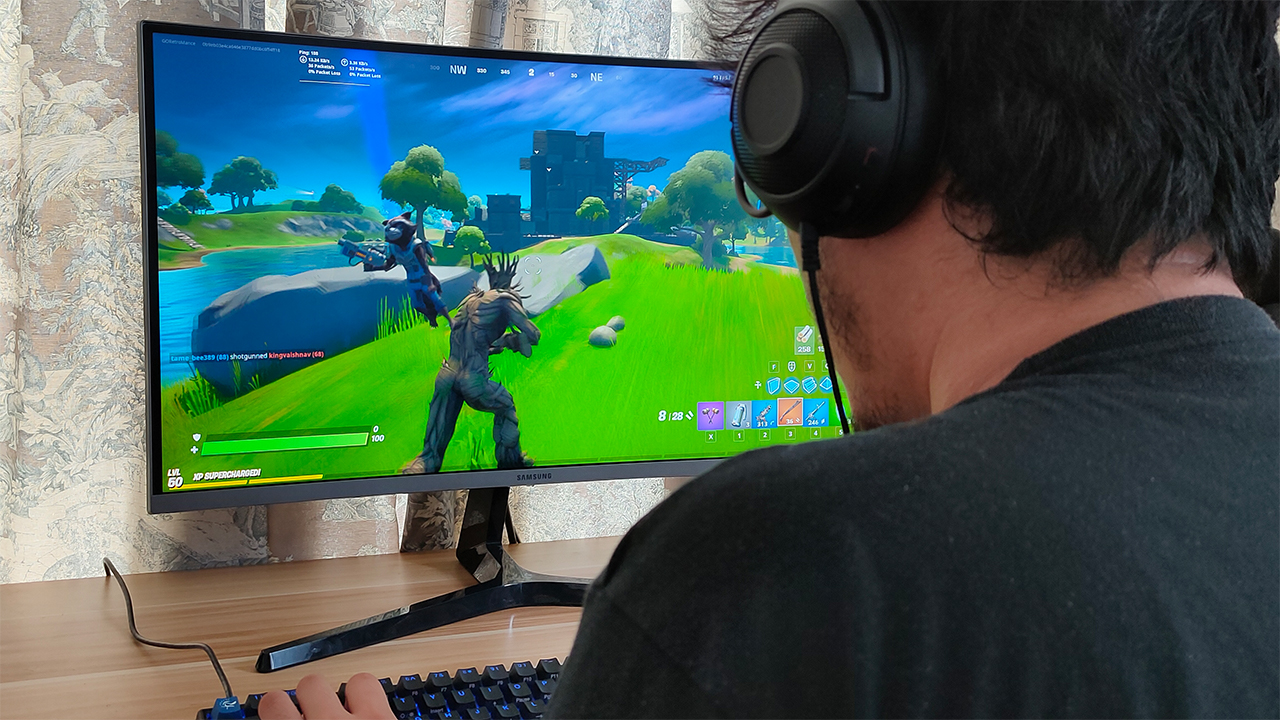 As the name suggests, it’s also a curved display — and I felt this is the ideal way to construct a gaming monitor. Now, for most games I’ve played, having a curved display has its perks. With such a large amount of screen space that just curves along, I roughly get to see the whole game’s environment. In essence, you feel some semblance of immersion every time you play Fortnite or Call of Duty Warzone.

Port selection is pretty great for the most part

Along with the high refresh rate, the Samsung 27-inch Curved Gaming Monitor also has a nice selection of ports. It comes with two HDMI ports and a DisplayPort 1.2, all of which you can switch to on the fly. I feel like this is more of a standard across most gaming monitors, but Samsung does things differently with their ports. 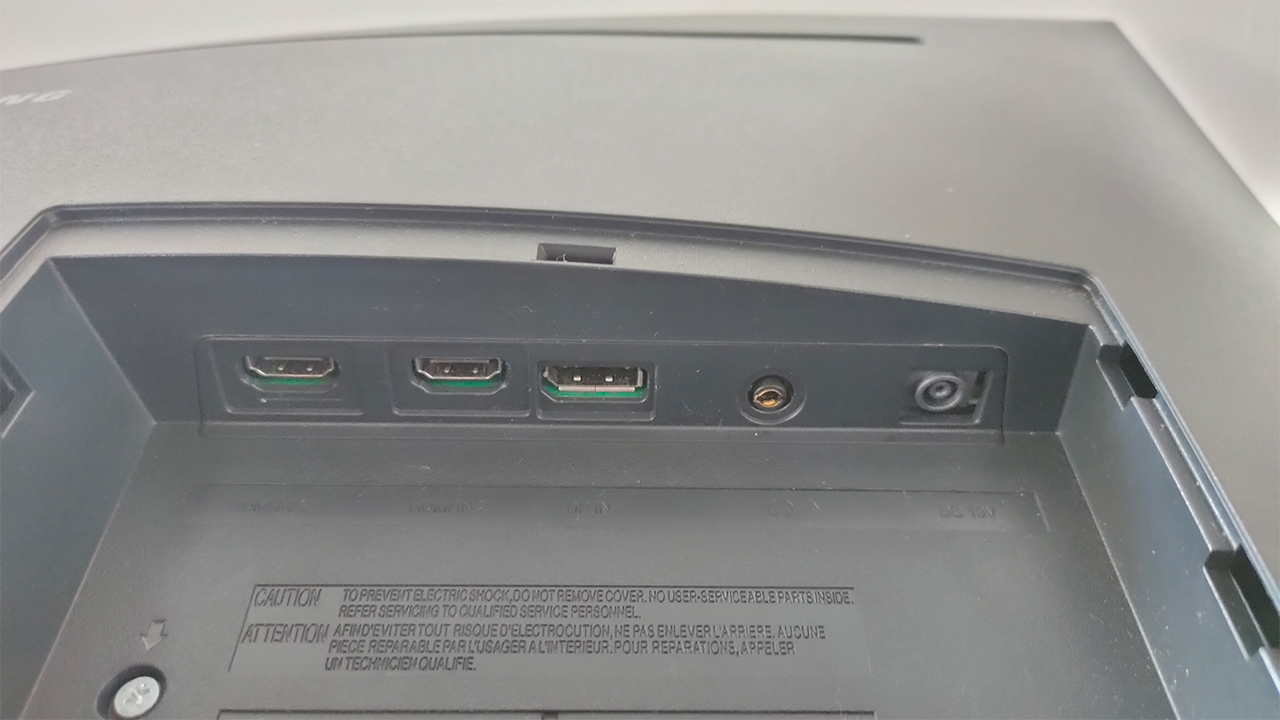 Furthermore, I would have loved for them to include a DisplayPort cable along with the HDMI cable. Given that most GPUs come with a DisplayPort anyway, I think this would have been a nice move. Also, the DisplayPort supports the 144Hz refresh rate so I felt this was a missed opportunity on their part.

Another missed opportunity for this monitor was giving it FreeSync or G-Sync support. I know that other similar models of the Samsung 27-inch Curved Gaming Monitor come with FreeSync support. However, the model I have didn’t — the DisplayPort doesn’t support it, and it honestly would have made the display perform better. 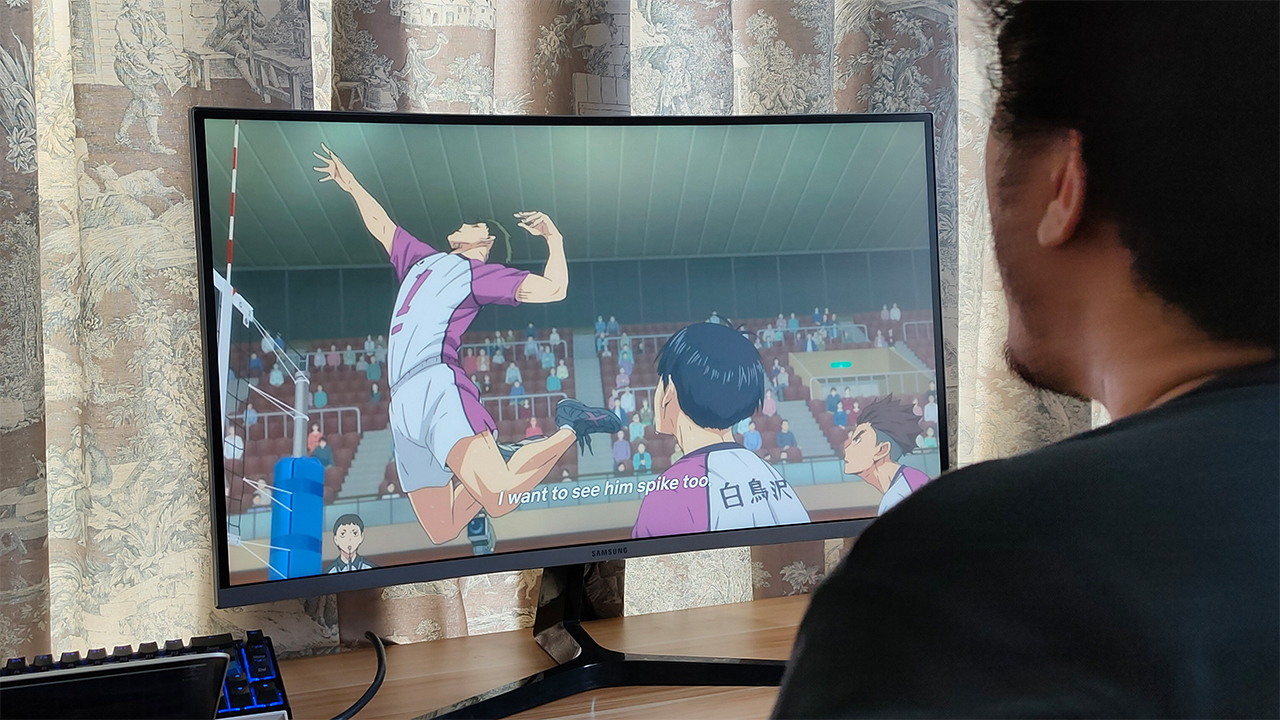 With FreeSync, you’re able to play your games at a stunning rate without losing much detail. In essence, it allows you to react faster — especially for most FPS games like Valorant and CS:GO. Obviously, FreeSync also raises some risks especially when you’re playing for longer hours. However, it would have provided this monitor with better performance if it supported it.

As a casual gamer, I honestly didn’t mind that FreeSync wasn’t supported mostly because I was still happily playing at 144Hz anyway. However, there were instances when I felt the game lag behind a bit. It would have been nice if the amount of lag I experienced was reduced, and FreeSync would’ve been a great thing to have. 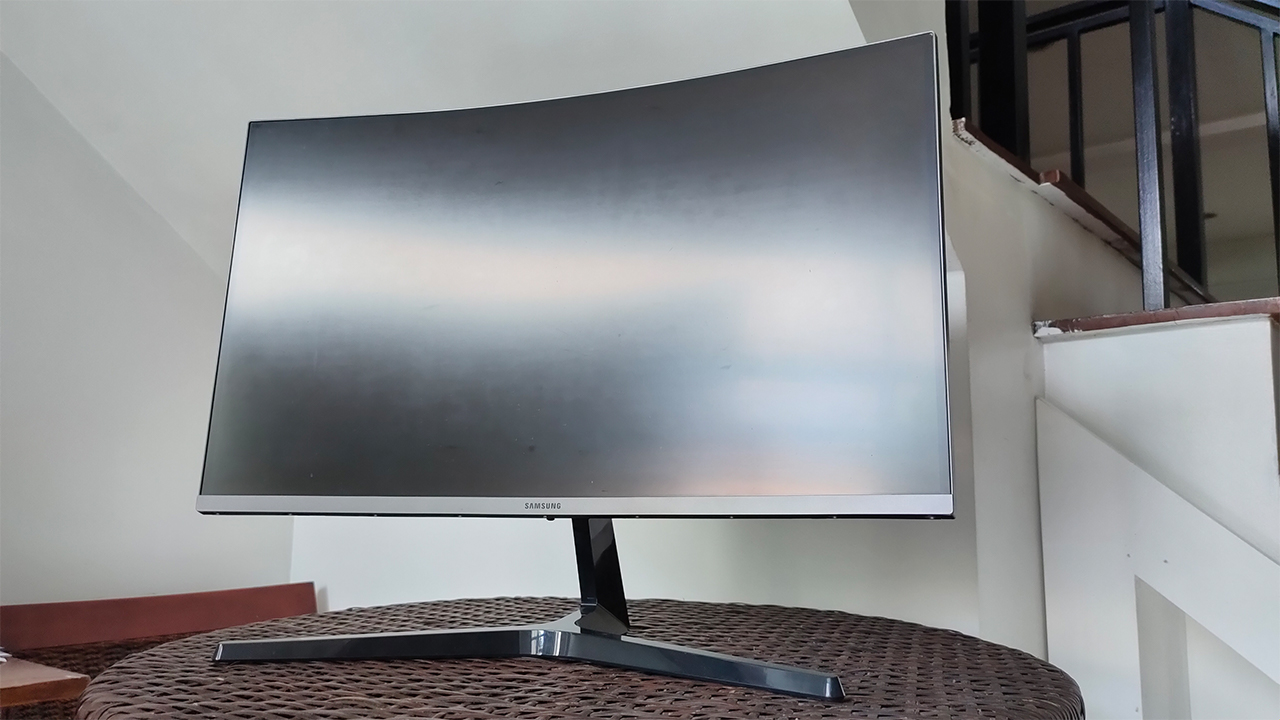 For PhP 27,199 (US$ 562), the Samsung 27-inch Curved Gaming Monitor is a pretty decent curved gaming display. It’s biggest selling point is in its high 144Hz refresh rate, which fits both competitive and casual gamers alike. Also, it being a curved display allows for greater immersion during gameplay.

Of course, this does have some missing technologies that would have made it better. I felt that this monitor had some missed opportunities that would have improved its performance in the long run. But, as a casual gamer, it honestly doesn’t matter to me as much as it would to others.

Overall, this gaming monitor serves its ideal purpose for those who need it. If you’re more casual than competitive, this is honestly all you could ever want. 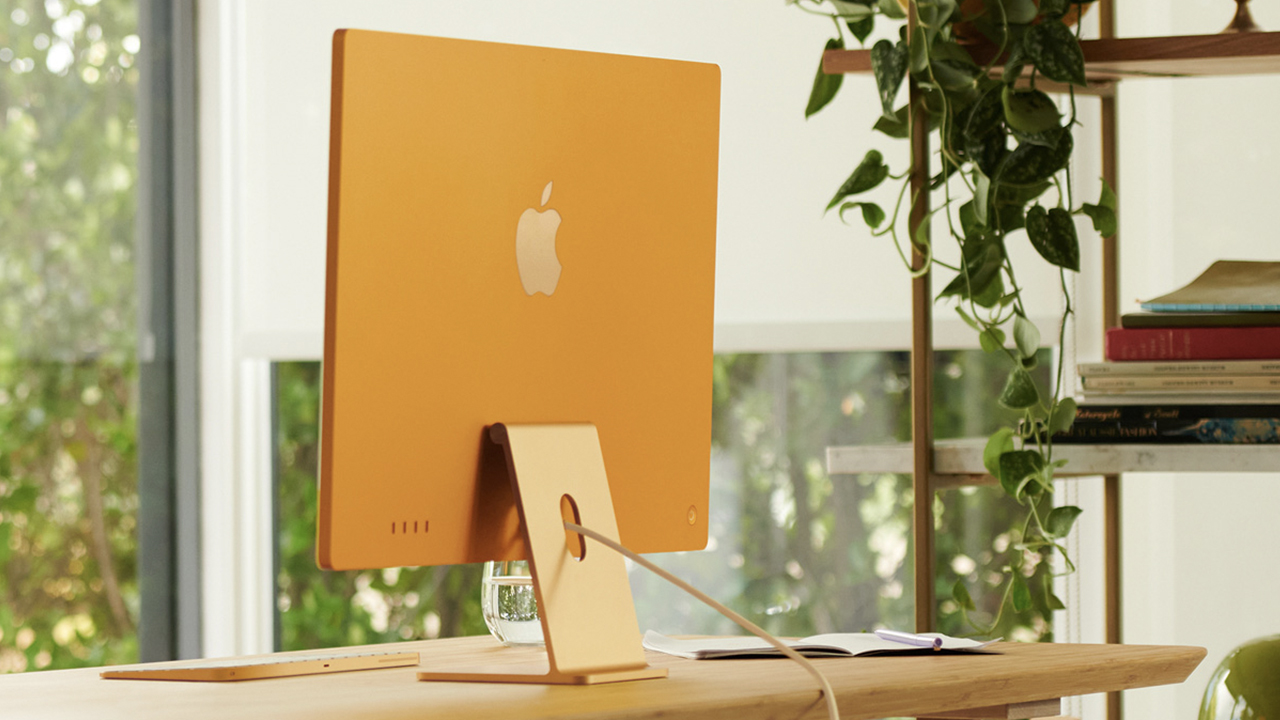 The iMac has remained largely untouched for what felt like forever. Now, the curse appears to have been lifted as Apple finally introduces the new iMac that’s powered by the M1 chip and has a 4.5K Retina display.

What’s up with the M1 chip?

Well, it’s only Apple’s latest and greatest chip for their MacOS machines. It brings forth a leap in power, performance, and efficiency previously unheard of in MacBooks and iMacs of the past. Some performance improvements include a faster more fluid overall feel, no slowdown despite opening hundreds of tabs on Safari, smoother image editing, and a better Apple Arcade experience.

For a full breakdown of the performance improvement, watch this M1 MacBook Air review.

24 inches. 4.5K Retina. 11.3 million pixels. P3 wide color gamut and over a billion colors. 500 nits of brightness. Put them all together and what you get is a computer display that will be a blessing to your eyes.

Apple is promising vivid and brilliant images with a color temperature that adjusts to your environment thanks to True Tone tech. Sweet. 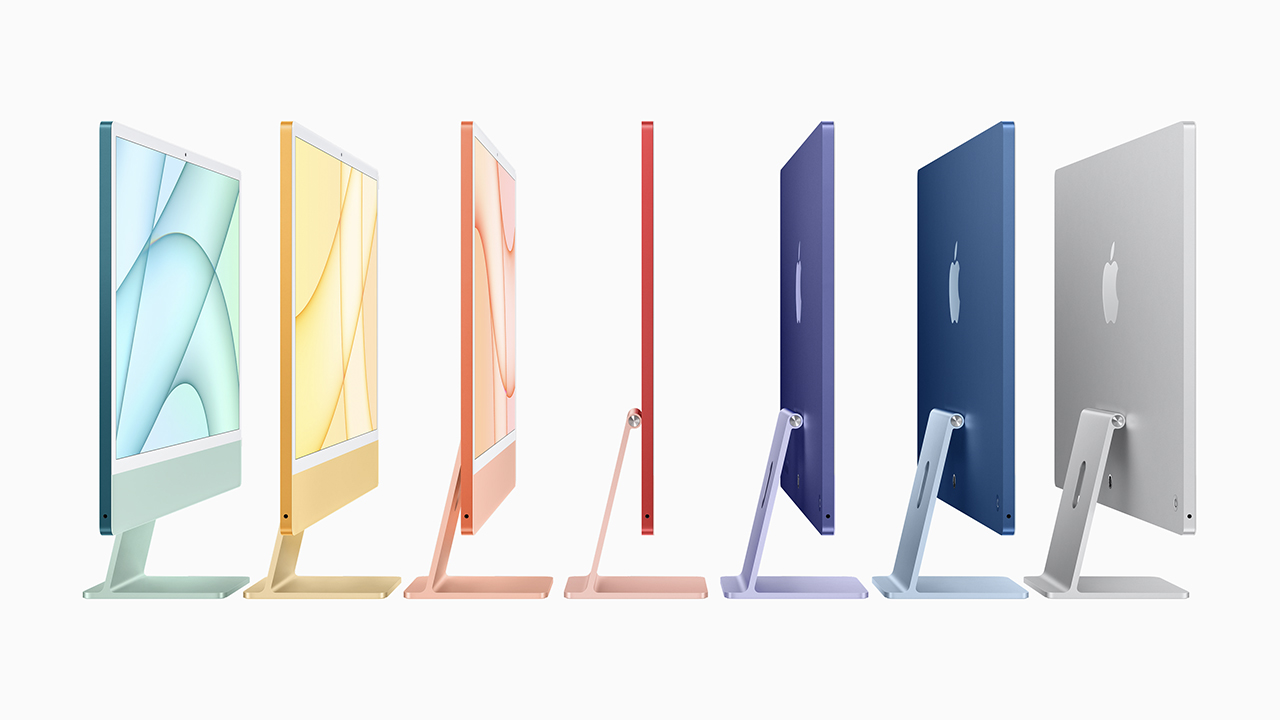 This one’s a nice callback to the iMacs of old that didn’t shy away from a splash of color. From a singular choice of Silver (which is still available, by the way), Apple is now also giving us the following color options: Green, Yellow, Orange, Pink, Purple, and Blue.

Could a PRODUCT (RED) option be in the horizon? We don’t know yet, but we also wouldn’t completely rule it out.

You’ll likely attend a few more video conferences as we navigate this new normal setup most of us are in. You’ll be happy to know that the all new iMac now has a 1080p FaceTime HD Camera. FINALLY.

Supporting the brand spanking new HD camera is what Apple claims to be a studio-quality three-microphone array and six-speaker sound system with Dolby Atmos.

What else is here?

You get two Thunderbolt ports for fast data transfers and support for up to 6K displays. The 8-core iMac models have two more USB-C ports.

TouchID also comes to the iMac with the color-matching Magic Keyboard. The Magic Mouse and Magic TrackPad are also available in colors that match the iMac. You can also buy more than one and mix the colors up. You do you. 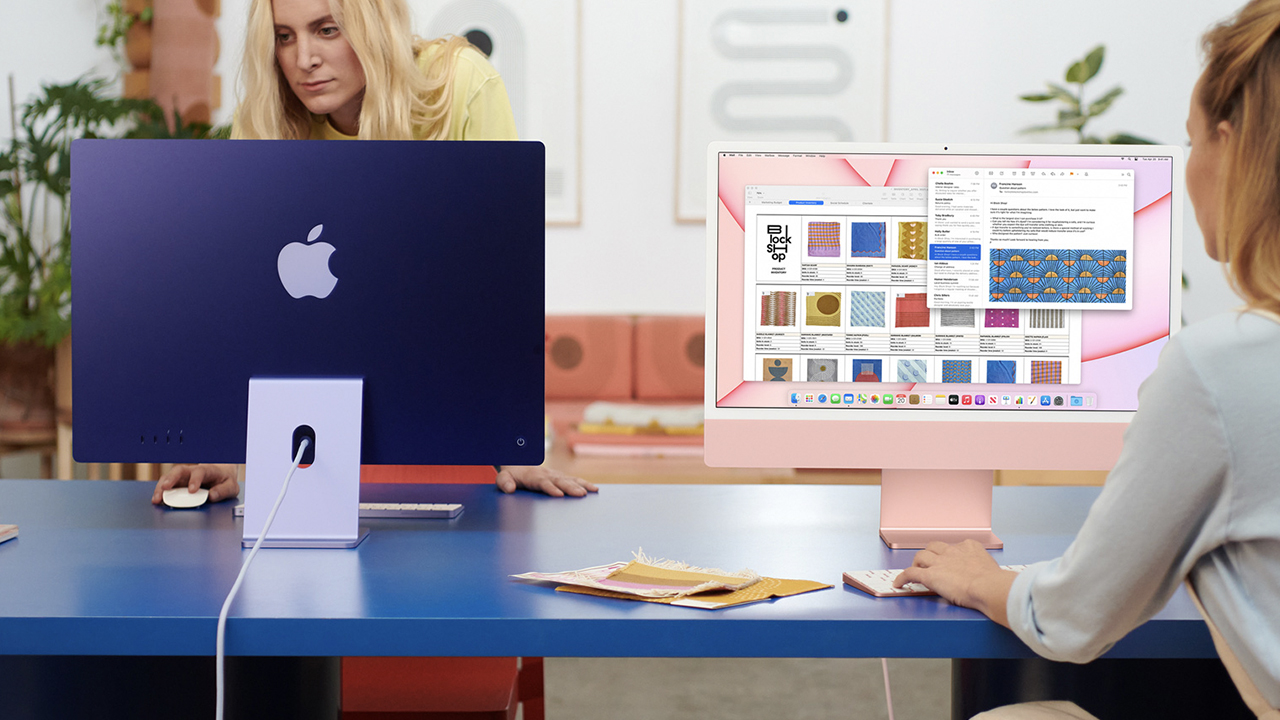 The new 24-inch iMac is available to order beginning Friday, April 30. It will begin arriving to customers and be available in select Apple Store locations and through Apple Authorized Resellers beginning in the second half of May.

Available on apple.com, apple.com/sg, and in the Apple Store app

Put your plans for a PC build on hold! 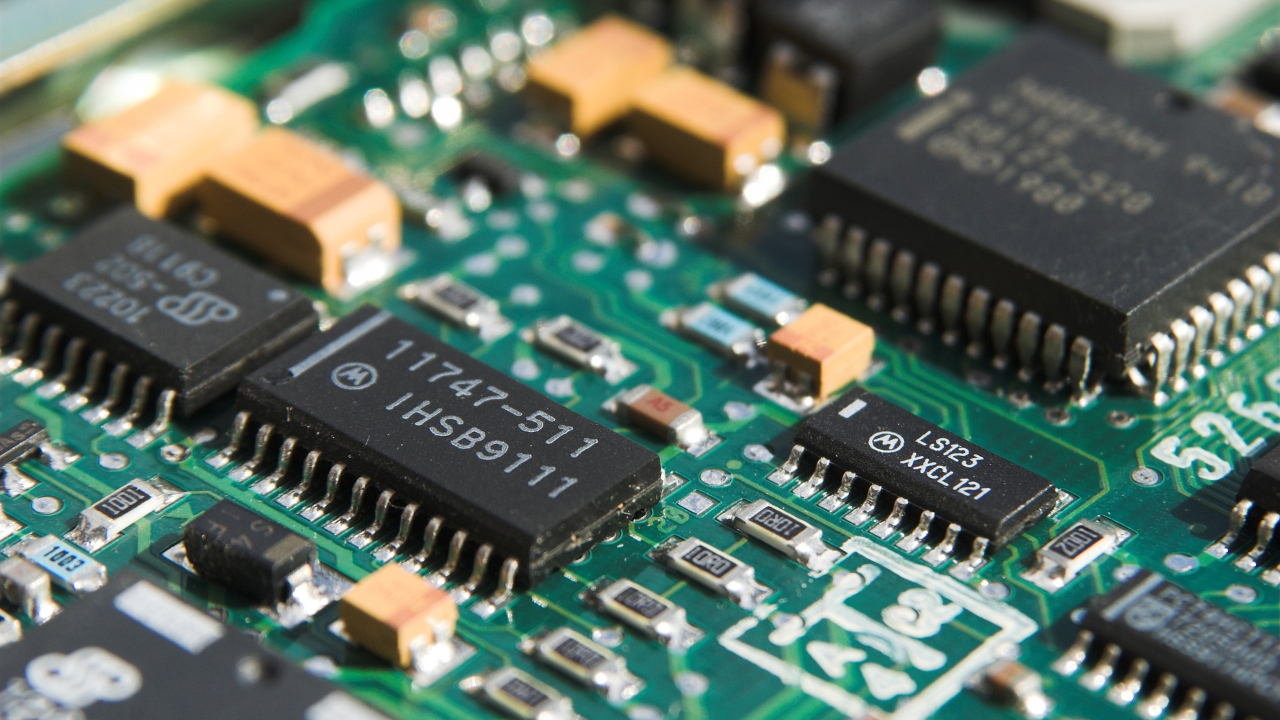 The Coronavirus pandemic prompted everybody to leave the “normal” behind and adopt a completely new lifestyle. With everyone moving to the work-from-home model, the demand for new computers, phones, and other gadgets skyrocketed, bringing another crisis to our doorstep — global chip shortage.

The world’s largest chipmaker TSMC (Taiwan Semiconductor Manufacturing Company), announced its quarterly results this week, posting a profit of almost US$ 5 billion. This marks a 19 percent rise in profit when compared to the previous quarter. The announcement is good news for the investors, but it also highlights how long the shortage will continue.

TSMC CEO C.C. Wei said that the company hopes to offer more capacity and meet the demand by 2023. That’s two years away. And that’s after gearing up to spend a whopping US$ 100 billion in the next three years to ramp up production.

American chipmaker Intel has been plagued with production issues for the last few years and recently disclosed that it would spend US$ 20 billion to set up two new facilities in Arizona, US. However, these production sites take time to come up and can’t be just switched on in a few months.

Even Nvidia isn’t very optimistic about a recovery from the chip shortage anytime soon. “Overall demand remains very strong and continues to exceed supply while our channel inventories remain quite lean,” the company said in its press release. “We expect demand to continue to exceed supply for much of this year.”

Nvidia also has a brand new challenge — the demand for GPUs has skyrocketed ever since Bitcoin, and other cryptocurrencies started their bullish run in 2020. Cryptocurrency evangelists are constantly on the lookout for new gear, further amplifying the chip shortage.

The current state of component availability looks grim, affecting everything from the availability of new graphics cards to processors to next-gen PlayStations and Xboxes. The ripple effects of the shortage are being felt by every technology company, including giants like Apple.